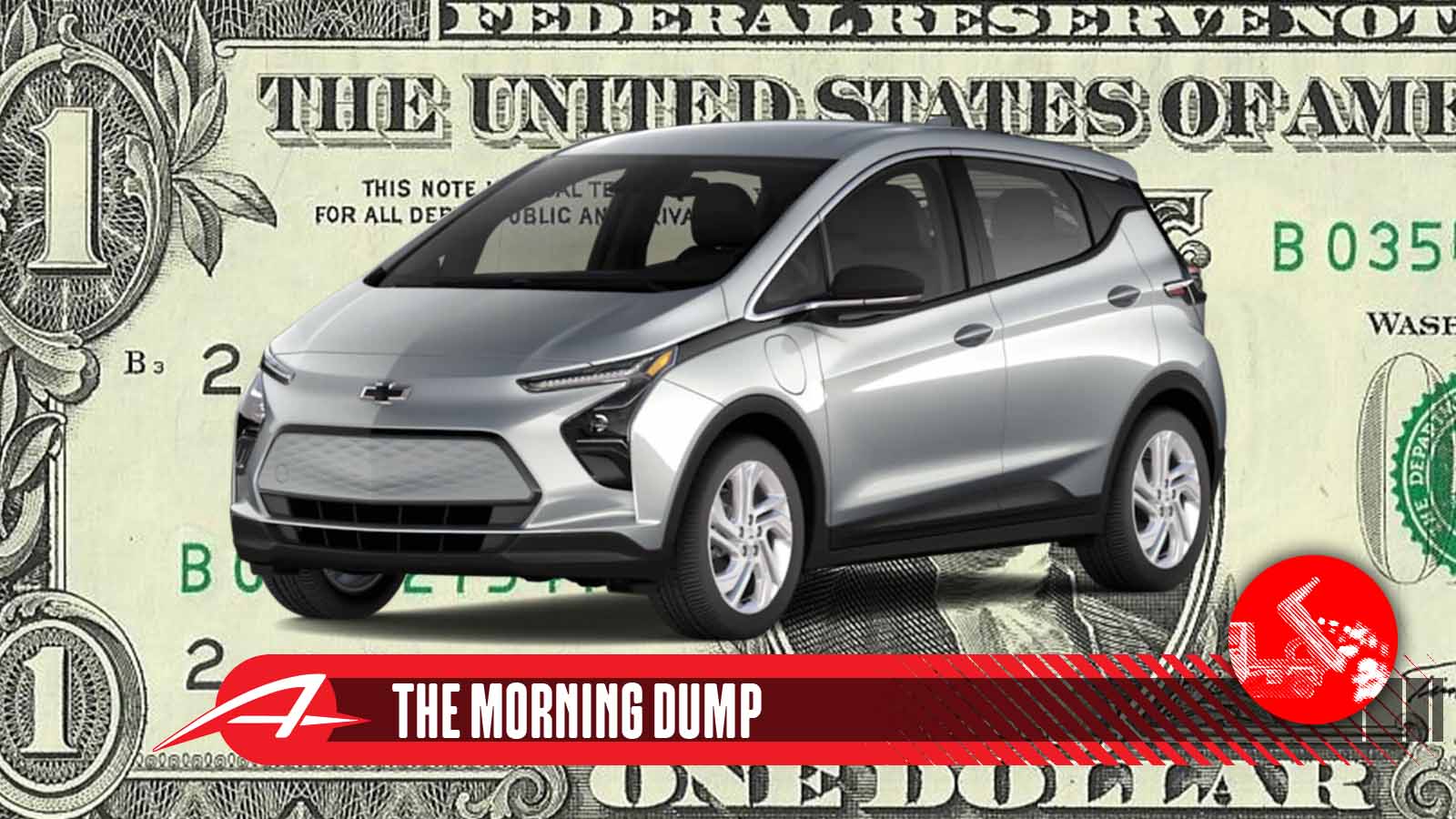 The Treasury Department’s Delay Is Good For Consumers

I love news that continues over three consecutive days and I love news that’s good for consumers. On Monday, we discussed how Senator Joe Manchin (a key vote to passing the Inflation Reduction Act) was pretty steamed that automakers were looking for workarounds to continue to give consumers the full $7,500 EV tax credit. Then, yesterday, we learned that the Treasury Department was delaying an interpretation of certain parts of the law until March 31st, 2023. I surmised that there was an upside for consumers here and now we’ve got details.

You should go read this Associated Press report because they’ve done the hard work of talking to a bunch of people who figured all this out. It seems like some of the requirements for the tax credit will go into effect on January 1st (price limits, income limits), but the vehicles only need to be built in North America with batteries built in North America, the rest of the stuff about sourcing battery materials is delayed.

Basically, this is great news if you were after a Tesla Model 3, a Chevrolet Bolt/Bolt EUV, and a few others.

Here’s the key part, from the AP:

“It should allow some consumers to get an EV a little bit cheaper than they might have otherwise,” said Chris Harto, a senior policy analyst on transportation and energy for Consumer Reports magazine.

With a base price of $26,595 including shipping, General Motors’ Chevrolet Bolt hatchback is among the lowest-cost EVs on sale in the U.S. today. A $7,500 tax credit would knock the price down to just over $19,000 – less than the average price of a used vehicle in the U.S. That could bring buyers off the sidelines.

This is going to cause some chaos as your dealer might not know what is going on and, frankly, there’s still some of this that feels up in the air. My best advice is to print out the AP article (or this article from The Verge) and take it with you.

If the car you want still qualifies under the old rules you need to buy it in the next 10 days. Super excited about the Kia EV6 or Hyundai Ioniq 5? Go get it right now; those aren’t built in North America, so they’re screwed starting in January.

If you wanted a car that no longer qualified (this mostly applies to GM and Tesla, according to everything we have read), it seems like buying between January 1st and March 31st is the ideal time to snag an extra $3k or $4k off the price if the car is below the price cap and your income is below the new income cap ($150,000 for a single taxpayer, $300,000 filing jointly.)

Because most automakers have not sourced battery materials or built battery factories here, it’ll probably be a couple of years before the full $7,500 tax credit is back in place for most electric cars. That, or the feds will back off on some of these sourcing rules. We could definitely see that happening. 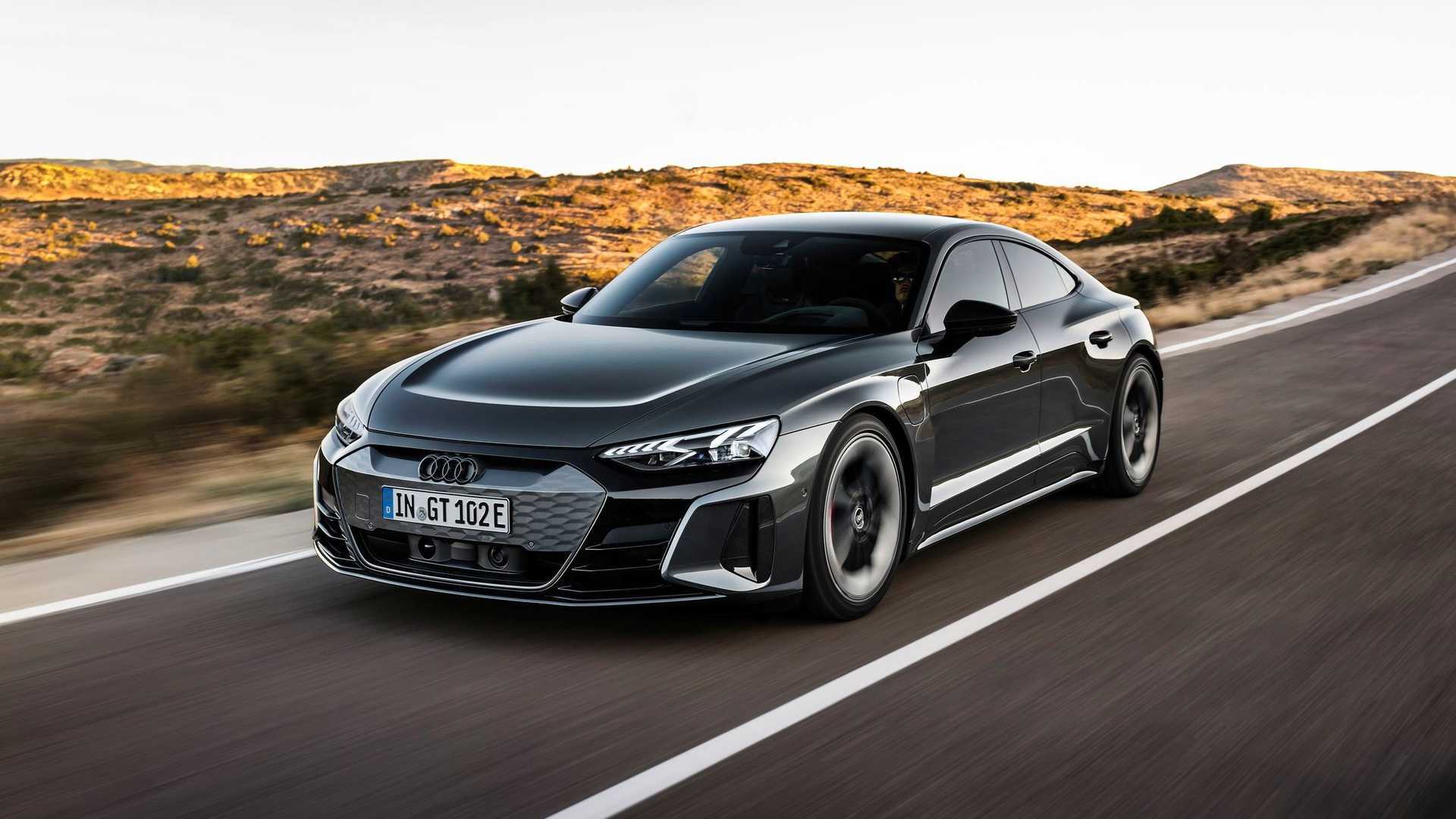 Audi has pledged to stop introducing new gas-powered models after 2026 and phase out all non-EVs by 2033, according to a new press release that outlines the company’s plans.

Here’s what Audi is saying:

Audi is all in on electromobility: As of 2026, the brand with the four rings will only launch all-electric models onto the global market, gradually phasing out production of its combustion models by 2033. Based on this clear decision made as part of its Vorsprung 2030 corporate strategy, Audi is now taking steps to prepare its global facilities for the production of all-electric cars.

Unlike many of its competitors, Audi is building on its existing global production network to achieve this vision. “Step by step, we are bringing all our sites into the future,” says Audi Board Member for Production and Logistics Gerd Walker. “We don’t want any standalone lighthouse projects on greenfield sites. Instead, we are investing in our existing plants so they end up being just as efficient and flexible as newly built production sites or greenfield plants.” According to Walker, this is sustainability in action – in economic, ecological, and social aspects. “The path Audi is taking conserves resources and accelerates our transformation to a provider of sustainable premium mobility,” Walker emphasizes.

Electromobility is such a German way to put it!

Electrek, which is often fairly well-sourced when it comes to Tesla, is reporting that Tesla is going to reinstate a hiring freeze and start laying off people soon.

Tesla has communicated to some employees that it is stopping hiring for now. On top of the hiring freeze, Tesla also said that teams will be expected to make layoffs during the first quarter of 2023.

It’s not clear how extensive the hiring freeze will be as Tesla is still planning to expand in some manufacturing locations. No further details were made available at this time.

The moves come as Tesla’s stock has been falling all year despite the company’s financials hitting new records virtually every quarter.

We’d reach out to Tesla for comment but they don’t have media/comms people anymore so we can’t. [Editor’s Note: Maybe we’ll just tweet at Elon Musk from The Autopian’s account. That seems to get things done these days. -PG]

Wells Fargo To Pay $3.7 Billion For Auto And Mortgage Chicanery

And now for a brief musical interlude:

Oh well, the Wells Fargo wagon is a… comin’ down the street, I can’t wait to see how they’re gonna screw me!

Wells Fargo is finally going to pay up for royally misleading customers of its auto loan and mortgage products, including repossessing cars for no reason other than greed.

From a CNN report:

The CFPB ordered Wells Fargo (WFC) to pay the $1.7 billion civil penalty in addition to more than $2 billion to compensate consumers for a range of “illegal activity.” CFPB officials say this is the largest penalty imposed by the agency.

Has Wells Fargo learned its lesson?

“Wells Fargo’s rinse-repeat cycle of violating the law has harmed millions of American families,” Rohit Chopra, the CFPB’s director, said in a statement.

During a call with reporters, Chopra said the new settlement should not be read as a signal that “Wells Fargo has moved past its long-standing problems or that the CFPB’s work is done here.”

Are these sudden changes in the enforcement of tax provisions make you want to get off the fence and buy an EV? Or are you still waiting for the industry to catch up?

Howdy! I'm the Publisher of The Autopian which means I'm to blame for at least a small part of this. I used to run another car site and then made movies and TV shows. Now I'm here to convince you to buy a Peugeot.
Read All My Posts »
PrevPreviousCanadian GMs Sure Know How To Flex: Cold Start
NextThrowing Common Sense Out The Window: 1980 Porsche 924 vs 1984 Mercedes-Benz 380SECNext