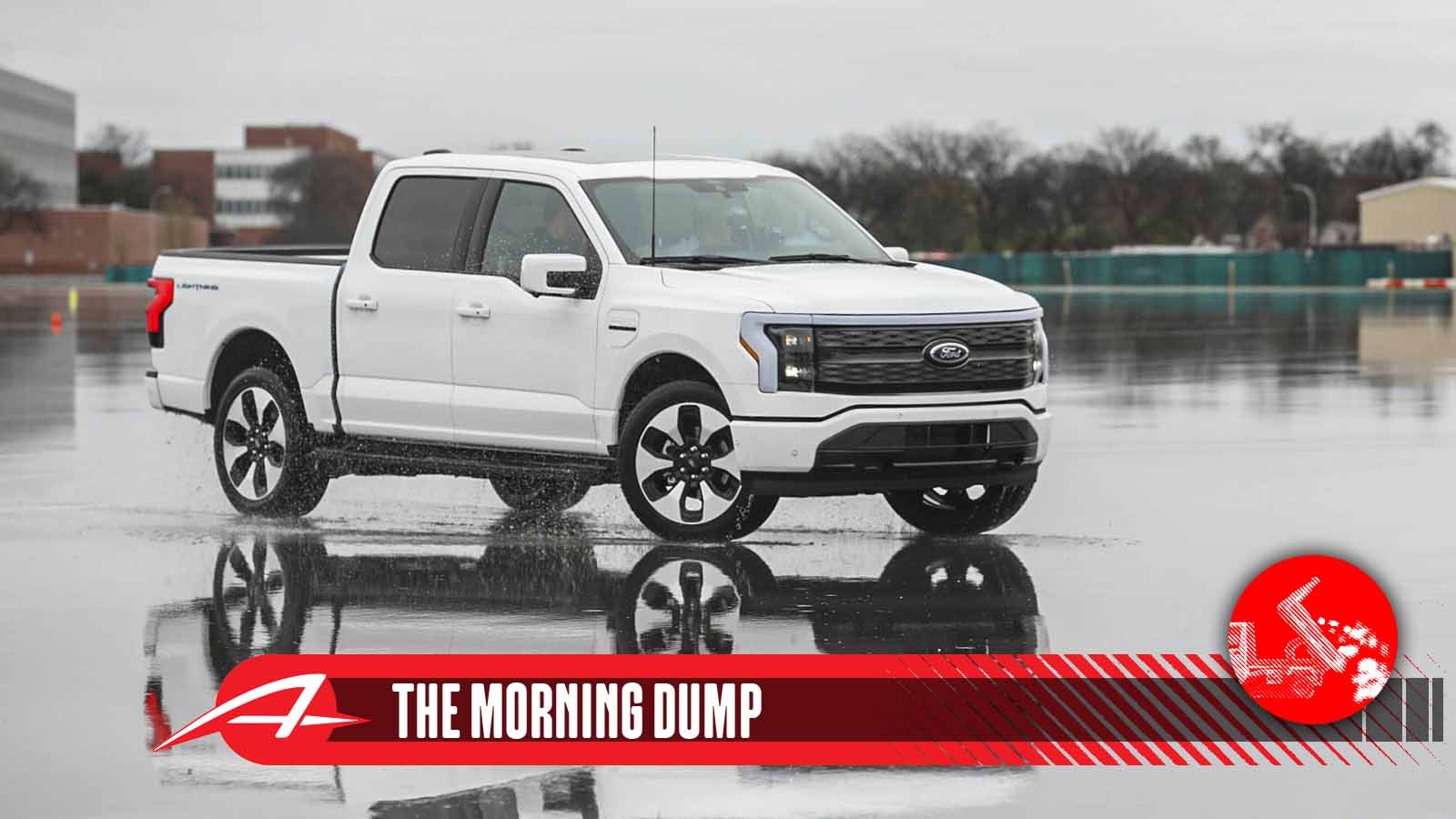 Car companies have learned that they can launch a car with an extremely low price, grab a lot of headlines, and then quickly raise that price and just face a few headlines like this. So here we go: Ford is increasing the price of the base (Pro) F-150 Lightning electric truck to $55,974 (+$1,895). If this feels like deja vu this is because this isn’t the first time this has happened.

The folks over at Electrek have been keeping track:

When Ford announced pricing for the F-150 Lightning, it surprised many with a starting price of $40,000. It appears to aim to compete with Tesla’s Cybertruck base price announced a few years prior.

However, the price didn’t last long.

Then again, just a few months ago in October, Ford increased the base price of the F-150 Lightning to $52,000 this time.

[Ed note: This happens to lots of vehicles. The 2023 Jeep Wrangler’s price just jumped over $1,000 for no additional content. Maddening. -DT]

If you’ve already put in an order and are awaiting delivery, your price is safe. The same thing happened to the Maverick and it’s just a reminder that, if you really want a car, there are some advantages to putting in the order as soon as you can.

There have been multiple instances of crashes and immobilized Cruise vehicles in San Francisco lately. Welcome to the future, where a car with no driver parks behind another car with no driver and just sits there. The National Highway Traffic Safety Administration has had enough and has launched a probe into Cruise’s operations, according to Reuters reporter David Shepardson.

Cruise said it has “driven nearly 700,000 fully autonomous miles in an extremely complex urban environment with zero life-threatening injuries or fatalities…. There’s always a balance between healthy regulatory scrutiny and the innovation we desperately need to save lives, which is why we’ll continue to fully cooperate with NHTSA or any regulator in achieving that shared goal.”

NHTSA said it plans to fully assess the potential safety-related issues posed by these two types of incidents and will review “the commonality and safety logic of the hard braking incidents” and the “frequency, duration and safety consequences associated with the vehicle immobilization incidents.”

Last month, Cruise Chief Operating Officer Gil West told Reuters the company plans to enter a “large number of markets” and scale operations up to “thousands of vehicles” in 2023.

There’s this great scene in “The Magnificent Ambersons” wherein one of the characters is driving an extremely early automobile, with its seemingly endless problems and off-putting noise. When people see the horseless carriage driving down the street (or broken down) they jeer and yell “Get a horse!”

By the time Booth Tarkington wrote the novel, in 1917, the cars had won and the horses had lost. That moment will probably come for driverless cars and the question is always: How long will that be? Seems like it’s going to be a while to me, but maybe in a decade I’ll look back on me yelling “Get a driver!” and laugh at my pessimism.

It should be clear at this point that The Autopian maintains a great deal of skepticism towards troubled EV company Faraday Future. I refer you to: “Faraday Future Continues To Produce More Drama Than Actual Cars” and “Controversial Chinese Billionaire Will Try To Save EV Company That Spent $3 Billion And Hasn’t Delivered A Car.”

This is one of those situations where it would be nice to be wrong. I’ve actually met a couple of Faraday Future employees and they seem quite smart and believe in a lot of what the company is doing, technologically. In the spirit of optimism and Christmas and Saturnalia and all that, I’ll share some of their updates:

Anticipated start of production of FF 91 Futurist at FF’s manufacturing facility “FF ieFactory California” at the end of March 2023, coming off the assembly line in early April, deliveries to users anticipated to begin April 2023, subject to timely receipt of additional financing and stockholder approval

On that last key piece:

The Company has received a draft $30 million binding letter of intent from a current FF investor, which remains subject to Board approval and certain conditions including the negotiation and execution of definitive documentation

The Chicago Auto Show Is Back, Baby!

My first ever auto show as a professional member of the media was the Chicago Auto Show. I essentially bluffed my way into a press pass from Ray Wert. It was great fun and changed my life. It was a little less fun for Ray and Mike Spinelli as they suddenly had an enthusiastic kid in his early 20s running around and annoying everyone in the press room with his constant loud chatter [Ed Note: Some things never change. -DT]. They got over it.

Even in the peak era of auto shows, Chicago was never the place where the biggest news was broken, but it was always the biggest place where news was broken. Set inside the city’s cavernous McCormick Place, the show won on sheer acreage. It was gigantic. The pandemic led to the show shrinking a bit but now it’s back to full-size! From their release:

The Chicago Automobile Trade Association (CATA), producer of the Chicago Auto Show, today announced it will reopen the north exhibit hall of McCormick Place, expanding once again to a two-hall show and reenlisting brands that missed during the pandemic. The 2023 show, Feb. 11-20, is positioned to be the most experiential Chicago Auto Show yet, offering outdoor ride-and-drives as well as a handful of brand-new indoor test tracks including a 100,000 sq.-ft. destination featuring EV test drives and education, called Chicago Drives Electric.

Additionally, the 2023 show will bring back fan-favorite events that took a backseat during the pandemic including Chicago Friday Night Flights, a local craft beer sampling event, and the Toyota Miles Per Hour run, where runners can experience the auto show via a 2.4-mile loop inside McCormick Place before the event doors open to the general public.

“Whether you’re interested in running or sipping your way around the show, are an auto enthusiast, or simply in the market to shop and see what’s new, there’s truly something for everyone at the 2023 Chicago Auto Show,” Keefe added.

I lived in Chicago and the two things I remember distinctly are:

Somehow, they auto show has addressed both of these issues at once! Amazing!

When it comes to buying new cars (or new anything) are you a fast-mover or a waiter? Were you the first person to get an iPhone or did you let the bugs get worked out first?

Howdy! I'm the Publisher of The Autopian which means I'm to blame for at least a small part of this. I used to run another car site and then made movies and TV shows. Now I'm here to convince you to buy a Peugeot.
Read All My Posts »
PrevPreviousReliable As Gravity: 1996 Toyota Camry LE V6 vs 2001 Lexus GS430
NextThe Beautiful 2023 Toyota Prius Configurator Is Out: How Would You Spec Yours?Next