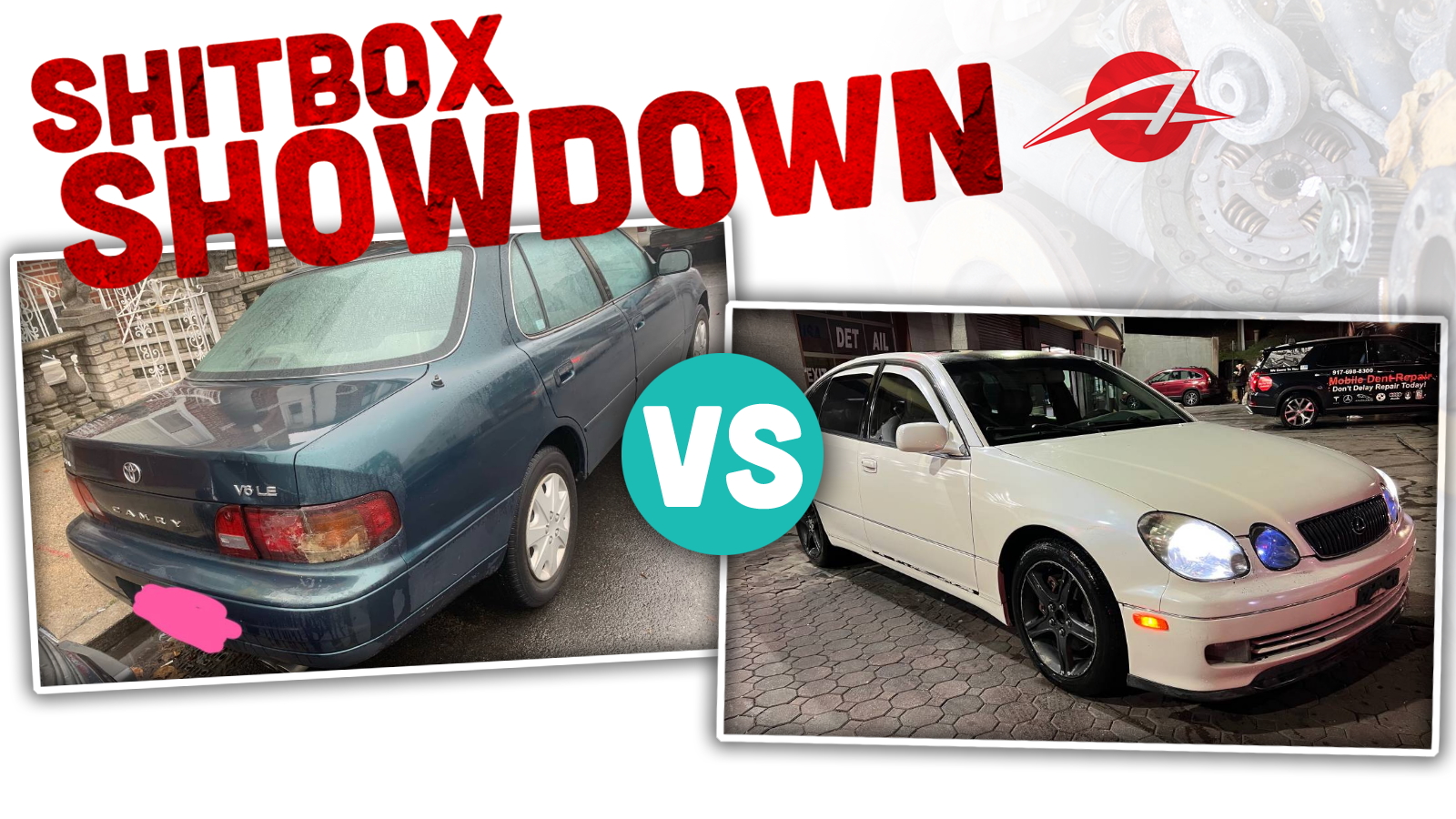 Welcome back to Shitbox Showdown, where we double-fist cheap cars while listening to loud music until you tell us to put one down and take it easy. Since yesterday’s match-up was a little scary, we’re headed to New York in search of genuinely reliable used cars. Cars with reputations like anvils, except animated coyotes are less likely to be hit on the head by them. But first, let’s take a look at how yesterday’s battle between a rusty Swede and a high-mileage German went. 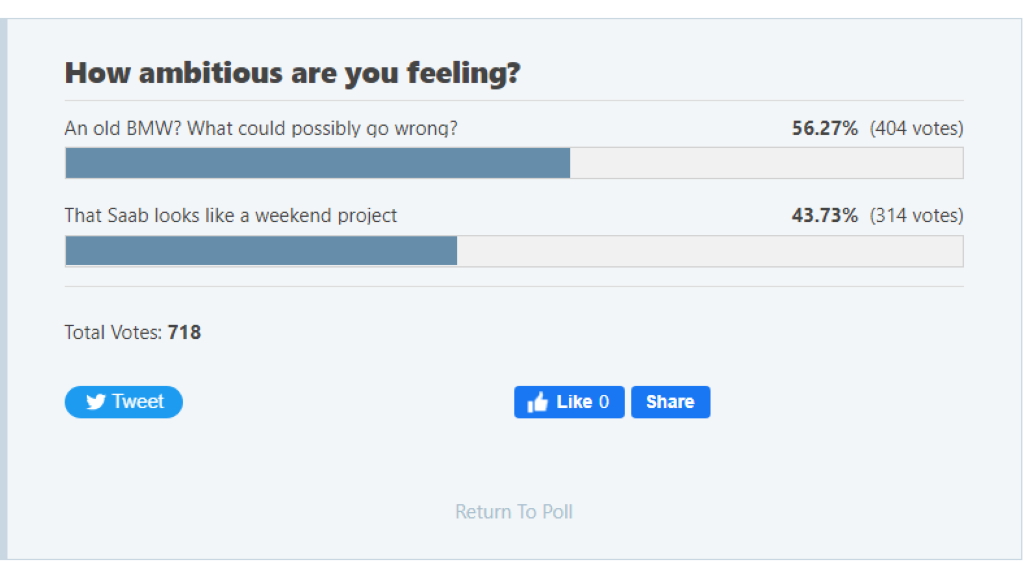 Surprisingly close considering that the Saab needed a subframe, but the 525iT takes the win. I get it, it’s easier to start with a relatively clean car rather than a rusty one, although who knows what lurks beneath that duct taped hatch? Anyway, today’s theme is reliability, and I’ve found two cars that seem similar on the surface. They both have four doors, they both have five seats, they’re both even made by the same company. However, virtually everything about them is different, for reasons that are likely obvious. 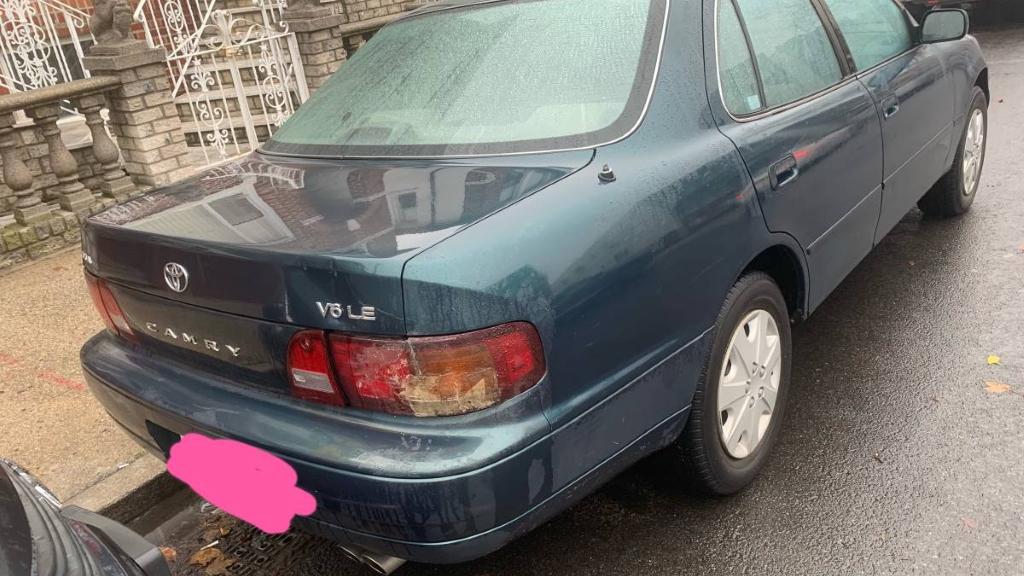 Let’s kick if off with an archetype, the XV10 Toyota Camry. It might just be Toyota’s most important car of all time, including the 2000GT. Controversial, I know, but this was such a radical step forward not just for Toyota but for the American midsize sedan market. Not only was the first Camry specifically designed for America, it offered proper luxury car refinement and incredible reliability. To put things in perspective, this car and the second-generation Ford Taurus dropped in the same year and the Ford just couldn’t touch the Toyota for refinement. 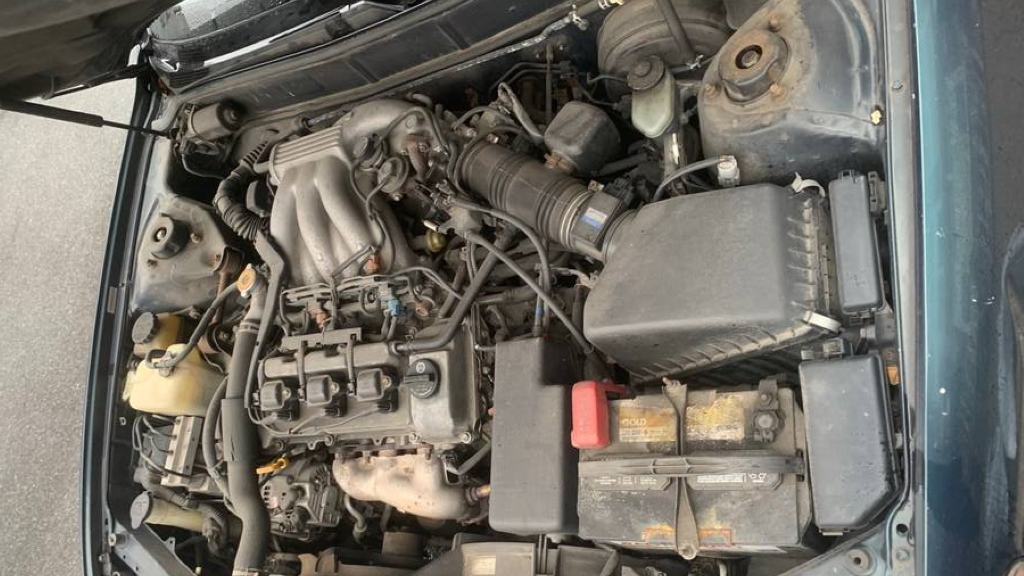 This particular example sports the absurdly smooth 1MZ-FE three-liter quad-cam V6, good for 188 horsepower and 203 lb.-ft. of torque. Paired with an equally-smooth four-speed automatic gearbox, it should get you where you need to go without so much as waking a sleeping passenger. 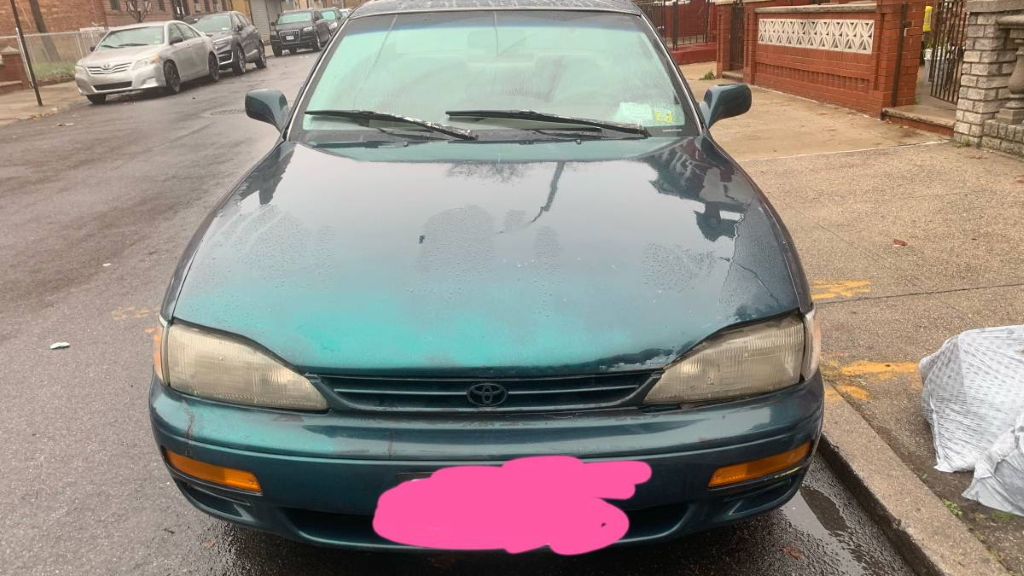 On the outside, this Camry does have its flaws. There’s a dent in the hood and the right tail lamp is being held together with tape, battle scars from the streets of Brooklyn. Nevertheless, it looks fairly straight otherwise, and kudos to the original owner for deciding to go with an actual color. 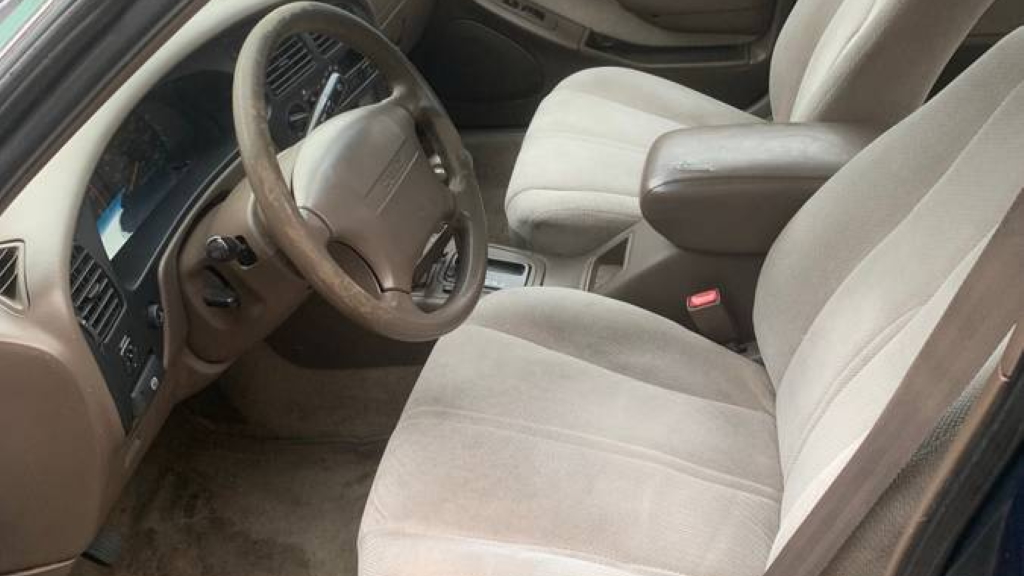 Moving to the interior, everything seems remarkably well-kept. The outer bolster on the driver’s seat, often a wear point on any used car, looks just as good as the day it left the factory. Doesn’t it feel like you could just sink right into that plush upholstery? What’s more, the dash and door cards appear to be in great shape, and the carpet in the rear footwells looks remarkably fresh. Sure, this Camry may have some cosmetic flaws, but it’s a Camry – the textbook used car champ. What could possibly beat it? 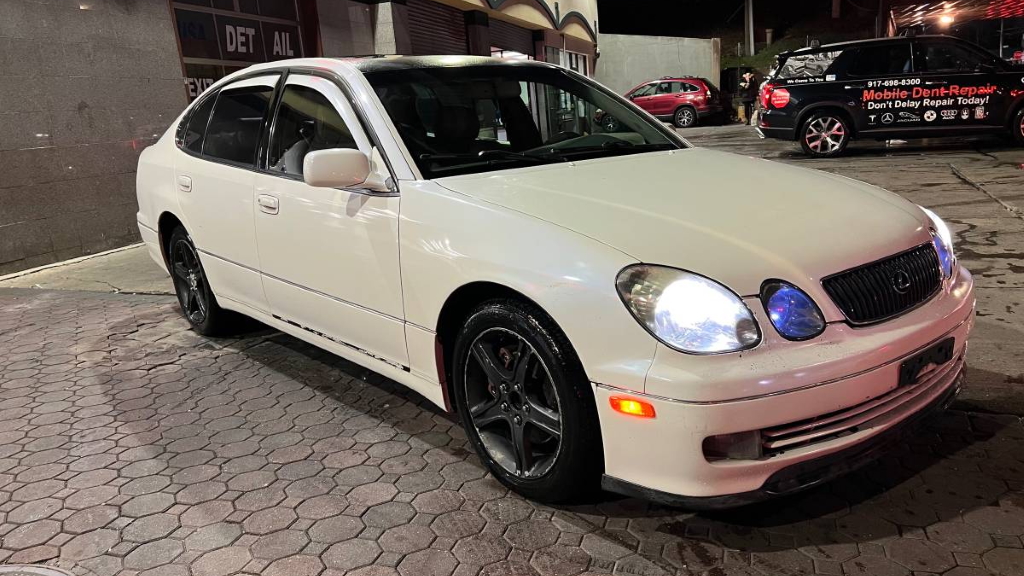 How about a fancier Toyota? Welcome to the Lexus GS430, a car that was much quicker than its visage suggested. Back when this thing was new, no Fox body Mustang owner sitting at a red light would expect this typically champagne-colored boat to click off a sub-six-second zero-to-sixty run. The GS430 takes most of the positive traits of a Camry, adds a sports sedan twist, and turns the whole package up to 11 – including the price. 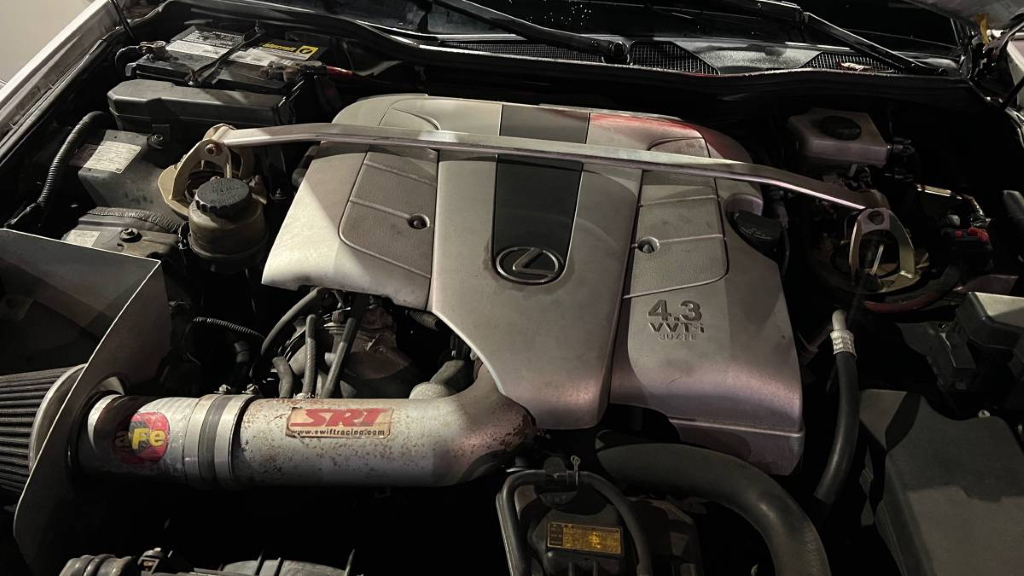 Under the hood sits the 3UZ-FE 4.3-liter quad-cam V8 with variable valve timing. This gem of an engine cranks out an even 300 horsepower and 325 lb.-ft. of torque, which means that this 21-year-old machine is new car fast. Sure, it takes a three MPG combined hit over the Camry and runs on premium fuel, but that’s a small price to pay for this level of performance. Plus, the owner of this GS430 has fitted an AFE cold air intake which I doubt improves performance but should certainly let you hear that V8’s induction noise. 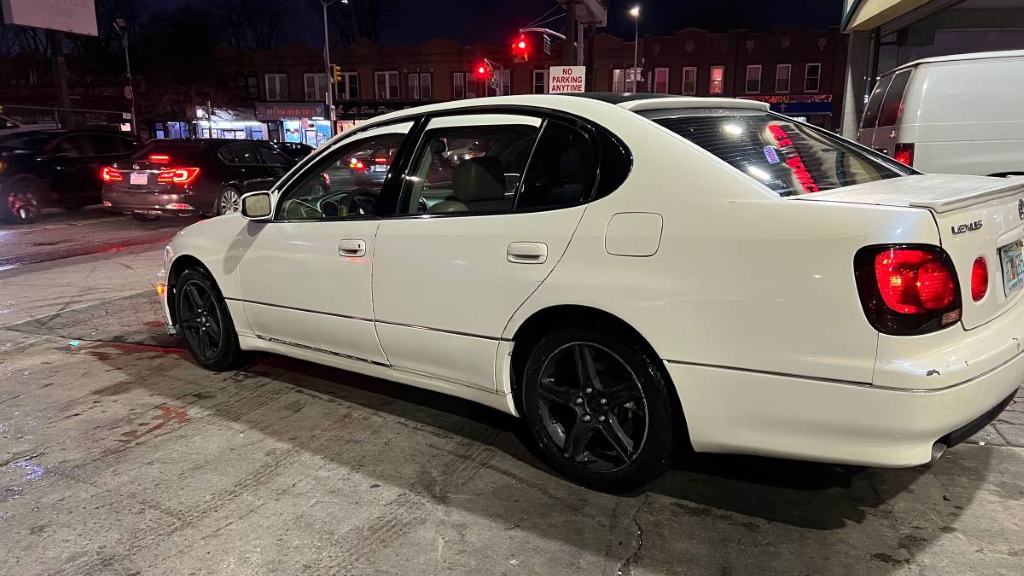 On the outside, this GS430 could use a few little tweaks. I’m not a huge fan of the IS300 wheels that are on it right now, but it’s entirely possible that this is a winter setup. In addition, the color-keyed window visors are likely practical, but they’re not everyone’s visual cup of tea. Oh, and maybe ditch the blue bulbs in the inner lamps for white ones. Still, the car itself looks to be in good shape and I’m really digging the subtle lip spoilers. 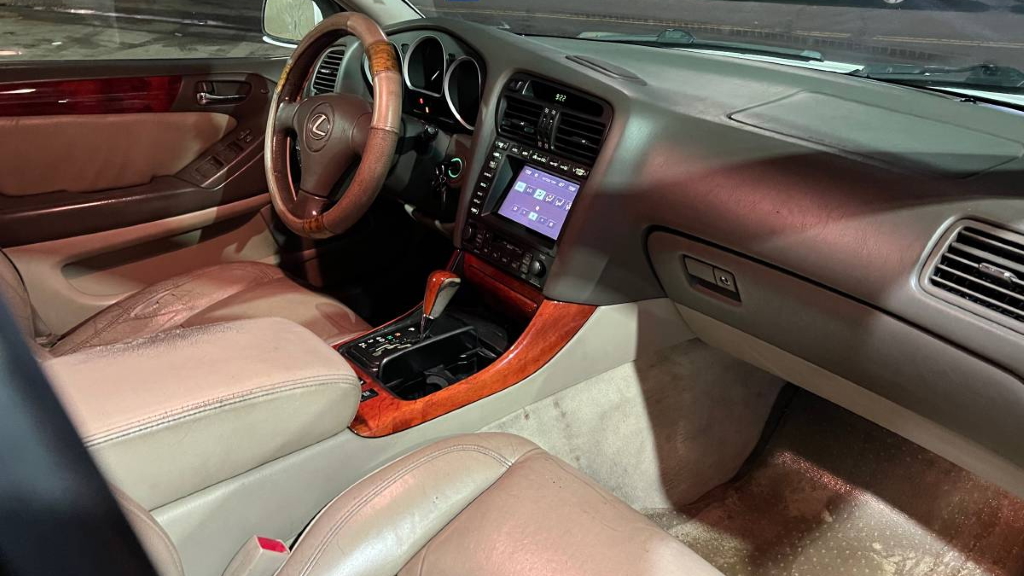 Moving to the interior, this GS is showing a few signs of age. The leather on the driver’s seat and console lid shows a few cracks, and I’m not feeling confident about the condition of the steering wheel under that cover. Still, the rest of the upholstery looks to be in great shape and the current owner’s even thrown in a modern touchscreen head unit for phone connectivity. Throw in the typical luxury features of the era like heated seats and automatic climate control, and this thing should be a stupendous daily driver.

So there we are, Toyota versus fancy Toyota. One’s a whole lot cheaper and has an interior that’s in beautiful shape, but one’s a whole lot faster and more luxurious. As ever, choose wisely.

The Incredibly, Jaw-Droppingly Beautiful Lexus LC 500 Is Changing For 2023 Even Though It Doesn’t Need To

Thomas is a Nu Rave-blaring, heel-toe downshifting, maple syrup-swilling, chassis-geeking, junkyard parts-hauling, floppy-haired scenester who's been writing about cars since college. His current ride is a 2006 BMW 325i with the six-speed manual gearbox. Instagram: @thomas.hundal Twitter: @thomashundal
Read All My Posts »
PrevPreviousI Had No Idea A Lobster Race Car Livery Could Be So Good: Cold Start
NextFord Raises The Ford F-150 Lightning Base Price, AgainNext