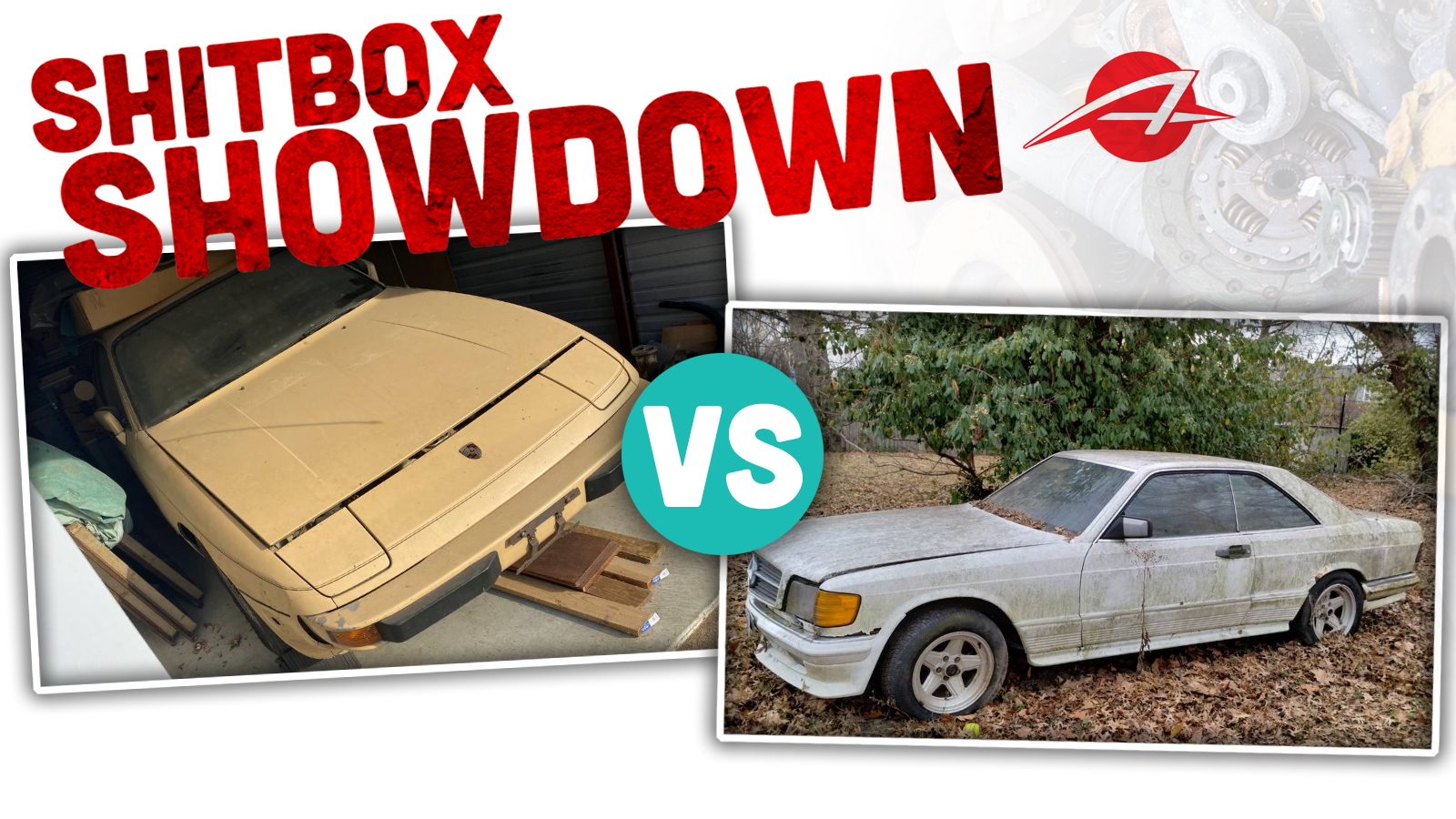 Welcome back to Shitbox Showdown, where we sift through the online classifieds looking for a weapon to surpass Metal Gear. Today, we’re lighting our money on fire. But before we get to that, let’s look at how yesterday’s battle of very reasonable cars went. 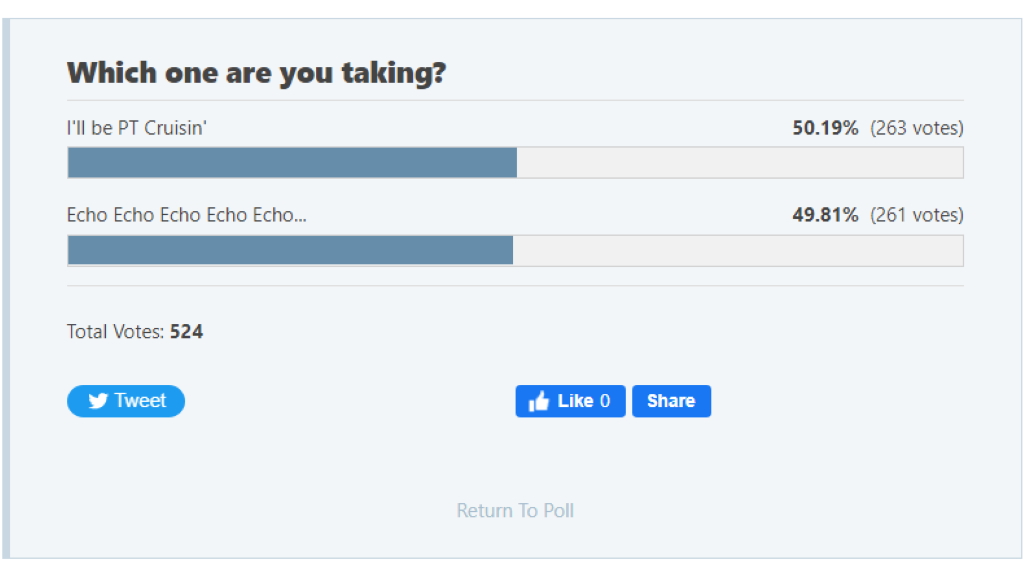 It’s unbelievably close, but the PT Cruiser takes it by precisely two votes. Anyway, we’ve had too many practical cars so it’s time for some projects. Let’s jet off to the most cursed state in the union according to the internet, Ohio, in search of some proper shitboxes. 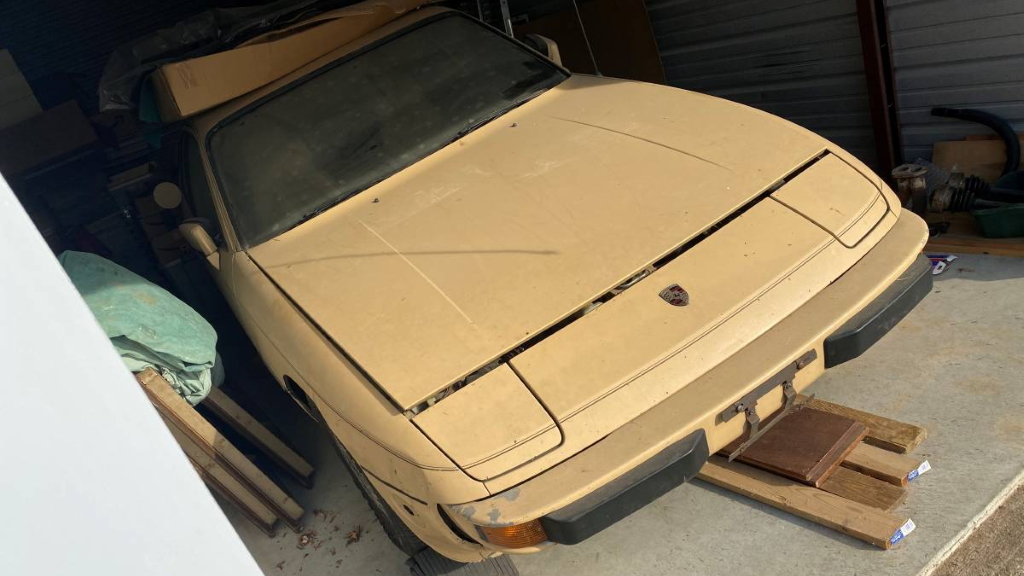 Ah, the Porsche 924. Perhaps the cheapest way into a Porsche sports car, this little coupe has a bit of an unfair reputation as an unloved Volkswagen cast-off. While originally intent to be a Volkswagen-Porsche joint product, VW pulled out as a result of the 1973 oil crisis, which meant that this thing went into the world with Porsche badges alone. These days, a 924 might just be your ticket to Porsche ownership on a budget, a rare phrase given the values of 911s these days. 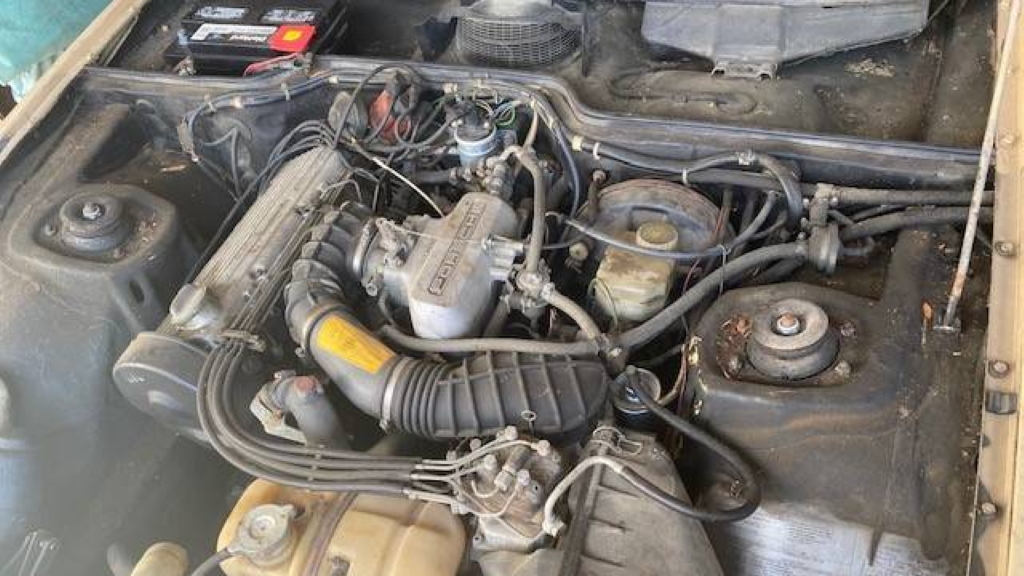 You’ve probably heard jokes about how the 924 uses a van engine, jokes that aren’t entirely accurate. While a version of the EA831 engine was used in the Volkswagen LT, the 924’s lump was also used in the Audi 100. Either way, it didn’t make a ton of horsepower, but it did come mated to a transaxle which gave the 924 excellent weight distribution. Think of these coupes more as momentum cars than autobahn stormers. Mind you, this 924 makes zero horsepower at the moment, given how it doesn’t run. 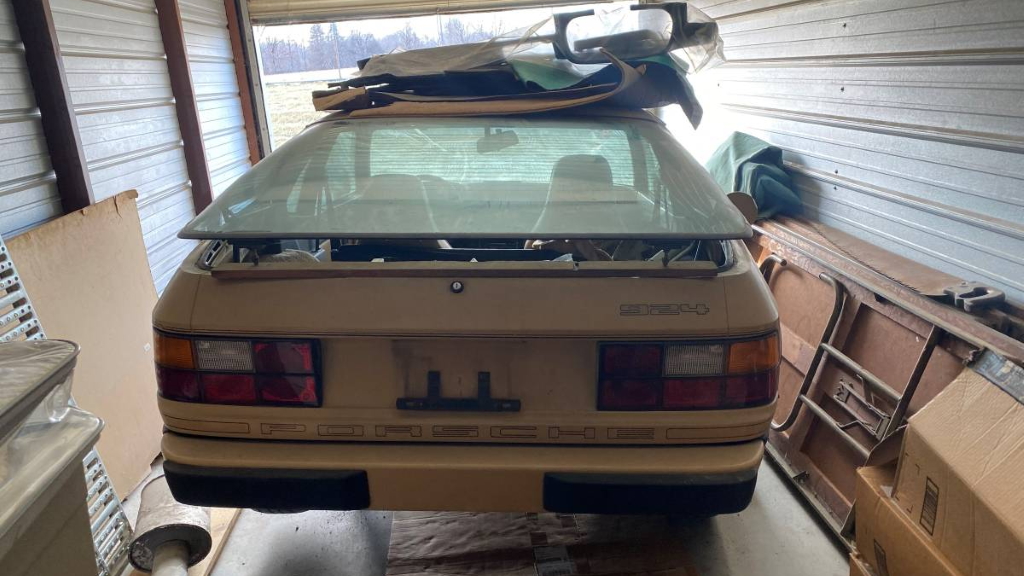 This particular 924 is painted a beautiful pastel yellow and the seller claims it’s rust-free, a boon on any car out of the rust belt. Aside from paint and condition, these cars are just classic wedges with fantastic glass hatches that add a dose of drama to the silhouette. Sure, the 924 might not have the flared-fender aggression of a 944, but it’s charming in its own right. 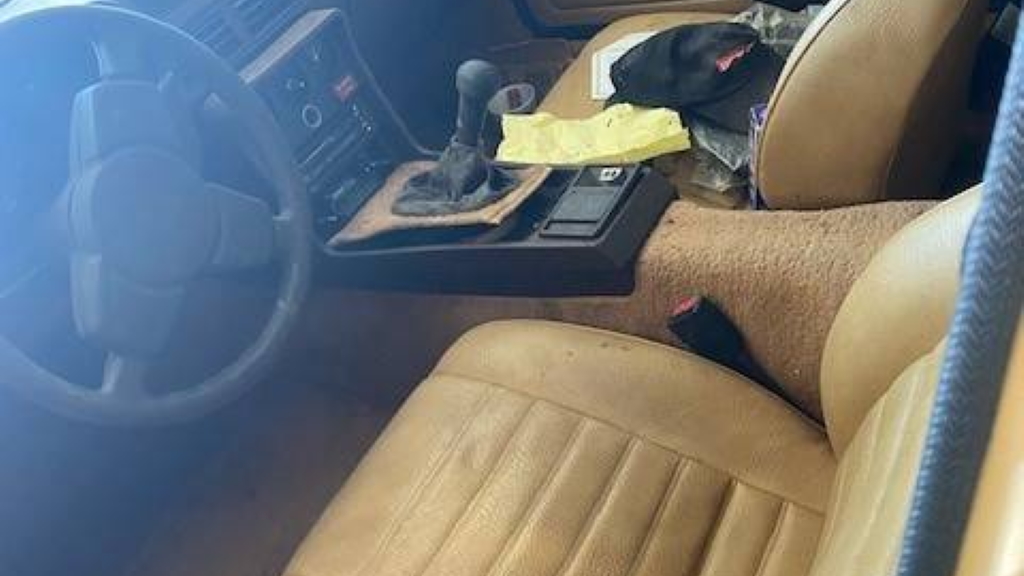 Upon first glance of the interior, it seems like this 924’s odometer might be telling the truth of how few miles it’s traveled. The driver’s seat seems almost free of wear, while the carpets and door cards look pristine. Good interiors for these cars can be hard to find, so the condition of the cabin looks to be a massive plus for this cheap Porsche. 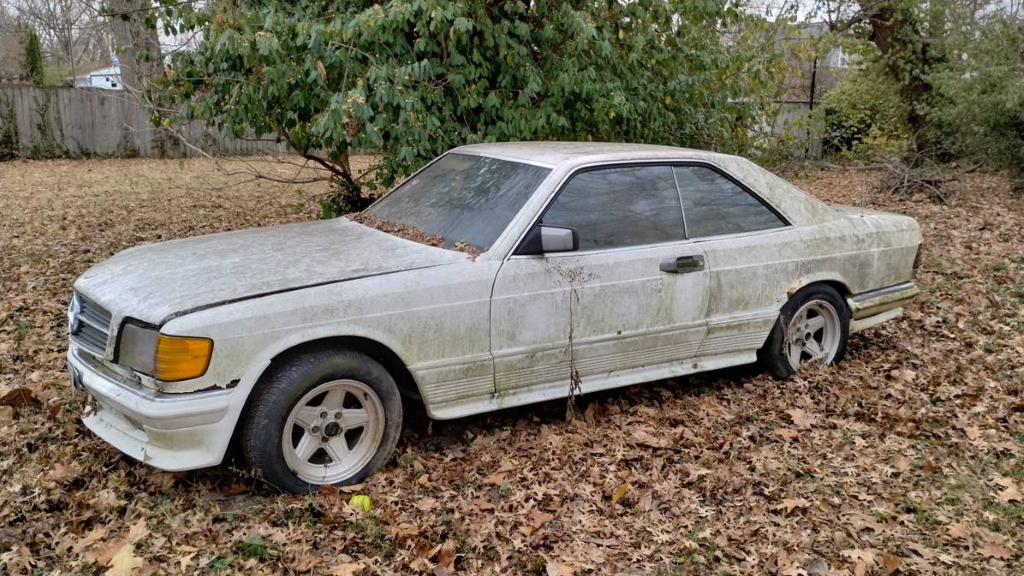 Runs/drives? Not a chance.

In most conversations about luxury cars, it doesn’t take long for the big Benzes to come up. Although Rolls-Royces and Bentleys may be more opulent, the S-Class and its kin have long been mass-produced previews of the automobile’s future. Plus, they have great presence, especially two-door models like the 380SEC we have here. 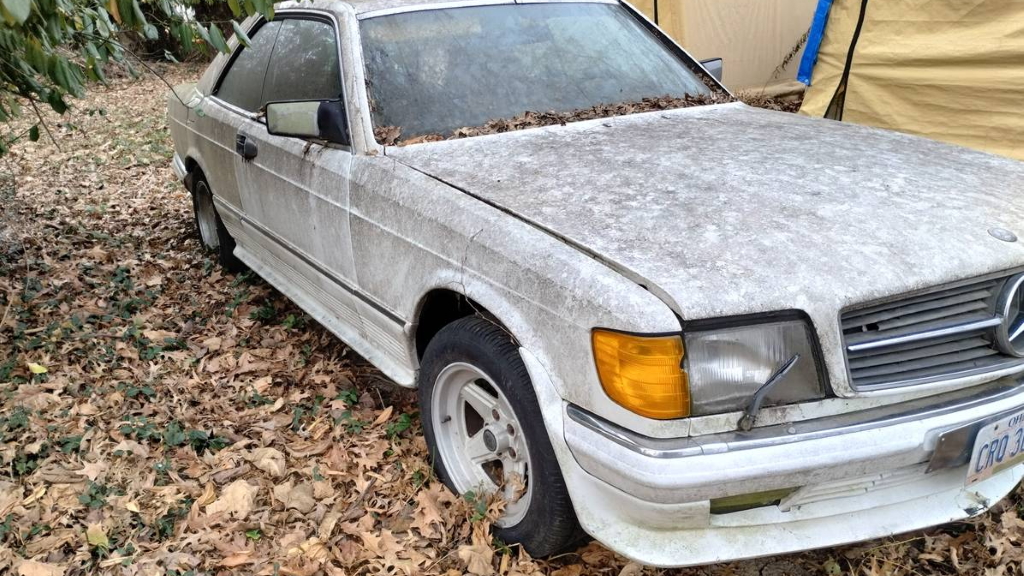 Power in this SEC comes from a 3.8-liter variant of Mercedes-Benz’s M116 V8. While earlier variants of this engine were known for stretching their single-row timing chains, this motor was revised with a dual-row timing chain in 1984, which means this car should be free from this issue. Power goes to the ground through a four-speed automatic gearbox, and zero-to-sixty happens eventually. Hey, it’s more about style than speed with this one. The seller claims that this big Benz ran when it was parked back in 2006, although it’ll likely need a lot of work to get back in running condition. 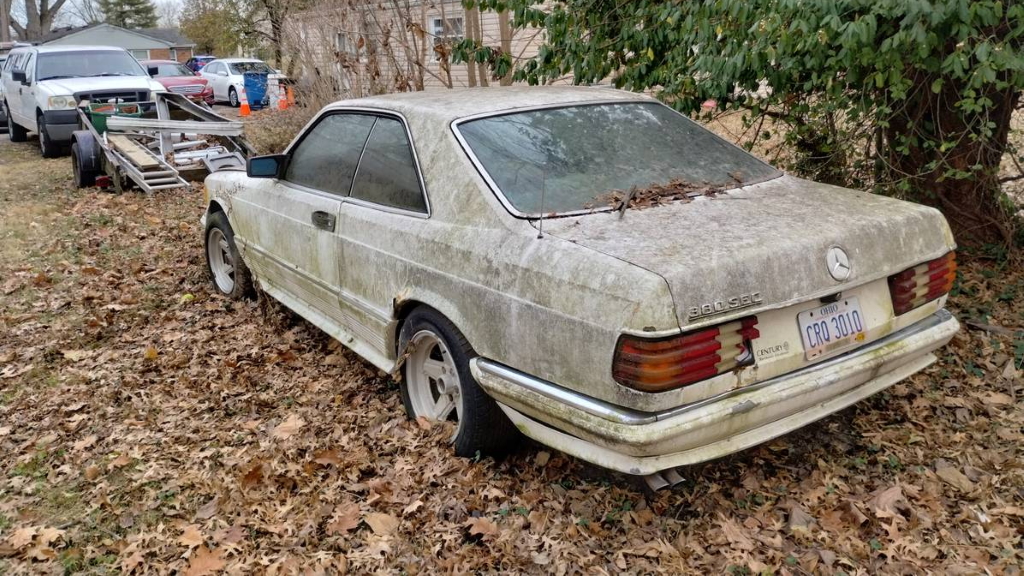 Looking at this 380SEC, it’s obvious that it was once very loved before it was neglected. Someone fitted all manner of AMG bits including bumpers, wheels, and skirts to make this thing a proper cocaine cruiser. Imagine power-washing the filth off, dropping all four windows, and reveling in the pillarless layout of this big coupe. Fabulous, right? Alright, maybe the rust isn’t fabulous, but you can just play it off as patina. 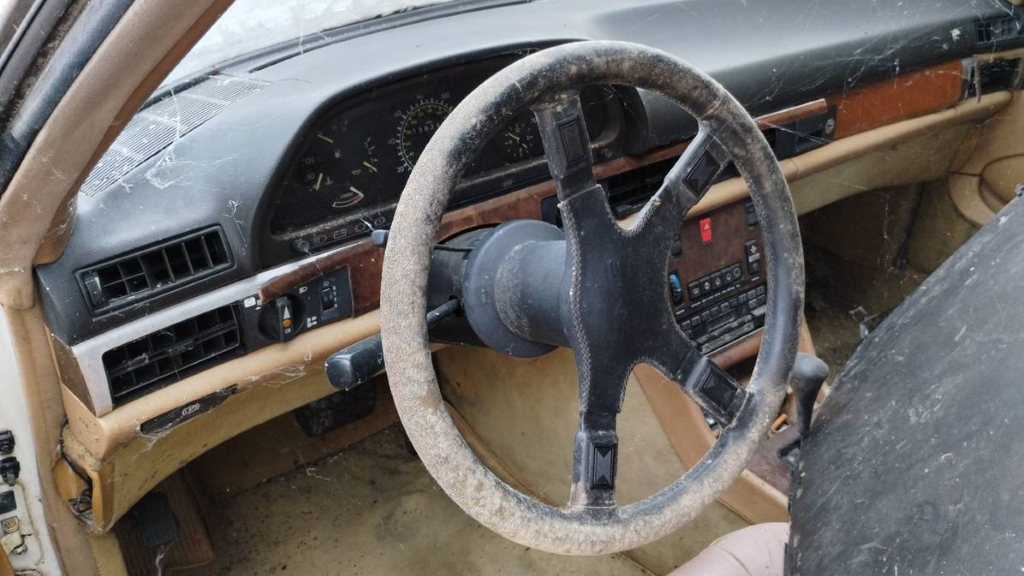 On the inside of the – oh dear god, what happened here? According to the seller, the sunroof leaked, resulting in the biohazard situation you currently see. Strap on your N95 and break out the Spray Nine, this thing’s going to need some serious work. Still, that AMG steering wheel shows potential, while the beige upholstery seems like a solid choice against the white paintwork.

So, two big projects, one sporty and one plush. The Porsche is likely a better choice for twisty road fun, but the Mercedes just has such presence. Both will cost a small fortune to recommission, so pick your poison and have fun with this one.

Thomas is a Nu Rave-blaring, heel-toe downshifting, maple syrup-swilling, chassis-geeking, junkyard parts-hauling, floppy-haired scenester who's been writing about cars since college. His current ride is a 2006 BMW 325i with the six-speed manual gearbox. Instagram: @thomas.hundal Twitter: @thomashundal
Read All My Posts »
PrevPreviousYou Have Three Months To Buy Certain Electric Cars With The Full EV Tax Credit
NextMitsubishi Has A Brilliant Concept That’s A Camper And An Office In OneNext