The safari-style Porsche hype train is running red hot right now and Porsche is looking to get in on the action with the 911 Dakar. While this isn’t the first we’ve heard of this sand-friendly 911, Porsche decided to finally show it off in production form on the eve before the 2022 Los Angeles Auto Show. Let’s dive into this thing to see what makes it special.

As far as unique performance tweaks go, the big show-stopper is adjustable suspension height. Not only is the standard ride height 50 mm greater than on a 911 Carrera with sport suspension, an off-road height with an additional 30 mm of lift can stay active all the way up to 105 mph. Top speed is limited to 150 mph due to the all-terrain tires, but the launch control system gains a Rallye mode for minimizing wheelspin on loose terrain. On tarmac, expect a zero-to-sixty time of 3.2 seconds despite those chunky tires. 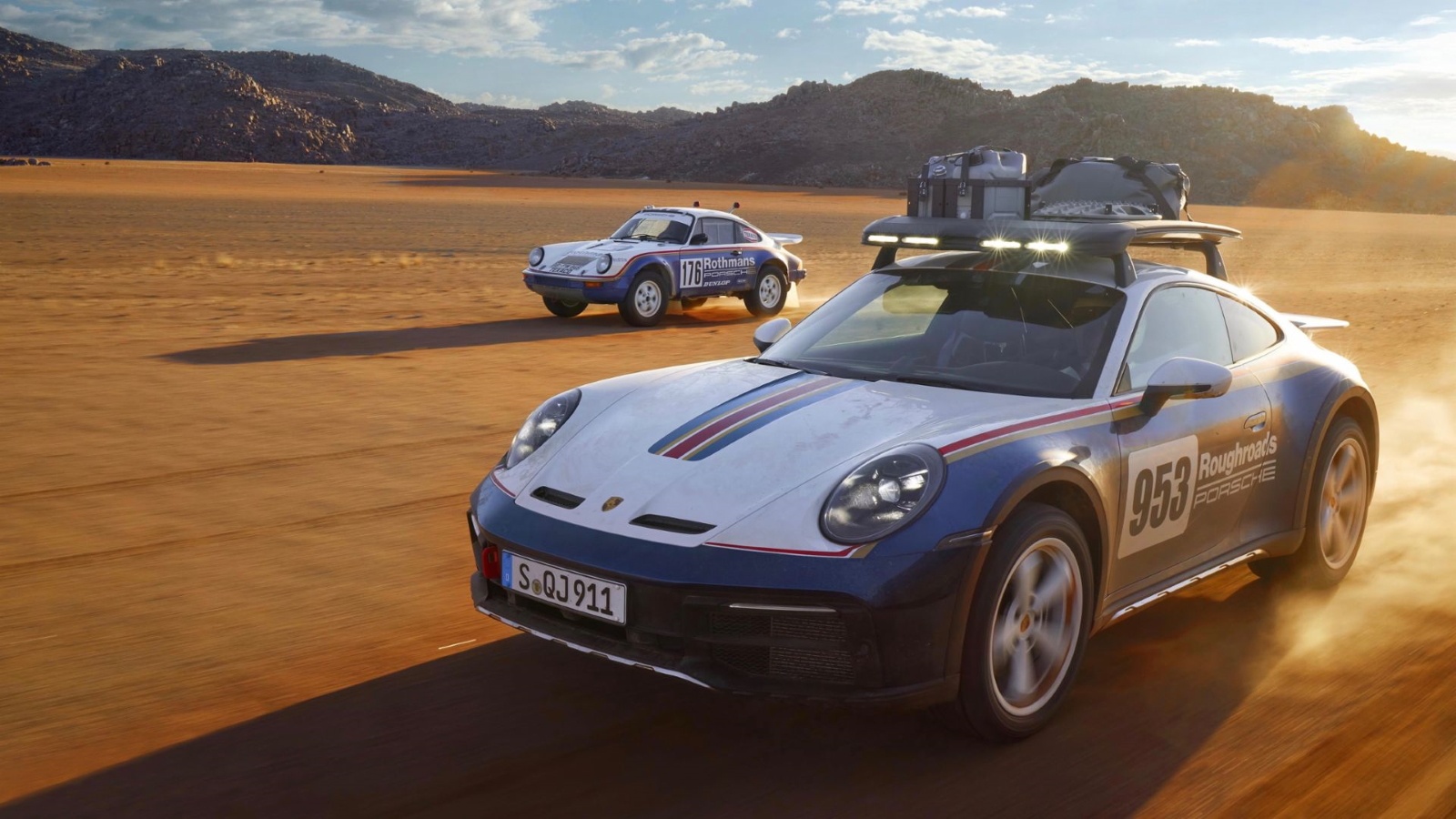 Regarding other mechanical bits, think of the 911 Dakar as a sort of best-of package with some special bits thrown in. Power comes from a 473-horsepower turbocharged three-liter flat-six like you’d get in a GTS, while the PDK gearbox and all-wheel-drive come from the Carrera 4S. The hood is straight off the GT3, while the engine mounts are said to be GT3-derived. Speaking of GT3 bits, the Dakar borrows that hardcore car’s lightweight bucket seats and deleted rear seat, while the Dakar and the Carrera T both have lightweight glass. All that lightweighting means that the Dakar weighs just 16 pounds more than a Carrera 4 GTS with the PDK gearbox, not bad considering the complex suspension and considerable amount of plastic cladding. 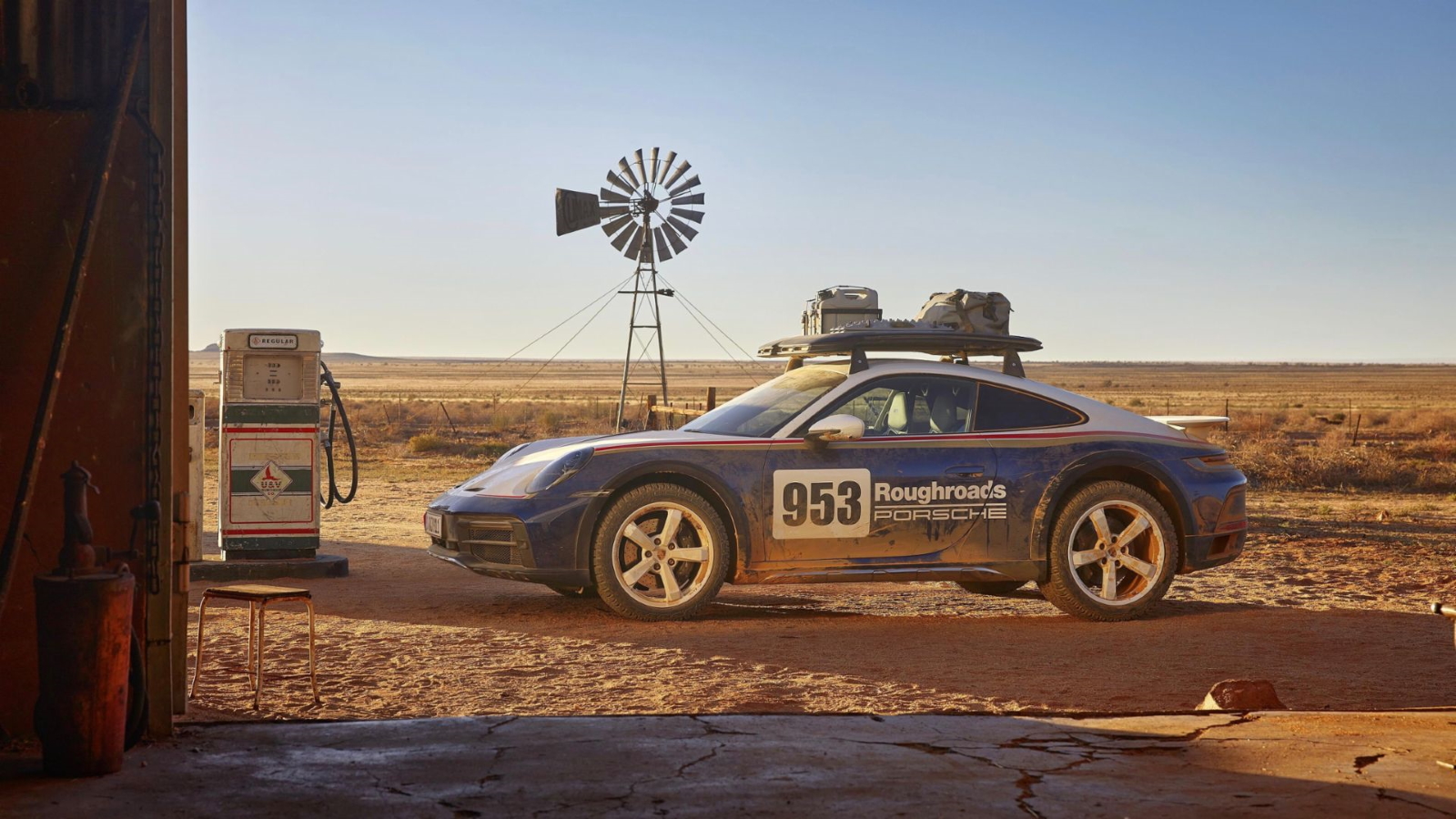 If you’re the type who loves a bit of heritage, the Dakar will be available with a Rallye Design Package that basically emulates the legendary Rothmans Porsche racing livery. Gentian Blue and white with gold and red stripes is a great color combination, even if it’s an attempt at misty-eyed pandering. Mind you, shilling cigarettes is a bit frowned upon these days, so the livery says Roughroads instead of Rothmans. Cheeky.

Also on offer is the option of a roof basket or a roof tent, handy for those who really want to go camping. Speaking of camping, plastic cladding around the wheel arches and on the lower body should largely shrug off scratches from flying gravel, handy if you want to blast down a gravel track at Mach Jesus while bumping your favorite German techno mix. Should you end up properly bogged down, a pair of easily-accessible recovery points will prove their weight in myrrh. All in all, it seems like Porsche’s thought this out well. 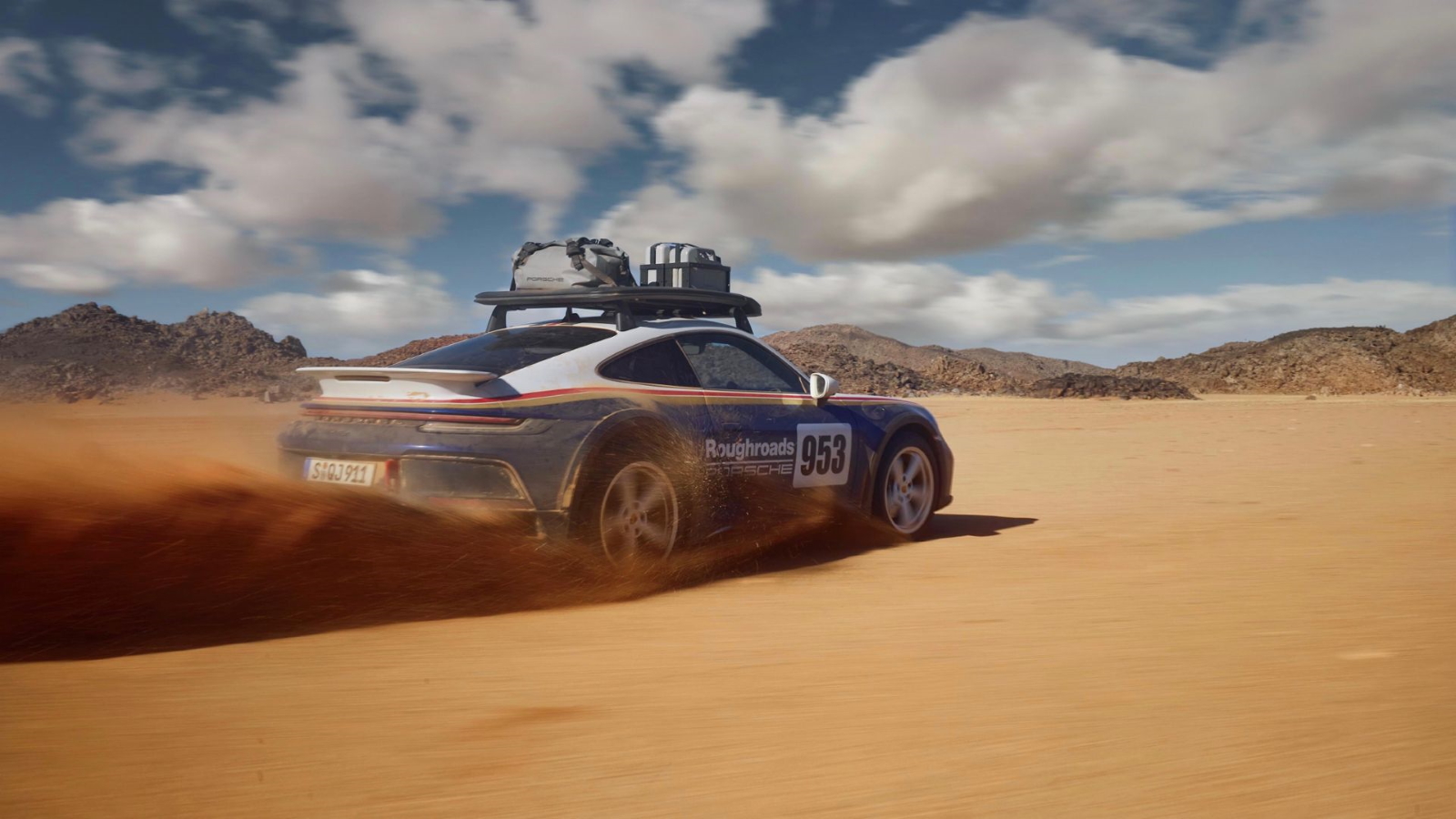 However, there is some bad news amidst all this awesomeness: Porsche only plans to make 2,500 911 Dakar examples, so this special ass-engined sports car should be harder to obtain than a GT3. It’s a pity that the first water-cooled 911 designed for decaying infrastructure will likely be confined to collectors’ garages, but that’s how marques print money. Expect to see the 911 Dakar on influencers’ profiles starting this spring, with the car carrying a base price of $223,450.

Thomas is a Nu Rave-blaring, heel-toe downshifting, maple syrup-swilling, chassis-geeking, junkyard parts-hauling, floppy-haired scenester who's been writing about cars since college. His current ride is a 2006 BMW 325i with the six-speed manual gearbox. Instagram: @thomas.hundal Twitter: @thomashundal
Read All My Posts »
PrevPreviousA Disturbingly Close Look At The 1970s RV Technology That Cooked Your Poop As You Drove Down The Highway
NextA Study In Beige: 2005 Chrysler Pacifica vs 2007 Pontiac Grand PrixNext