“At the Los Angeles Auto Show…Porsche will unveil a very special variant of the iconic 911: the new 911 Dakar,” reads Porsche’s bombshell press release from this morning.” It will be the first two-door sports car from Porsche to offer off-road capabilities.” The rest of the press release includes amazing photos of Porsche’s upcoming off-road 911 undergoing over 6,000 miles of off-road testing. You’re gonna want to see these.

Named after the race in which Porsche won first place in 1984, the Porsche 911 Dakar has been put through the wringer by Porsche engineers, the Stuttgart-based brand would like you to know. Porsche’s press release mentions that the car saw many hours in an off-road proving ground in Weissach. That appears to be a gravel quarry — pretty much the only place one can go off-roading in Germany, in my experience: 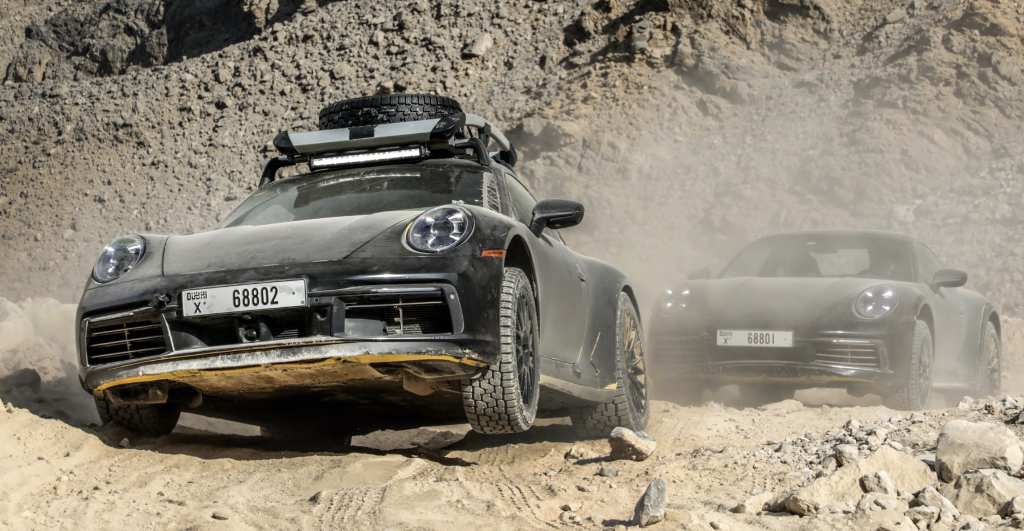 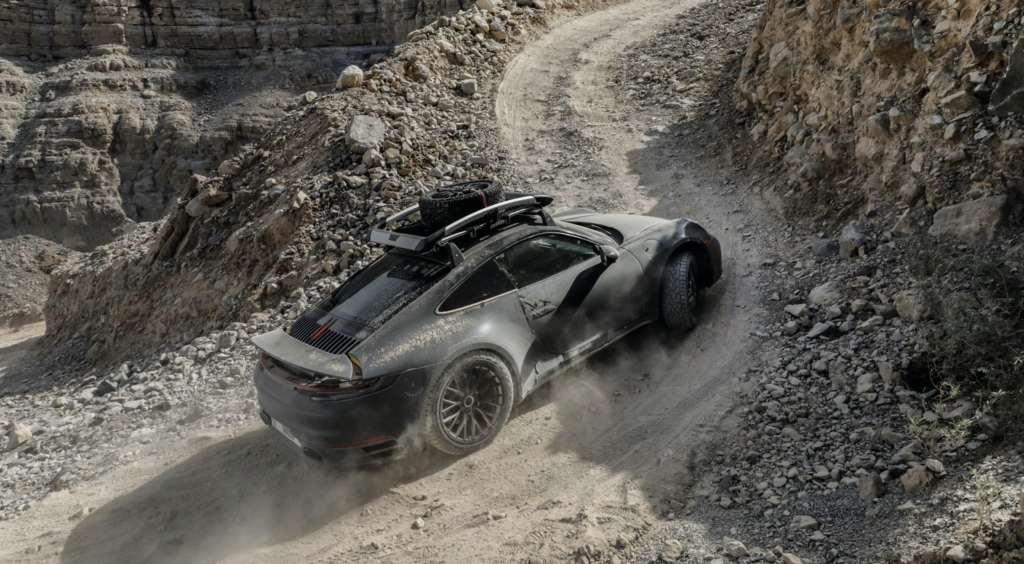 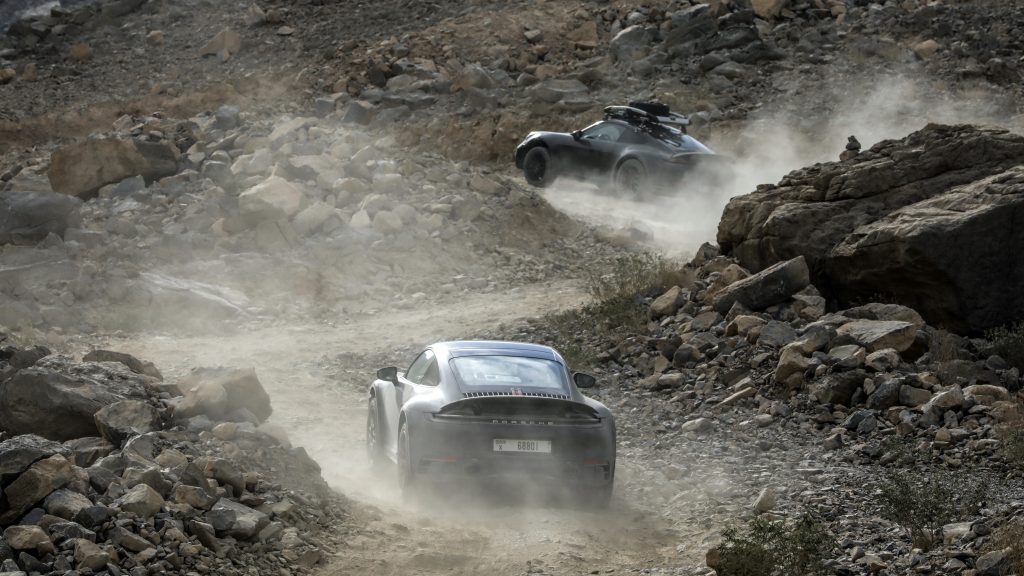 Testing didn’t stop in that quarry, of course, with Porsche saying  its “development team tested the 911 Dakar around the world under extreme conditions to the tune of more than 300,000 miles, including more than 6,000 miles off-road,” mentioning the “Château de Lastours test track” in southern France to dial in handling on a loose rally course. 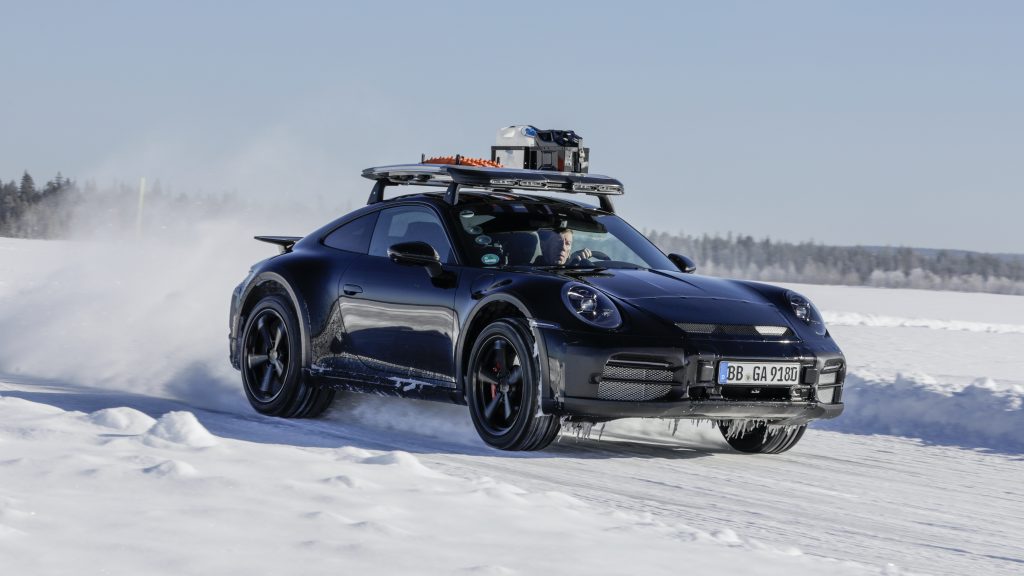 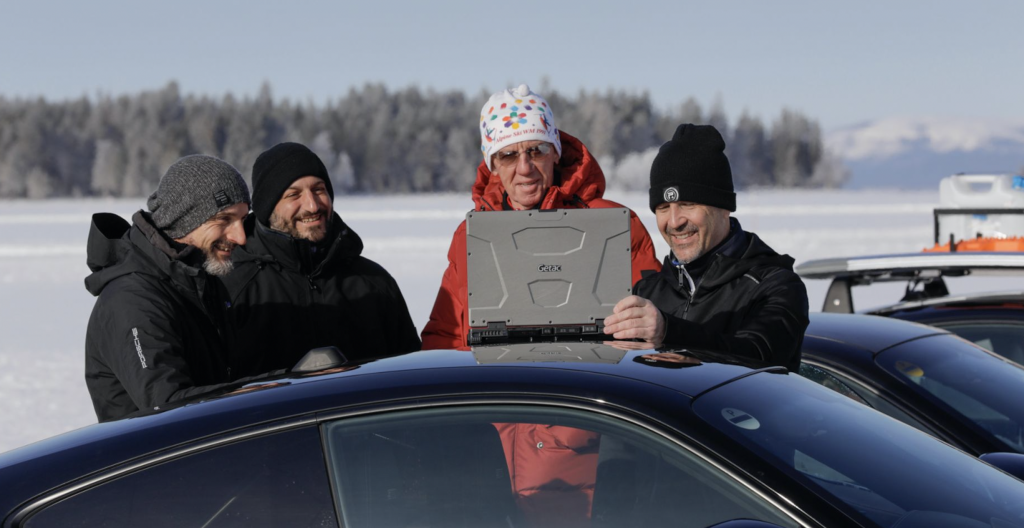 The press release throws out some famous names who had a chance to get behind the wheel. “Two-time world rally champion Walter Röhrl naturally couldn’t resist the opportunity to put the 911 Dakar through its paces at the large testing grounds in Arjeplog, Sweden,” says Porsche, who included this quote from the racing legend:  “‘The car is incredibly fun to drive,’” he says. ‘Everything works so precisely and calmly.'”

Here are a few others who apparently enjoyed driving the Porschce 911 Dakar prototype:

Porsche brand ambassador Jörg Bergmeister was also able to test the 911 Dakar as part of the car’s development and was surprised by the driving dynamics of the unusually high-riding sports car on both loose surfaces and asphalt: “I wouldn’t have thoug

ht that a vehicle with such ground clearance and all-terrain tires would still feel like a Porsche 911 on asphalt,” he says. Development driver Lars Kern was also impressed during the final drives intended to fine-tune the car: “I am very satisfied with the handling on loose surfaces. Even the ABS has been optimized for braking on gravel. It’s amazing how much traction the all-terrain tires deliver. The car is a blast to drive.” 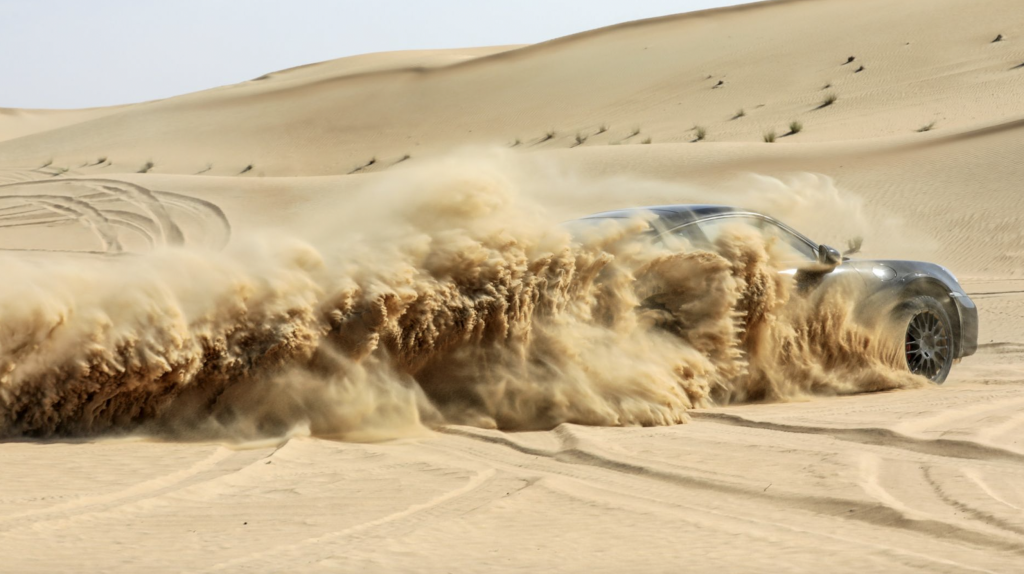 Arguably the flashiest photos involve the dunes, with Porsche writing in its press release: “In Dubai and Morocco, test drivers drove the off-road sports car up steep, 160 foot dunes in temperatures of up to 113 degrees Fahrenheit time and time again.” Check out these awesome photos of the 911 Dakar’s wheels whipping up loose sand. 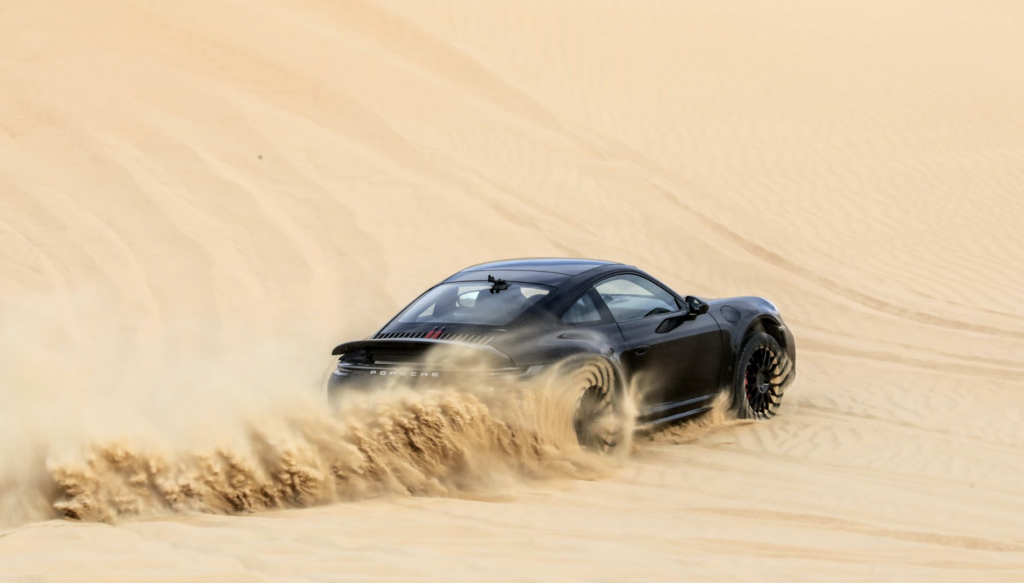 What a time to be alive. We’ve got 700 horsepower rally trucks from Ford and Ram, a rock-crawling V8 Wrangler, a ridiculous sand dune and rock garden-crusher in the Bronco Raptor, a dune-bashing Jeep pickup truck, and now we’ve got a Porsche 911 Safari car coming. The off-road gods are pleased. Very pleased.

[Ed note: An aside to an aside, an interpretation of EU Directive 1999/94/EC that most automakers now seem to follow is that you pretty much have to list fuel economy standards everywhere you market the car, which is why you see these numbers listed on, like, Instagram posts – MH]

Do I think the 911 Dakar is going to be legitimately good off-road? Well, if the production car looks like the ones above: Not really. The single most important attribute of a good-offroader is favorable geometry, and what I’m seeing is poor approach and departure angles (likely limited by the cooling module up front and engine out back), low ground clearance (likely limited by suspension geometry constraints), and minimal suspension articulation. I’m always one to give engineers the benefit of the doubt, and until I drive it, I can’t say anything with authority. But some things you can learn by just looking, so I hope Porsche’s marketing team does a good job at setting expectations that align with the car’s capability when this car debuts later this month, because as I’ve said before, an off-road-ish vehicle doesn’t have to be amazing off-road, it just has to meet expectations.

Rust-loving Jeep man, cofounder and EIC of The Autopian, Jason's friend. Email: david@autopian.com
Read All My Posts »
PrevPreviousCar Hoods Can Be Art But What Hood Is It?: Cold Start
NextInspired By The Autopian Writers’ Group-Chat: 1999 Buick Riviera vs 1980 Triumph TR7Next