Good morning! Time for another fun-filled edition of Shitbox Showdown. Today’s choices come straight from the exhaust-fume-filled rooms of the Autopian’s inner sanctum, and someone actually considered buying one of these. I’ll let you guess who and which one. But first, let’s find out which of Lee’s greatest hits you chose yesterday:

And the LeBaron takes a comfy win. I am in total agreement, and in fact, if I were ready to shop for a car, I’d probably go give that thing a test-drive. And by the way, you can in fact drive a convertible year-round here in Portland. I did it for many years. Rain on a soft top is a very soothing, romantic sound.

The Autopian’s Slack channel is exactly how you would imagine it: a marketplace of ideas. And by that I mean someone posts a link to a Facebook Marketplace ad, and everyone else encourages their bad ideas. I don’t often get in on the conversations; sadly I’m usually at my day job doing real work while they’re all just sitting around shooting the shit. (I kid, I kid…) But I do sometimes lurk when I get home, to catch up on all the insanity I missed. And it’s a good thing I do, because today’s choices both come from those discussions. 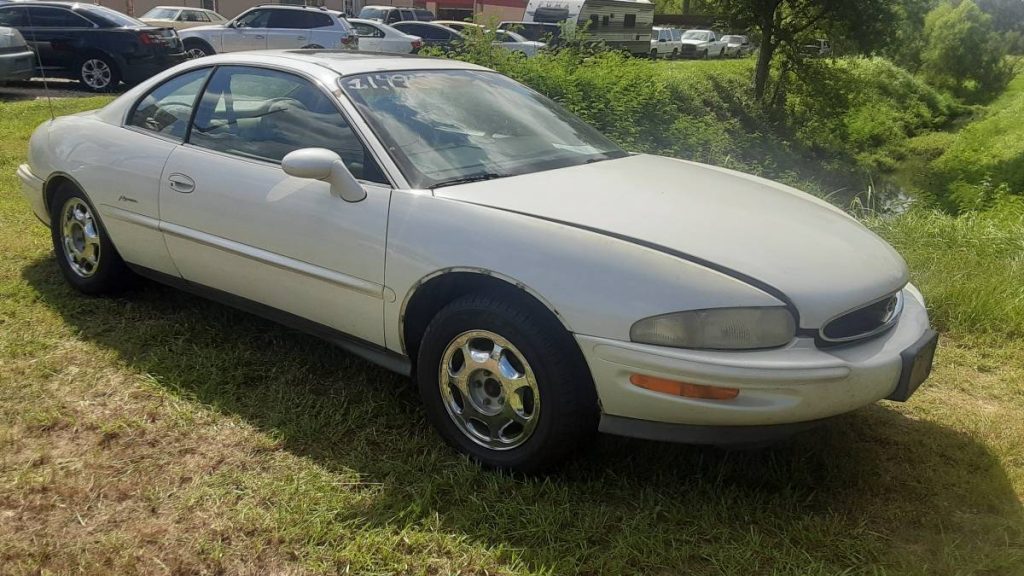 I can’t remember who was talking about the eighth-generation Riviera, actually, but when I found this one for sale I knew I had to feature it. I remember liking the styling of these when they first came out, espeically after the snooze-fest that was the prior generation. Although it sold well initially, this final-year Riviera was one of fewer than 2,000 built. The Riviera legacy of stylish sporty personal luxury coupes ended not with a bang, but a whimper. 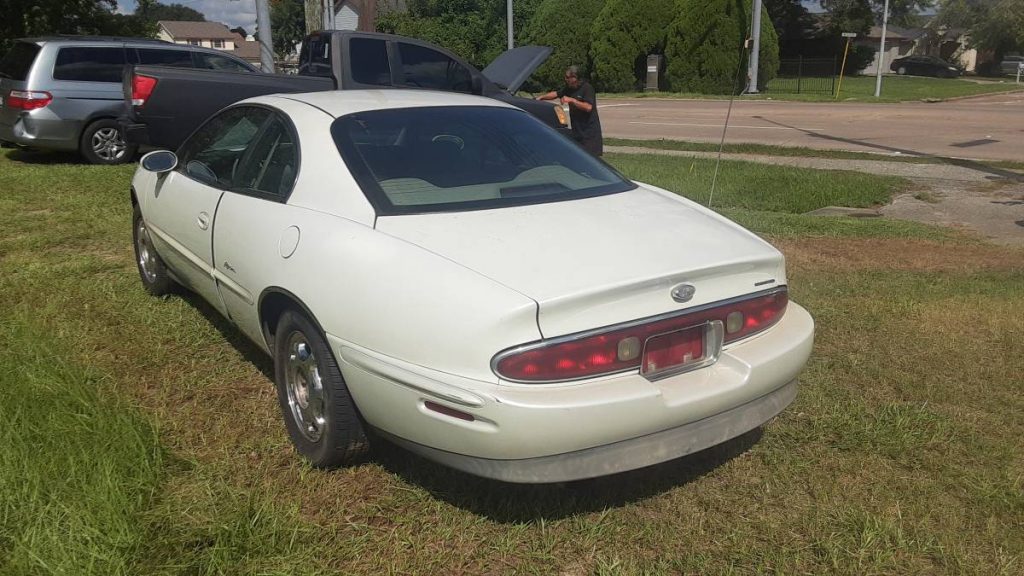 Which is a shame, because this Riv had the goods. It’s powered by GM’s supercharged 3800 Series II engine, putting out a healthy (for the time) 240 horsepower. The only transmission option was a four-speed automatic, of course; this is GM we’re talking about. But would you really want this car with a stickshift? 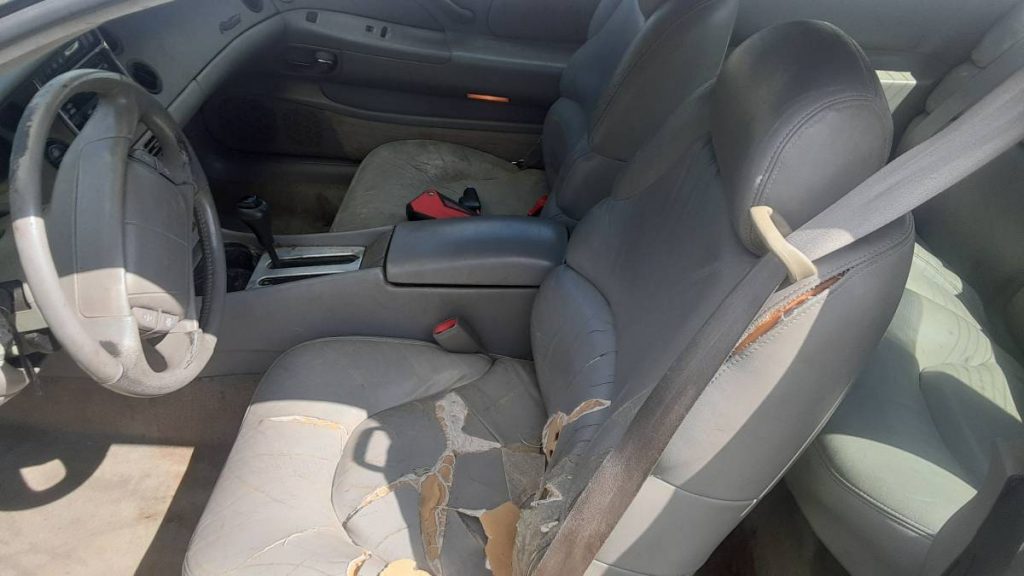 We don’t get a whole lot to go on about this particular Riviera: “Runs and drives good cold air” is literally the extent of the body text in the ad. It looks OK but not great outside, and in dire need of an upholsterer inside. I guess you’d have to look at it in person to find out more. 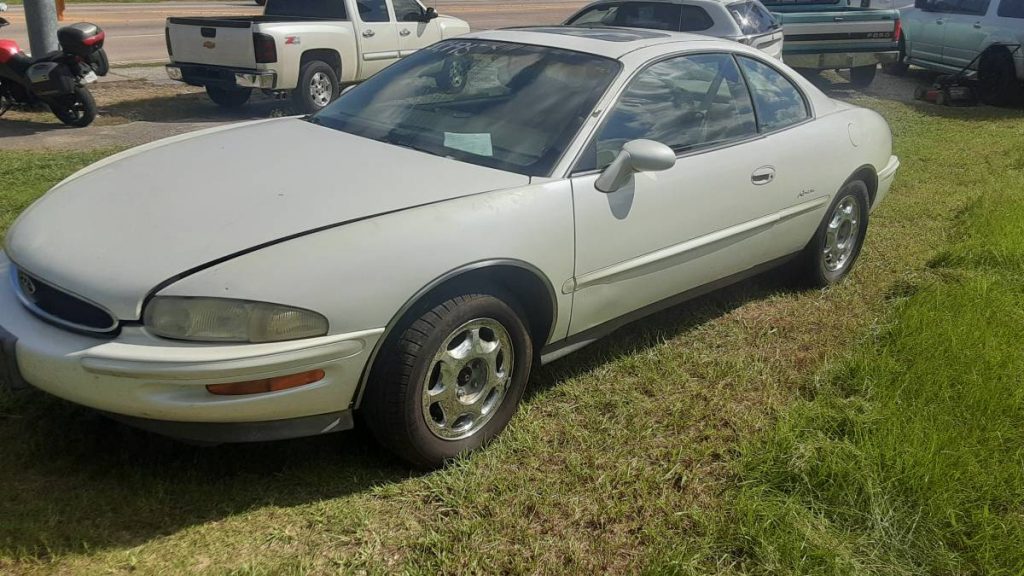 I’d like to know why the hood is ajar as well, and I’m mildly annoyed that since it was already popped, that we don’t get an underhood photo. Ah well, for the price, I guess you can’t ask too much. 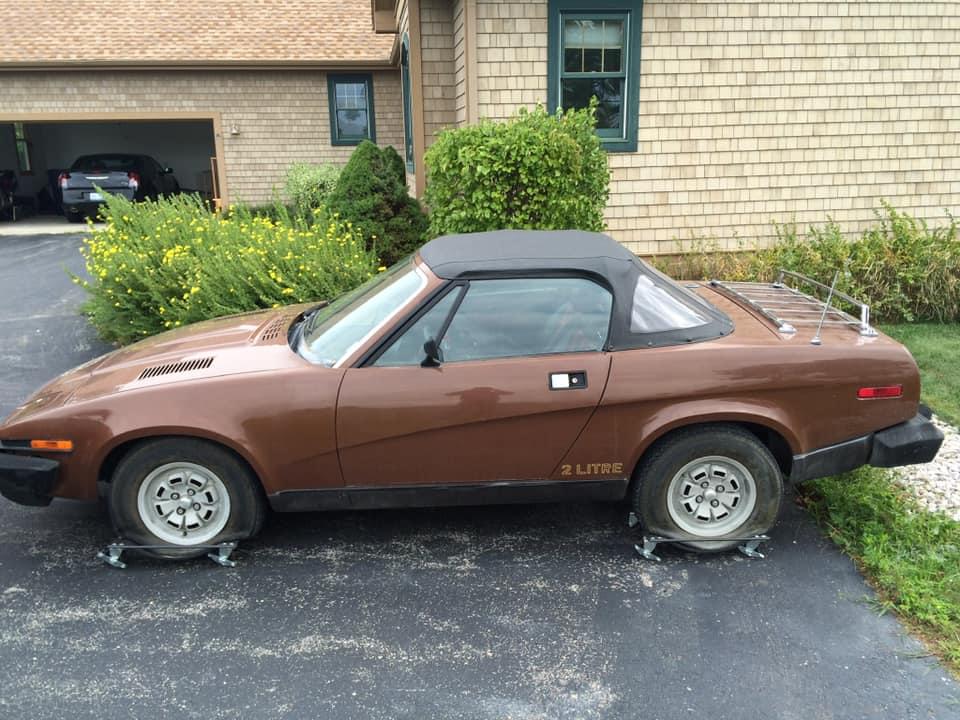 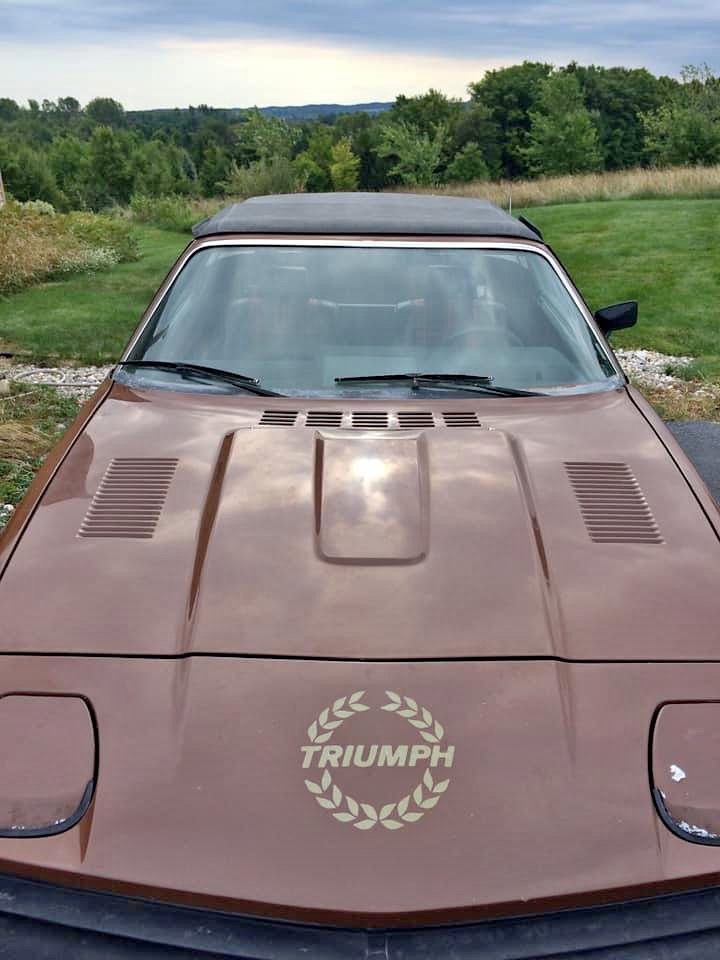 As an MG owner and enthusiast, I am honor-bound to hate the TR7. During its development, an MG version was planned as well, called the Magna (and in fact the first prototype was MG-badged), but British Leyland didn’t want its own cars competing against each other, so the MG Magna was scrapped, and only Triumph got the new model. MG was left squeezing a few more years out of the aging MGB. To add insult to injury, since the TR7 was initially offered only as a fixed-head coupe, my beloved MGB GT was dropped from the American lineup when the TR7 launched in 1975 to avoid competiton. 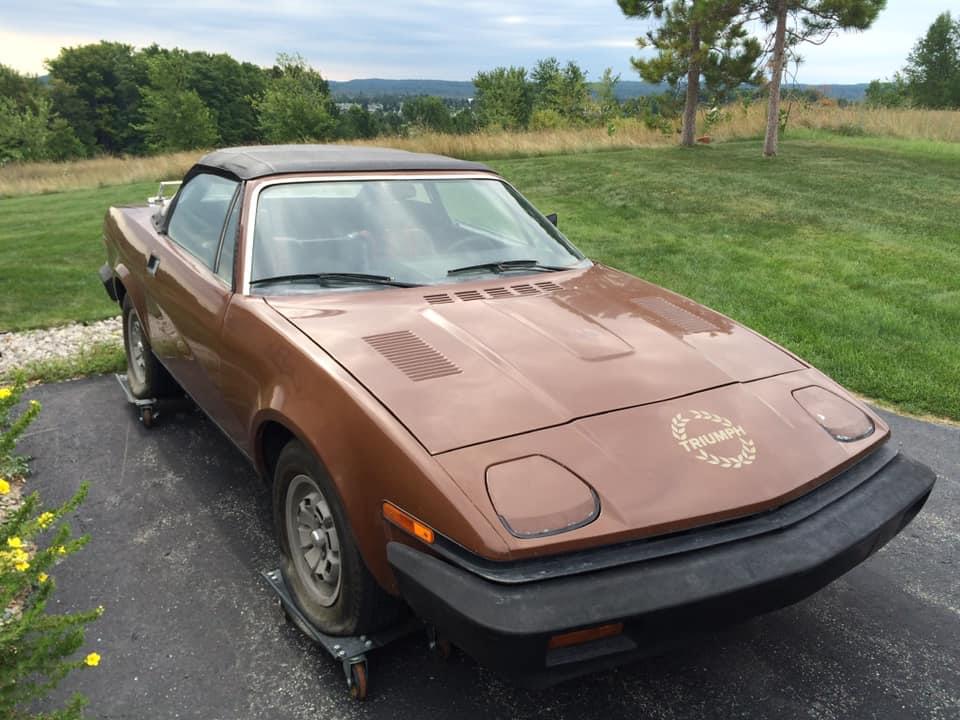 The convertible version of the TR7 didn’t arrive until 1979. Personally, I think the covnertible looks better than the hardtop, and I really like it in brown. Not many sports cars can pull off brown, but I think this one looks pretty sharp. I’m not sure how well it goes with the red tartan interior fabric, but what can you do? 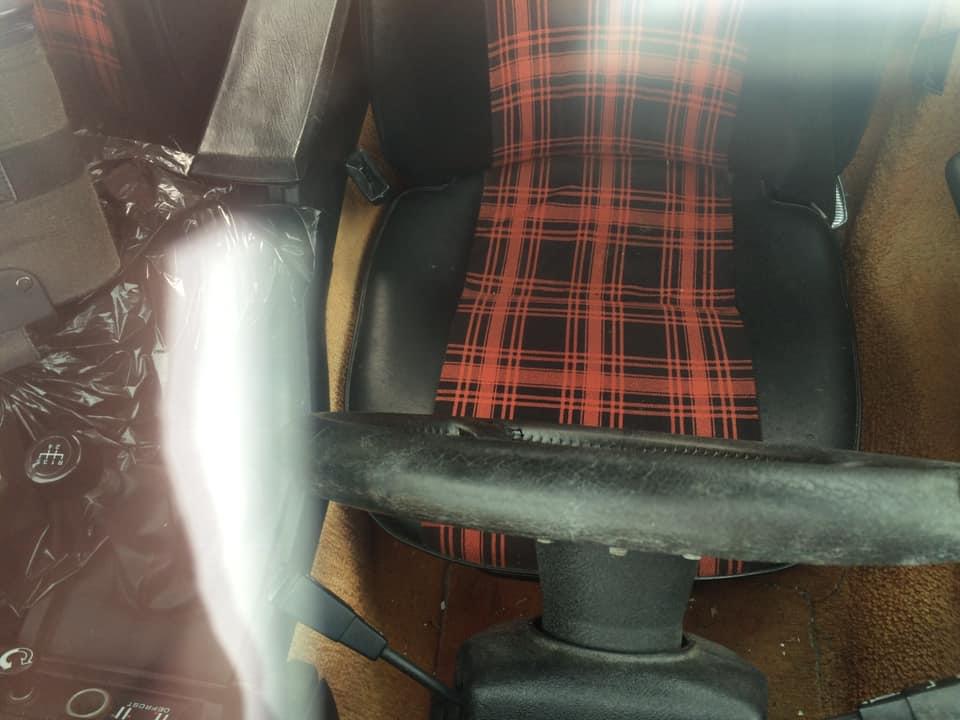 The TR7 is powered by a 2 liter version of Triumph’s slant-four engine, also used (and extensively developed) by Saab over the years. Early TR7s had four-speed manuals with short gearing that made highway cruising a raucous affair, but this later one has a five-speed with an overdrive in fifth, which calms things down. Assuming the buyer can get it running again, that is; TR7s are finicky.

I can’t tell you how much fun it is working with such an eclectic group of car nuts. I never know what vehicle someone is going to unearth, or where the discussion will go after that. And I hope they don’t mind me mining those discussions for content once in a while. For today, the gems I’ve unearthed are a scruffy personal luxury coupe and a British roadster in its natural non-running state. What’ll it be?