A Study In Beige: 2005 Chrysler Pacifica vs 2007 Pontiac Grand Prix

Good morning! Whaddaya say we check out some cheap cars? Sound like a plan? OK. So let’s take a gander at yesterday’s results, and then we’ll get to it.

You folks and your Subarus. I just don’t get it. But then, I wouldn’t really want that Hyundai either. I guess I have to agree with the “I vote neither” contingent on this one. Anyway, let’s move on, shall we?

Today’s choices don’t have much in common besides approximate age range and color. Or lack of color, I suppose. Honestly, I’m OK with these two in beige. I like nice brightly-colored cars, but sometimes it’s nice to fly under the radar. So let’s check them out and see which way you’d rather travel. 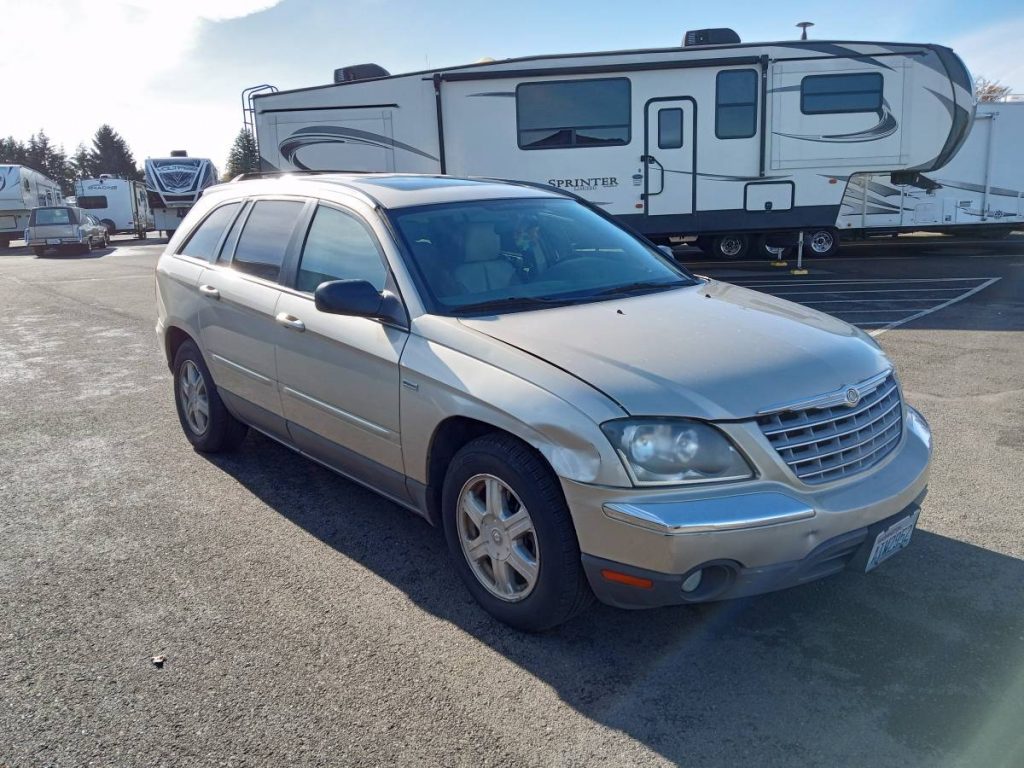 Remember when nobody had ever heard the term “crossover” as a style of automobile? You’d look at something like the Chrysler Pacifica and think, “What the hell is that? It’s not a minivan, it’s not an SUV, it’s not a station wagon, but it’s kinda all those things.” Little did we know that within a decade, every damn car on the road would look just like them. 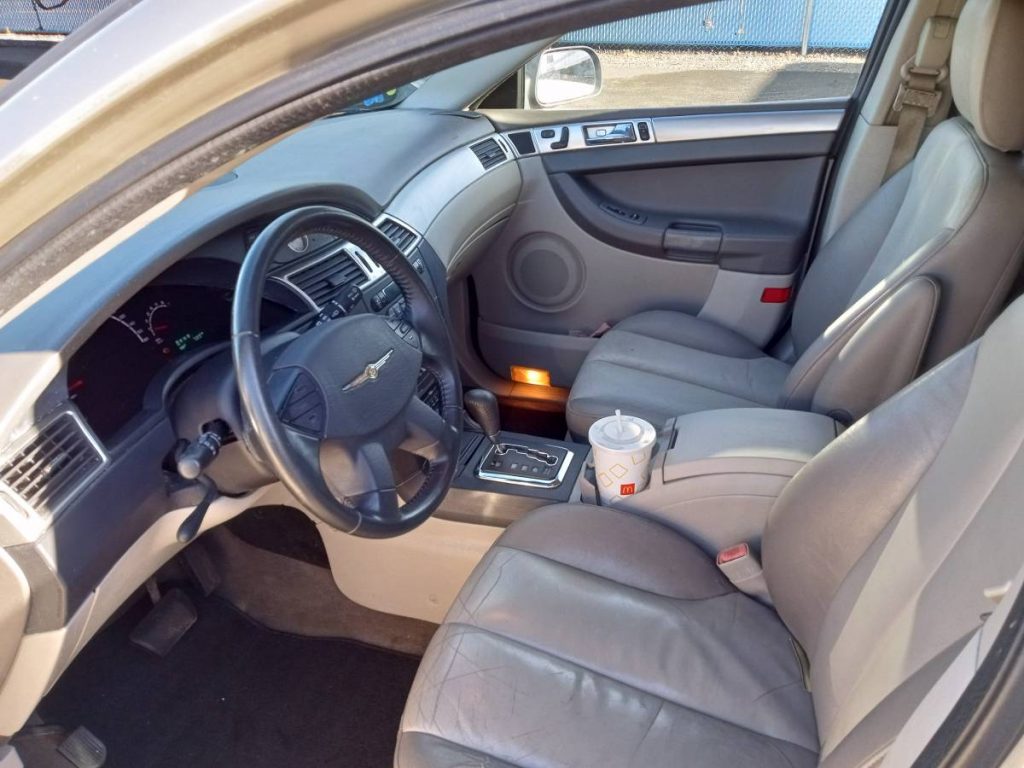 I mean, it looks like a really nice place to be on the inside: plenty of room, comfy seats, lots of gadgets, a nice high seating position, but it’s hard to look at this car now and see it as anything but the start of something bland, the beginning of the end for sedans and small hatchbacks alike. But then, video killed the radio star, and minivans killed the station wagon, so maybe it was inevitable that crossovers killed normal passenger cars. 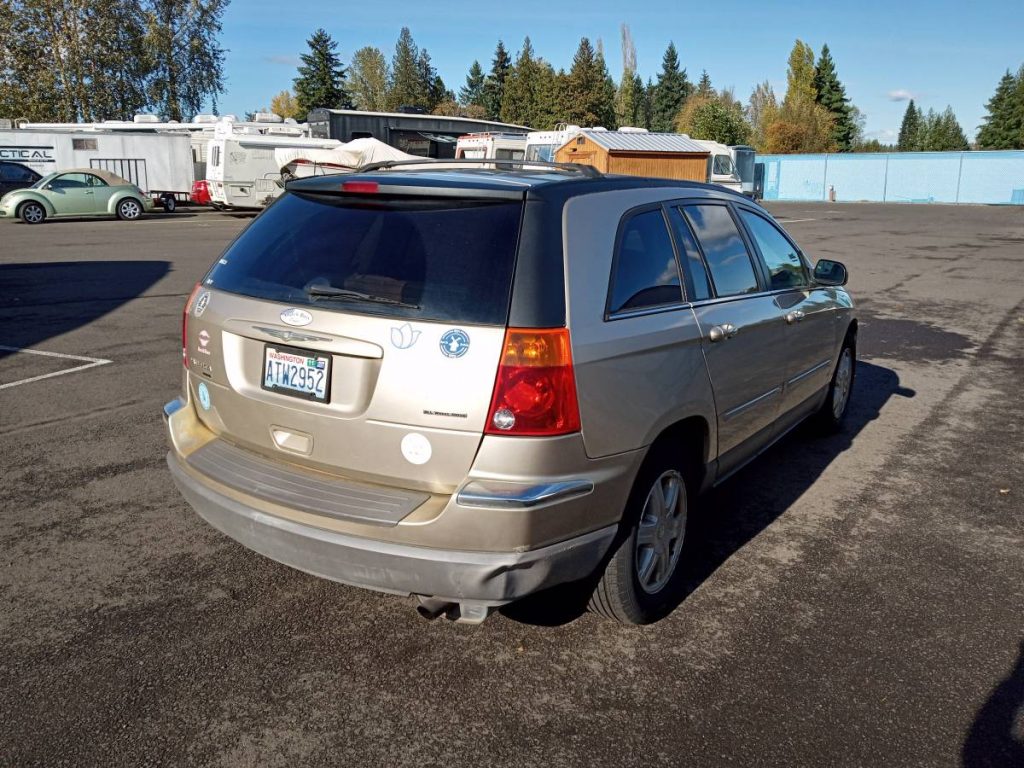 At least it’s got a big hatchback, and once you fold down or ditch the superfluous seats, it’s got plenty of cargo room. This early Pacifica is powered by a 3.5 liter version of Chrysler’s single-overhead-cam V6 that first came along in the LH sedans, and a four-speed “Ultradrive” transmission. This one has all-wheel-drive, making it a good choice for lousy weather. 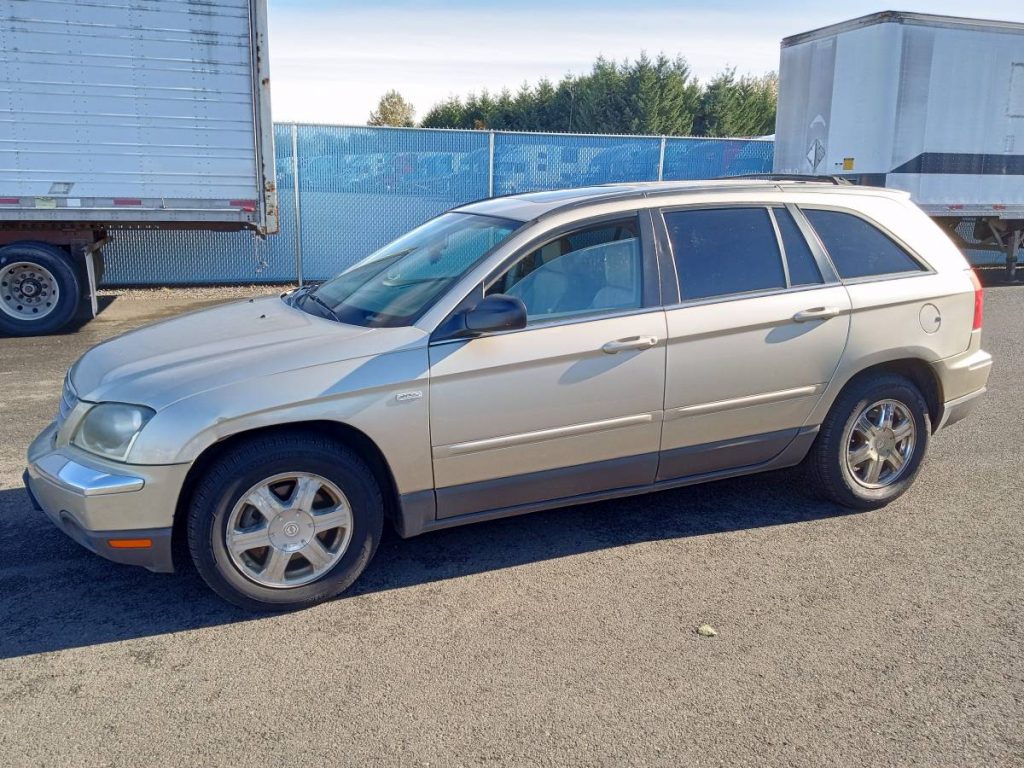 It’s in decent shape, with only a few dings outside, and no real visible wear inside. The seller says it runs and drives well, and it only has 130,000 miles on it. The Pacifica had some reliability issues early on, but if this one is as clean as it sounds, it could make a nice comfy winter beater for someone. 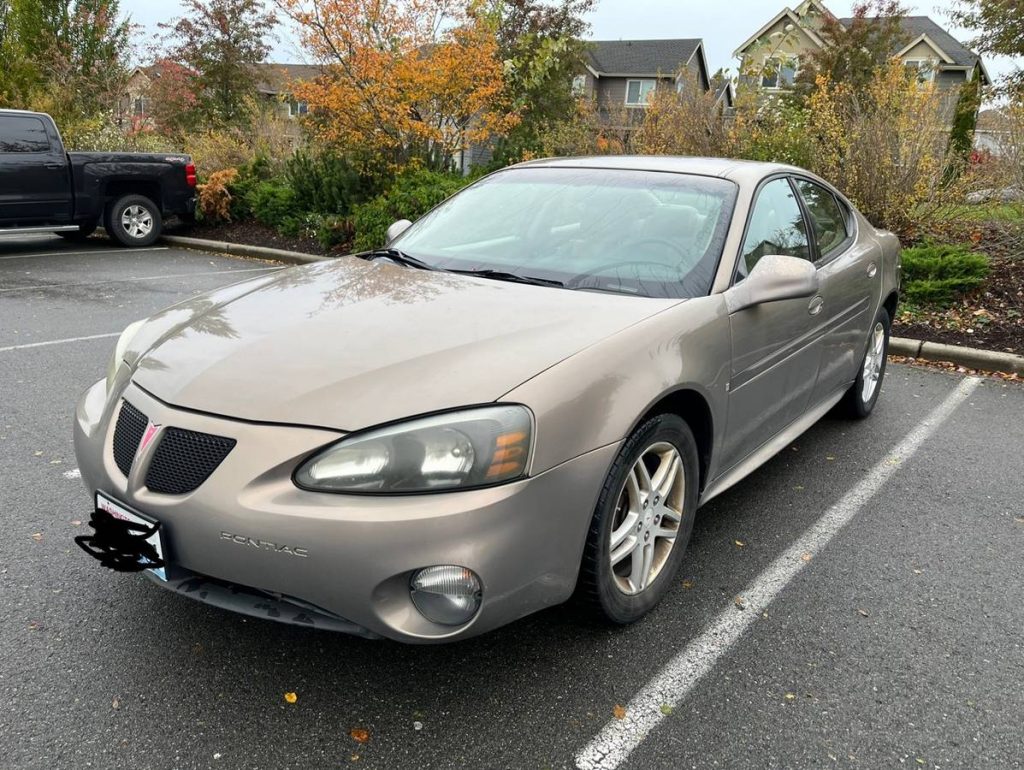 And here we have one of the vehicles that crossovers killed off: GM’s venerable W-chassis, a line of midsized cars dating back to the Mesozoic Era, powered by a pushrod cast-iron 90 degree V6 that’s even older. But if it ain’t broke, as they say, don’t fix it. Just stick a blower on it and give it flashy new styling. 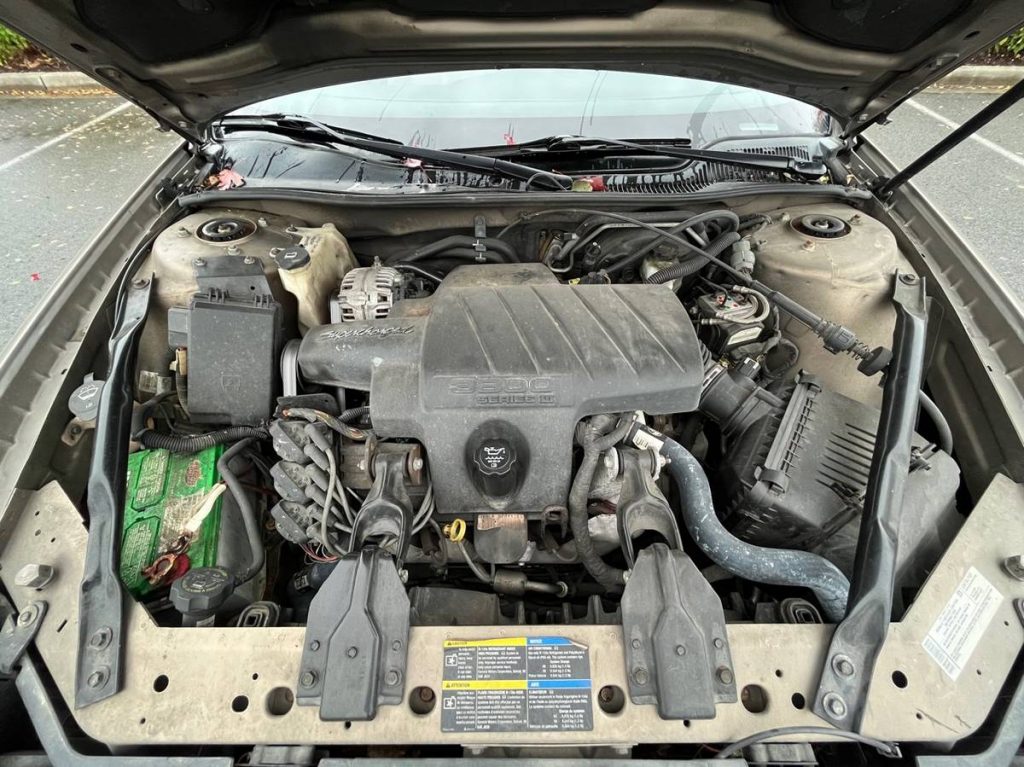 The V6 in question is, of course, the legendary 3800, here in Series III guise, and with an Eaton supercharger bolted to its intake. This engine is good for 260 horsepower, which you’d think would be plenty for a front-wheel-drive sedan, but no, Pontiac offered a 303 horsepower V8 in this thing as well. We build excitement in the form of torque steer! 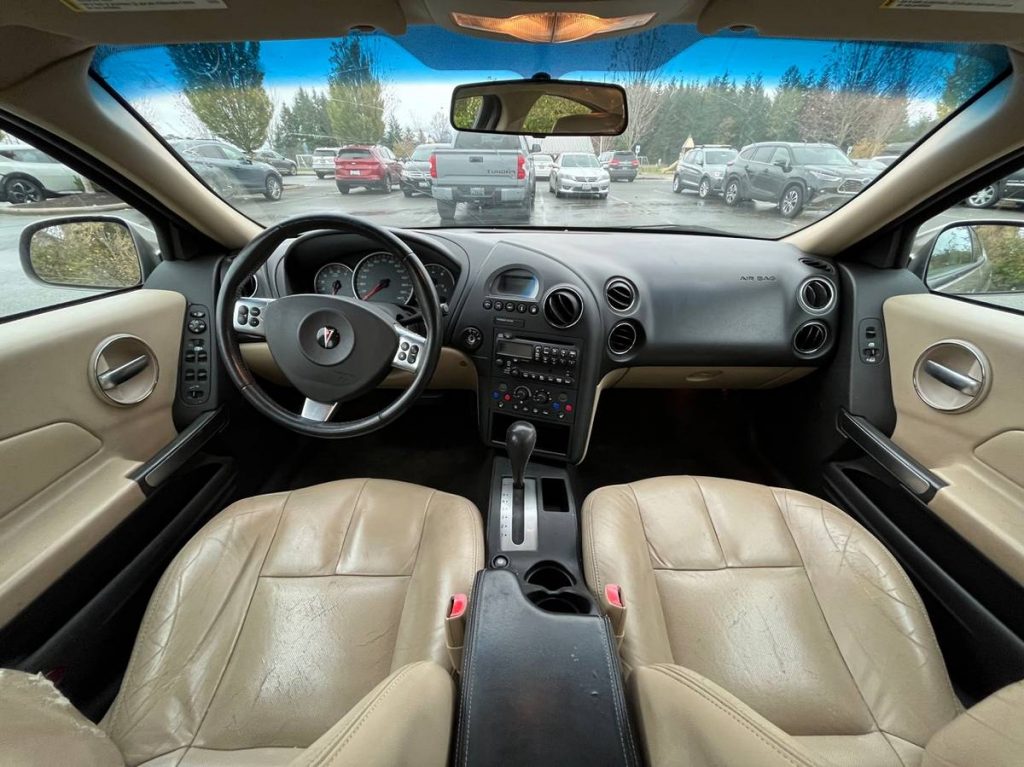 This slightly-less-bonkers GT model has 209,000 miles on its clock, but seems to have held up well. It has some wear and tear in the interior, and the ad describes a few electrical gremlins that need sorting out, but it runs and drives fine. GM has never been known for quality-feeling interiors, but at least this one looks pretty nice, and I like the two-tone effect. 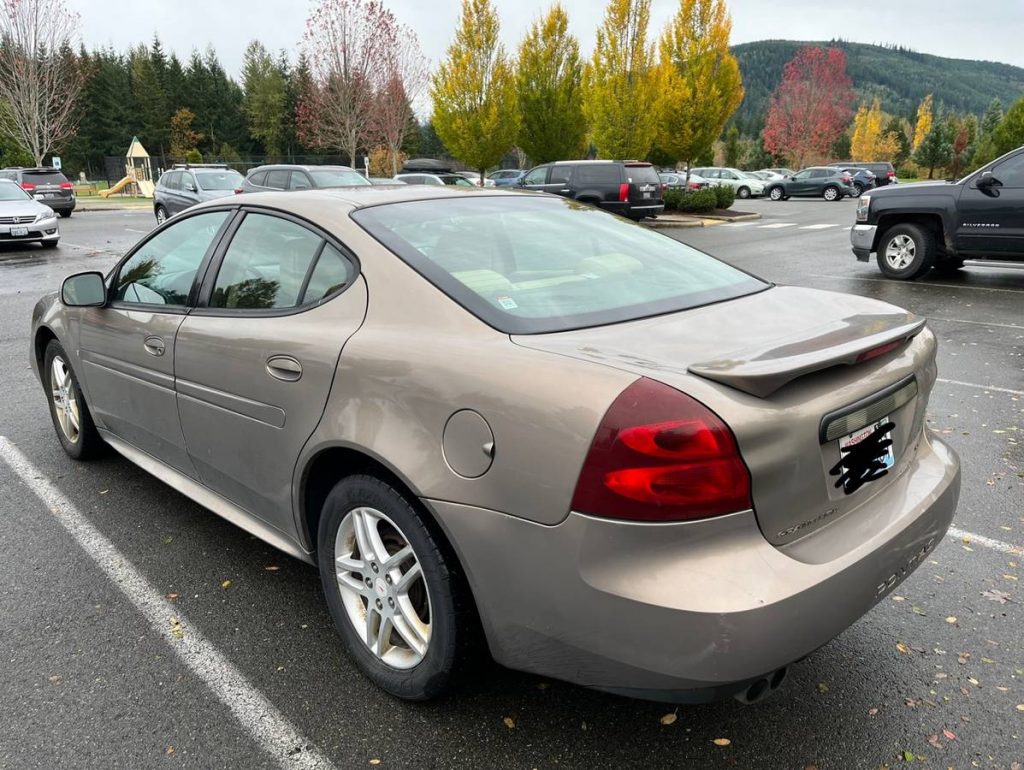 Outside, it looks pretty good as well, though I will always hate those add-on spoliers, especially ones that don’t go the full width of the car. It just looks stupid, and it doesn’t do anything beneficial. And if you take it off, you’ve got holes in the trunk lid to deal with. One of many reasons I generally prefer the base models of most cars.

Either one of these looks like a decent viable beater to me. The Pontiac would be a little more fun, the Chrysler a little more practical. Which one suits your needs better?