Facebook-f Twitter Instagram Rss
Menu
Menu
Home » The Mercedes-AMG S63 E Performance With 1,055 Lb.-Ft. Of Torque Is A High-Tech Dinosaur In All The Best Ways 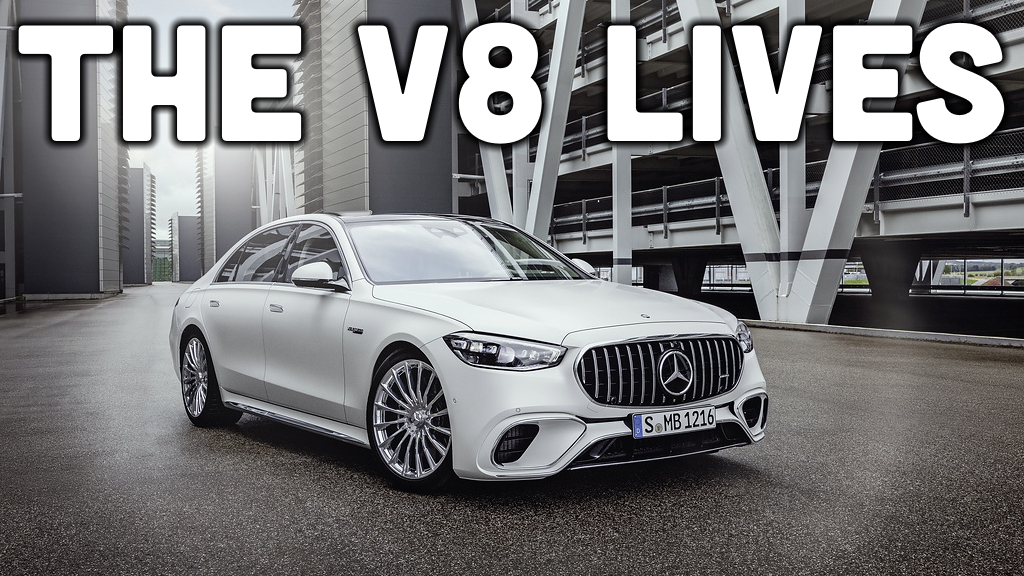 The new Mercedes-AMG S63 E Performance isn’t the fastest sedan in the world. Given a long enough runway, a much cheaper Dodge Charger Hellcat will run away from the big German. It’s also not the most luxurious sedan in the world, with models like the Bentley Flying Spur and Rolls-Royce Ghost catering to a still more wealthy clientele. Any number of hypersonic electric sedans will wax the S63 E Performance from zero-to-sixty, and so will the current E63. However, despite this Top Trumps conundrum, the S63 E Performance still might be the king of big sedans. Let me explain. 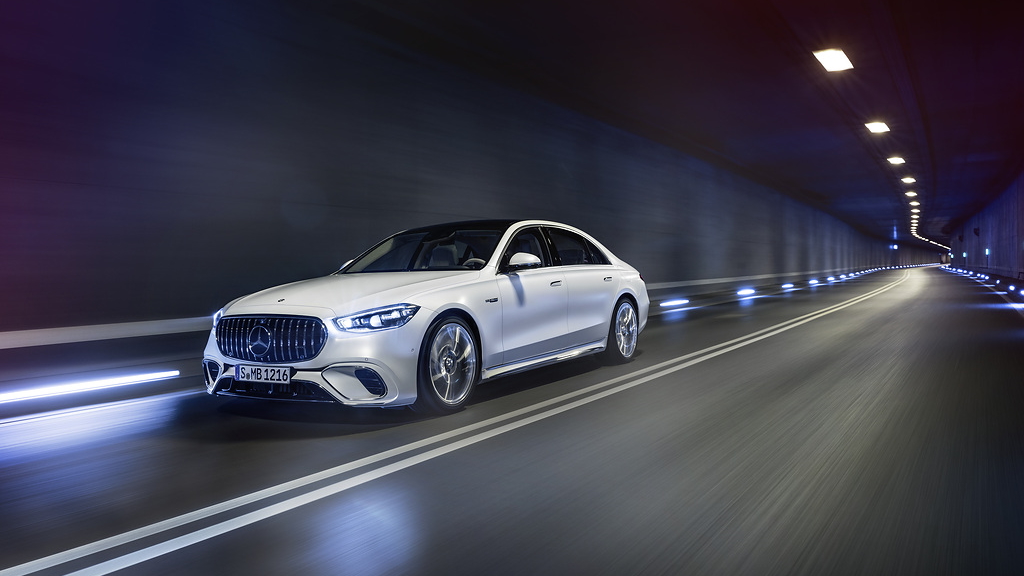 If we all piled into a hot tub time machine and headed back to 2016, we’d find a bewildering array of ultra-powerful gas-burning executive sedans for sale. Everyone from Aston Martin to Rolls-Royce was cranking out very fast, opulent sedans, as was the trend of the time. Mercedes even had two fast S-Class models, the S63 and the S65. Fast forward six years, and the traditional competition in this space is dying. Alpina has announced that it won’t make another B7 and BMW has given up on the concept of an M7 entirely. The Jaguar XJR is as cold and dead as a frozen chicken, the Audi S8 has been on sale for several years with just a minor facelift, and the Maserati Quattroporte’s future is anything but certain. If you want a fast gas-burning executive sedan that feels bang up to date without spending Bentley money, you can choose between a Porsche Panamera and the S63 E Performance, and the Panamera’s essentially a hatchback. 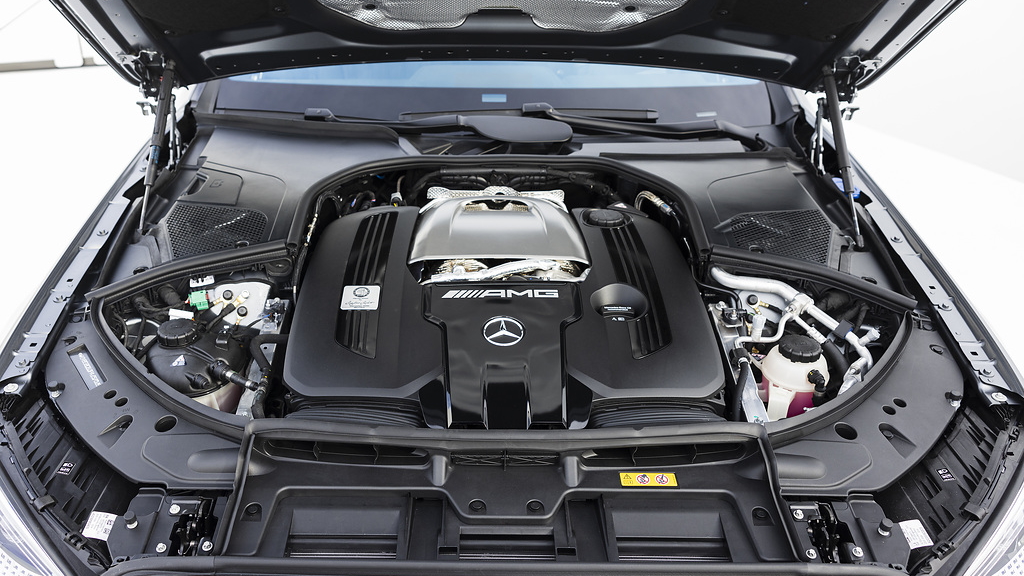 Unlike the C63 S E Performance, the S63 E Performance still uses AMG’s tried-and-true four-liter turbocharged V8. It’s a burly unit known for its baritone blat and torque-everywhere power delivery. Indeed, on its own, the V8 cranks out 604 horsepower and 664 lb.-ft. of torque —big numbers for any production car. All this V8 brawn is augmented by a 13.1 kWh battery pack connected to a permanently excited synchronous motor that should’ve seen a doctor after four hours of priapistic enthusiasm. All this electrification is good for just 33 kilometers of range but 140 kW of peak power. The result is an astonishing 791 horsepower and 1,055 lb.-ft. of torque. Yes, there’s a comma in that torque figure — fitting as commas often relate to wealth.

Putting power to all four wheels through a nine-speed automatic gearbox and a two-speed gearbox on the electric motor, the new S63 E Performance should dash from zero-to-sixty in a claimed 3.3 seconds. Then again, German horses are often stronger than average, so it wouldn’t be surprising if some people manage a hair quicker under ideal conditions.

When the road gets twisty, AMG promises the hardware to back up the power of the S63 E Performance. Not only is air suspension with adaptive dampers standard at all four corners, the anti-roll bars are variable, the four-wheel-steering turns with or against the front wheels depending on vehicle speed, and even the engine mounts can tense up for performance. 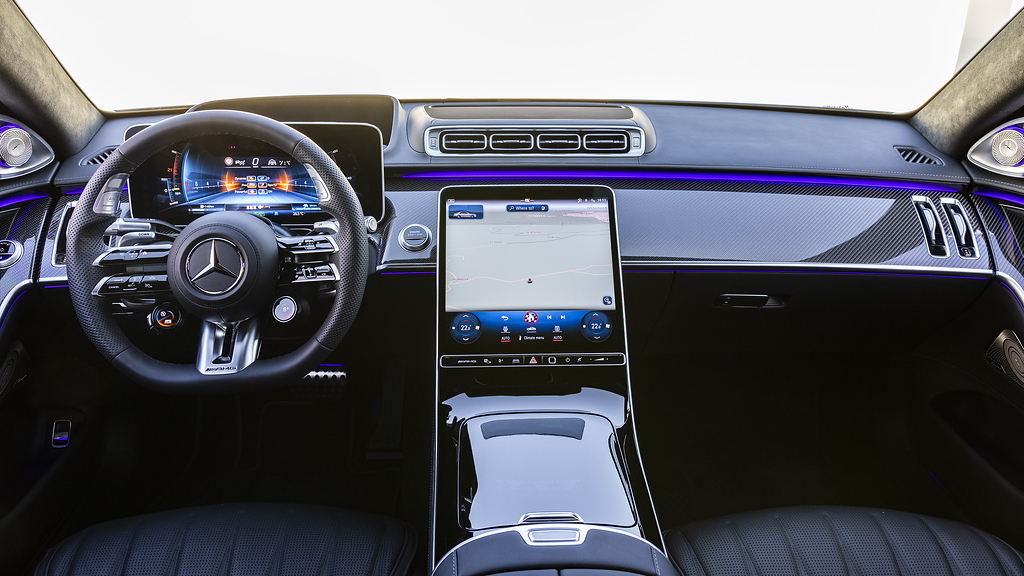 Mind you, switchbacks aren’t where an S63 excels. This lineage of big sedans has been at its best going triple-digit speeds for hours on end with plenty of power in reserve to overtake slower cars and all the comforts of an S-Class on board. Picture massaging seats, heated armrests, a very powerful stereo, and brilliant ride comfort. Almost like a private jet for the Autobahn. While many electric luxury sedans are also very composed at high speeds, current charging technology and energy density limitations of today’s battery packs mean that high-speed highway blasts will be interrupted more frequently and for longer due to charging.

Then again, so long as high-speed cruising is top priority, why not go for a lightning-quick, ostentatiously-appointed SUV instead? They’re easy to get in and out of, offer a high view of the road so you can lord over poorer people, and come in a bewildering array of shapes and sizes. From rolling bricks like the Mercedes-AMG G63 to three-row stormers like the Alpina XB7 to more agile models like the Porsche Cayenne Turbo, the fast SUV market is more popular than ever. Well, I can think of one big reason. 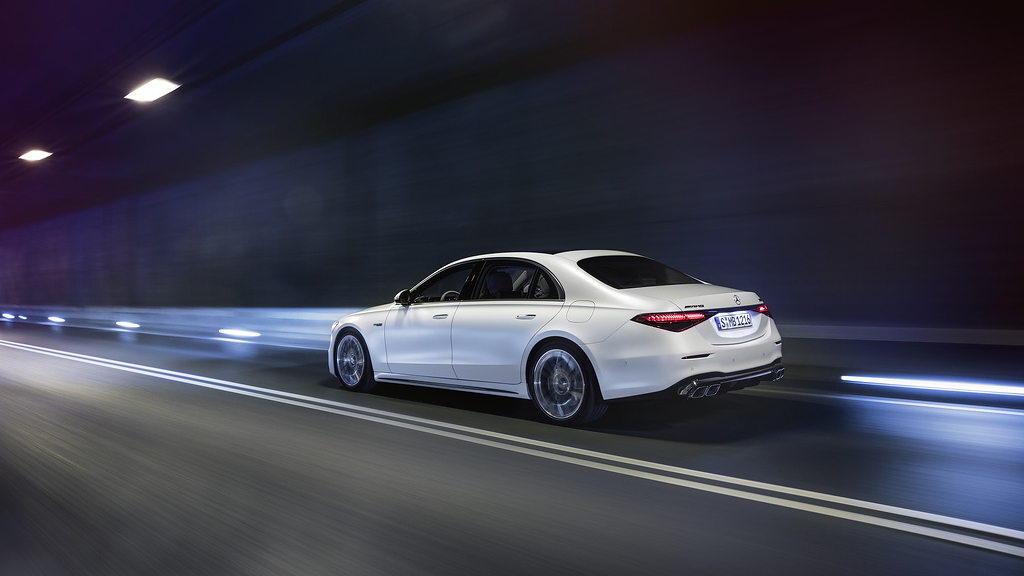 While fast SUVs are distinctly new money, Big Benzes are beloved by autocrats, democrats, and businesspeople alike. It doesn’t matter if you’re Kim Jong-Un, Olaf Scholz, or the CEO of a paper plant, you should roll up in a high-end Mercedes sedan. They’re vehicles that symbolize power, success, and luxury, and the new S63 E Performance is now the most powerful factory-produced S-Class in the fleet. It’s a bit cliché saying that the S-Class feels special, seeing as Sonderklasse translates to Special Class, but it’s true. Enjoy this very fast dinosaur while you can, because who knows if the V8-powered S63 E Performance will stick around for a further generation?

Thomas is a Nu Rave-blaring, heel-toe downshifting, maple syrup-swilling, chassis-geeking, junkyard parts-hauling, floppy-haired scenester who's been writing about cars since college. His current ride is a 2006 BMW 325i with the six-speed manual gearbox. Instagram: @thomas.hundal Twitter: @thomashundal
Read All My Posts »
PrevPreviousThese Are All The Mid-Rear-Engined Cars With Rear Seats We Can Think Of
NextWhat It Was Like Visiting The Birthplace Of The ‘Cafe Racer’ Motorcycle — London’s Ace CafeNext