What stars needed to align to give us two dirt-ready sports cars in the same model year (Porsche just revealed the 911 Dakar in LA)? Perhaps early Gen X-ers with money are fantasizing over teenage punch-drunk Group B glory, or road infrastructure has decayed to an apocalyptic state. Maybe the influencers of Los Angeles have grown tired of grounding out their cars on intersection road crowns. Whatever the case, it’s Lamborghini’s time to shine with the Huracan Sterrato. 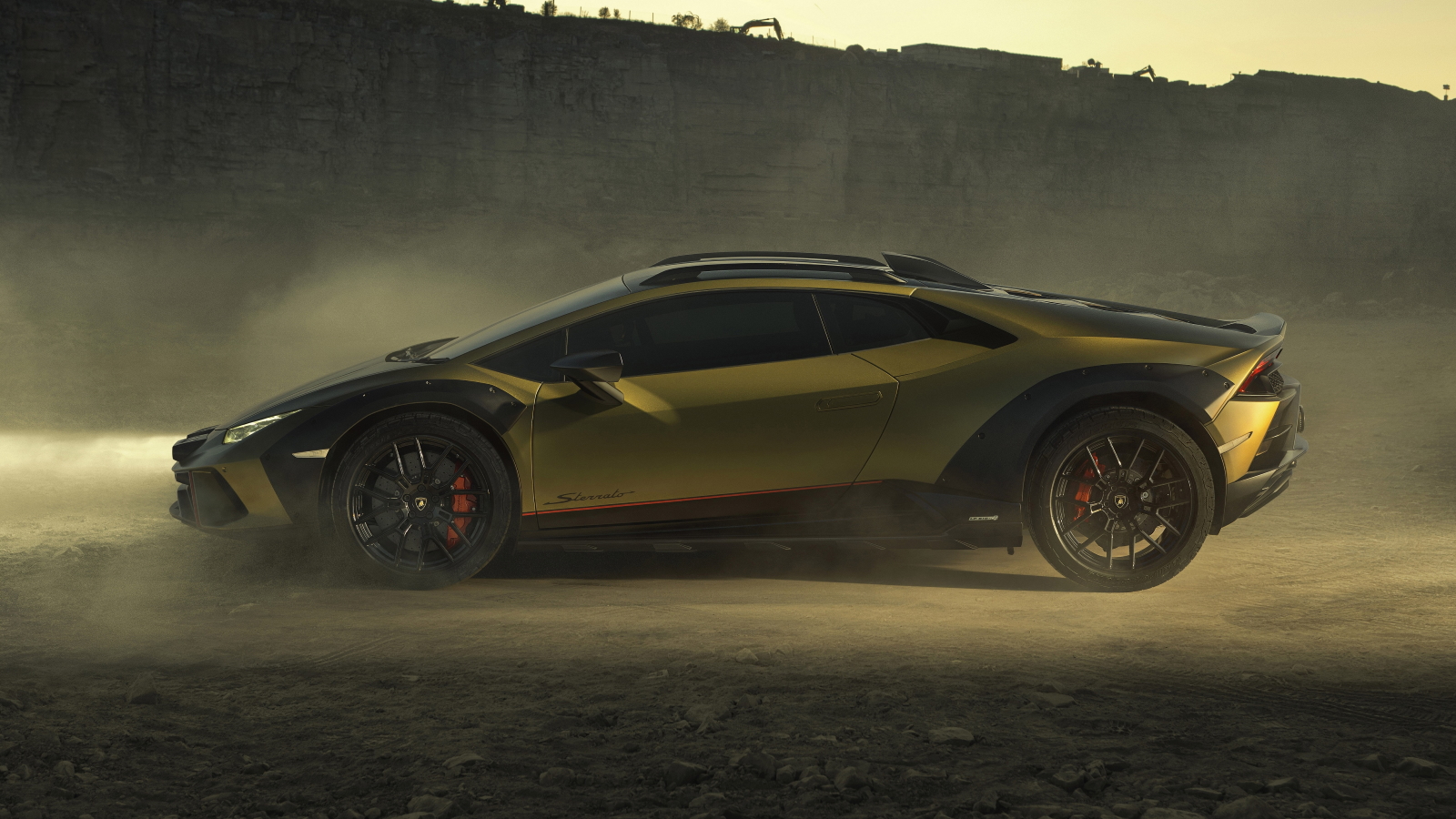 While we’ve seen previews of the Lamborghini Huracan Sterrato, the Italian automaker released details on this insane gravel-spitting supercar just a few hours ago at Art Basel, an art event in Miami where venture capitalists do ketamine and attempt to DJ (this is a joke, for the record). With that in mind, let’s go over some of the finer points of the Lamborghini V10’s golden hour.

While a guard for the front differential sounds nice, I’m wondering if Lamborghini could’ve gone further when it comes to obstacle protection. Without mention of a rear skid plate, the powertrain sounds underprepared, but we’ll have to see the hardware to tell.

[Editor’s Note: We’re really only mentioning this because this was an area where the Porsche 911 Dakar seems glaringly deficient. Still, the biggest area where the Porsche appeared inadequate was in engine protection, and since this Lamborghini isn’t front-engined, I wonder if there’s a skid protecting the motor? Hmm.-DT]. 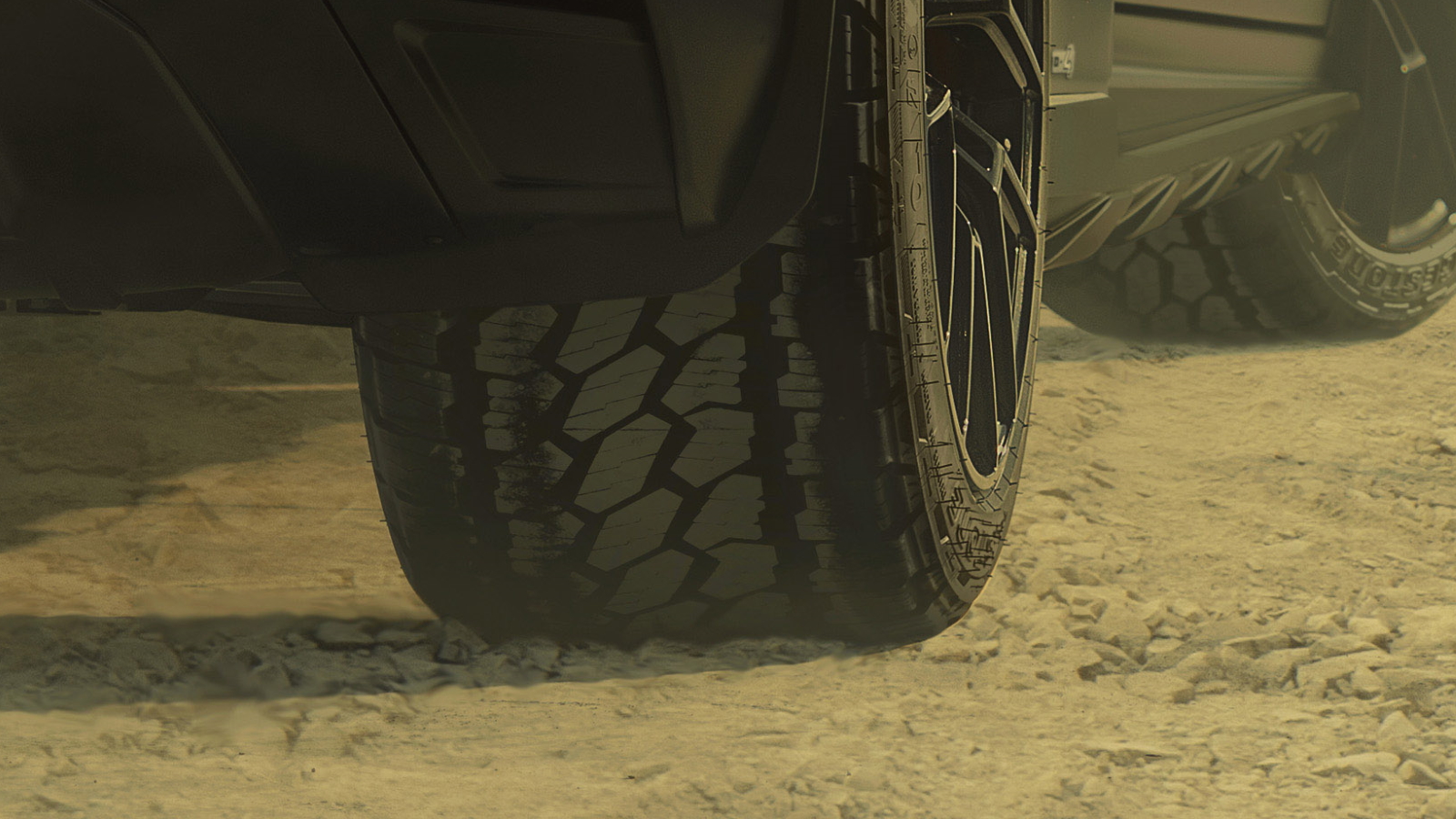 As expected, the tires are Bridgestone Dueler AT002 all-terrains carrying a W speed rating, although the Huracan Sterrato’s top speed is capped to a reasonable 160 mph. The speed rating isn’t the most interesting thing about these gumballs; they use a tread pattern that looks like a cross between an all-season and a true all-terrain, with chunky center blocks for clawing at gravel and wide shoulders for tarmac handling, plus they’re run-flats because there isn’t much room to put a spare tire on a Huracan.

In addition to the special tires, Lamborghini’s released some details on suspension tweaks. Ride height is up by 44 mm (about 1.75 inches) over a standard Huracan Evo to 179 mm or 7.09 inches — a fairly generous figure for a sports car. To aid stability, front track is 30 mm wider (about 1.2 inches) than on a standard Huracan Evo, while rear track is 34 mm wider (about 1.3 inches). 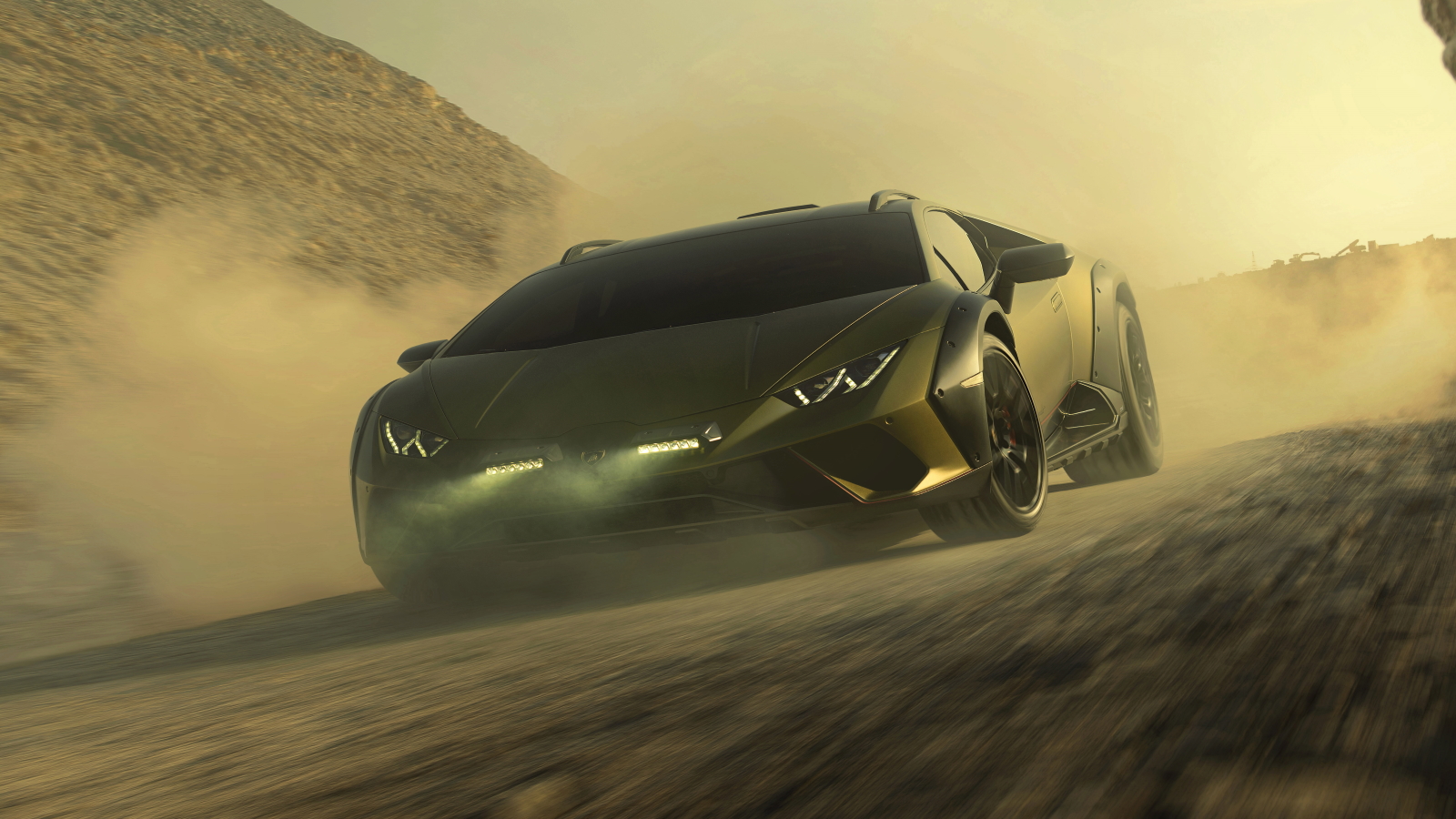 As for power, the Huracan Sterrato makes 602 horsepower from its naturally-aspirated V10, the same as the original Huracan and tied with the Huracan Evo RWD for lowest output in the current Lamborghini range. However, despite the detuned engine, the Sterrato spits power to all four wheels with a locking differential on the rear axle. Remember, all-wheel-drive is usually only as good as its differentials, so this setup should allow for some decent traction. Lamborghini quotes a zero-to-62 mph time of 3.4 seconds, which is not bad considering the nearly-farm track-friendly tire setup.

Mind you, reliance on hardware doesn’t mean there aren’t software tweaks going on underneath the skin. The mad scientists in Sant’Agata have found it fit to equip the Huracan Sterrato with a rally drive mode to alter a variety of (presumably) suspension/steering parameters for dirt running. In addition, the gauge cluster now packs some off-road goodies including an inclinometer, a coordinate indicator, and a steering angle indicator. Worthy stuff, I reckon.

Of course, as the Huracan Sterrato is a Lamborghini, the level of customization on hand is outrageous. The nose-mounted auxiliary lamps shown in the press photos are optional, as are roof rack cross bars, various trim treatments, and an absolutely bewildering array of colors. Check out this one I specced in Oro Elios, otherwise known as 1970s toilet gold. Fabulous, isn’t it? 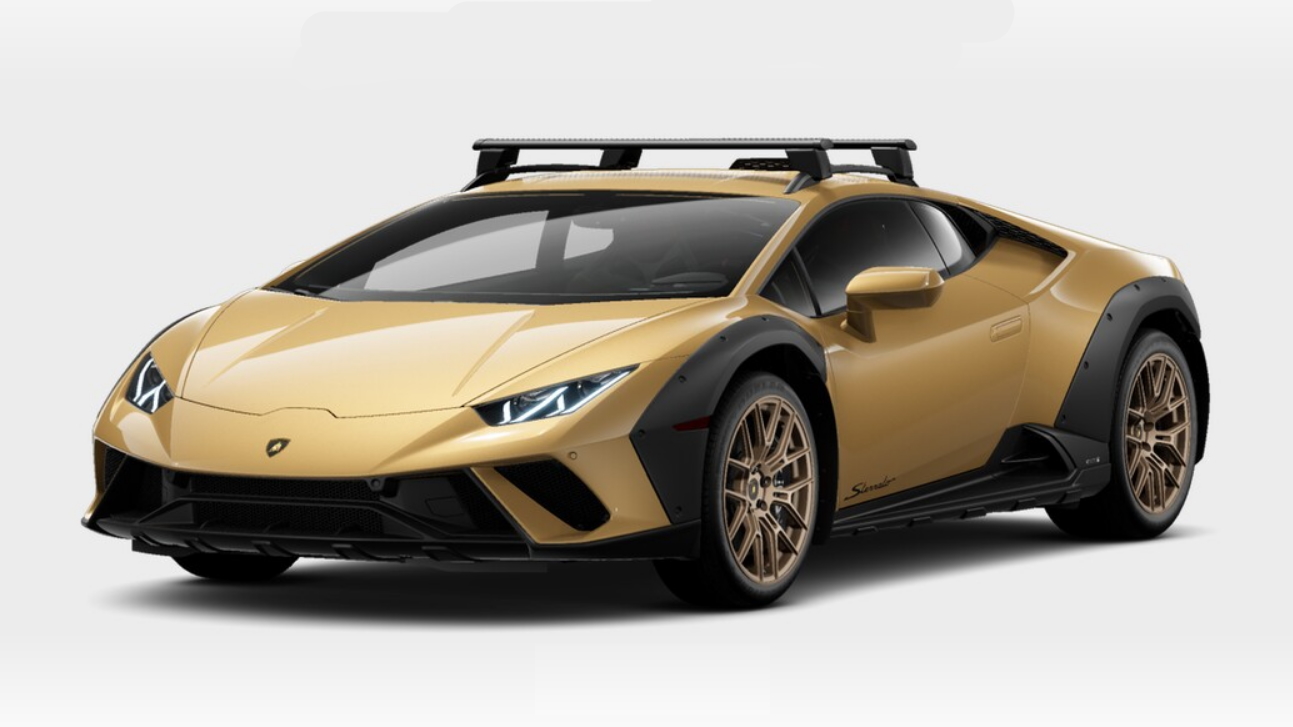 Pricing for the Huracan Sterrato hasn’t been released but don’t expect it to be cheap. After all, a raging bull commands a pretty penny, even in a bearish market. However, rarity is essentially assured by a production cap of 1,499 units, with the first ones expected to be made in February. While it would’ve been easy for Lamborghini to rummage through its parts bin and phone in the last non-hybrid supercar it’ll ever make, it went full action movie to build something absolutely gnarly. All great parties end in mayhem, after all.

All photos courtesy of Lamborghini

Thomas is a Nu Rave-blaring, heel-toe downshifting, maple syrup-swilling, chassis-geeking, junkyard parts-hauling, floppy-haired scenester who's been writing about cars since college. His current ride is a 2006 BMW 325i with the six-speed manual gearbox. Instagram: @thomas.hundal Twitter: @thomashundal
Read All My Posts »
PrevPreviousLancia Unveils New Logo, Direction, And A Sculpture That Looks Like A Computer Mouse
NextThe Rounded Ford F-150 From The Late 1990s Was The Best F-150: Prove Me WrongNext