You know what’s one of the saddest zombies of the auto industry right now? Lancia. Lancia was once one of the most innovative, stylish and daring automakers for decades, and now they’re just a shell of themselves, with a website that offers precisely one (1) car for sale, the Ypsilon.  So what happened to Lancia? This was the company that had the first unibody car, the first production V6, handsome cars like the Flaminia, and the flapjacking Stratos, for fudge’s sake! And now? They make one city car. I think Stellantis is finally waking up to the idea that they’re sitting on something that could be really great, which is why they’re re-launching the Lancia brand, complete with a new mission, new logo, and even a concept that’s not so much a car as it is a giant sculpture of what looks a lot like a computer mouse. 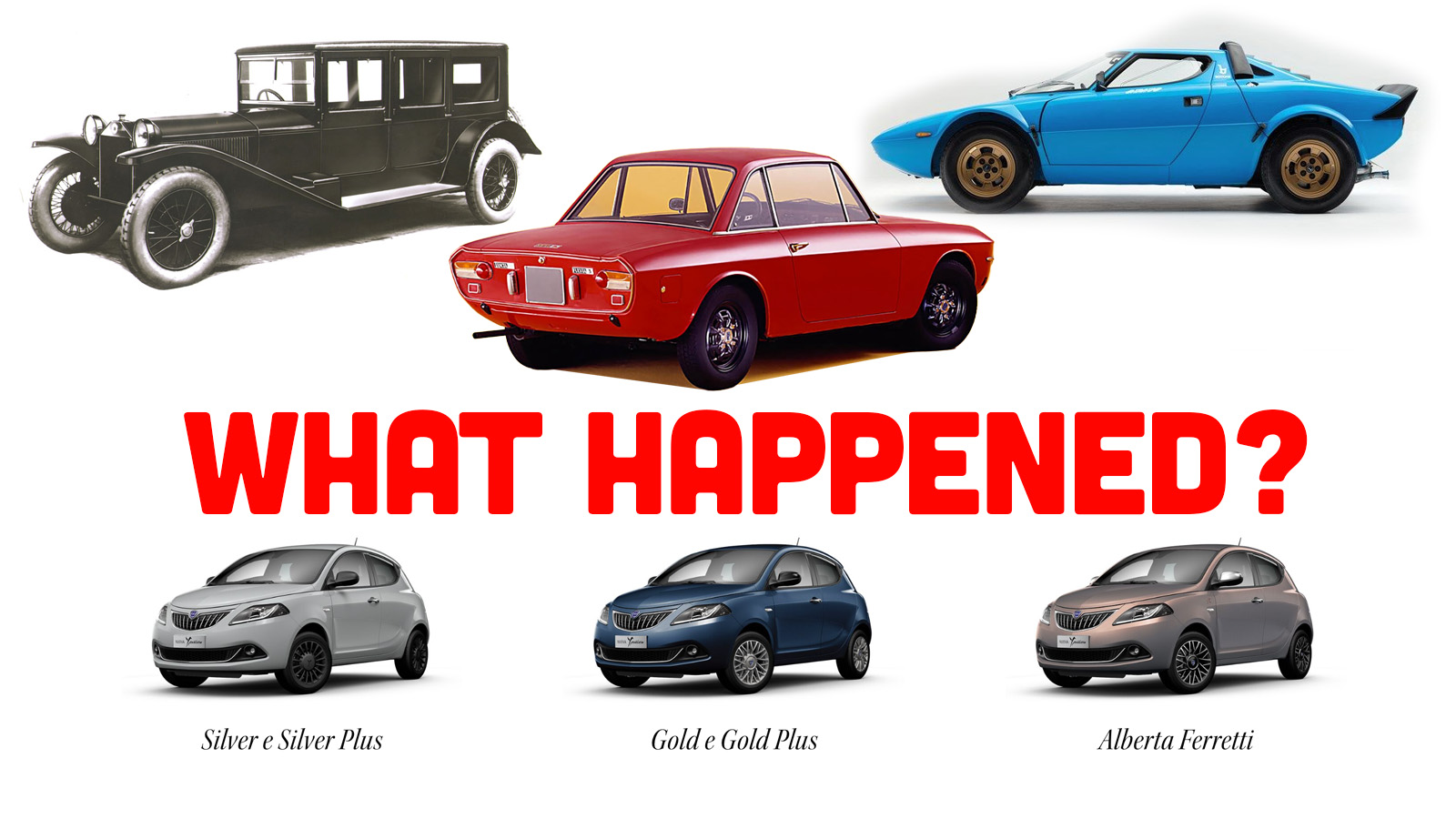 They launched all this a couple days ago, and yesterday released a video of their full Lancia Design Day event, which I’ll be happy to let you watch, for free, even:

Let’s start with what Lancia’s goal is going to be; instead of providing Stellantis with a whole car brand that the company can forget even exists until the end of the workday when someone, somewhere probably thinks “oh, shit, right, Lancia!” with that same exact feeling you got at college when you had those dreams about an entire class you totally forgot about all semester, Lancia will now be an all-electric brand, with three all-new EVs planned for release between 2024 and 2028.

So you know they’re serious this time and this isn’t just another rebadge-a-Chrysler-300 kind of situation, Lancia has also rolled out a new logo, this one going back to an older design, not seen since 2007, that references the namesake of Lanica: a lance, like the big pointy weapon, with a banner that reads LANCIA.

The new logo returns to the banner and lance, albeit highly simplified and streamlined, a big improvement over the weird, centered fangs and stuffy serif lettering of the outgoing logo, which felt like a mutated snake about to bite a business card from a watch store. Much like the justifiably-maligned Kia logo, the new Lancia logo eliminates the crossbars from the As, though in this case it makes more sense, as As sans crossbars are just the Greek letter lambda (Λ), which was the name of the first car, the Lancia Lambda, to use the now nearly universal unibody-type construction. Was this an intentional reference? I have no idea.

Perhaps the strangest thing about this “renaissance” (the press release calls it that) of Lancia is how they’re choosing to show off their new “Pure and Radical” design language, not via a concept car, as such, but via something they call the Pu+Ra Zero, a sculpture that embodies the traits of their new automotive design language without the constraints of being, you know, an automobile.

I suppose most concept cars are really just rolling sculptures anyway, so I guess the Pu+Ra Zero is just extrapolating this to its ultimate form, where any pretense of utility or drivability is dispensed with in favor of pure design.

I mean, there are some hints at automotiveness in the thing, perhaps most so at the rear, where a pair of ovoid red rings remind us of the majesty that once were taillights: 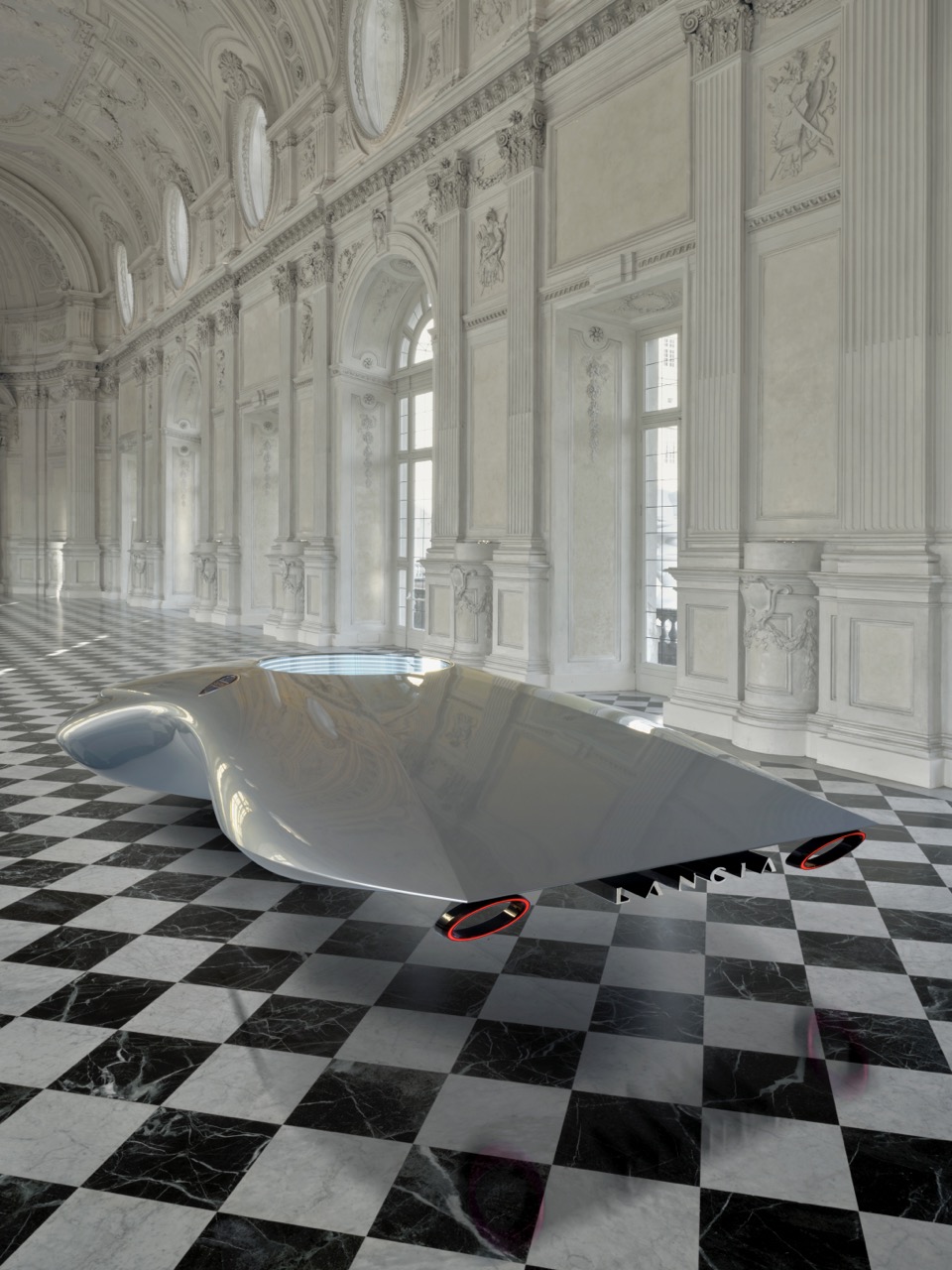 I have to say I do really like the way the letters that form the name were handled at the rear, in a highly dimensional, extruded way: 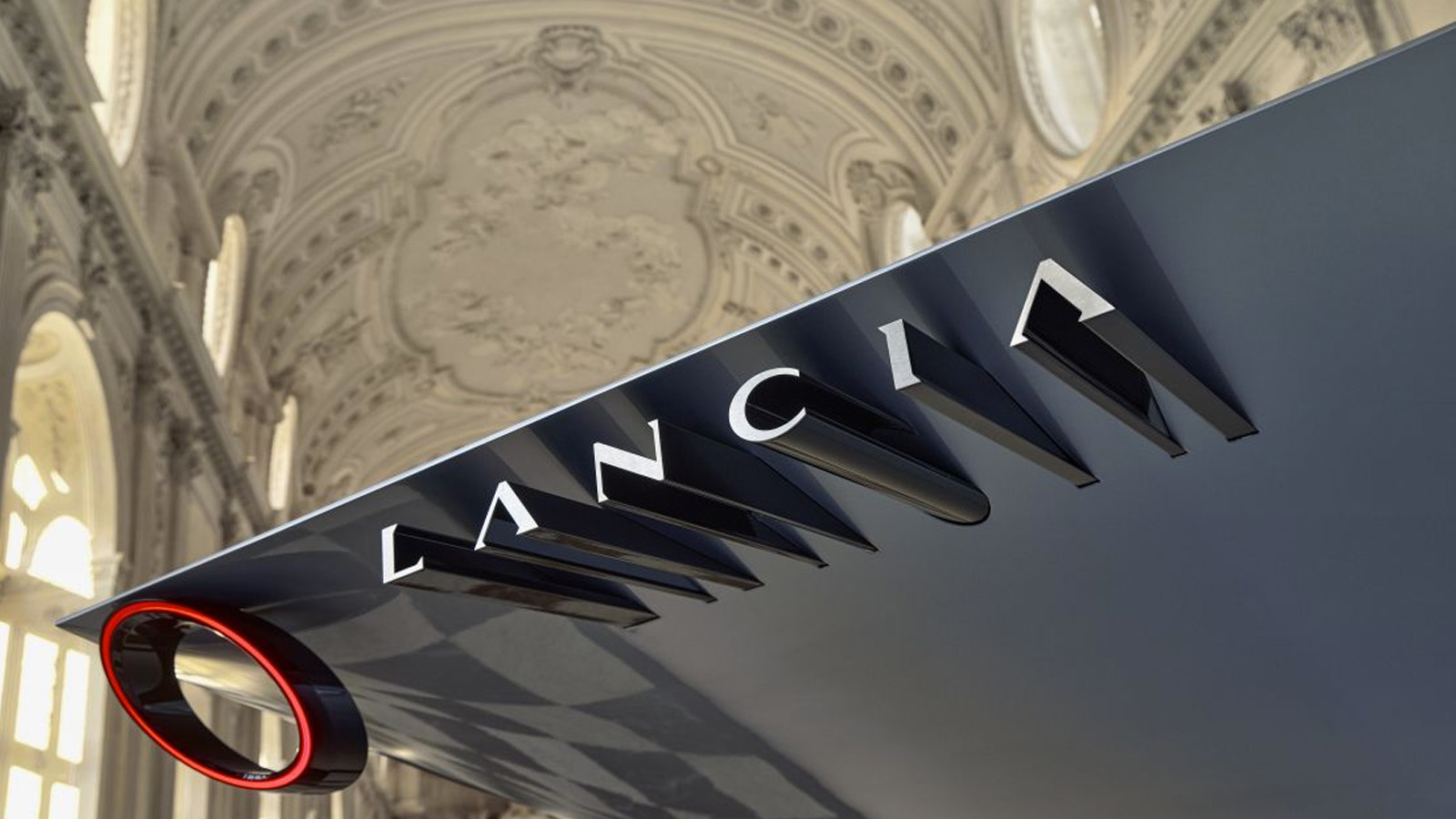 Considering how much emphasis modern automotive design places on wheels, it is interesting to see a design study that eliminates them entirely, for better or worse. 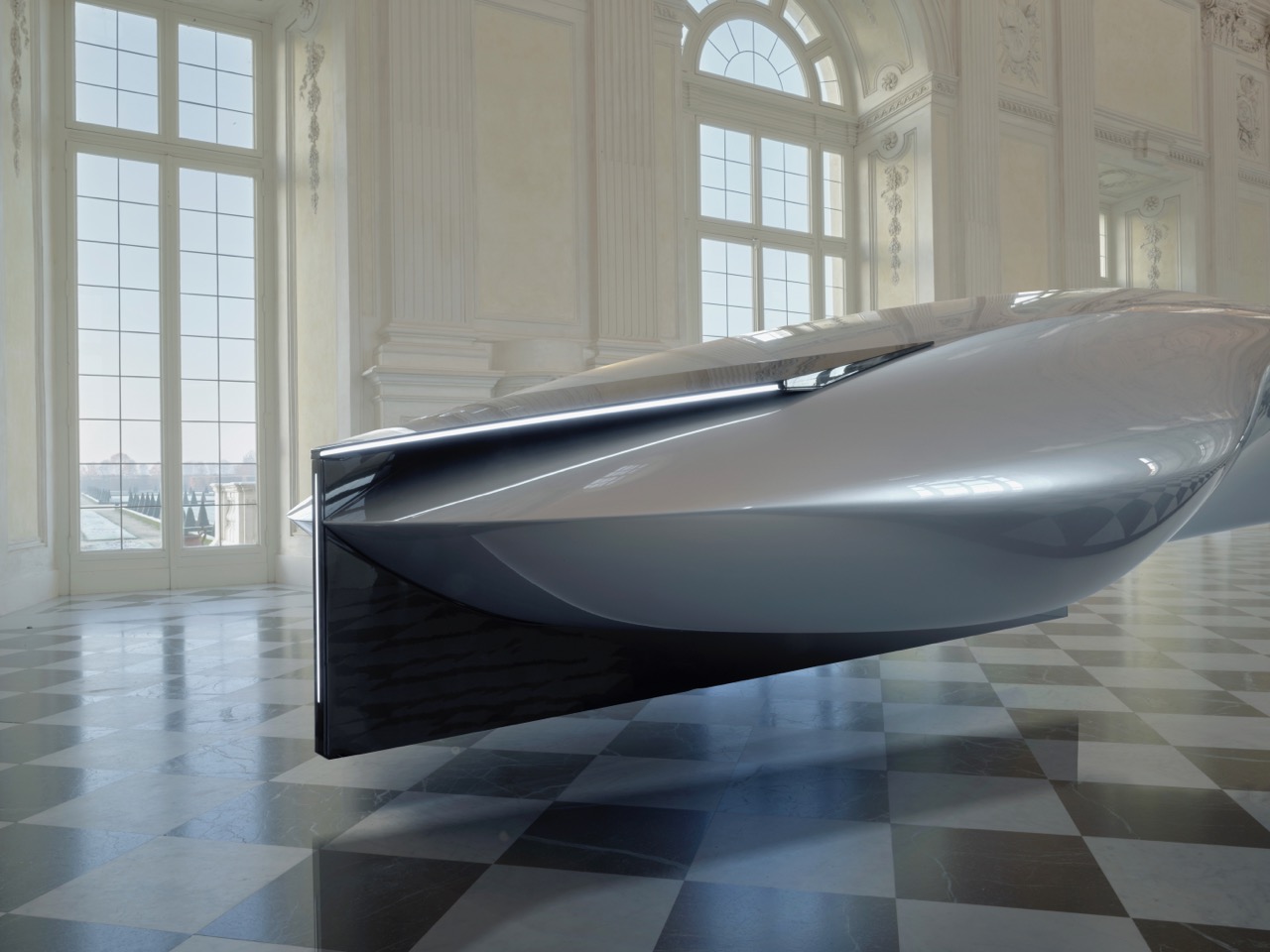 I suppose the central, glowing hole is meant to evoke thoughts of powerful electric storage systems or perhaps even something exotic and fictional like a small fusion reactor, but despite this sorta-technical element, no attempt appears to have been made to determine how this design language would package passenger room or mechanical components.

I suppose this “3D mainifesto” (again, words from the Press Release, not me) does convey enough of an aesthetic vocabulary that we should have some reasonable guess about the design of the upcoming EV Lancias: sleek, highly streamlined, like dollops of mercury dropped into a swimming pool.

Or, you know, a computer mouse.

Lancia is a marque I’ve always liked and respected, but the past couple decades or so has not been good to it. I’m glad Stellantis has dragged old Lanica out of the ditch, hosed it down, and towed it into the garage. I’m very curious to see what comes out the other end that can actually be driven.

I'm a co-founder of the Autopian, the site you're on RIGHT NOW! I'm here to talk to you about taillights until you cry and beg me to stop, which I absolutely will not. Sorry. Hug? Also, David's friend.
Read All My Posts »
PrevPreviousCorvette Is Reportedly Going To Become A Brand With A Sedan And Crossover
NextHere’s What Lamborghini Did To The Huracan Supercar To Turn It Into An ‘Off-Roader’ Called The Lamborghini Huracan SterratoNext