Lamborghini Is Building An Absurd Off-Road Version Of The Huracan And It’s Called The Lamborghini Huracan Sterrato. Here’s A First Look

After months of teasing, Lamborghini has released photos of the production-spec Huracan Sterrato, a mid-engined supercar meant for gravel tracks rather than asphalt road courses. With the Safari trend still in full-swing, Lamborghini’s sending its entry-level Huracan supercar out with a bang, but there’s more to this than just the end of a successful model run. The Huracan Sterrato is expected to the last fully combustion-powered Lamborghini supercar ever. The Aventador is already out of production, and both the big bull and this little one will likely be replaced with hybrids. 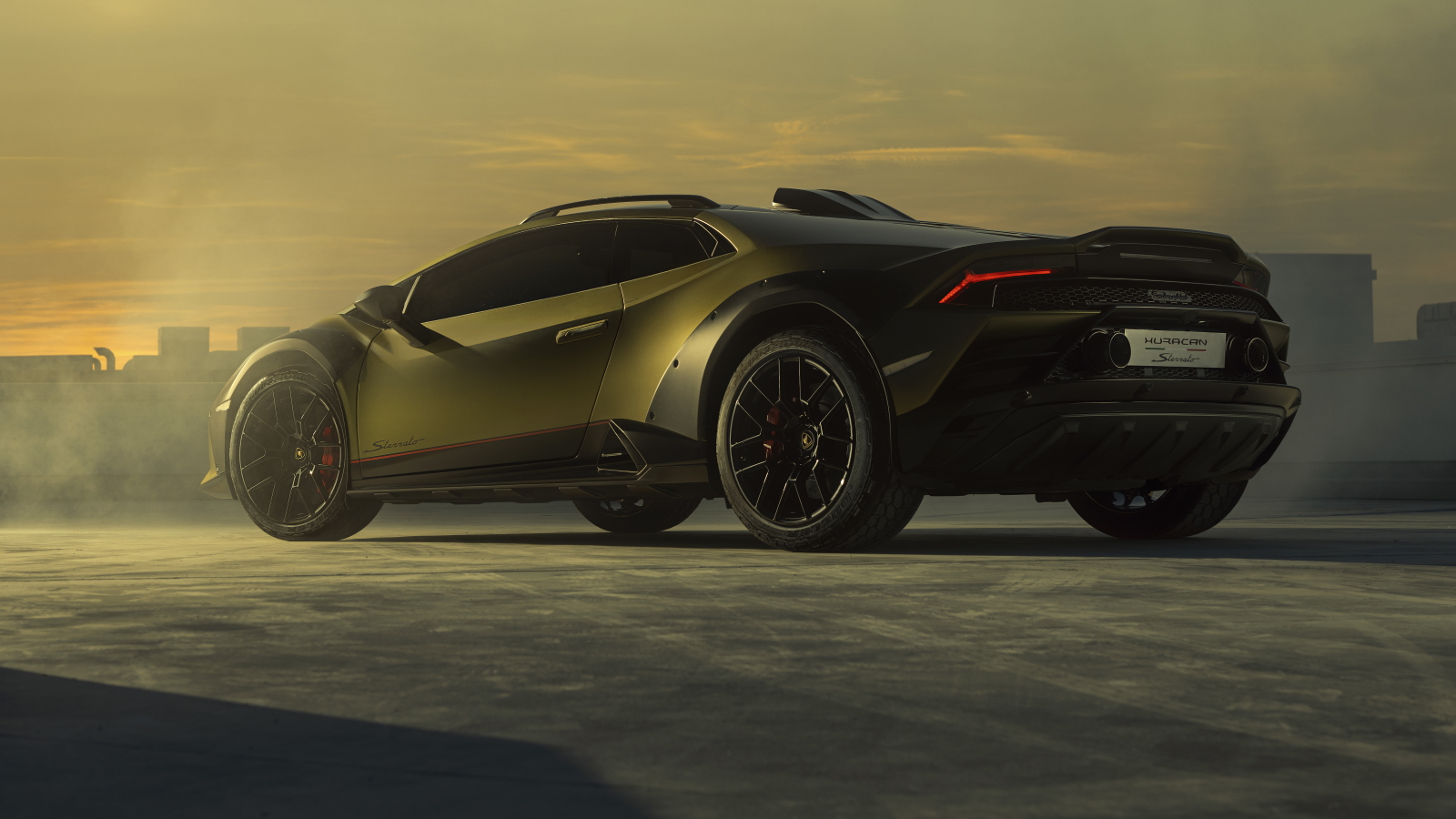 On the outside, the Huracan Sterrato certainly looks the part. All wheel arches feature integrated mud flaps that should help mitigate rock chips, while extensive plastic cladding should go the rest of the way. The unpainted fender flares appear to be secured using exposed bolts, while unpainted trim under the side skirts should take the odd gentle rock scrape just fine, although approach angle remains a bit of a concern. Hopefully that front spoiler is considered a wear item.

Speaking of exterior bits, the Huracan Sterrato doesn’t stop at plastic cladding. While the roof-mounted light bar from the concept is gone, active owners can mount a bike, snowboard, or roof box on top of the car thanks to a set of black roof rails. Mind you, it’s best to make sure that any roof-mounted attachments clear the STO-esque roof scoop, lest you accidentally crush an important air intake. To light the way, Lamborghini has augmented the standard headlamps with a pair of LED light pods on the bumper. How very Autozone. 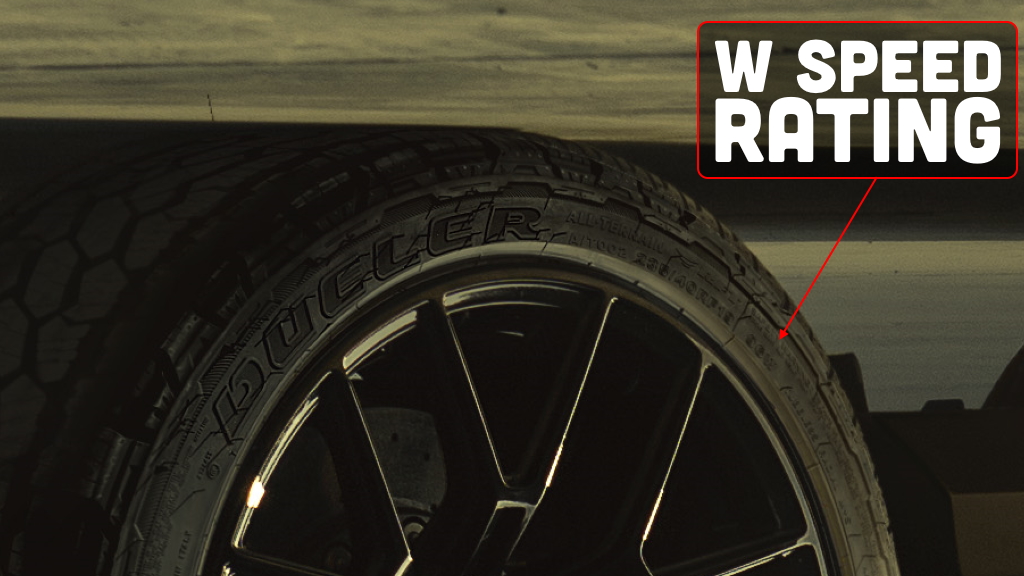 As part of the off-road diet, Lamborghini has ditched high-performance tires for Bridgestone Duelers, which produces two fascinating results. The first is that the Huracan Sterrato could be the slowest Lamborghini sports car in a long time as manufacturers like to cap top speed within tire limits for liability reasons. The second is that we’ve likely ended up with an all-terrain tire with a hilariously high speed rating. If I crop the hi-res press pics, you can see that the rear tires appear to carry a W speed rating, meaning they’re certified for 168 mph. For context, most all-terrain tires carry a speed rating of S or T, 112 and 118 mph respectively. While Lamborghini hasn’t release performance specifications for the Huracan Sterrato yet, this could give you an idea of what’s to come. 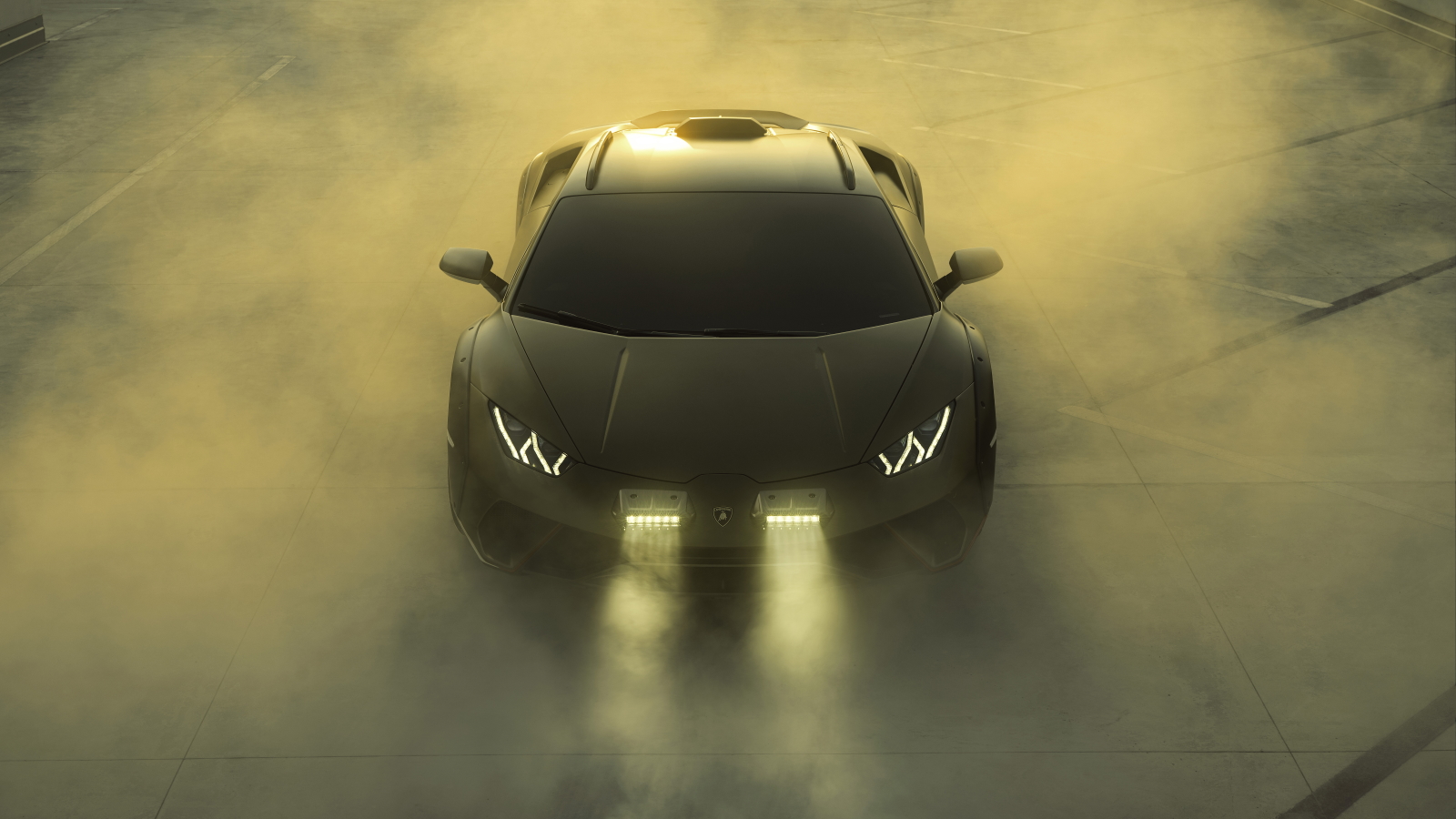 Of course, given that Lamborghini hasn’t released specifications for the Huracan Sterrato, there’s still a lot we don’t know such as price, acceleration, performance, and ground clearance. However, it looks like we won’t have to wait long for such figures. Expect more info on Nov. 30, when Lamborghini plans to fully unveil the Huracan Sterrato at the Art Basel in Miami. That’s a rather interesting venue, as the Los Angeles Auto Show opens this week, and California is a huge market for supercars. Then again, what better place to court wealthy clients than at an art show?

All photos courtesy of Lamborghini

Thomas is a Nu Rave-blaring, heel-toe downshifting, maple syrup-swilling, chassis-geeking, junkyard parts-hauling, floppy-haired scenester who's been writing about cars since college. His current ride is a 2006 BMW 325i with the six-speed manual gearbox. Instagram: @thomas.hundal Twitter: @thomashundal
Read All My Posts »
PrevPreviousVigilante Real Estate Agent Finds Cache Of Stolen Cars Because You Do Not Mess With Real Estate Agents
NextParts-Bin Puzzle, What-If Edition: Our Daydreaming Designer Imagines AMC Export Cars For FranceNext