Once again, it’s time to look at the wacky creations of the last independent American auto manufacturer. With this AMC What If? series, I’m looking at some strange alternate reality scenarios from this defunct brand. Actually, this is really sort of two posts in one, since I’ve inadvertently created a bonus Parts Bin Puzzle with my creations. Torch is getting Yugo-level value for his money from me today, in every sense of that description.

You might be aware that American Motors would likely have died even earlier than they ultimately did had they not been bailed out by the French. Renault bought a chunk of the company back in the seventies, which gave AMC a needed infusion of cash and also gave the French firm an outlet to sell their cars, such as the Renault 5 with ‘Le Car’ branding often emblazoned on the rocker panels. 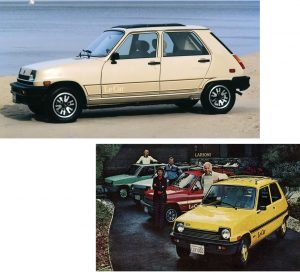 The alternate universe story is that while visiting American Center in Southfield, the French executives got a close look at the existing American Motors products like the Gremlin and Matador. Instead of running away in horror saying “Mon Dieu! What did we just buy?“, these Renault kingpins thought that buyers in France would lose their shit over these unique designs. 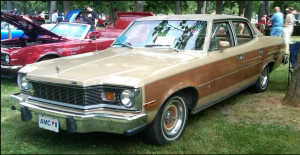 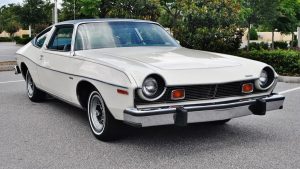 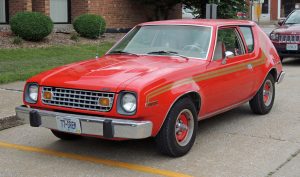 Plus, the execs figured that the boats carrying over the little subcompacts from Europe could just be loaded up with Kenosha’s finest products to shill on the people that let their kids drink wine. I mean, you’ve seen French cars of the mid-century era right? If anyone would like these rather bizarre AMC cars, it might be them. 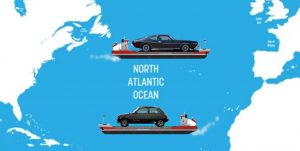 There’s one catch of course. The execs needed to have changes to the cars made before they could be shipped. There are plenty of park benches in Paris so they don’t need the bumpers of their cars to serve that purpose. Also, the blunt front ends with sealed beam lights need to be replaced with items that illuminate the road about three times brighter, and in a yellow urine-on-the-moon kind of tint which was inexplicably required in France at the time.

No problem! This can be done, and the end results might not even be that bad. Time to bust out Photoshop and give this a shot. 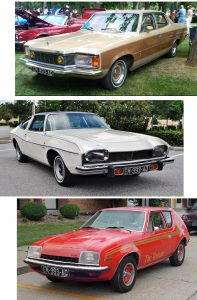 It’s amazing how removing those thick bumper transforms the cars. I mean, we saw countless European cars saddled with giant steel beams and ill-fitting round headlights to allow them to legally roam the streets of Wichita, but how many times has there been an opportunity for a malaise American production car to have all of the safety and emissions equipment ripped off and see what it really looks like underneath?

Of course, you know that I’m not a person with the time or ability to photo realistic illustrations of automotive light fixtures, so I must have gotten these items that I stuck on the French spec Ramblers from somewhere, right? Indeed I did, but can you tell me what cars they’re from? This is an unofficial Parts Bin Puzzle, though legally I can’t call it that unless I want an Autopian writer and her attorney to appear at my door in an RTS bus with a cease and desist order.

Whatever you want to call it, Where my sixties/seventies Euro car design detail ninjas at? When you’re ready you can click here for the answers.

Read All My Posts »
PrevPreviousLamborghini Is Building An Absurd Off-Road Version Of The Huracan And It’s Called The Lamborghini Huracan Sterrato. Here’s A First Look
NextPro Tip: Don’t Try To Hide A Stolen Land Rover In A CanalNext