Porsche just debuted the 2023 Porsche 911 Dakar, a “safari’d” (i.e. lifted, off-road-oriented) Porsche 911, and while I think the mere fact that it exists is awesome, looking at one here at the LA Auto Show leaves me with a few technical questions. Particularly, I’m confused about a few cooling system and off-road-related engineering decisions. Let’s talk about them.

With Porsche releasing a story about two portal axle-equipped 911s climbing a big volcano in Chile, and with a press release for the production version of the safari’d 911 reading “Taking Inspiration From The Rally Stages: The 2023 Porsche 911 Dakar,” you might think the Stuttgart-based sports car brand was building a genuine off-road beast. But a look at the production car here at LA Auto Show, where the vehicle made its global debut a few days ago, makes it clear that this thing is really meant to look cool and do some light dune bashing, but it won’t blast through tough off-road trails.

It’s Not Exactly Going To Be A Beast Off-Road 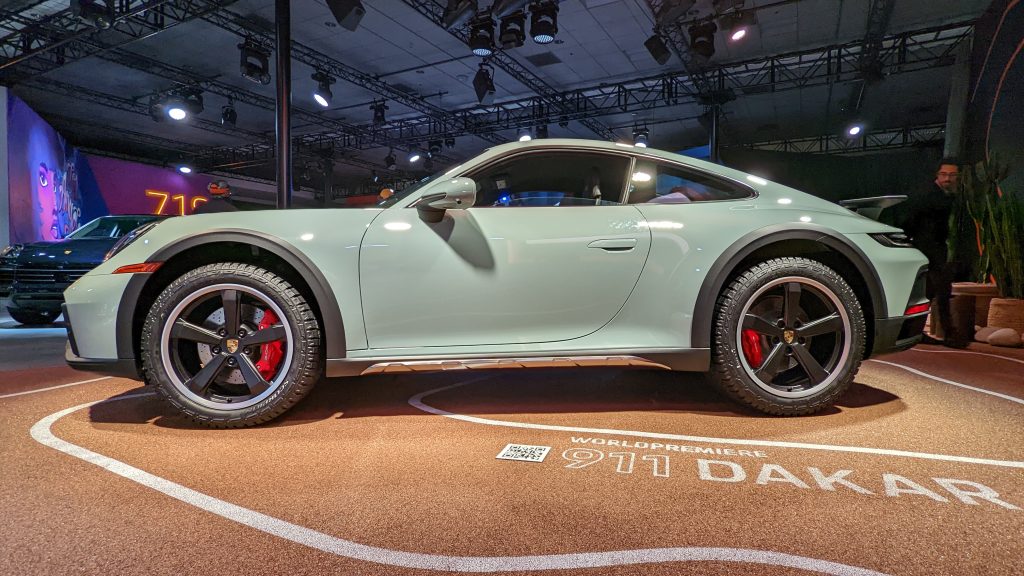 Obviously, just looking at the outside of the car makes it clear that it’s geometrically challenged as an off-roader. With a steel coil spring suspension, the car’s approach angle is a low 14.2 degrees, the departure angle is an also-low 16.4 degrees, and the breakover angle is a suboptimal 16.2 degrees, with ground clearance maxing out at only 6.3 inches. Add the adjustable suspension, and the ground clearance goes to about 7.5 inches, while the approach figure goes up to 16.1 degrees and the breakover angle goes to 19 degrees, per CNET. (I don’t have a departure figure, oddly). 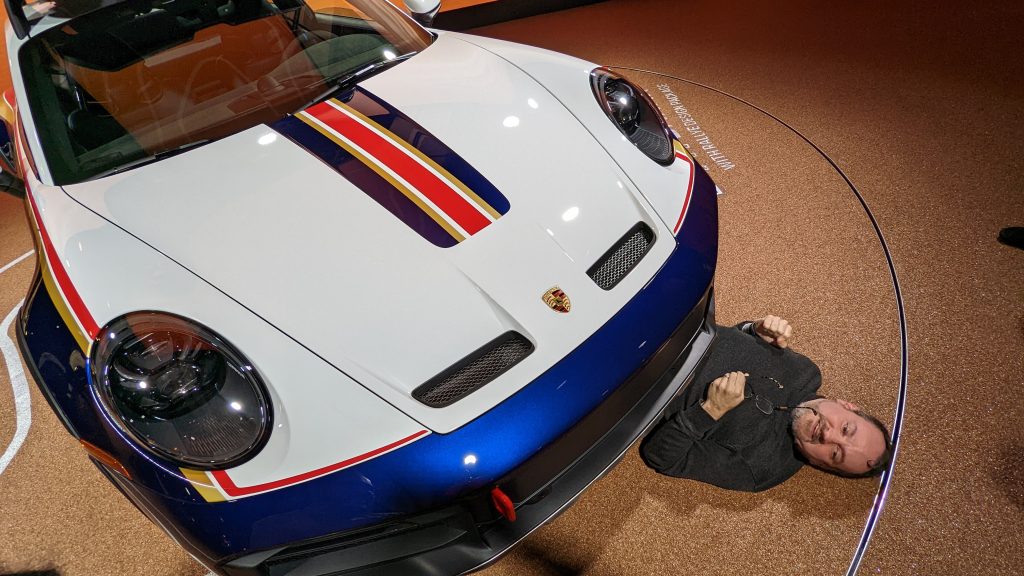 Start looking underneath the Dakar, and the vehicle’s off-roading limitations become even more apparent: 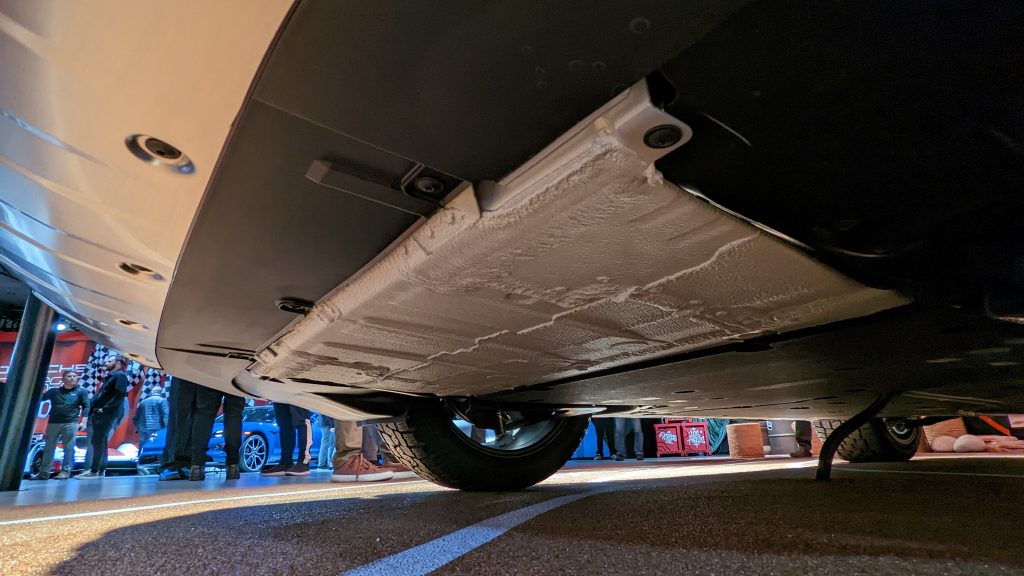 Up front, the body-in-white (the bottom of the frunk) is exposed and lacking a skid-plate; that’s probably fine, though I’d be curious how that’d handle being bashed by big rocks on a rally course. 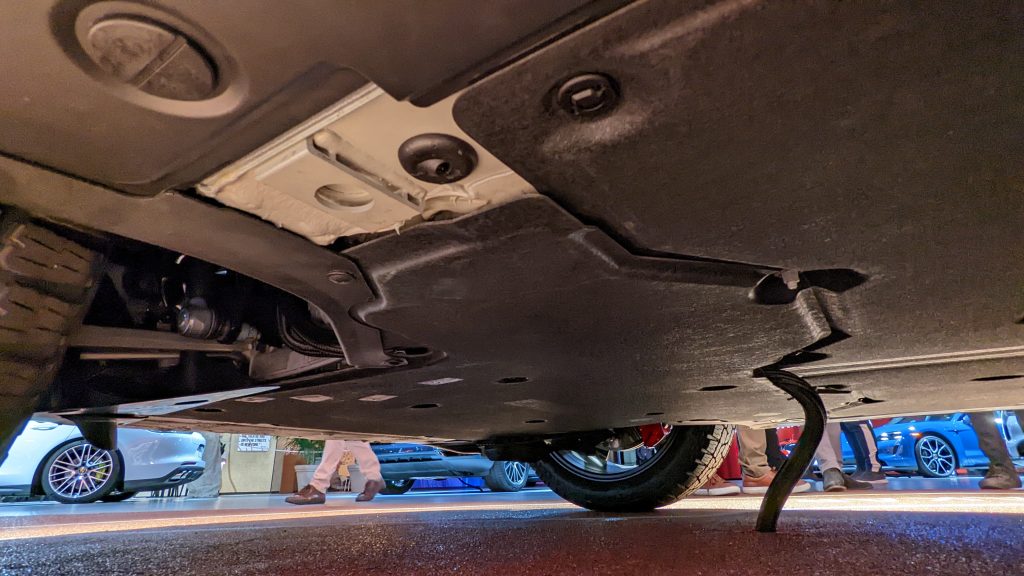 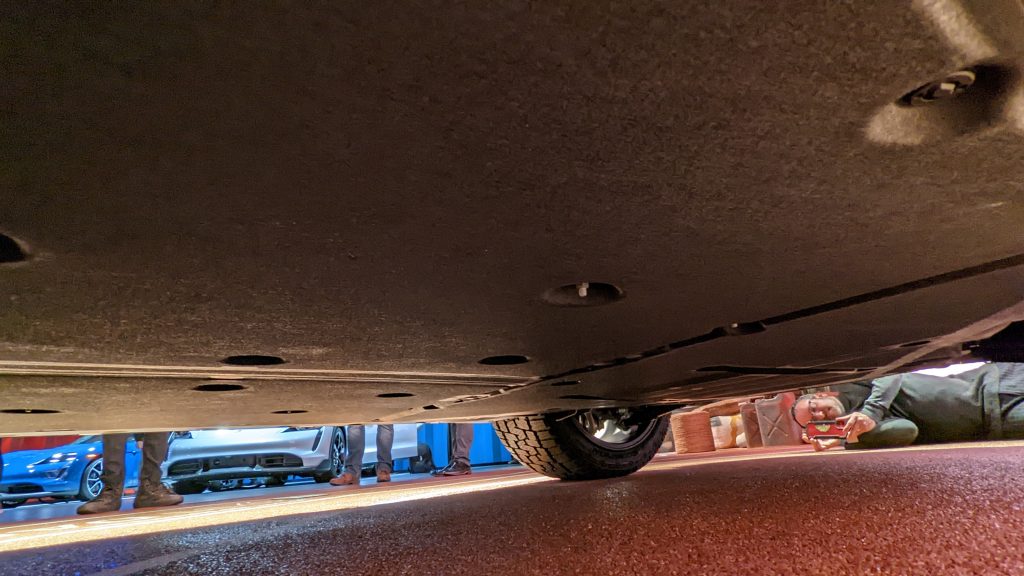 The underbody is flat, but largely covered by plastic shields. I won’t conjecture how well this will hold up when dragged over rocks, but I will guess how well these heat shields will stay in place, and that is: Poorly: 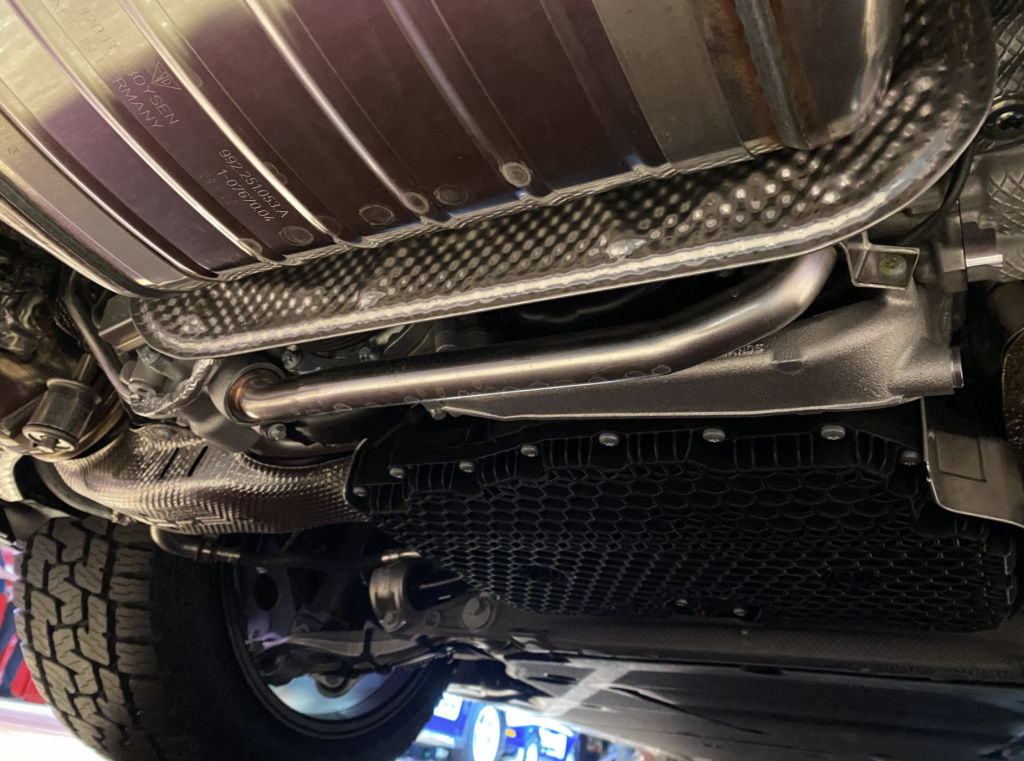 More importantly, look at that nylon engine oil pan just sitting right behind that rear axle, completely exposed — not a single skid plate in sight. Imagine bashing that on a rock and draining oil all over the terrain; yikes. There’s a reason why the Jeep Wrangler JL went from a nylon transmission oil pan (found on some prototypes) to a steel one for production cars.

Before I conclude this section about off-road capability, I have to make you all aware that someone wrote an absolutely astronomically detailed story about plastic oil pans. The article, titled “Autocomposites Update: Engine oil pans — As thermoplastic composites makes inroads into these complex, modular parts, weight and cost go down, functionality goes up” comes to us from Composites World, and the depth of this piece is unbelievably impressive to the point where, if you were to just click on the link and read that article instead of this one here, I honestly wouldn’t even be mad.

Look at the detailed description of the history of composite oil pan development:

As work got underway at DaimlerChrysler in 2007, a parallel program involving BASF and Dana started at Ford Motor Co. (Dearborn, MI, US) on the automaker’s 5.4L/3V (three-valve) V-8 engine for Ford’s F-150 pickups. This three-year effort yielded a 56- by 28- by 20-cm pan that, minus hardware, weighed only 2.24 kg. Also approved for implementation, this effort led to the team’s first North American commercial opportunity, on the 6.7L power-stroke turbo-diesel Scorpion engine in heavy-duty F-250 and F-350 pickups. The Scorpion engine was selected because Ford engineers wanted to integrate an oil level/temperature sensor in this engine’s 38 by 25 by 10 cm, 1.5-kg (fully dressed with hardware) nonstructural pan ― something that would’ve been difficult in stamped steel but straightforward in composites.

Launched in 2009, it was reportedly the first composite oil pan designed for exposed use (typical of North American vehicles without full underbody shields) thanks to a new material (Ultramid B3ZG7 OSI 35%-short-glass/PA 6) and a new waffle-rib configuration. The latter, for which BASF has patents pending, was developed and validated via extensive computer-aided engineering (CAE) analysis and impact testing. A proprietary modification package optimized the resin for stone impacts to -40°C and stabilized it against long-term heat aging in hot oil, bio-diesel and calcium chloride road salts (which normally attack polyamide).

Here’s why composite oil pans have become so popular these days:

And here’s a look at the future of composite oil pans:

Engine oil pans, at least in North America, appear to be evolving from nonstructural to structural designs. A development project underway between Ford, the US Department of Energy (DoE, Washington, DC, US), and the Vehma Engineering and Prototype Div. (Troy, MI, US) of Magna Exteriors (Aurora, ONT, Canada) is investigating a multi-material lightweight vehicle (MMLV) based on a C/D segment sedan where the goal is to produce a drivable prototype weighing 25% less than the benchmark (Mach I), and then create a “virtual” concept vehicle that is 50% lighter than the benchmark (Mach II). One target area for lightweighting on this program is a V6 structural oil pan that will contribute to overall powertrain stiffness. The Mach I design is  a two-piece, glass-reinforced PA pan with a carbon fiber-reinforced composite bracket.

Anyway, my point is that nylon oil pans are actually quite sturdy, they’re just not ideal for off-road applications, just as exposed stamped steel ones aren’t. You want the pan to either be somewhere that’s unlikely to see an impact (like just above the front axle, in the case of the Jeep Wrangler JL) or protected with a skid plate. The Porsche’s pan is just aft of the rear subframe; drag the vehicle’s (plastic-covered) belly over a rock, and that pan will likely see some action. Clearly, this vehicle wasn’t built for that kind of action, even if you have read headlines like “The $222,000 Porsche 911 Dakar Will Take You (Almost) Anywhere.” Keep it on gravel roads and snow-covered lakes; or, more likely, in a garage in a fancy zipcode. 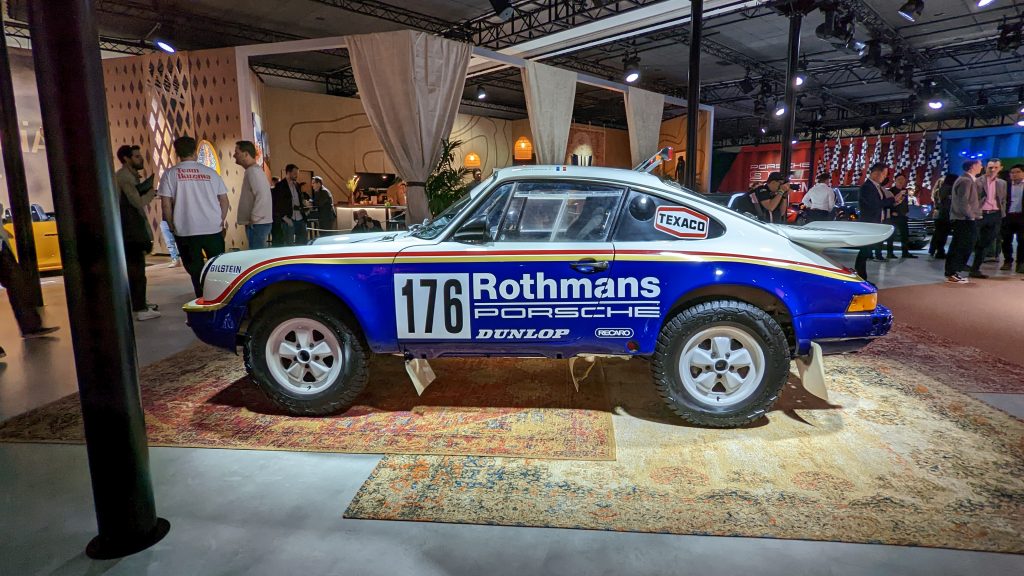 The old-school Porsche 911 Safari, on the other hand? This thing is legit. Look at how high it is off the ground, and look at how much better the approach, departure, and breakover angles are. Plus, check out all the underbody protection: 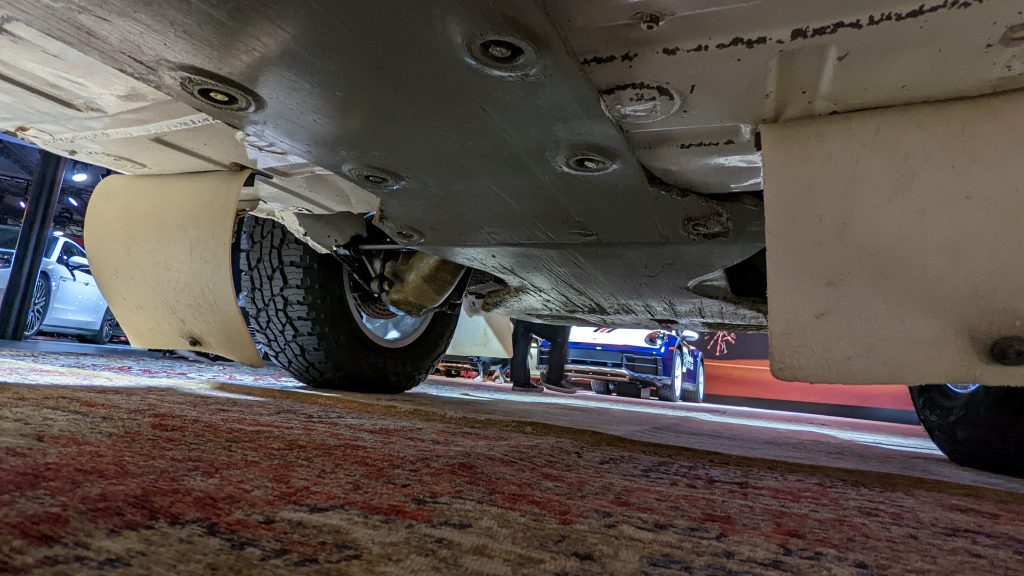 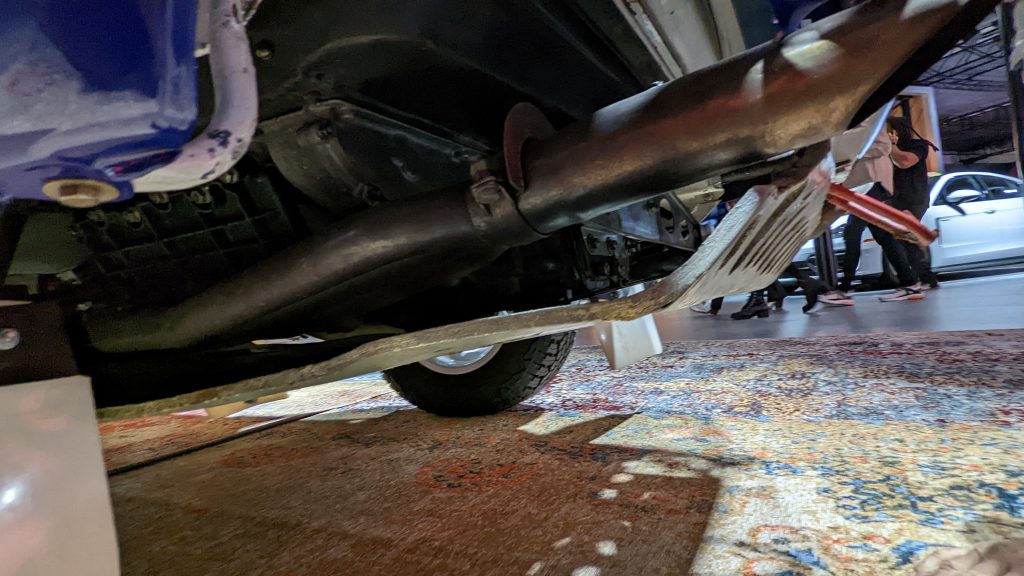 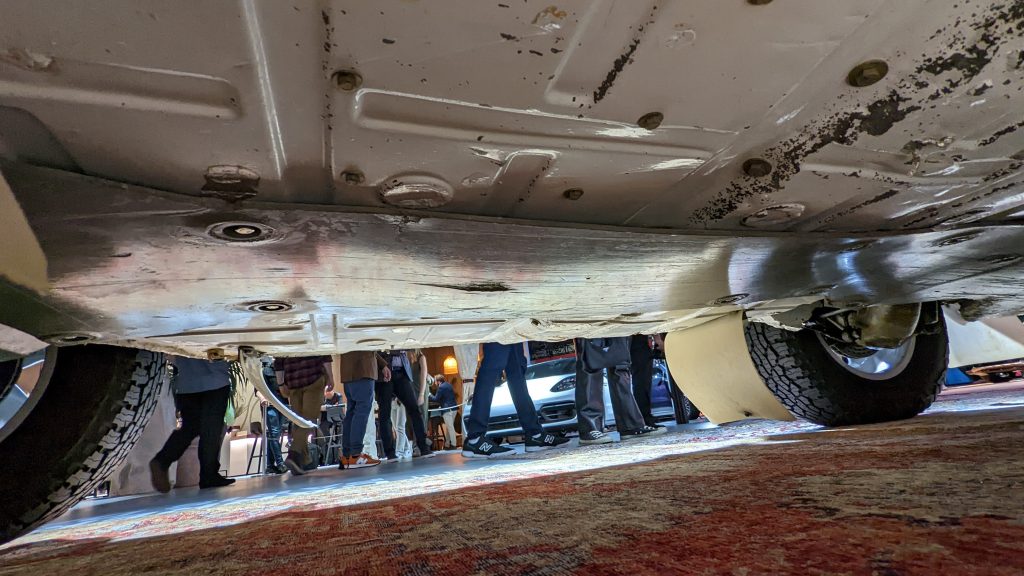 A Question About Aerodynamics

When I see a new car, the first thing I like to check out is the cooling system, as I used to get paid to stare at them and assess them. On the 911 Dakar, one thing has me a little confused. 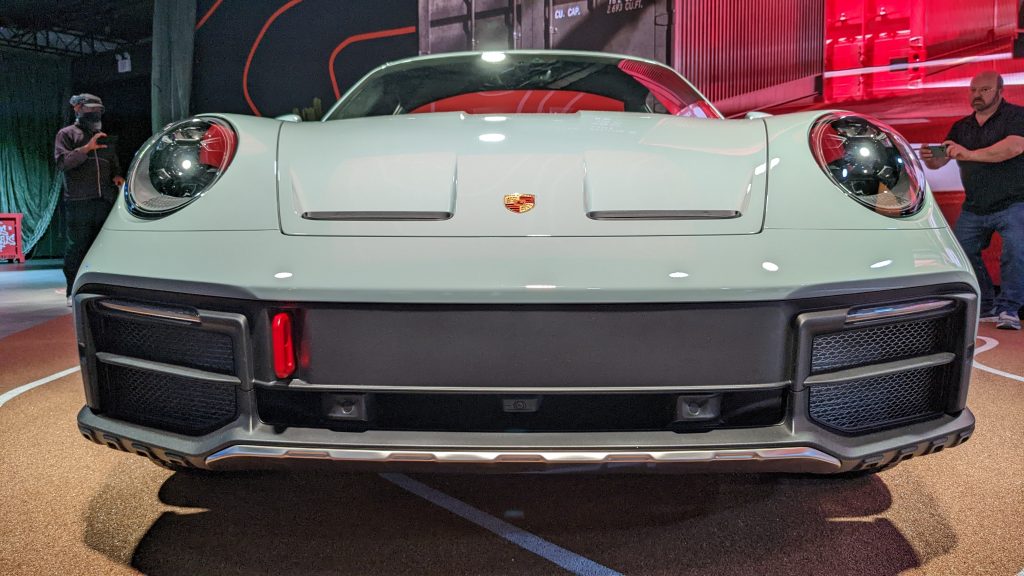 See that grille opening below that black blanking plate to the right of the red tow hook? That opening doesn’t feed a heat exchanger — there’s nothing behind it: 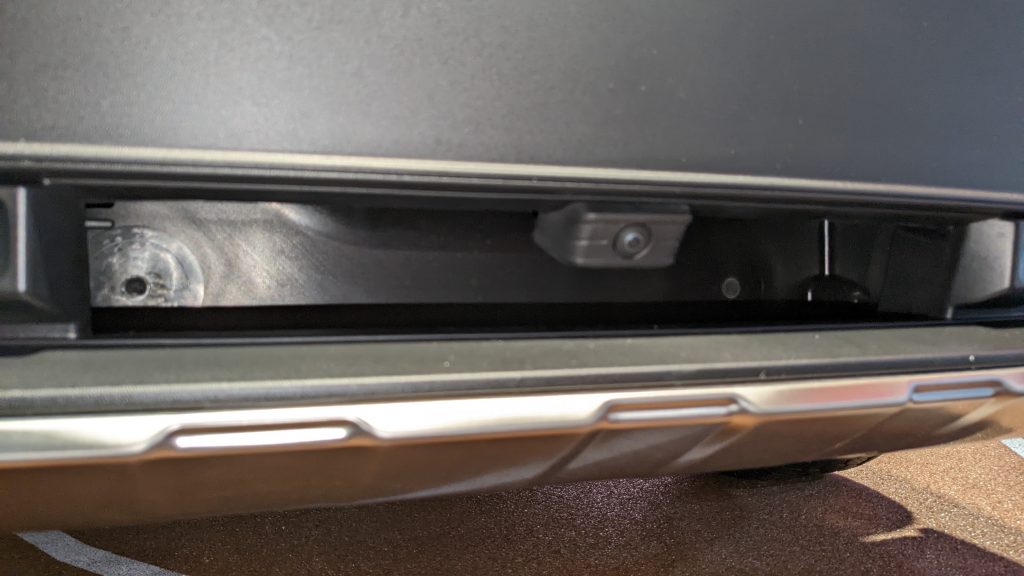 In fact, if you stick your fingers into that opening, you find that it feeds the two vents in the hood, which is shared with the 911 GT3. Allow Jason to show you while looking really special: 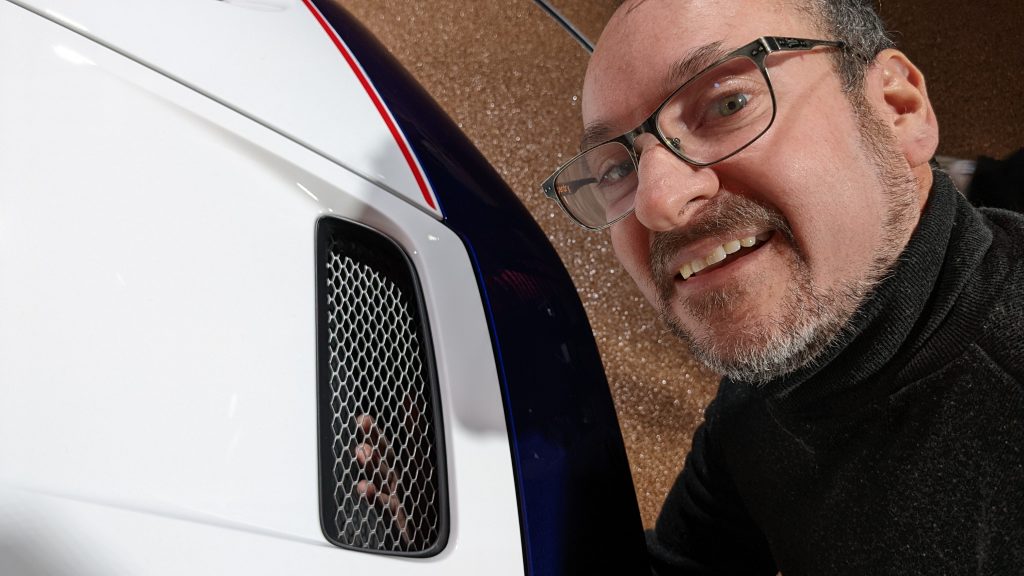 What’s going on here? Why is a big cooling opening just feeding some vents in the hood? On a 911 GT3, there’s a heat exchanger behind that opening: 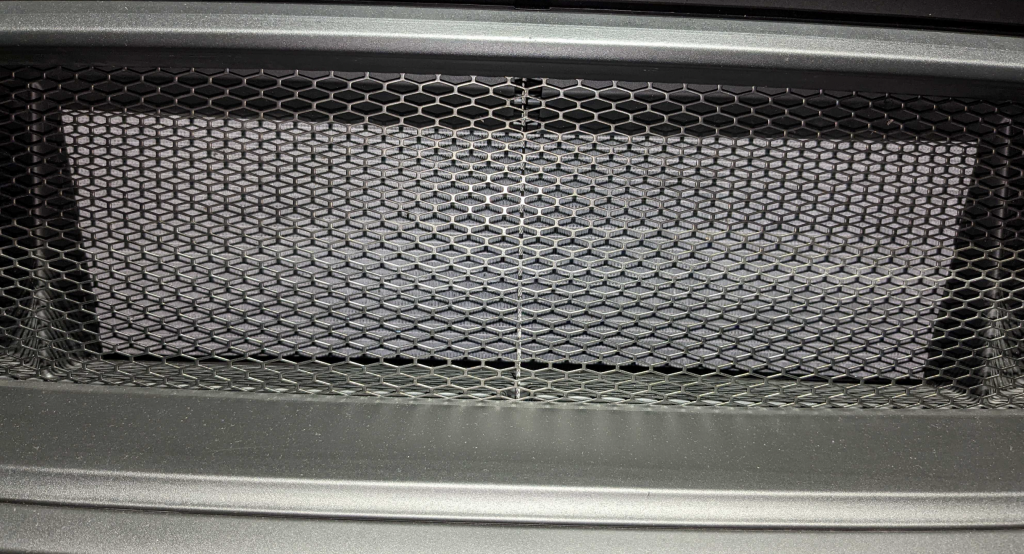 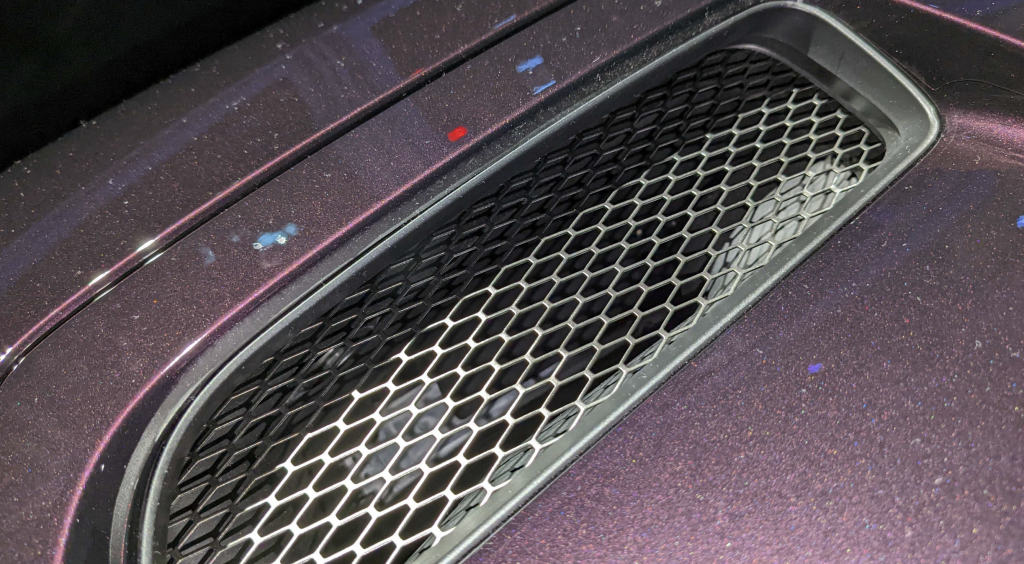 And on the 911T, that area is actually completely blocked off. Here’s the 911T: 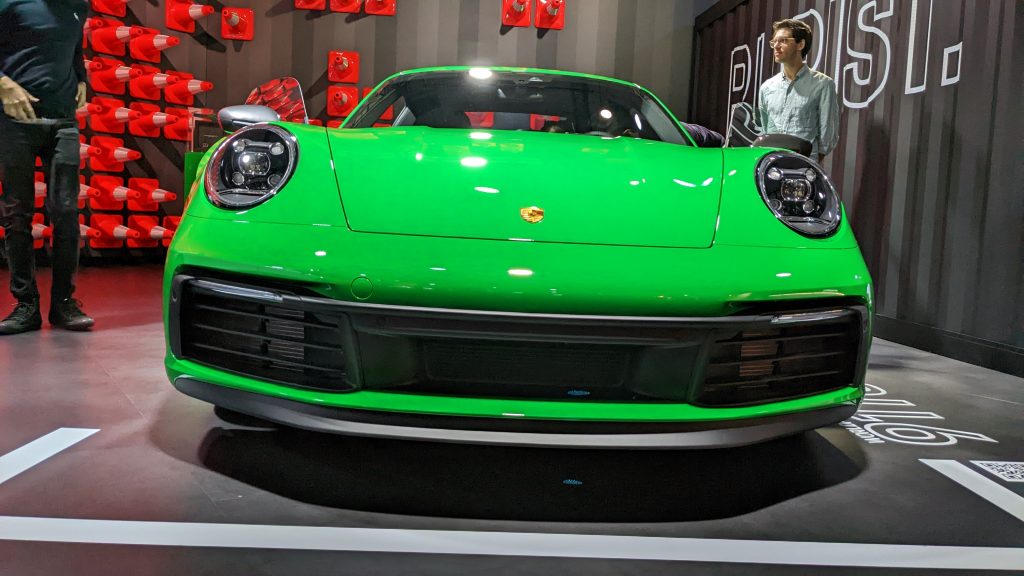 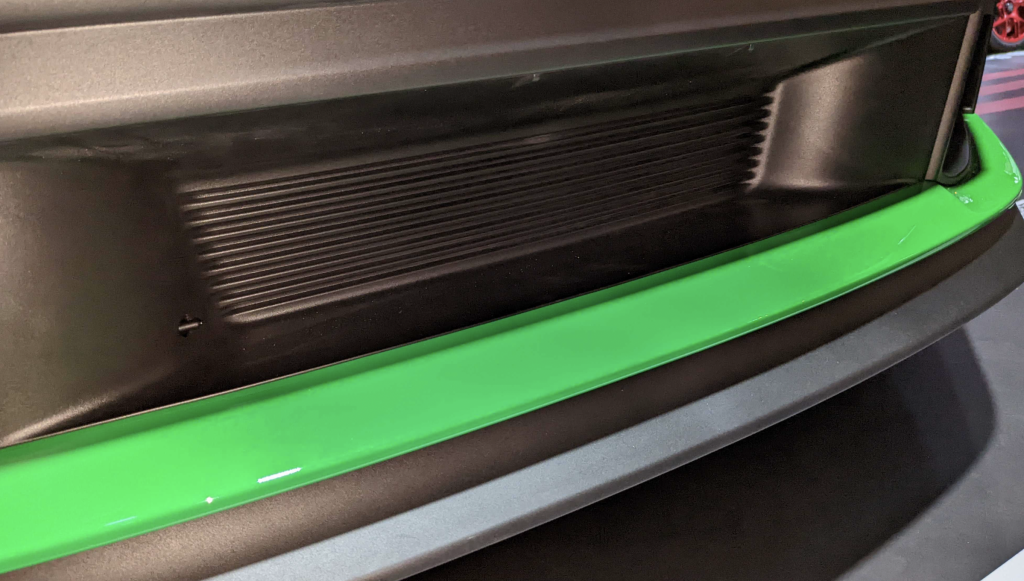 So why does the Dakar have the opening that vents out the hood, but no heat exchanger? Porsche’s rep wasn’t sure, but implied that it might have just been a styling thing. Could there be an aero advantage? Seems unlikely to me, but maybe. 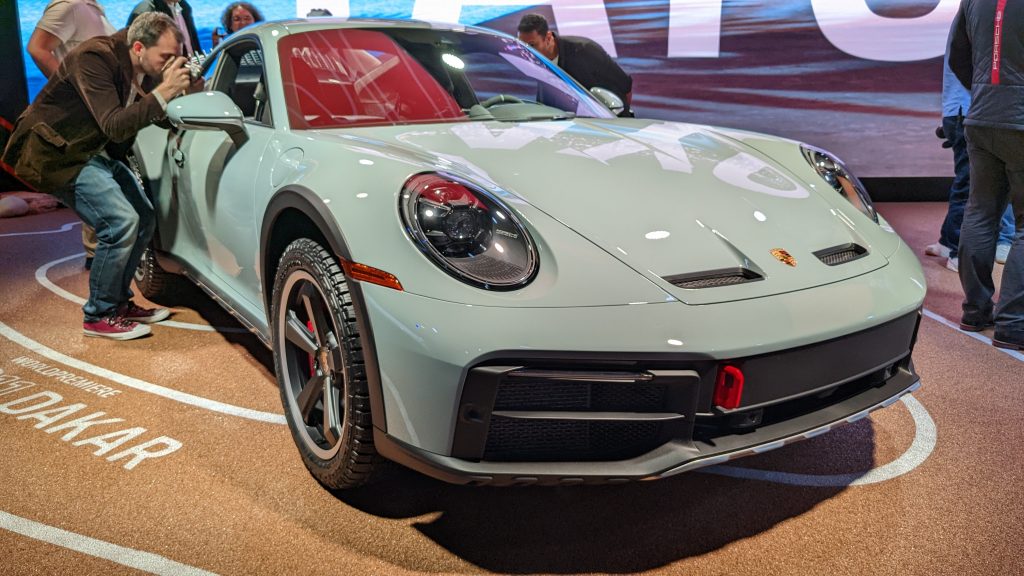 Anyway, I’ll conclude this by showing you this custom 1991 “Porsche 911 Carrera 4 Baja” made by Russell Built and currently on display at The Autopian’s booth at the LA Auto Show. With its high ground clearance, absurdly knobby tires, high-clearance fenders, and aluminum, sheet-steel, and carbon fiber skid plate treatment, the thing is clearly designed to be an off-road monster: 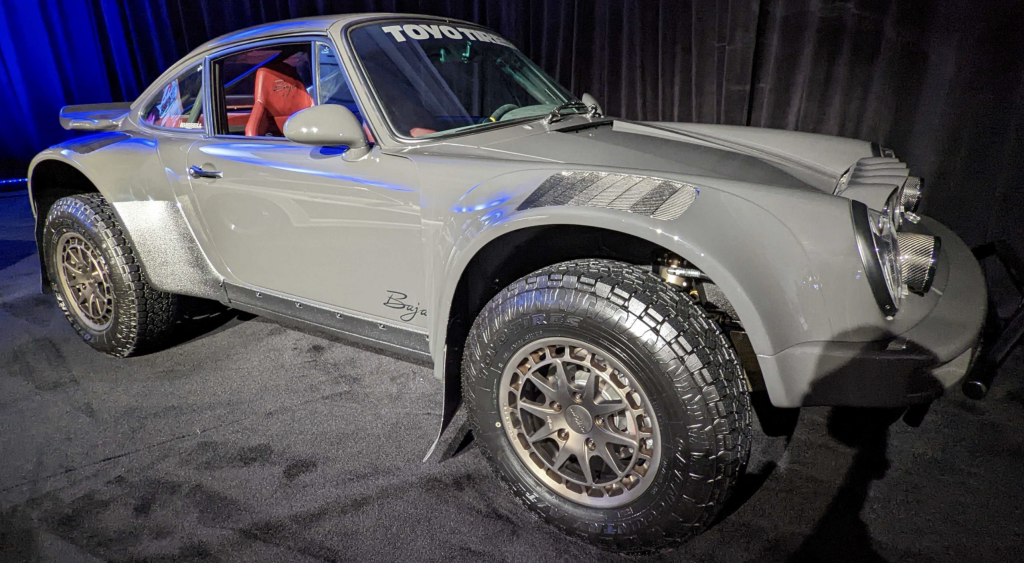 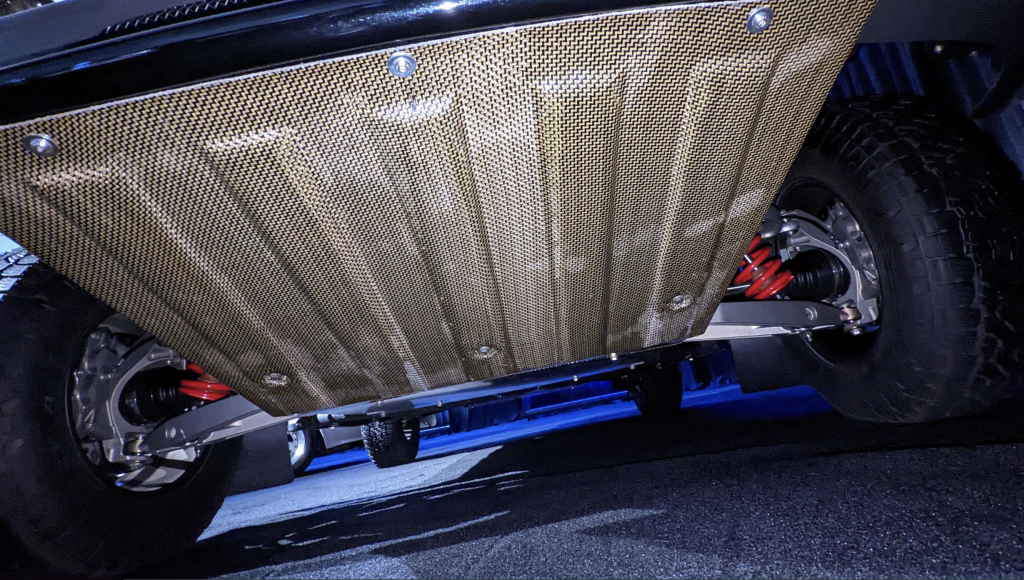 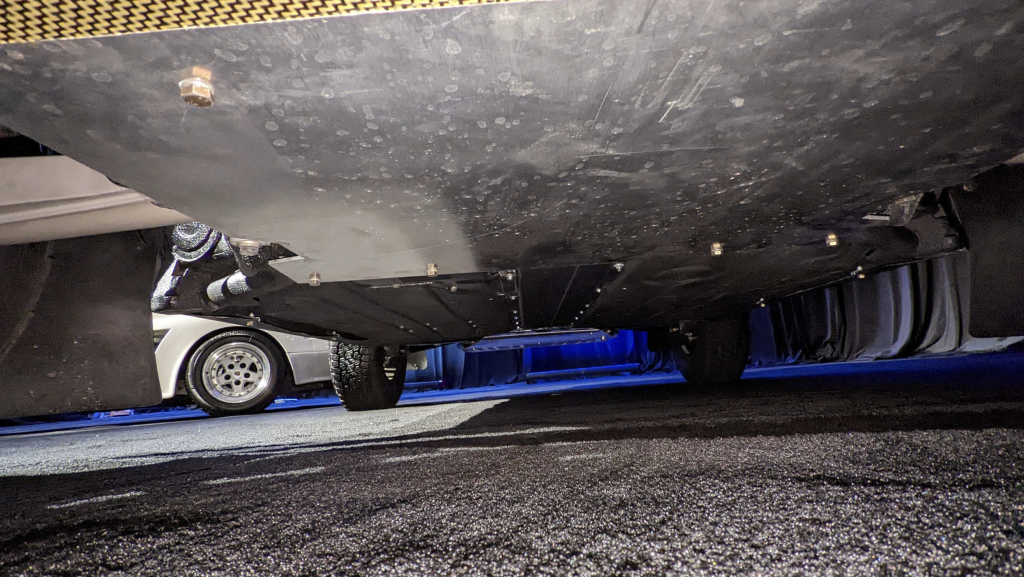 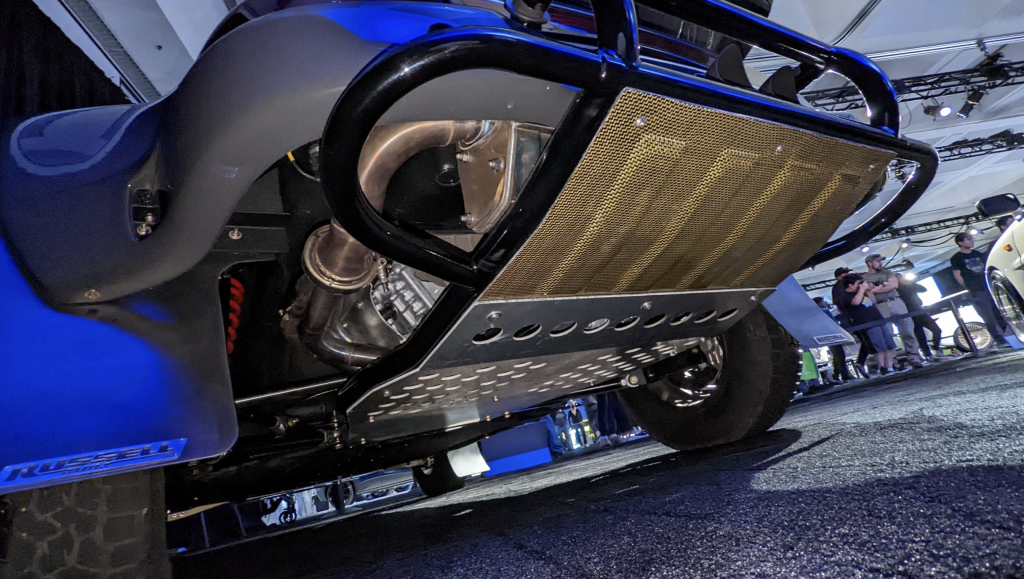 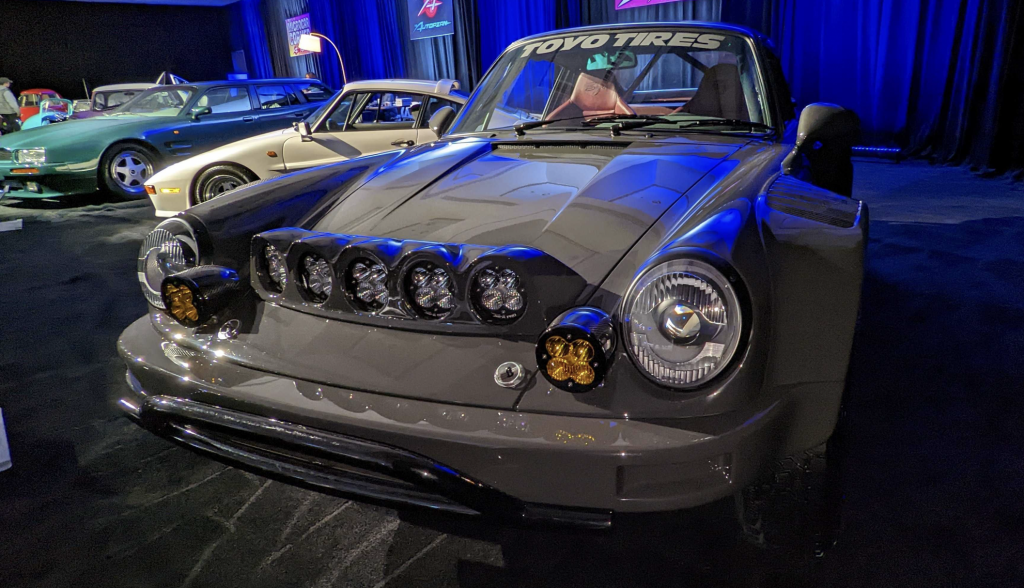 Rust-loving Jeep man, cofounder and EIC of The Autopian, Jason's friend. Email: david@autopian.com
Read All My Posts »
PrevPreviousHere’s A Look At The New VF 6 And VF 7 SUVs That Vietnamese Automaker VinFast Is Showing Off At The LA Auto Show
NextJust Turn On Every Damn Light: Cold StartNext