With Vietnamese carmaker VinFast eager to have a crack at the American market, I couldn’t help but notice how expensive its initial offerings will be. If you want a VF 8 that includes a battery, you’re looking at spending $57,000. Step up to the VF 9 with battery ownership included, and that figure jumps to $72,000. That’s a lot of money when you could choose an EV from any number of established brands.

Keen to find a larger audience, VinFast has announced two smaller models for the North American market that should carry lower price tags. Say hello to the VF 6 and VF 7. While this isn’t the first time we’ve seen these crossovers, it’s the first time we’ve seen them in America with production-like glass, updated amber reflectors and whatnot. With that in mind, let’s delve into the cars that aim to make VinFast a household name. 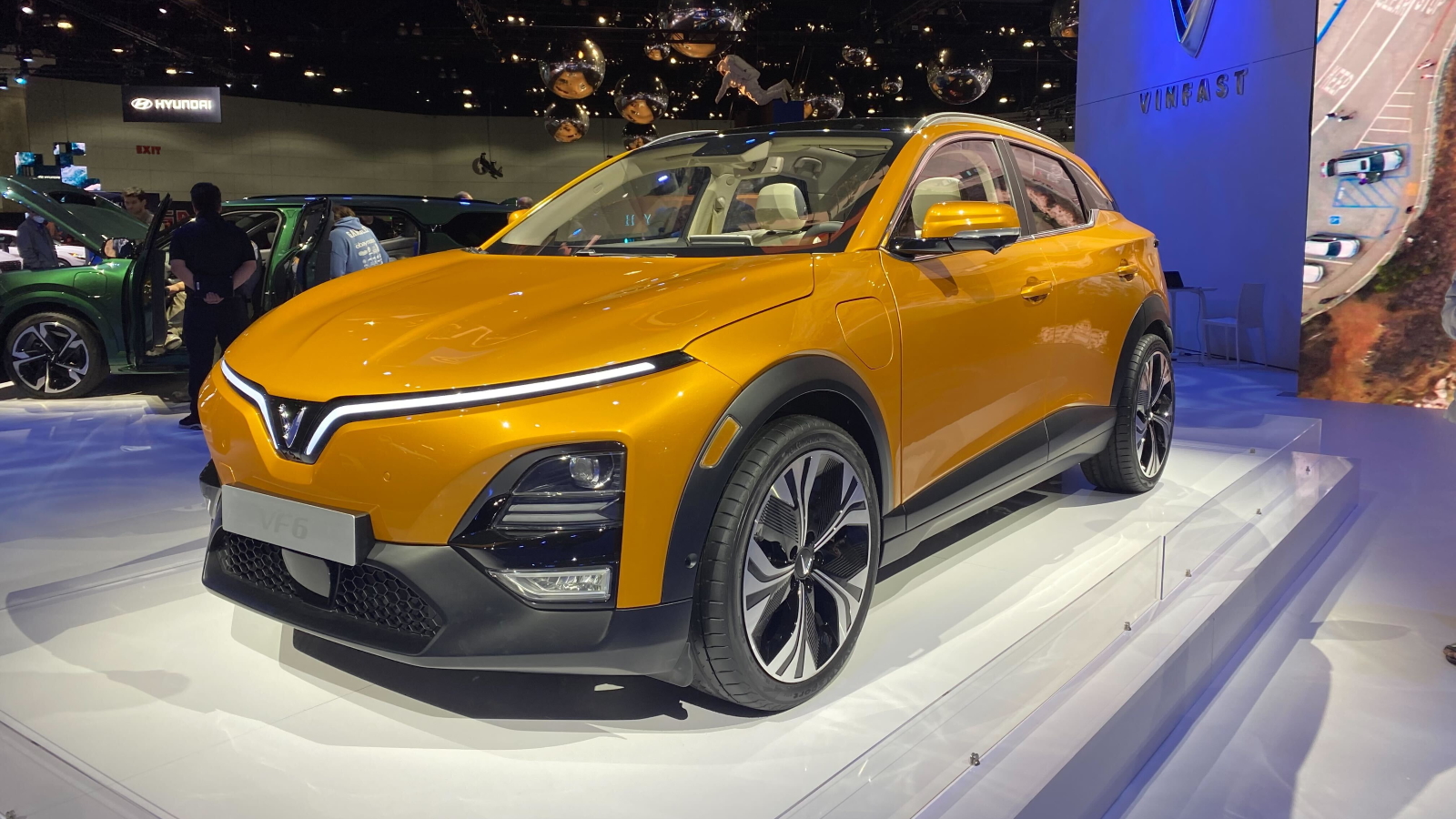 Upon first glance, it’s incredibly obvious that the VF 6 is gunning for the Hyundai Kona EV and Kia Niro EV. At 166.9 inches long with a 107.5-inch wheelbase, it’s just a little bit longer than the Kona EV with a slightly longer wheelbase than the bigger Niro EV. That’s promising stuff when it comes to interior room. However, the base VF 6 is a bit down on power compared to its Korean rivals. The entry-level Eco model will make 174 horsepower and 184 lb.-ft. of torque, which is not exactly groundbreaking stuff. However, you’ll be able to step up to the VF 6 Plus and get an output bump to 201 horsepower and 228 lb.-ft. of torque–fairly solid numbers for a subcompact crossover. 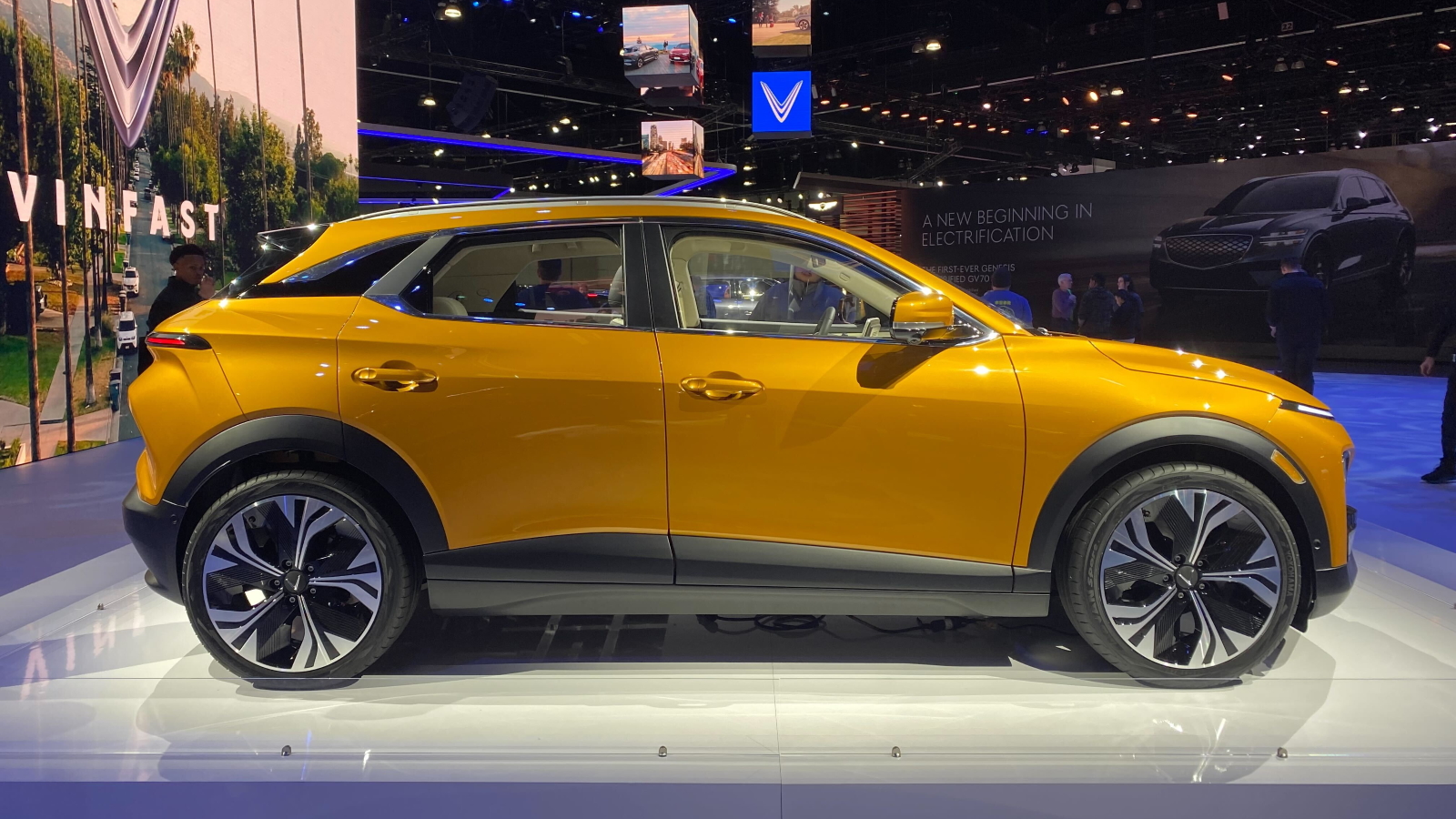 It’s a reasonably handsome crossover, too, with styling by Torino Design showing a dramatic mix of sharp creases and compound curves. While I’m not a huge fan of the lines going nowhere on the side of the VF 6, the sharp daytime running lights and availability of a rather loud orange color do their best to make up for this styling strangeness. 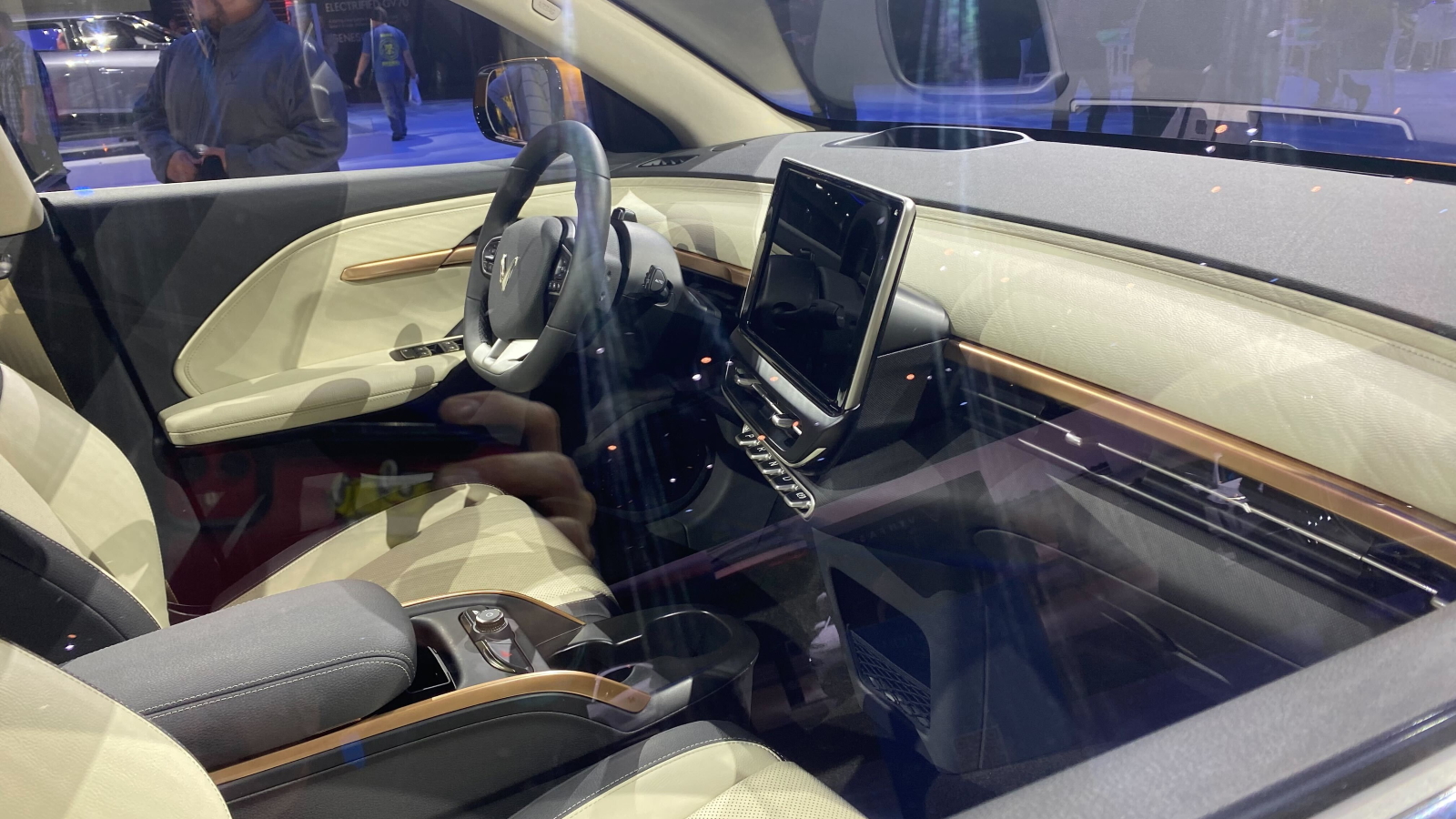 On the inside, you’ll likely notice that the VF 6 is missing a gauge cluster. However, rather than go full Tesla, VinFast has decided to use a heads-up display to replace a traditional digital dashboard. If you’re going to have one or the other, why not go for the sleek look of a HUD? Putting tech to the side, materials seem wholly appropriate for a subcompact crossover, with smart gold accents livening up a fairly standard mix of plastics and textiles. Overall, the VF 6 definitely piques my interest as entry-level EVs seem to not be a huge priority for America. 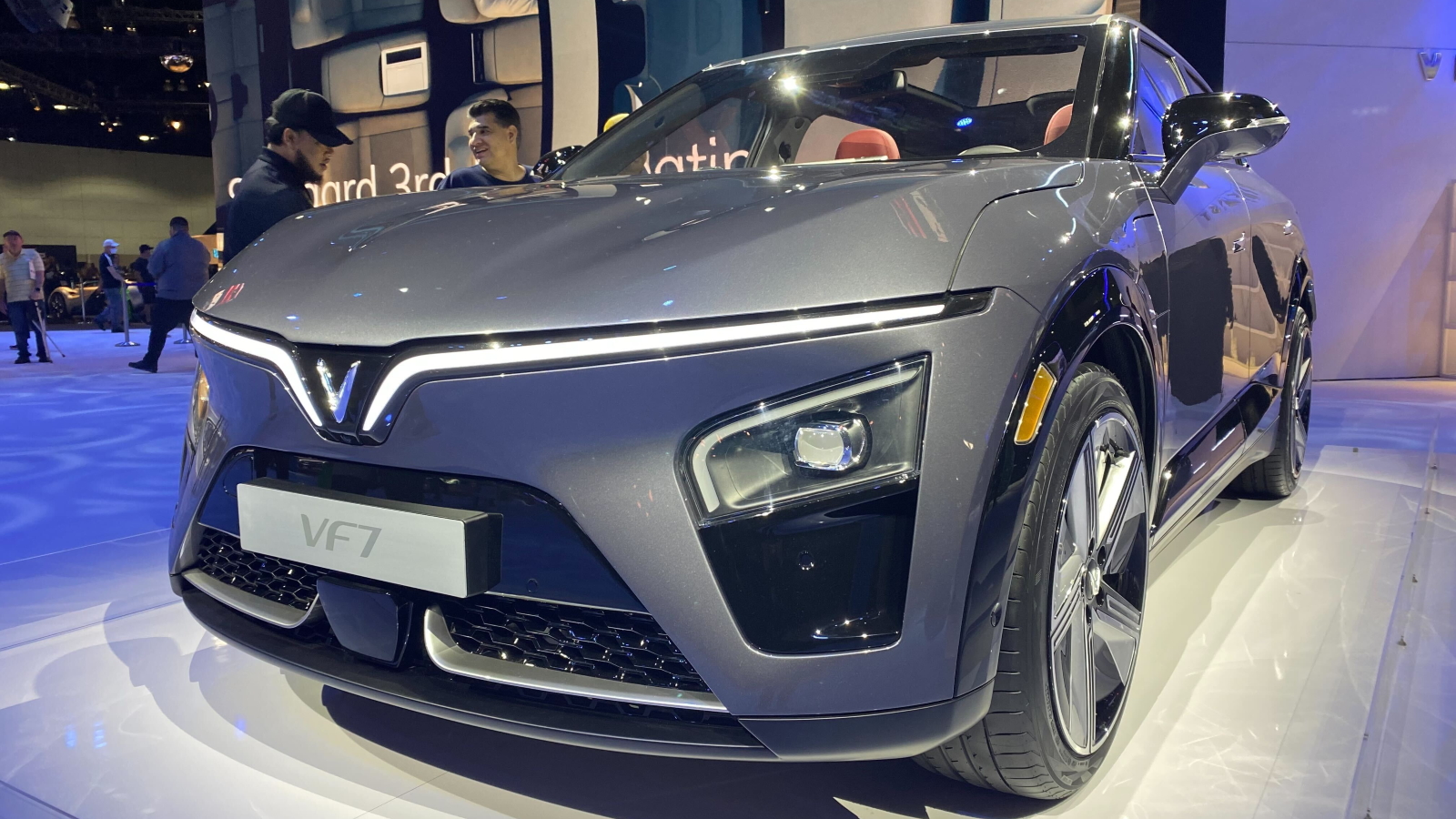 Moving up the range, the VF 7 sits squarely in the hot compact crossover segment. Instead of largely just competing with two vehicles, it competes with everything – Volkswagen ID.4, Toyota bZ4X, Hyundai Ioniq 5, Kia EV6, the list just goes on and on. Needless to say, the VF 7 better be good if it wants to keep up.

First signs are quite promising. The base front-wheel-drive model packs the same 201 horsepower and 228 lb.-ft. of torque as the uplevel VF 6, and the VF 7 Plus gets a boost to 349 horsepower and 368 lb.-ft. of torque courtesy of all-wheel-drive. Plus, the overall footprint seems right. At 178.9 inches long, it seems just right for the segment. Mind you, figures for battery size and estimated range haven’t been released yet, so a true test of the VF 7’s mettle is yet to come. 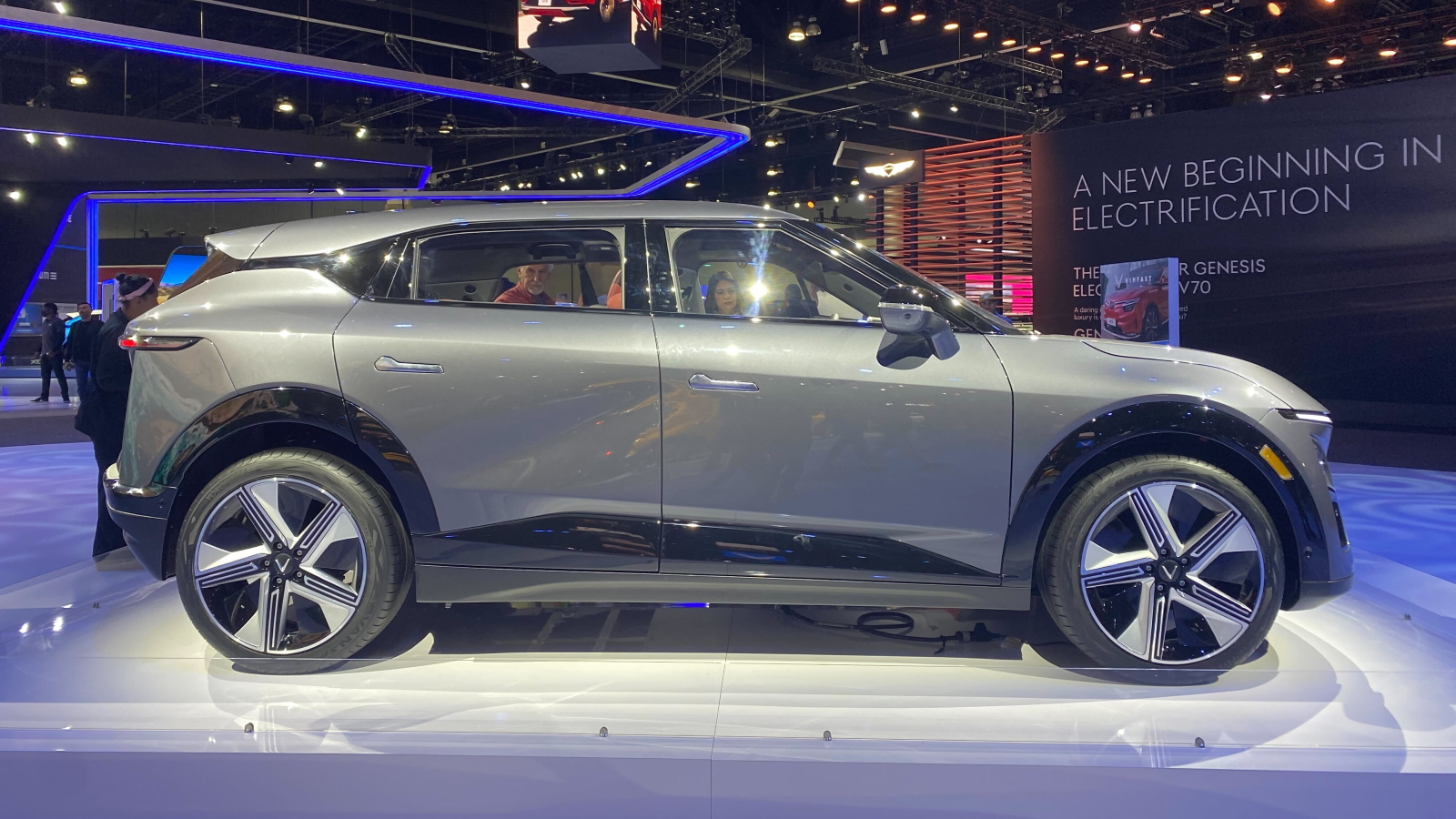 Unsurprisingly, the VF 7 also features styling by Torino Design, albeit with more conservative lines that tend to gel better than the VF 6’s strange surfacing. Overall, it’s a fantastic look that makes the bZ4X seem a bit fussy and the ID.4 seem a bit dowdy. It’s the curvaceous Italianate surfacing we all know and love, now applied to an electric crossover. Job well done, I reckon. 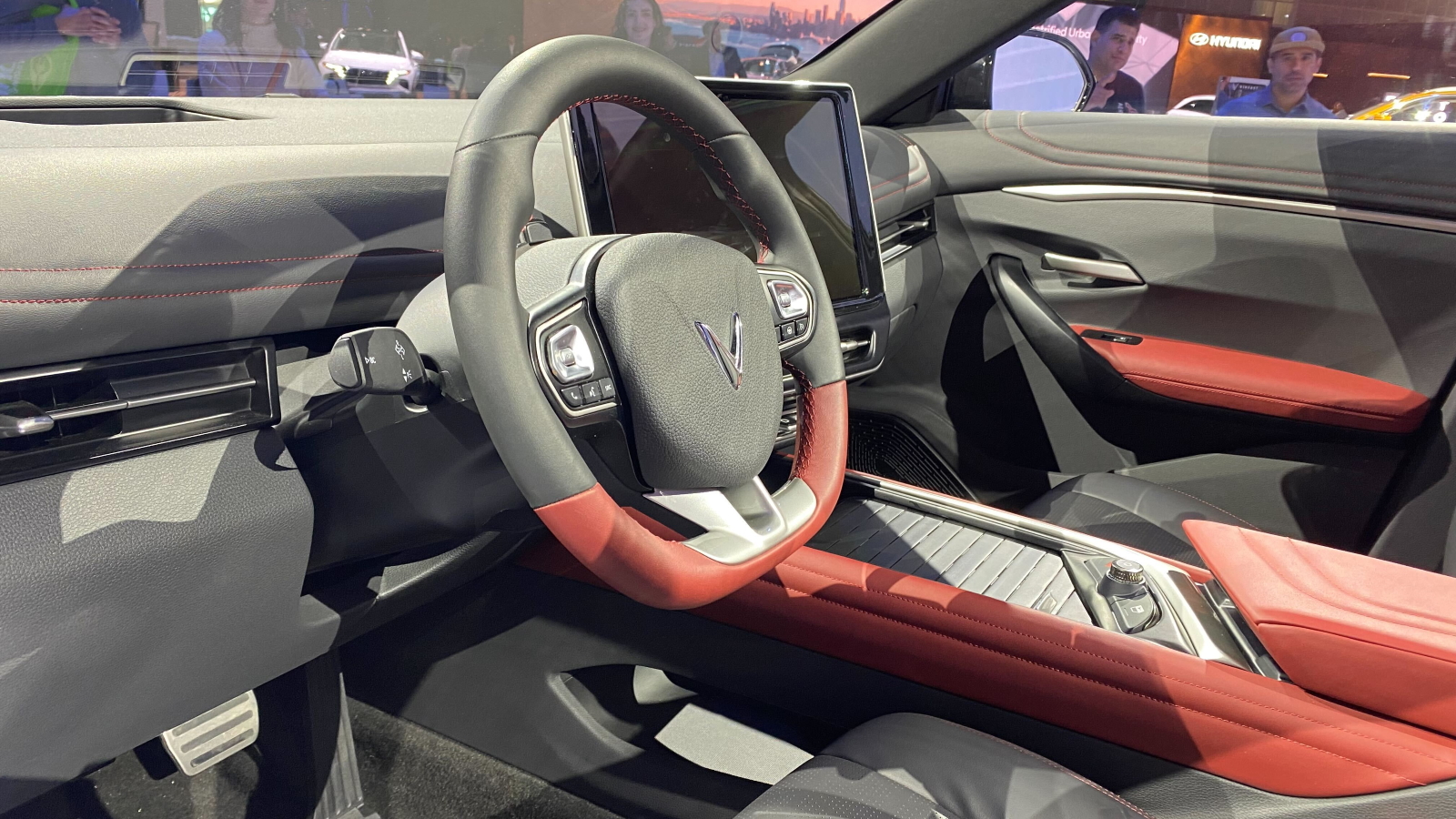 On the inside, the VF 7 gets a similar HUD treatment as the VF 6 but a larger 15.7-inch infotainment screen. From the faux-leather smattered about the cabin to the tightly-grained plastics on the dash and door cards, the interior of the VF 7 looks to be a cut above what some mass-market rivals are offering. It’s also heartening to see a bank of physical switches including a volume knob in the center console, a subtle acknowledgement that minimalism can go too far.

Like with the VF 8 and VF 9, VinFast plans to back the VF 6 and VF 7 with one of the strongest warranties in the car business. We’re talking about a ten-year 125,000-mile warranty, a properly bold statement for a new manufacturer to make. With serviceability front-of-mind for many EV consumers, such long coverage could offer a bit of relief. 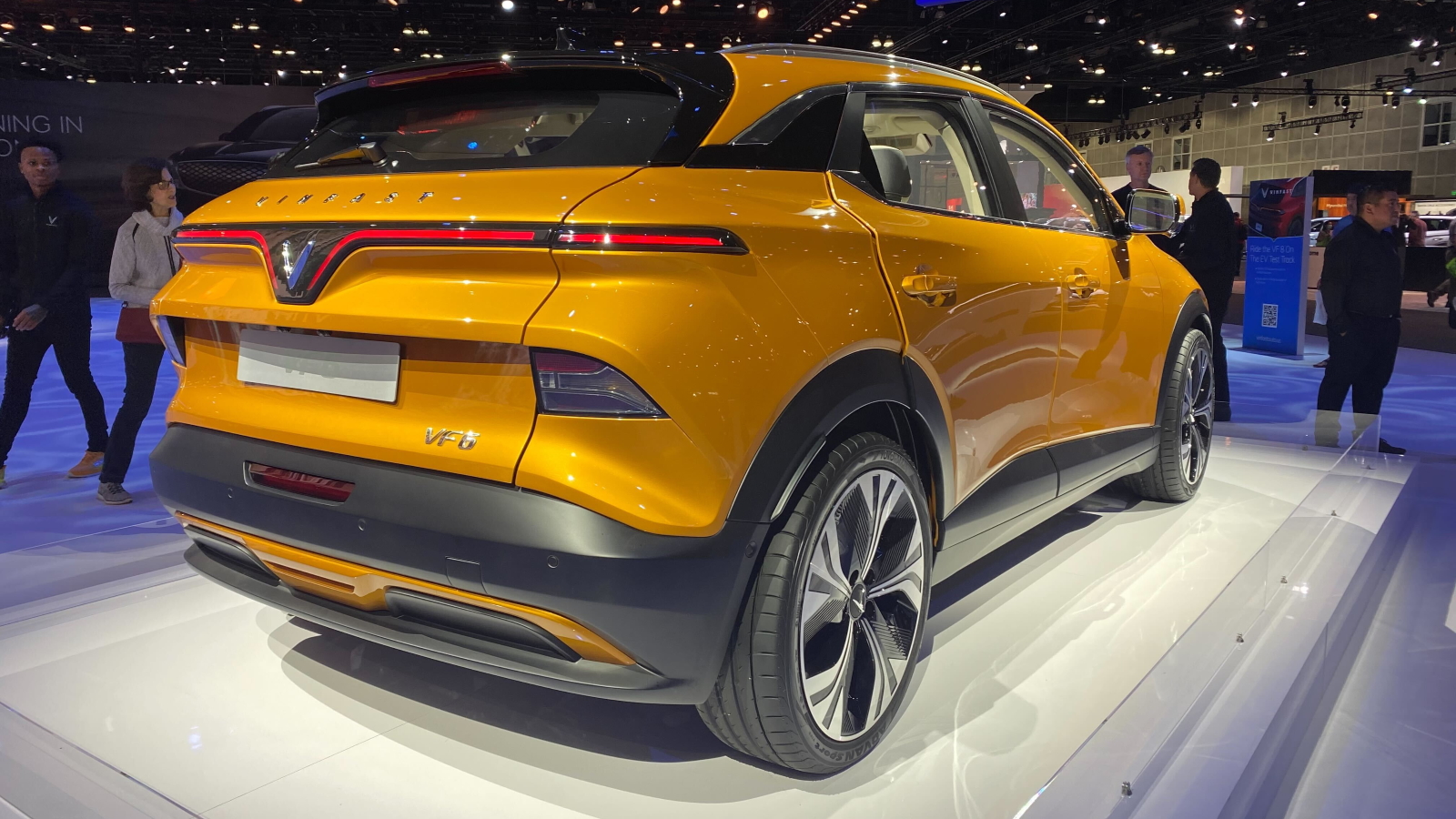 Pricing for these new VinFast models hasn’t been announced yet, but expect to hear more when the VF 6 and VF 7 go on sale in 2023. Of course, VinFast still needs to start selling its larger models in America in the first place, which should happen in December if everything goes according to plan.

Thomas is a Nu Rave-blaring, heel-toe downshifting, maple syrup-swilling, chassis-geeking, junkyard parts-hauling, floppy-haired scenester who's been writing about cars since college. His current ride is a 2006 BMW 325i with the six-speed manual gearbox. Instagram: @thomas.hundal Twitter: @thomashundal
Read All My Posts »
PrevPreviousWe Took A Close-Up Look At The No-Longer-Ugly New Toyota Prius. Here’s What We Found
NextWe Took A Close Look At The New Porsche 911 Dakar And We’ve Got Some Questions About Off-Road Capability And AerodynamicsNext