We Took A Close-Up Look At The No-Longer-Ugly New Toyota Prius. Here’s What We Found

I think it’s safe to say that the most dramatic glow-up of the LA Auto Show is the new 2023 Toyota Prius, which went from at best unfortunate-looking in its previous generation to what is finally a genuinely attractive car. I’m not going to lie: I had thought that Toyota’s design language was headed for real disaster, as it has been an uncomfortable riot of flaps and curves and vents and creases that I once termed, derisively, Cybaroque. Thankfully, Toyota’s designers have pretty dramatically pulled their design out of a nosedive, and one of the results is the new Toyota Prius. We did a full design breakdown on the car already, but cars are physical, visceral things, so David Tracy and I went to check it out in person, and because we both have crushes on you, we wanted you to see, too.

The new look works in person, I think. The proportions are good, especially the way the wider rear hips feel, and the dramatic rake of the roofline feels sleek and modern, even if we can’t really figure out where the A-pillar ends and the roof begins.

One puzzling issue I had with the new look is this: 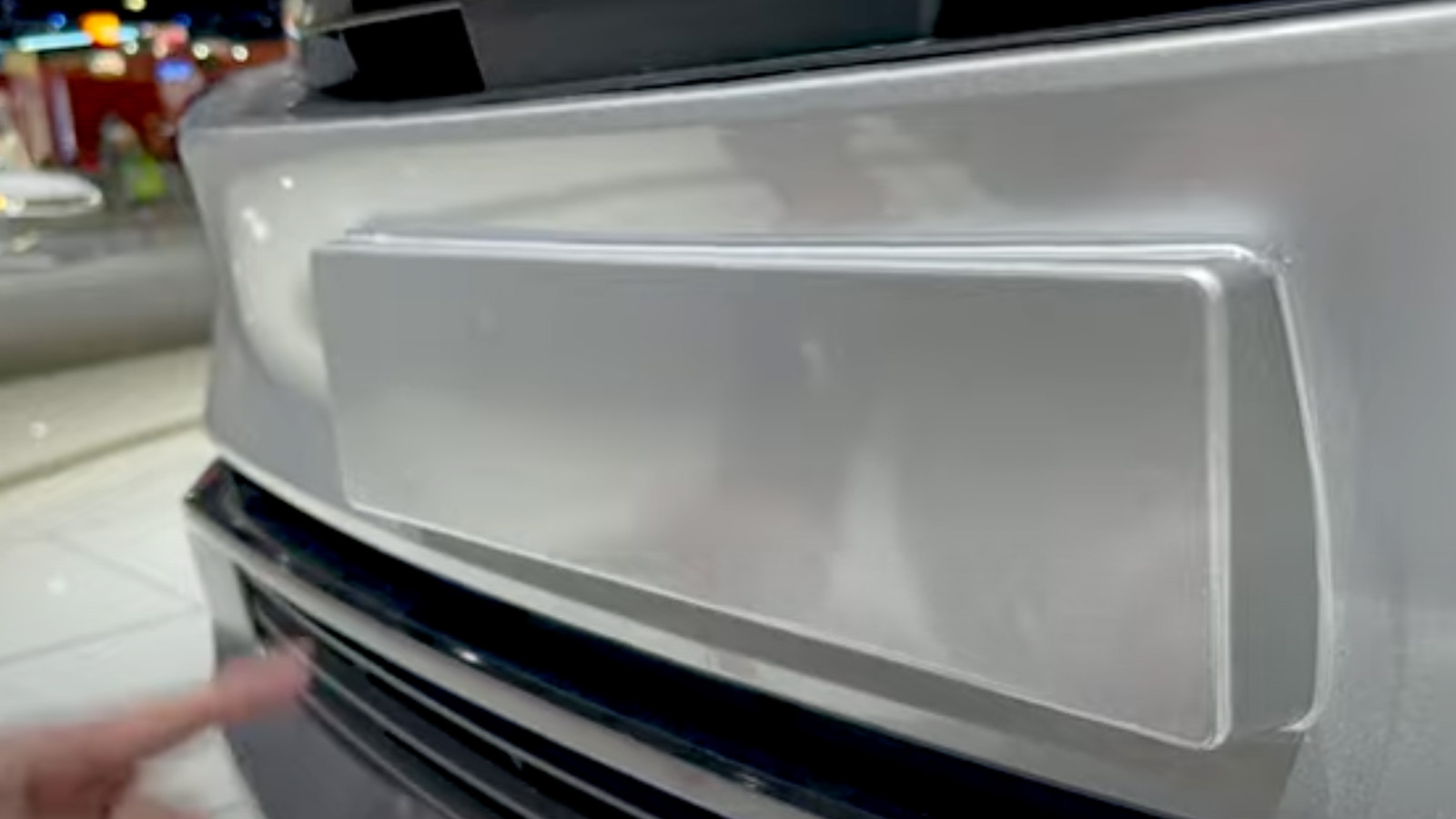 Why, Toyota? For the roughly half of U.S. states that don’t require a front plate, do they really have to have a bumper that looks like someone jammed a brick in there and then painted over it? Perhaps this is the Euro/Asia bumper skin and the U.S.-market one will have something that works with or without a front plate? That’s possible, I suppose, and at least they considered the front plate at all, which some cars just don’t at all. But still.

Also interesting is the windshield wiper setup, which has one very beefy wiper mount that seems to have an extra joint, perhaps to reach high up to the far corner of the windshield? 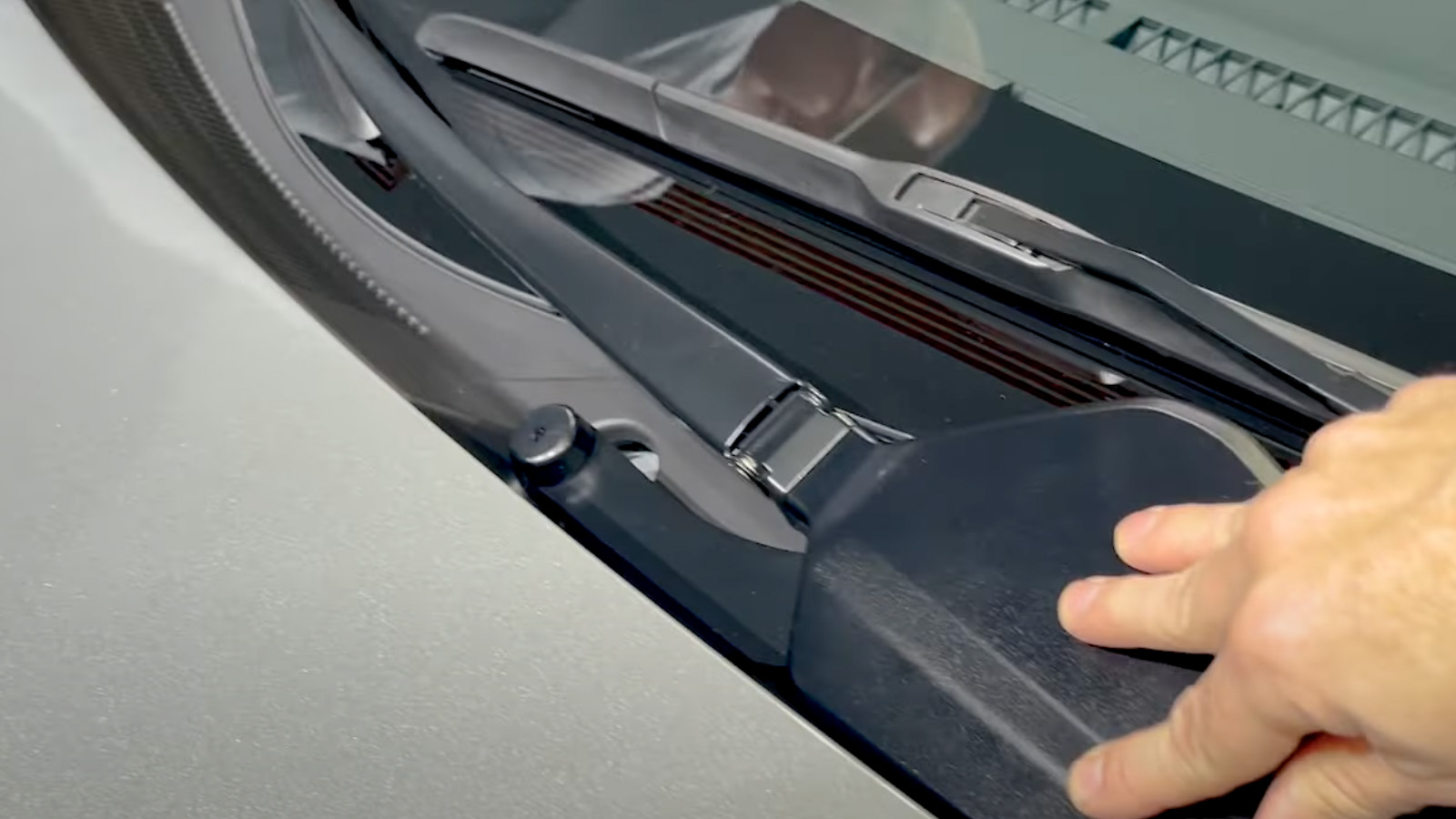 David also rolls around under the new Prius to try to learn some of the new Prius’ suspension and chassis secrets, and so far I think the most notable discovery is that the fuel tank appears to be located behind the rear axle — not a common location for a modern car. David and I agreed not to mention the Ford Pinto in this context, so I won’t. [Editor’s Note: This is a joke. Toyota safety engineers tend to know what they’re doing. -DT].

Overall, this is a massive improvement to a very important car. The old Priuses did their jobs very well but were never what you might call non-stomach-churning to look at. Also, sometimes they beeped so freaking much you’d want to puke. This new one looks great, and I’ll let myself hope it doesn’t beep so damn much.

I'm a co-founder of the Autopian, the site you're on RIGHT NOW! I'm here to talk to you about taillights until you cry and beg me to stop, which I absolutely will not. Sorry. Hug? Also, David's friend.
Read All My Posts »
PrevPreviousThis Engineering Evaluation Car Is Your Chance To Own An Adorable Renault Twizy Right Here In America
NextHere’s A Look At The New VF 6 And VF 7 SUVs That Vietnamese Automaker VinFast Is Showing Off At The LA Auto ShowNext