Porsche has built a pair of what might be the coolest “safari cars” I’ve ever seen. The automaker took a pair of 911 Carrera 4S sports cars and let its engineers loose, fitting the vehicles with portal axles, underbody protection, roll cages, and loads of carbon fiber. Then, Porsche sent the 911s 19,708 feet up a volcano.

Porsche announced this news today, and it was a bit of a surprise to me. It could be solely a publicity thing around SEMA time, though my dream is that Porsche is actually teasing a future safari-themed 911. That could make sense, given rumors and spy shots that suggest that Porsche is working on a Dakar-inspired 911. Whatever the impetus for the announcement, I’m here for it because this pair of 911s looks absolutely awesome. 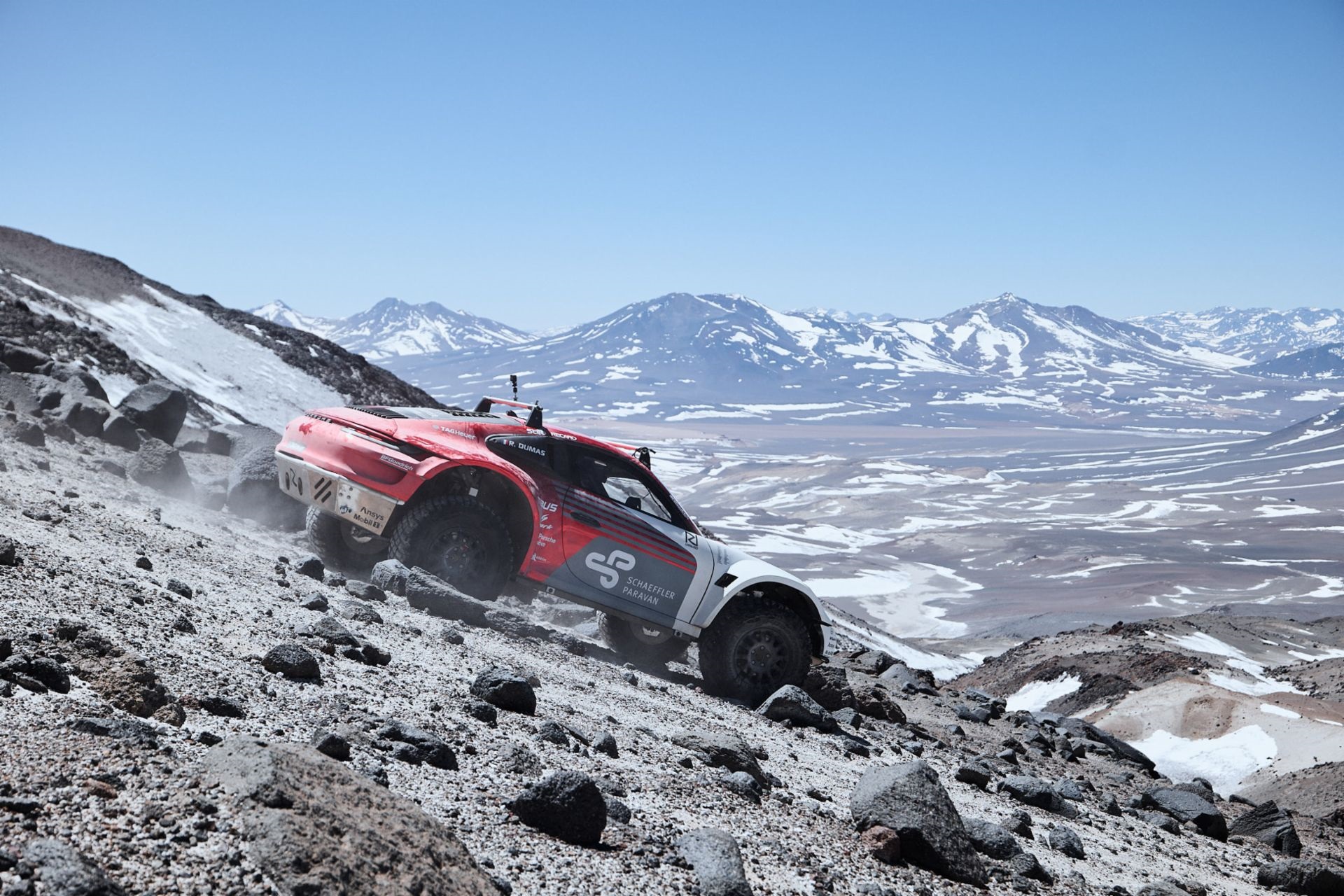 One of my favorite areas of car culture is the “safari” car. As the name suggests, enthusiasts take normal, everyday cars, then jack them to the sky, fit big tires on them, and outfit them with off-road gear. It seems that just about everything has been made into a safari car at some point, including weird cars like the Smart Fortwo and Hyundai Veloster, and also the Nissan 350Z. So, when I saw that Porsche built out two off-road 911s I was giddy with joy.

This trend didn’t come out of nowhere, and many will say that it traces right back to Porsche itself. Porsche has a long history of using 911s for off-road motorsport. A factory-backed 911 got a class win at the 1965 Monte Carlo Rally. It was just one of 35 out of a total of 237 cars that even finished the 3,000-mile snowy race. The Porsche 911 then competed in three European Rally Championships in the late 1960s. And that wasn’t all, as the venerable sports car also found itself competing in the East African Safari Rally, a 4,000-mile race that pushed cars to their limits as they traversed Kenya, Tanzania, and Uganda. These cars have raced in the FIA Middle East Rally Championship and the infamous Paris-Dakar Rally to success. To say that off-roading is a part of the 911’s heritage would be an understatement.

What Porsche announced today is still on another level. 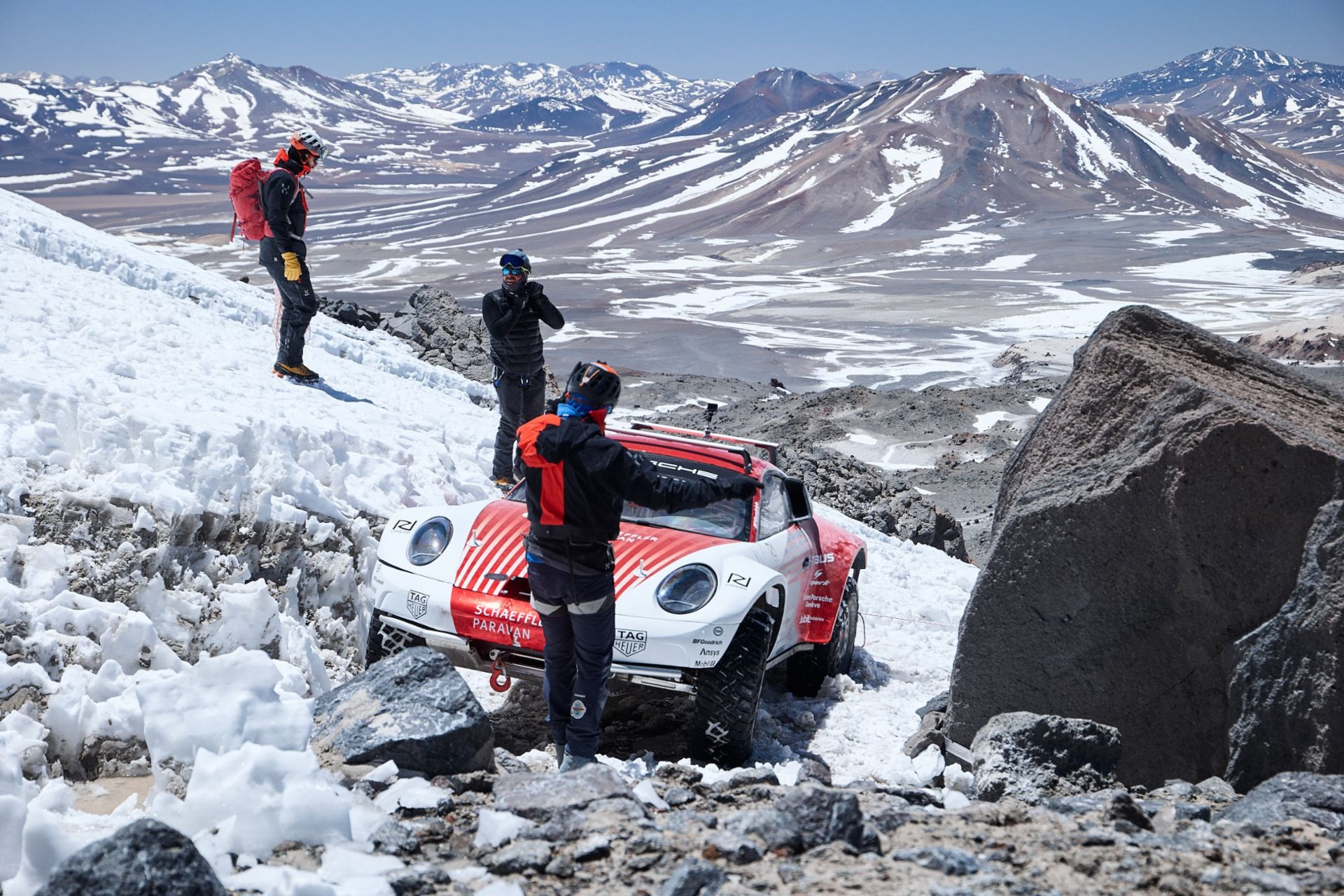 Porsche opens by saying that it took a pair of modified 911s into environments where few vehicles would be welcome: “A unique pair of experimental 911 sports cars are being tested where there are no roads, where the air is thin, where the temperature is far below freezing and even plant life can’t survive.”

Endurance racer and adventurer Romain Dumas led a team that set out to find the Porsche 911’s limits. And to do it, the team chose to subject the cars to the slopes of Ojos del Salado in Chile. This place is notable for being the highest volcano in the world, reaching about 22,615 feet at its highest point. Porsche says that few vehicles have made a trek like this. Notably, a German team got a Jeep Wrangler 22,597 feet up the mountain. A Mercedes-Benz Unimog made it 21,962 feet. And a Suzuki Samurai got 21,942 feet up there. A Porsche 911 is definitely a different kind of tool for the job. 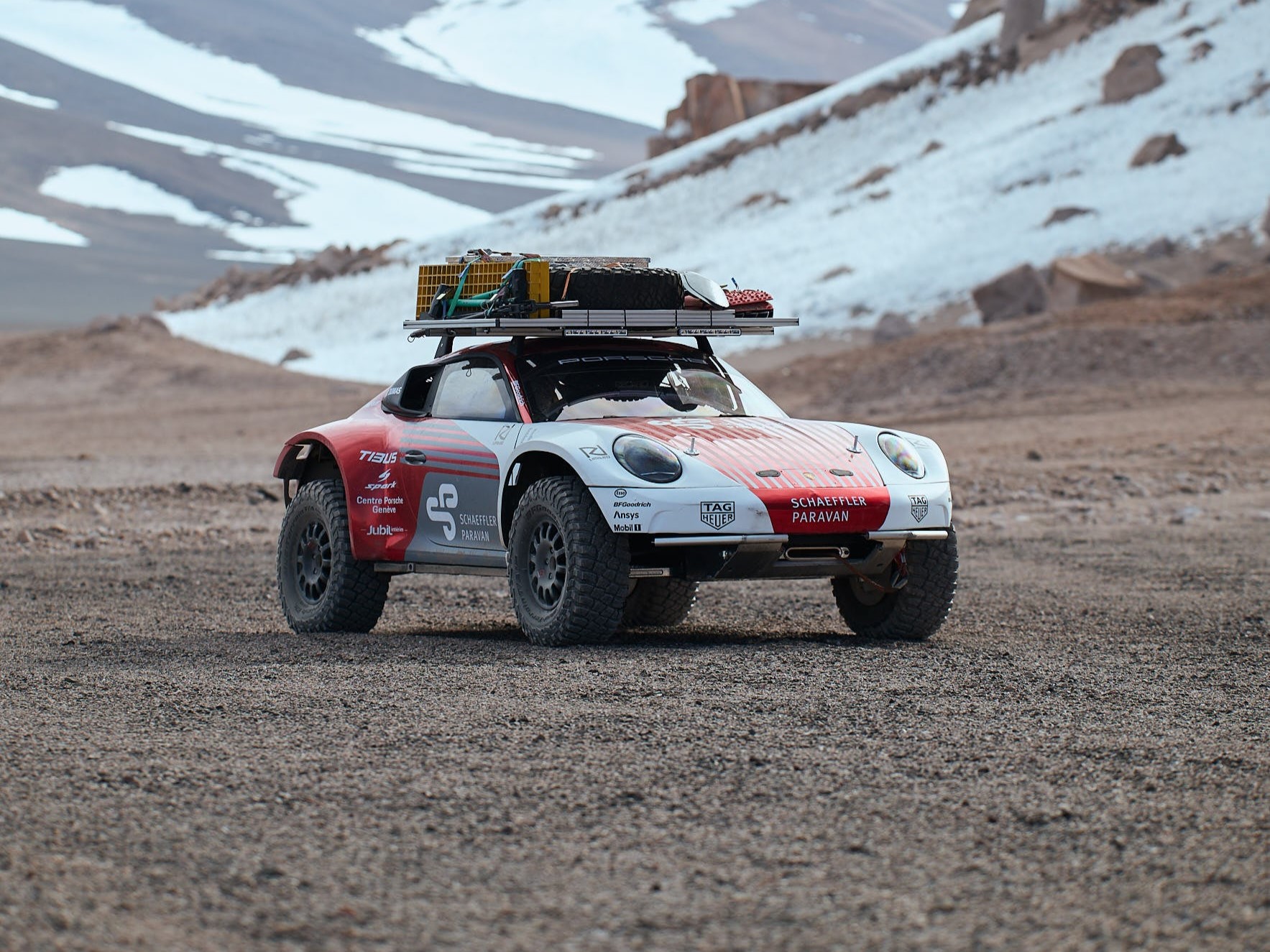 How did the cars get almost 20,000 feet up there? Porsche explains, saying it all started with a pair of Type 992 Carrera 4S’s equipped with a turbocharged flat-six making 443 HP. From there, here’s what Porsche’s engineers did to the cars:

In addition to that bit of kit, the cars were also equipped with what Porsche calls the Warp-Connecter. The Stuttgart-based brand says the Warp-Connecter adds a mechanical link between all wheels so that there’s traction, even when the car is going through extreme articulation. The cars also got manual, switchable differential locks, winches, a moved cooling system, and a sweet livery. My favorite part is that these cars also maintained their manual transmissions. 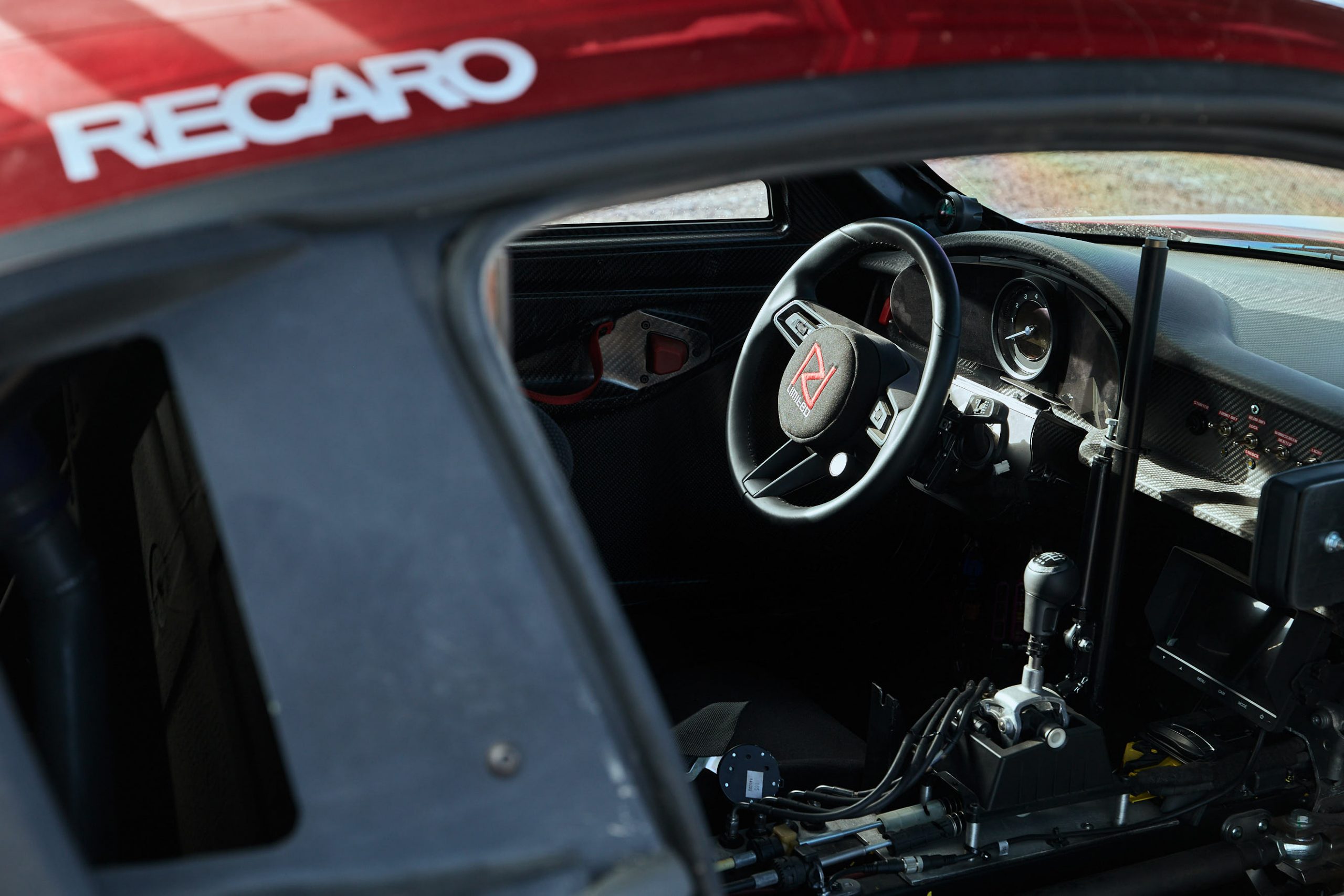 The souped-up 911s then took on grades covered with boulders, ice fields, and temperatures 30 degrees Celsius below freezing. And remember, the team climbed these cars through thin air up to 19,708 feet. Unfortunately, the team’s journey was cut short by seasonal snow and ice walls. All Dumas and his team could do is look at the heights where they could have been able to reach had their path not been blocked.

This doesn’t sound like a one-off trip, either. The test is complete, but the team hopes that this is only the start of adventures like these. I hope so, too, because it’s always awesome to see what engineers and drivers can achieve. And maybe, these tests will culminate in an awesome official off-road 911. 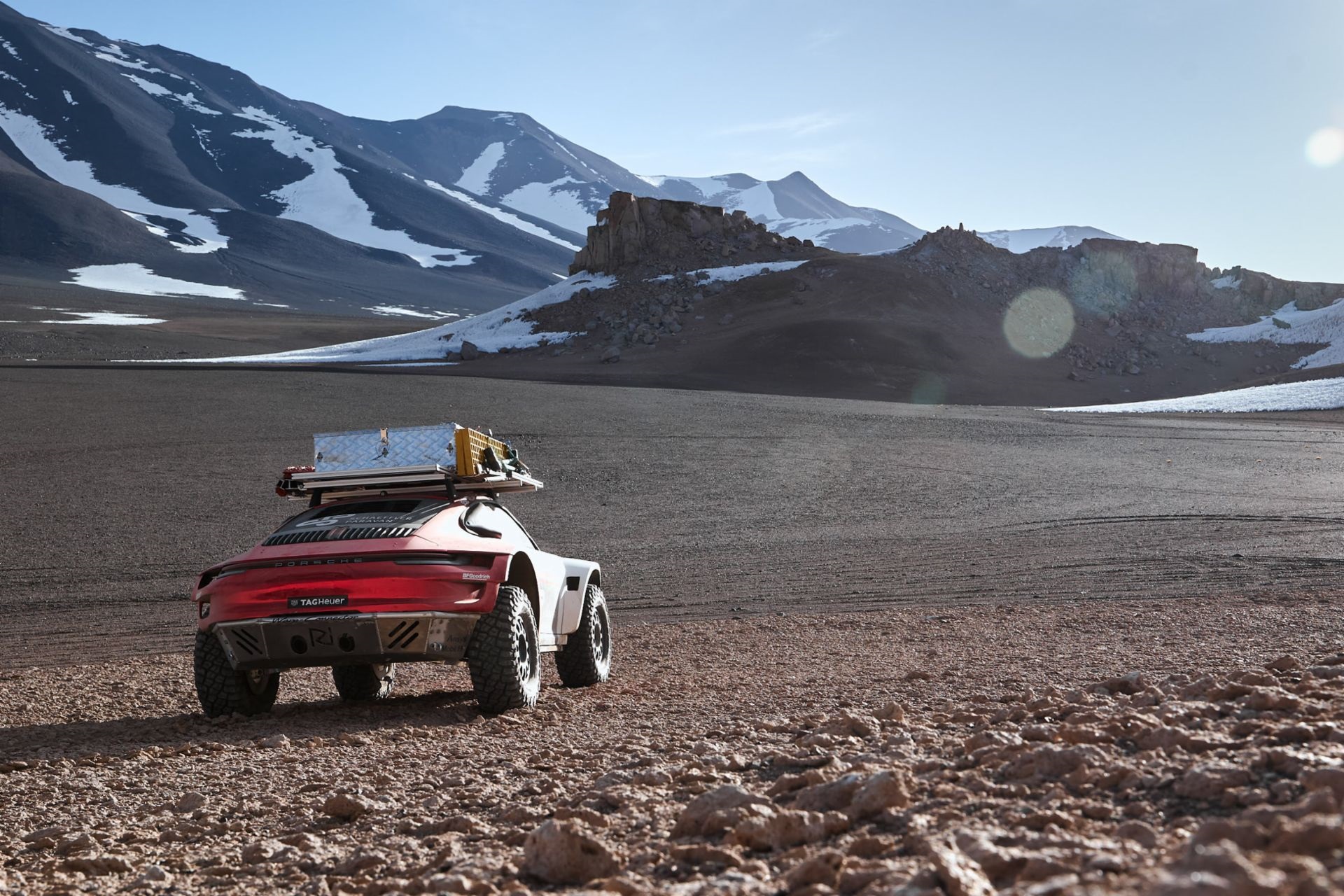 Mercedes is a lifelong fan of all things powered by an engine. When she isn't driving one of her five Smart Fortwos or her 14 other vehicles she could be found in the cockpit of a Cessna 172 or perhaps swimming in any body of water that she could find. She also has a deep love for buses of all kinds. Please send her buses. mercedes@theautopian.com Instagram: @mistymotors Twitter: @Miss_Mercedes30 Facebook.com/neonspinnazz
Read All My Posts »
PrevPreviousWe Need A Name And Some Rules For Two-Faced Cars
NextThe Five-Lady Trunk: Cold StartNext