A few years back for the old 911, Porsche rolled out a bit of an enthusiast special. Sure, the GT3 was brilliant and the Turbo was astonishingly quick, but if you were buying a 911 with your own money, the 911 Carrera T was the one to have if you didn’t need rear seats. For 2023, the 911 T returns and it seems to be even better than the last one. 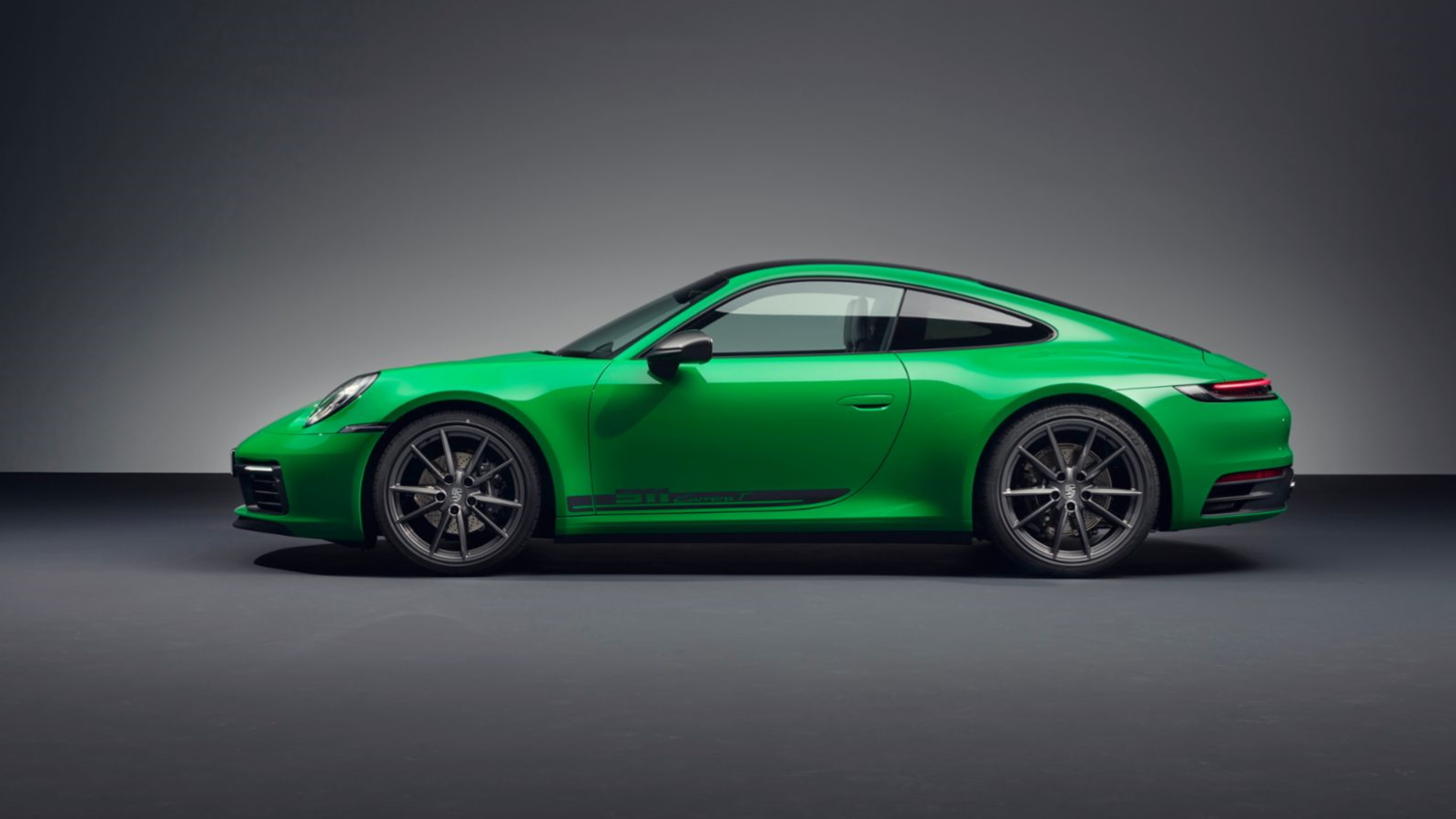 To make a 911 Carrera T, Porsche follows a fairly simple formula. The boffins in Stuttgart take one base-model 911, add performance bits, remove weight, and sell it for less than a Carrera S. Indeed, the new one starts at $118,050 including a $1,450 freight charge and offers quite a lot of kit for the dollar. Let’s start with the big news, a standard seven-speed manual gearbox. You can’t get a standard 992 Carrera with the manual, so a cheaper row-your-own model than the Carrera S is greatly appreciated. You can also get a PDK should you wish, but the analog appeal of a manual is just too great to pass up. 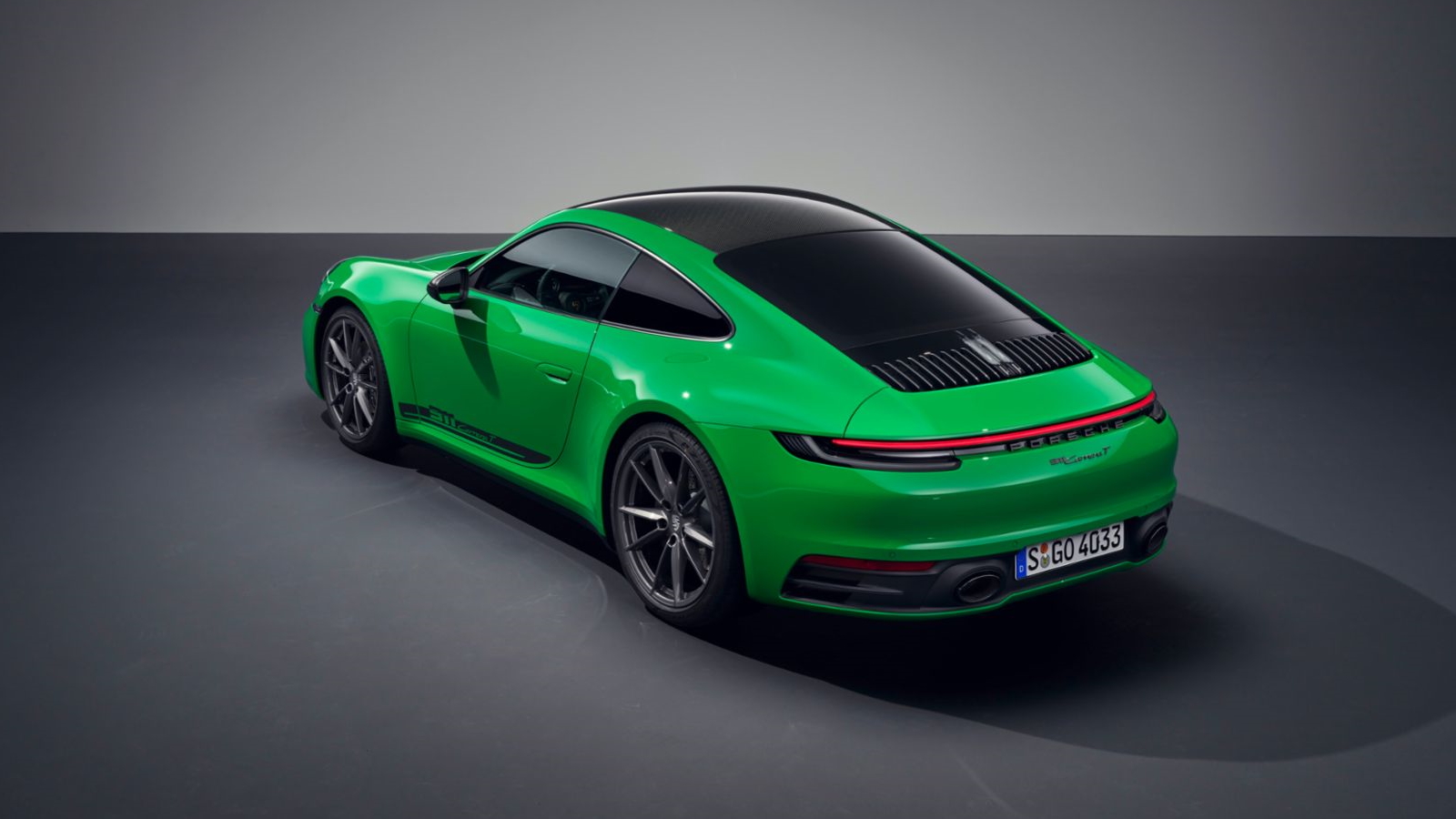 As for big performance goodies, the 911 Carrera T gets PASM sports suspension with a 10 mm ride height reduction over the standard car, along with a PTV limited-slip differential and the much-desired Sport Chrono package. Most keen Porsche enthusiasts would tick these option boxes on the Carrera S anyway, so to offer them for less money is pandering in the best possible way. Four-wheel-steering is on the options list for the 911 Carrera T, something else unavailable on the base Carrera. 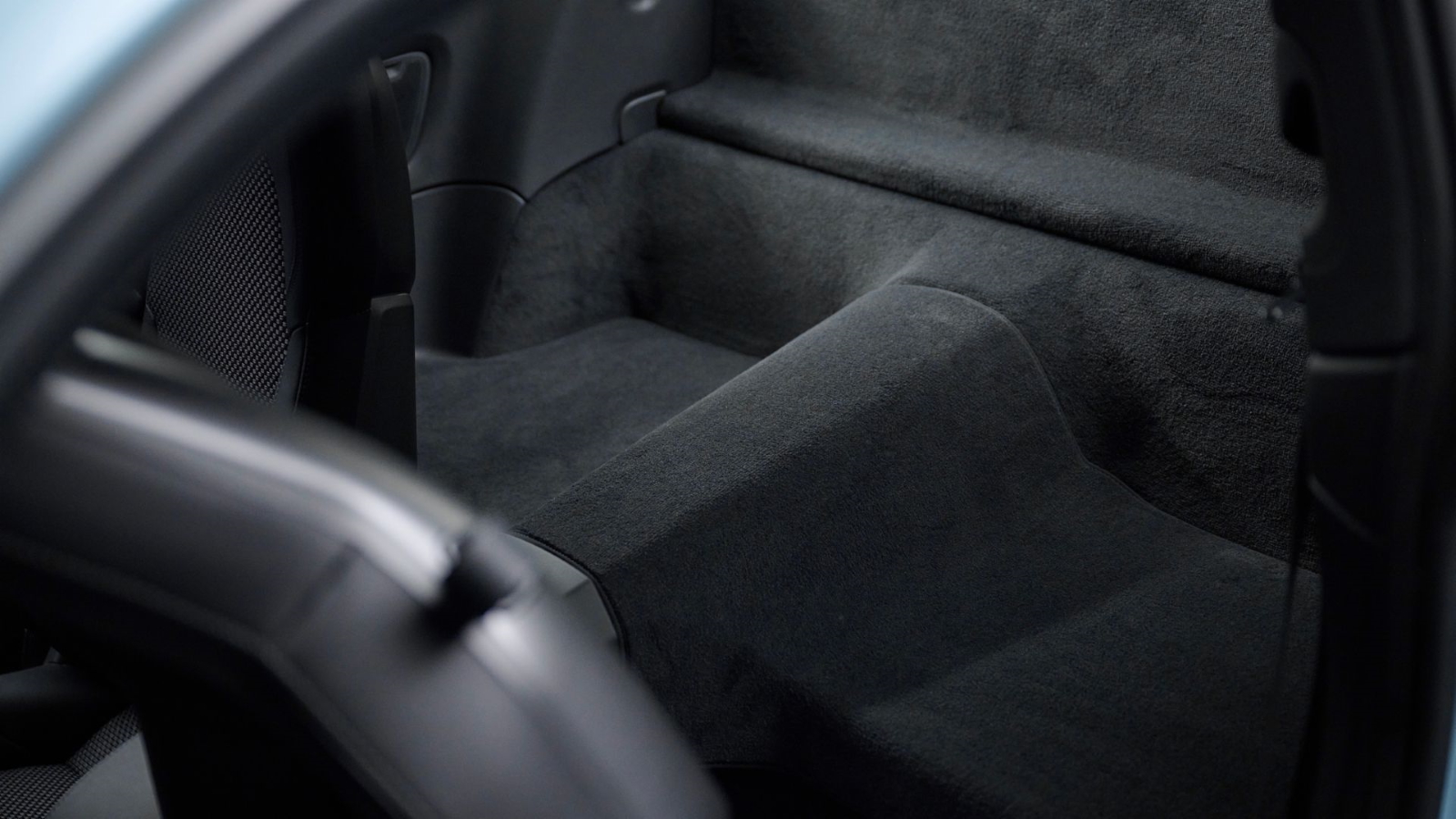 However, the 911 Carrera T isn’t just about electronically-controlled gadgetry, it’s also about cutting weight. With that in mind, Porsche has defenestrated the rear seats and replaced the now-smashed glass with lighter stuff. The battery’s also lighter, helping in the pursuit of shaving 77 pounds (35 kilograms) from the weight of a base Carrera. That thinner glass along with reduced insulation will let more noise into the cabin, but thanks to the standard sports exhaust, it should be good noise. 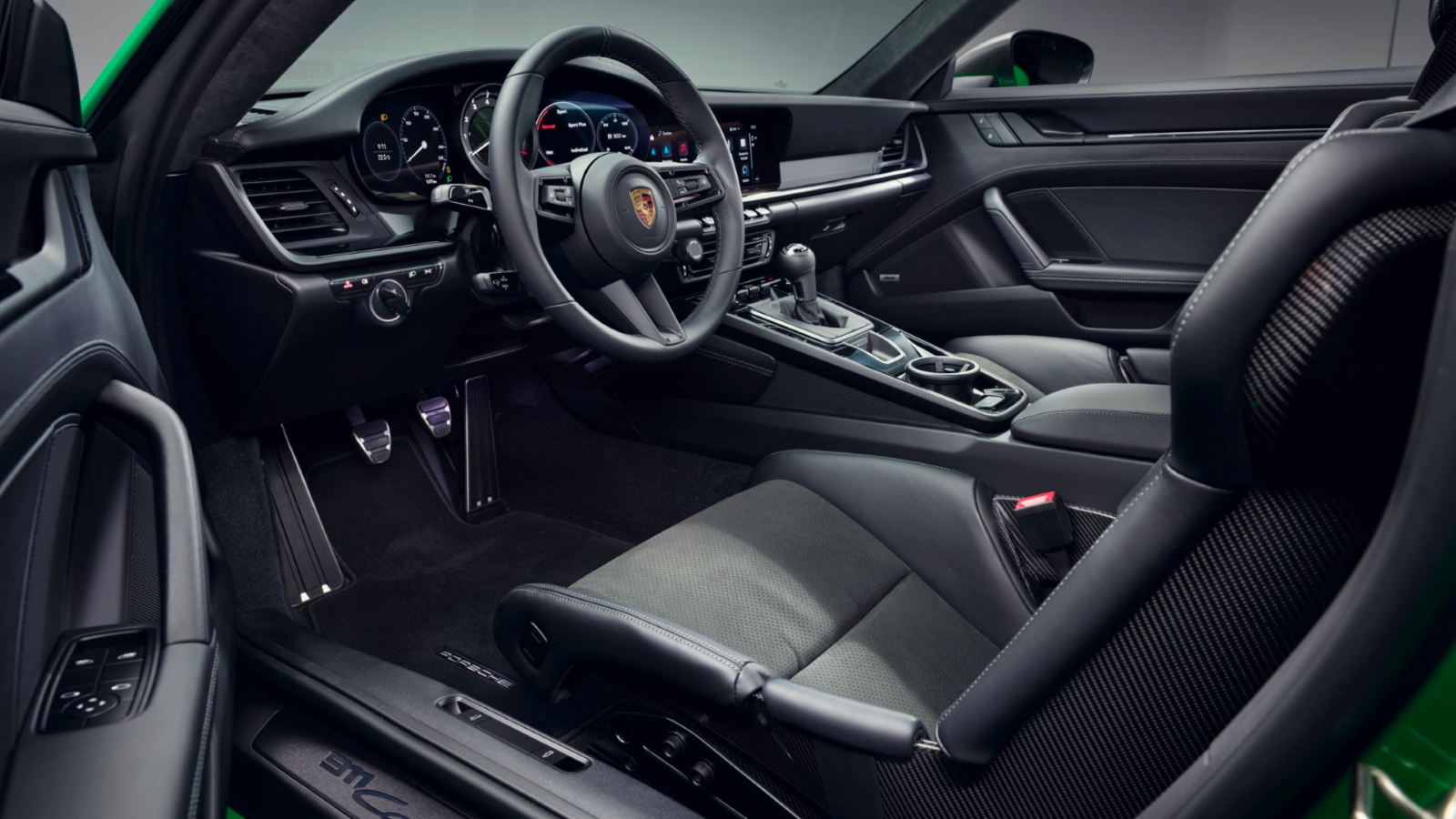 On the inside, the go-fast goodies continue with standard sports seats and the lovely GT Sports steering wheel. That wheel features a lovely small diameter and refreshingly thin rim and is absolutely worth getting in every 911. For the hardcore trackday junkies, Porsche will even let you option the fixed-back bucket seats from the GT3, handy for holding you tightly through Moss Corner or Bitch. If you don’t spec the buckets, something good comes back on the options list. Yes, Porsche will let you option the new 911 Carrera T with rear seats, perfect for people who have friends, children, or both. 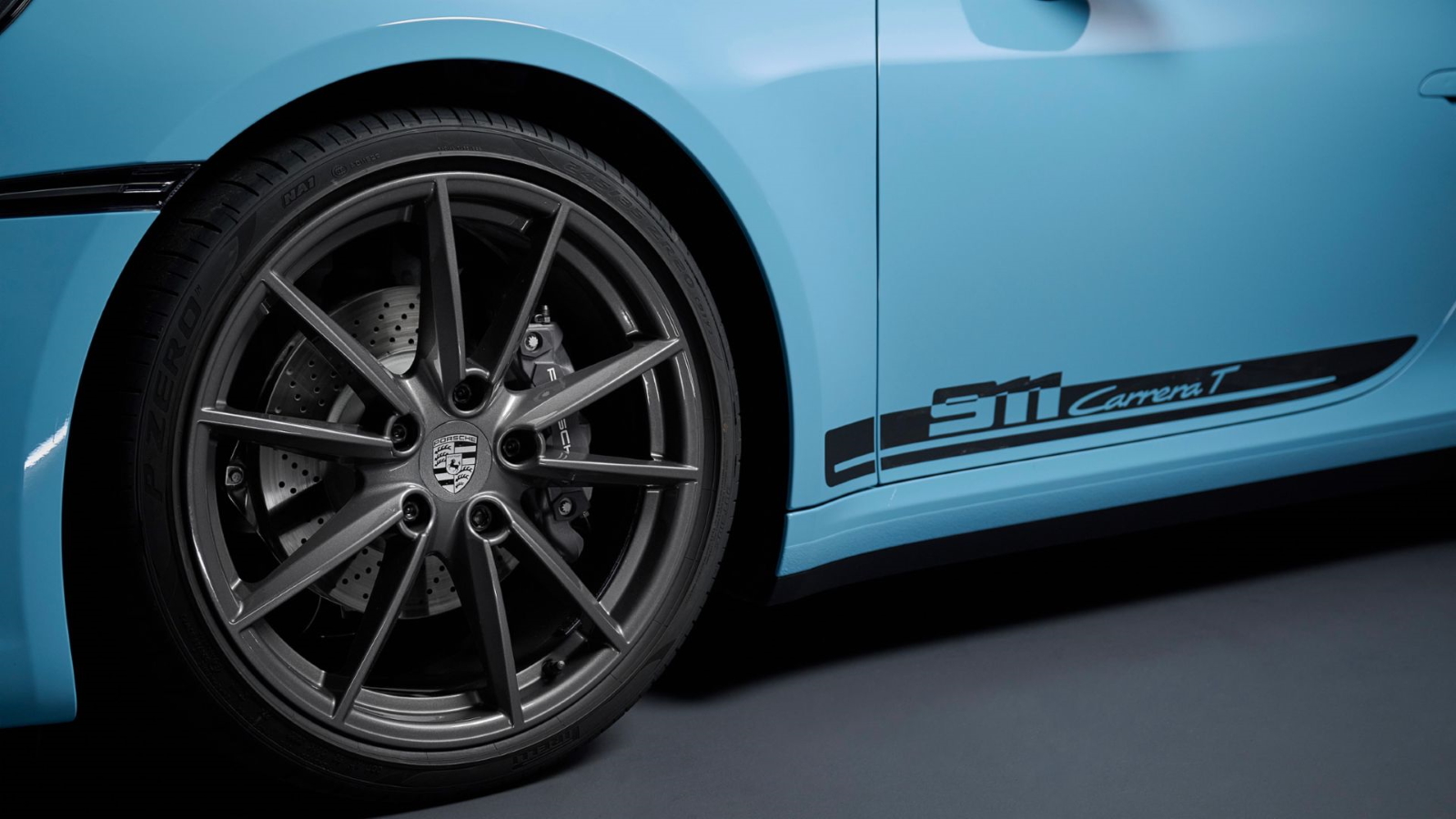 Of course, with the added performance bits comes some cosmetic flash. Agate Grey trims and emblems complement dark finish wheels and a set of door stripes, while the interior is about as black as Gomez Addams’ wardrobe. Happily, that’s about as far as the Warped Tour color treatment goes, for the 911 Carrera T can be hand in numerous wonderful colors. Guards Red and Racing Yellow are free, while Gentian Blue, Ruby Star Neo, Carmine Red, Shark Blue, and Python Green are available at extra charge. Sure, you could spec a grayscale color, but where’s the fun in that? 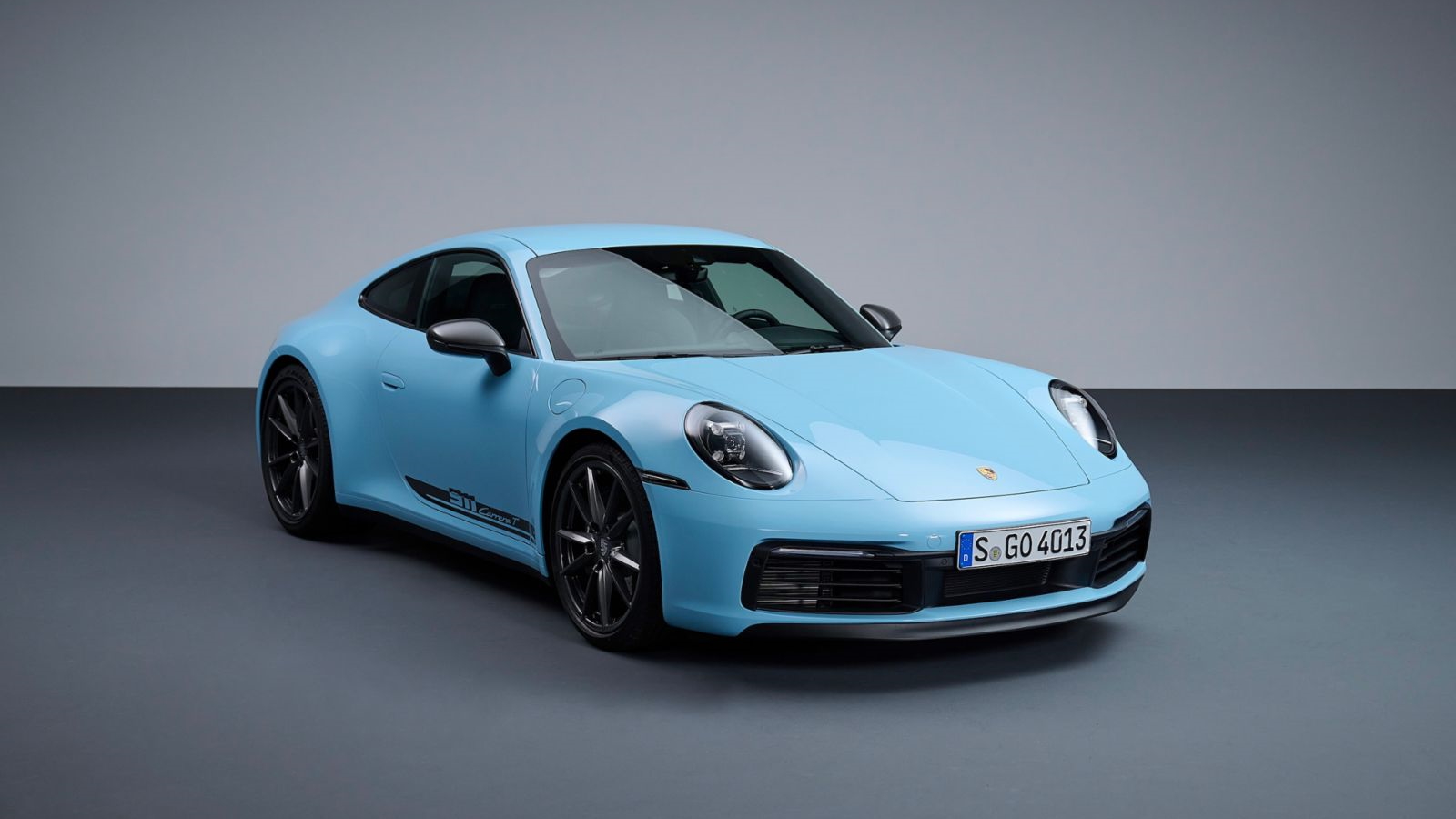 If you have deep pockets, the press pictures of a Gulf Blue model are a hint that the 911 Carrera T now qualifies for Porsche’s Paint to Sample program, where buyers can pay Porsche lots of money to get their car in one of 110 special colors. Who’s going to be brave and order one in brown? 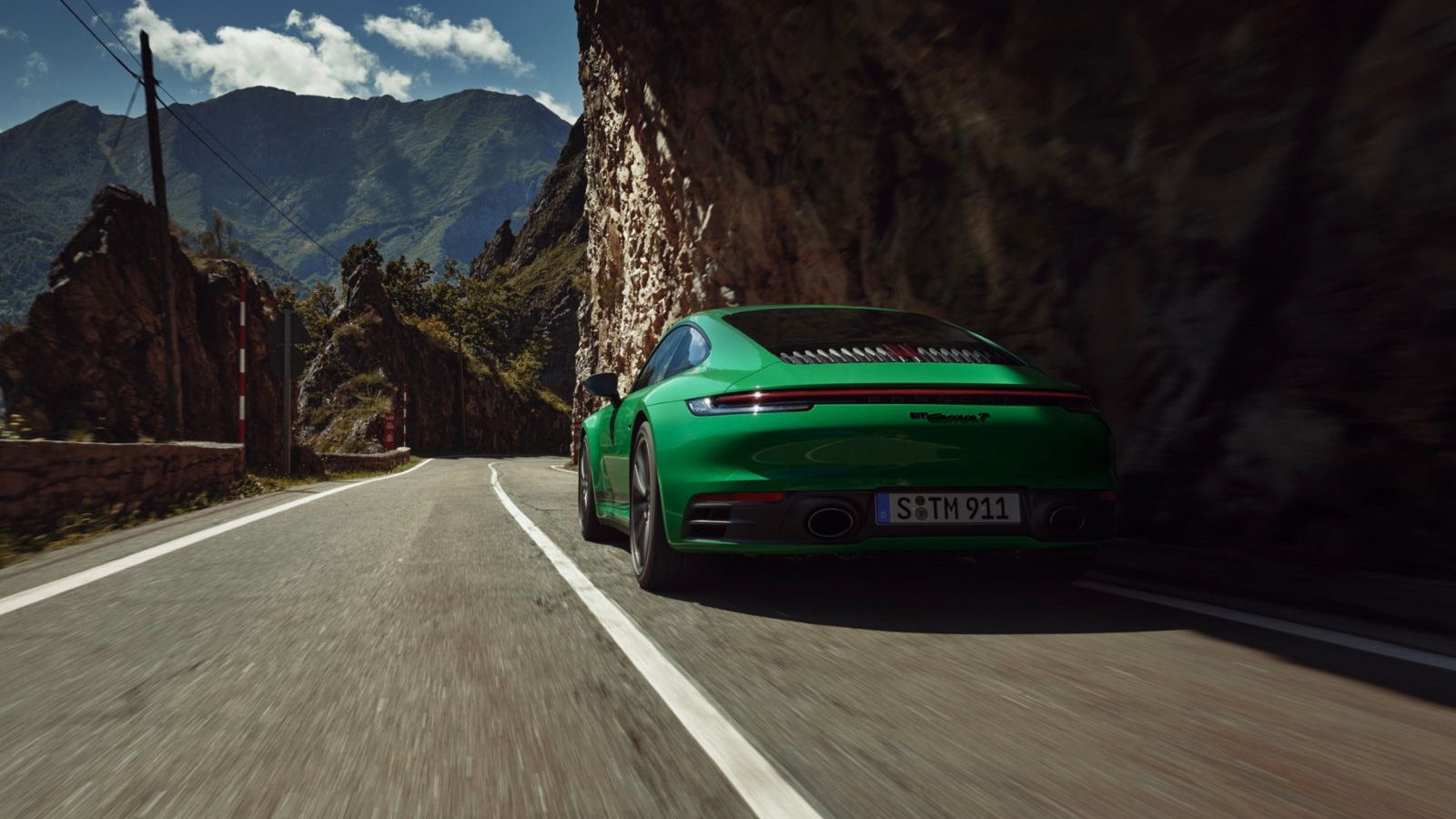 It’s good to see the best-value 911 make a comeback. While not everyone can afford a 911, much less a GT3, the 911 Carrera T should be perfect for those who’ve been eating ramen for the past two years to financially stretch their way into a brand new ass-engined sports car. Given prior experience, this new car should drive brilliantly and most certainly be the pick of the non-GT 911 bunch.

Thomas is a Nu Rave-blaring, heel-toe downshifting, maple syrup-swilling, chassis-geeking, junkyard parts-hauling, floppy-haired scenester who's been writing about cars since college. His current ride is a 2006 BMW 325i with the six-speed manual gearbox. Instagram: @thomas.hundal Twitter: @thomashundal
Read All My Posts »
PrevPreviousThe New Peugeot 408 May Be The First Good-Looking Fastback Crossover ‘Coupé’
NextBefore SUVs Everything Was An SUV: Cold StartNext