It’s been roughly three years since the Jaguar XJ was discontinued, which presents a problem for charming, caddish white-collar criminals all over the world. What sort of charming big sedan is there to buy once their XJs break? It certainly wouldn’t be the straight-faced Audi A8, nor the dignified Mercedes-Benz S-Class. The technofuturist BMW 7-Series is out completely, as is the outdated Maserati Quattroporte and the very serious Porsche Panamera. So what’s an affable cad to do? Whether you pulled a spot of PPP fraud or simply haven’t paid taxes since Reagan was in office, you may want to spend your ill-gotten gains on this, the new Bentley Flying Spur Speed. 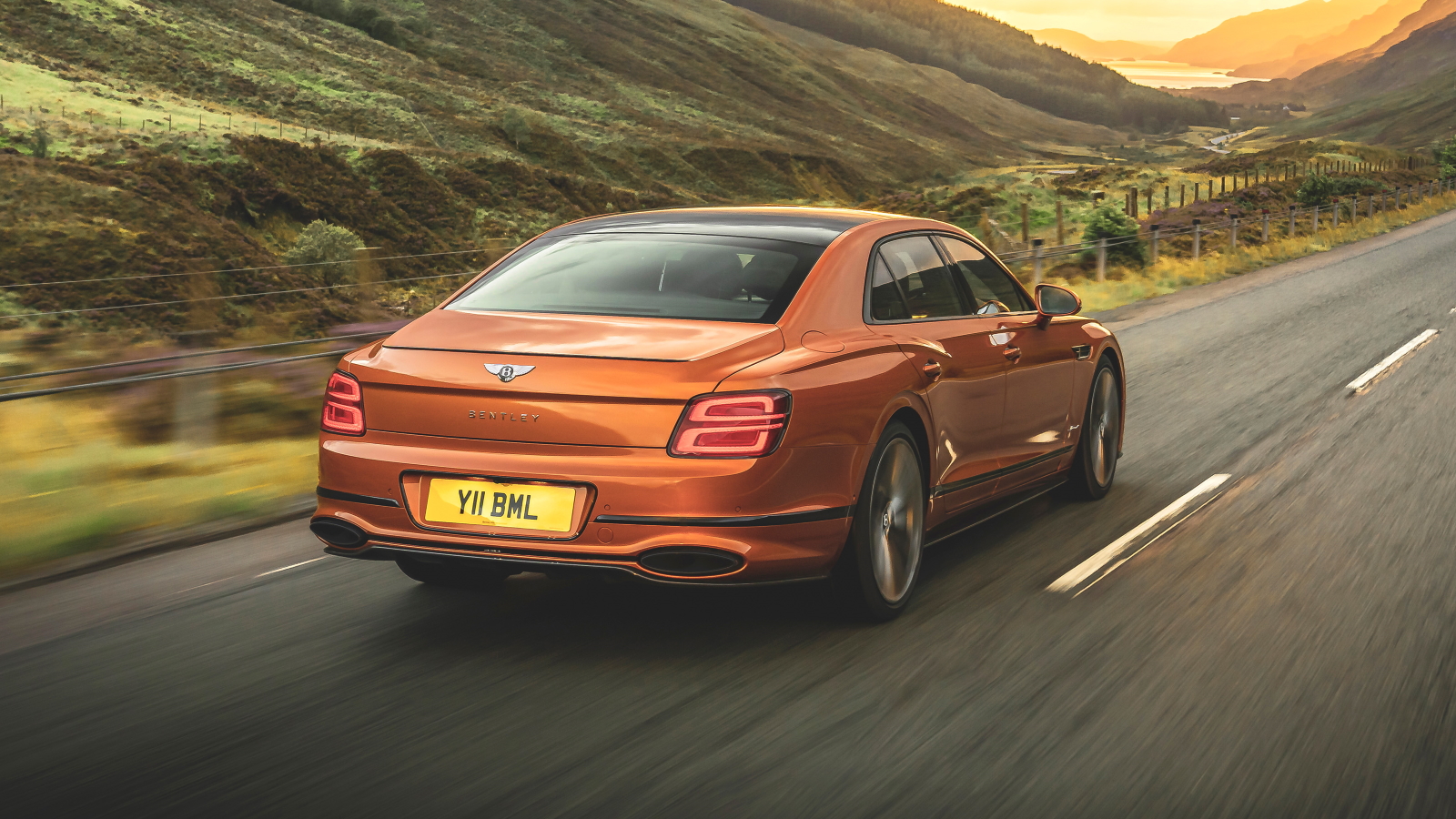 For those who don’t know, ‘Speed’ is the trim moniker that Bentley gives to its fastest vehicles (i.e. Bentley Continental GT Speed), because Type R is far too bourgeois.

The engineers at Crewe have tuned the Flying Spur Speed’s twin-turbocharged W12 engine to produce a very stout 626 horsepower and 664 lb.-ft. of torque. Putting it all down through a ZF eight-speed automatic gearbox and all-wheel-drive nets a quoted zero to 60 mph time of 3.7 seconds on the way to a top speed of 207 mph. Imagine doing 207 mph in Cholmondeley Castle.

Best of all, there’s more to that aforementioned all-wheel-drive system than quick runs up to 60 mph. In comfort mode, the Flying Spur Speed can send up to 53 percent of the engine’s torque to the front axle. However, in sport mode, the all-wheel-drive system will only send a maximum of 206 lb.-ft. of torque to the front axle. Perfect for tight getaways where you may need to gingerly rotate through a hairpin or two without sending cigar ashes flying about the cabin. Maybe you just dine-and-dashed a Michelin Star restaurant, we’re not here to judge. 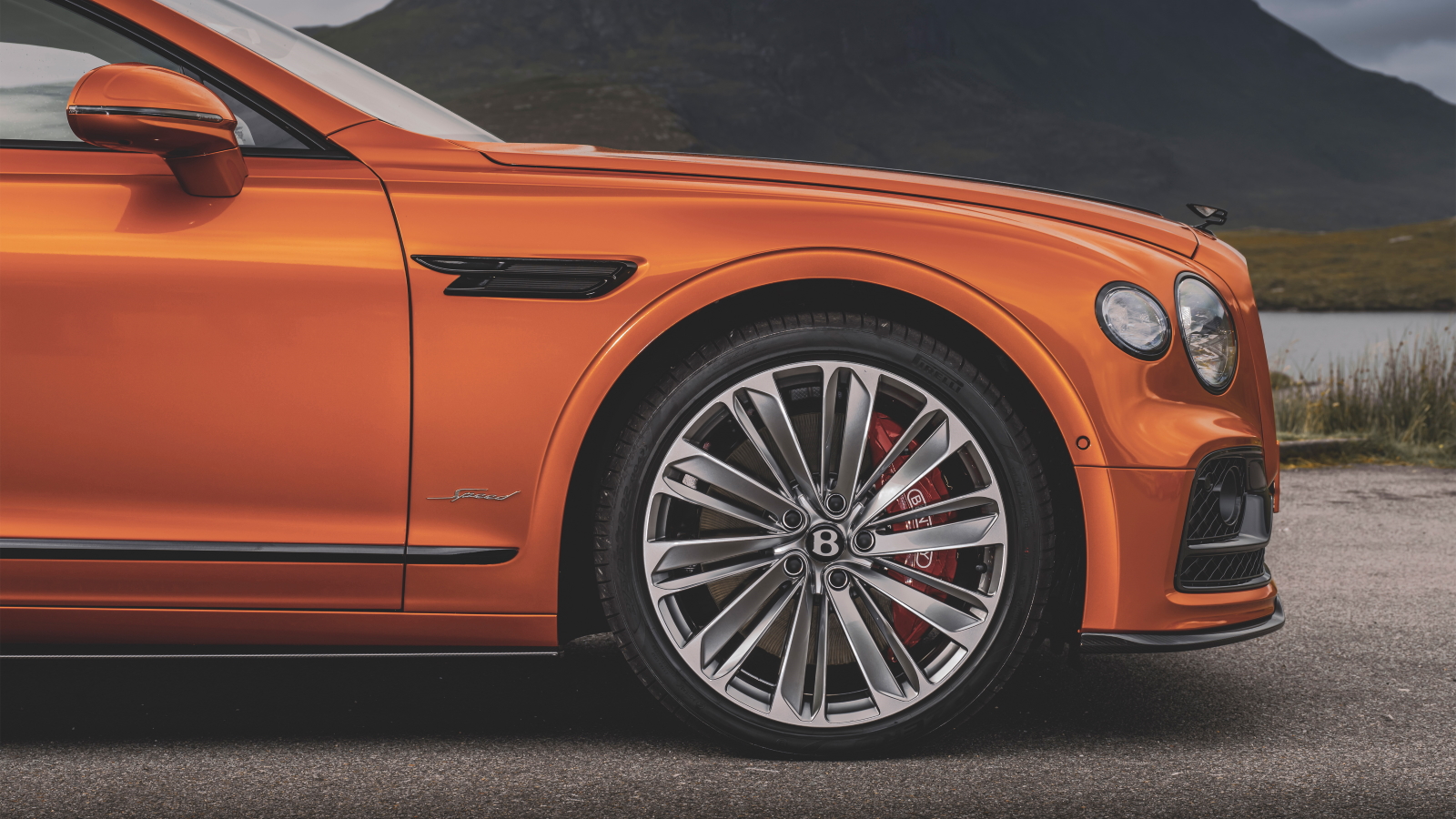 Further preventing any accidental decanting of the pilfered Moët & Chandon you may have in the rear seat refrigerator is four-wheel steering and Bentley Dynamic Ride, a pair of 48-volt active anti-roll bars that aim to offer both exceptional ride quality and flat handling. Hauling this leather-lined missile down to legal speeds are what Bentley claims to be the largest iron brake discs on any car in the world. The front discs measure a very nice 420 mm in diameter, or 16.53 inches in imperial units. For context, that’s larger than a wheel from an early Bentley Turbo R. Isn’t progress wonderful? 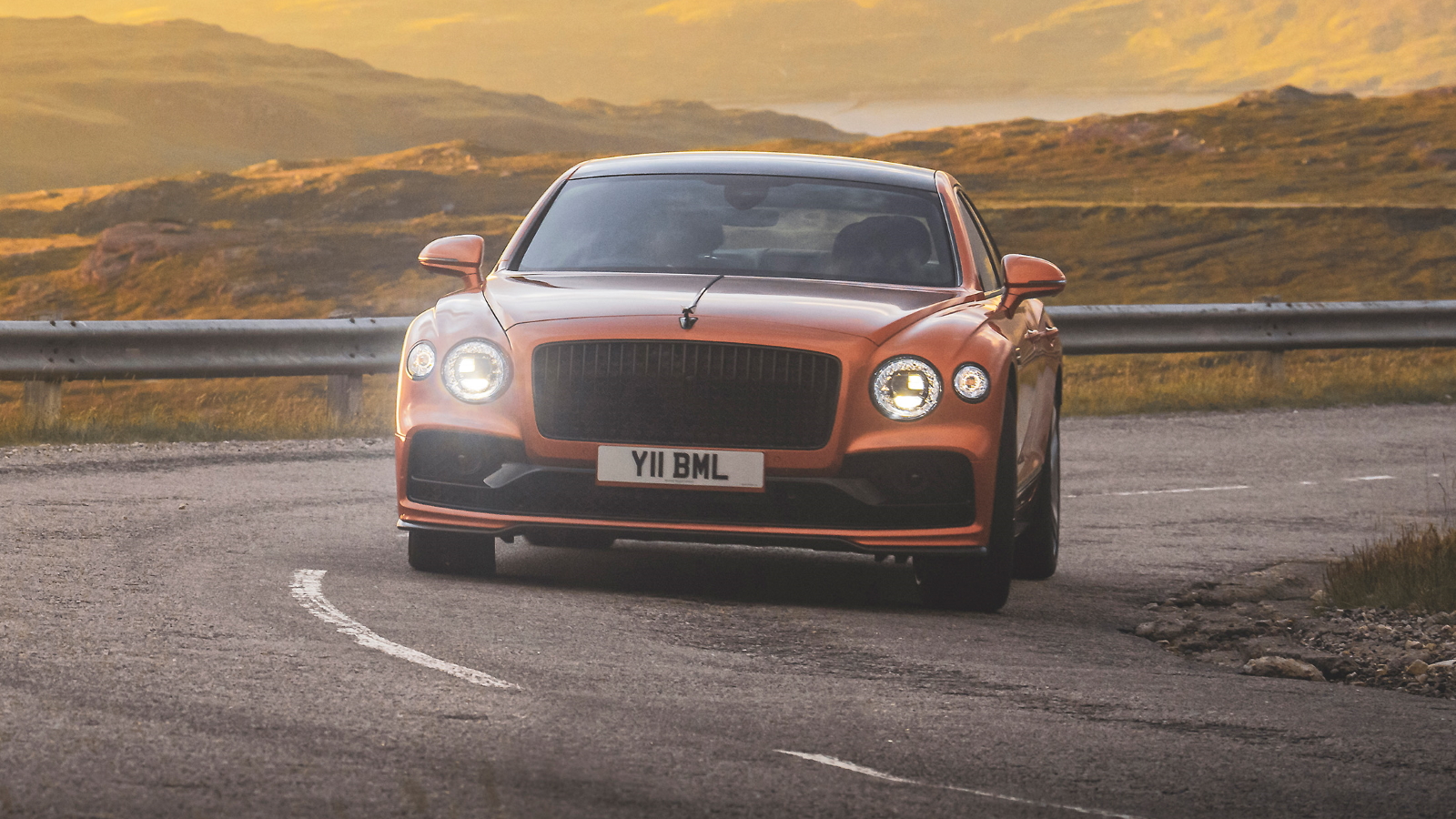 The Flying Spur Speed isn’t for everyone, but Bentley still expects one in three Flying Spurs sold in America and Europe to be Speed models. So, for you Terry-Thomas types, this preposterously fast Bentley sedan just might be what you need to outrun scorned lovers, restaurant bills, and the tax collector, and do it all in style.

Thomas is a Nu Rave-blaring, heel-toe downshifting, maple syrup-swilling, chassis-geeking, junkyard parts-hauling, floppy-haired scenester who's been writing about cars since college. His current ride is a 2006 BMW 325i with the six-speed manual gearbox. Instagram: @thomas.hundal Twitter: @thomashundal
Read All My Posts »
PrevPrevious2023 VW ID.Buzz EV: Here Are All The Easter Eggs
NextI Went To Australia And Discovered A Jeep CJ-5 Unlike Any CJ-5 You’ve Ever SeenNext