It was only a matter of time before Lucid Motors took the fight directly to Tesla’s Model S Plaid, and the California-based marque has decided to take a holistic approach to EV hyper-sedans with its Air Sapphire. Sure, it may sound like a limited-edition shoe, but the Lucid Air Sapphire promises to be far more than just a quarter-mile monster.

Power for the Lucid Air Sapphire comes from three electric motors, one at the front and two at the back. The twin-motor rear axle is a particularly neat trick because it allows for genuine torque vectoring through corners. The motor acting upon the inside wheel can actually go into regenerative braking while the motor acting upon the outside wheel doles out the power. Altogether, Lucid claims that the three motors are capable of putting out more than 1,200 horsepower and launching the Lucid Air Sapphire from a dead stop to 60 mph in under two seconds. Fasten your seatbelts indeed. 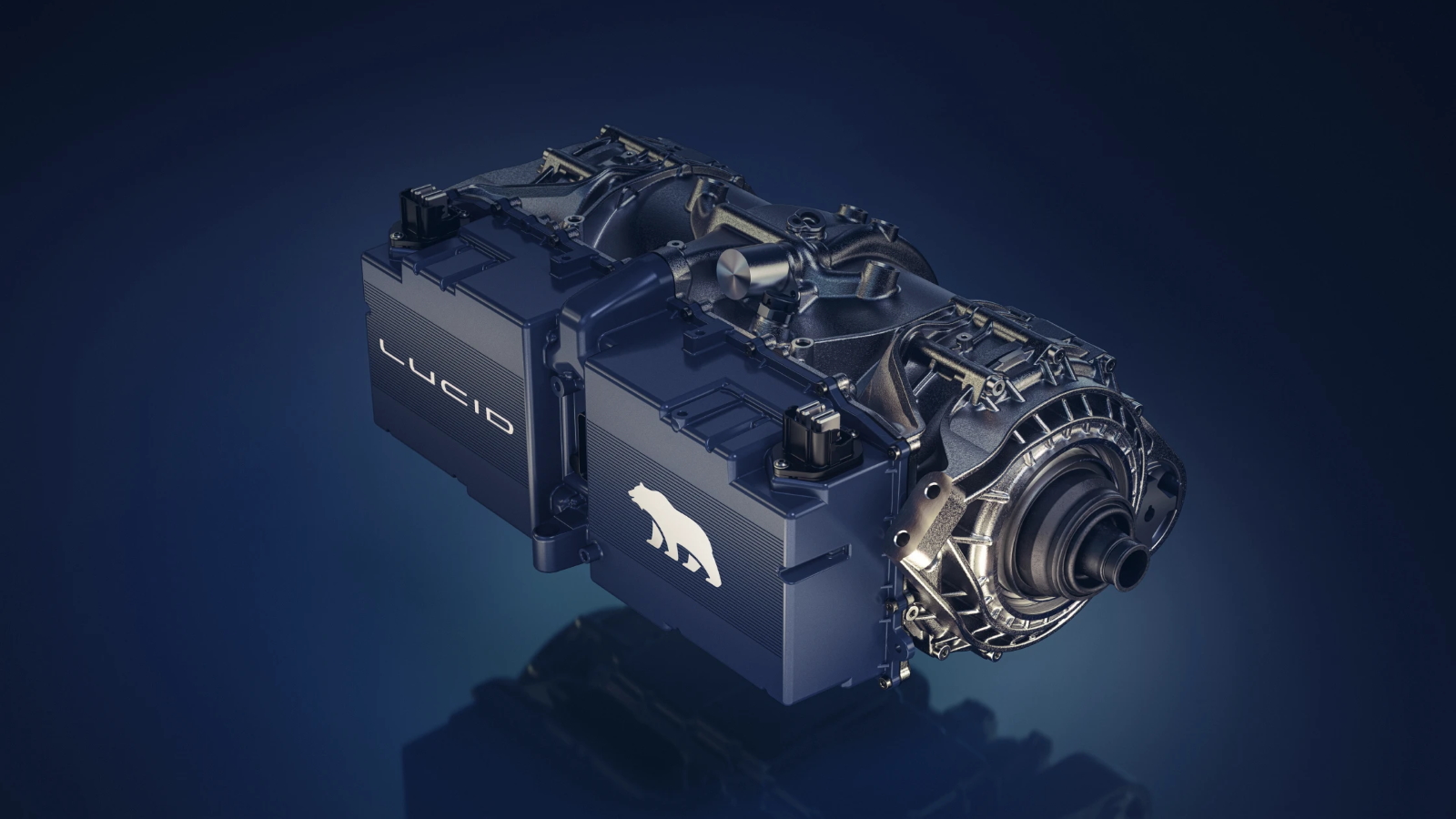 However, the party isn’t over once the Lucid Air Sapphire reaches 60 mph. Lucid quotes a zero to 100 mph time of less than four seconds and a quarter mile time of less than nine seconds, some spleen-rearranging claims that I’m excited to see proven by a third party. Keep your foot in it, and Lucid says that this spacious sedan won’t stop pulling until it’s past the 200 mph mark, proper supercar territory. 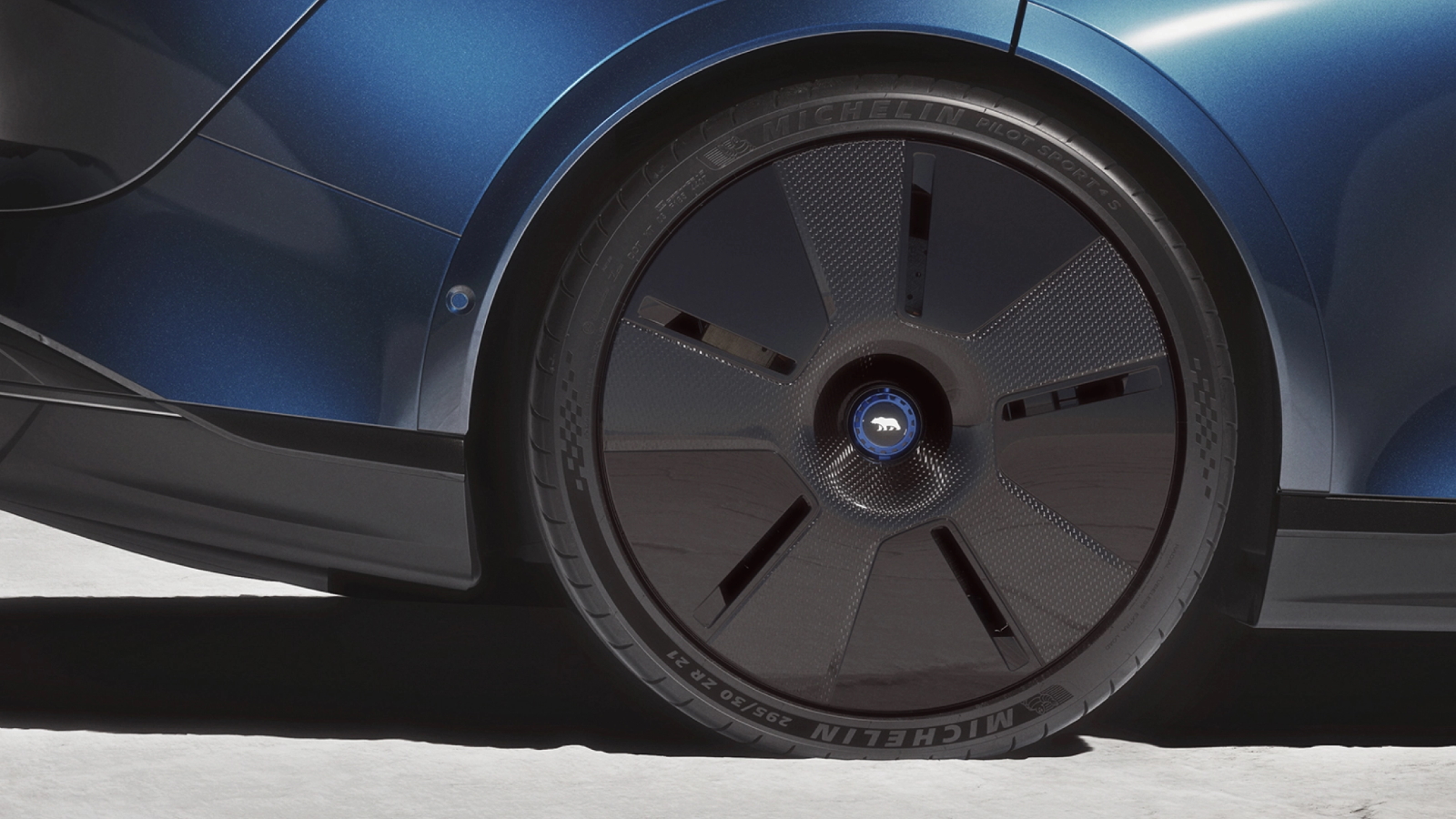 With the wide, staggered tire setup comes widened bodywork, some 21 mm wider up front and 24 mm wider out back. However, instead of going through the costly process of stamping new panels, Lucid has elected to go with a set of overfenders that look less Rodeo Drive and more SEMA. Speaking of things that look aftermarket, the Lucid Air Sapphire comes with a set of detachable carbon fiber aero discs for the wheels that should be friendlier to the wind than open spokes. 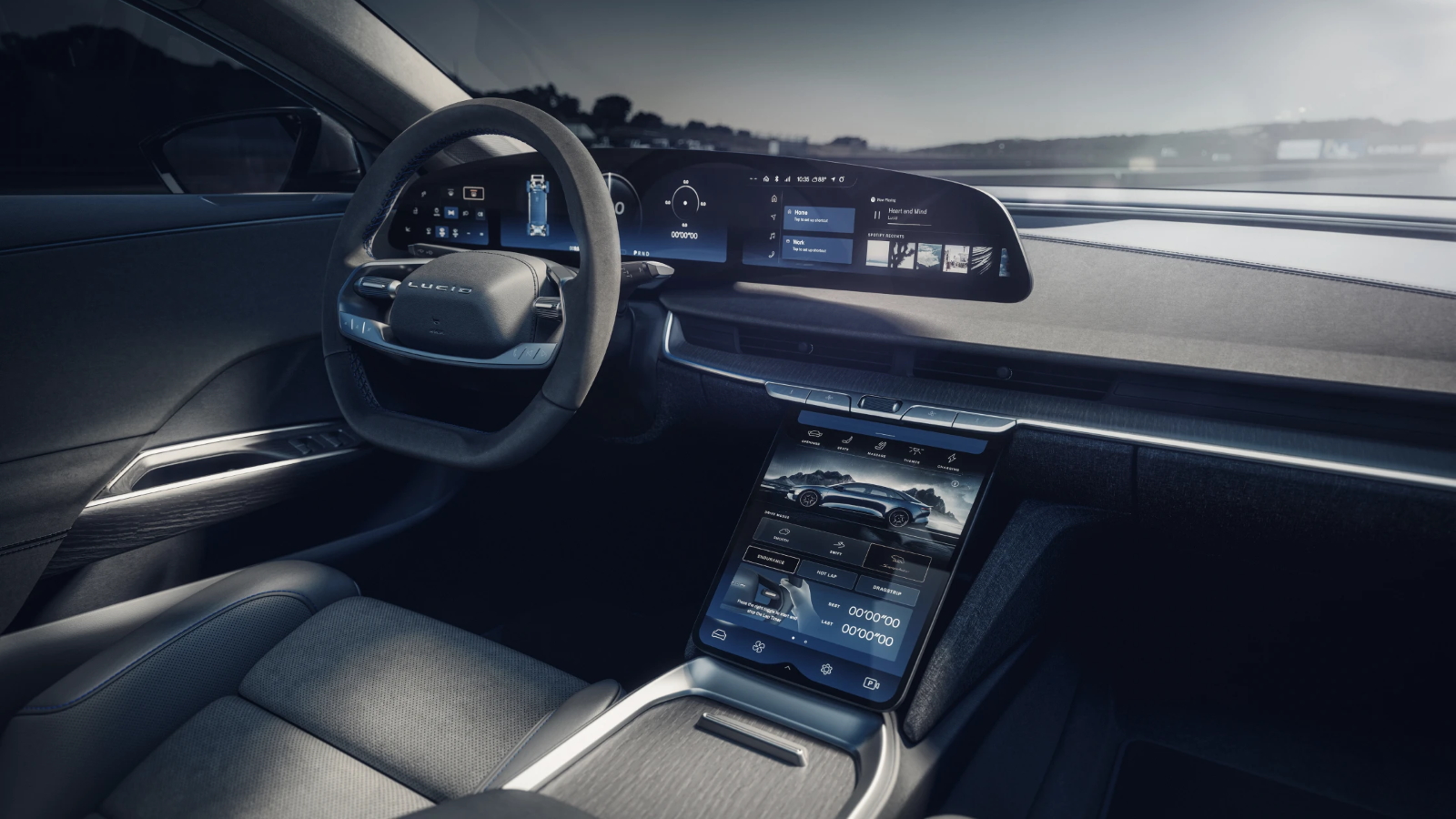 On the inside, 18-way front sports seats with grippy alcantara inserts should hold the driver in place while they enjoy the retuned suspension and torque vectoring from the dual rear motors. Perhaps best of all, Lucid says that the sports suspension shouldn’t beat occupants up.

“Our aim with this, our first Sapphire model, is to complement the exceptional powertrain with sharper, more responsive driving dynamics and increased body control,” said David Lickfold, Director of Chassis and Vehicle Dynamics. “At the same time, it was important to retain the exceptional ride quality for which Lucid Air has come to be known.”

The focus on body control is reassuring, as proper body control is what actually gives well-tuned cars good ride quality. By mitigating pitch and roll, and properly matching damping with true spring rates, you can create a car that handles well, offers plenty of driver confidence, and still rides beautifully. It seems like Lucid has gone over the suspension with a fine-tooth comb, not only changing spring rates and dampers, but also bushings and likely the spring rate of the tire sidewall. In addition to those suspension tweaks, Lucid touts recalibrated traction control, stability control, and electric power steering. 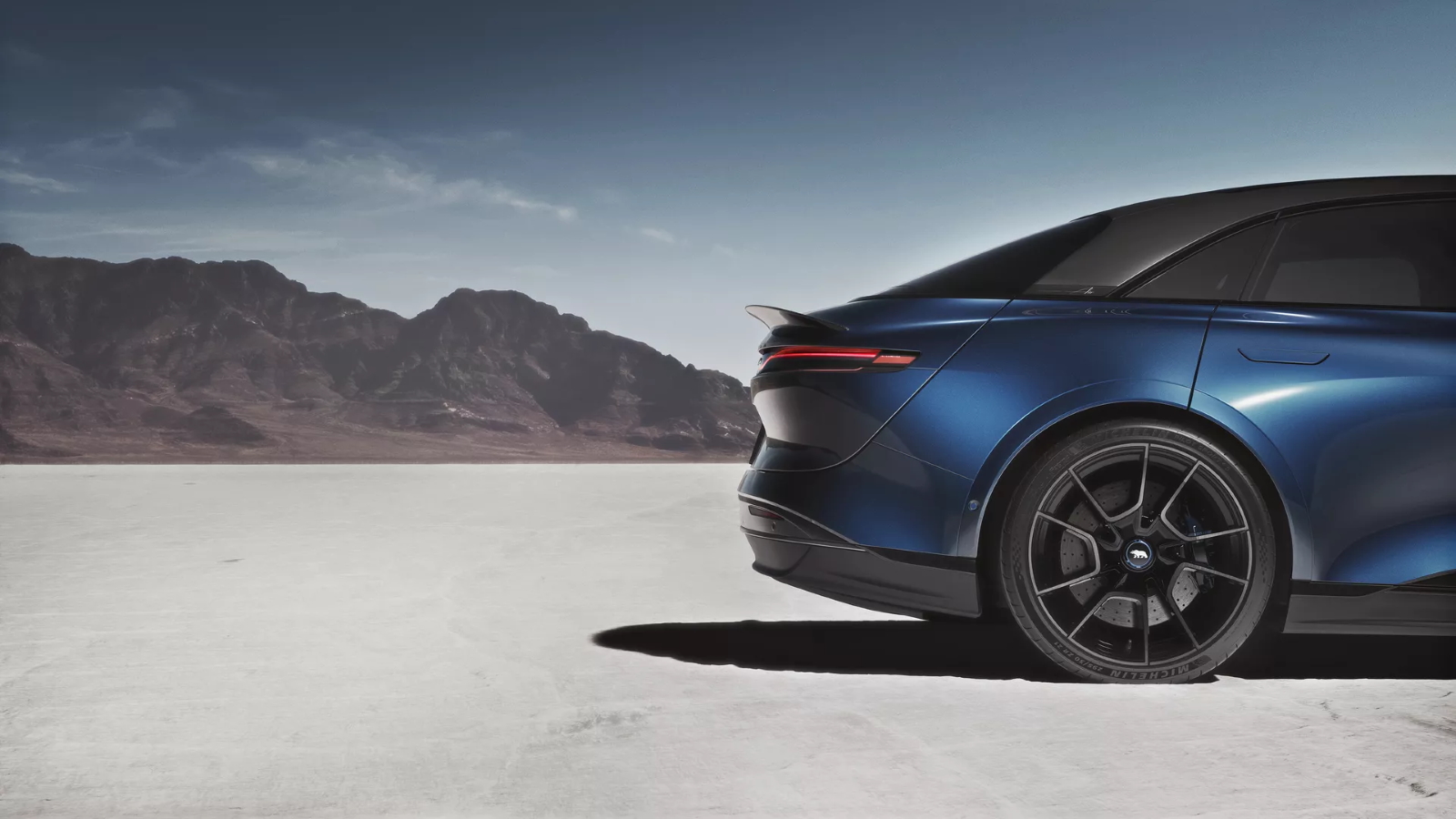 In addition to all the performance tweaks, the Lucid Air Sapphire is getting a new shade of paint with an interesting origin. See, back before every top-level race car was plastered in sponsorship stickers selling pile cream and energy drinks, racers used racing colors to distinguish their country of origin. British racing green, Italian rosso corsa, Bleu de France, that sort of stuff. America had two, either white with lengthwise blue stripes, or a deep Imperial blue with white stripes. Think Shelby Daytona Coupe for the latter. Lucid allegedly took inspiration from that and Benitoite, California’s state gem, to create this shade of deep blue. I don’t know why Californian EV startups write their marketing materials like the Red Hot Chili Peppers write lyrics, but it is what it is. 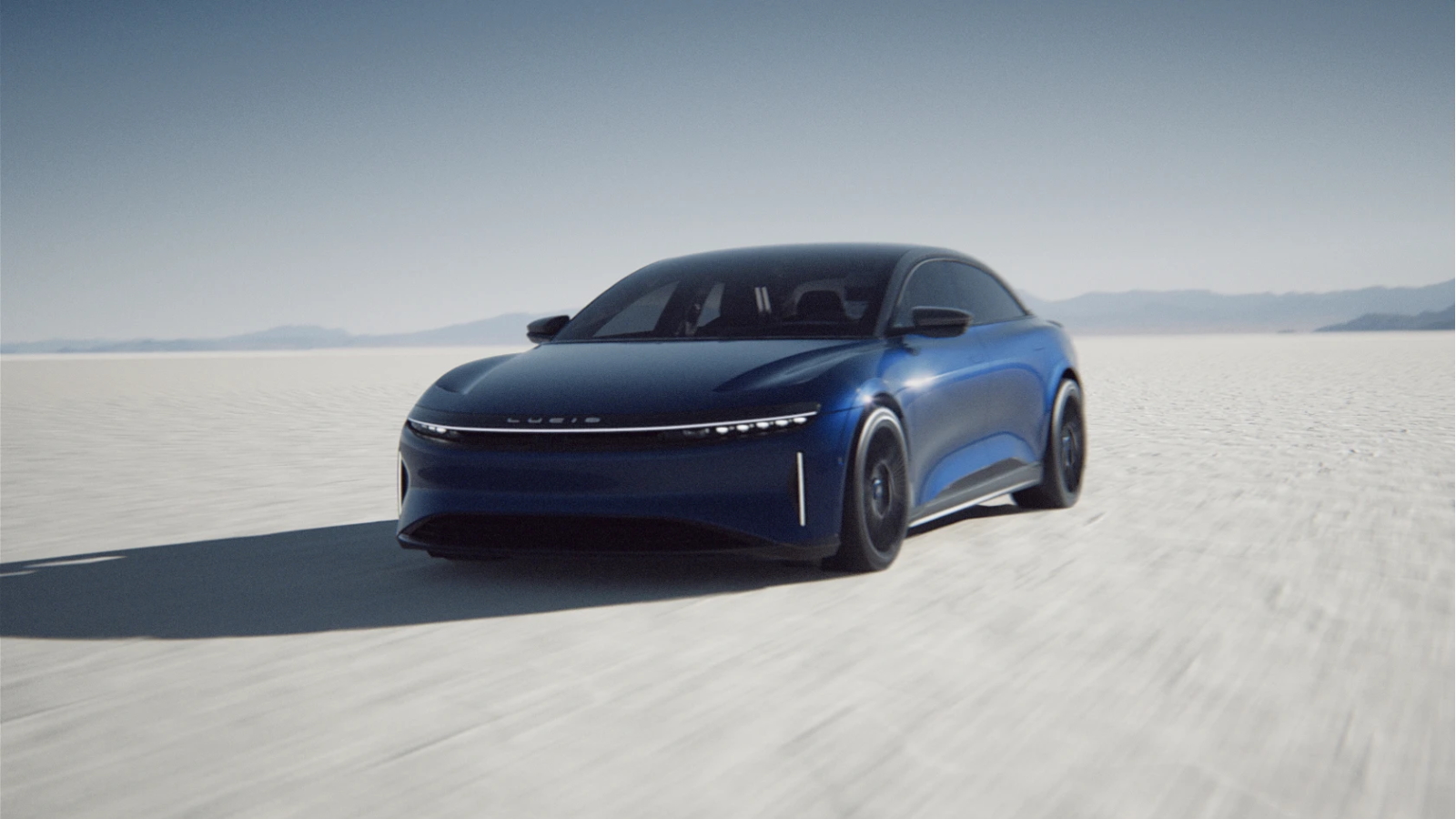 If you happen to have a lot of money burning a hole in your pocket and want the ultimate four-door performance EV, you might want to act quickly. The Lucid Air Sapphire is a limited-production model, although it won’t be the last Sapphire high-performance model we’ll see from Lucid. Pricing starts at $249,000 excluding an unspecified freight charge, and deliveries are expected to start next year. Curiously, while no freight charge for America is specified, a freight charge for Canada is. A $2,200 freight charge sends Canadian pricing up to $327,200. If you don’t live in Canada or the United States, you’re likely out of luck for the Lucid Air Sapphire. It’s only expected to be sold in those two markets, a rare occasion of Europe not getting the cool stuff.

All photos courtesy of Lucid Motors