Facebook-f Twitter Instagram Rss
Menu
Menu
Home » I Led The Design Of The Tesla Model S’s And Ford GT’s Suspension. Now I’m Answering Engineering Questions For The Autopian. Where Did I Go Wrong?

I Led The Design Of The Tesla Model S’s And Ford GT’s Suspension. Now I’m Answering Engineering Questions For The Autopian. Where Did I Go Wrong?

When I saw the Ford GT show car at the 2002 Detroit Auto Show, I knew right then and there I wanted to be part of its development. I, a Ford engineer with more than a decade of experience at the time, contacted the manager creating the team, and got the job leading chassis design. Wow! Talk about butterflies in my stomach! Here was the highest profile car the company had done in decades, and I was going to be in charge of the parts that make the ride, handling, and vehicle dynamics compete with the best the world has to offer. Over the next two years I lived and breathed Ford GT, ultimately helping create a car that was everything my team hoped it would be; it became an instant hit. If my career had ended there it would have been a dream for any automotive engineer, but fate wasn’t done with me yet. In 2009 — near the beginning of Model S development — Tesla called.

Hello Autopians! It feels great to be here with you all in this new venture David and Jason started. I’ve been a longtime reader of both, so when they called to tell me about the new website and ask if I wanted to be part of it I immediately said “No, who do you think I am anyway?” But then they told me about how they were building a place where car nuts would want to hang out, and that they’d let me get as nerdy as I wanted in a weekly blog called “Ask An Engineer.” What kind of engineer turns down a chance to get nerdy in public? So I gave in.

So this is the plan: You folks ask questions, and I do my best to answer them. Every week I’ll choose a few questions and give the answers in the blog. I promise that the questions I choose will have nothing whatsoever to do with how easy they are for me to answer. No sir, nope, absolutely not — cross my heart, hope to die. Anyway, if I don’t know the answer then I’ll do some research to find it. It can be about anything, but since this is a car site, let’s keep it car-related. If you ask me what to get your significant other for Valentine’s Day then I can assure you they won’t be your significant other on Feb 15. You can even ask me about weird taillights, but I might let Jason take those. Actually, I don’t have a choice [points to taillight clause in contract].

So, who am I and why should you care about my answers to questions about cars and car-related topics? Well, I have been an automotive engineer for all 31 years of my career. Yes, I’m an old fart, but I’ve been a car nut from the moment I came onto this earth. As a little kid, all I wanted was a new toy car, and anything mechanical was fascinating to me. My favorite toys were Lego and Meccano, and I spent hours building contraptions and anything my mind could imagine. Did you know that you can build a gun with Lego train tracks and a rubber band? For a 13 year old, that’s way cool!

As I got older I got into engines, and of course the most accessible engine for a teen kid is a lawn mower. I had several over the years, and I remember one day I decided to take one apart as far as it would go. I wanted to know what made it tick, so I took everything apart  — the crank case, the piston from the connecting rod, the valves. I even stripped the carburetor down completely. My mother was convinced it would all end up in the garbage, but then I put it all back together. She never forgot the look on my 14 year-old face as I stood next to the fully assembled and running lawnmower an hour later.

A few years later I went off to college where I got my Bachelor’s Degree in Mechanical Engineering from Duke University. A few years after that I went back to school and got my Master’s in Mechanical Engineering from Georgia Institute of Technology. That got me my first job in the auto industry at Ford Motor Co. I spent 19 years there, with the majority of that time in the Chassis design and engineering departments. I learned all about suspension systems, steering systems, and brakes. My mentor, Manfred Rumpel, who had worked at Porsche as a young engineer, taught me well and instilled a passion for design excellence.

As is normal in a company like Ford, I worked on many new designs that never got past the prototype stage, but then I became part of the D/EW98 platform, which became the 1999 Lincoln LS and Jaguar S-Type. As part of that project I spent two  years in England at Jaguar Cars doing the ride and handling development of the S-Type. I learned all about ride, handling, steering, vehicle dynamics, and about how to make a car comfortable but still fun to drive. 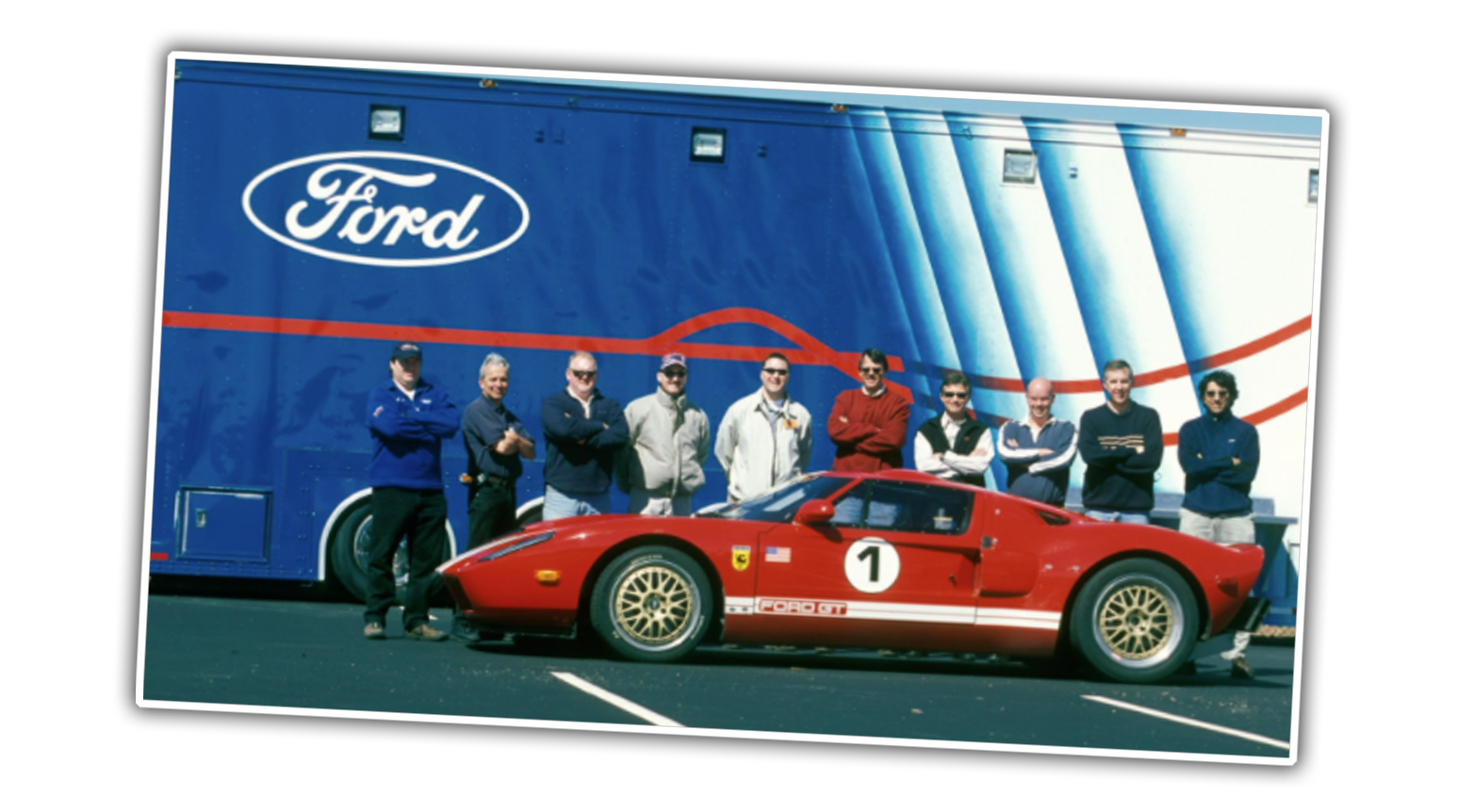 When I came back to Ford in Dearborn, I fell into the opportunity of a lifetime for any engineer — developing the Ford GT’s suspension. Seeing a GT still brings a tear to my eye. 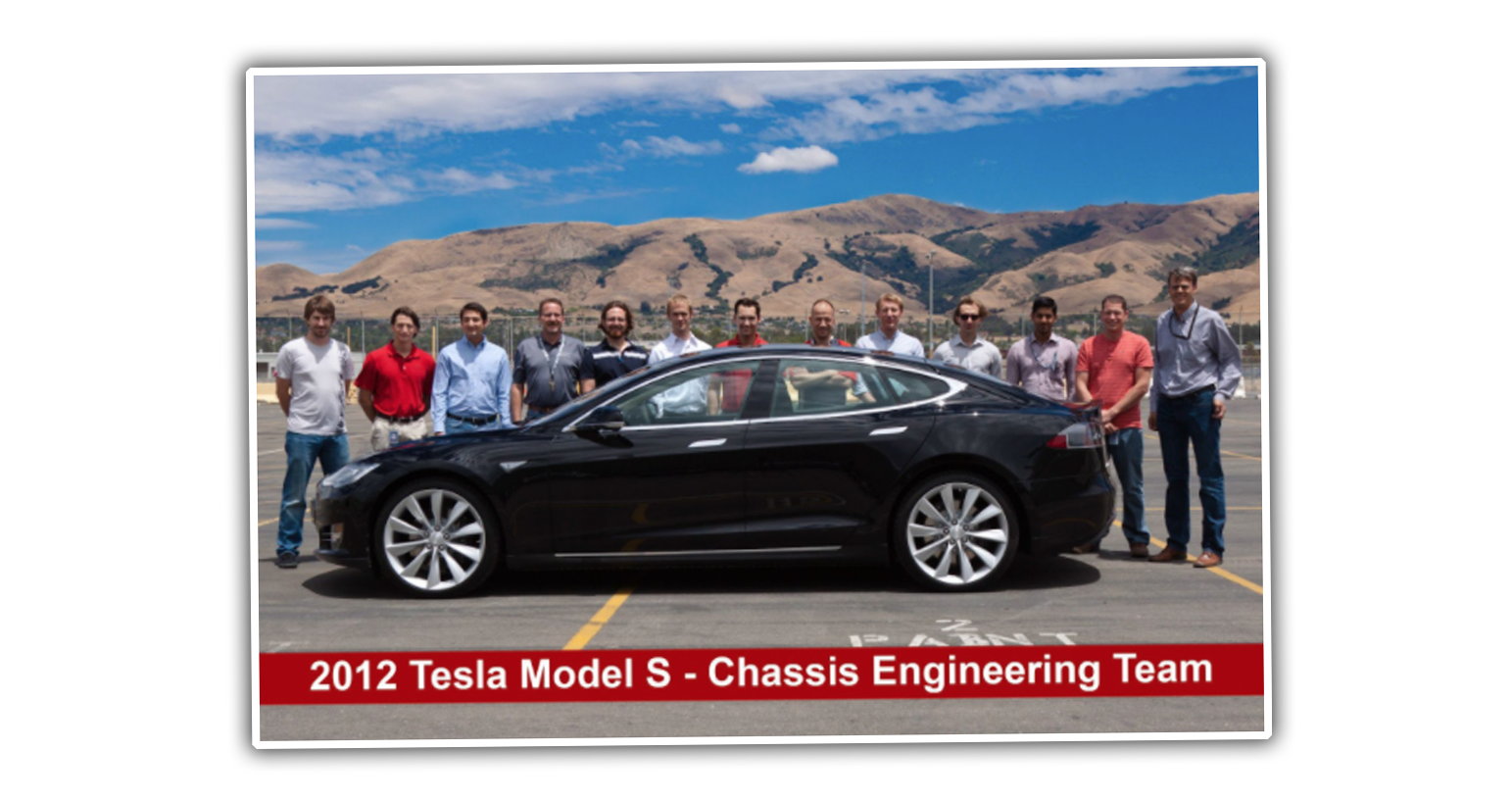 As I mentioned in the first paragraph, in 2009 I got a call from a recruiter at Tesla Motors who wanted to know if I was interested in becoming their Director of Chassis Systems. I took the job, and at the end of that year packed up the family and moved out to California. This was right at the start of Model S development, and with a very small team of engineers we designed a completely new suspension, steering, and brake system from the ground up.

Working for a silicon valley company might as well have been working on Mars as compared with a traditional company like Ford, and it took some getting used to (I may elaborate on this in a future blog). But it didn’t take long for my team and me to ditch all the old rules we had lived with for so long and design a world class chassis on a shoestring budget. What we did would have been impossible in Detroit, but we did it anyway. It’s amazing what you can do when your hands are freed from the shackles of too many rules and processes.

I left Tesla in 2015 and went to work at Apple, where I stayed for 3 ½ years. After my time at Apple, I became the Director of Chassis Systems at Lucid Motors, where I worked with a stellar team that I still miss today. If anyone can design a Tesla killer, these guys can! For reasons related to family, I left Lucid and went to work for the Mahindra North American Technical Center in Detroit, but right as we were getting ready to move from California back to Michigan COVID hit and everything stopped. We unpacked our things and stayed in California with me working remotely from my home office like almost everyone else in the world. During those two years, changes at Mahindra and also family dynamics led me to decide I needed a change in direction. I decided to retire at the end of September 2021.

I loved my 31 years in the auto industry, and there is a lot I look back on with pride. There are many people who taught me so much, and to whom I am eternally grateful. I wouldn’t be here without them.

Well, now that I have all this time on my hands, it’s time to bring the things I learned to a wider audience. So fire away! Ask your questions, and I will do my best to answer them. Anything car-related is fair game, so send your queries to askanengineer@autopian.com. Let’s do this!

I have been an automotive engineer for all 31 years of my career, mostly leading chassis design work. Some fun suspension projects I led: The 2005 Ford GT and 2012 Tesla Model S.
Read All My Posts »
PrevPreviousThe 2023 Toyota GR Corolla is Here to Kick Ass and Take Names
NextThe Only Luxury Convertible Delivery Van Ever Made Has A Fatal FlawNext