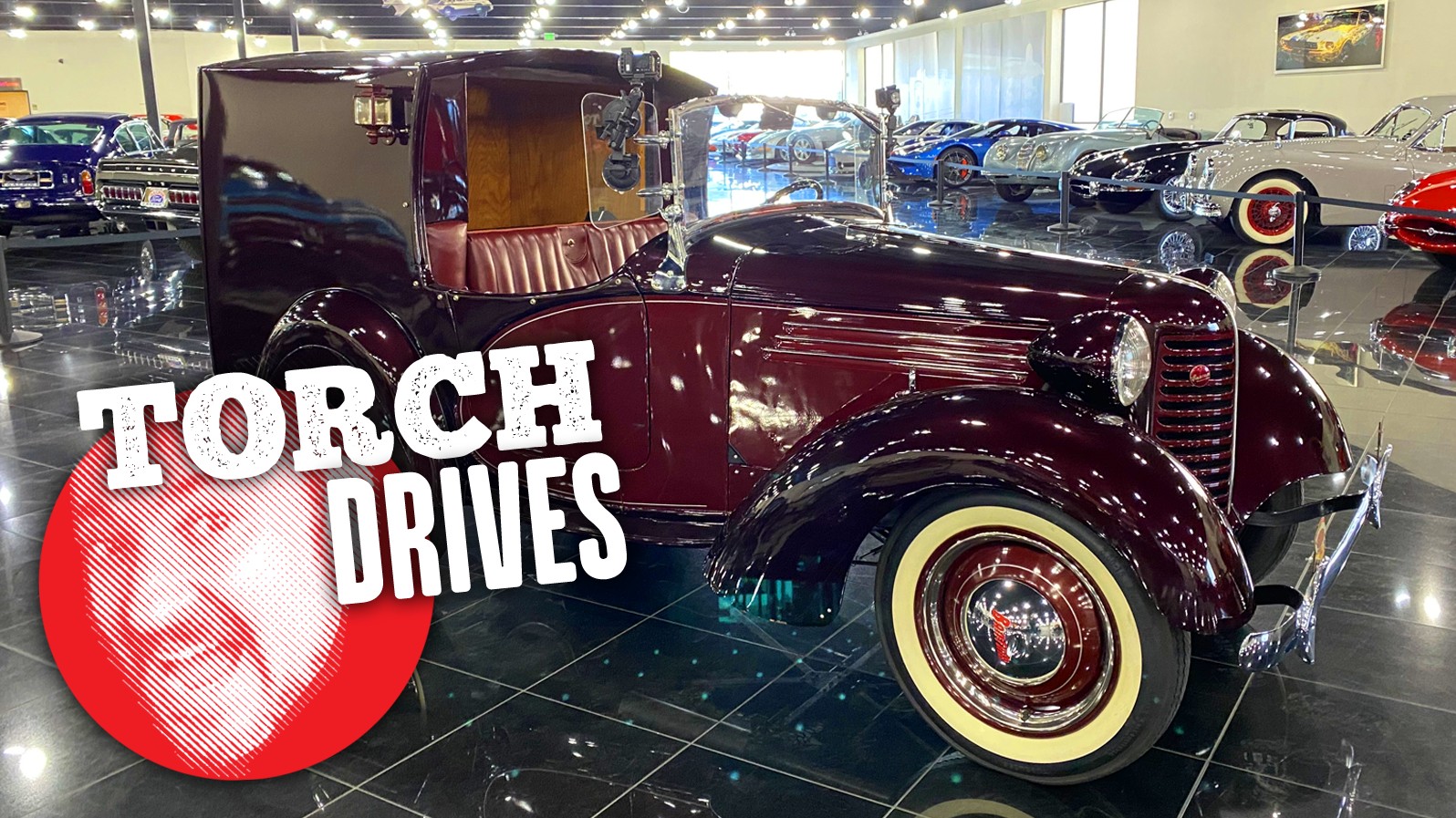 It’s odd to think about, but some car companies have managed to find so much success that they erase themselves from history. American Bantam is one of these companies. They started out as one of America’s earliest builders of small, economy cars, but their development of a car known as the Bantam Reconnaissance Car, which later evolved into the famous WWII Jeep, eventually eclipsed most of their other work. And that’s a shame, because some Bantams were truly fascinating, like this one I got to drive for our first Torch Drives episode, the Bantam Boulevard Delivery. It may be the only vehicle of its kind ever made, and it’s very charming and very strange.

The reason I say the Bantam Boulevard Delivery is the only vehicle of its kind ever made will become clear as I describe it: it’s a compact, luxurious, elegant, convertible delivery van. I’m fairly certain that peculiar combination of traits has never all been used to describe one vehicle.

Delivery vans, even small delivery vans, are by no means uncommon; Japan is crammed full of useful little Kei-class delivery vehicles, for example. But, none of those are convertibles. And, they sure as hell aren’t luxury-spec vehicles, and the reasons for that are a convertible, luxury, tiny delivery van is simply not something humanity has really expressed any need for, ever.

And yet here the American Bantam Boulevard delivery sits, defying all logic and reason.

It’s a charming thing, as all American Bantams were. They were derived from the British Austin Seven, which you can think of as Europe’s Ford Model T, just on a smaller scale. The Seven was wildly successful, and copies or license-built versions of it started some really big-name carmakers: BMW, Datsun, and, as we mentioned, Jeep.

In America, American Austin was established to build licensed Sevens, but the company went bankrupt. The pieces of the firm were resurrected as American Bantam, who changed the mechanicals and design just enough to avoid license fees.

Ukranian-American designer Count Alexis de Sakhnoffsky was responsible for the Bantam’s dramatic deco looks, which proved remarkably flexible, when you consider the number of body styles the little company made: 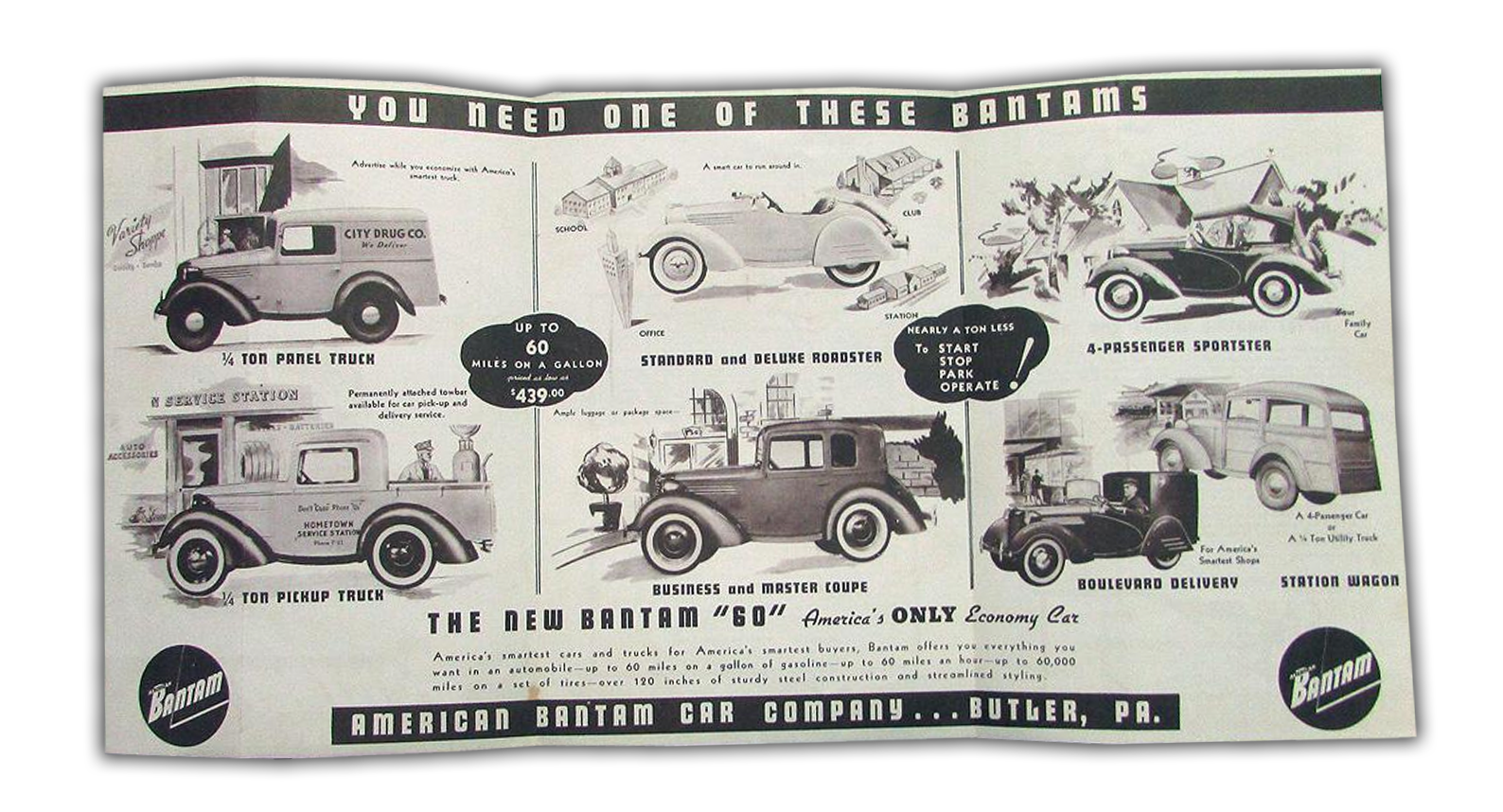 Down there in the lower right you can see this one, the Boulevard Delivery, in all its charming bafflement.

It’s baffling because it’s a delivery van with no good way to get anything in or out of it–arguably the entire reason delivery vans exist. There’s no rear or side door for cargo loading or unloading, even though we know Bantam was familiar with the concept of a “door,” as their other deliver vehicle design, the van-like Panel Truck, had a nice big one at the rear: 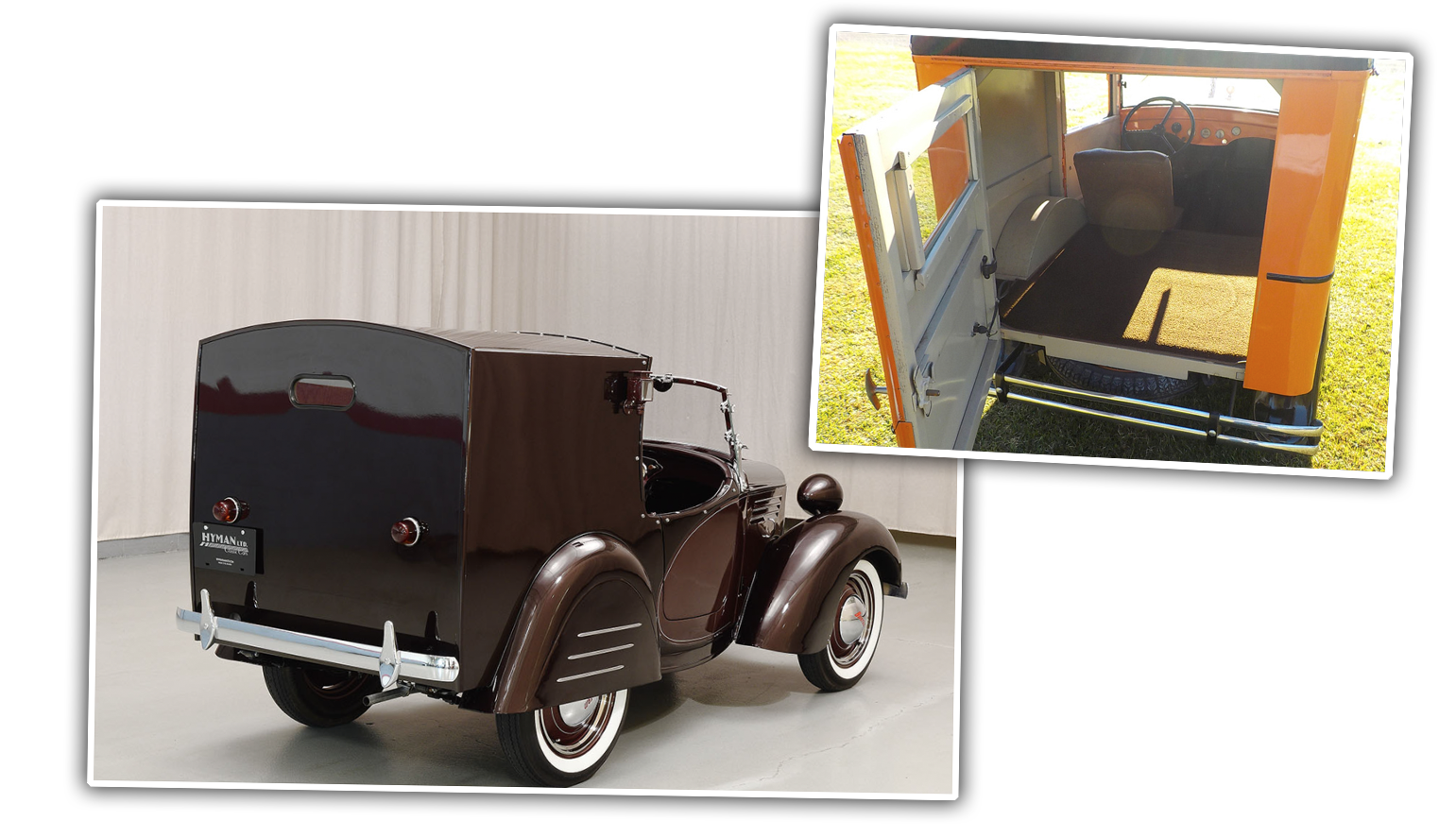 I fundamentally do not understand this lovely little enigma. What the hell was it for? If everything had to be loaded in, awkwardly, by flipping down the driver’s seat and the only way of locking up the cargo was via an absurd hand-cranked sliding panel, what exactly would one be delivering in this thing?

A handful of cupcakes? A couple throw pillows? A ceremonial tiara, perched on a satin cushion? I have no idea, but whatever it was, it needed carriage lights on the sides to do it.

It’s strangely fun to drive, as you’ll see in the video, and David and I manage to get it up to a screaming 30 mph, which took some doing.

I’d also like to point out that this new Torch Drives series will feature many, many more fascinating and ridiculous cars, and I’m delighted to say that the theme music was specially composed, just for this, by the composer of the Pokémon Anime series music.

I know. I can’t believe it, either.

I'm a co-founder of the Autopian, the site you're on RIGHT NOW! I'm here to talk to you about taillights until you cry and beg me to stop, which I absolutely will not. Sorry. Hug? Also, David's friend.
Read All My Posts »
PrevPreviousI Led The Design Of The Tesla Model S’s And Ford GT’s Suspension. Now I’m Answering Engineering Questions For The Autopian. Where Did I Go Wrong?
NextHow I Got My Navy Callsign By Shitting Myself In An F/A-18 Fighter Jet. Twice.Next