The end of an era is upon us as Bugatti is signaling the end of its famous W16 engine. But it’s not going out without a bang. Being showcased at The Quail, A Motorsports Gathering during Monterey Car Week is the Bugatti W16 Mistral, an open-top swan song to one of the wildest powertrains in recent memory. And before you ask, it’s already sold out.

If you’ve played a racing game, watched some Top Gear, or read some car news in the past 17 years, chances are you’ve at least heard of the wild work of Bugatti. I certainly remember watching Top Gear and its tests to see if the Veyron could really hit its incredible top speed of 253 mph. Part of the magic behind the speed is Bugatti’s legendary W16 engine. And like many awesome bits of history with Volkswagen AG brands, it comes back to Ferdinand Karl Piëch.

In 1993, Piëch took control of VAG. Under Piëch control, Volkswagen acquired names and marques like Bentley, Lamborghini, and Rolls-Royce Motors. It also developed the Lupo 3L, the Porsche Cayenne and the Volkswagen Phaeton. Volkswagen of this era was even developing the city car that would later be known as Smart, but dropped it in favor of the Lupo development.

As Volkswagen notes, Piëch also had his hands in powertrain and engine development. The company credits his help on the development of Audi’s Quattro system, TDI diesel engines, and the company’s straight five engine. But Piëch is perhaps best known for the W engine, a design that Volkswagen says came from the man himself.

The W engine’s journey began in an unlikely place: The Shinkansen express train running between Tokyo and Nagoya, Japan. In 1997, after a conversation with Karl-Heinz Neumann, then head of powertrain development at Volkswagen, Piëch grabbed an envelope and sketched out an idea that had been rolling around in his head for some time. The six-cylinder VR6® engine was in wide use by Volkswagen by the mid-90s; its uniquely offset cylinder banks made it compact enough to fit transversely even in small cars like the Volkswagen Golf. By marrying two of the relatively narrow engines in a further “V,” a compact 12-cylinder could be made. The offset cylinders of the merged VR6 engines formed a “W,” and the nomenclature was born.

And the W engines that came out of the other end were part mind-boggling, part pure madness. One design was a 555-horsepower, 6.25-liter W18, an engine consisting of three VR6 engines smashed together. There was only one problem, and it’s that Piëch couldn’t find a place for this engine. As it happens, Bugatti was for sale, and Piëch sought to restore the marque’s fame, using the engine as a centerpiece. 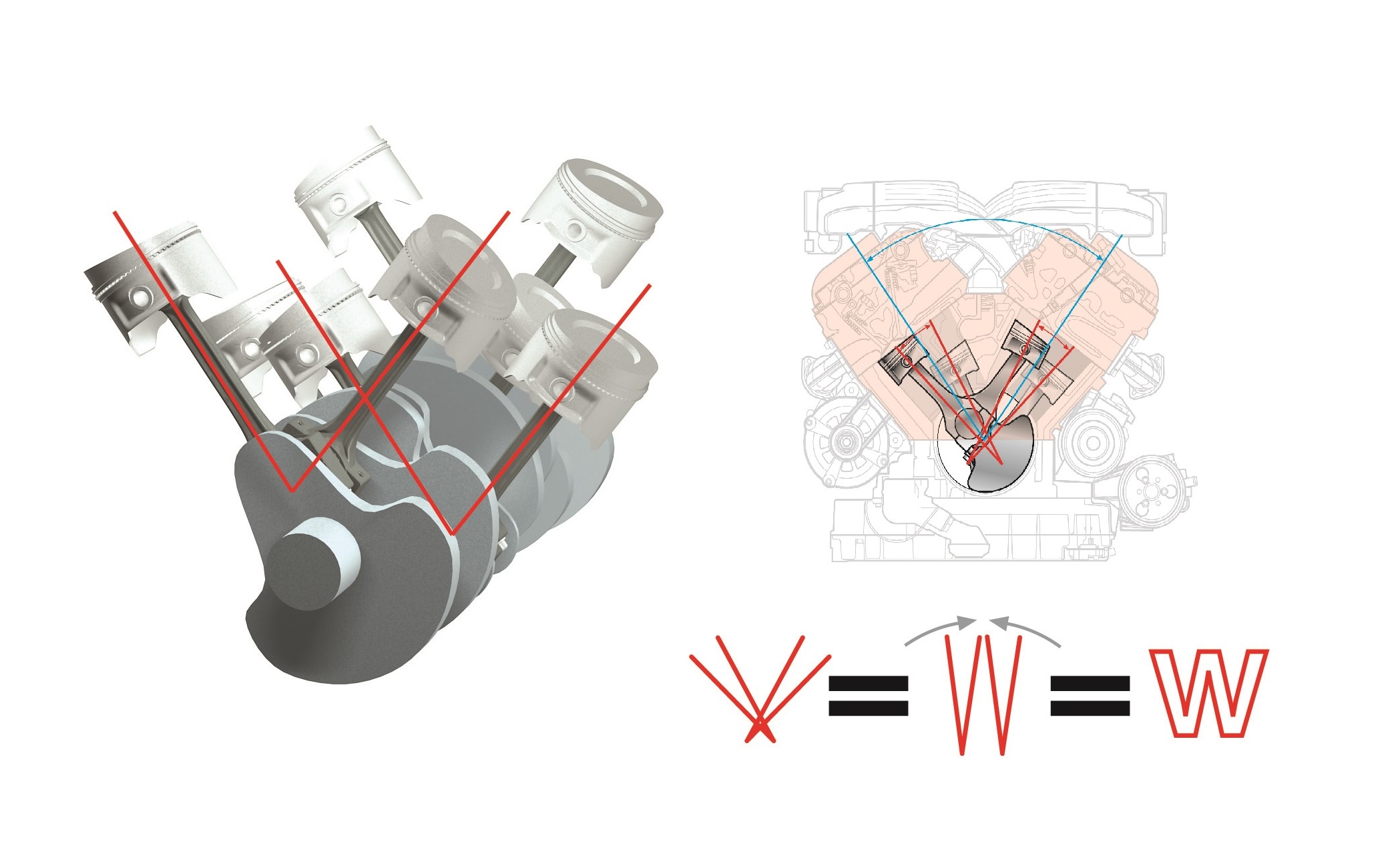 Bugatti would soon put out prototypes sporting the 18-cylinder beast before landing on a production car, the Veyron 16.4. The engine lost two cylinders on its way to a production vehicle, but gained four turbos and output was rated at 987 horsepower. Ignoring the blistering top speed, the Veyron was incredible just for what it took to keep it running. It had 10 total radiators serving the vehicle’s various systems.

The W16 has remained at the core of Bugatti ever since, and has only gotten more powerful over the years. But the party is coming to an end, and we were warned about it back in 2018. Then Bugatti CEO Stephan Winkelmann said that the W16 found in the company’s cars would be the last, noting that legislation would eventually force radical steps. Back then, Winkelmann talked about hybridization as a way to reduce emissions.

According to Bugatti Rimac CEO Mate Rimac, the end of the road has come. And the company has decided that the roadgoing W16 will go out in a roadster:

“For the final roadgoing appearance of Bugatti’s legendary W16 engine, we knew we had to create a roadster. Well over 40% of all Bugatti vehicles ever created have been open-top in design, establishing a long lineage of performance icons that – to this day – are revered the world over.”

That car is the W16 Mistral, a roadster named after a wind that blows from the Rhône River valley, through France’s Côte d’Azur, and into the Mediterranean.

For a reminder, that’s the same engine that took a Chiron to 304.773 mph back in 2019. That run managed to spark some comments from John Hennessey, who thought that the Bugatti had to be making more power than advertised.

While this car is based on the Chiron, Bugatti says that it did more than just cut the roof off. Instead, the monocoque has been reformed to work without a roof while still providing the strength expected from a Bugatti. It also gains a new design for the front and the rear, with the front being particularly striking. A set of stacked daytime running lights run up the front, and a giant wing-shaped taillight forms the rear. I wouldn’t call it beautiful, but I do find myself staring at those lights.

As for the roof, well, it doesn’t really have one. Bugatti says that the car comes with a clip-in panel that should at least keep things dry in the rain. Top speed is expected to be at least 260 mph, and Bugatti is hoping for it to become the world’s fastest convertible.

If you’re reading this and are about to grab your bank-sized wallet, I’m afraid to say that you’re already too late. Bugatti is building just 99 of them and each costs $5 million. All of them have already found a buyer. So maybe you’ll see one at a car show someday.

Admittedly, I expected the W16 to go out in a bigger blaze of glory, but this will work. What Bugatti’s future looks like from here on out is unclear. In an era where tough emissions regulations and ICE sales bans loom in the future, it’s probably safe to say that we’ll see some electrification experimentation. But for now, the W16 is enjoying its swan song.

Mercedes is a lifelong fan of all things powered by an engine. When she isn't driving one of her five Smart Fortwos or her 14 other vehicles she could be found in the cockpit of a Cessna 172 or perhaps swimming in any body of water that she could find. She also has a deep love for buses of all kinds. Please send her buses. mercedes@theautopian.com Instagram: @mistymotors Twitter: @Miss_Mercedes30 Facebook.com/neonspinnazz
Read All My Posts »
PrevPreviousThe Koenigsegg CC850 Is A Throwback Hypercar With An Insane Gated Gearbox Made For People Who Really Love Driving
NextThe Electric Lucid Air Sapphire Is Here To Rearrange Your Spleen On The Way To 200 MPHNext