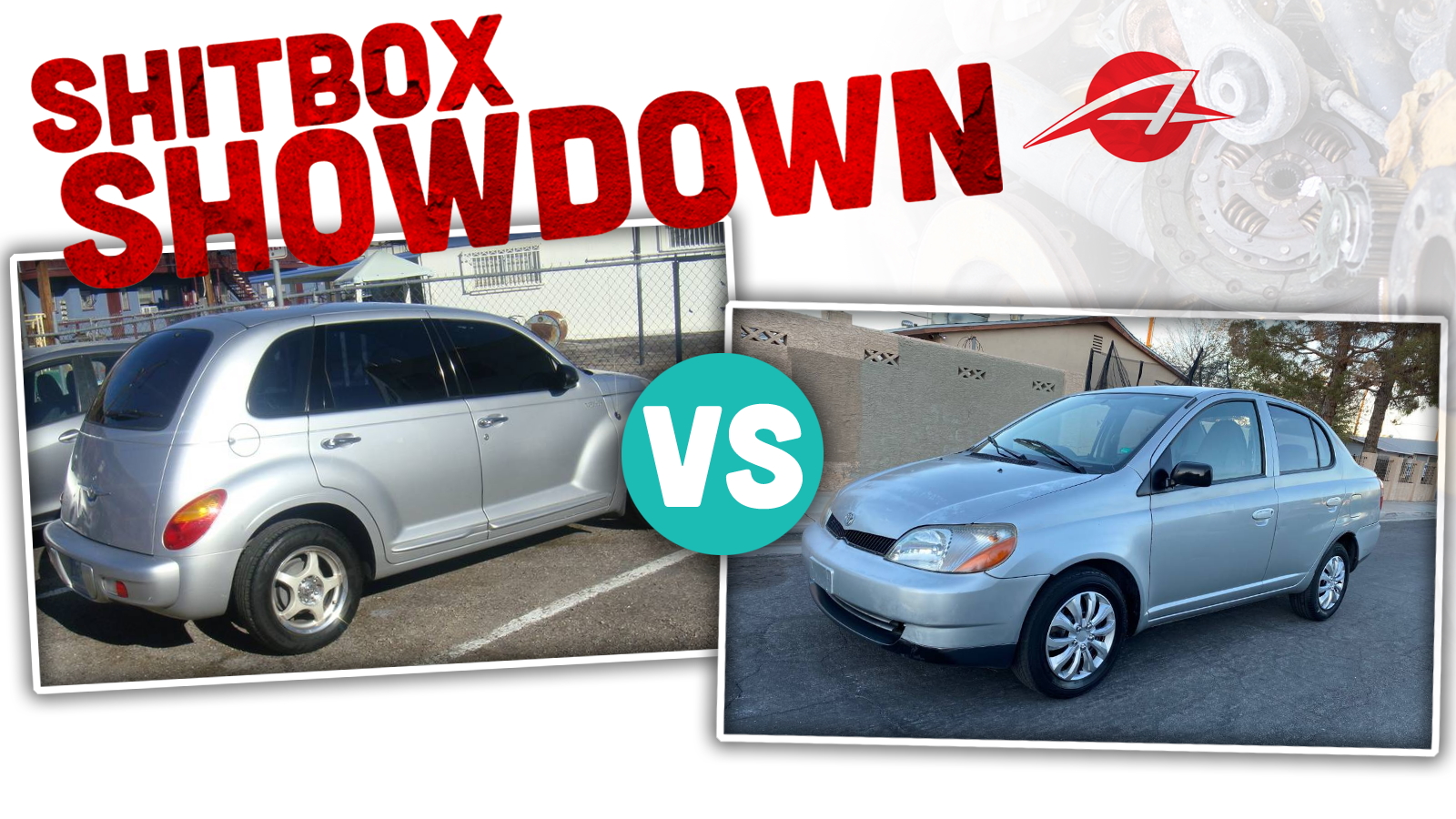 Welcome back to Shitbox Showdown, I love you. Today, we’re looking for virtue in Sin City as we take to Las Vegas in search of some sensible cars. Before we get into that, let’s check in on how our family-friendly battle from yesterday went. 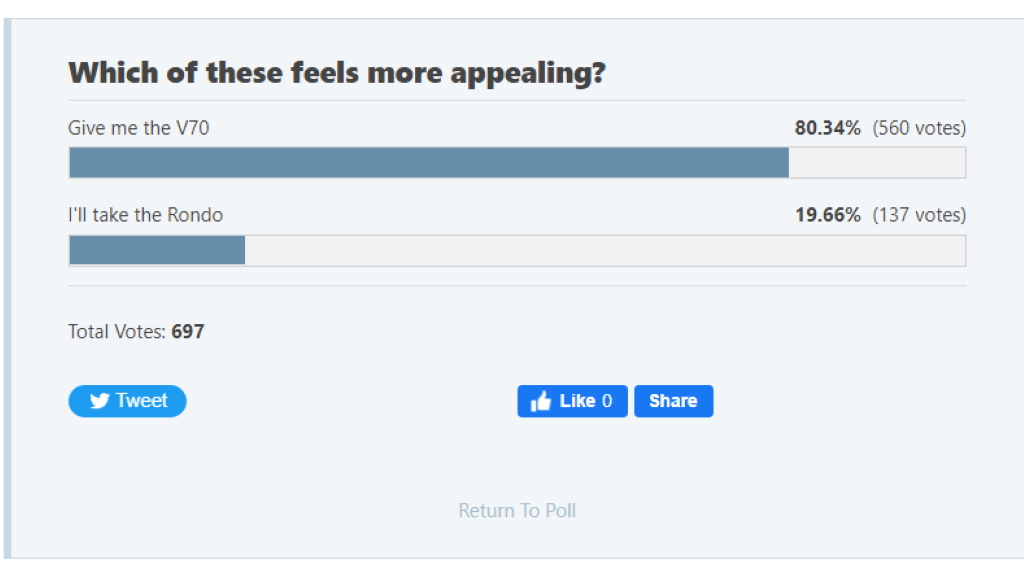 And the V70 has smashed it out of the park in a rare victory for unreliable European tin over sensible transportation. Don’t get me wrong, I like the Volvo as much as anyone, but those Rondos have a good track record. Plus, it’s a car that sort-of shares a name with my favorite Ontario Provincial Park. Anyway, on to today’s event, two very sensible cars from a city that isn’t sensible at all. Let’s see what we’re working with. 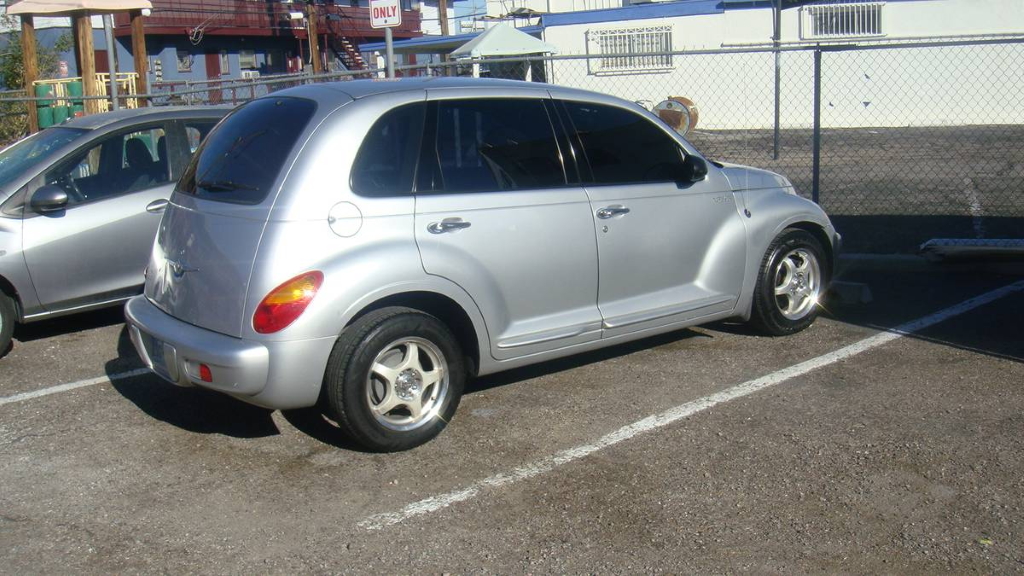 If you need a reasonably economical car with a lot of interior room for not a lot of money anywhere in America, it’s hard to do better than a PT Cruiser. These things may represent the ugly side of postmodernism from a styling perspective, but they’re reasonably reliable, cheap to fix, and incredibly practical. 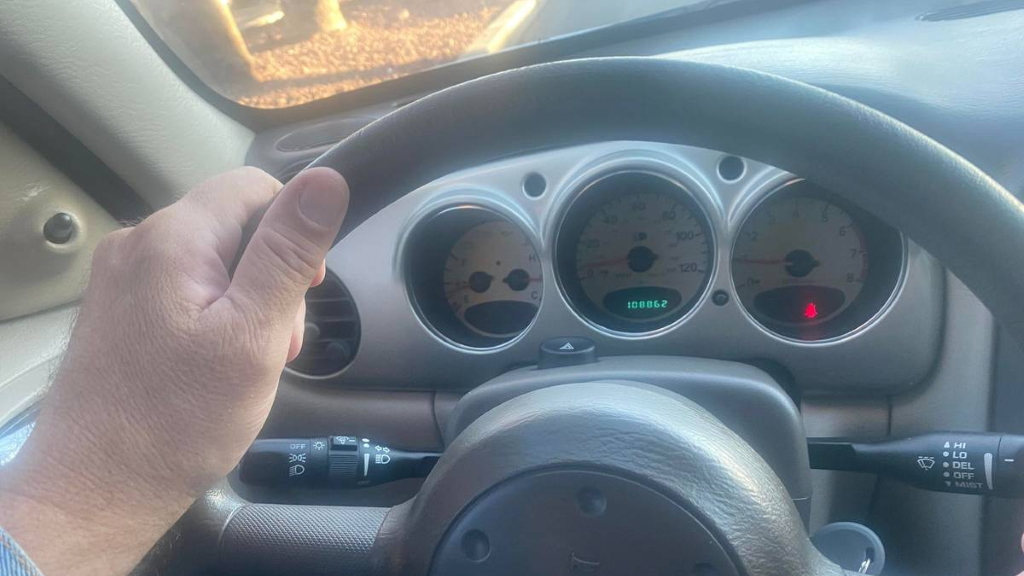 Under the hood sits a 2.4-liter Tritec engine making 150 horsepower, a perfectly cromulent number for a vehicle this size. Granted, the four-speed automatic isn’t the most inspiring choice in the world, but that’s often the path cheap cars take. Still, this one appears to have no engine-related lights on the dashboard, generally a good sign in a cheap car. 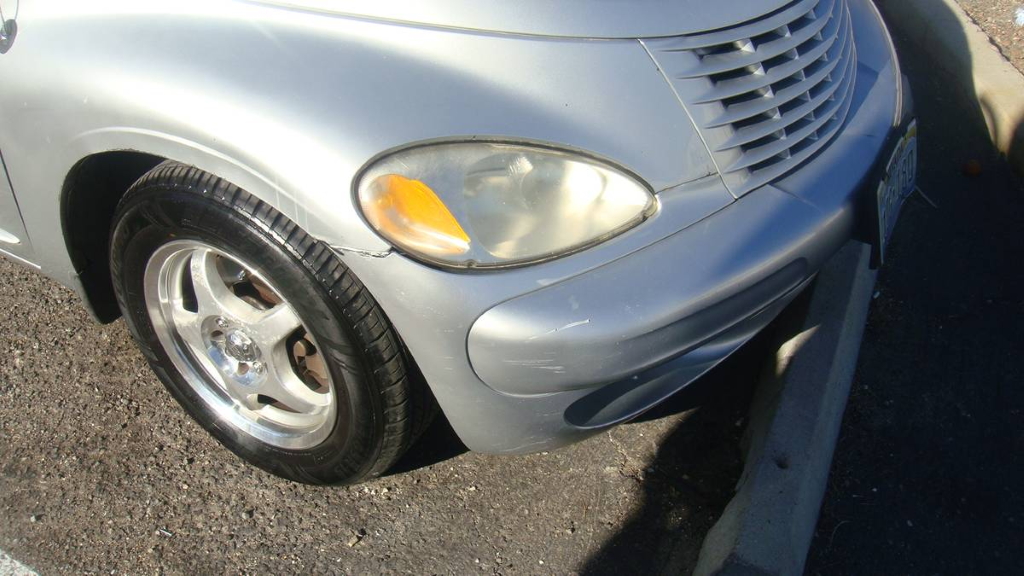 The styling of the PT Cruiser is often mocked, although whether rightly so or not depends on perspective. For better or worse, it’s a generational statement. What’s old became new, only to become old again. Most retro cars are in a perpetual state of aging, and the PT Cruiser is no exception. Still, let’s focus on condition rather than design here. This PT Cruiser does have its fair share of dents, but it looks fairly solid thanks to a life in dry, sunny Nevada. 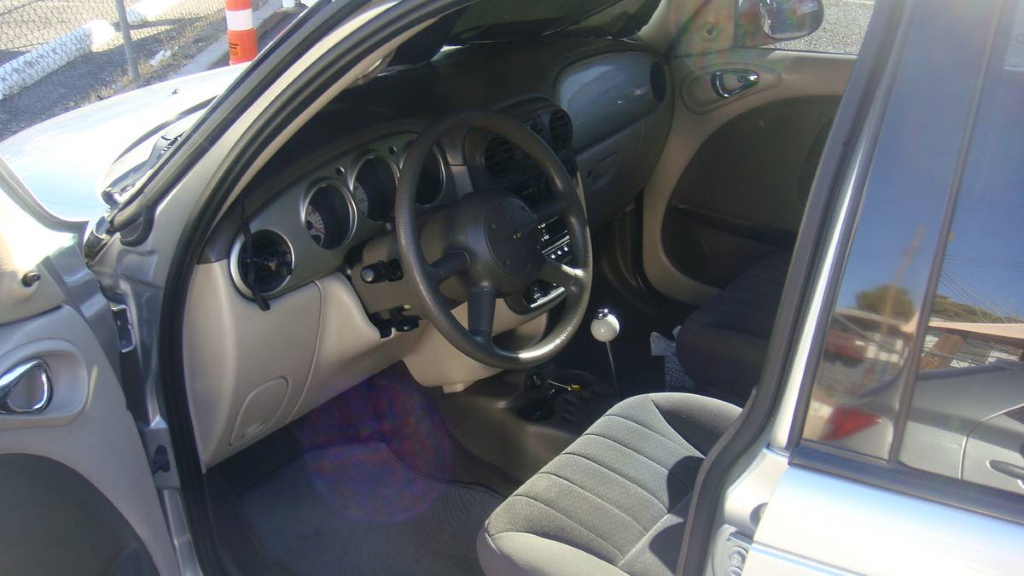 On the inside is where the PT Cruiser impresses, with a level of forethought and pragmatism uncommon in compact cars of the time. The rear seats could fold, flip, or lift out completely, while the cargo cover doubles as a table. Sure, this PT Cruiser is missing a knob for the fader, but its interior seems fairly tidy otherwise. 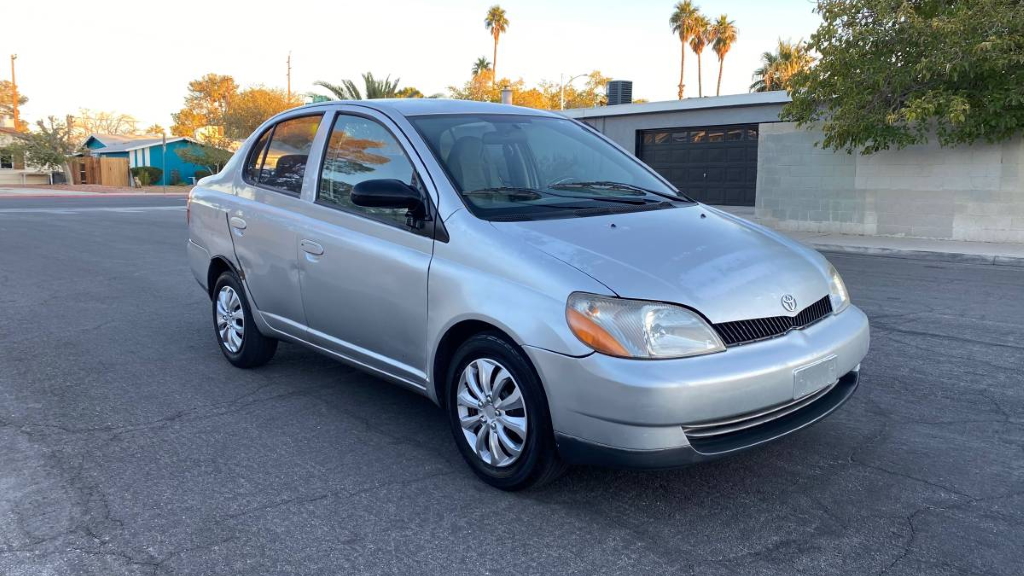 Welcome to what might be the best best entry-level car Toyota’s ever made. That’s a controversial statement, but the Echo has the stuff to back it up. It emerged at a time where cars were arguably at their most reliable, with a great balance of durability and simplicity. It also adopted a radical form that’s now seen in every subcompact car today: The Echo got tall. More on that in a bit. 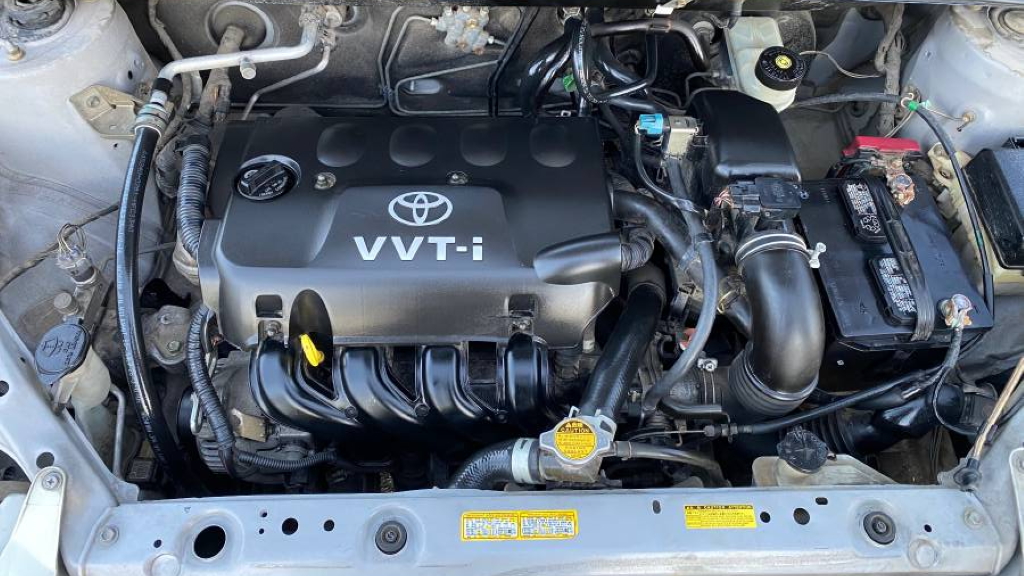 Powering the Echo is Toyota’s bombproof 1NZ-FE 1.5-liter four-cylinder engine, good for 108 rampaging horsepower. It’s not a huge number, but it’ll stand until the end of time. Although the four-speed automatic gearbox does its best to dampen the Echo’s pace, it’s also quite reliable.

As for styling, the Echo is positively adorkable. Once described by Car And Driver as “a hippo in roller skates,” its tall styling and mischievous grin has aged well when you considering how pretty much every subcompact car since has adopted its tall form factor. Granted, I think this particular Echo was sideswiped at some point, judging by the massive dent in the right rear door and the passenger-side mirror from a completely different car, so maybe this example hasn’t aged the best. 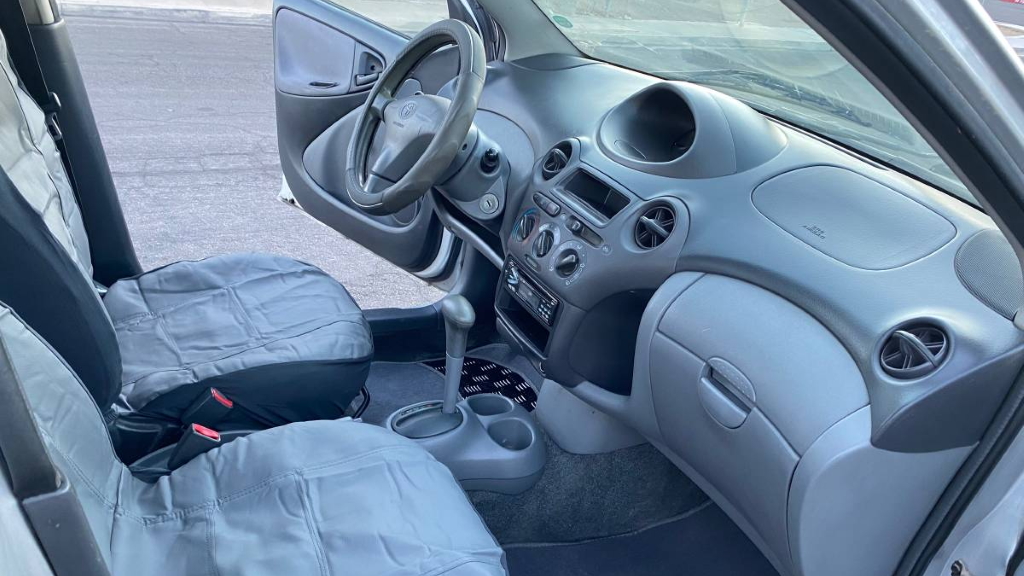 That tall form factor pays dividends on the inside of the Echo, where you find space galore. Not only is there plenty of headroom and legroom on tap, this little car offers an incredible array of storage cubbies. Dual gloveboxes, bins on either side of the center stack, a shelf under the steering column, just so many places to put stuff. While I’m suspicious of the condition of the front seats under those covers, this looks like a reasonable place to spend some time upon first glance.

So there we are, two fairly economical cars in the city of sin. One offers Japanese reliability, the other features immense cargo flexibility. As ever, choose carefully.

This One-Off 1993 Chrysler 300 Concept Car Built By ASC Was Probably Mind-Blowing When It Came Out; Now It’s For Sale And It’s Not That Expensive

Thomas is a Nu Rave-blaring, heel-toe downshifting, maple syrup-swilling, chassis-geeking, junkyard parts-hauling, floppy-haired scenester who's been writing about cars since college. His current ride is a 2006 BMW 325i with the six-speed manual gearbox. Instagram: @thomas.hundal Twitter: @thomashundal
Read All My Posts »
PrevPreviousThis EV-Converted, 500 HP Porsche 964 Is Ready To Conquer America
NextLucid Gets A Big $915 Million Boost From The SaudisNext