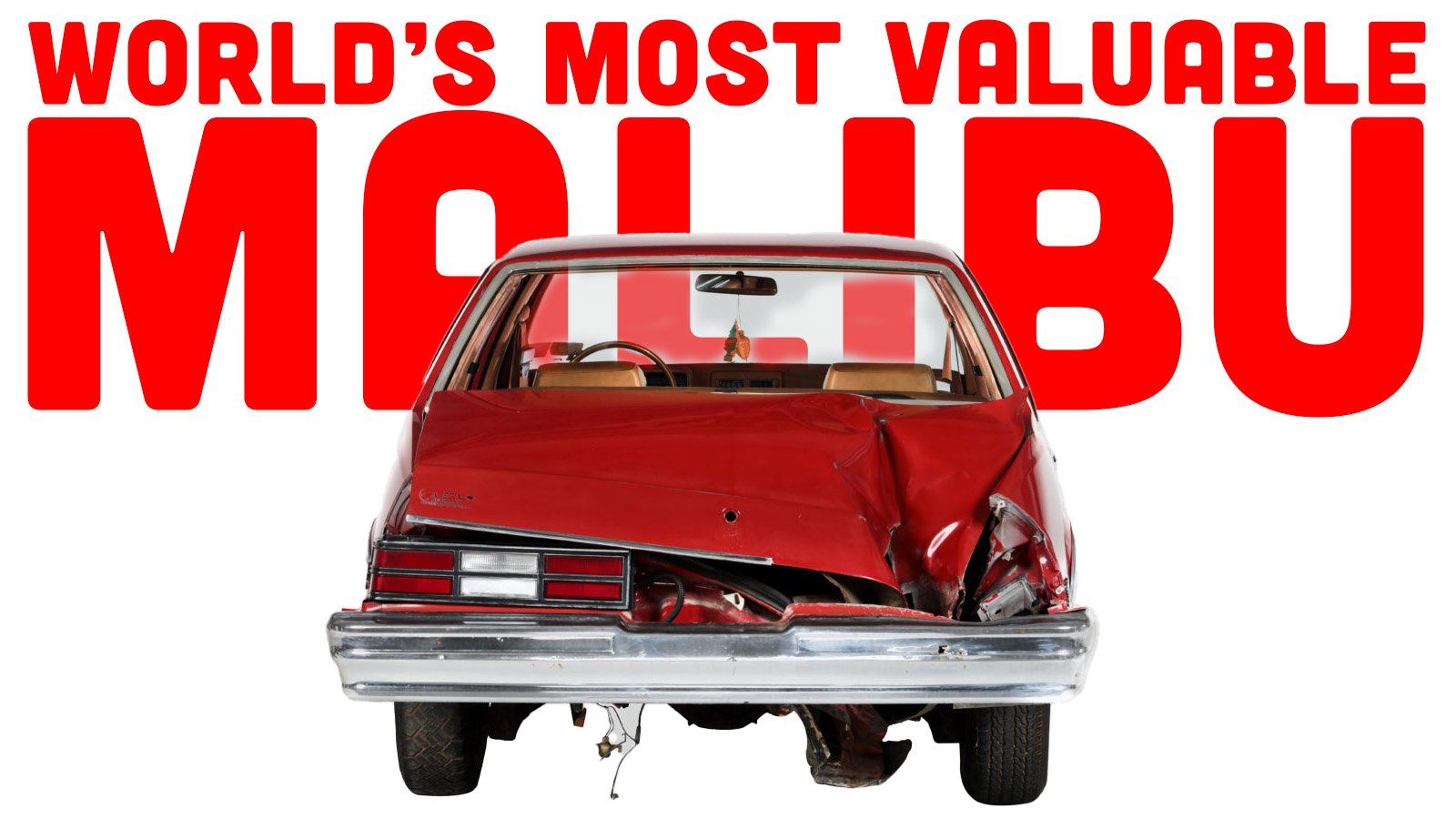 What would you pay for a banged-up Chevy Malibu? Not a cool Malibu, mind you, but a 1980 Malibu, after they’d been all boringed-up by the crack team of enboringificators GM employed so lavishly in the 1980s. My guess is it’s probably well under, oh, $2,000. See that 1980 Malibu up there, with the pretty severe rear-end damage? Well, that very car is insured for over a million dollars, and has been exhibited all over the world. Normally, the only way that insuring that car for a million dollars would make sense is if it had $1,000,015 stashed inside it somewhere, which I can tell you it does not. What it does have is either incredibly good or bad luck, depending on how you look at it, and a simple yet dramatic story. I better explain.

Want a hint? Look at the damage on that Malibu. Note how the bumper is pretty much intact, but the trunk lid is a mess. What would cause damage like that? Hm. 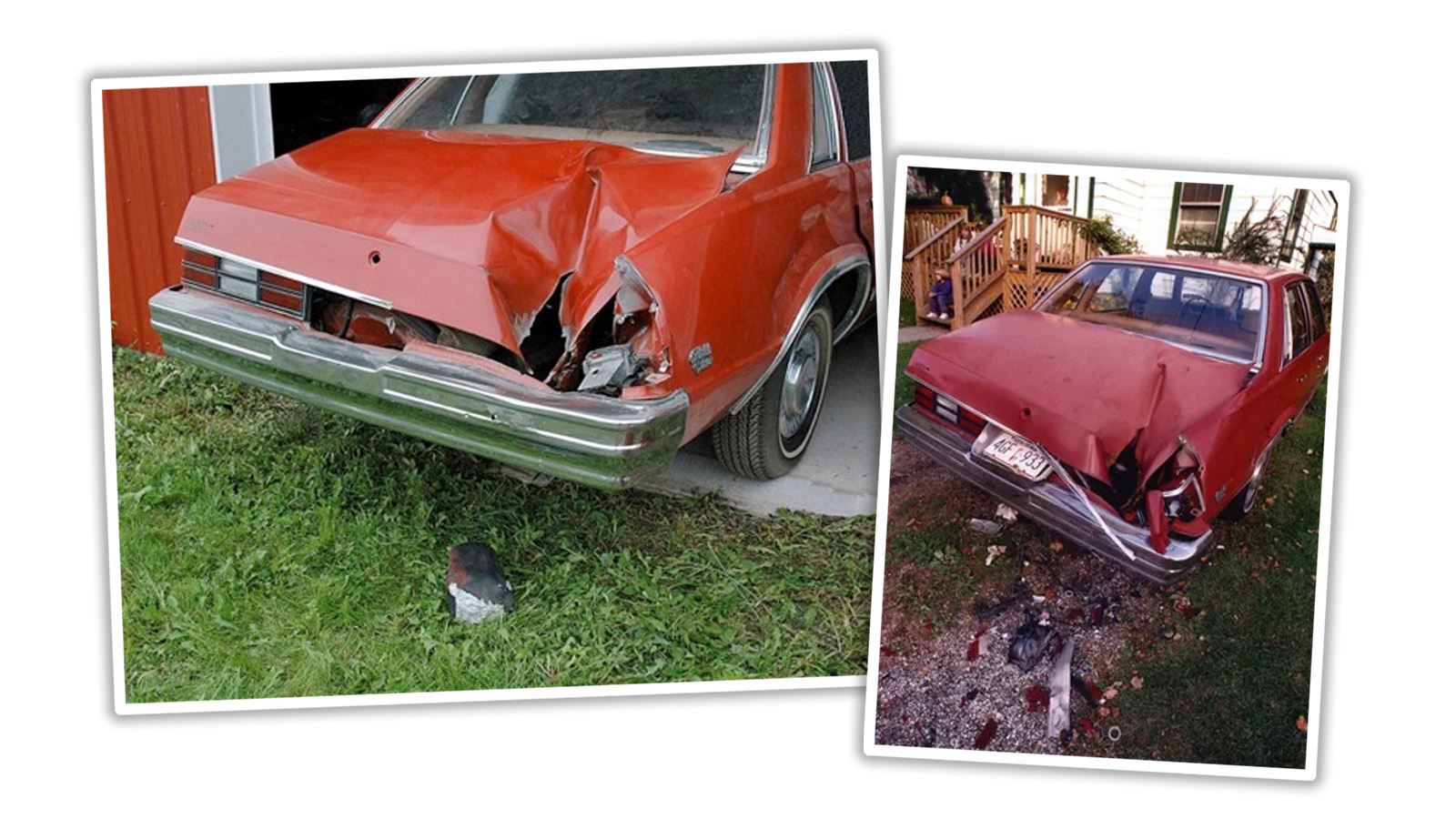 This Malibu is the famed Peekskill Meteorite Car.

Maybe I’m not traveling in the right space rock circles, but somehow I’ve managed to not hear about this remarkable Chevy until now, the only automobile in human history to be directly struck by a meteorite. That meteorite was the 26.5 pound chunk of space rock that landed in Peekskill, New York on October 9, 1992, punching its way through the trunk of that Malibu, narrowly missing the fuel tank, and exiting through the bottom to carve out a crater below the car. 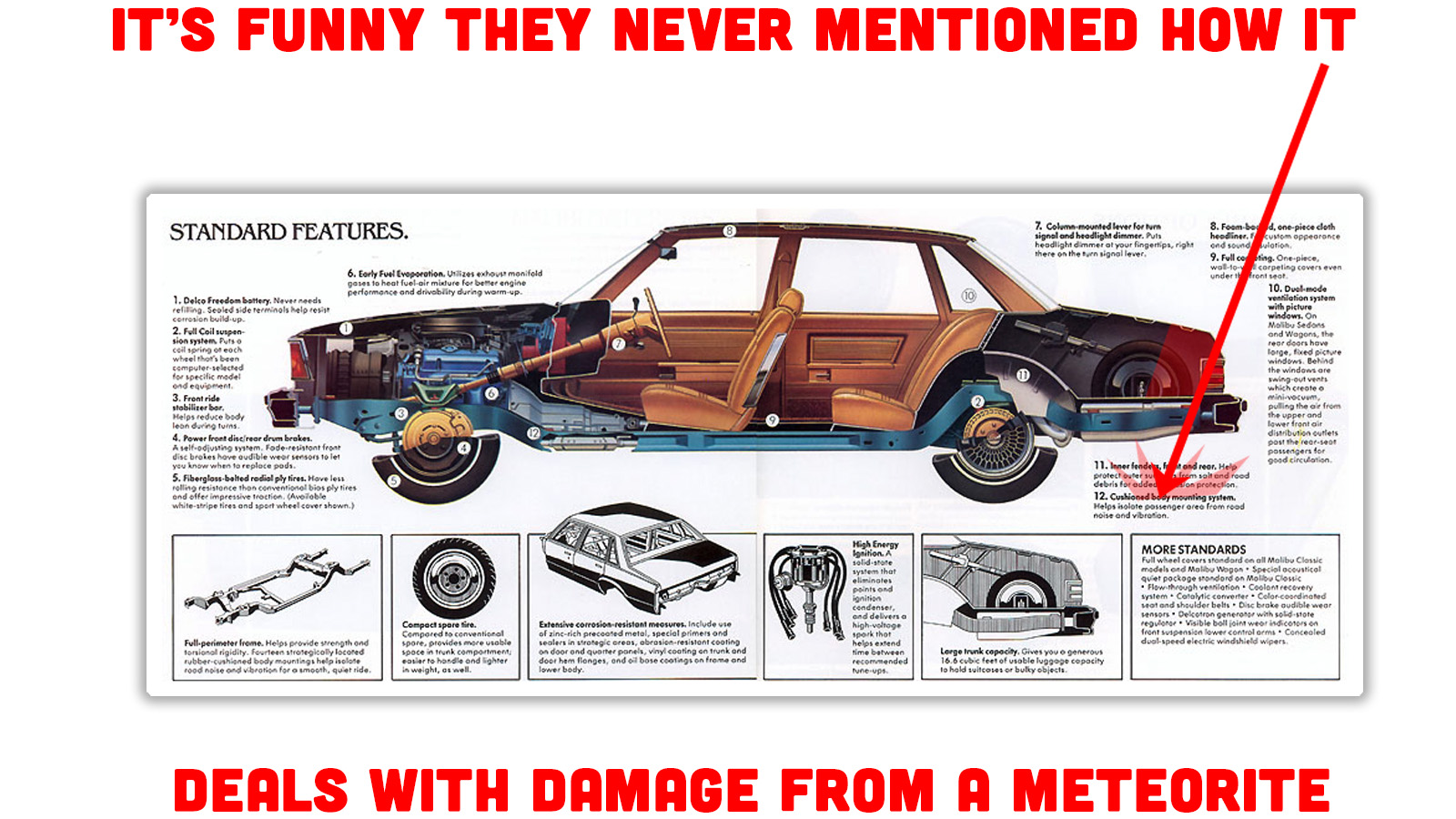 What’s especially remarkable about the Peekskill Meteorite, classified as an H6 Chondrite and which was going about 180 mph when it impacted the car, significantly slowed down from the 25,000 mph it was traveling before impacting the Earth’s atmosphere, is that it entered the atmosphere at the right time and place so that it coincided with a number of high school football games, which means that, incredibly, there were multiple people with camcorders who were able to capture the meteorite’s entry on video.

At least 16 different locations captured the meteorite on video, giving scientists a relative wealth of data with which to calculate the meteor’s likely orbital path and entry vector.

Look, here’s a bunch of science: 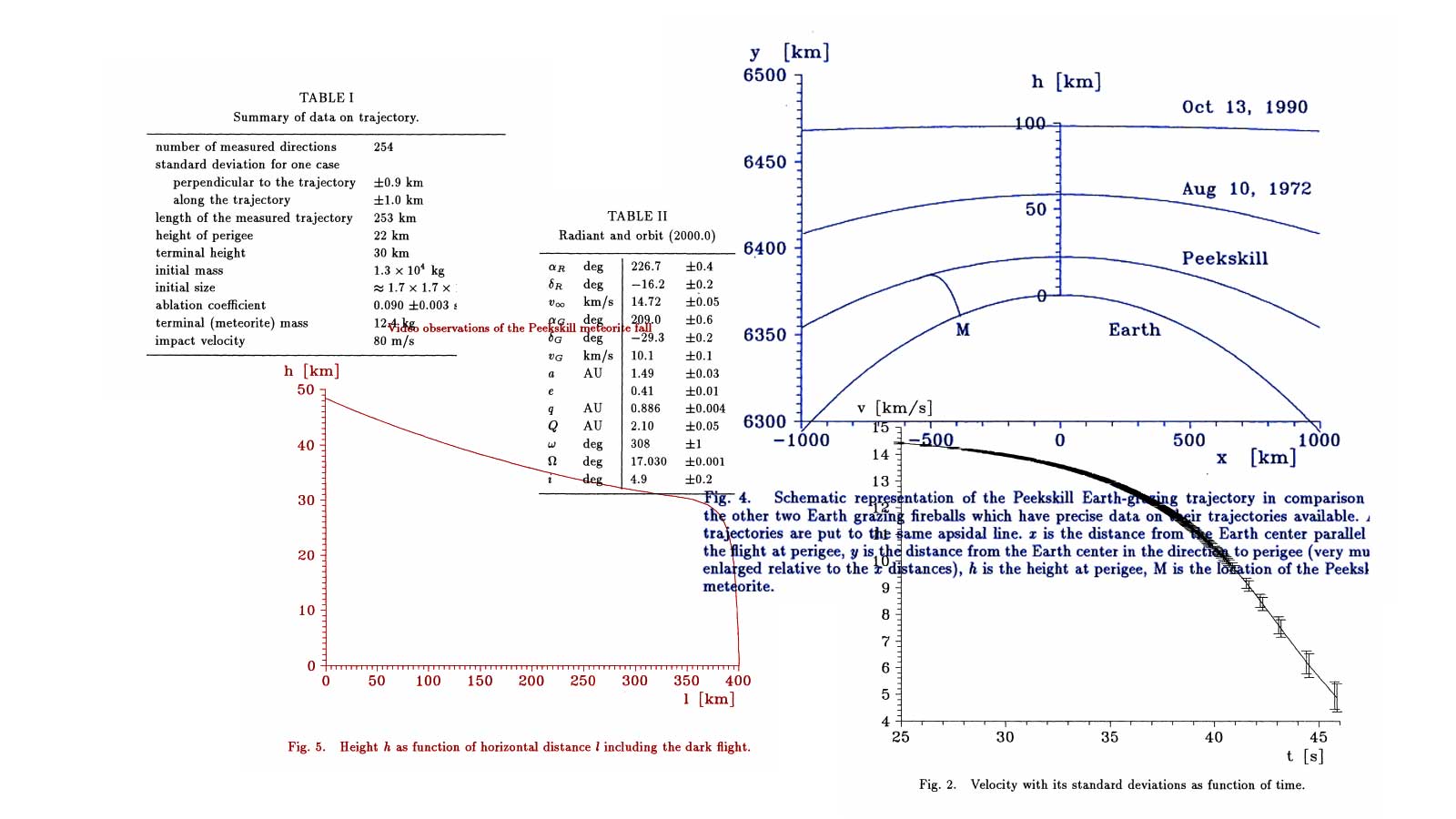 Hoo boy, that’s some science right there! Also interesting is the computed orbital path of the meteor, which seems to have been an inner solar system object with a heliocentric but eccentric orbit that took it past the orbits of Mercury and Venus before finally smacking into Earth, the only planet where both Chevy Malibus and Fruit Roll-Ups are made. Check it out for yourself! 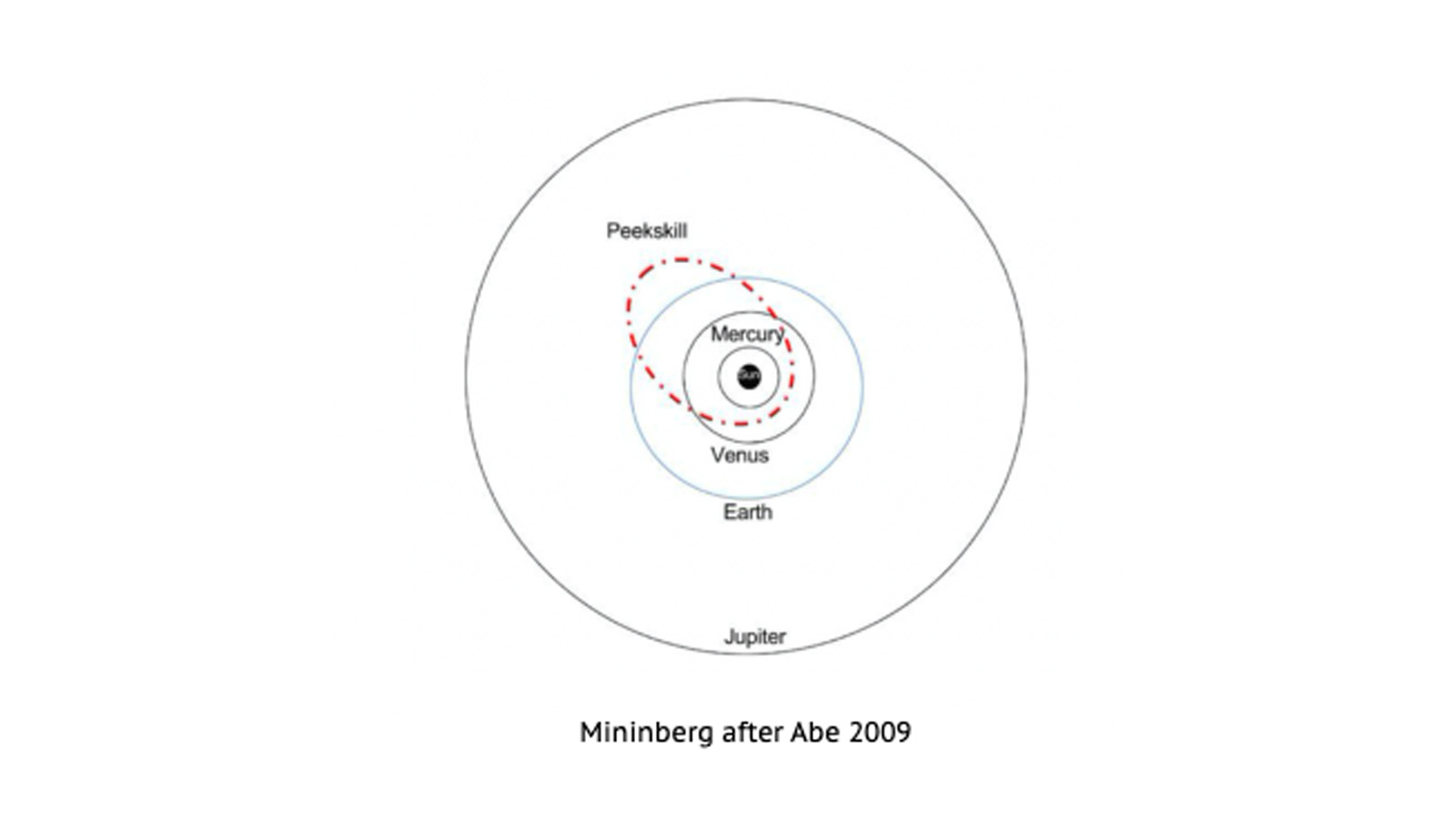 The meteorite itself has been recovered and studied extensively, and, when sliced, looks like some sort of exciting, moldy-strong cheese: 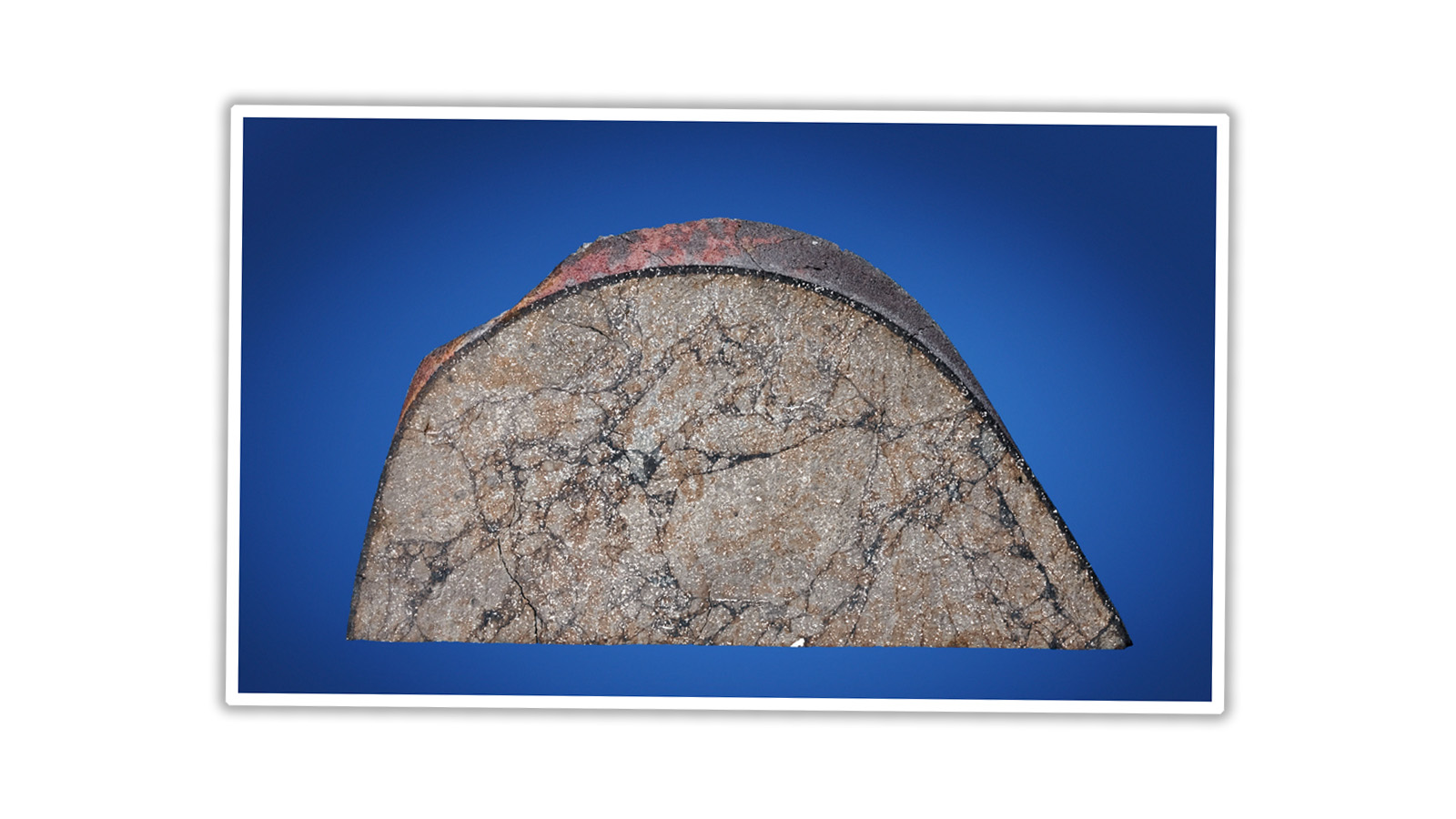 The Malibu was owned by an 18-year-old Michelle Knapp, who bought the car for $400 from her grandmother. After hearing what sounded like “a three car crash,” Michelle went out to survey the damage, and initially thought that vandals had caused it:

Michelle called the Peekskill police who initially reported this as an act of vandalism. It was a neighbor who reasoned that vandals can’t throw rocks through cars and surmised that the rock was from outer space.

That neighbor did some top-notch forensic work there, surmising that your average vandal isn’t normally able to “throw rocks through cars,” which is one of those details of life I think we should all be more grateful about. The car was sold to Iris Lang, wife of meteorite collector Al Lang, for $25,000, which is a pretty good deal for a damaged 1980 Malibu, especially in early ’90s money.

Of course, when you realize that a broken taillight bulb and the car’s original title sold for $5,312 at auction, the big money starts to make more sense. Also, I suspect that may be the most ever paid for a taillight bulb, too. I bet it was an 1157.

The car has been exhibited in science museums all over the world, and even once was part of an art installation in the UK and New York by Los Angeles-based artist Mark Hagen in a work called Guest Star. 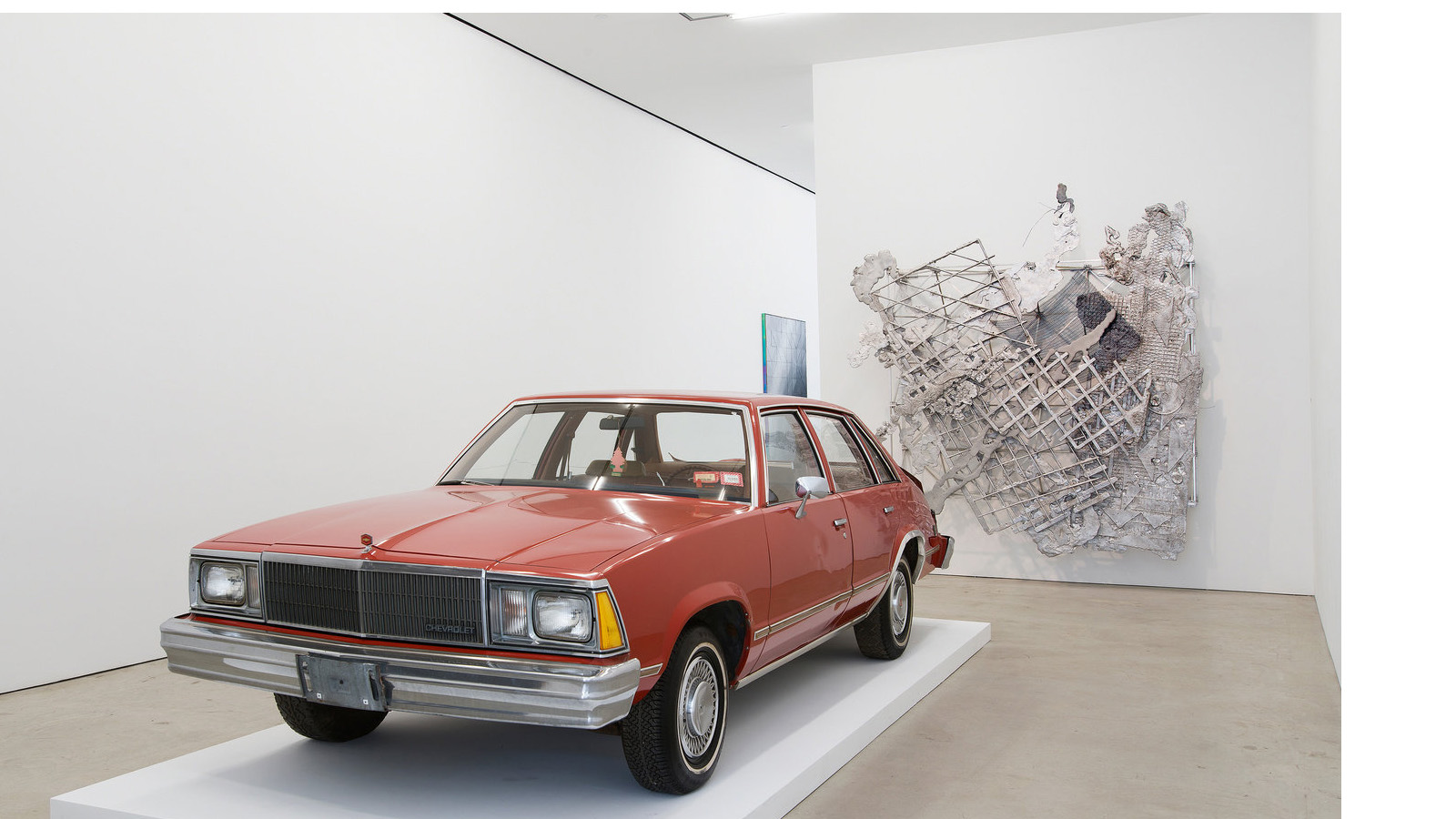 You know, looking at the Malibu from this angle, I’m struck by what great shape the rest of the car is in, aside from the hole punched through the back by the lump of iron and silica from space. That’s a clean Malibu!

This has to be the most valuable 1980 Malibu in the world, perhaps the known universe. And its value is entirely because of chance, a value imbued by a wild sort of improbability, literally the kind that has become the cliché for an unlikely event: getting hit by a meteorite.

I think the takeaway here for all of us owners of maybe not-so-valuable cars is to not garage your cars, lest you miss out from the proven value-enhancing plan of letting your car get walloped by a space rock.

I'm a co-founder of the Autopian, the site you're on RIGHT NOW! I'm here to talk to you about taillights until you cry and beg me to stop, which I absolutely will not. Sorry. Hug? Also, David's friend.
Read All My Posts »
PrevPreviousAfter Years Of Torment, The $1 Oldsmobile From Hell Is Mercifully Helping Me Move Out Of Michigan. But I’m Skeptical
NextWhy Electric School Buses Are The Perfect Application Of Current EV TechnologyNext