This EV-Converted, 500 HP Porsche 964 Is Ready To Conquer America 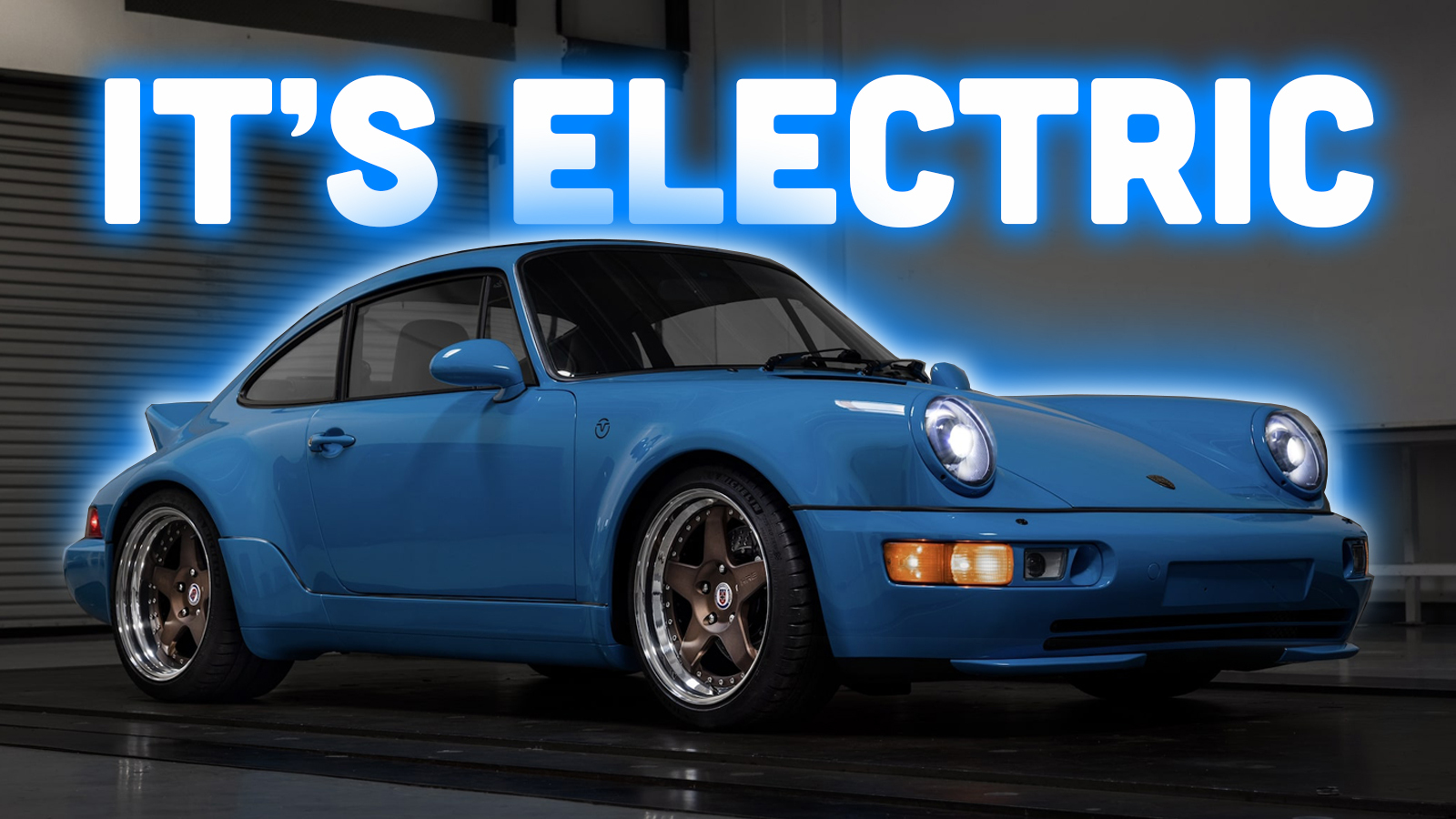 One very smart guy I know in the electric and autonomous vehicle space jokingly refers to early EV conversion jobs as “art fair cars.” You know, these little garage-homebrew jobs driven by people who go to a lot of art fairs, purify their own rainwater, voted for Ralph Nader on not one but several occasions, still mourn the loss of their GM EV1 and occasionally drive an EV-converted Volkswagen Beetle with 22 miles of range when they don’t feel like hypermiling their 2008 Honda Accord Hybrid that day. But this Porsche, my friends? This is no art fair car.

This is a Porsche 911 “Signature” from UK-based EV conversion firm Everrati, which is a fancy way of saying it’s a 964-generation 911 widebody given a very serious gasoline-free upgrade. Think something along the lines of Icon, or maybe even Singer, but in this case, it’s all batteries, all the time. 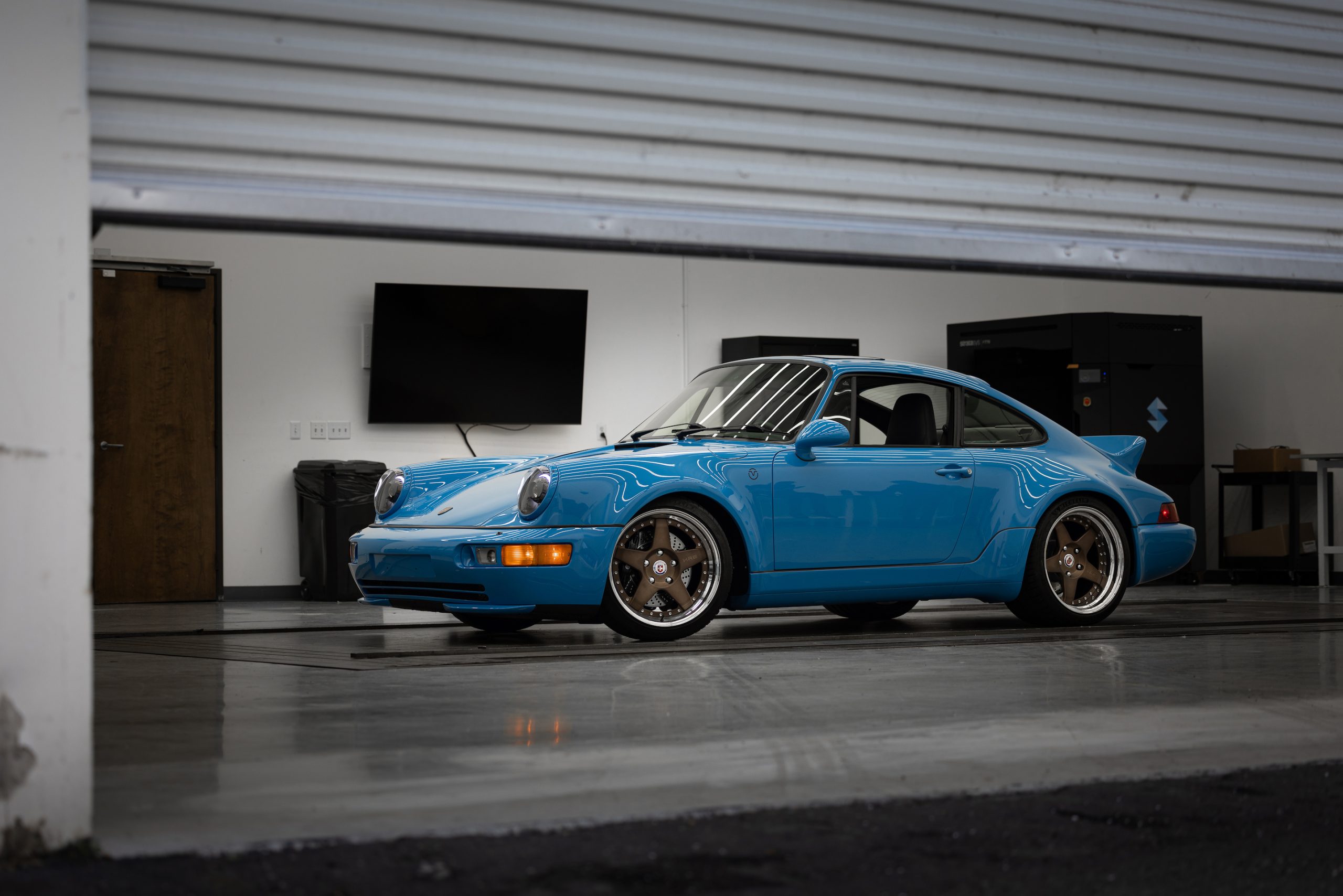 And this particular “Mexico Blue” model is notable because it’s Everrati’s first U.S.-spec 911, designed to meet what the company calls “surging demand” in its cars. Those first U.S.-built 911s are now ready for customer delivery. 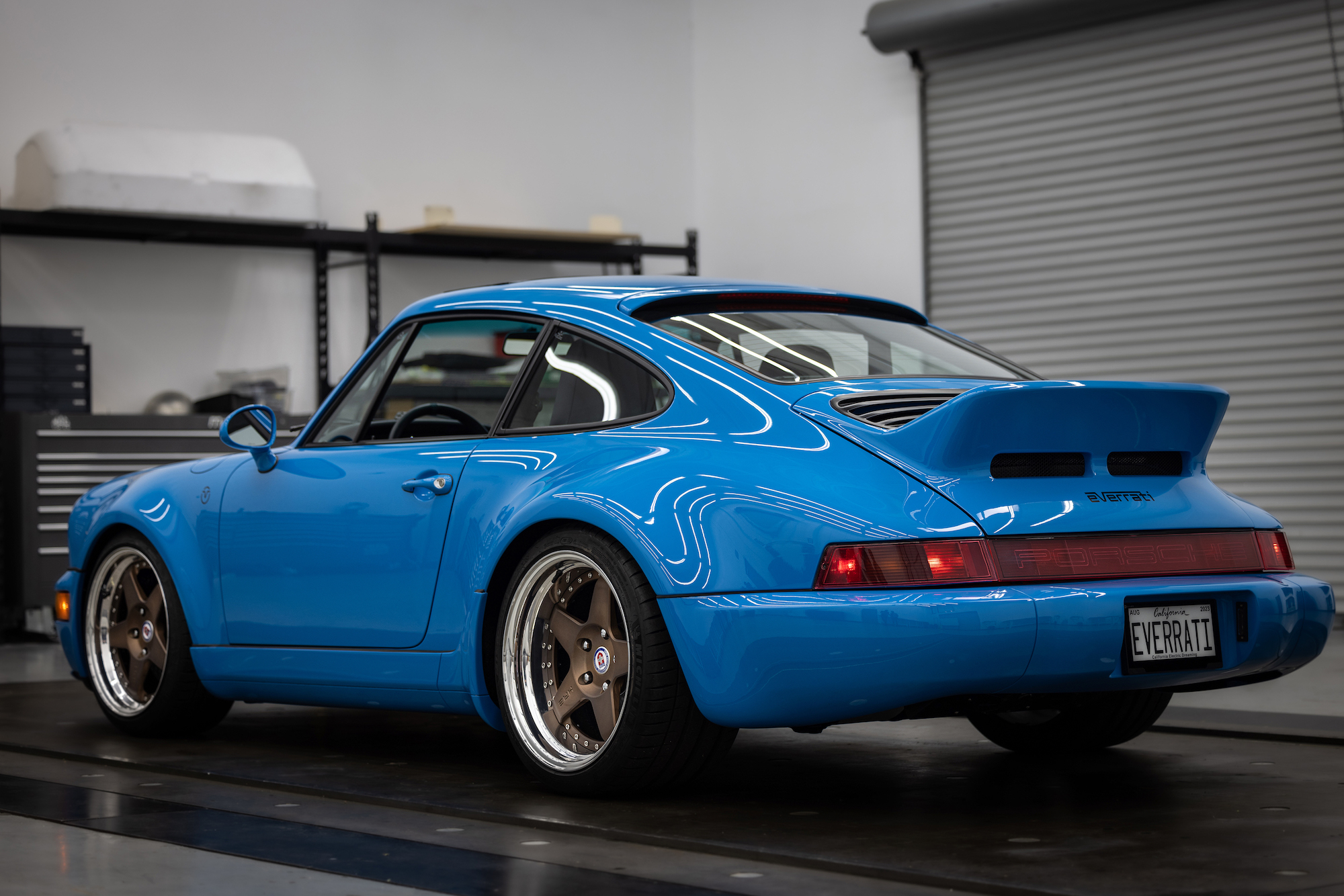 Even better is that Everrati’s electric 911 packs some serious heat. According to the company, we’re looking at a 62 kWh battery pack, an output of 500 horsepower, a zero to 60 mph time under four seconds, and up to 200 miles of range. As I said, it’s no art car. Power goes to the rear wheels via a single-speed gear reduction, but the company has said it’s working on a “virtual gearbox” to simulate the torque characteristics of the original motor and the involved shifting. 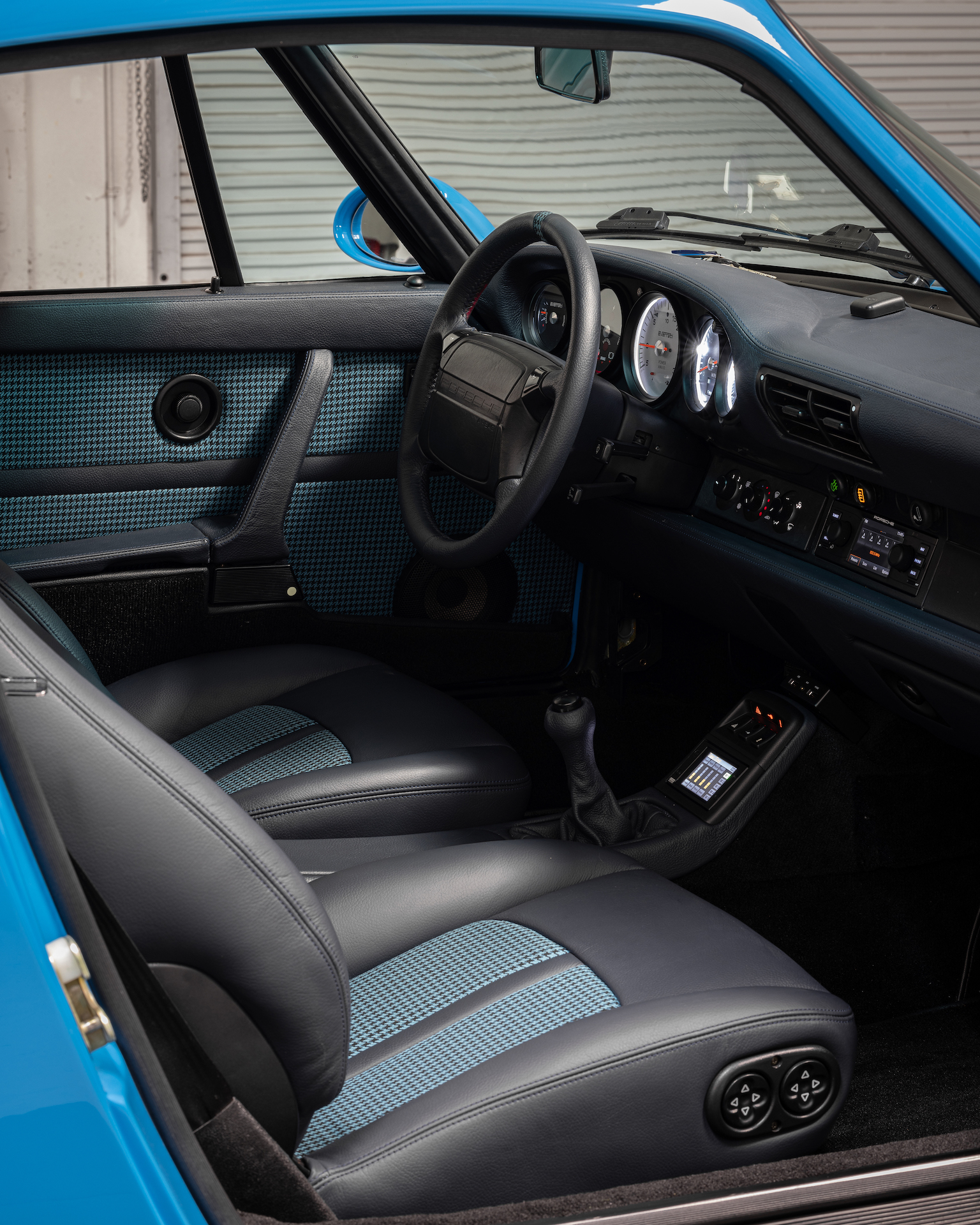 And while those figures don’t quite match some of the ridiculous ranges and outputs we’re seeing out of new EVs, it’s still very impressive for a conversion job. Plus, those don’t offer vintage style, and this one does. That’s kind of the point. The company says its goal (besides making money, obviously) is to help keep older enthusiast cars on the road in the face of our electric future.

I personally don’t think gasoline will ever fully die out—at least, not in my lifetime—but if the wide-scale shift to EVs happens as governments and many automakers want it to, it’s entirely possible internal combustion will shift heavily to the high-end, low-volume enthusiast and collector market. But this is a 911 you can drive climate guilt-free, and may be better suited to that sort of future. [Editor’s Note: Well, you’re still using energy made via fossil fuels, and there’s all that mining of natural resources for the battery, so I don’t know about guilt-free, but definitely guilt-free-er over the long run. -DT].

“Our Signature 911 (964) is a redefinition of an automotive icon that will have its legacy live on for generations to enjoy,” said Everrati Founder and CEO, Justin Lunny, in a news release. “It is a truly sustainable supercar.” 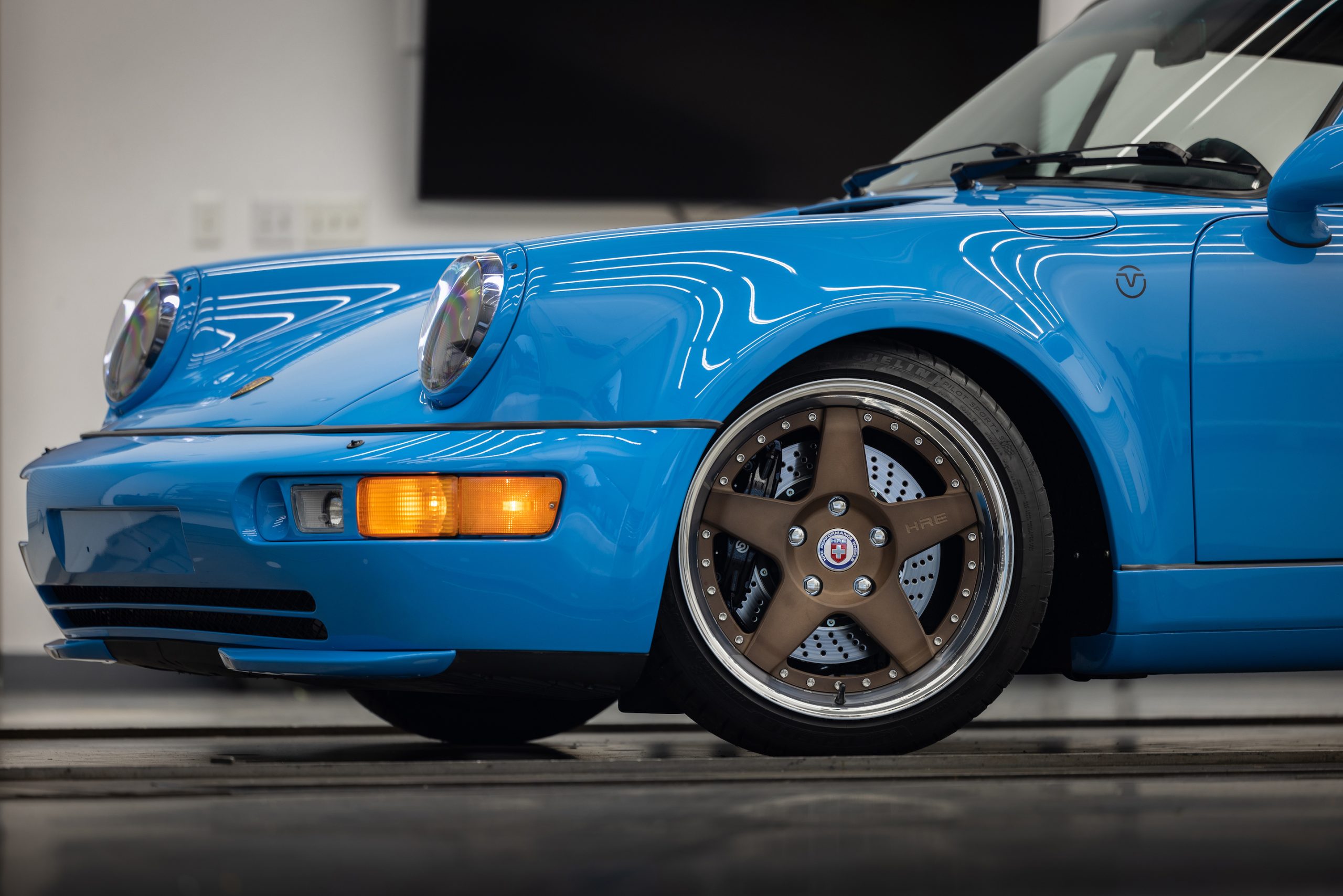 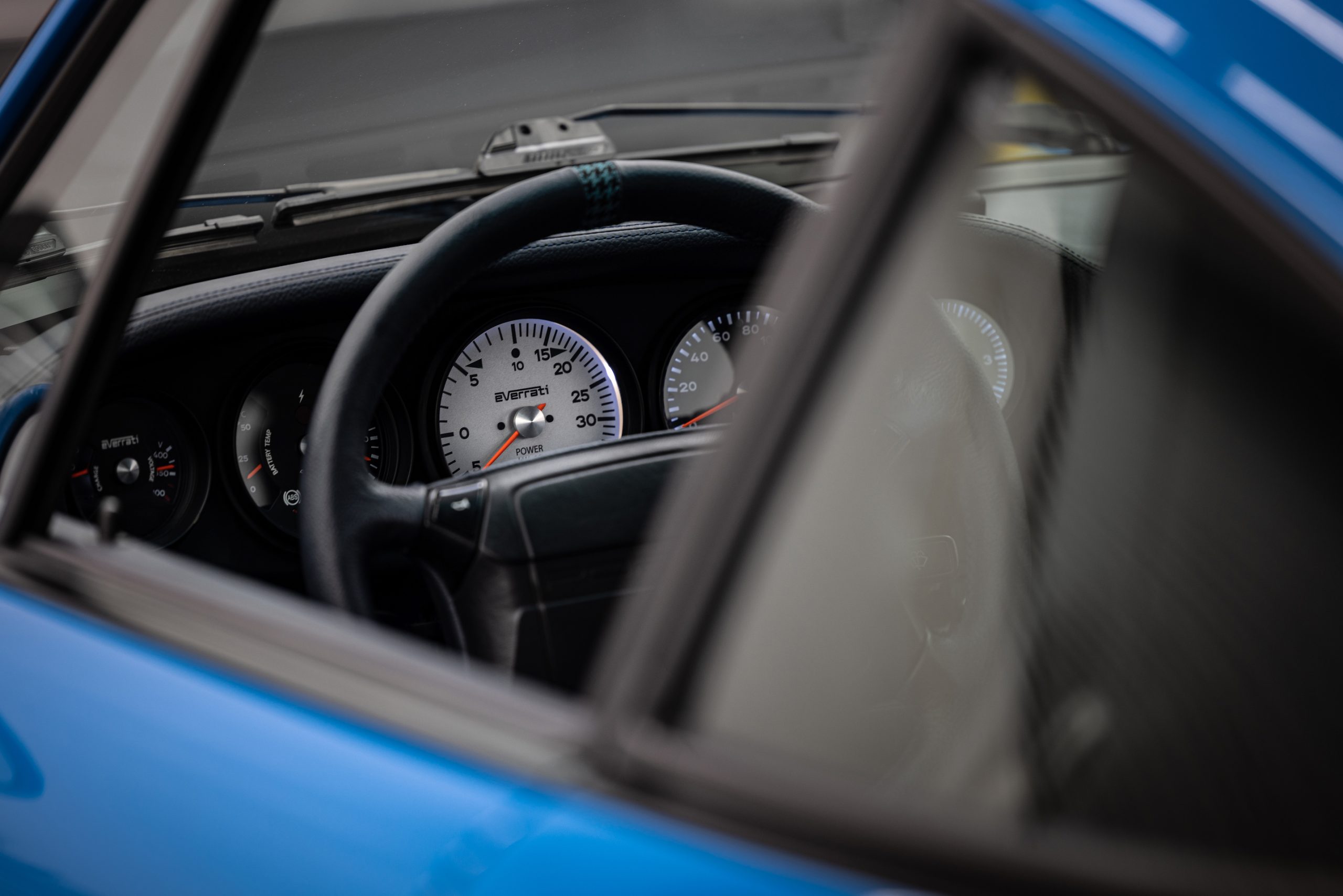 EV conversions of classic cars are becoming increasingly popular, as is the classic car collector market as a whole. You get all the style of a vintage car with modern electric power, far less maintenance and no more risk of gasoline fires. It’s not easy to do, however; packaging of batteries and electric motors can vary from model to model, so unlike, say, an engine swap, there’s no uniform way to do it yet. (I also think it’s a great option if you have a stylish car that never had a great internal combustion engine to begin with; I owned a BMW 325e for years and I would’ve kicked that motor to the curb in a heartbeat for EV power.)

Everrati’s clearly playing to an upscale crowd here. Its other cars include a bunch of classic Land Rovers and the iconic “Pagoda” Mercedes SL. They aren’t cheap, either; the 911 “Signature” starts at £270,000, or about $327,000—and that’s not including a clean-title donor car. 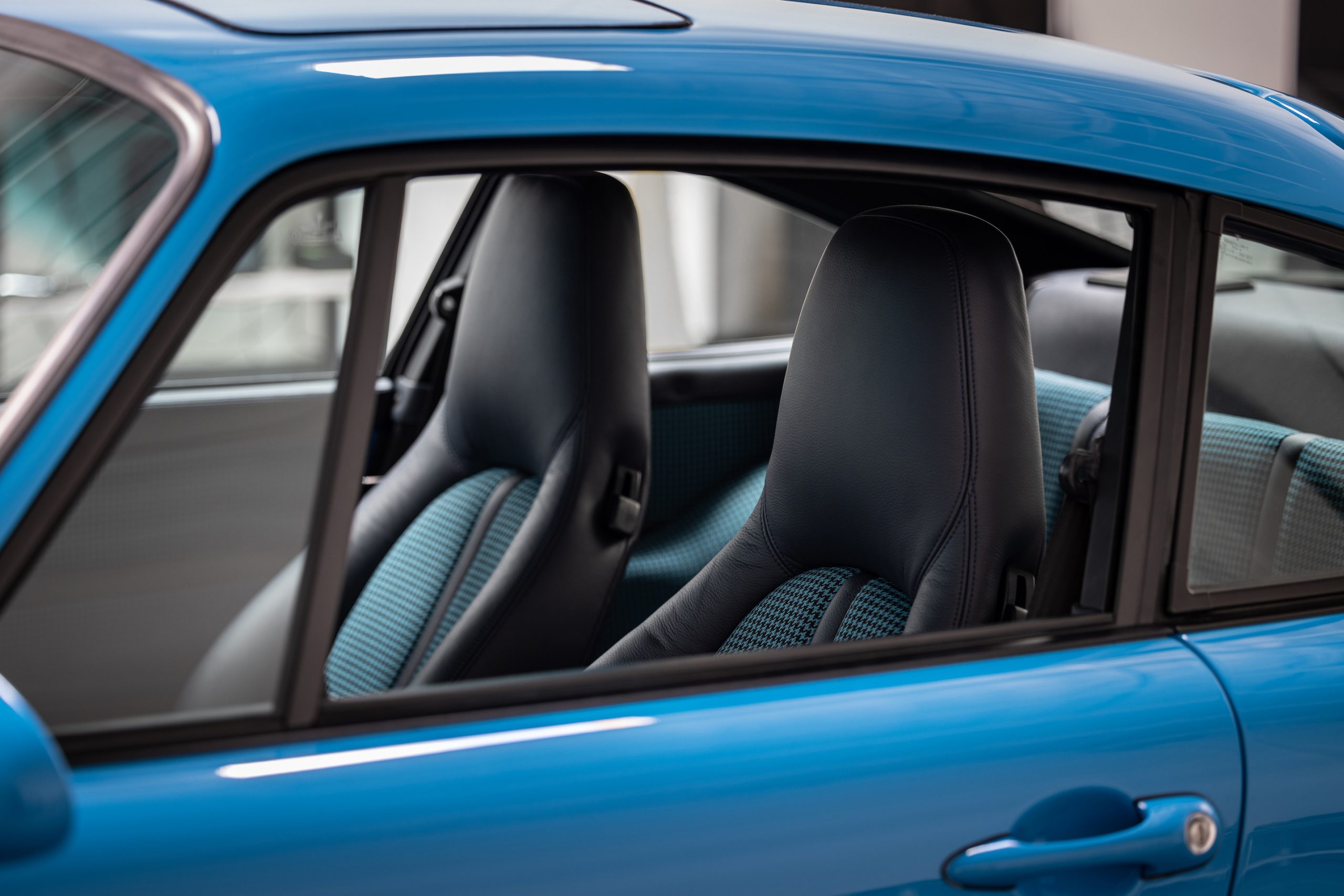 So it’s a lot, and for a very specific type of (wealthy) person. I’m all for it, though. I hope more and more shops figure these out while driving costs down, and that one day, EV conversions can be a viable option for anyone who wants a classic car but wants to move on from fossil fuels. That certainly won’t be for everyone, but more choices are always better than none at all.

Can You Guess The Many Borrowed Parts On The Failed Th!nk City EV?

Editor-at-Large at The Autopian.
Read All My Posts »
PrevPreviousThe Marshal To The Rescue: Cold Start
NextVirtue Amongst Sin: 2004 Chrysler PT Cruiser vs 2001 Toyota EchoNext