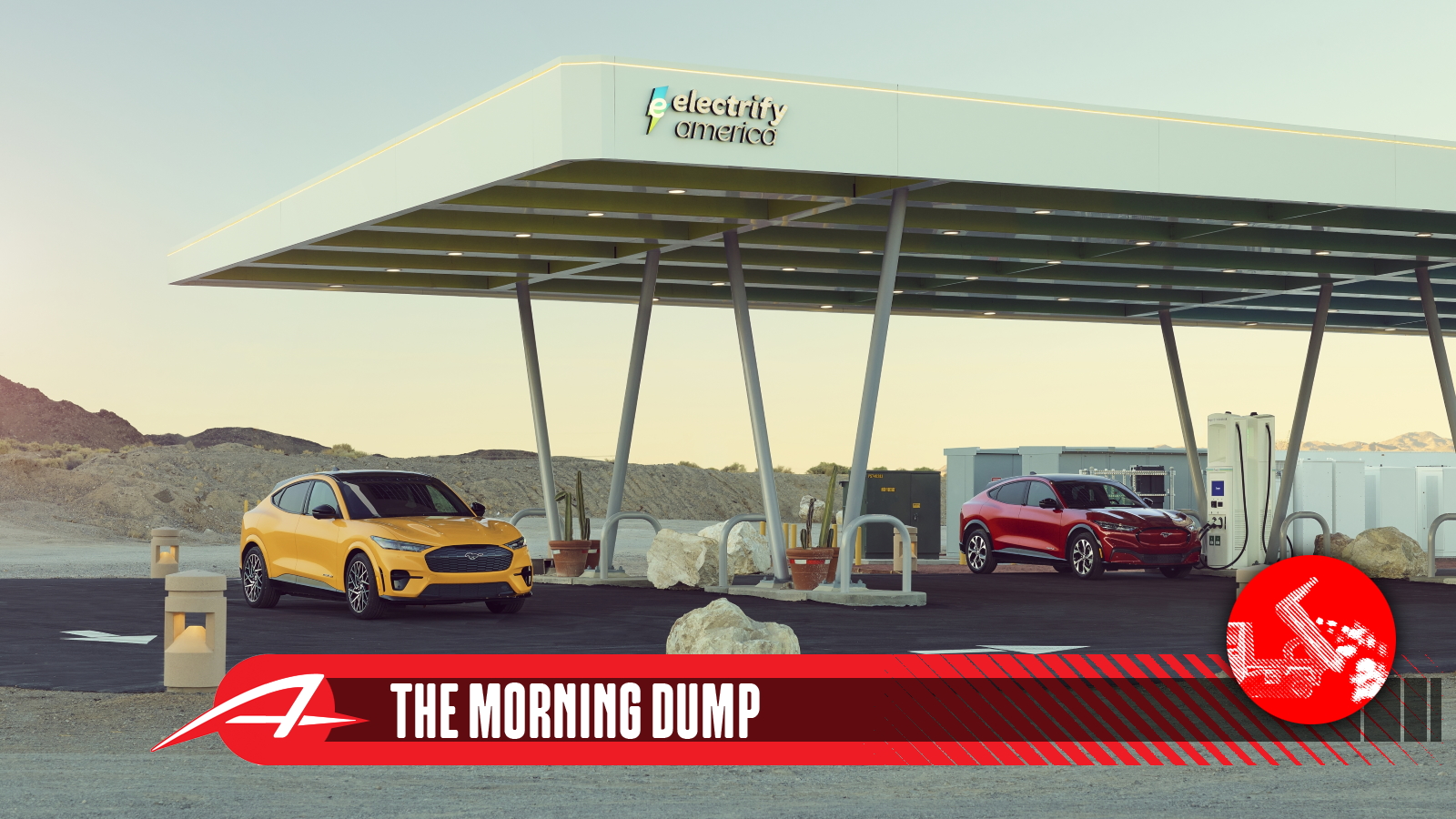 How’s this for reinventing the wheel to run oneself over? Electrify America is introducing the new EV charging station labels to try and solve the problem of not being able to discern between different chargers at a distance without a telescope. Let’s turn to the company’s own media release to see exactly what the new labels are and what the justification is.

Hyper-Fast: Indicates power delivery of up to 350 kW, which can provide about 20 miles of driving range per minute of charging depending on the EV’s charging capability. (Green label & three bolt icons)

Ultra-Fast: Indicates power delivery of up to 150 kW, which can provide about 9 miles of driving range per minute of charging depending on the EV’s charging capability. (Teal label & two bolt icons)

This doesn’t help simplify Level 3 charging at all. Does anyone think that the average consumer will be able to distinguish between hyper and ultra? At least ensure that the 150 kW option is simply called fast!

Use the established lexicon, Electrify America. Or better yet, skip the language tags altogether and simply use large, readable numbers and bolts. Arabic numerals are much more universal than the English language and it doesn’t take a genius to realize that 350 is a bigger number than 150.

Update: We reached out to Electrify America, who told us there was some research that went into the naming. From EA:

Thank you for your inquiry. When we set out to change our label designs, we took a data-driven approach and gathered insight from extensive customer research. The ranking and insights from these respondents ultimately led to our new terminology. The result of our redesigns comes from leveraging the most positive design cues from today’s widely accepted and universally understood gas station model. Our goal was to transform the way EV drivers think about charging, making the process as intuitive and easy as possible.

Speaking of EV charging, Automotive News reports that lack of residential charging options for renters and condominium dwellers are a key hurdle in the race for EV adoption.

Home equipment, typically in an owner’s garage or within easy driveway access, supports 84 percent of all EV charging in the U.S., according to a 2022 J.D. Power study.

But 36 percent of people live in multiunit dwellings such as apartment buildings and condominiums, according to the latest data from the U.S. Census Bureau. That mirrors the 34 percent of new-vehicle shoppers that J.D. Power found lack access to home charging.

Without access to home charging, range becomes really important. Short-range EVs do not work with the reality of apartment living and housing corporations don’t want to put up with the expense and hassle of giving tenants the option of charging at home. Investment in public charging is a great start at expanding charging access, but the home charging frontier will be a critical one for EV adoption. [Ed note: I have nowhere to charge an EV near my apartment and it sucks! – MH]

The Chip Shortage Rages On

While 2022 is shaping up to be a less brutal year for the new car industry than 2021, production is still far from being back to normal. Automotive News reports that production cuts due to the chip shortage continue to plague the car industry, according to industry analysts AutoForecast Solutions.

Some 22,400 vehicles were just trimmed from factory production plans in North America this week due to short supply, while 34,000 vehicles are being cut at European plants. In another notable development, AFS said assembly plants in South America are cutting back by 19,700.

So far this year, automakers have had to cut back by a total of 3.23 million vehicles due to chip shortages. That’s in addition to more than 10 million units lost in 2021, and excludes schedule reductions resulting from other supply chain problems, such as the war in Ukraine.

It’s likely going to take a very long time for new vehicle production to rebound to pre-pandemic levels, to the point where even new electrical architecture advancements could help lift output. Regardless of how the chip shortage ends, expect the number of cars lost to the chip shortage to grow as the year closes out.

Here Are Some Words From John Elkann

John Elkann has a lot of jobs: Ferrari CEO, Stellantis Chairman, and owner of a soccer team. He gave an interview to Le Gazette Dello Sport and Ferrari was nice enough to give us a transcript. There’s a lot of soccer talk and soccer analogies.

I’m worried about what’s going on around football and professional sports in general. At the heart of the system should be the fans, the athletes and the teams. But there is a dangerous drift which works in favour of the middlemen, the organisers and regulators who are putting the world of sport in a difficult position because the only thing that motivates them is money and power.

Sergio would be very proud to see what Stellantis is doing. I think back to when this adventure began. In 2004, Fiat was struggling to avoid relegation. Then we managed, along with Chrysler and FCA to compete in the middle of the table and maybe play in the Europa League. With Stellantis, which is just over a year old, we are in the fight to win the championship and we are in the Champions zone.

We have great faith in Mattia Binotto and appreciate everything he and all our engineers have done. But there is no doubt that the work in Maranello, in the garage, on the pit wall and at the wheel needs to improve.

Whelp, time to drop the lid on today’s edition of The Morning Dump. Happy Monday, I hope everyone had a great weekend and got to do some awesome automotive activities. For today’s morning question, I’d love to ask what your next vehicle modification might be. Whether a replacement item that’s better than OEM, simple quality of life improvements, or something a bit more dramatic, I’m all ears on what your project plans are.

Thomas is a Nu Rave-blaring, heel-toe downshifting, maple syrup-swilling, chassis-geeking, junkyard parts-hauling, floppy-haired scenester who's been writing about cars since college. His current ride is a 2006 BMW 325i with the six-speed manual gearbox. Instagram: @thomas.hundal Twitter: @thomashundal
Read All My Posts »
PrevPreviousYou Want Me To Put Them WHERE: Cold Start
NextHere’s What A ‘Shed Skid’ Is And Why Australians Do Something This RidiculousNext