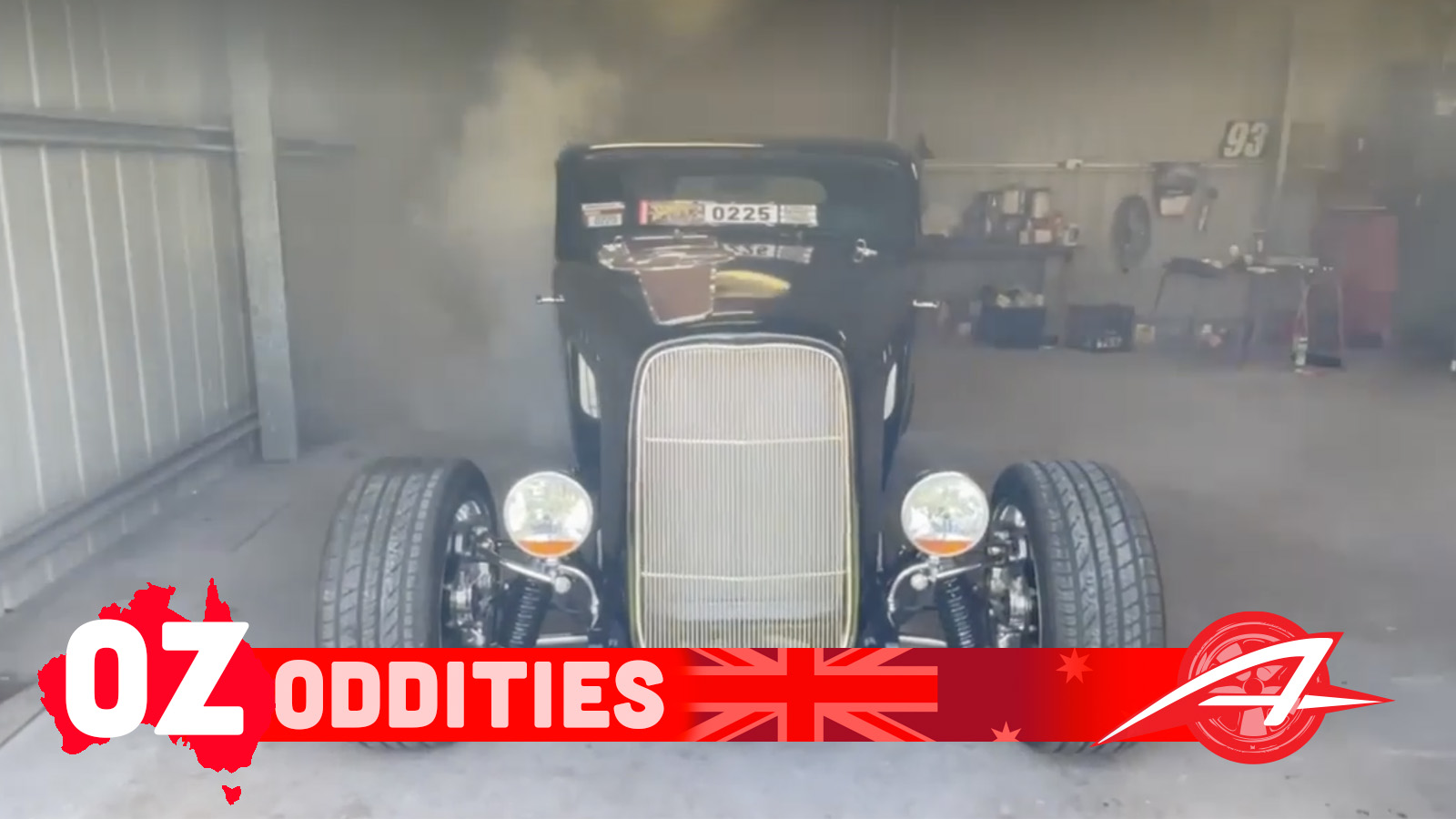 I cannot believe a “shed skid” is an actual thing that Australian car-folks do. In the U.S., owners of powerful cars will sometimes head out to an empty road, place a foot on the brake and dip the other deep into the accelerator pedal to light up the rear tires. Americans  like to think of themselves as the world’s burnout kings, but I think that distinction has to go to the Australians, and the “shed skid” is only a part of the reason why. Let’s have a look at this marvelous down-under-wonder, as well as a concept called a “shed crawl.”

Let me begin by explaining why Australia holds the title of Burnout Capital of the World. It’s not because doing a burnout here (Again, for those of you just joining, I’m near Dubbo trying to fix a truly impossible project car) is particularly easy. The cops are absurdly strict, and folks just seem to be less tolerant of others lighting up rubber on public streets. Doing a burnout anywhere near civilization in Australia is just asking for a world of trouble from the authorities.

Australia’s burnout supremacy is not about how lax the laws are, it’s about how the country has reacted to them. Check this out:

Behold “Summernats”; anyone from Australia has surely heard of it. Often regarded as a bit of a “Bogan” (read: redneck) mecca, the event is where the most epic burnouts on earth occur in absurd quantities. These aren’t just static burnouts, either; they involve a “tip-in,” — essentially a 360-degree turn mid-burnout. The winners of such burnout competitions (they happen throughout the country; the one below is at the Kandos Street Machine Festival, which includes a burnout competition) are cool cars that execute that tip-in just right, and that wow the audience with some kind of flamboyant style — perhaps it’s noise, perhaps it’s paint, or perhaps it’s how the driver wins the crowd over with their driving style or some other form of showboating.

I just spent hours watching YouTube videos on Australian burnout competitions with my host and Autopian reader, Laurence. There’s just something about a burnout that meshes well with Australians, particularly those living in the country. Given that the nation is rather strict (especially compared to the U.S.), it’s this tension between people who want nothing more than to light up tires in a country that cracks down on it hard that ultimately creates the greatest organized burnout competitions on earth. It also creates a hilarious concept known as a “Shed skid” — a smoky burnout that any layperson can do legally in the confines of their “shed” (garage).

Yes, car enthusiasts actually, and proudly, lay humongous, permanent black rubber marks on their own garage floors. And I’m not just talking about one or two Australians, I’m talking about lots of people. Seriously, the local hotrodder who has been helping me fix my Valiant did one in his garage; his wife sent me a video of the shenanigans:

This is a fascinatingly silly part of Australian car culture, with my host saying: “Among rev heads [here in Australia], it’s common,” going on to tell me that the reason why likely has to do with the fact that “[Australian] cops are so heavy handed on street skids.”

It’s a reminder that, no matter which restrictions the government imposes, car-nuts always find a way. And in fact, those restrictions can actually enhance car culture. It’s like when the state of California created a law requiring a minimum vehicle ride-height in the 1950s as a response to low-rider culture; the result was Ron Aguirre grabbing some hydraulic rams normally used to pull dents at a body shop and inventing hydraulic suspension for his Corvette called X-Sonic. When the authorities create limitations, people figure out a way to get their fix — in the case of Australian burnouts, that fix is the greatest burnout competitions on earth and the “shed skid.”

Let’s look at some folks laying thick rubber stripes in their own garage floors:

As you can see, sometimes “shed skids” happen on driveways, oftentimes actually inside garages, and in some cases on a special skid pad on someone’s property. Speaking of, there’s apparently a thing here in Australia called the “Shed Crawl.” Though not as popular as the shed skid, a shed crawl basically involves people spending a whole day driving or walking from one garage to the next, hanging out at each place, maybe drinking a beer and just looking at the garage-owner’s car projects and workspace setup.

Here are a couple of videos showing two sheds from a 2020 Shed Crawl:

I can dig it; I’d love to organize a Detroit-area “shed crawl.” I’d also love to have some friends over for a party, and rip a huge burnout in my garage, because doing one on a public street really isn’t a good idea.

Australian car culture is amazing, as I will make clear as I continue this “Oz Oddities” column. Last time I showed you a ridiculously janky turbocharged dirt bike that may or may not actually function; stay tuned to hear about how in Australia, the four-door classic car reigns supreme, whereas in the U.S. it has always been stuck in the shadow of “prettier” two-door cars. Also, I’ll get into why Australians so frequently travel to “Mexico,” and I’ll talk about some weird Australian car laws. Plus, we need to talk about Australia’s ultimate “cheap power” redneckmobile, akin to the Crown Vic – the AU Falcon.

Man I love this place.