Facebook-f Twitter Instagram Rss
Menu
Menu
Home » Would You Rather Spend Over $250,000 On A Mercedes-Maybach S680 Haute Voiture Or Buy These Nine Incredible Cars? 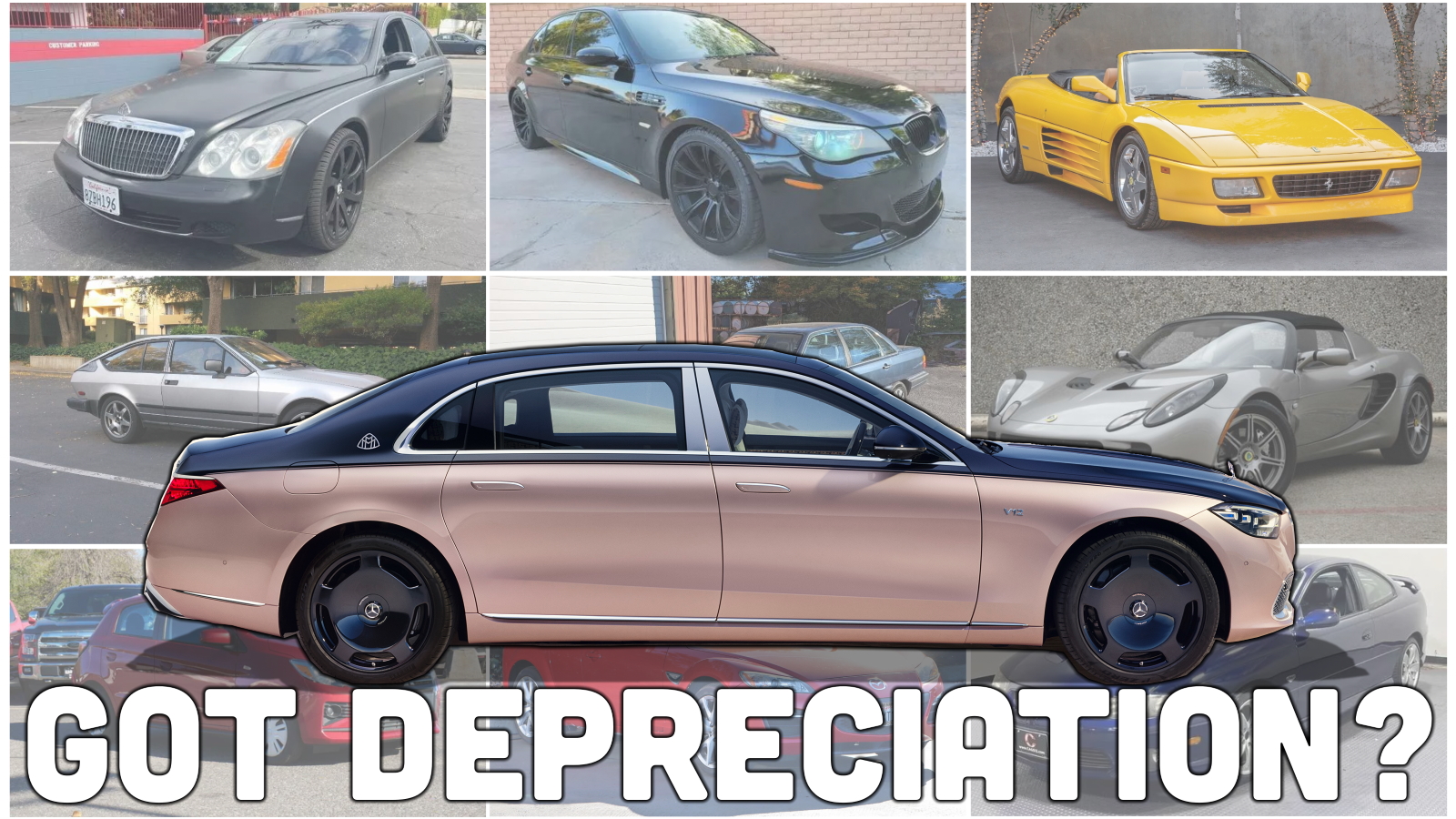 Luxury fashion and luxury cars are linked tighter than sausages, and Mercedes-Maybach is exploring these links further with a very posh 2023 S-Class called the Haute Voiture. While this name seems incredibly silly, the car itself does include some neat touches you don’t typically see on an S-Class (which is saying a lot.) 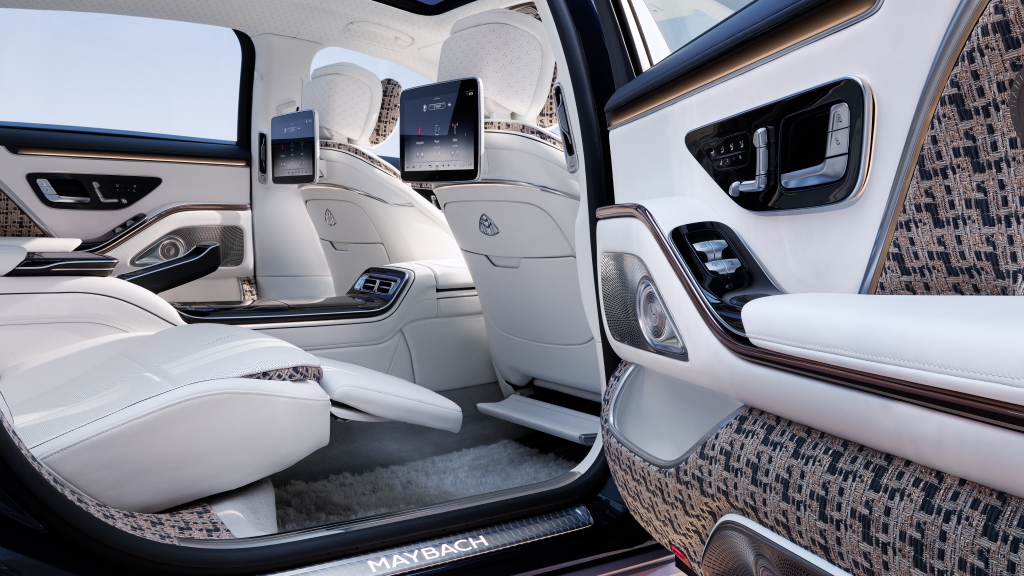 From bouclé fabric to rose gold interior trim, this limited-edition Haute Voiture Maybach is certainly funkier than your average six-figure ultra-limo. The floor mats are made of mohair, the infotainment sports a special UX, and the whole thing seems fit for the fantasy garages of the very rich and very famous. Plus, with only 150 Haute Voiture models being made, rarity is virtually guaranteed. 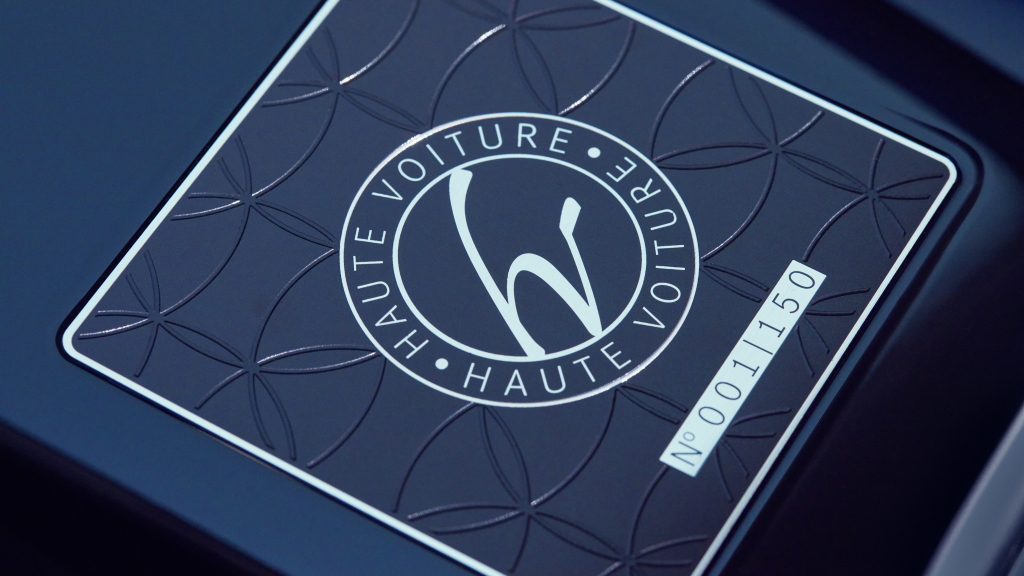 Mercedes-Maybach hasn’t actually released a price for the Haute Voiture yet, but the standard S680 starts at $230,050, so we can expect this to be… well, more than that.

But hey, forget the fantasy garage of the rich and famous. We can build our own fantasy garage for less than that. Given how Mercedes will likely charge a hefty premium for this special Haute Voiture Maybach, let’s say that the money left over can keep this fictitious fleet running for three to five business days. So, let’s run through cylinder counts to come up with a celebration of internal combustion. 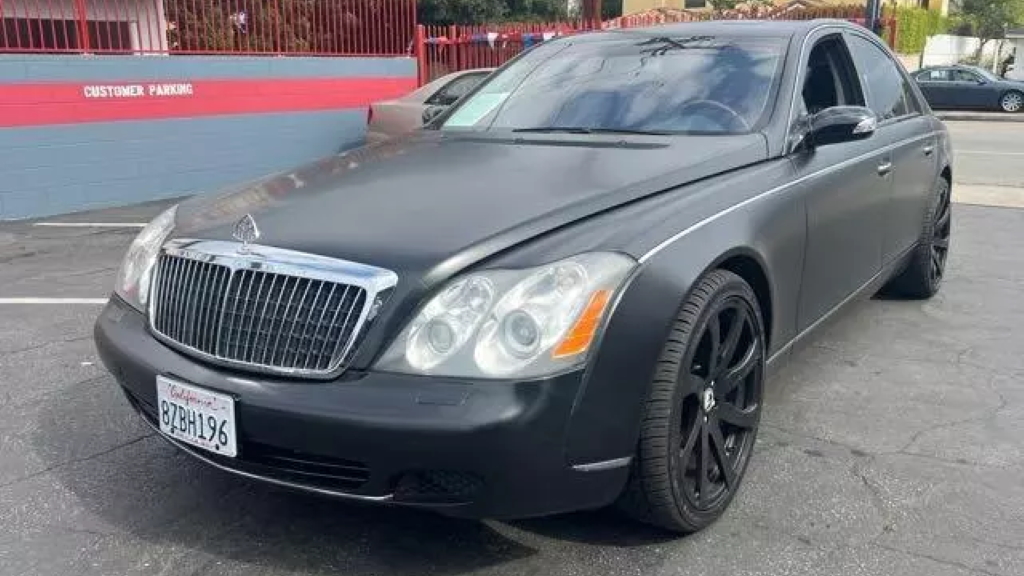 You know I had to do it. Why buy a fancy new Maybach when you could buy what might be the cheapest Maybach in America? This mildly scary matte black example is up for grabs in California with a price tag less than the MSRP of a brand-new Toyota GR Corolla.

As this is still a proper Maybach, it gets preposterous opulence like steering wheel buttons finished in wood, leather on damn near every interior panel, and floor mats so deep you could lose your children in them. Plus, an ultra-luxurious symbol of wealth is the perfect place from which to enjoy the incredible smoothness of a twin-turbocharged V12 engine. 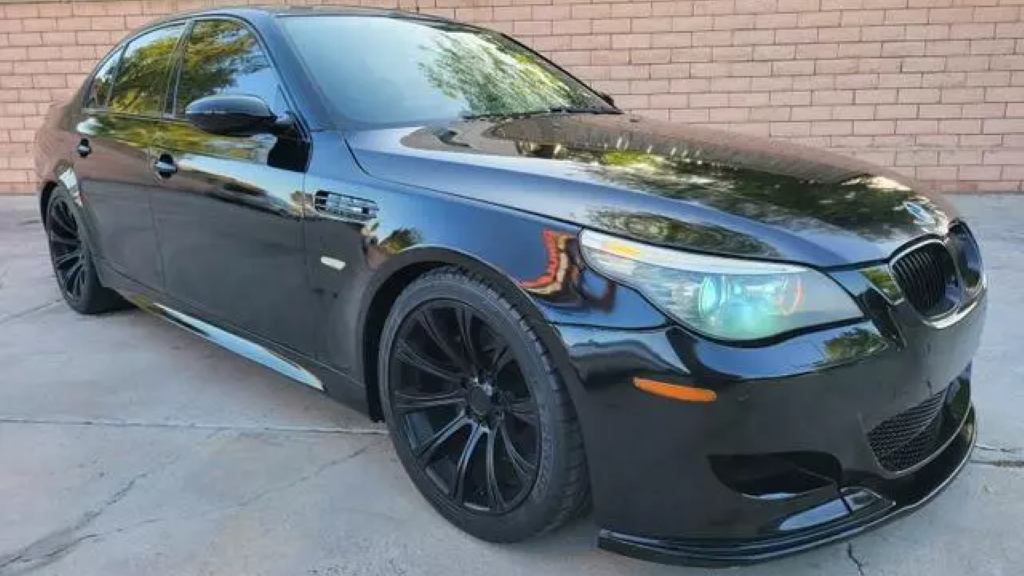 The naturally-aspirated V10 is about to go extinct, so why not grab an example of this spectacularly unique engine? The European-market E60 BMW M5 was marred by a single-clutch automated manual gearbox, but a few lucky U.S. customers petitioned BMW for a manual model, and BMW relented. The result is a 500-horsepower three-pedal sedan that wails to 8,250 rpm. Sure, it wasn’t the most reliable thing ever made, but the periods between servicing are so much fun.

This well-loved five-owner example isn’t exactly a collectors’ piece, but it sounds like an electrifying weekend road-tripper with all the fabulous noise you could possibly want. Practical and quick sounds like a winning combination to me. 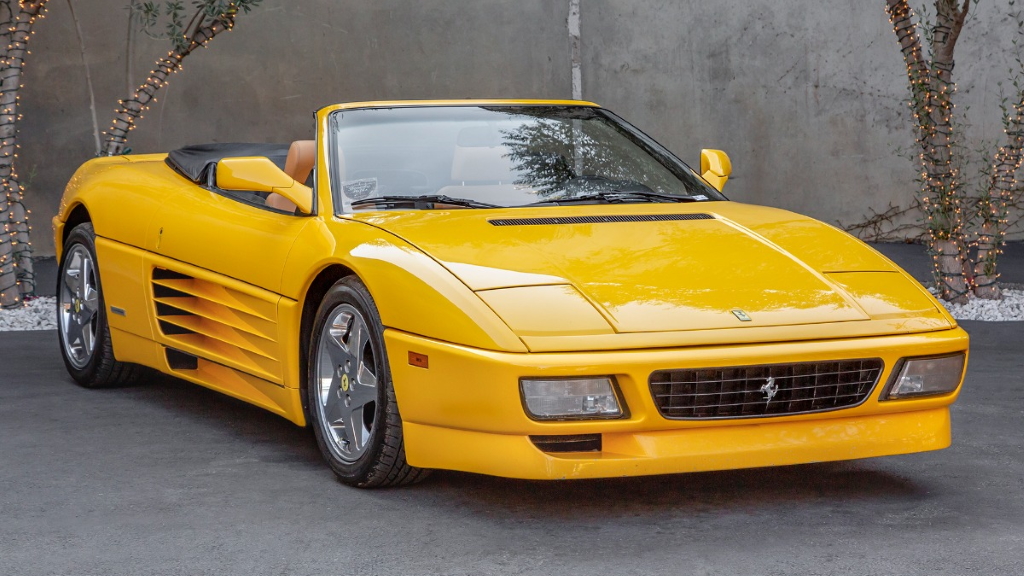 Oh come on, you know I wouldn’t make this list without including something with a gated manual gearbox. While early Ferrari 348 models were a bit awful, the later ones were thoroughly improved inside and out. More power, an updated ECU, better build quality, and some minor styling revisions make these things proper budget supercars, especially compared to 355 pricing.

This particular example is in the great spec of yellow over tan and should let you live your OutRun fantasies without the expense of a Testarossa. Plus, it had an extensive service carried out in 2020, which should mean one less thing to worry about. Just drop the top, slot the shifter into first, and let that flat-plane crank V8 sing. Sure, the C6 Corvette Z06 and S550 Shelby GT350 also have great V8s, but come on. Wouldn’t you want a Ferrari, given the chance? 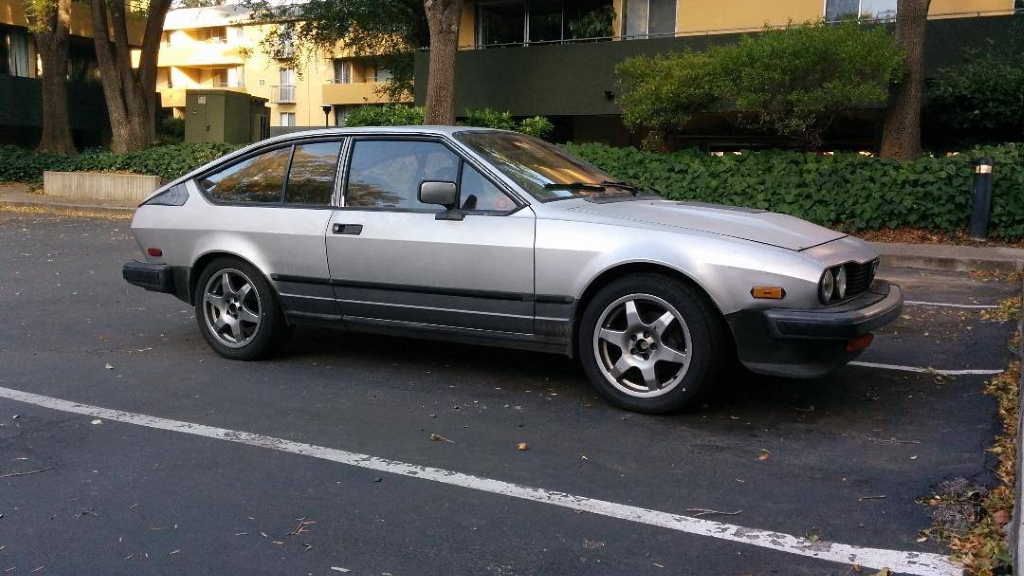 If we’re talking about great six-cylinder engines, we have to talk about the Busso V6. While it might not have the sheer output of the S54 from the E46 M3 or the unwavering reliability of GM’s 3800 V6, the Busso packs a whole lot of soul. Some people even call it Alfa’s Violin. It’s most likely the best-sounding six-cylinder engine of all time.

This Alfa Romeo GTV6 features that legendary engine in three-liter form and it appears to be a very tasteful build. With a freshly-rebuilt engine, a rebuilt transaxle with a limited-slip differential, and all sorts of suspension goodies, this thing looks ready for the canyons. 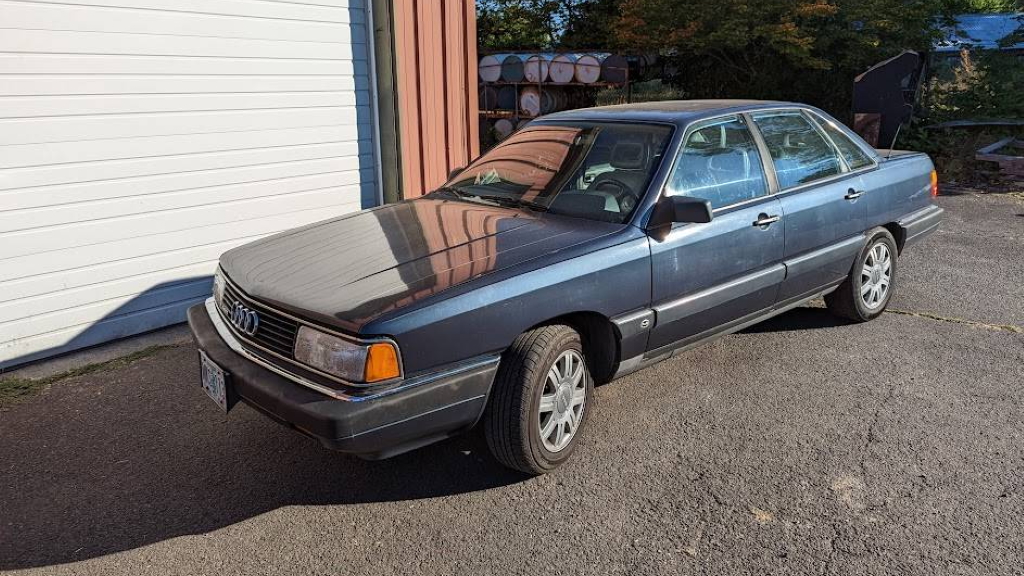 While a handful of automakers have produced five-cylinder engines, there’s really only one marque to choose from, right? Audi’s skill in making turbocharged five-cylinder engines and innovation in all-wheel-drive made the famous Quattro coupe excel in Group B rallying. As a happy coincidence, you could find similar tech in Audi’s road cars of the 1980s.

This Audi 5000 Turbo Quattro features a warbling five-pot that’s assisted by up to 14 psi of boost. As it should be, the driver gets five forward ratios to manually select, along with two locking differentials to just spit torque at all four tires and claw away at loose surfaces. 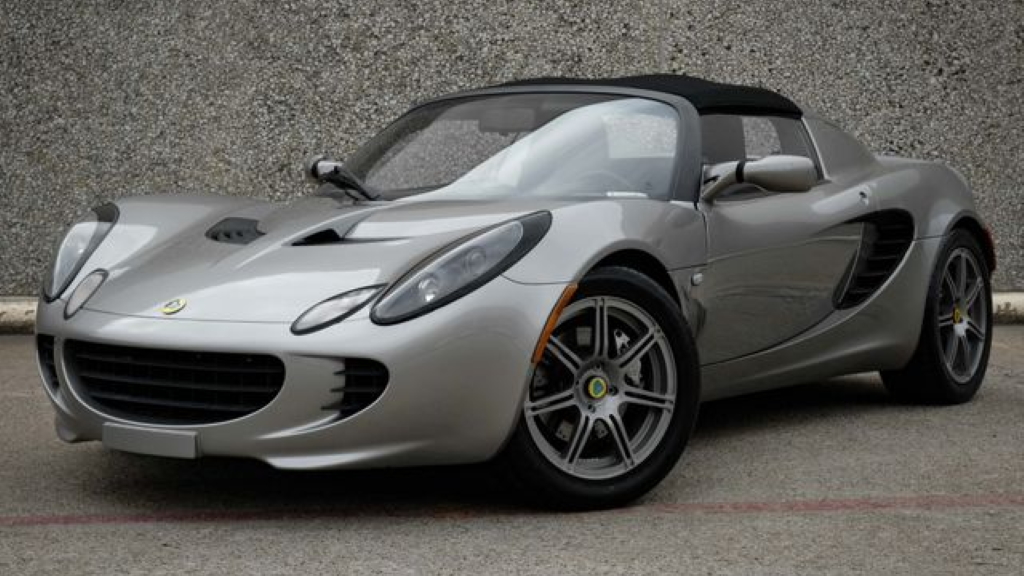 Sure, you could buy a Honda S2000 to get the kick of a peaky four-cylinder engine. Alternatively, you could buy something much more involving and focused. Oh yes, it’s Lotus Elise time. While the Elise was originally launched with a Rover engine, American models got a 1.8-liter motor from Toyota. Hey, it had already passed EPA certification, plus Toyota is famed for reliability.

However, this isn’t an ordinary Corolla engine. This is Toyota’s 2ZZ-GE inline-four, which saw duty in the underrated Celica GT-S. It’s a ripper of an engine, happily revving out to 8,200 rpm. Add in featherweight construction and gloriously unfiltered steering, and you get a sports car for the ages. Just don’t crack the clamshell. 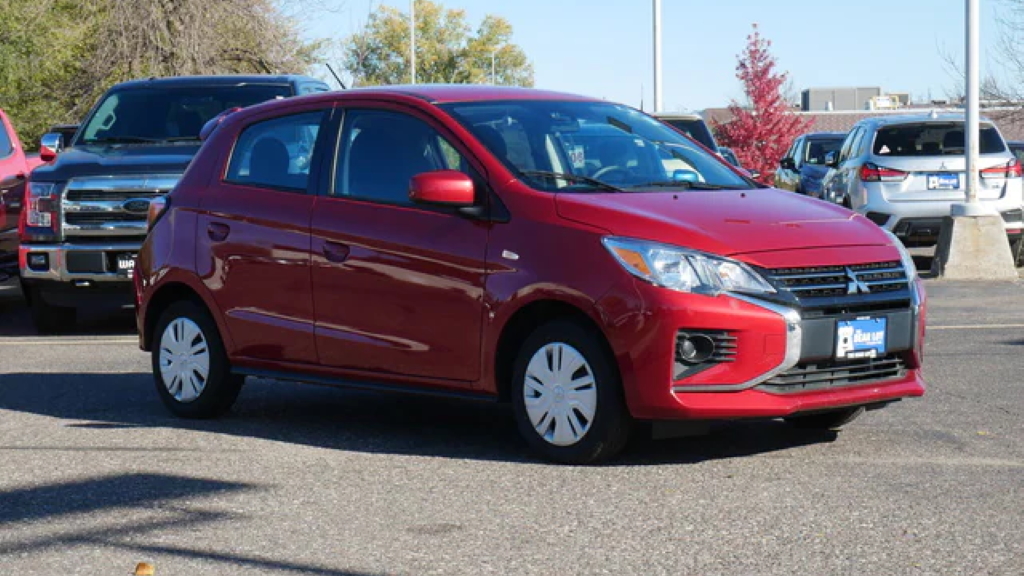 Alright, maybe having one reliable, fuel-efficient car on tap isn’t a bad idea. Welcome to the Mitsubishi Mirage, what American generally considers the minimum viable car, a.k.a. pure, basic motoring. Its 1.2-liter three-cylinder engine puts out just 78 horsepower, and its manual gearbox only features five forward gears, yet this tiny little economy car is exactly what freedom on four wheels feels like.

Not only do you get the characterful thrash of a three-cylinder engine, but you also get a certain freedom from caring. Thanks to Mitsubishi’s famously long powertrain warranty, you have coverage for years, and thanks to the car’s low price, you don’t have to worry too much about parking dings. Plus, high-profile sidewalls mean you don’t really have to worry about curbing alloy wheels either. Just mash the throttle through the carpet to go places, shift it like you mean it, and park just about anywhere. Wouldn’t it be wonderful if everything was this simple? 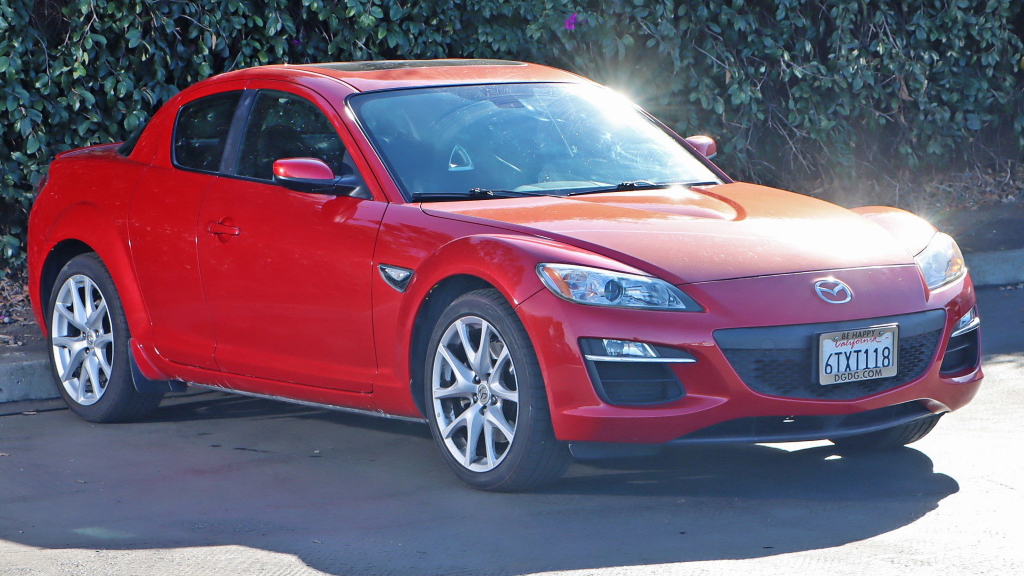 After working our way down the list from twelve pistons to three, we get to a car that has no pistons at all. The Mazda RX-8 may get a bad rap for engine longevity, but this rather funky sports coupe is one of the best driver’s cars of the 2000s. Not only does it rev to the moon and back, but the steering actually talks to you despite being electrically assisted. Indeed, the whole chassis just feels light and supremely agile, able to hit apexes by thoughts and bend into whatever shape you deem fit.

Malleable, controllable, and a whole lot of fun, the RX-8 might be the best-kept secret of the used car market and is entirely worthy of a spot in this fantasy garage. Just make sure to save a few grand for a rebuild and get a compression test before buying. 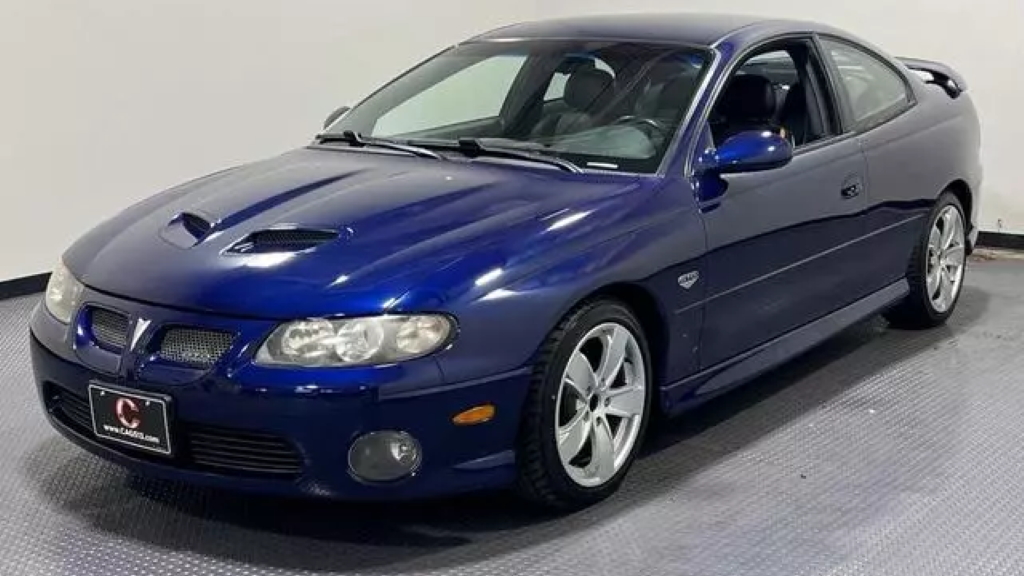 Come on, you didn’t expect me to end this list without an LS V8 of some sort, right? Besides, there’s a distinct lack of America and Australia on this list and we need to fix that. This 2005 Pontiac GTO was born in South Australia but featured an all-American heart, the six-liter LS2 V8 pumping out 400 horsepower and 400 lb.-ft. of torque. With a six-speed manual gearbox sending all that shove to the rear tires, this big coupe absolutely gets down.

Not only is the LS series of engines one of the best V8 families of all time, but there’s also so much headroom for modification. Uprated camshaft, aftermarket heads, boost, you name it. While some of the more refined cars on this list would be happy to sip a nice Moscato if they were people, the GTO would be shotgunning VBs and becoming the FCC’s most wanted. It was an absolute hero car of mine growing up, which is exactly why it belongs here.

While none of these picks will likely attract Instagram clout quite like a top-spec Benz (especially not the Mirage), they should certainly put a smile on your face whenever you care to pull one out of the garage. Now if only we had around $230,000 and enough room to park these things.

The Mercedes-AMG S63 E-Performance With 1,055 Lb.-Ft. Of Torque Is A High-Tech Dinosaur In All The Best Ways

What Are The Best Cars To Cheaply Buy From Carvana If It Implodes?: Open Thread

Thomas is a Nu Rave-blaring, heel-toe downshifting, maple syrup-swilling, chassis-geeking, junkyard parts-hauling, floppy-haired scenester who's been writing about cars since college. His current ride is a 2006 BMW 325i with the six-speed manual gearbox. Instagram: @thomas.hundal Twitter: @thomashundal
Read All My Posts »
PrevPreviousThe Taylor-Dunn Bigfoot Is The 2022 ‘Autopian Truck Of The Year’
NextThe One-Year-Only 1995 Ford Mustang GTS Offered A 5.0 V8 Punch In A Base Model Body: Holy GrailsNext