That feeling in the air, the electricity, the pervasive, almost erotic tension — you feel that, don’t you? Of course you do. You’re a human, pulsating with endorphins and piping-hot lymph and ideas and lusts and there’s no way you can’t feel what’s going on, which is Truck of the Year-picking season. Our pals over at Motorized Trends have made their pick for 2023 – a year that has, according to my sources, yet to occur – and they picked the Ford F-150 Lightning. Sure, that’s a fine choice and all; it’s an important EV truck that we’re fond of, too. But I guess we just wanted to pick something that, you know really matters. That’s why I’m proud to announce that the 2022 Autopian Truck of the Year is the Taylor-Dunn Bigfoot line of trucks.

Yes, exactly, that Taylor-Dunn Bigfoot. The trucks that make up the very backbone of the shadow trucking industry that runs in parallel to the big, road-going prima donna trucks that hog all the attention. While those F-150s and Silverados are out there, showily hauling three bags of soft, well-packaged peat moss across paved roads smooth as pudding skin before retiring for the night in a heated garage, thousands of people are backing Taylor-Dunns up to loading docks and roll-up doors and piling them full of sharp, filthy whatevers that need to be hauled across a campus or warehouse or through the dark, labyrinthine corridors of a convention center or prison or refinery or research lab or any of the thousands of other places that swarms of diamond-plate-skinned Taylor-Dunns roam and work. 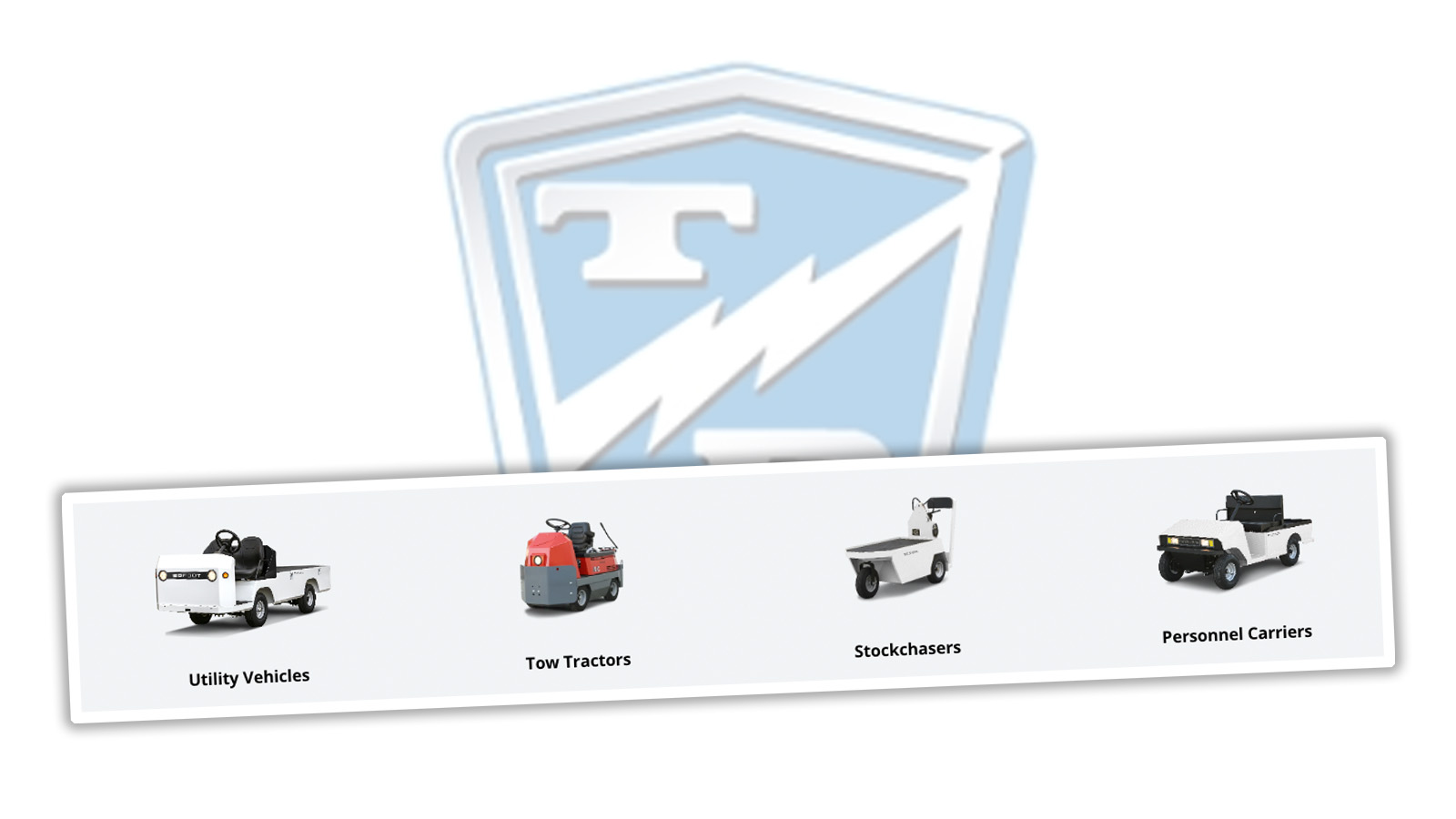 Taylor-Dunn makes a huge variety of little work trucks and tow vehicles and people-movers and haulers and draggers and stockchasers, but we picked the Bigfoot line for a few reasons: the appealing design characteristics, the flexibility of use, the variety of body styles, impressive technical specs, and, perhaps most importantly, it’s the only one of these that any of the Autopian staff has actually driven, so that’s a big factor.

Oh, before I get to the Bigfoot line, I have to show you this glorious beast: 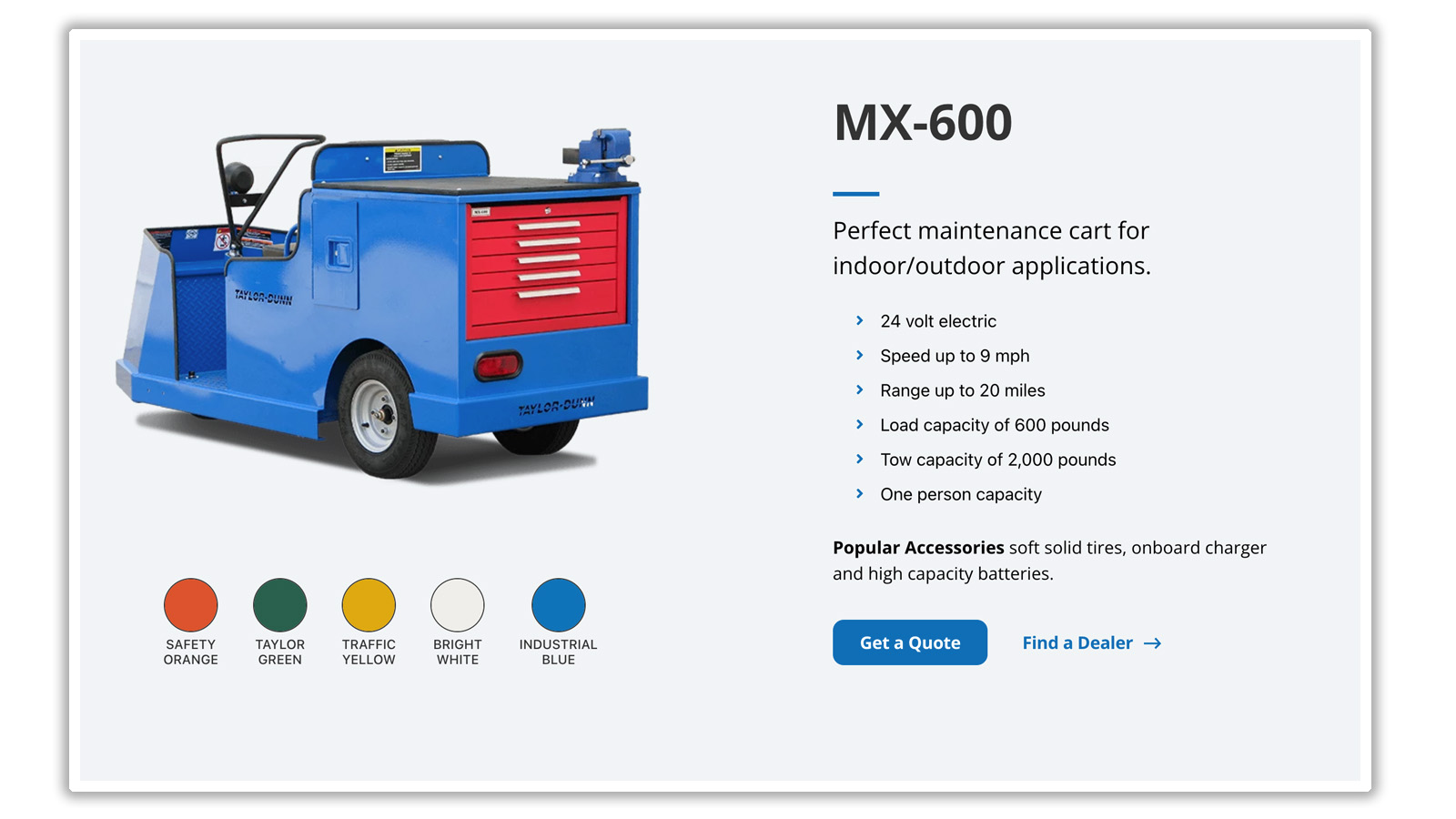 The Taylor-Dunn MX-600. It’s a mobile toolbox, complete with a work surface and a vice! Imagine being able to roll up to your friend’s place to help them work on their car in one of these babies! So good.

Okay, back to our Autopian 2022 Truck of the Year, the Bigfoot line. 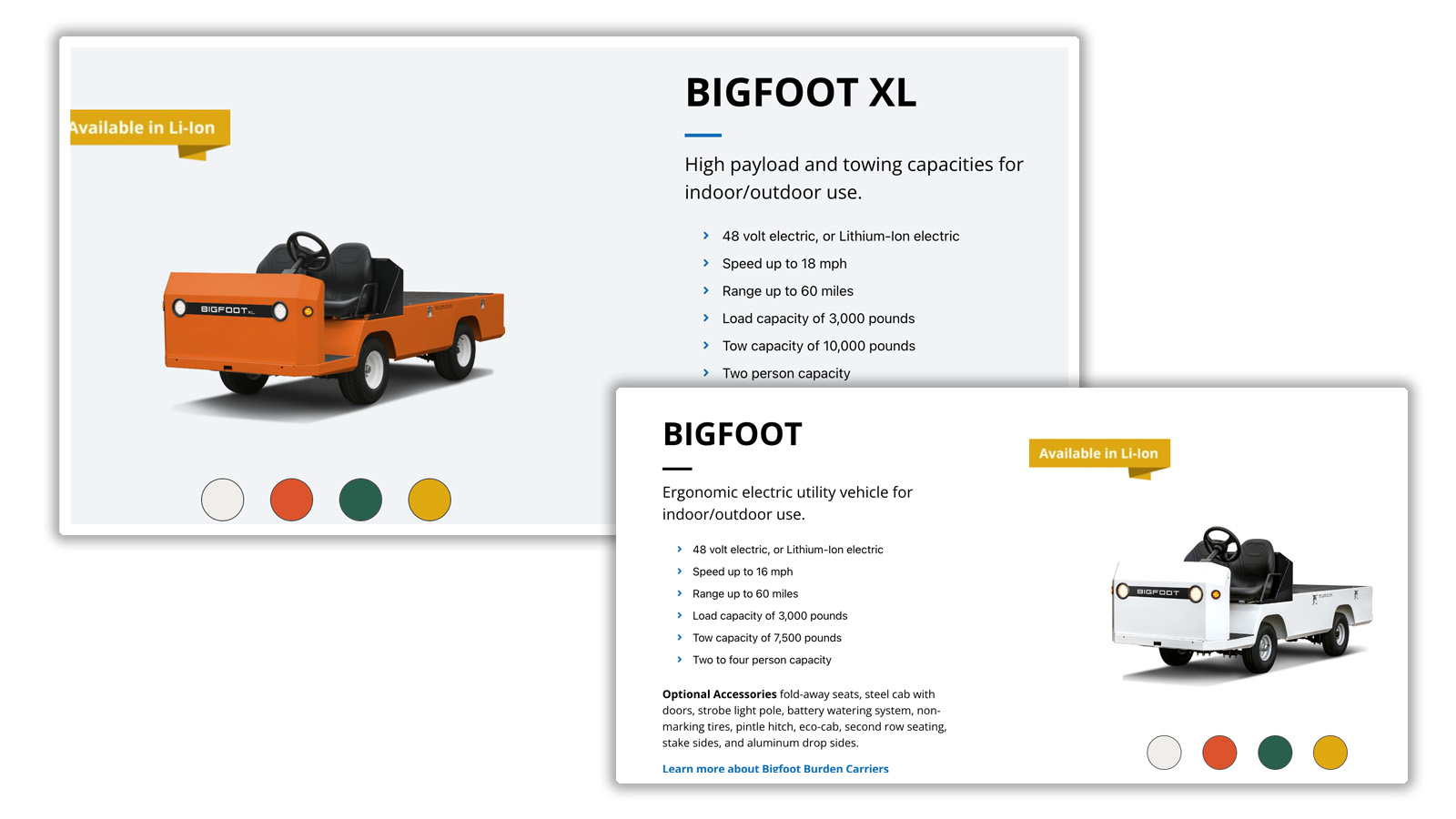 Taylor-Dunn calls these “burden carriers” and I think that’s a wonderful name, because it describes exactly what these workhorses are for: to carry your burdens, whether they be physical, emotional, logistical, spiritual, whatever. That time you only saw one set of tire tracks? That’s when the Taylor-Dunn was carrying you.

These are trucks distilled down to their absolute core: all killer, no filler, all go, no show. They exist to accomplish tasks, to make other, bigger things happen, and ask as little as possible. They’re electromechanical martyrs, giving and giving and giving, then giving some more.

Like the F-150 Lightning, these are green vehicles, modern EVs, with optional lithium-ion batteries, just like the Big Showy Boys. But, as you can see, they’re clearly not in the same class as something like an F-150. It’d be hilarious to even compare these little worker bees to a big, strong, steel-wool-on-the-chest truck like an F-150, right? What a silly idea! Let’s do it, with a couple of gleefully cherry-picked but still very important examples: 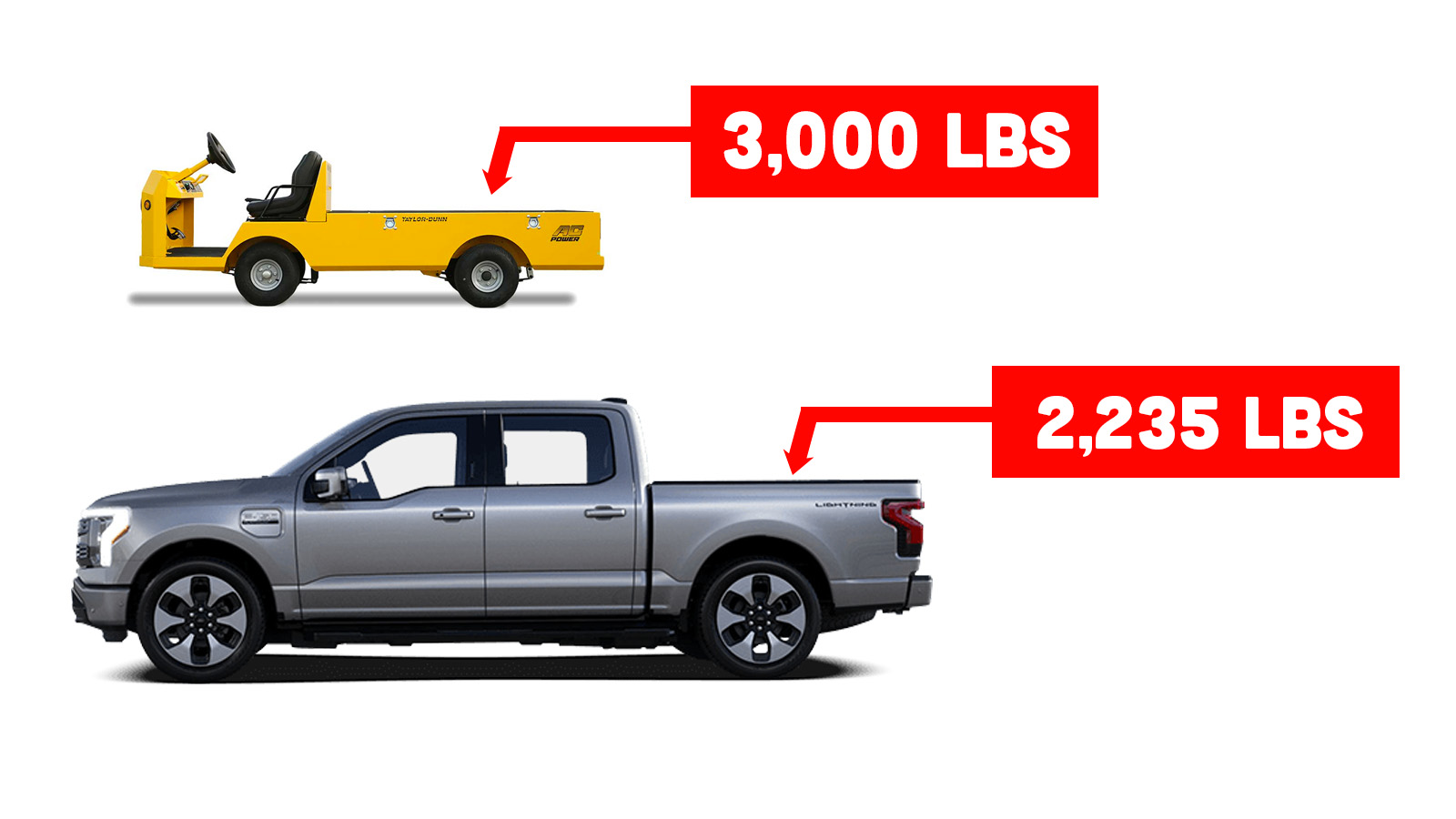 Do you like to, you know, put things in your truck? Arguably the whole raison d’etre of a truck in the first place? Well, it just so happens that you can put 765 more pounds in a little Taylor-Dunn Bigfoot XL than you can in a brand-new Ford F-150 Lightning. That’s like two and a half baby elephants.

Well, what about towing? Certainly that big-ass F-150 won’t be embarrassed by this funny little drivable slab of metal, yeah? 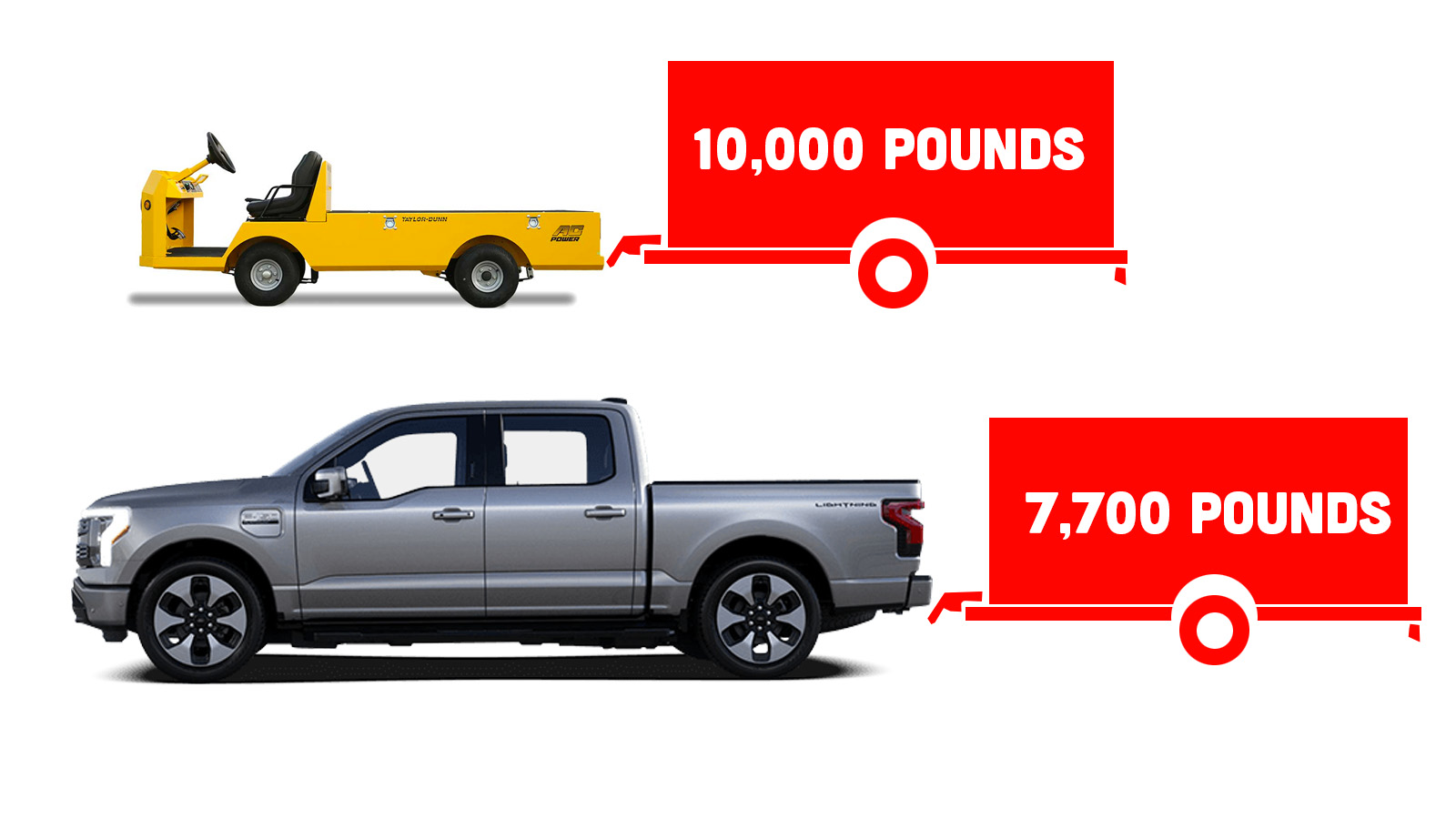 Ha ha ha, nope! That Taylor-Dunn can tow every single thing that F-150 can, plus an extra Miata on top of it all. Can it go as far on a charge or as fast or as comfortably? Who gives a shit? Have you ever heard a truck buyer be concerned about range or speed or comfort? Me neither! Never comes up, so no point in even thinking about it, even for a second.

If you’re, say, titled royalty, you can order a Taylor-Dunn Bigfoot with a more enclosed body, like a van or pickup truck or with ladder racks or whatever, you know, sparks joy. 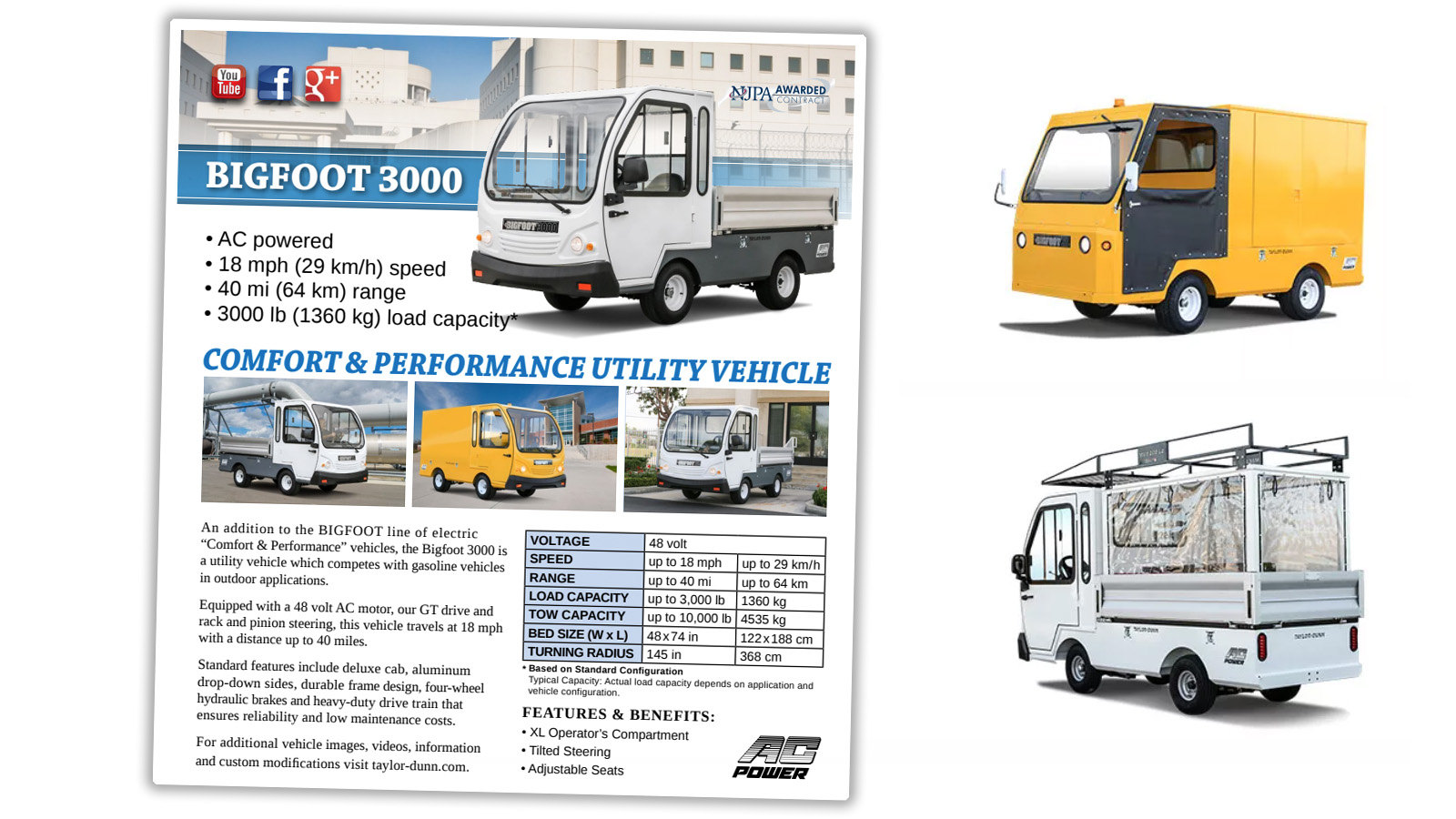 No matter how they’re outfitted, they either keep that friendly but determined Taylor-Dunn face with the diamond-plate body panels or that new, streamlined, lavishly curved windshield look. Truly, a Taylor-Dunn’s look fits in everywhere from the corridors underneath the Metropolitan Museum of Art to your local sewage treatment plant, and everywhere in between, like a Chili’s.

Let’s hear from the Autopian who has actual wheel time in one of these amazing beasts, our own Matt “Flapjacks” Hardigree: 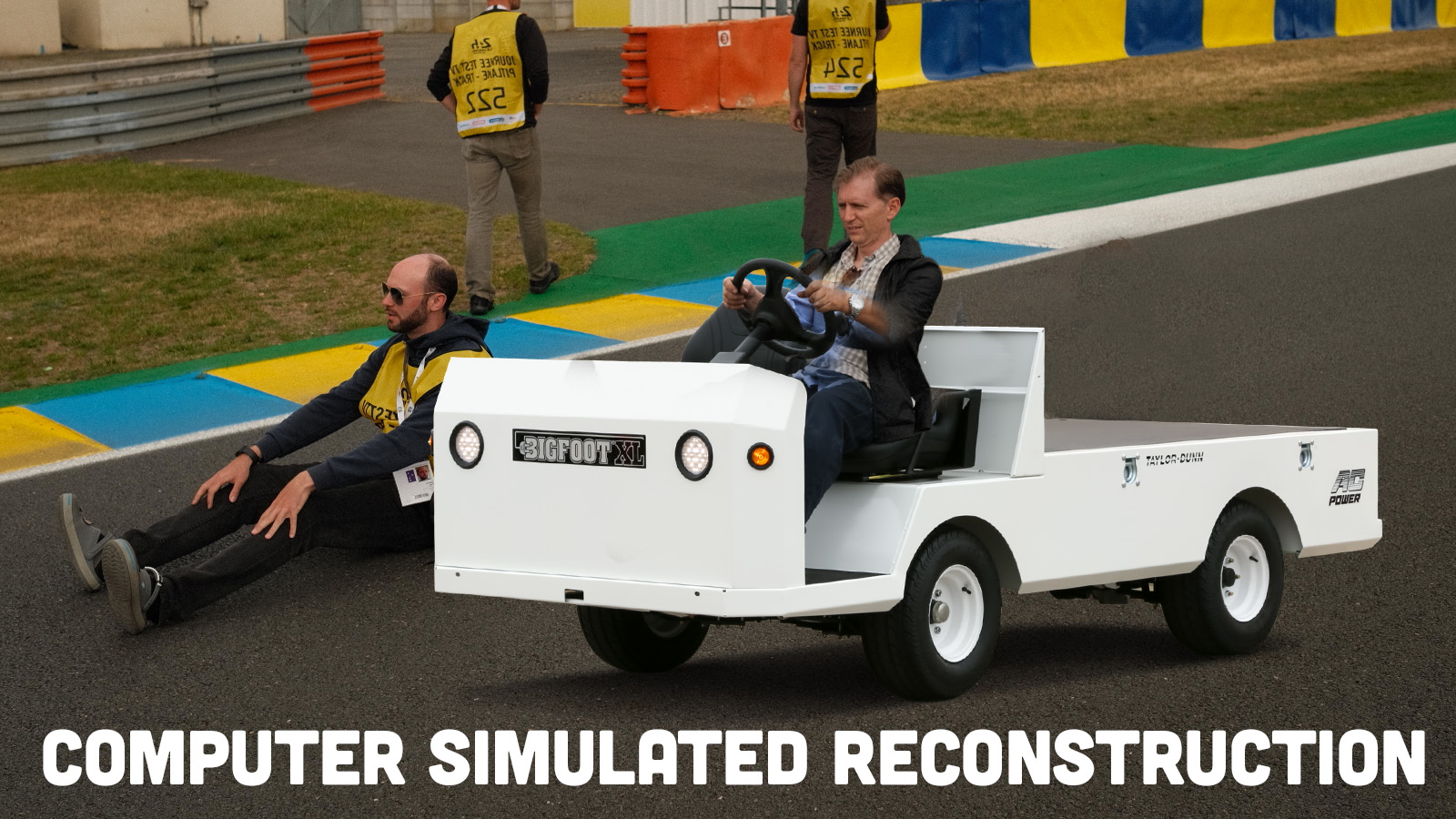 The 24 Hours of Le Mans is run primarily on the Circuit de la Sarthe which, by length, is made up mostly of public roads. A smaller portion of the track is the permanent Bugatti Circuit race course. A weird thing you realize when you go to Le Mans for the first time is that they only use a little bit of the Bugatti Circuit for the Circuit de la Sarthe and the rest is just a way to connect people to parking lots.

I know this because I made a documentary at Le Mans this summer that almost no one will ever see and I got to use one of those parking lot for the two weeks I was filming. Did I, in fact, drive over the curbs and try to apex the turns in between the entrance to the parking area and my parking spot in a Citroen Jumpy? I sure as hell did. Multiple times. It was great.

My whole experience at Le Mans was quite wonderful and the team we were filming was fantastic. They were one of a handful of American teams and, rather than use rented scooters or fancy golf carts to move items around short distances, they instead shipped a Taylor-Dunn Bigfoot to France. I would often sit on the Taylor-Dunn and notice Europeans from other teams looking lustfully at the rectangular simplicity and strength of the TD.

Even better, the team we were with noticed we had to move a bunch of large items out to our parking spot and offered to let us use the Taylor-Dunn. Did I, also, borrow the TD and drive it over the curbs of the legendary Bugatti Circuit even though it would have been much easier to just drive to the gate and carry the gear over the wall? Absolutely.

It was a dream. Power delivery? Smooth as the fragrant vanilla ice cream the French mom the crew was staying with made us for dessert. Handling? It was basically the TGV. The model I had was also the superleggera version with no windscreen so as I wound my way around the track I could feel the wind in my hair. It was like being in a Godard film (and, actually, Jean-Paul Belmonodo drives an Oldsmobile 88).

Would I have preferred an Aston Martin? Maybe. Maybe not.

Hard to argue with that, right? 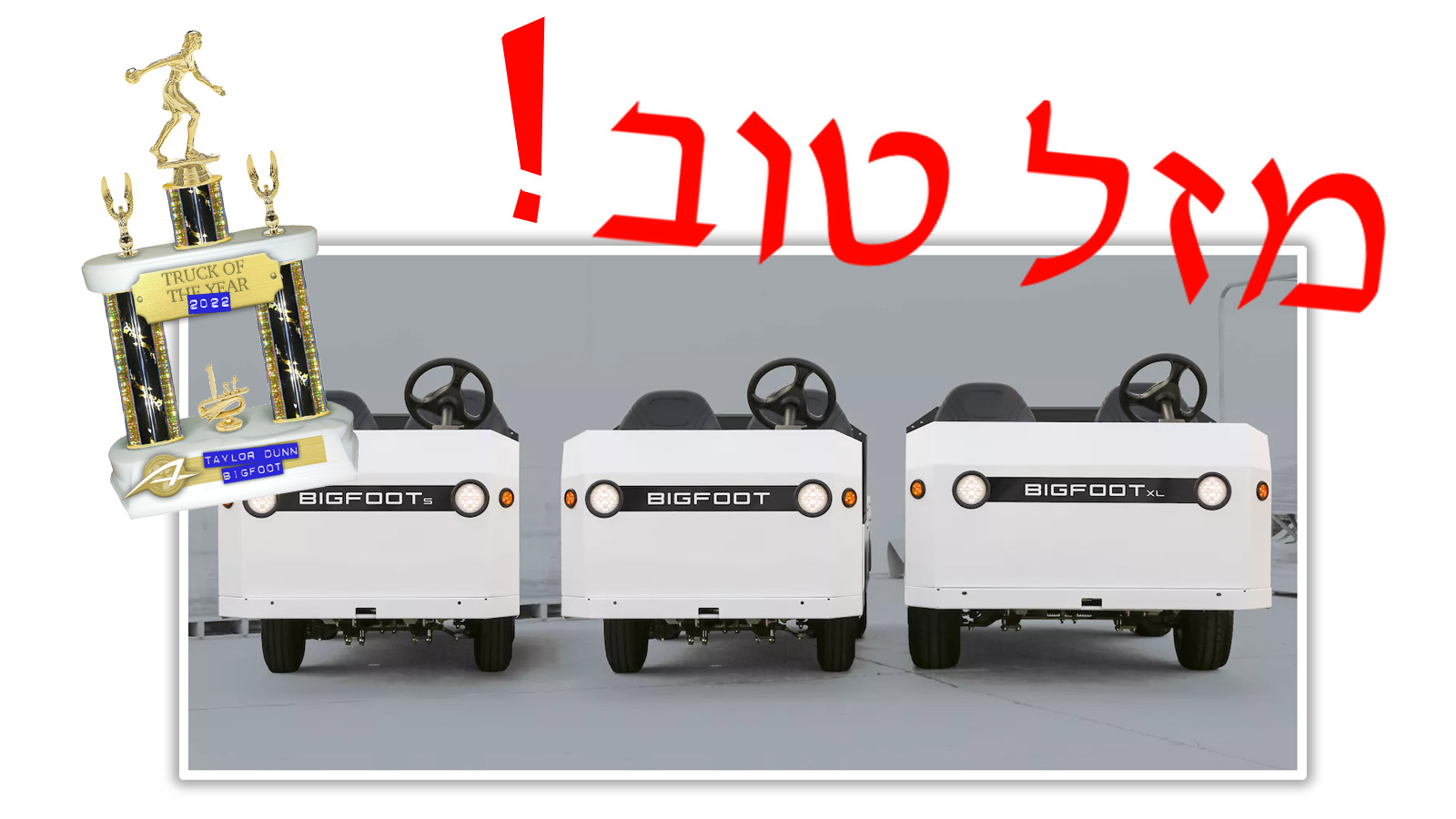 Once again, I’m proud to give a warm and genuine Autopian mazel tov to our 2022 Truck of the Year, the Taylor-Dunn Bigfoot line. Like the mighty Sasqatches they’re named for, the Bigfeet are an elusive yet powerful force, tirelessly working just out of sight, perhaps usually unseen, but never unfelt.

• Watch IIHS Slam An Old F-150 Overloaded To 9,500 Pounds Into A Barrier In The Name Of EV Crash Testing

• Small Block Chevy Or Straight Six Ford: Which Work Truck Is For You?

I'm a co-founder of the Autopian, the site you're on RIGHT NOW! I'm here to talk to you about taillights until you cry and beg me to stop, which I absolutely will not. Sorry. Hug? Also, David's friend.
Read All My Posts »
PrevPrevious‘The Worst Set Of Brakes I Have Seen In My Career’ — A Mobile Mechanic Shares Why He Intentionally Disabled A Customer’s Car
NextWould You Rather Spend Over $250,000 On A Mercedes-Maybach S680 Haute Voiture Or Buy These Nine Incredible Cars?Next