Last week, the Insurance Institute for Highway Safety (IIHS) published footage of a crash test quite unlike the usual new car carnage we’re used to seeing from the organization. IIHS wanted to test its equipment to make sure it can handle new EVs, some of which weigh more than 9,000 pounds. While IIHS doesn’t explicitly say which EV weighs 9,000 pounds, we all know it’s the GMC Hummer EV — that’s not a fact that’s particularly easy to hide. So how does the IIHS crash test rig work and how did these highly unusual crash tests go? Let’s find out.

Believe it or not, propelling a car down the IIHS runway towards a barrier starts with merely 40 horsepower. That’s the output of IIHS’ hydraulic pump which, as IIHS test engineer Bo Jones states in the video below, “pushes against these 18 bottles of nitrogen as we fill up these 245 liters worth of accumulators.”

Once pressure hits 5,000 psi, it’s released to turn a pulley and cable mechanism that gets the car up to speed. It sounds robust, but it comes from an era when cars were much lighter than they are today. 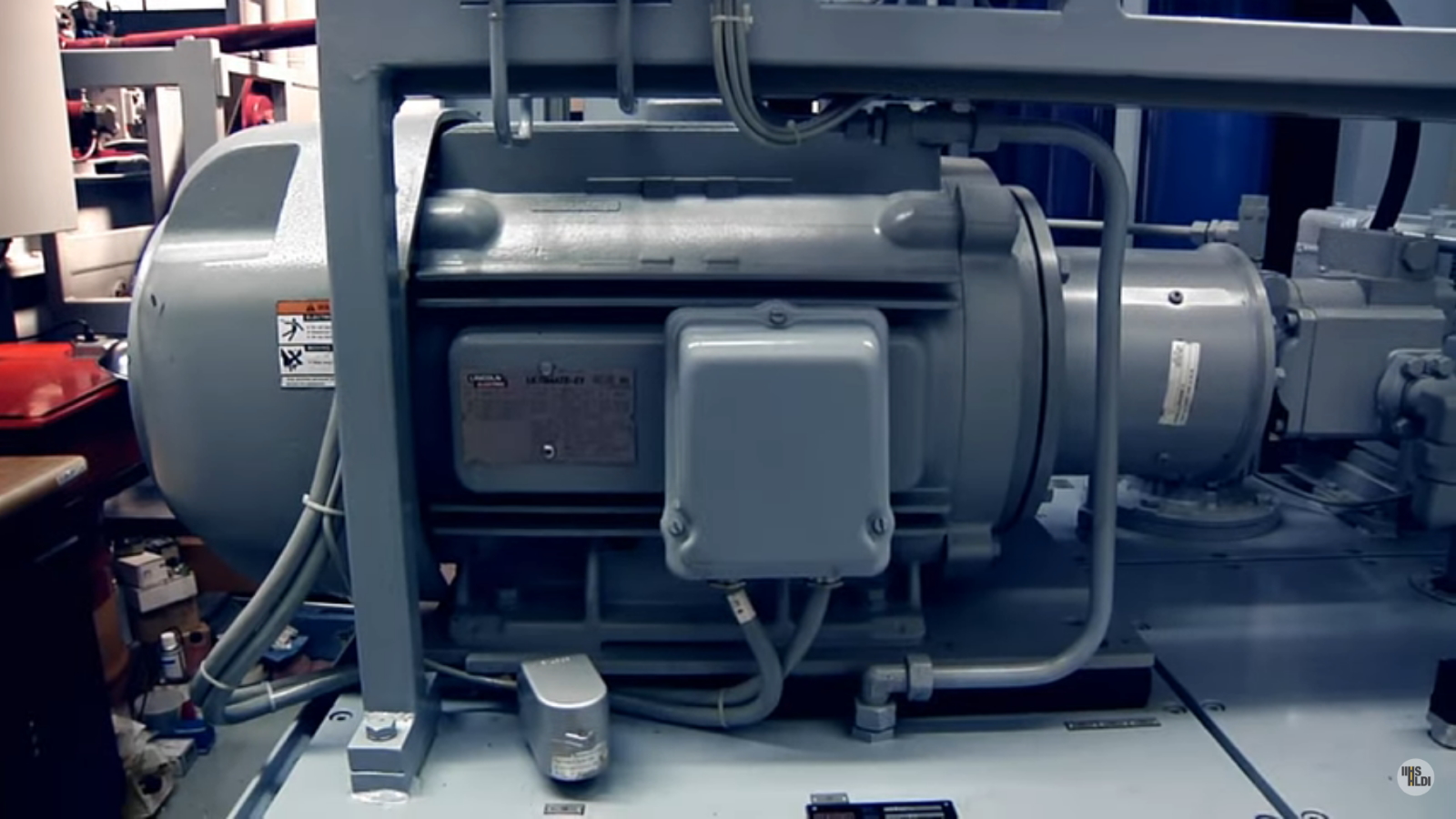 Back in the early 1990s when IIHS started testing cars, a Lincoln Town Car (see below) would’ve been considered incredibly heavy. The trouble is, a 1992 Lincoln Town Car weighs ten pounds less than the lightest Hyundai Ioniq 5 sold in America. Shocking, I know. It’s entirely possible that the people designing the IIHS crash propulsion system never foresaw cars weighing as much as a large orca, so it was rather prudent to test the rig without ruining six figures worth of lithium ion-powered truck. 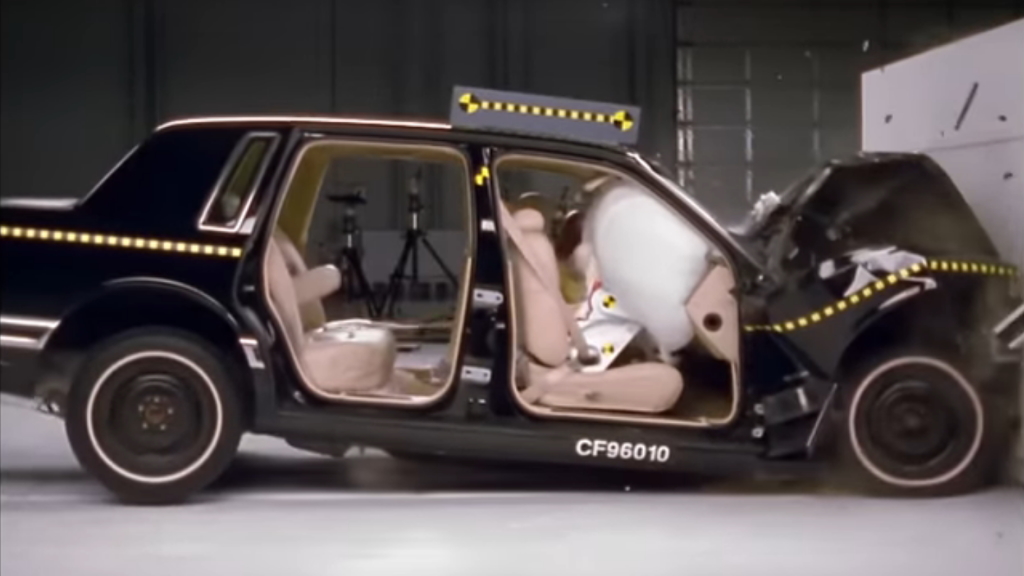 To do this, the lab-coats loaded up an old F-150 and an old GMT400 Chevrolet Tahoe with seriously heavy payloads, then fired them at the barrier with a target speed of 40 mph (64 km/h). The result was a success, with a steady target speed held and a proper crash test carried out. However, while establishing that its rig could accurately pull 9,500 pounds at 40 mph, IIHS has also given us some fascinating visuals of what happens if you crash an overloaded tenth-generation Ford F-150. Just look at that destruction. 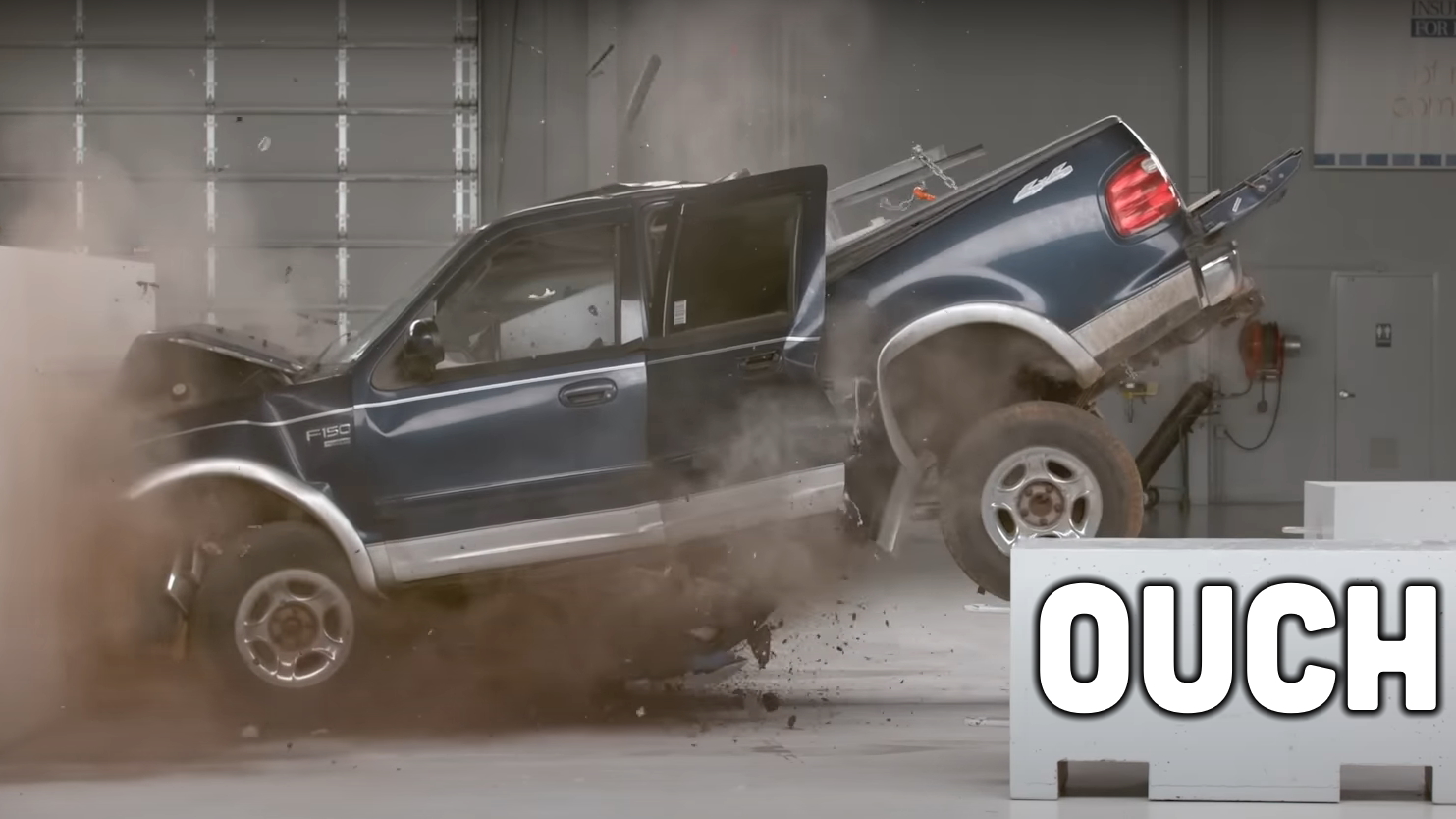 Mind you, there is one big issue here – the payload doesn’t appear to have been strapped in longitudinally. Then again, if someone’s going to overload a bubble-shape F-150 to 9,500 pounds, they might not have the brain cells to rub together to generate the thought of “hang on, I should strap this in both ways.” The whole truck just turned into a banana, with the payload piercing straight through the bed and the rear wall of the cab to extinguish the driver like that giant foot from the Monty Python animations. It’s also worth noting that this generation of F-150 isn’t exactly known for being a safe vehicle and there’s plenty of rust on this truck, but that’s par for the course when it comes to beater trucks. 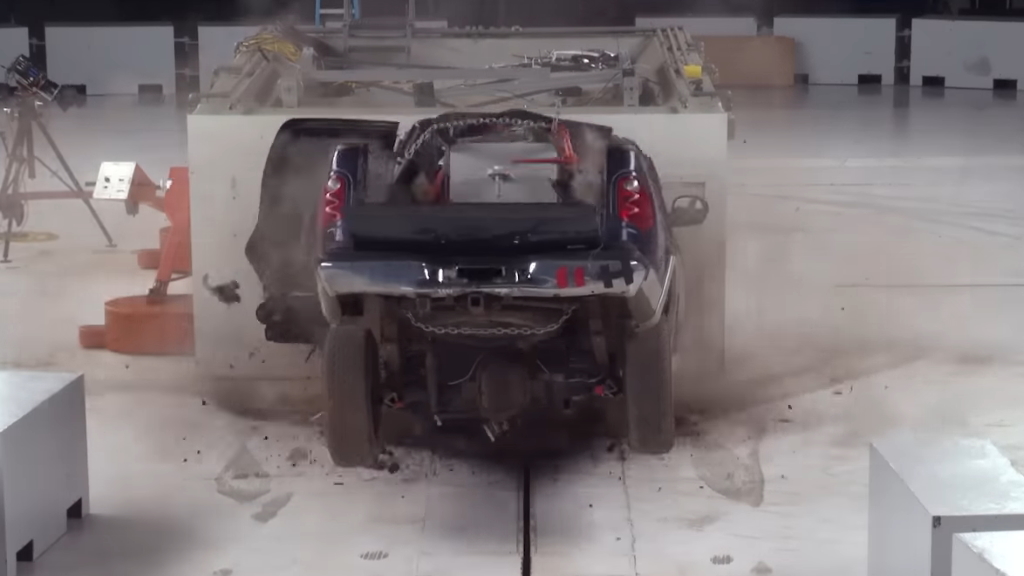 I guess the moral of the story is to secure your cargo, don’t overload your vehicle, and rest assured knowing that IIHS has what it takes to send a GMC Hummer EV into a barrier. Whether or not your daily driver’s crash structure will hold up well against 9,000 pounds of supertruck, that’s an entirely different question.

All photos courtesy of IIHS

Jeep Wrangler Gets Tired During IIHS Small-Overlap Crash Testing, Lies Down For A Quick Nap

Thomas is a Nu Rave-blaring, heel-toe downshifting, maple syrup-swilling, chassis-geeking, junkyard parts-hauling, floppy-haired scenester who's been writing about cars since college. His current ride is a 2006 BMW 325i with the six-speed manual gearbox. Instagram: @thomas.hundal Twitter: @thomashundal
Read All My Posts »
PrevPreviousThe World’s Biggest Shipping Company Wants To Ban Gas-Powered Trucks
NextWe Are All Underestimating The Chevy TrackerNext