“We go over the bump, and right after that, in the corner of my eye, I saw a gray Chevy Traverse and BAM… the car got thrown down the road about 50 feet,” said Gabe Iannone, a student at a technical institute who has been driving home to New Jersey from school in Pennsylvania pretty much every weekend to wrench with friends on his 1975 Plymouth Valiant. Recently, he got the vehicle dialed in and running great, but then this past Saturday evening, disaster struck.

Iannone posted some photos to the Plymouth Valiant Fans Facebook page, where I spotted them last night and shuddered in horror. Obviously, my first concern was for the safety of those in the Valiant; the thing looks hammered. My second thought was how sad it was for the world to lose such a beautiful classic machine. Iannone replied to my message that asked about him and his car, and he gave me the full story of how he and his two friends were injured, and how his prized 1975 Valiant met its demise.

The Universal Technical Institute student bought the Valiant from a MOPAR-collecting friend in June, and though the 47,000 mile, 225 slant-six powered cruiser was running, it wasn’t smooth and it was pulling fuel from a jerry can. Last week, he did some tuning. “I got a gas tank for it, hooked everything up,” he said. He’d rebuilt a Holly 1920 single-barrel carb, and after figuring out that he’d forgotten to hook up the distributor vacuum advance, he got it running “A-OK.” 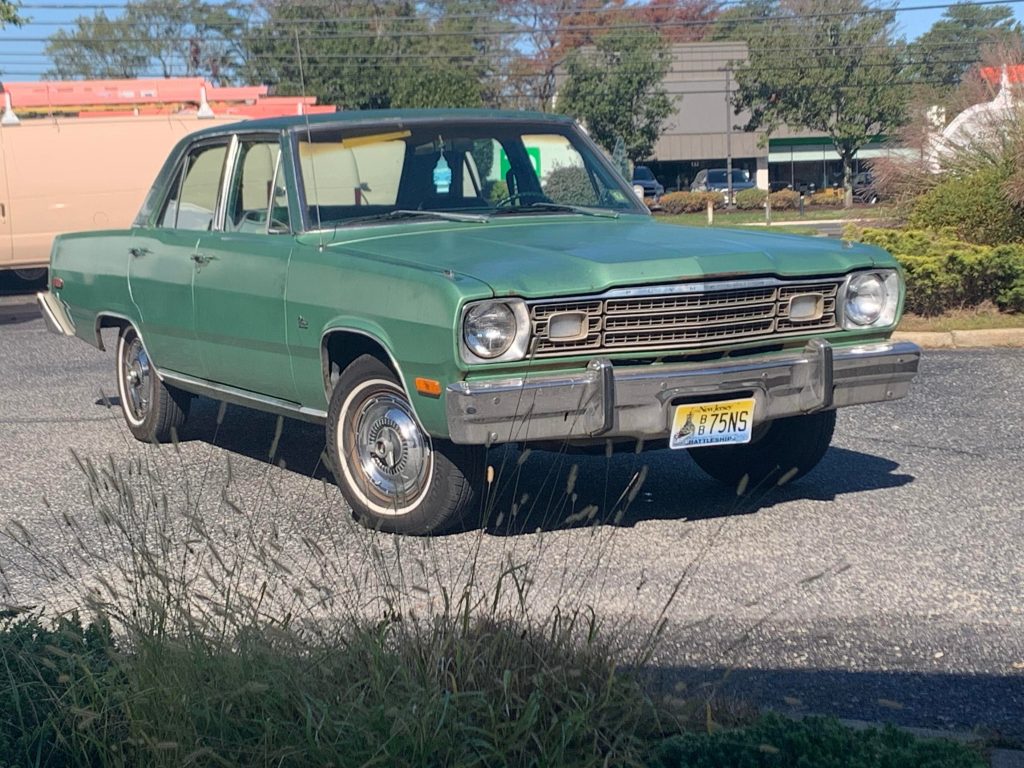 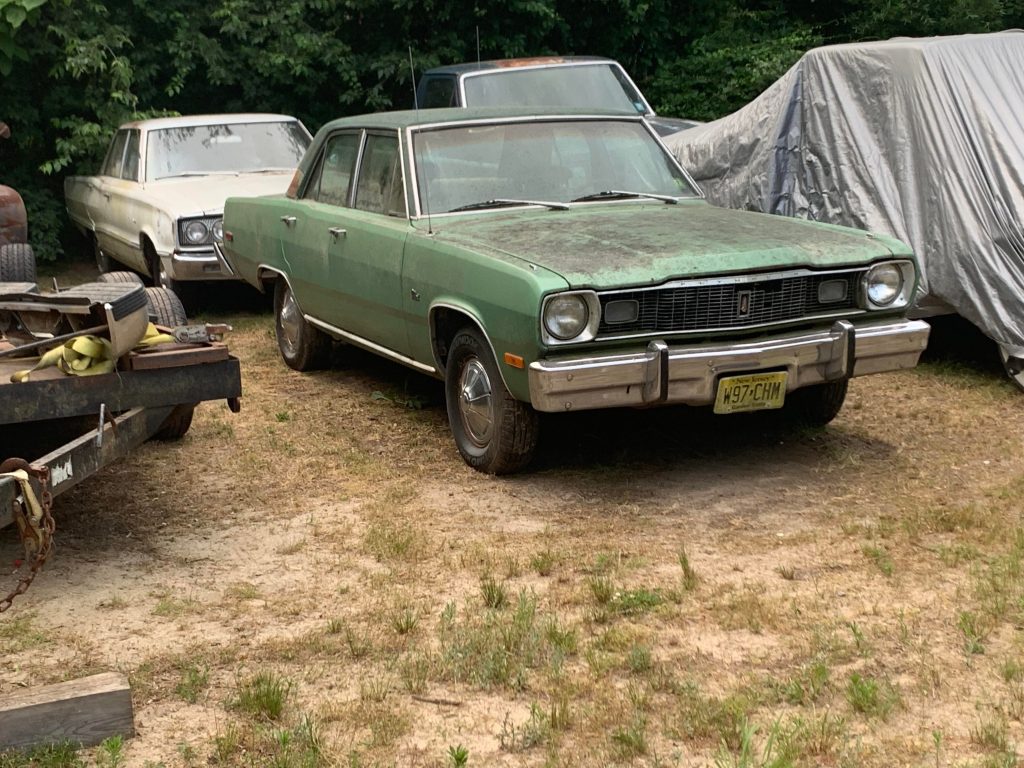 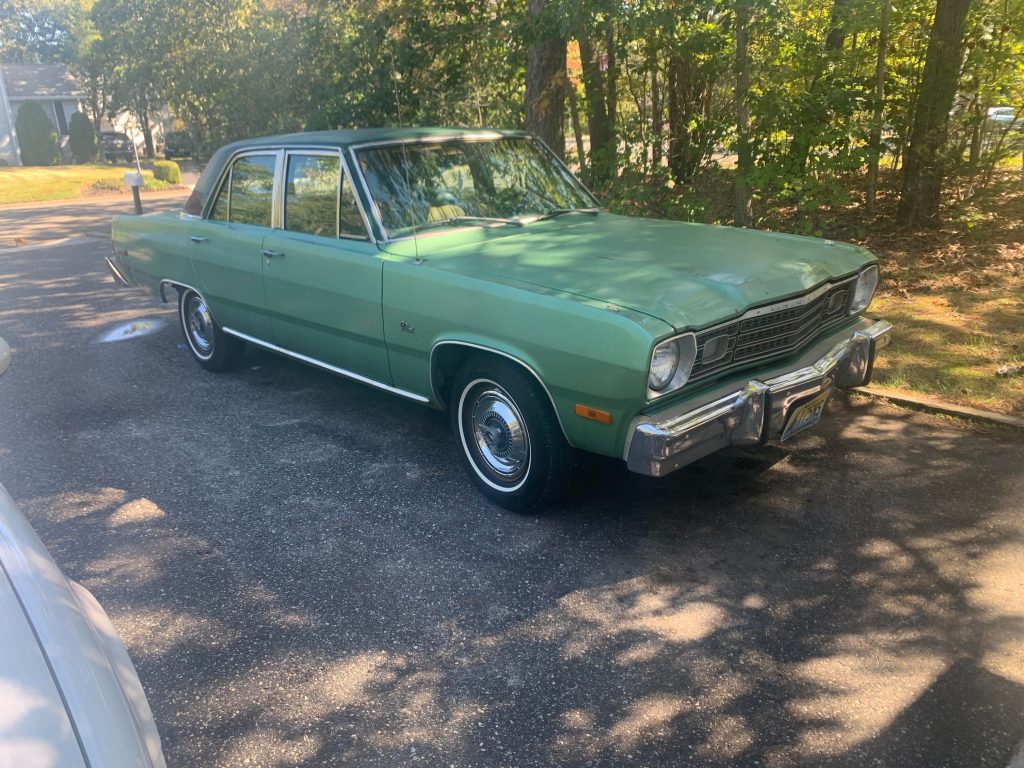 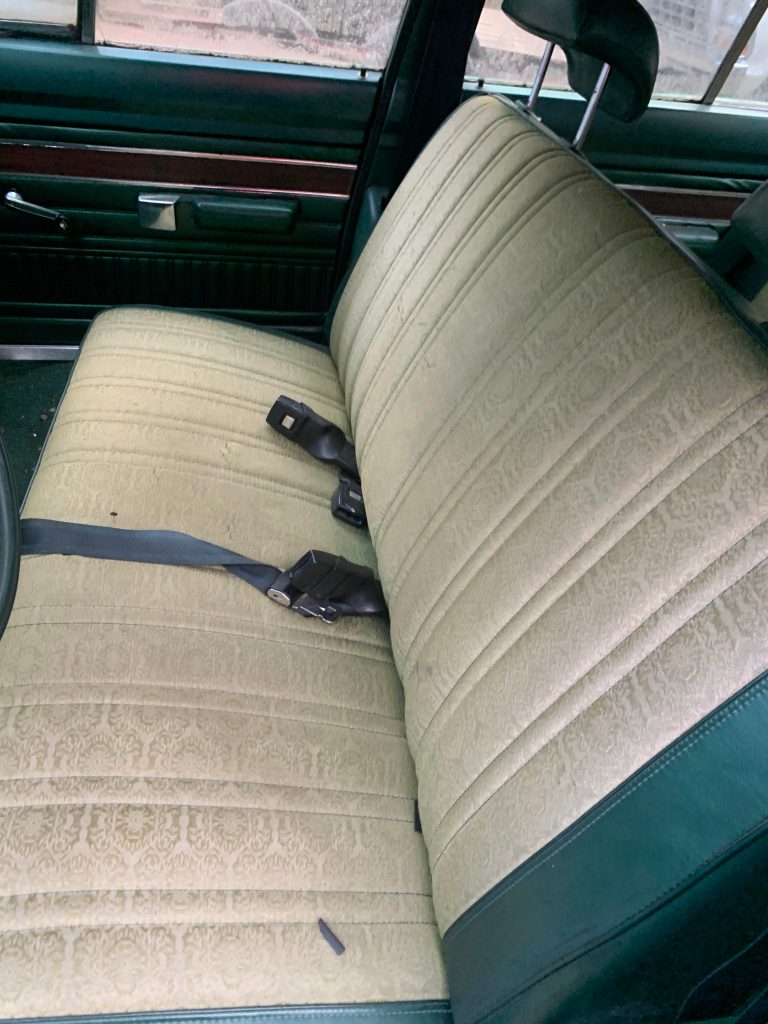 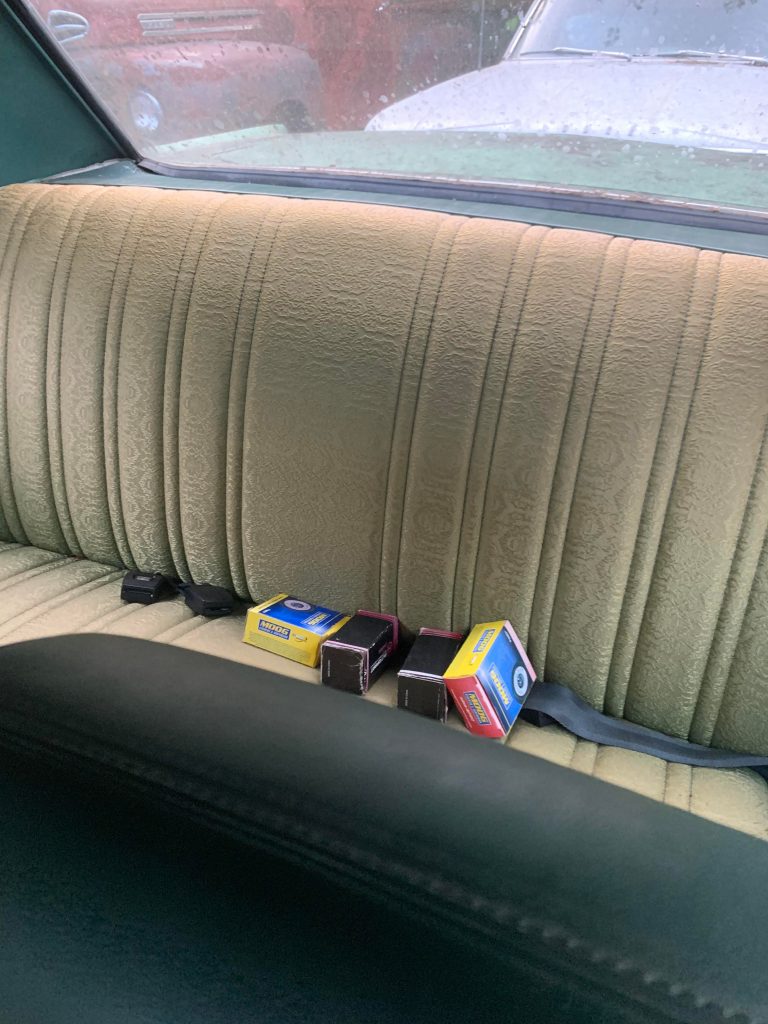 As he described his car, which had an automatic transmission and functioning air conditioning, I said “nice,” complimenting the machine. “Yeah, it’s not nice anymore,” Iannone quickly retorted, before continuing his story, clearly still reeling from the freshness of his dearly departed machine. “I live on this road called Corsons Tavern Road,” the 20 year-old continued. Referring to his 19 year old friends Ed and Christian, he went on: “We were going to the Walmart to buy some buffing compound to buff the hood, see how the paint would look,” he went on, “[We took the Valiant] because everybody likes the Valiant. It’s a comfortable car…[a] great car.”

They drove through an intersection, slowing down for a rather tall mound that everyone in town knew required hitting the brakes for. “Everybody knows to slow down even if the light’s green, to 30 mph. So I slowed down…we go over the bump, and right after that, in the corner of my eye,” he said, “I saw a gray chevy traverse and BAM… the car got thrown down the road about 50 feet.”

“I went through the light, she hit me going 55 because she said she wasn’t paying attention and didn’t see the light,” Iannone went on, admitting that he wasn’t sure how she’d missed that obvious red light.

“My windshield was somebody’s welcome mat,” he said. Referring to a house near the crash scene, which itself was within a mile of Iannone’s house, the student told me: “When [the house occupants] opened their door, they stepped onto their first stoop, and the windshield was over their welcome mat. All they heard was ‘crunch crunch.”” 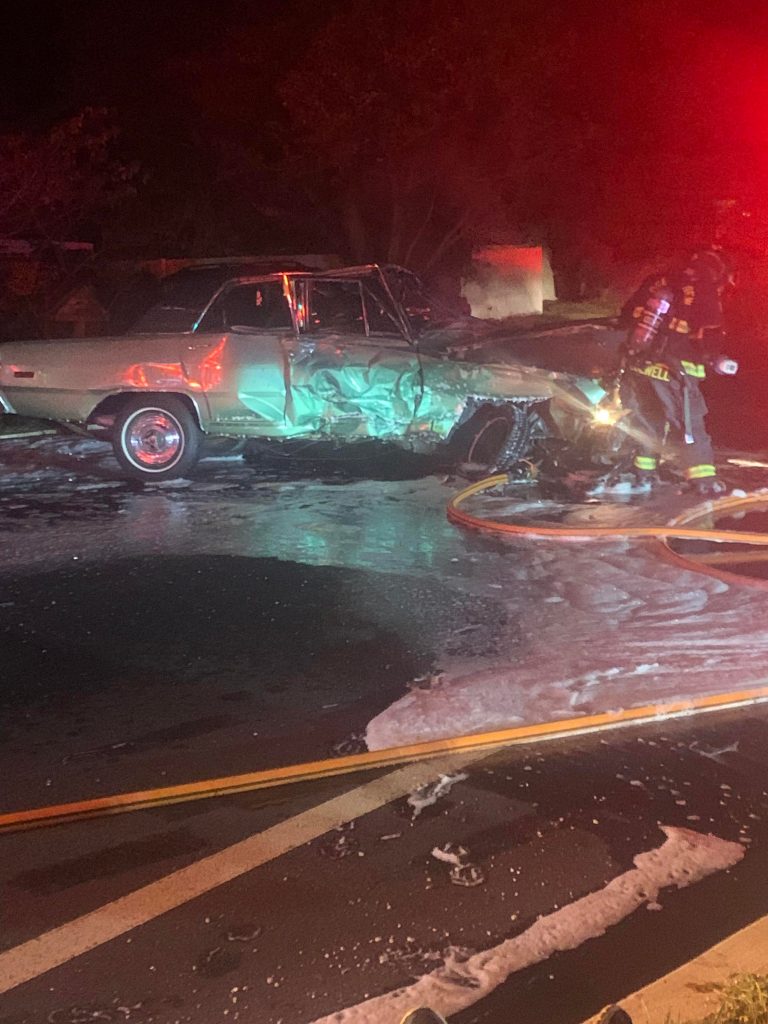 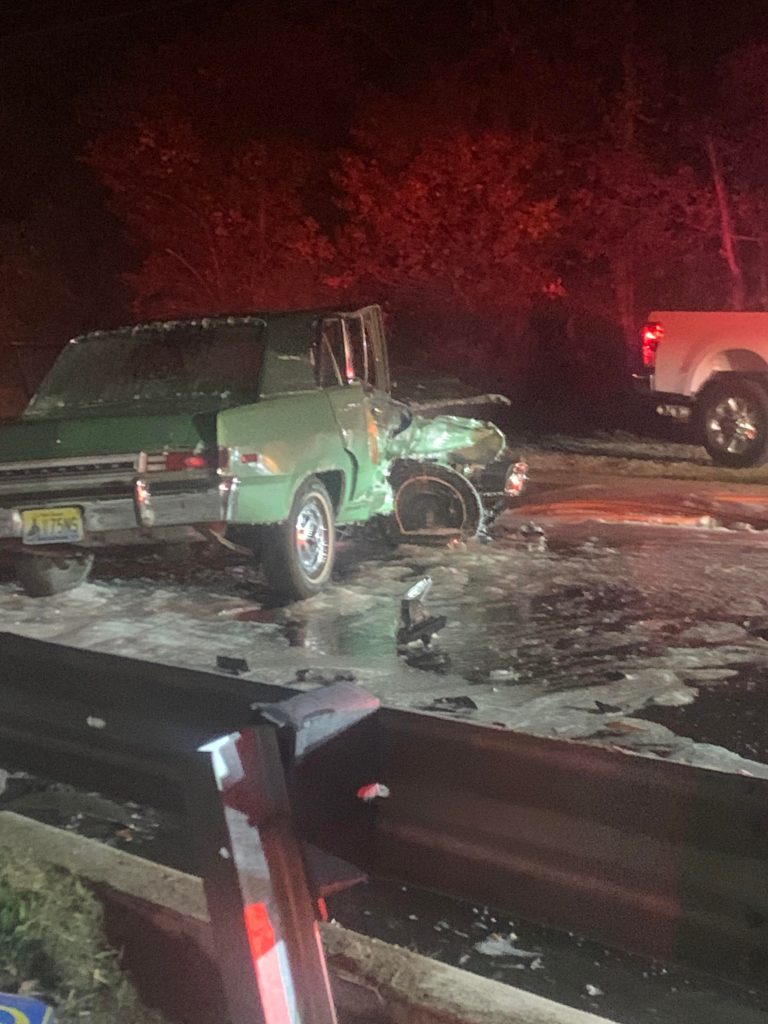 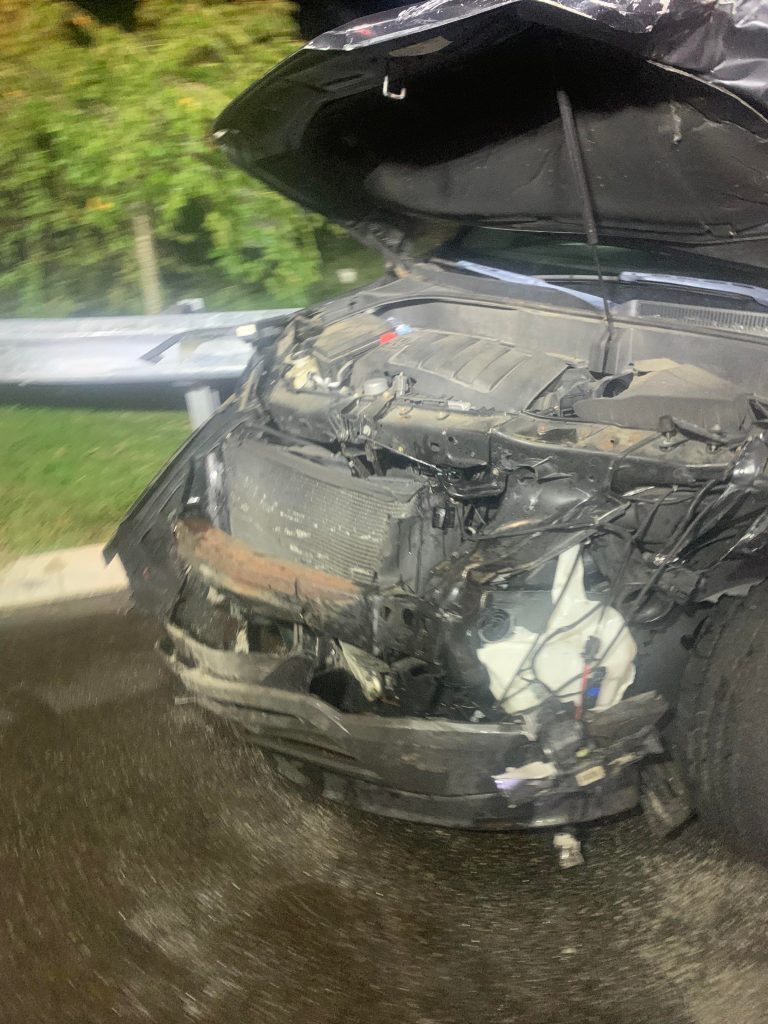 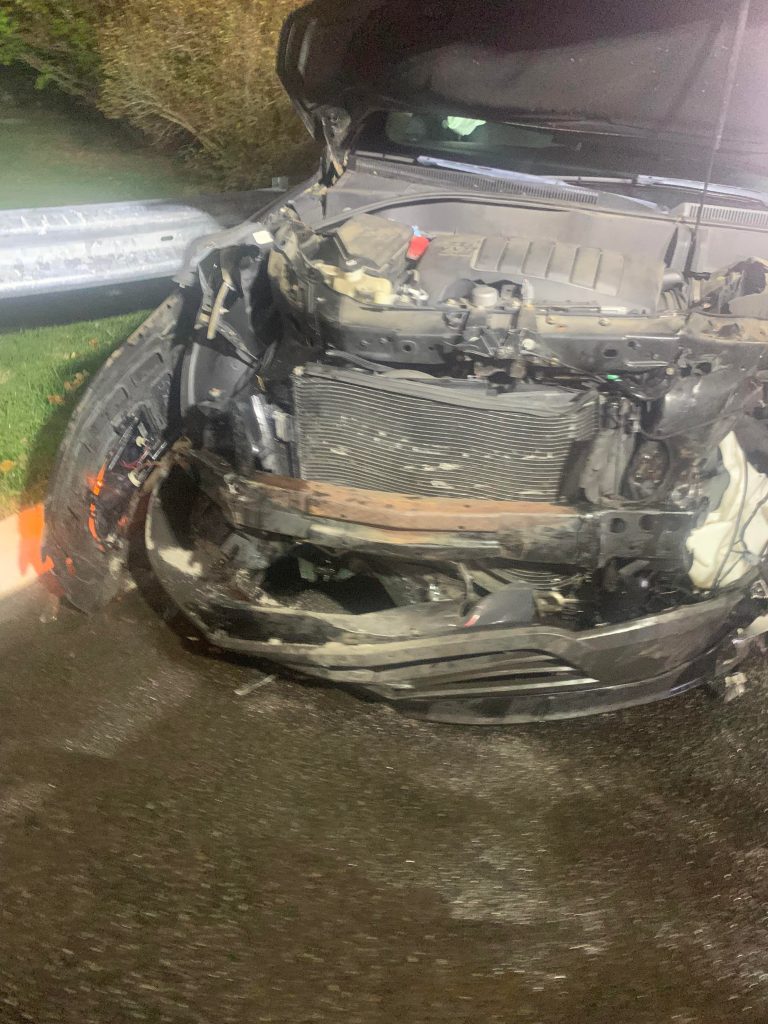 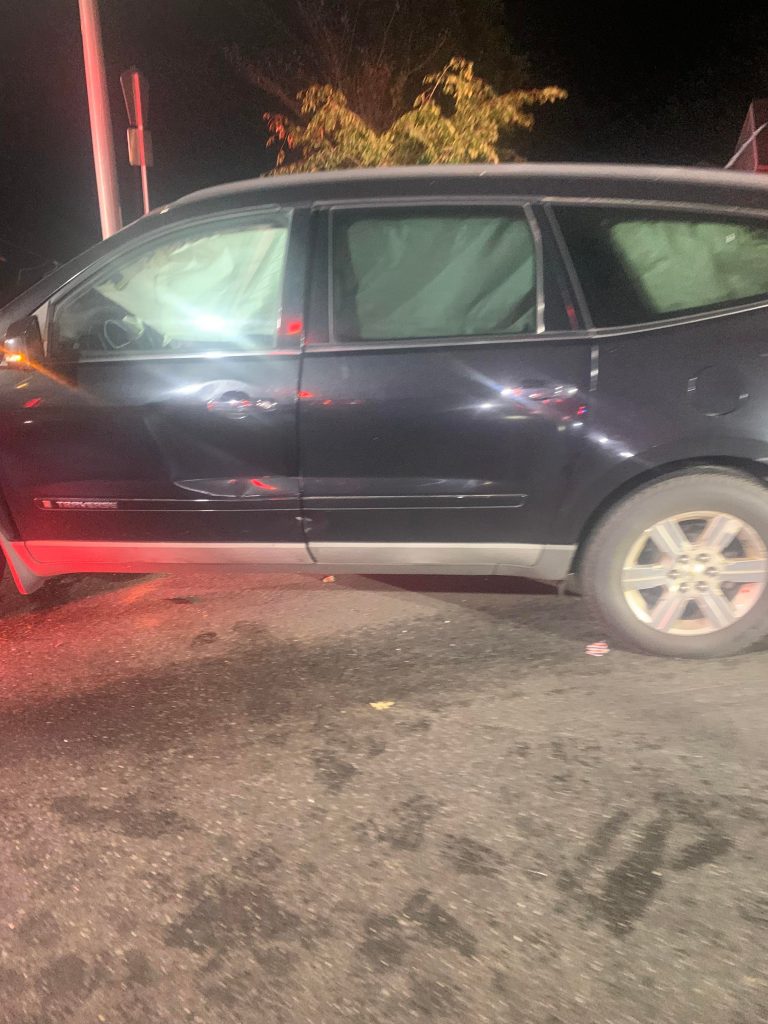 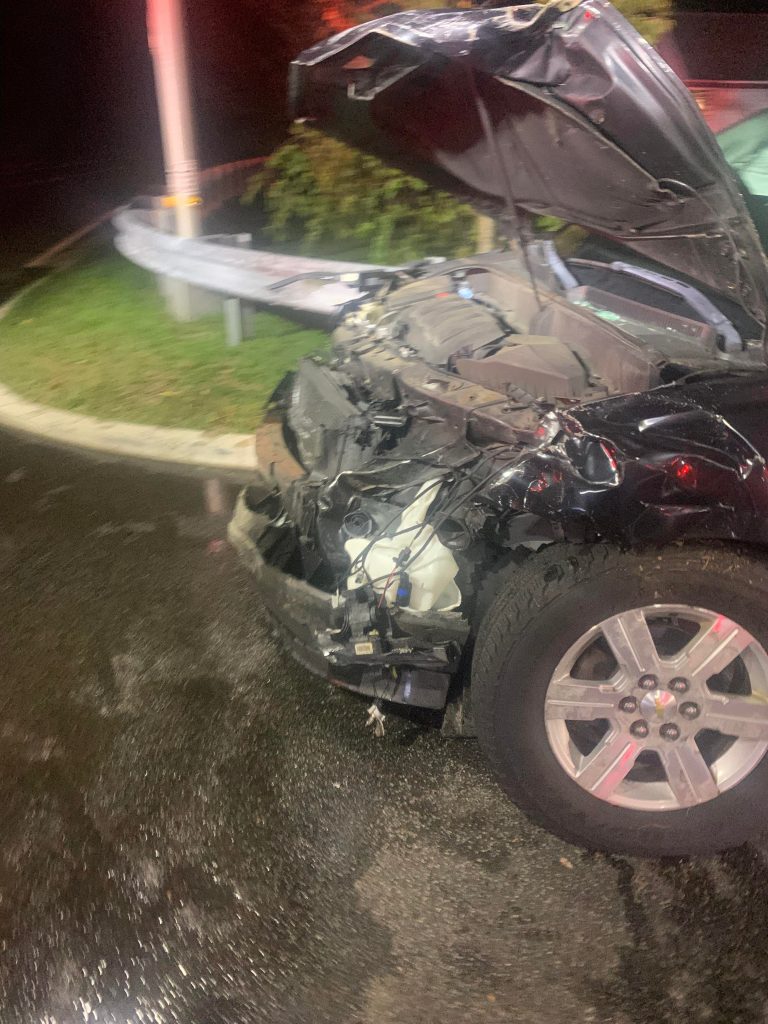 The driver in the other car was an older woman. “She was in her 60s…She didn’t get out of her car; she was so scared — didn’t know what happened,” Iannone described, saying he wasn’t sure how to respond at first. “I just hugged her,” he said, saying we all make mistakes, and that he’d “let the [officials] do their stuff.. I’m not gonna yell at [the other driver].” He figured it was a bad situation, and everyone felt like crap anyway; no need to make things worse by yelling. “I just let people do their investigation,” he told me over the phone, saying he was the least injured of the trio in the Valiant.

Ed, a heavier guy, was sitting on the right side of the front bench. “[The three-point belt] saved Ed’s life and it also saved mine,” Iannone reckons, saying Ed would have been thrown into him had it not been for that belt. “He took the brunt of the impact,” referring to his friend, who — like Christian — he’d known from high school (he worked with them in shop class, among other places). “[Ed’s] ribs were bruised really bad. And the doorframe and the windshield frame hit and smashed into his head. He has eight staples in his forehead.” In addition, he bit his tongue, which is now swollen.

Christian didn’t fare well, either. “Christian…wasn’t so lucky. He had a lap belt on. He ate his kneecap… when we hit…he broke his two front teeth off. He needs oral surgery. His teeth went through his bottom lip… it was 30 stitches.” 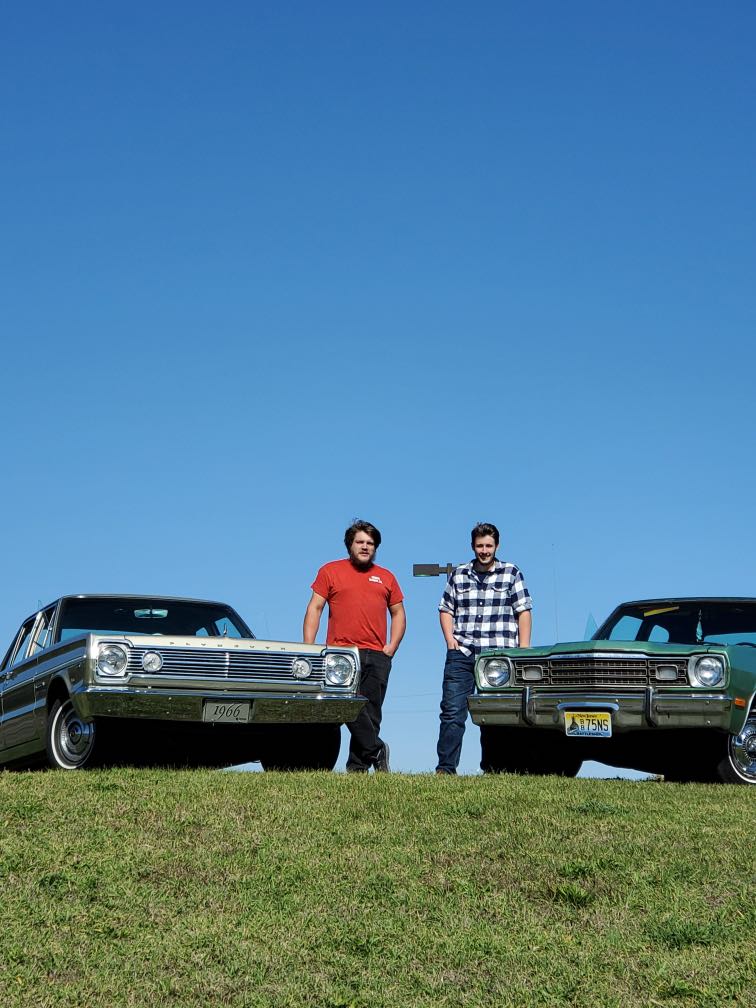 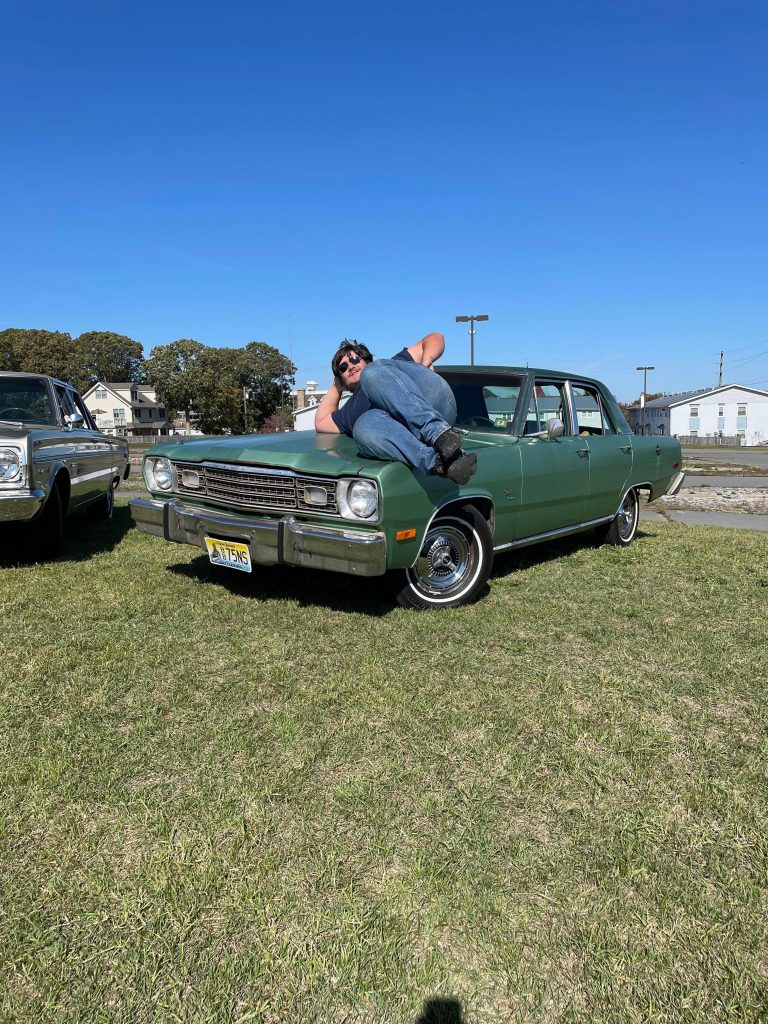 As for Iannone: “I have a swollen leg…and I almost lost my earlobe,” he told me, saying: “the column came down and smashed my leg.”

The young car-nut, whose dad and grampa had always had old cars, started his automotive journey with a Jaguar X-Type, but then quickly moved on to three Mercury Grand Marquis, all of which have been killed in accidents. It seems Iannone has lousy luck. “That’s all I drive. I buy these old fashion grandpa cars: Body on frame V8s,” he said, telling me he replaced his 1975 Valiant with a 2006 Lincoln Towncar that he picked up from a friend.

He reminisced about his gorgeous Valiant, into which he’d just thrown new belts, and a new radiator. He’d kept the AC compressor he had to remove to fit his oversized radiator, in case he wanted to restore the car back to original shape. “I put 1000 miles on it in 2 weeks,” he said. “[The car was] at 48,210 miles when it met its demise last night” 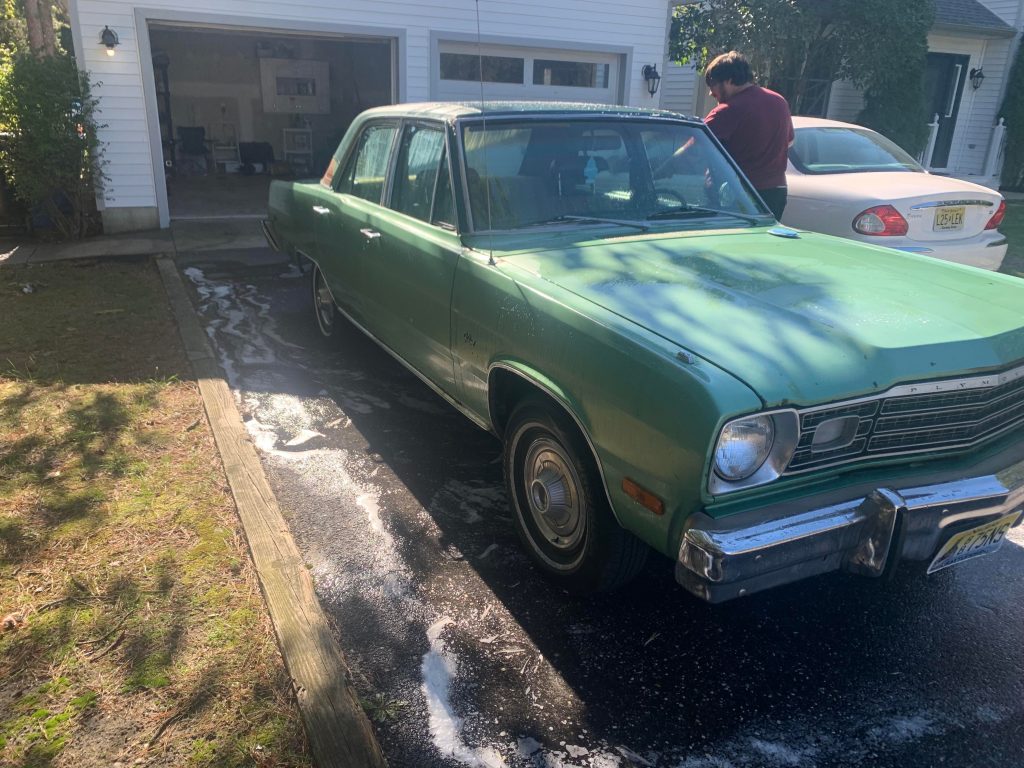 “I came home every weekend in college,” he said. “[I] busted my ass off with my friends.” He told me he understands that the Valiant wasn’t a traditionally “cool” car, and that it’s just one of those cars that leads old-timers to tell you: “You know, my mom had one of those.” Plus, the thing wasn’t in that great of shape, even if it looks nice in these photos. “You could see my torsion bar through the passenger side floor,” he told me. Still, the low-mileage car last inspected in 1996 had only cost him $1,000, and he loved it.

“What brings me joy is my cars,” he told me over the phone. “When I got this valiant, although it wasn’t perfect, it was my first gateway into the classic car community.”

“I worked at a tire chain, and I daily drove that car…for a couple months,” he said, telling me he is even renting a garage space for the car for $100 a month.

As for his plans, Iannone just wants to have another cool car, and to be properly compensated. “I don’t want anything else besides what I’m owed,” he said. “She had airbags and she was in a little bubble…and I was in a playing-card castle.” Indeed, he was in a fragile contraption compared to that big Traverse. Just look at the damage to his car and compare it to hers shown above: 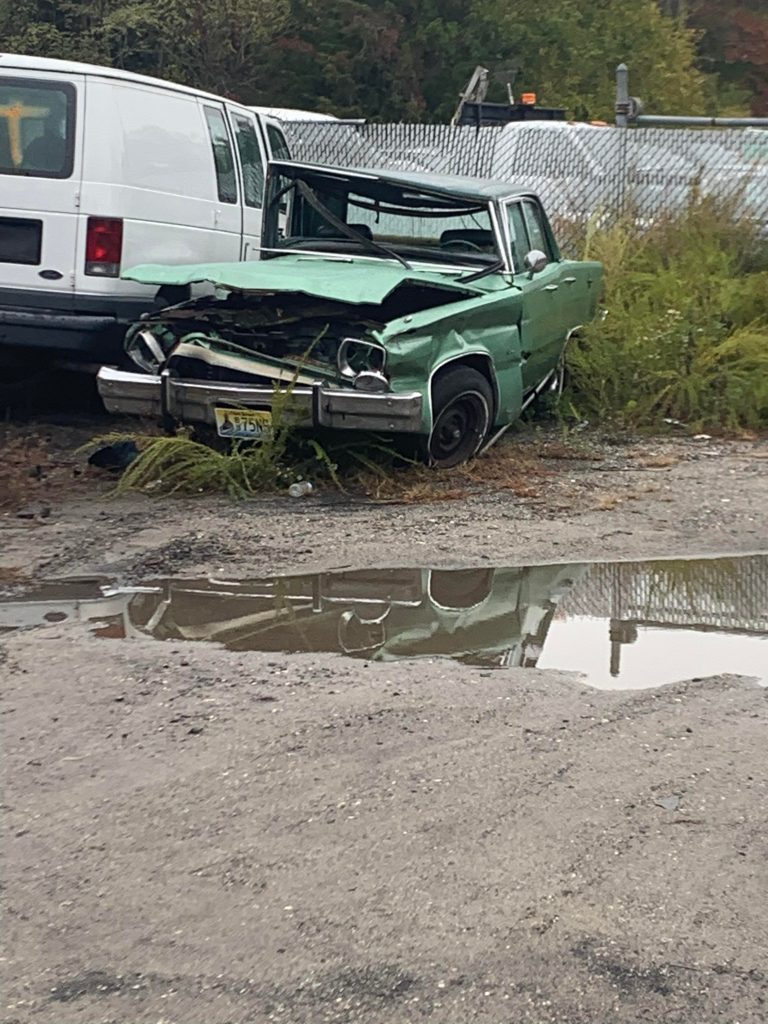 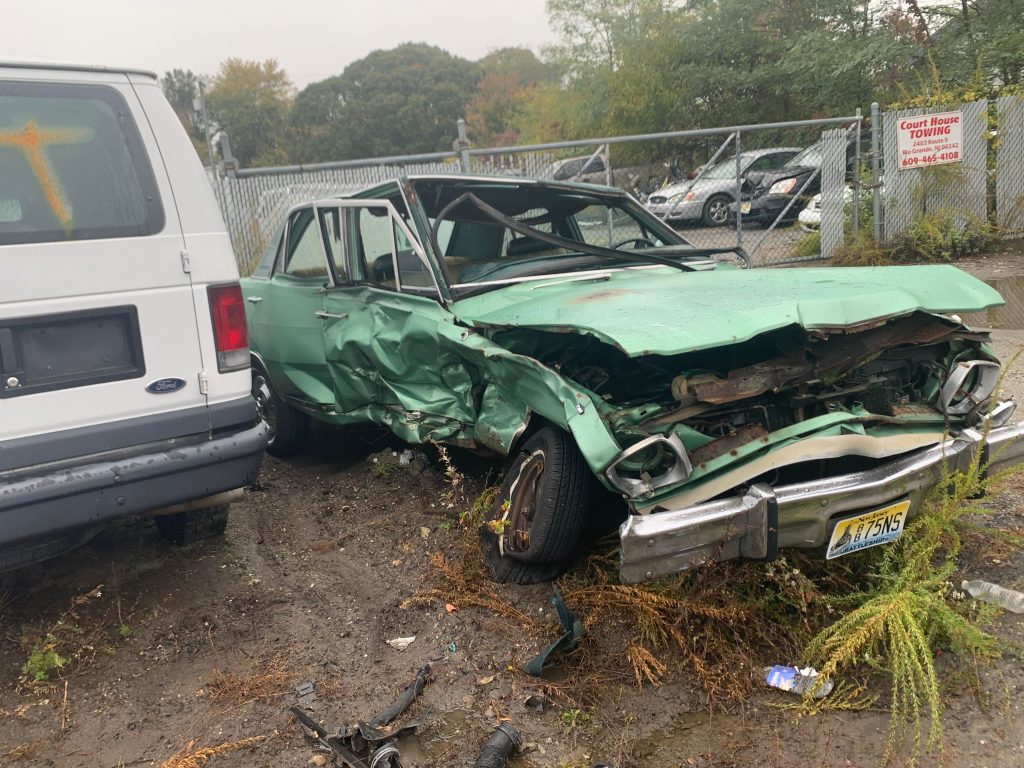 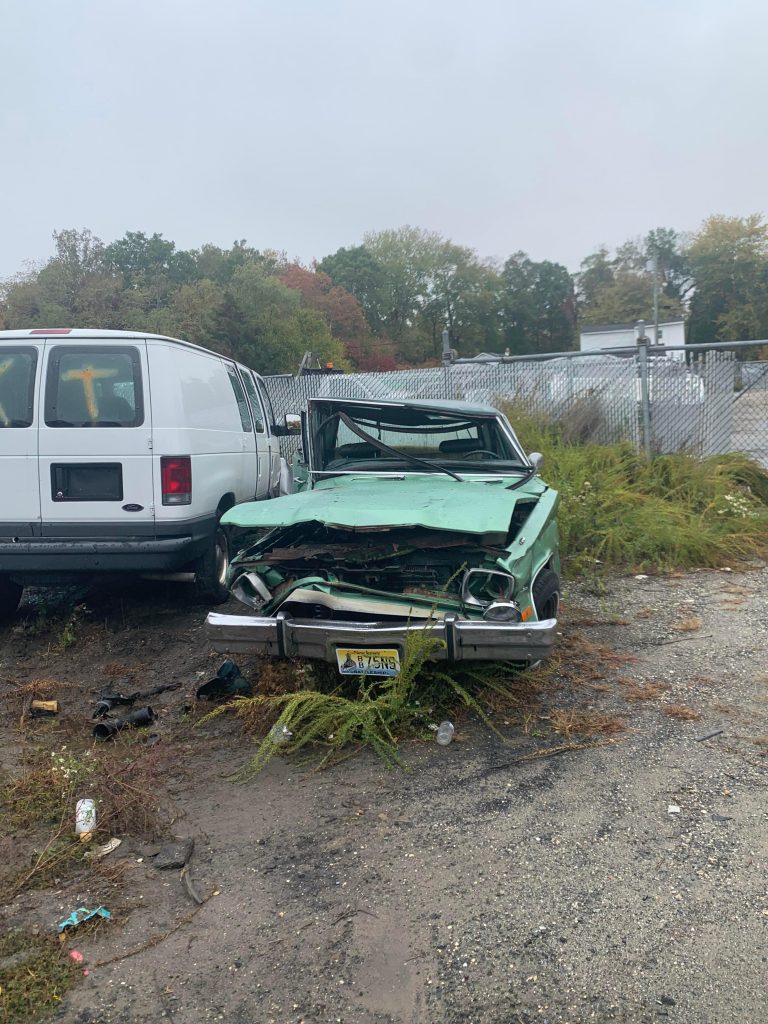 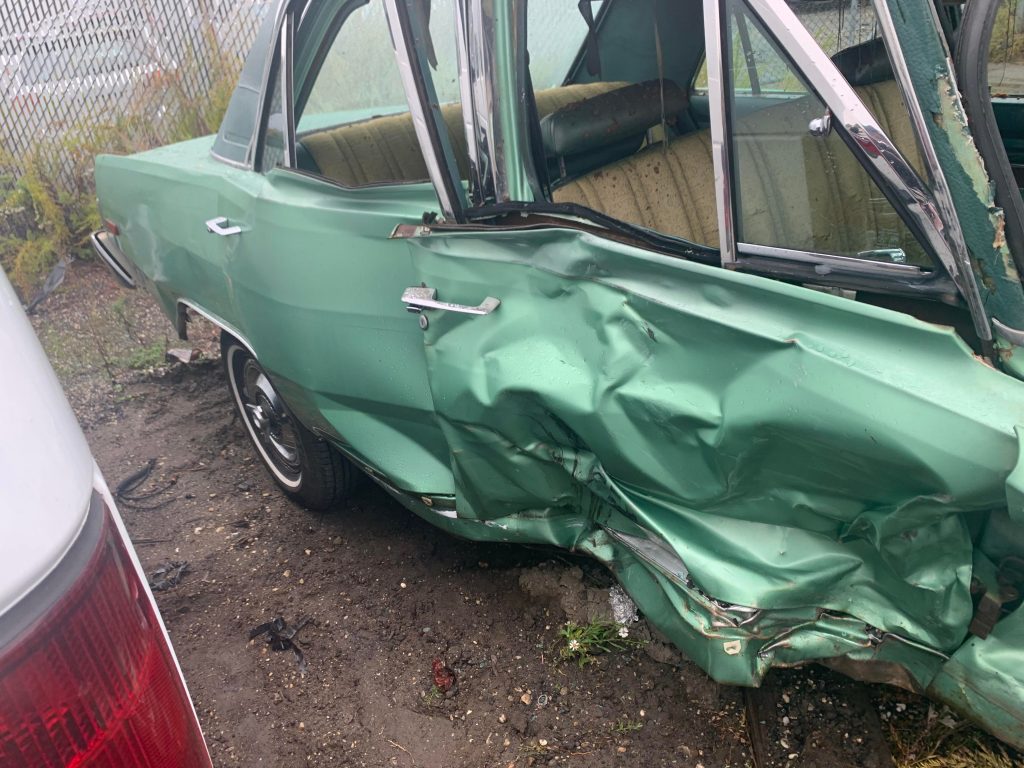 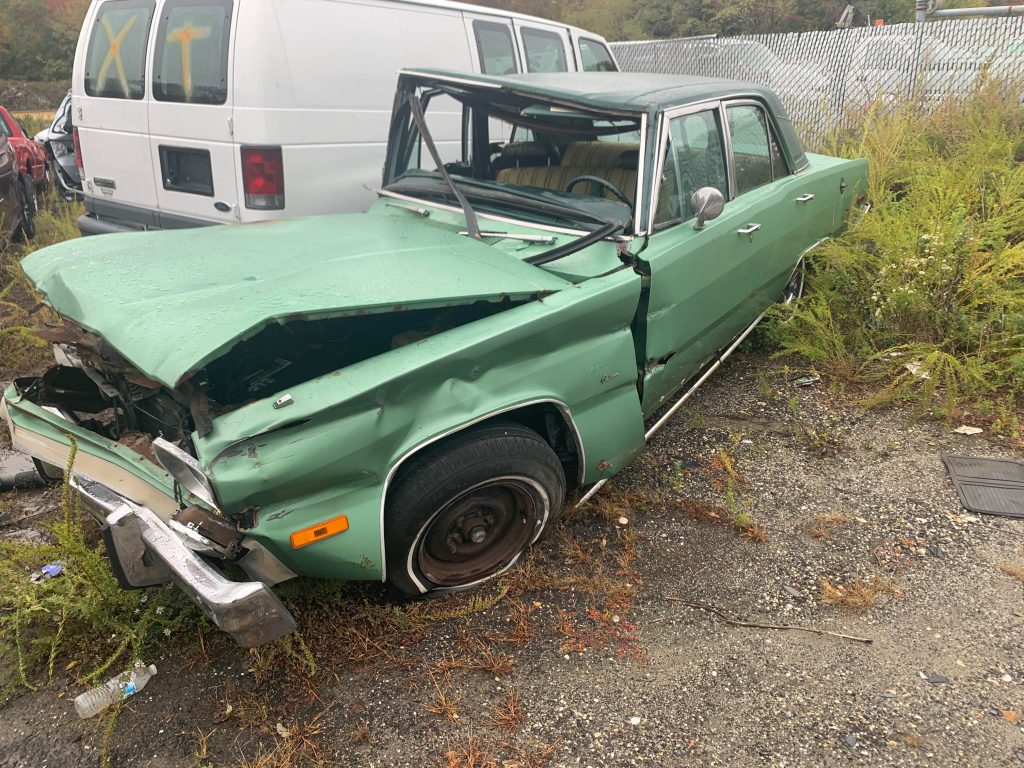 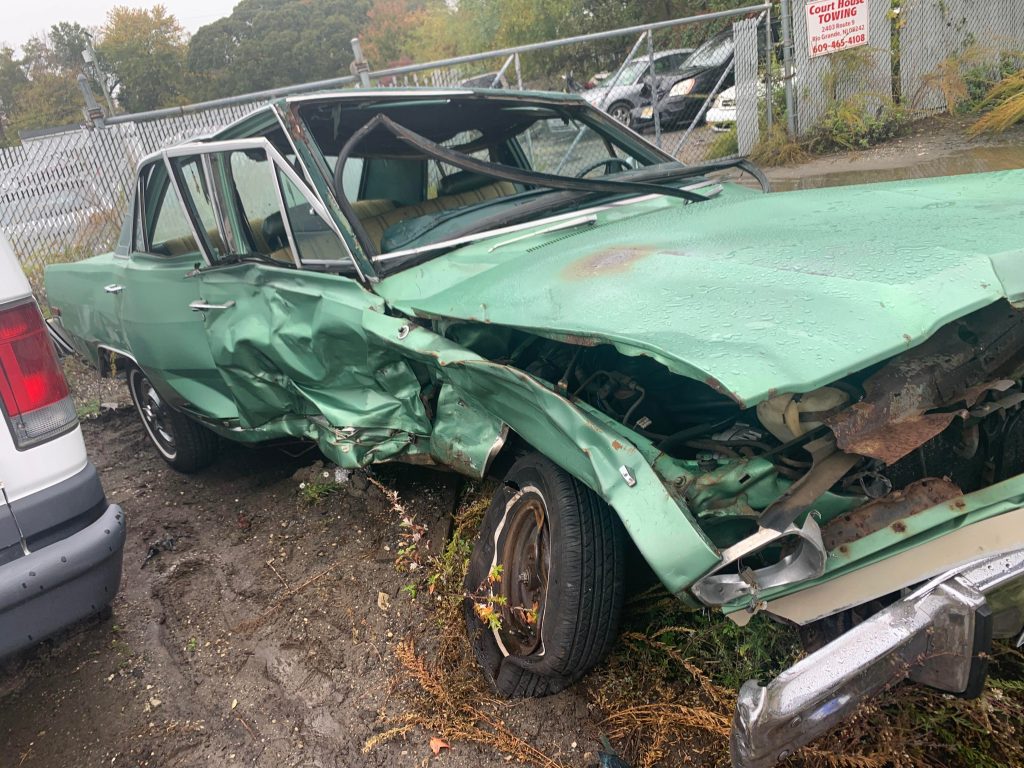 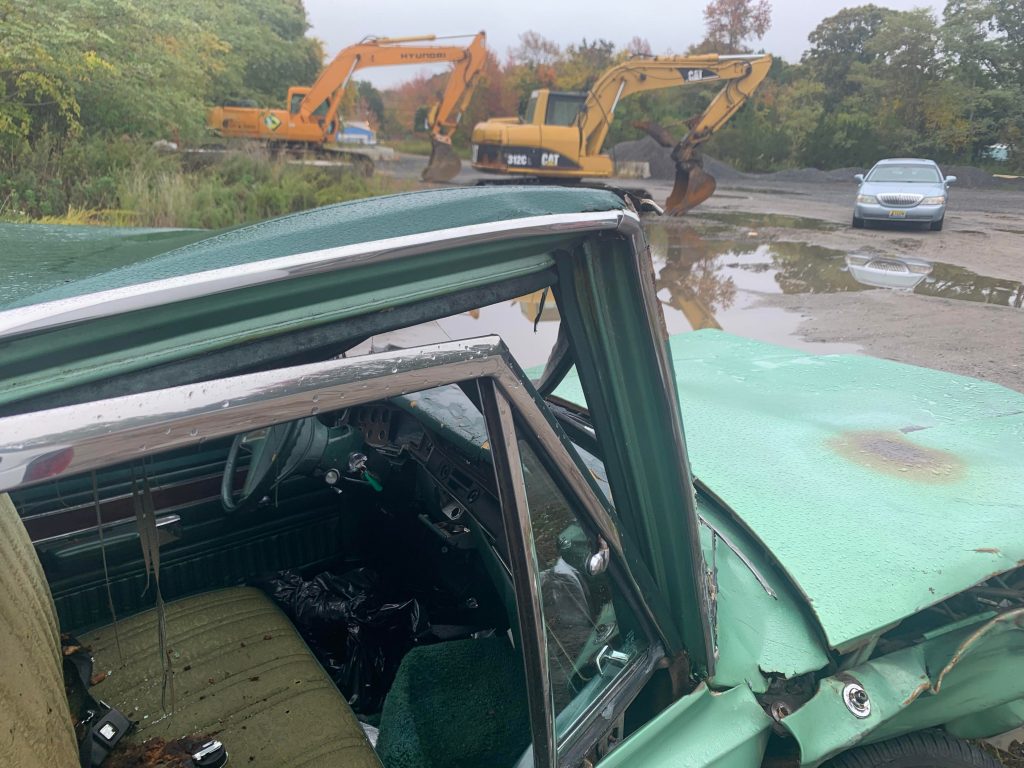 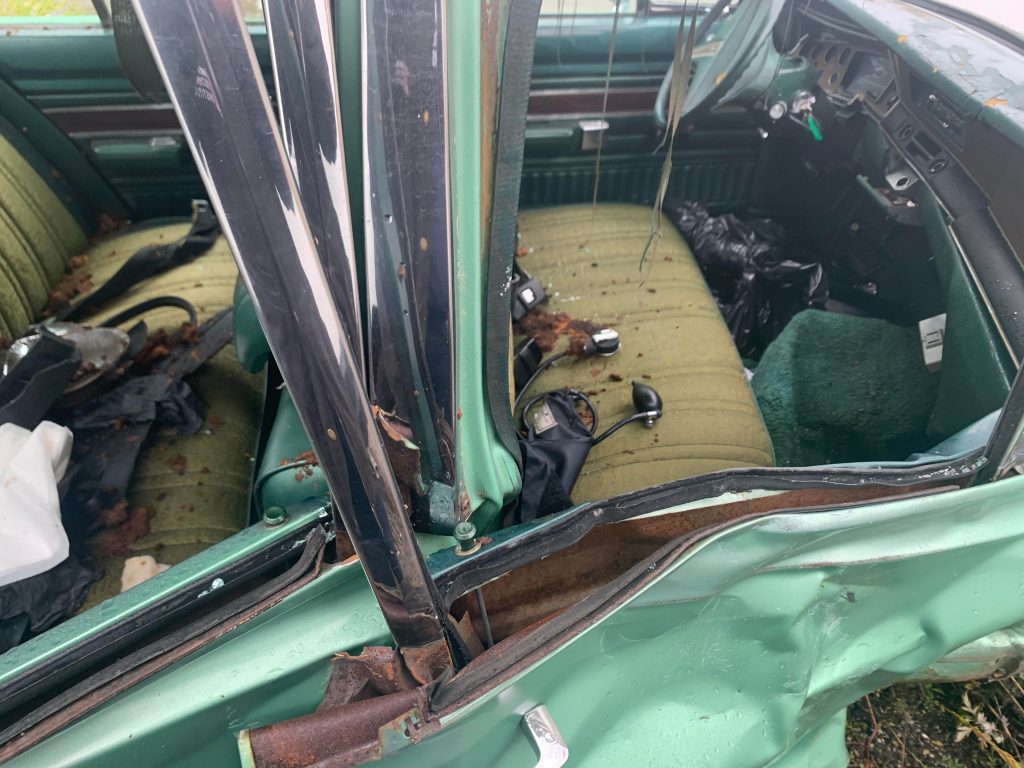 “The Traverse..it looks more savable than the Valiant…The Valiant just got creamed,” Iannone told me. “It just looked like a piece of tinfoil. It’s not savable.” 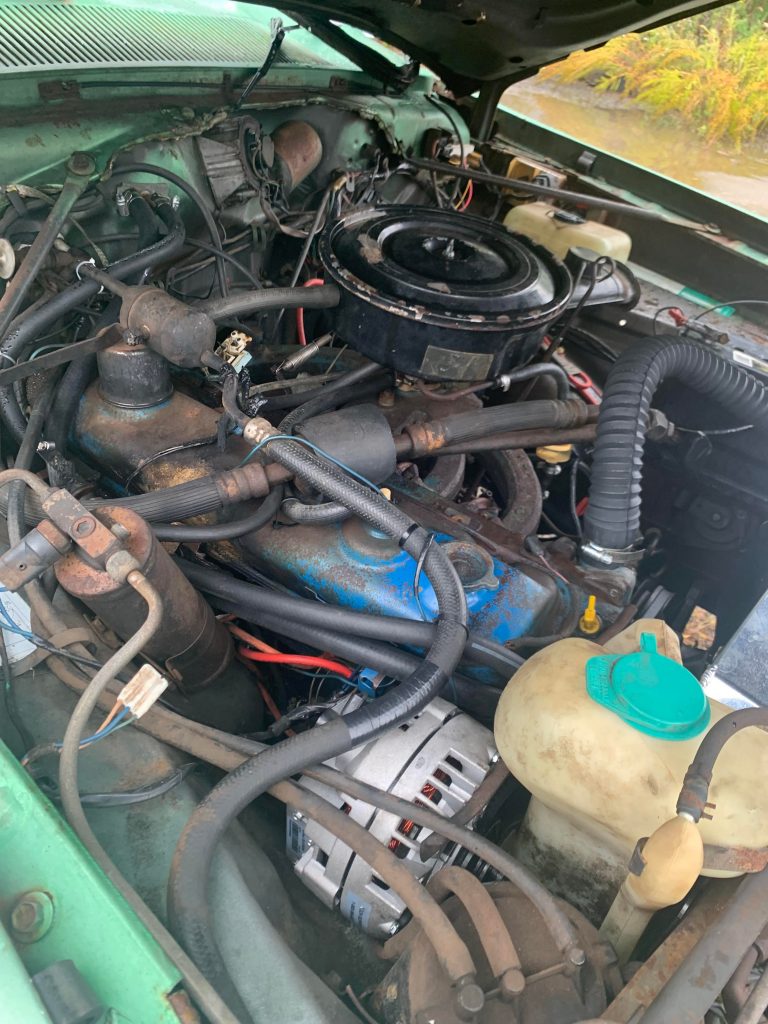 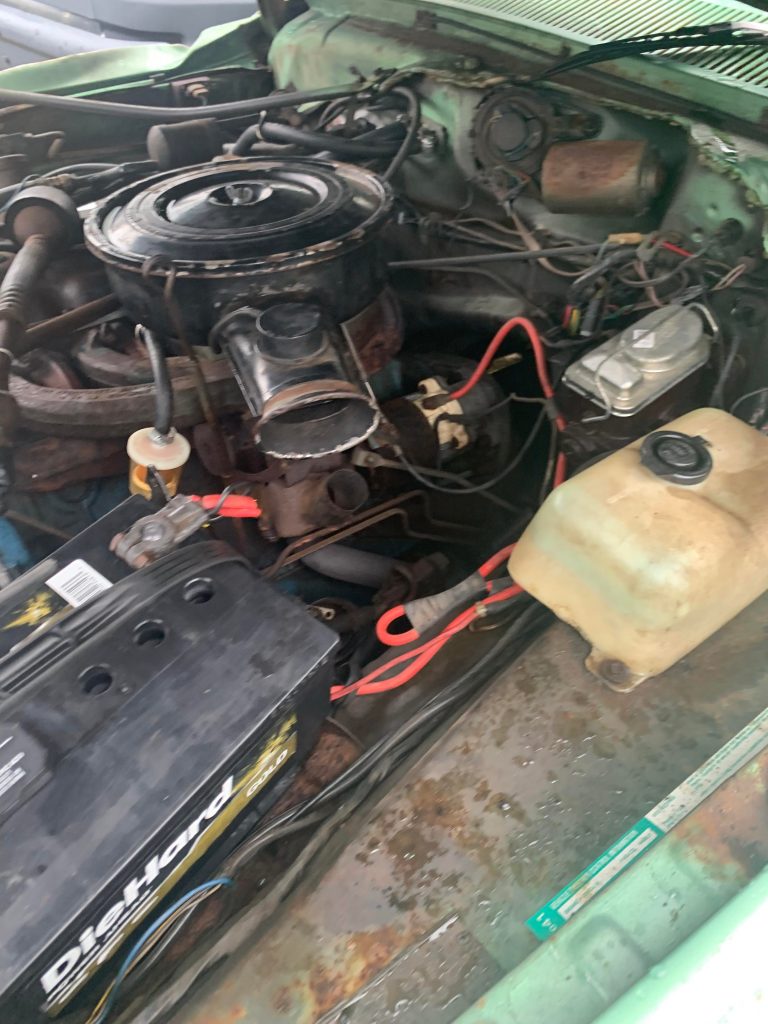 Rust-loving Jeep man, cofounder and EIC of The Autopian, Jason's friend. Email: david@autopian.com
Read All My Posts »
PrevPreviousWatch As People Desperately Try To Prevent Electric Cars Damaged By Hurricane Ian From Starting Fires
NextYou Can Buy This Incredible Fiberglass Camper For Just $2,500. Here’s A Look At Some Other Dirt-Cheap RVsNext