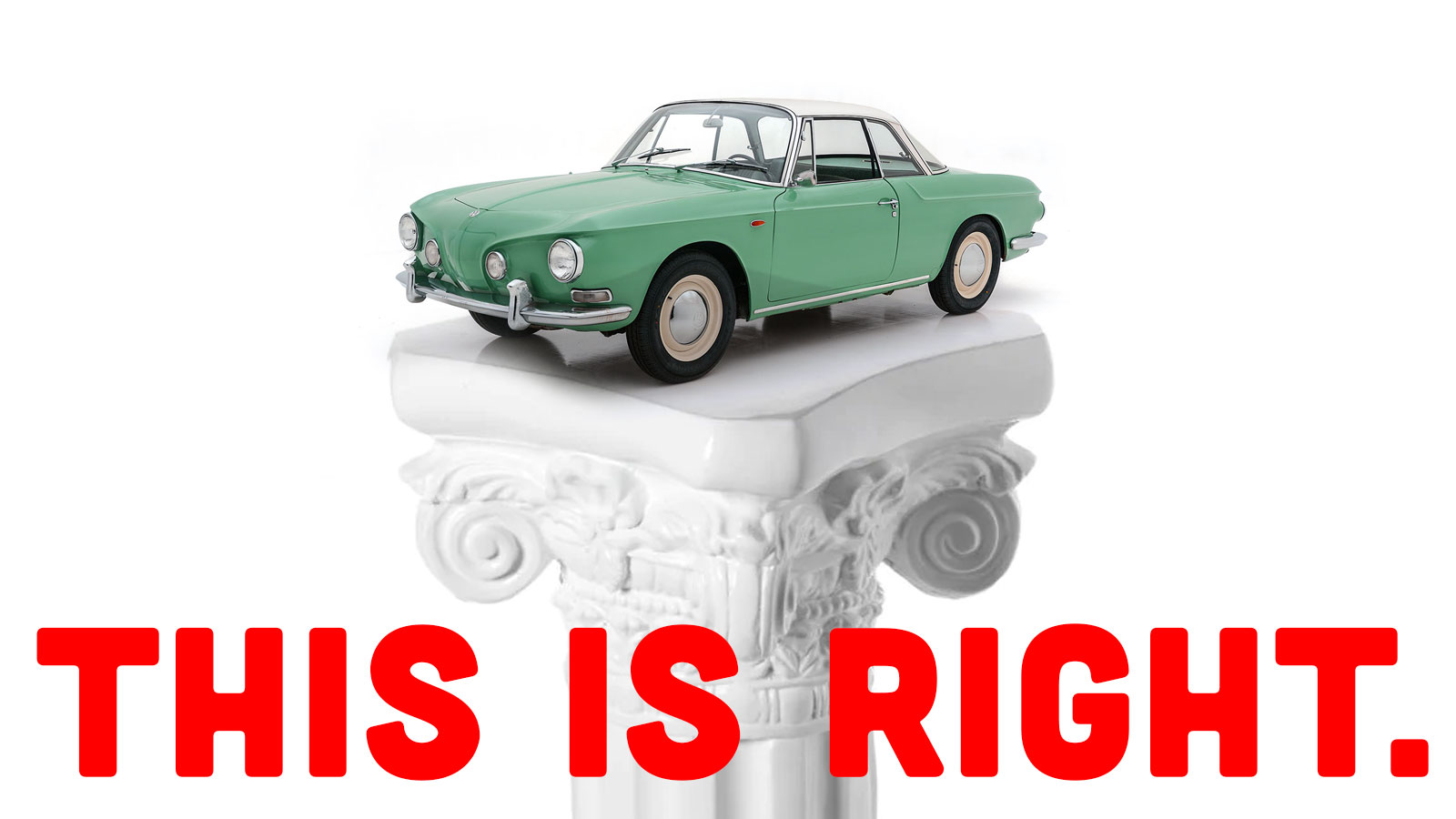 When you’re surrounded by something, immersed in a given culture, it’s often easy to forget how that culture is perceived by outsiders. For example, cars form the very water in which I swim (were I a fish, which, thanks to a strict and complex drug regimen, I am not). This just means that sometimes I forget that there are people out there who don’t perceive cars as I do, which is to say as something more than appliances, as vehicles not just in a literal sense, but vehicles for all manner of human expression, culture, art.

Cars are embodiments of engineering and sculpture and graphic design and athleticism and sound design and so many skills and modes of art. But, not everyone realizes this, and there’s still many, many people out there who regard the whole of automotive culture as valueless schlock, exclusively populated with drooling barbarians. My own personal struggles with drooling aside, this idea is garbage. And yet, people still believe it, as I was reminded by an email I got last week.

The email was from a reader named Wes, who told me this:

I got into a debate with some artsy friends after Torchinsky’s article about Claes Oldenburg, and the definition of art. None of them thought automotive design had any merit. I (obviously) disagreed.

I hate sneaking off to car shows because *certain friends* will call me a cretin for rubbing shoulders with the “yokels” that allegedly attend them, only to post photos on social media later that they seem to enjoy. It’s just obnoxious.

The art community will call a rotten banana duct taped to a wall “art,” but when it comes to the VW Corrado, the ass of which was inspired by the Bauhaus Movement, it’s just a product.

Really, it’s not your fault; I have some wonderful friends, but I personally have still encountered this attitude toward my interest in cars, from family, friends, strangers, colleagues, and more. It’s still a surprisingly pervasive attitude, that somehow cars or really any merging of art and engineering is no longer worthy of being considered “true” art, whatever the fuck that is.

Once, in a painting class in college, I was making a kinetic piece that involved painted objects on clear mylar that would scroll over a background, a sort of not-still still life. It was a bit silly, sure, but I was young and hopeful. While talking about it with my professor, the professor from another painting class walked his old ass all the way across the studio just to sneer at me “they teach engineering at State,” referring to another local university.

Who does that? All because there was a motor involved? It’s ridiculous. But it’s real, and it definitely still happens to many people when they try to appreciate the artistic and cultural value of objects with engines and wheels.

But back to Wes and his jerky friends: Wes, if you confront your arty pals with this, and they push back and question my credentials, lemme just put that shit to bed right now: I have an Art History degree, and I know my shit. Put some Egyptian art on a wall in front of me and I bet I can tell you the time period within three dynasties, and if it’s Armana period, I can spot that across a fucking room. The pun with the feather glyphs used instead of the half bread loaf glyphs in the Offering Formula? I’ll talk about that shit until you cry.

You want to compare Arshile Gorky, Joan Miró, Wassily Kandinsky, and Alexander Calder while throwing darts? Bring it, bitches. I’m the dude who’ll remind you why you shouldn’t let a Dadaist iron your shirts, or what’s so funny about the pediments at the Palazzo del Te. Plus, I’ve had art installations of my own exhibited at the Arnolfini in Bristol, galleries in LA, the Walker Art Museum, the Indianapolis Museum of Art, and more.

[Editor’s Note: I hate to break this up, since Jason is clearly on a mission here, but I’m just going to poke fun at him for showing off. That’s all. -DT]

Is my degree useless? Absolutely. Was it a colossal waste of money? Probably. Can I go toe-to-toe with Wes’ snobby-ass friends, art-wise? Fuck yeah I can.

Thank you for indulging my boasting, but I feel like this is one of those cases where I need to establish some credentials with the intended audience in order to get them to pay attention. The audience is full of people who still, somehow, are so mired in archaic, classist, regressive thinking that they still believe in bullshit like the division between “lowbrow” and “highbrow” art. Those divisions are just made up gatekeeping crap from art dealers with financial motives, or, perhaps even worse, simple human insecurity.

Is Henry Moore’s Architectural Project more of a sculpture than Big Daddy Roth’s Beatnik Bandit? No. It isn’t. They’re both sculptures. The fact that one can sit on a vitrine and one can be driven simply doesn’t matter, because they both share the same fundamental goal: be a three-dimensional object that’s engaging and meaningful to encounter.

But what about the idea that cars are “products” or things designed for non-artistic use? Because they certainly are. Does that mean they don’t deserve to be treated as something more, when exemplary? If not, then perhaps we should yank this 15th century basin out of the Met, because it was designed to be a fish bowl or hold scrolls, or maybe we should just chuck the pre-dynastic Palette of Narmer out in the dumpster because it’s just a cosmetics-mixing palette.

The truth is, to anyone who is actually paying attention, this debate was settled decades ago, and cars won over the snobs. The Museum of Modern Art (MOMA) has been exhibiting cars for decades. Established, respected artists like Alexander Calder, Joseph Beuys, Claes Oldenberg, Roy Lichtenstein, Frank Stella, Chris Burden, and Andy Warhol and so many more have made car-related works for the better part of a century. This isn’t a question. The automobile can be art, full stop. 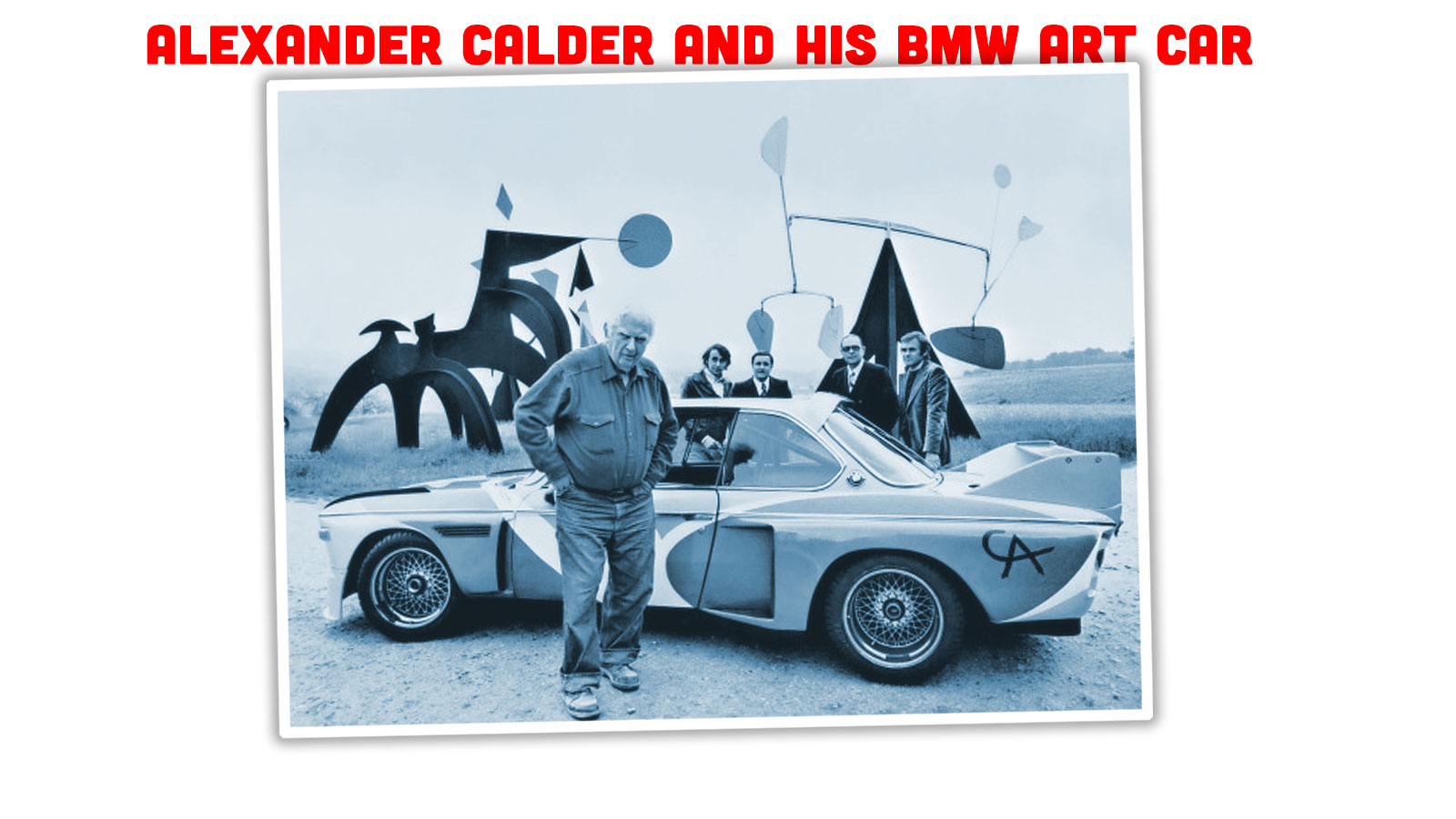 If you can’t accept that a lowrider painter like Theresa Contreras is a painter you can compare to, say, Clyfford Still, just working in different cultures and media, then the problem is you, not the art, not the artists, not the cars or the people who appreciate them.

Again, this debate is settled, and I don’t even think there’s a serious question about that. But — and the reason why this topic commanded an entire article from me — I understand that the idea is still pervasive and that, somehow, the appreciation of cars is considered by far too many base, uncultured, unsophisticated, and worthy of ridicule. Because I don’t need to prove my point that cars qualify as artistic objects, what I can do instead is point out how some really common areas of interest that are considered “classy” or “highbrow” or “respectable” to mainstream society are, really, no better than being interested in cars. Let’s do that: 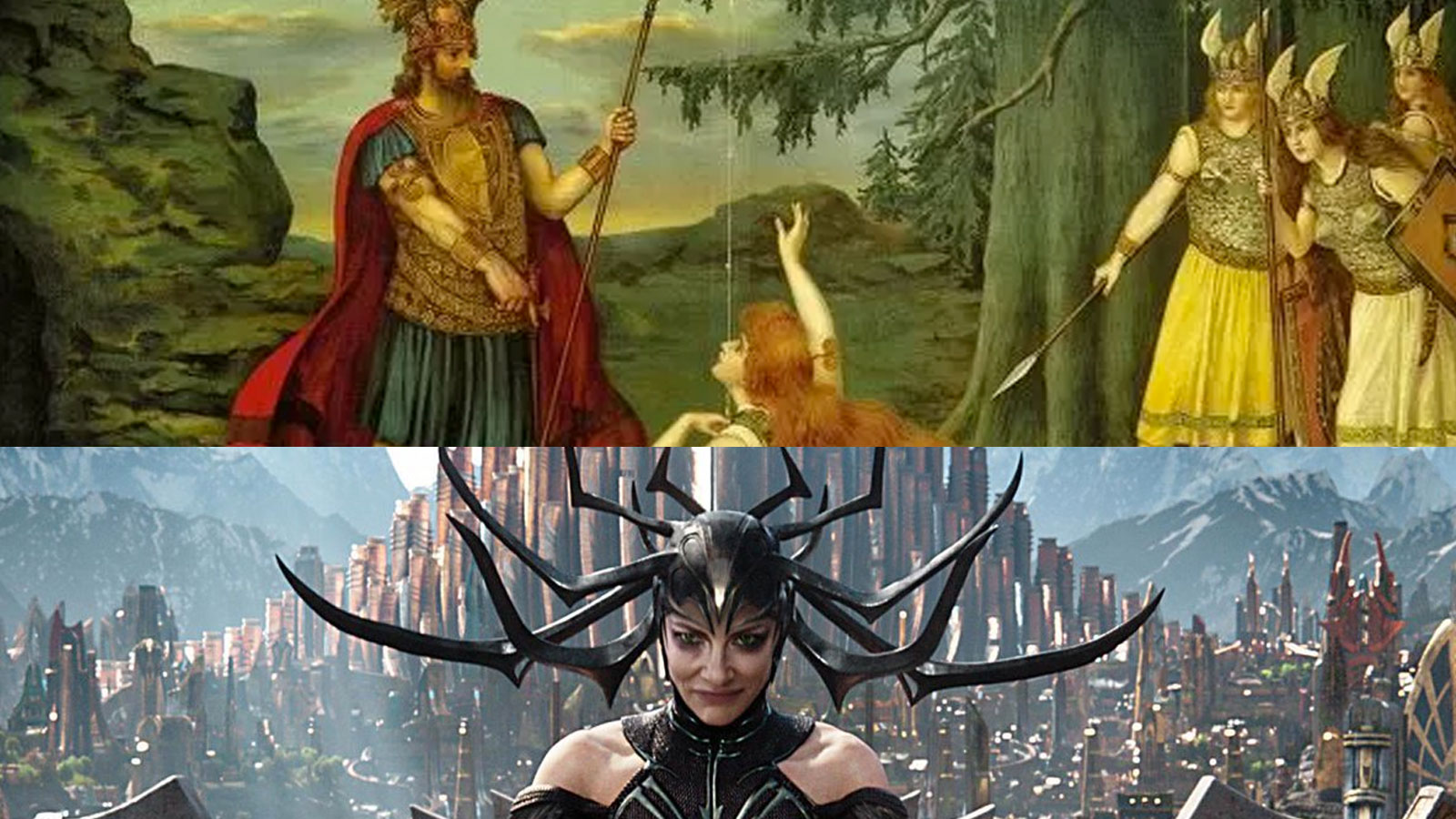 Hard to get more classy than opera, right? It’s unquestionably art, and nobody would ever call you a “yokel” for going to the opera! But is it really that much more sophisticated than the love of automobiles? Let’s take a look at a synopsis of one of the most known and respected operas of all time, Wagner’s Ring Cycle, in this case the first Opera in the cycle, Das Rheingold:

Das Rheingold features more gods than any of the three following ‘dramas’, and no mortals whatsoever! The introduction to the cycle, it tells of the theft of the magical Rhine gold and the forging of a ring by the greedy dwarf Alberich. He renounces love in order to gain the ring’s power, but when the ring is stolen by Wotan, the leader of the gods, to pay a debt to the builders of his new fortress, Valhalla, Alberich confers a terrible curse upon the ring. Anyone who does not possess the ring will covet it, and anyone who does will live in fear of losing it, and will ultimately be robbed of it and killed by its next owner…

Dwarves, gods, magic rings, Valhalla – this is just some D&D Lord of the Rings shit. It’s a Marvel movie with more singing. And that’s great! But does it really deserve to be so elevated over the appreciation of cars? Come on. 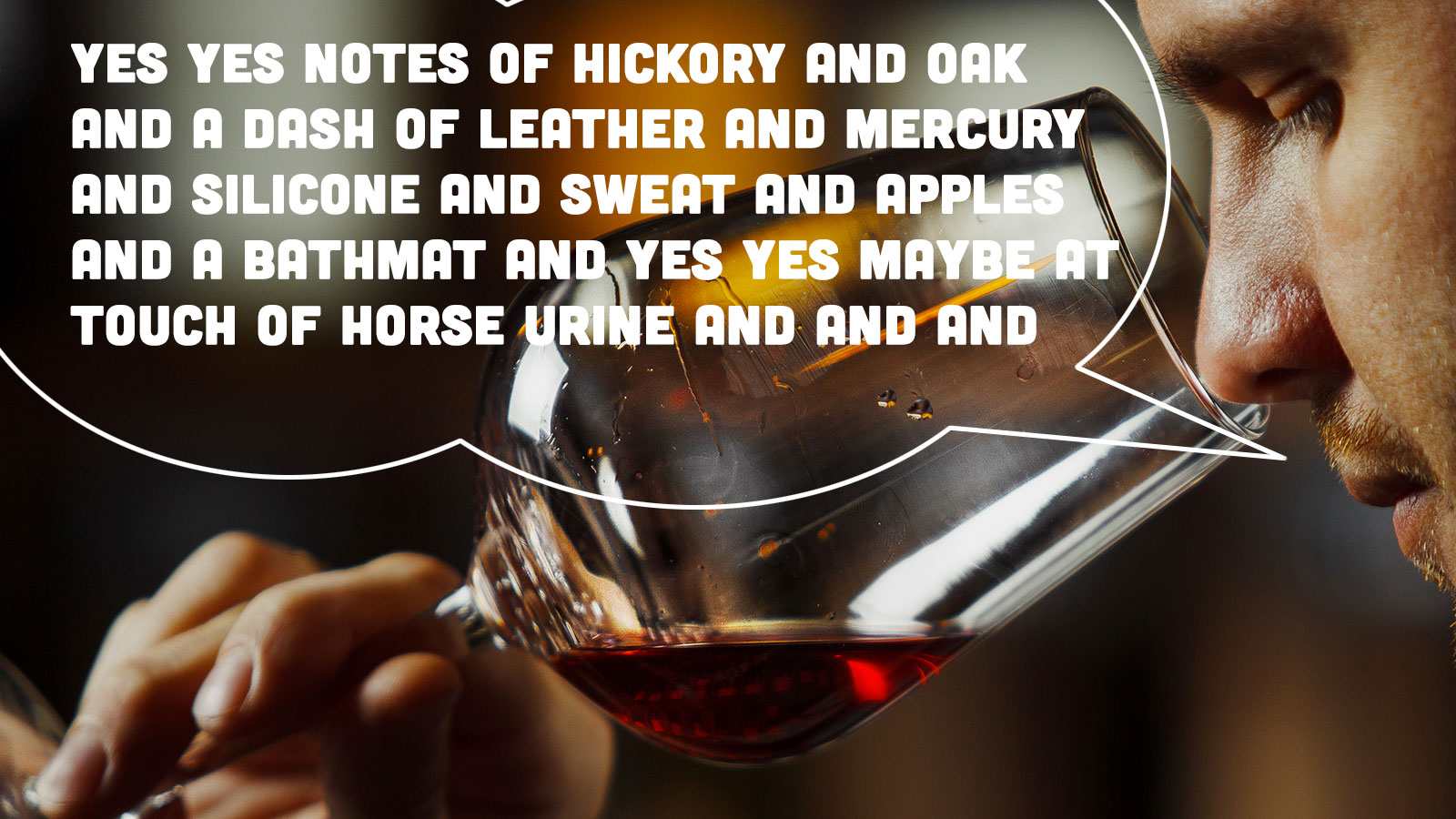 Nobody gives you guff if you’re really into wine, right? Everyone thinks that’s classy. You collect wine? Read wine magazines? Can talk endlessly about how you convinced yourself you taste bits of wood and flowers and shit in a boozy grape drink? Wonderful. Fantastic. Everyone thinks you’re a worldly sophisticate with big, deep, important opinions about wine. Congratulations, you really like grape juice.

How does this get more respect than being into cars? 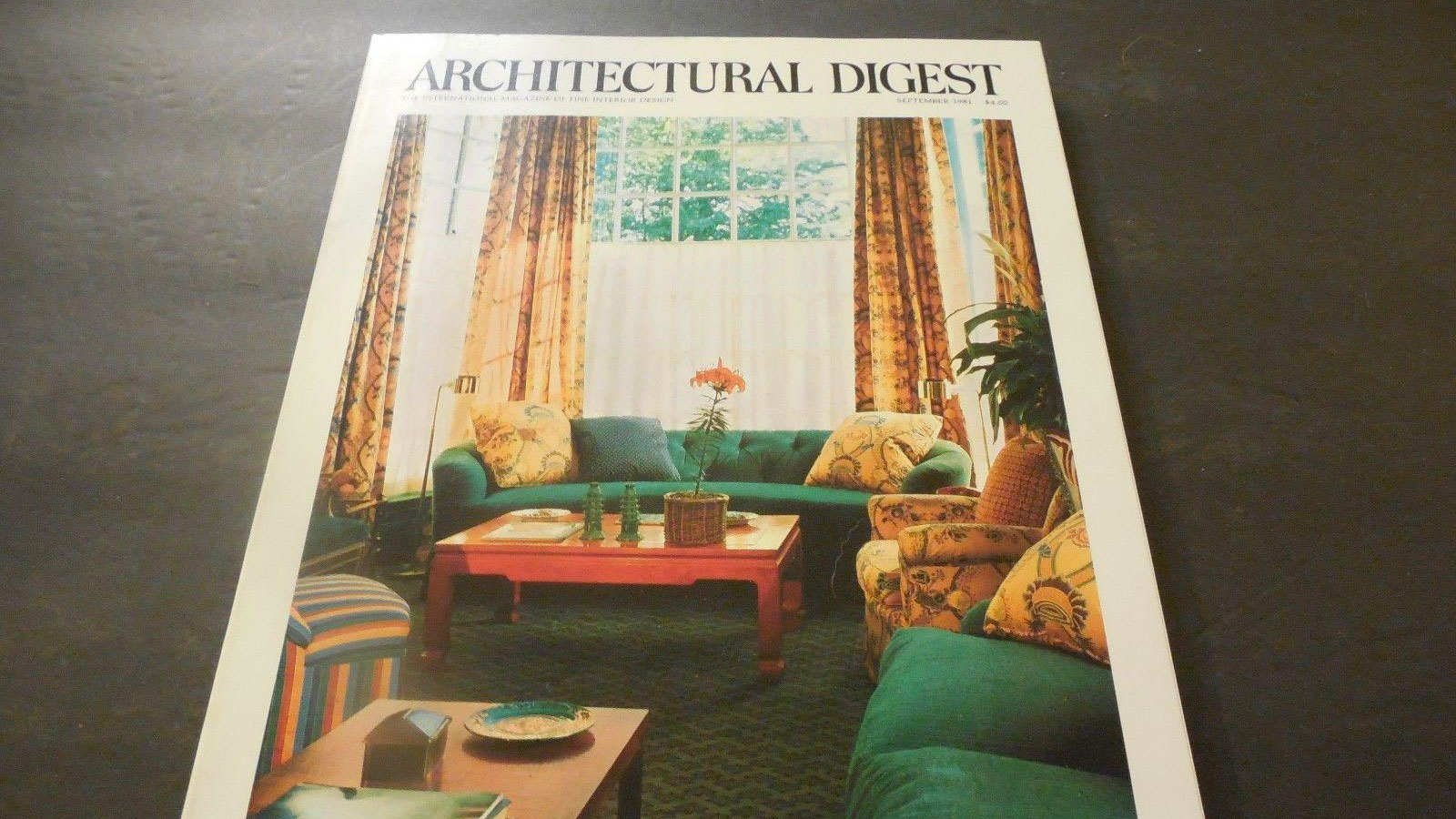 Have someone coming over and want to make them think you’re erudite without having to actually do all the work? Throw a few copies of Architectural Digest on your coffee table. Because appreciating architecture suggests a lot about you: you have taste, you like to travel, you appreciate the majesty of human achievement, and more. You can go on historical building tours in any city and, again, nobody will call you a yokel.

And sure, architecture is great! It combines engineering and art and the practical and the emotional. Remind you of anything? Yes, dummy, cars. Cars do the same damn thing, but at 60 mph. That’s dynamics and statics. If you’re someone who thinks architecture is worthy of respect but cars aren’t, you’re being a dick. 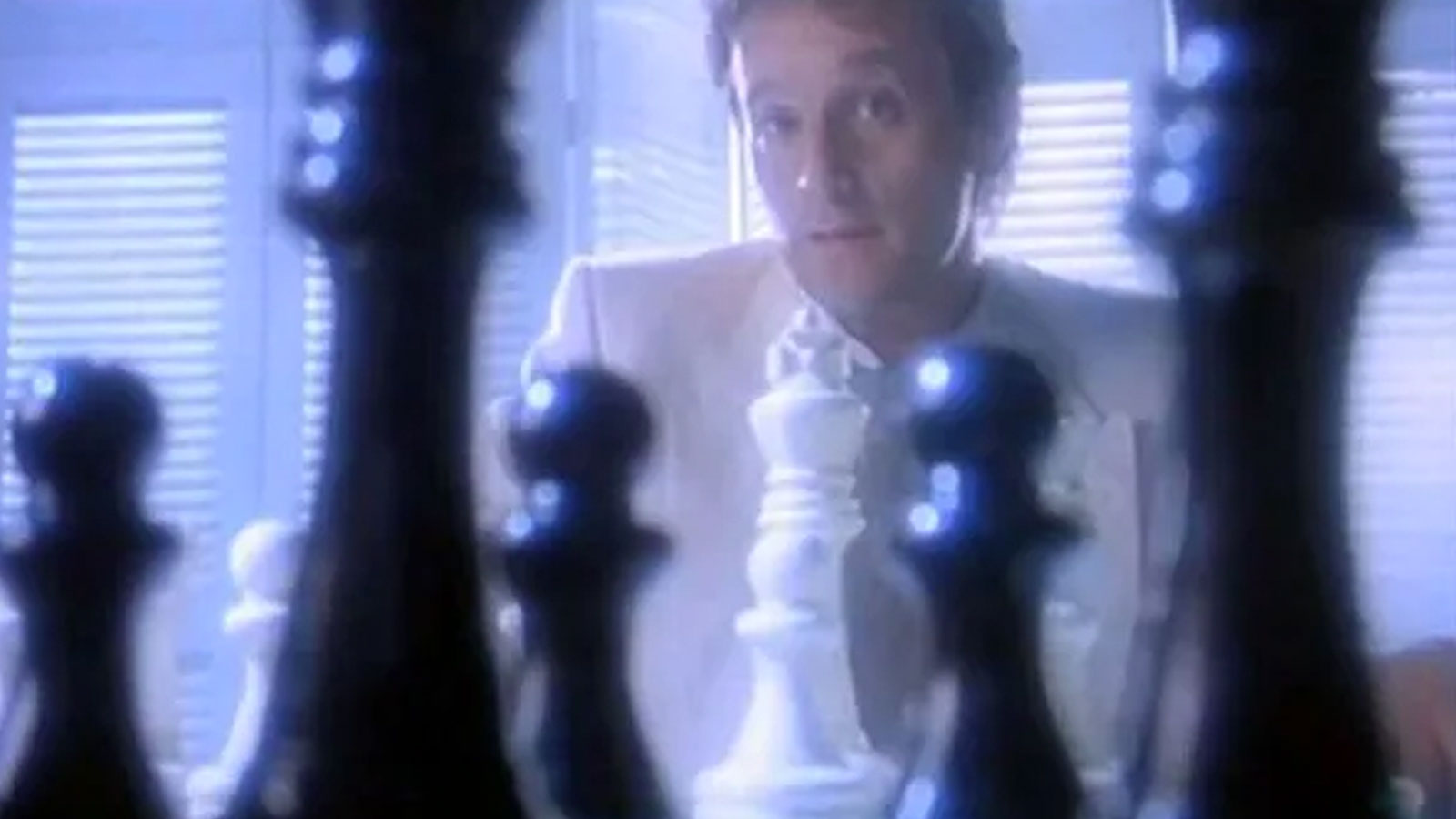 I think you get the point; society has arbitrarily decided that some pursuits are ones that confer status, and others are encouraged to be looked down upon. All of this is classist horseshit that should have died off long, long ago. In terms of the joy and enrichment it brings to people’s lives, an incredibly expensive collection of wine has no more cultural merit than someone’s treasured project car, even if it’s a fucking Chevy Vega. If you think this is something you need to debate or disprove, you should take that as a sign to look inward and try and figure out how you got to be such a jackass.

I’m done with all this classist bullshit, I’m done with anyone making any of you, car-lovers, feel bad or embarrassed of your passions, and, yes, I’m done with Wes’ stupid friends who called him a cretin. They can fuck right off.

Everyone else, I hope you find delight in whatever art draws you in, especially if that art has wheels and a motor.

I'm a co-founder of the Autopian, the site you're on RIGHT NOW! I'm here to talk to you about taillights until you cry and beg me to stop, which I absolutely will not. Sorry. Hug? Also, David's friend.
Read All My Posts »
PrevPreviousWhat I Learned Trying To Flip Two Dirt-Cheap GM “J-Body” Coupes That Nobody Wants
NextThe 276 Horsepower 2022 Hyundai Elantra N Is A Blue Collar Sports Sedan RevelationNext