Happy Friday, Autopians! Today, I decided that if we’re throwing out the price limit on Fridays, we might as well break the imaginary bank and just go for it. So both of today’s choices are from that bastion of all things cool and unaffordable, Hemmings. It’s not the same brown phone-book-sized tome that we all loved to leaf through at B. Dalton’s while Mom shopped for the latest Dean Koontz thriller (that wasn’t just me, right?), but in digital form, it’s still a storehouse of wonders. And there’s another book tie-in to today’s choices that I’ll get to in a minute. But first, let’s see who won our hatchback battle:

And there you have it. Always bet on red velour. That little Datsun would be a fun cruiser, if only for all the “Wow, I haven’t seen one of those since…” comments.

When I was a kid, the only things I ever asked to spend money on were model cars, and books. (Actually, not much has changed.) My universe revolved around the Scholastic Book Fair at school, and the release of the new MPC and AMT model kits for the year, usually coinciding with the autumn release of the actual cars. Five bucks either way, and I was a happy camper. Naturally, I gravitated towards books about cars, but for kids, those are few and far between. The Phantom Tollbooth is a road-trip story, but there isn’t much about the actual car in it. And Encyclopedia Brown, Fudge, and Beezus and Ramona all walked everywhere.

So when I found book number seventeen in the “Choose Your Own Adventure” series, The Race Forever, I devoured it. I learned how to win both races, and how to get killed, in each of the four cars, and I researched the hell out of the cars. (In the original, it’s a Lancia Stratos and a Saab 900 Turbo for the speed race; apparently those were changed to more modern rally cars for the re-issue.) I still have my orignal copy of it, and a few years ago I decieded to pay tribute to the book by building radio controlled models of the two off-roaders.

And today, we’re going to take a look at those two vehicles. Except that you can actually get in these and drive off on a grueling multi-day off-road adventure. Just watch out for puff adders and river ferry saboteurs. 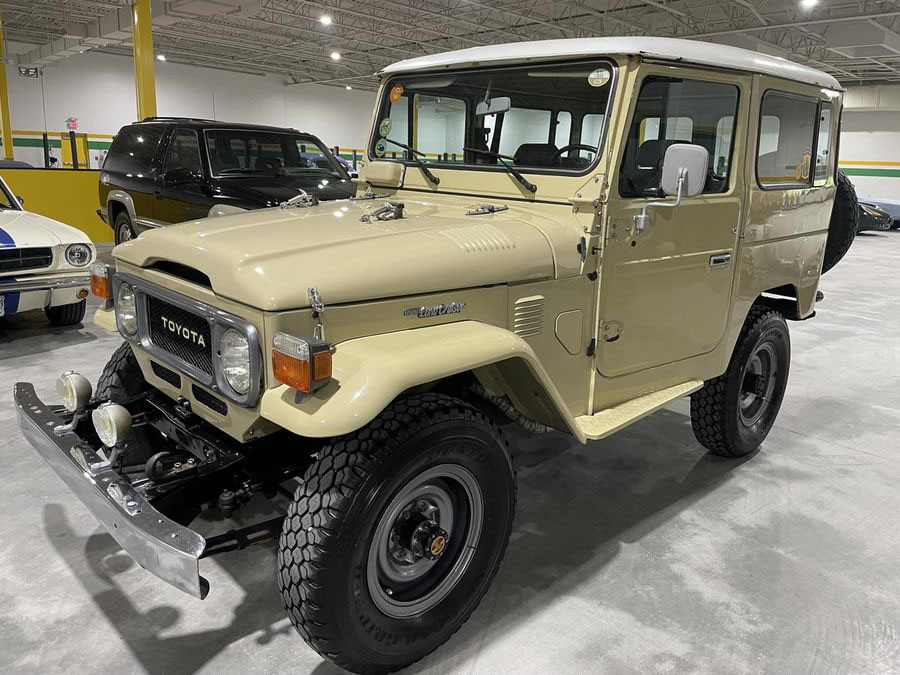 Runs/drives? I should hope so, for that price

Like so many other small 4WD vehicles, the Land Cruiser can trace its roots back to the good old Jeep. Toyota reverse-engineered a captured Jeep, and then, as they are still known for doing, improved upon it. They may not always be innovative, but they keep ironing out kinks until the resulting vehicle is as good as it can be. 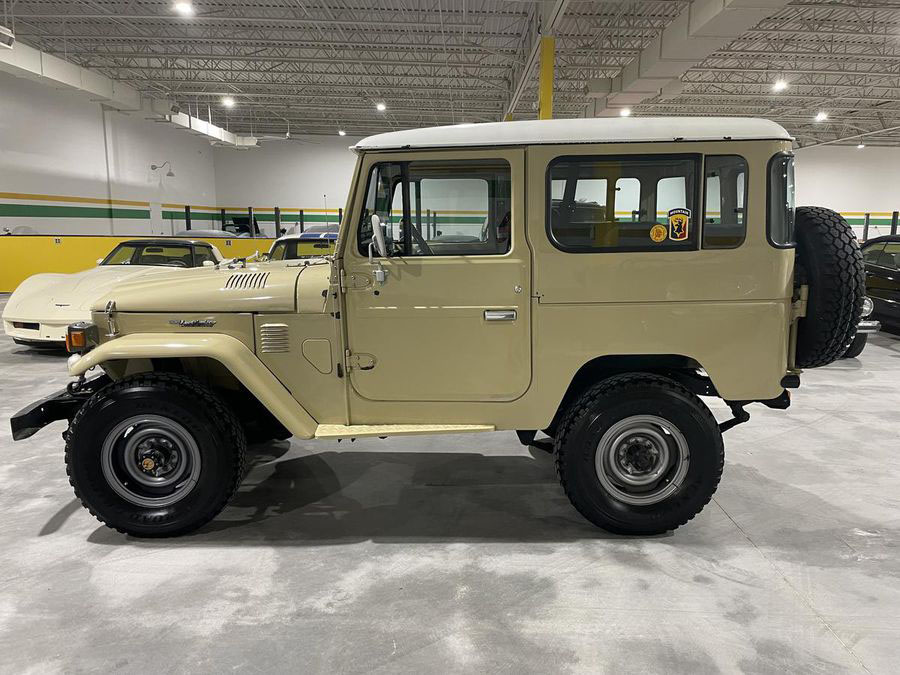 The FJ40 iteration of Toyota’s famous off-roader is still, after all these years, the mental image most people see when you say “Land Cruiser.” It’s instantly recognizable, and still looks good. And with a long history of reliable service all around the world, it’s not just another pretty face. 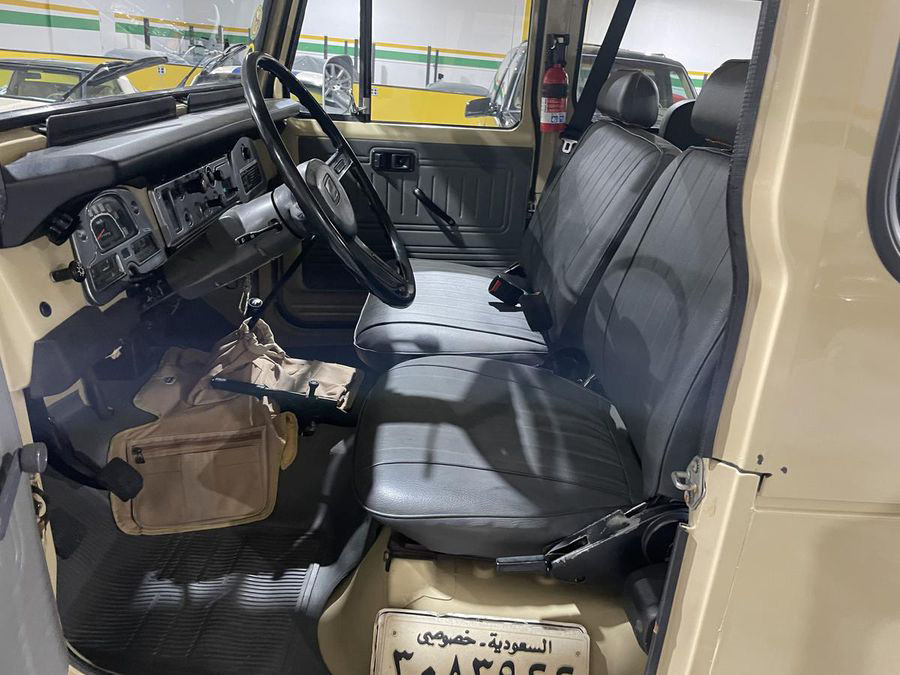 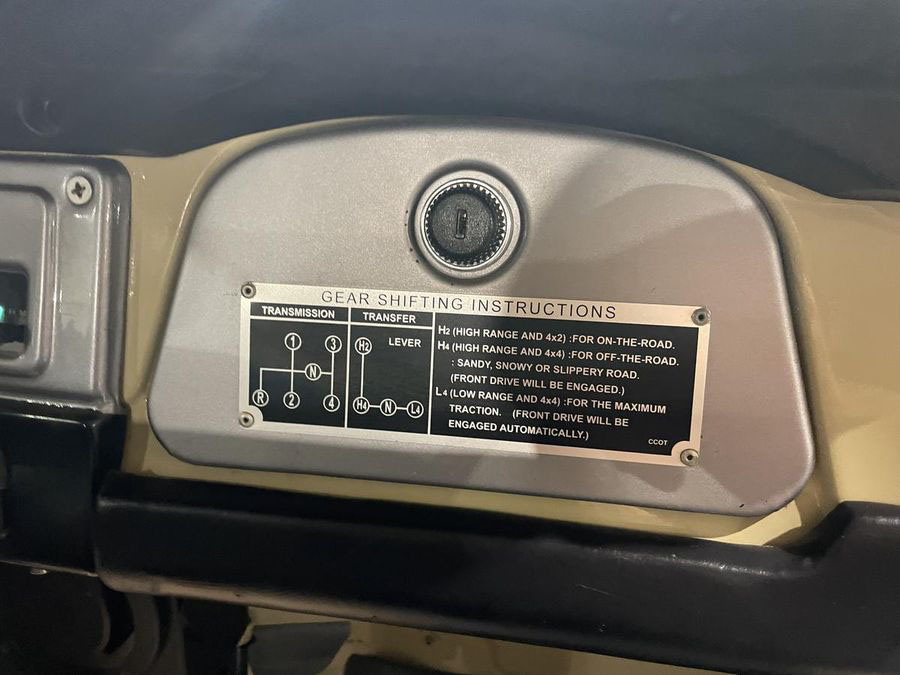 This Land Cruiser has been restored, and it’s drop-dead gorgeous. It’s only done 10,000 miles in the past eleven years since being restored, but I’d like to think it covered a couple hundred thousand before that, and in some harsh environments. Of course, we get none of its prior history, but if these four wheels could talk, I’d love to hear the stories they’d tell. 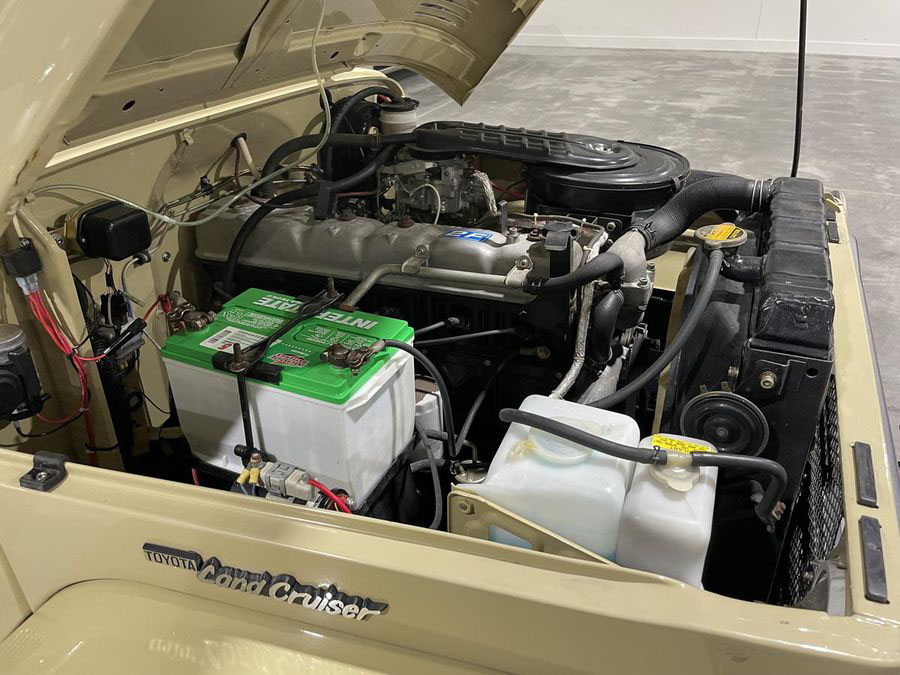 The trouble with this truck for someone like me is that it’s literally too good for me. I would want to use it as intended, and ruin all that pretty restoration work. This Land Cruiser is a great starting point, but it needs some dents and scrapes and wear and tear to make it truly perfect. There’s a reason I write a feature called “Shitbox Showdown.” 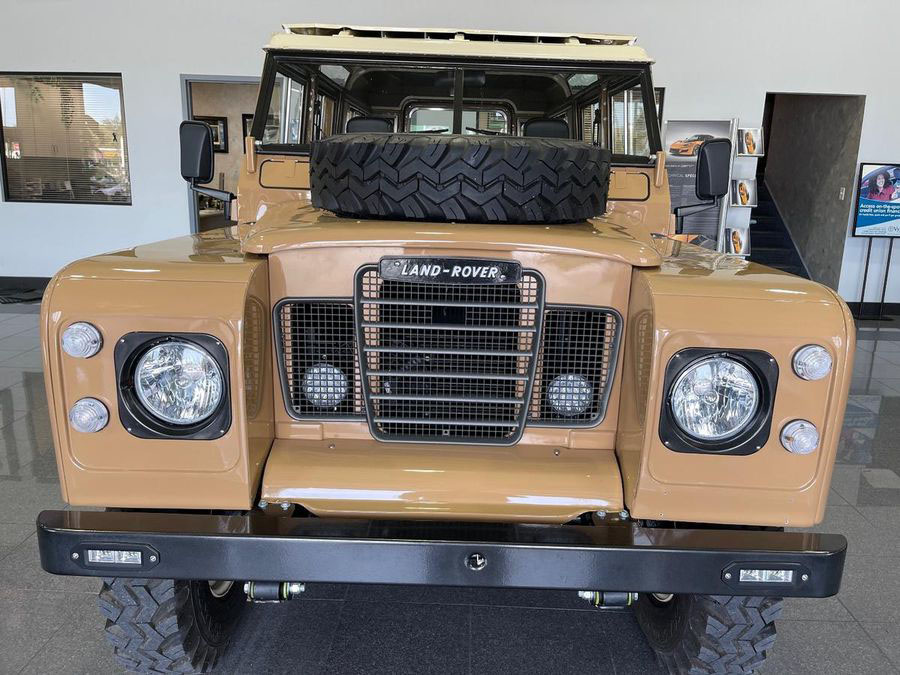 The Land Rover was designed to be a cross between a small truck and a tractor, to help get Britain back on its feet after World War II and keep Rover afloat. The original Land Rovers had aluminum alloy body panels to save on steel, and were all painted various shades of green to use up surplus military paint. The alloy stuck around, but luckily the color palette expanded. 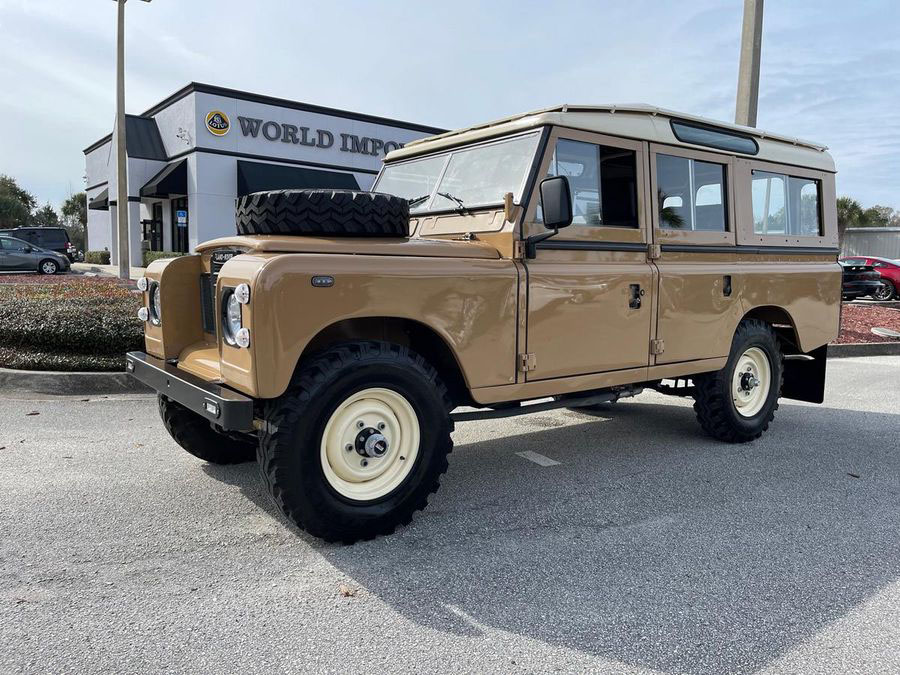 This restored Land Rover is about as far from farm work as you can get, but all the capability is still there. It has a gorgeous wood-trimmed interior, comfy-looking leather bucket seats, and assorted electronic bric-a-brac stuck in the dash, but you can still connect a winch or a water pump or what-have-you to the power take-off in the back and get some actual work done. 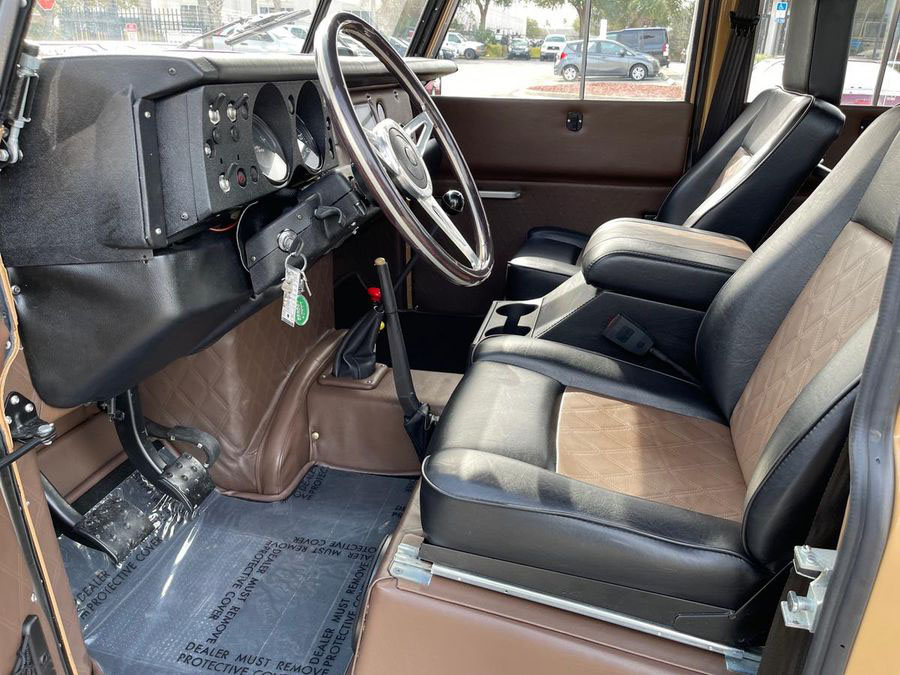 Not that a Land Rover this clean will ever see anything more grueling than a Starbucks parking lot, but again, I like to think it got nice and dirty in its previous life. There’s a maddening lack of information in the ad, and not even any underhood photos, so I can’t be sure if it’s still powered by the original 4 cylinder or something more potent, and if it is the original engine, whether it’s petrol or diesel. You could probably call the dealership and get more info, but then you’d have to talk to the dealership. 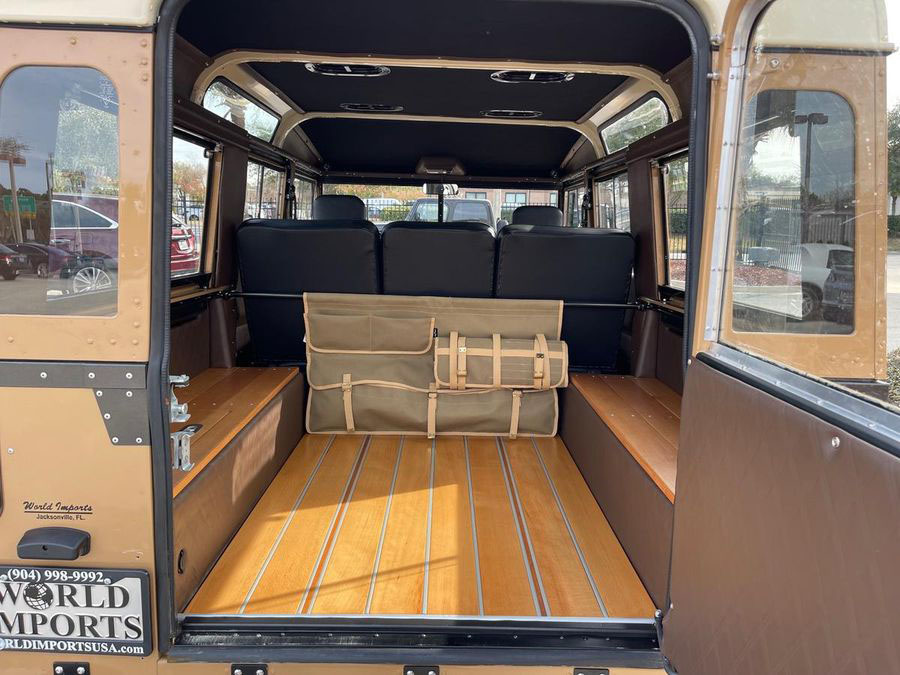 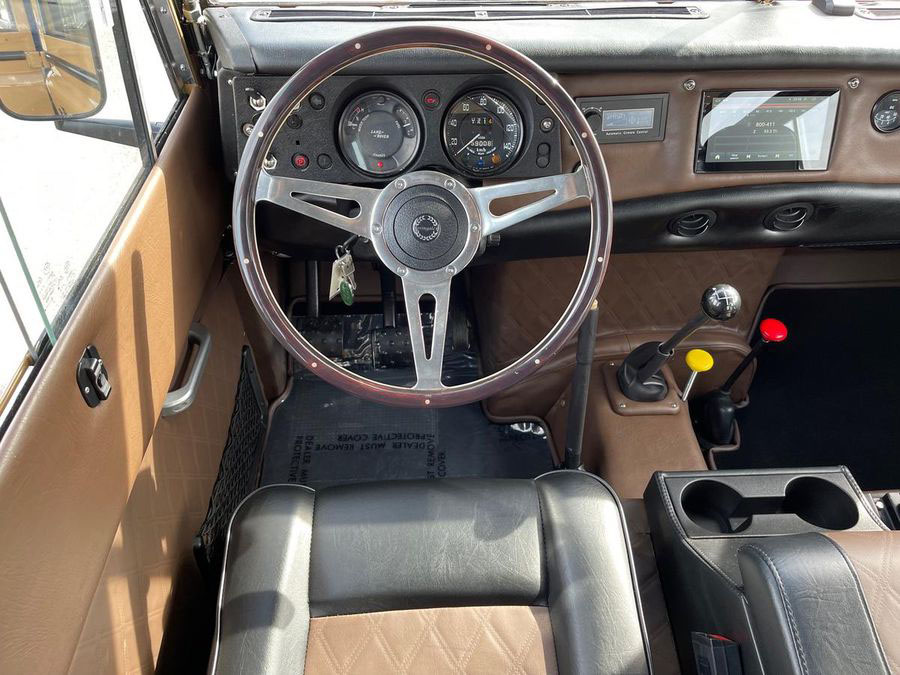 I do love the details of these old Land Rovers. The odd set-back grille, the slide-open windows, the surprisingly elegant curve of the door handle cutouts. It’s a handsome machine. But again, it would look better beat-up.

So, to help us make this choice, I propose this scenario: whichever truck you choose, you have to take it on a grueling multi-day off-road rally. (Not in Africa; the logistics are a nightmare.) You’ll bang it up, get it stuck, sleep in it, and generally use it as intended. The race director is holding two sets of keys; which one do you take?