It’s Friday! We made it! Time to pat yourself on the back for a job well done, and slack off for a few minutes at work while I recap the week’s winners. But before I can do that, let’s find out who that final winner from yesterday is:

Kinda-sorta close, but Grandma wins it! Ice-cold Ensures all around to celebrate. Never underestimate the appeal of a good comfy place to sit. Lots of commenters felt somehow guilty or sullied voting for our cushy old Chrysler, but honestly, it’s all right. You can admit you have a soft side. Now hurry up, it’s almost 4:30, and we don’t want to be late for the early-bird dinner specials at Denny’s.

So, let’s recap, and as usual (inasmuch as we have a “usual” so far), I’ll give my opinions of the four winners. 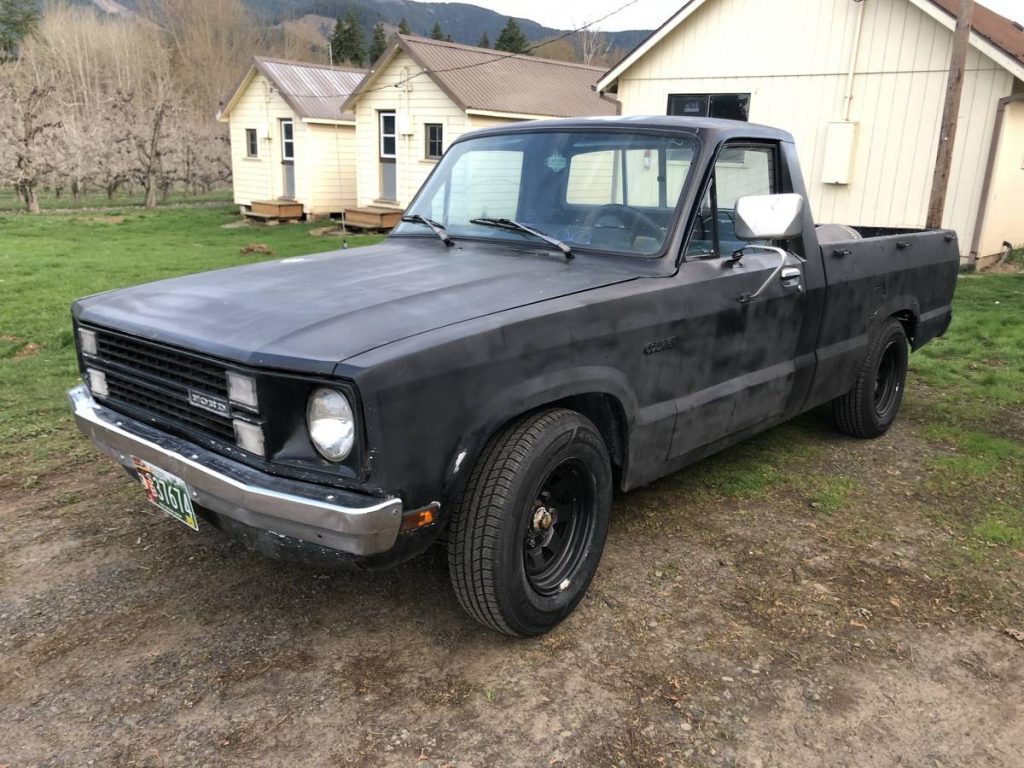 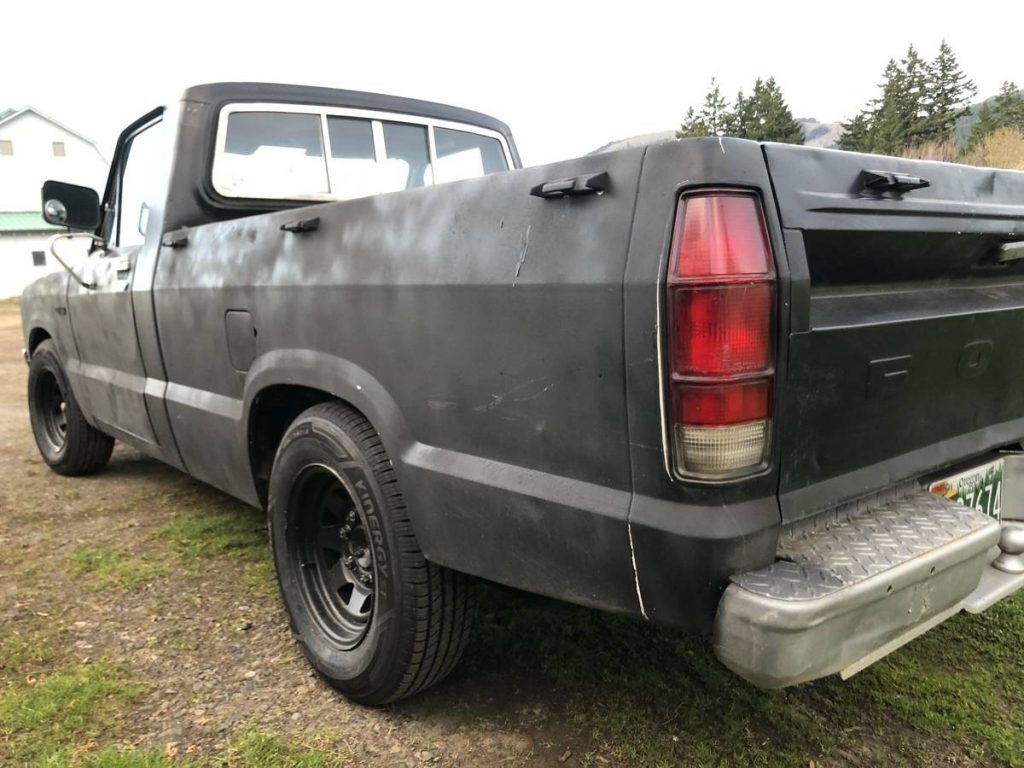 I was surprised by this one, not so much that you all liked this Courier, but that you all seemed to dislike that Dodge Colt so much. It was the motorized seatbelts, wasn’t it? Yeah, I’m not fond of them either.

This little Ford-that’s-actually-a-Mazda isn’t a bad choice at all, with the exception of the gearbox issues. I bet you could find a decent replacement if it came down to it; Couriers and B2000s are scarce, but not impossible to find, at least around here. And I can definitely vouch for the rest of the truck. I owned an ’84 B2000 just about like this for a year or so, and it was a great plucky little companion during a pretty bleak time in my life. It did have one weird failure, though. (Do we have time for a quick story? I think we have time for a quick story.) When I first got it, I thought the fuel gauge didn’t work right, because when it read 1/3 full, it would sputter out and act like it was out of gas. I’d refill it, and it would run fine again, until it got down to 1/3. I finally decided to see if I could fix it, so I drained the tank, took out the pickup/sender, and discovered that the pickup tube was rusted off about three inches from the bottom of the tank. Gauge worked fine; it just couldn’t reach the last third of the fuel in the tank.

But my truck didn’t have the “artwork” on the headliner that this one does. I guess that was an option? 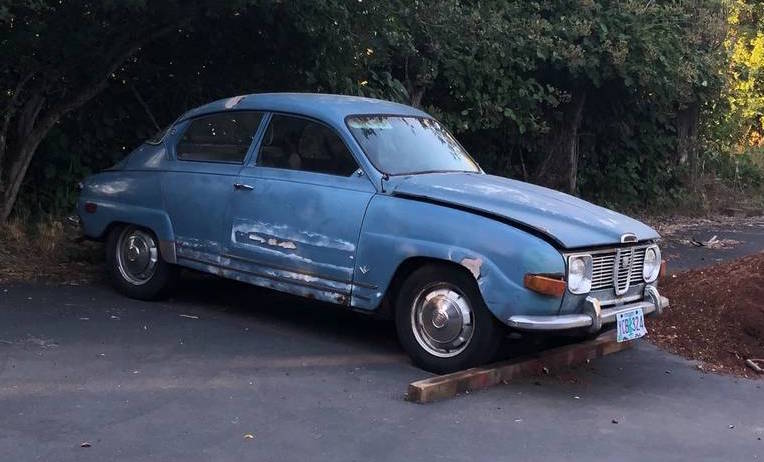 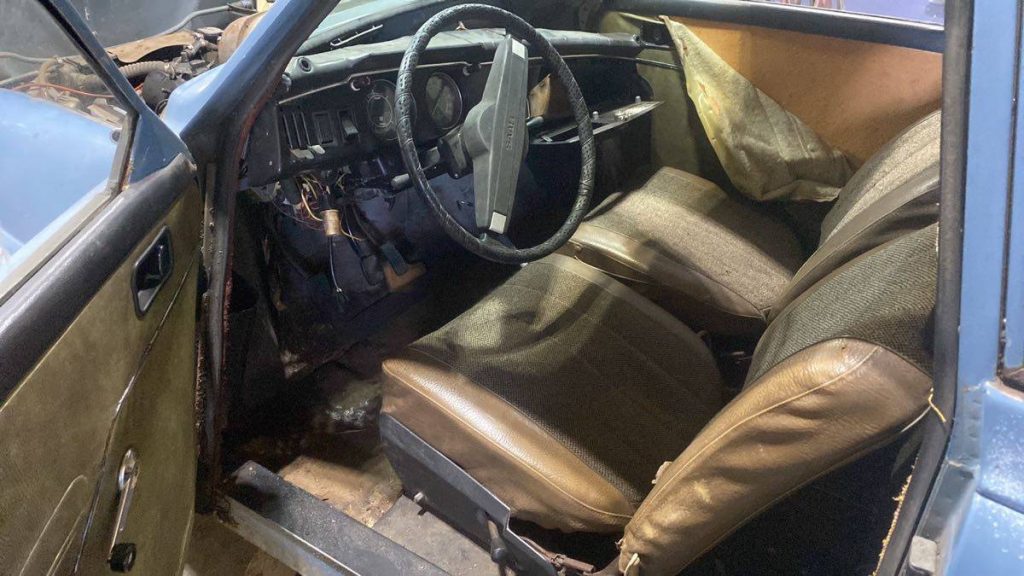 Freaking Saabs. They shouldn’t be so cool; everything about them is non-standard or done in some Bizarro World way, they’re not really performance cars, and the company’s whole history was one of going broke, getting bought out, being misunderstood by the new owners, and then repeating the cycle. And yet their appeal is undeniable.

This one I wouldn’t want as a project to try to make it “nice,” but I can see it with a stripped-out interior, a bunch of big round driving lights on the front, and a flat-black hood, ready to enter the Walter Mitty Rally and pretend like every road is some curvy tree-lined back road outside of Gothenburg. 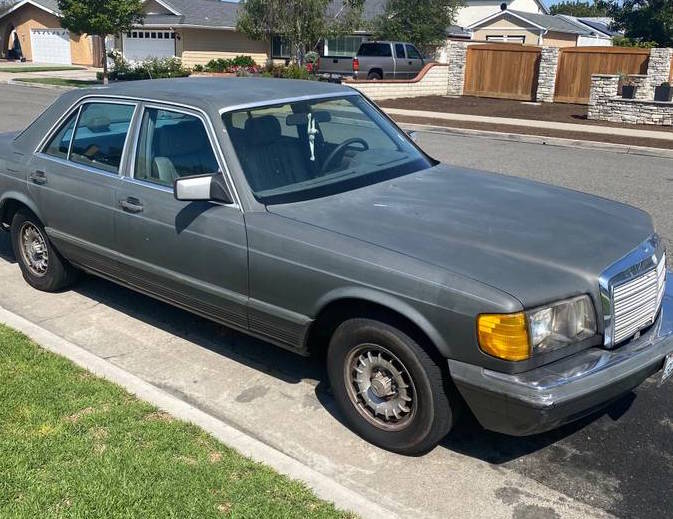 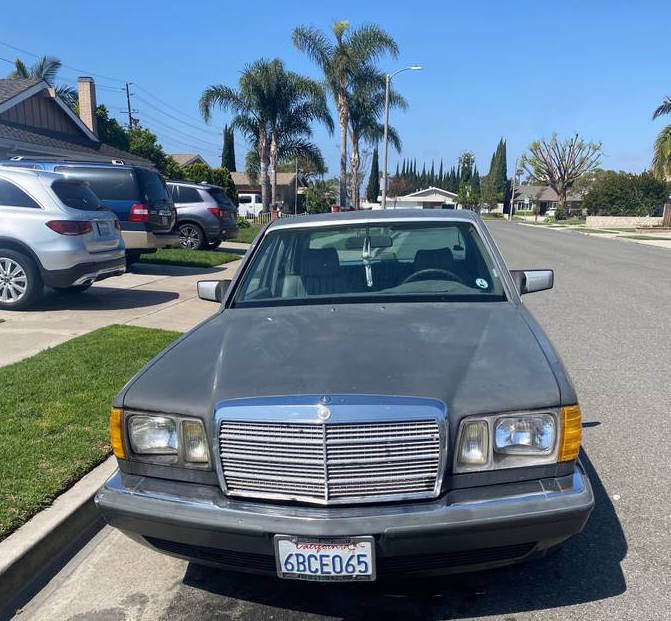 A Mercedes S-Class makes a statement. And the statement this one makes is “I was bought new by a mid-level movie studio contract lawyer on the day he made partner, but that was six owners ago, and now I’m just really tired.” It’s hard to imagine sometimes, when you see these cheap old cars for sale, that every one of them was once brand new, gleaming, flawless, and someone’s pride and joy. Most cars are used up long before they get as old or acquire as many miles as this one; it’s a testament to Mercedes’s engineering and build quality that this car is still game.

It would make a nice runabout, I imagine, but everything has an end, and as this old Benz nears its date with the junkyard, I expect a lot of little headaches for the last owner or two. It’ll go down fighting, but appointments will be missed, repairs will be attempted, oaths will be uttered, and ultimately that last tow truck will be called. But man, what a ride it will have been. 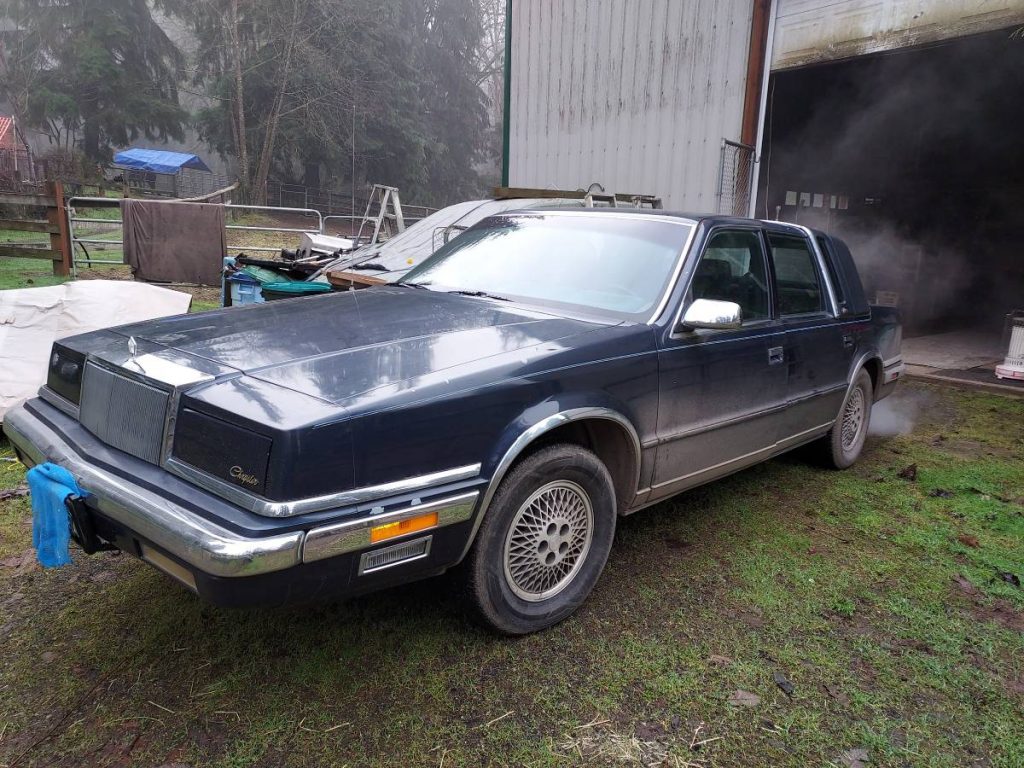 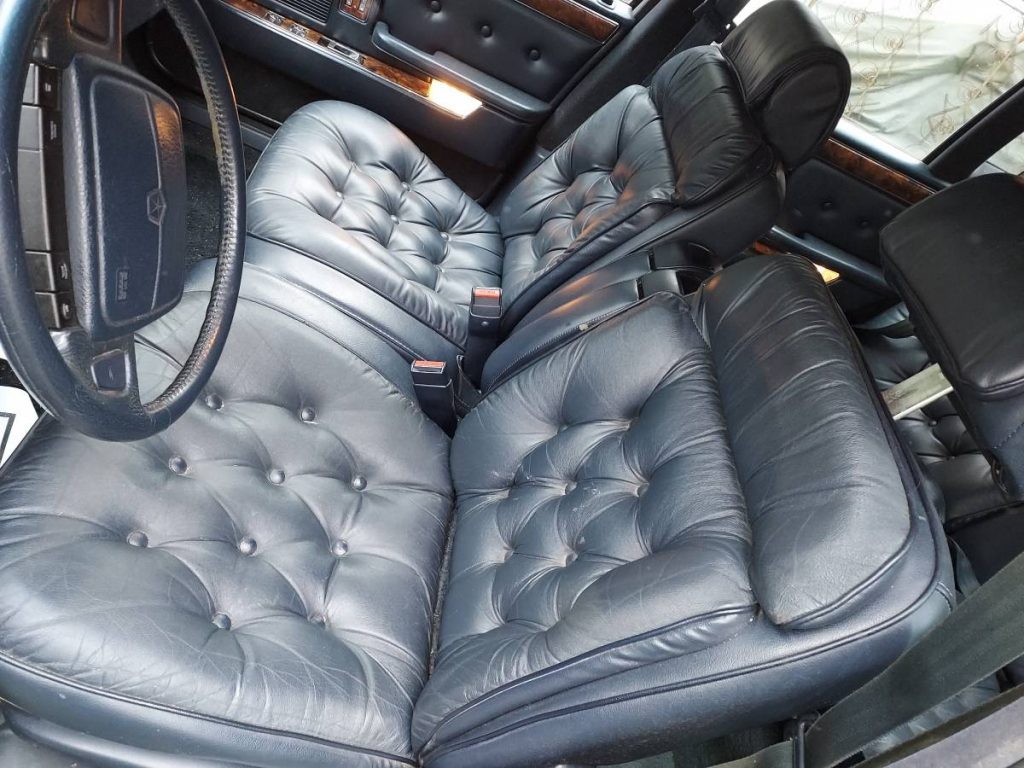 Back in the days of DriveTribe, what feels like a thousand years ago, I wrote a whole treatise on the joys of old-people cars. The comments were about as split as the comments yesterday between the “why on Earth would you want that, it’s boring” and “hell yes, look at those comfy seats” camps. Yeah, you’re right; this is not an exciting car. But not every car has to be, and those of us who understand that will happily sink into a soft split-bench seat, throw a mushy automatic into Drive, and just float serenely down the road. Canyon-carvers are great, but potholes exist, and there’s no reason you need to feel every single damn one of them on the way to work every day.

I can tell you one thing: my next car will be something very much like this. Not this one; it is a tempting price, but I just dumped a bunch of money into my daily driver, and it seems silly to swap it for something else right now. but when the time does come, I’ll be looking for a grandma-mobile.

That will do it for the week. All that’s left for you to do is click one of those buttons below, and choose your favorite. I feel like I’ve been favoring American and European cars so far, so next week we’ll be turning Japanese (I really think so!) and focusing on cars from the Land of the Rising Sun. See you then!

Pacific Northwest-based self-taught DIYer of all the things. Current fleet: 1971 MGB GT, 1989 Chevy K1500, 2013 Chrysler 300C, 2003 Infiniti QX4, and 1966 Aristocrat Land Commander trailer. Not to mention about 40 RC cars and around 100 model kits...
Read All My Posts »
PrevPreviousCold Start: Behold The Cardboard Rabbit
NextMy Expectations For The Will.i.am And AMG Collaboration Were Low, Yet The Singer’s Somehow Managed To Limbo Under A Subterranean Bar With This G-Wagen/AMG GT MashupNext