See that lovely Volkswagen pop-top Type 2 camper there? In a color that I believe is known as Revisionist Nostalgia Green? It’s amazing, right? It absolutely is. The interior was immaculate, the exterior just right, this thing looks like an ideal 1960s or 1970s VW camper, which means it became inaccessible to people who can’t poop Krugerrands for years now. But, this one has a bit of a secret: it’s a 1989 bus, a Brazilian model. And, from what I saw at the Mecum auction, the Brazilian ones don’t seem to go for the huge numbers we’ve sadly become used to for these. I’m not really sure why, but I can at least explain how to spot a Brazilian bus. 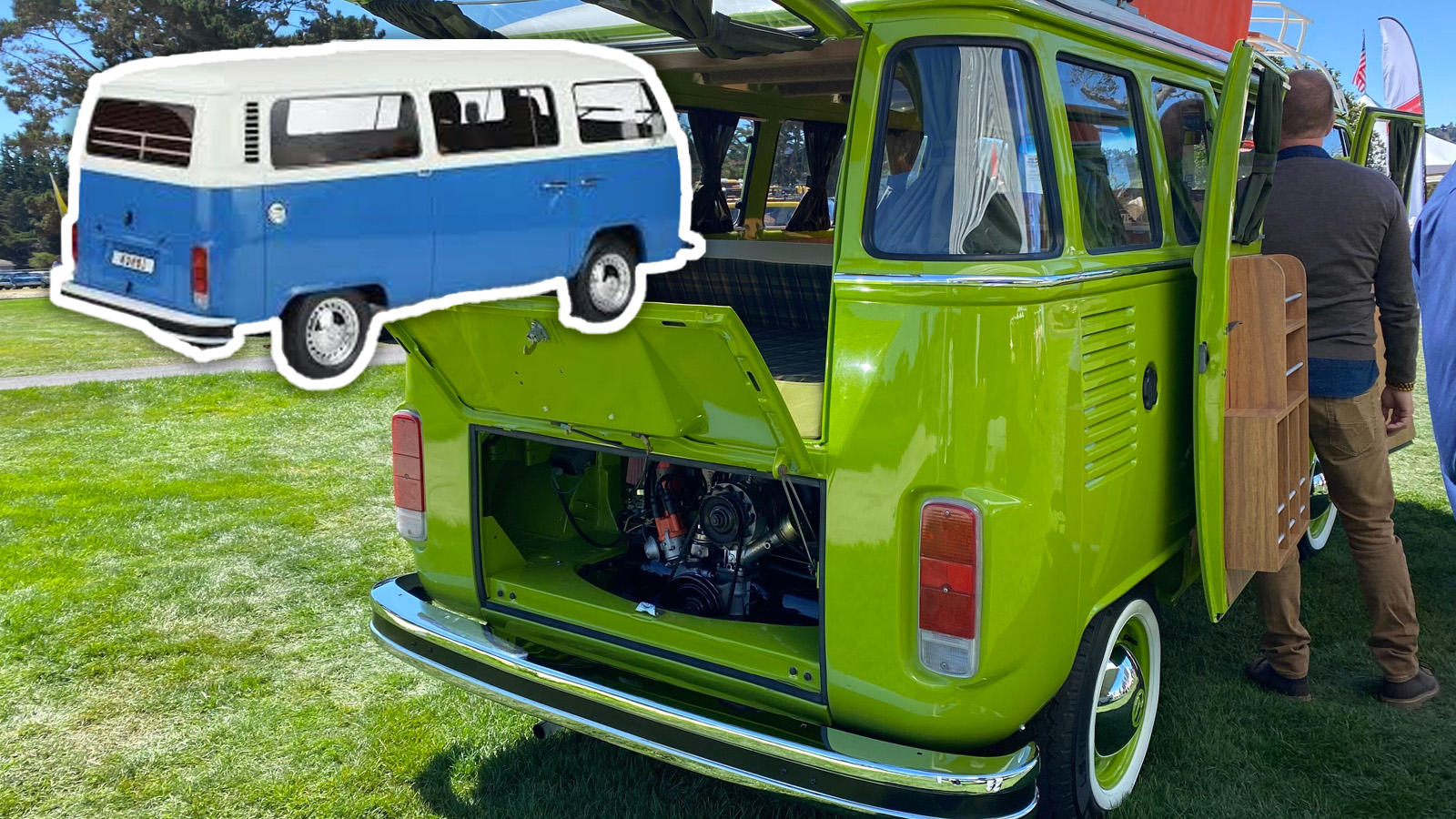 The best way to tell if a (1975 and up) Bus is Brazilian is to look at the rear. If it has the long taillights of a 1972 and later US-spec bus and a Bay Window (as in, not split) front end along with traits from the pre-Bay Window buses (below the beltline engine air intakes on the sides, smaller windows with the corner windows, and hinged instead of sliding side doors) then it’s a Brazilian Type 2.

The result is a bus that has a lot of appealing early bus design traits (those rear corner windows!) with the more updated front end. I really like these Brazilian ones, and it allows a classic look with a much newer bus – case in point, that 1989 model above.

Mexican-built buses switched to a liquid-cooled engine in 1991, so those sprouted a radiator, and are easy to identify:

I say it seems the Brazilian buses aren’t commanding the same absurd prices as their German counterparts because I saw this bus go on the block: 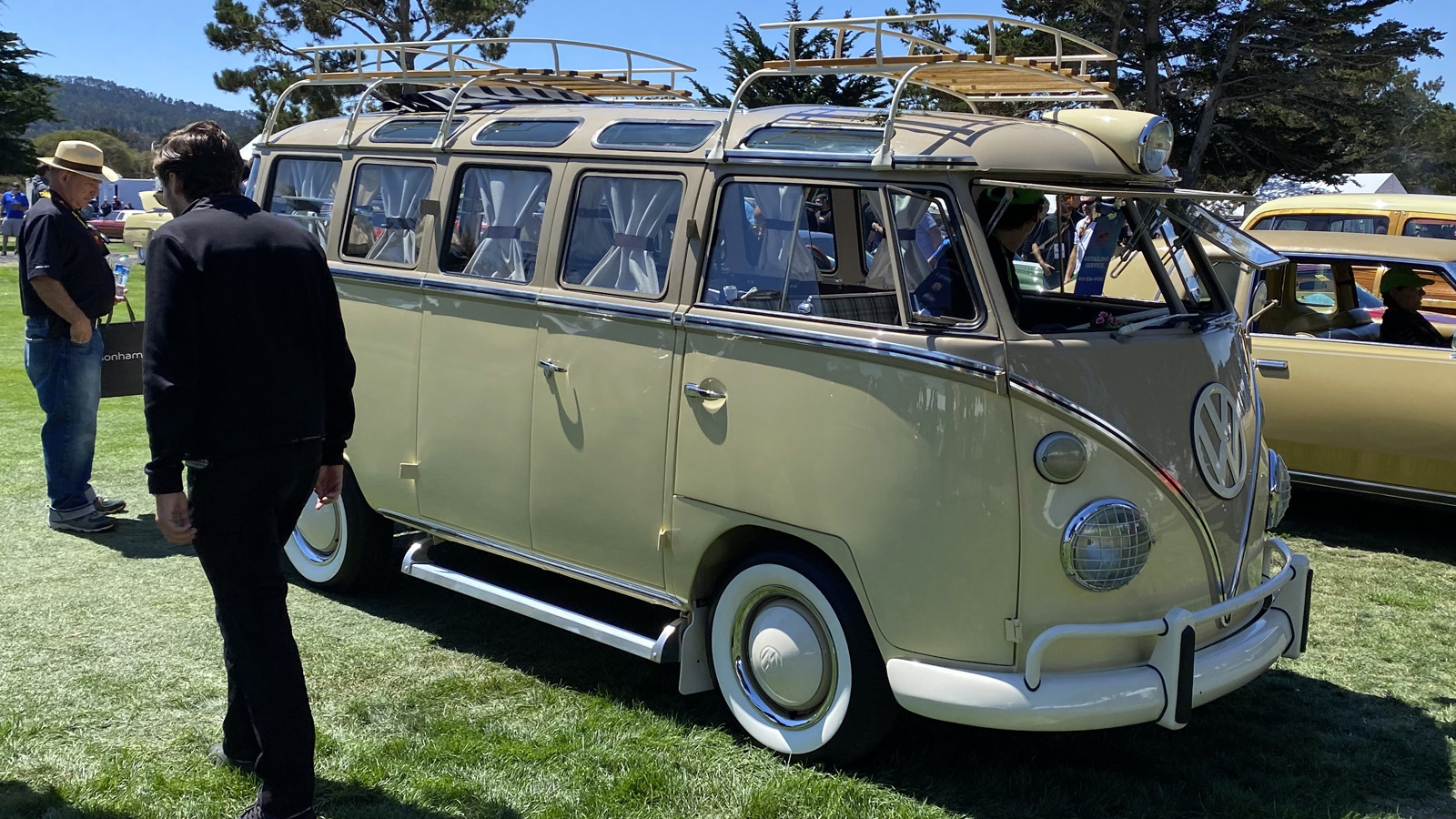 …which looks like a normal mid-’60s 21-window  bus, complete with plenty of desirable options like the opening front “safari” windshields, roof racks, and that great extra cyclopean light on the roof. This sort of thing has been selling for over $100,000 for a while now, but this one went for about half that, and as far as I can tell, it’s because it’s a Brazilian-built (pre-1975, though) one.

Based on this example and some idle chatter, it seems Brazilian buses aren’t going for as much, which I think makes them a hell of A Deal. Who cares if it’s Brazilian? These are fantastic, and it’s not like you’re really risking sacrificing reliability or anything.

So, there’s my tip, based on some limited observations and some talk. Use it at your own risk.

I'm a co-founder of the Autopian, the site you're on RIGHT NOW! I'm here to talk to you about taillights until you cry and beg me to stop, which I absolutely will not. Sorry. Hug? Also, David's friend.
Read All My Posts »
PrevPreviousThe Lincoln Model L100 Concept Is An Autonomous Living Room With A Body That Hinges Itself Open
NextAppropriately Named: 1965 Mercury Monterey vs 1980 Renault LeCarNext