Happy Friday, Autopians! As you have no doubt read, the Autopian bigwigs are enjoying the spectacle that is Monterey Car Week. We mere mortals were not invited to attend, but I didn’t want to miss out on all the fun. In honor of the event and, therefore, to close out the week, I have chosen to feature a vehicle called “Monterey,” and a vehicle called “Car.”

So first we’ll finish up with our sports cars from yesterday, and then we’ll dive in…

Well, I can’t disagree with that. A good Miata is pure bliss, and even a beat-up Miata is a hell of a lot of fun. Somebody go scoop that thing up before the seller comes to his senses.

That takes care of the old business, now, on to the new. When you choose cars purely by name for a joke, you end up with some strange combinations. Today we have a big, cool American cruiser, and a tiny French city car with a silly Americanized name. Why not? It’s Friday; let’s have some fun. 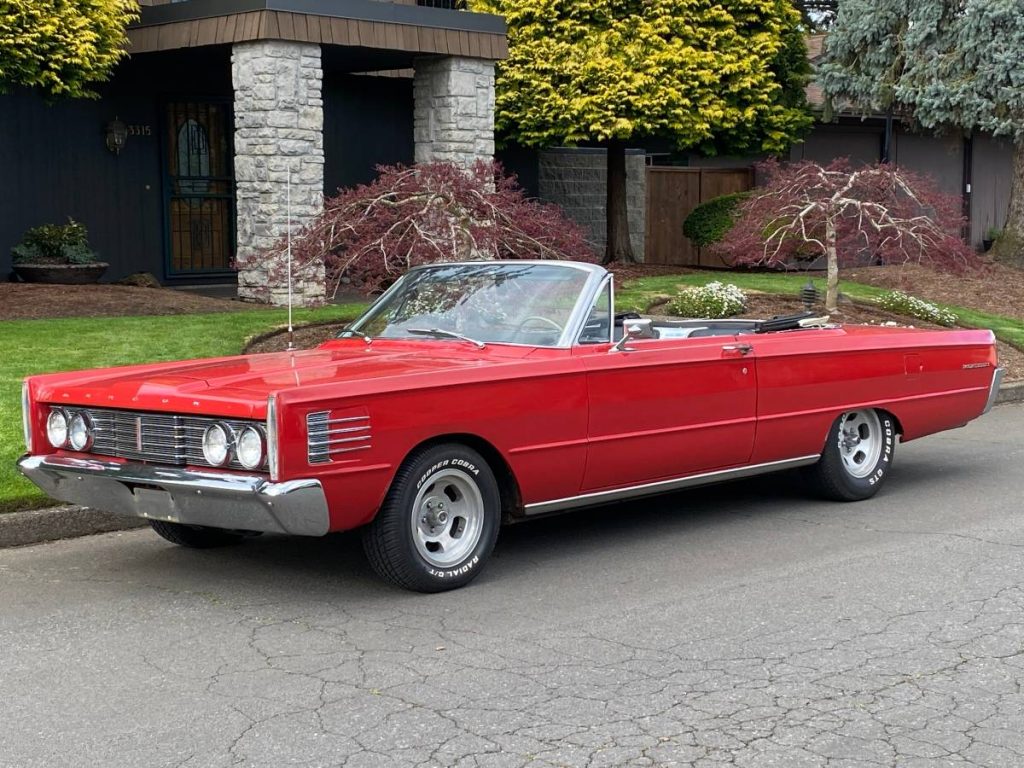 Runs/drives? “Perfect,” according to the seller.

I have to start by saying that I love, love, love the looks of this car. Slab-sided mid-Sixties American cars just work for me, especially convertibles. If I were going to look for one, I’d prefer a stacked-headlight Plymouth Fury to this, but I wouldn’t kick this car out of the garage. That is, if I could get it into the garage in the first place; this car is every bit as long and wide as it looks in the photos. But man, what a presence!

Just look at this profile: 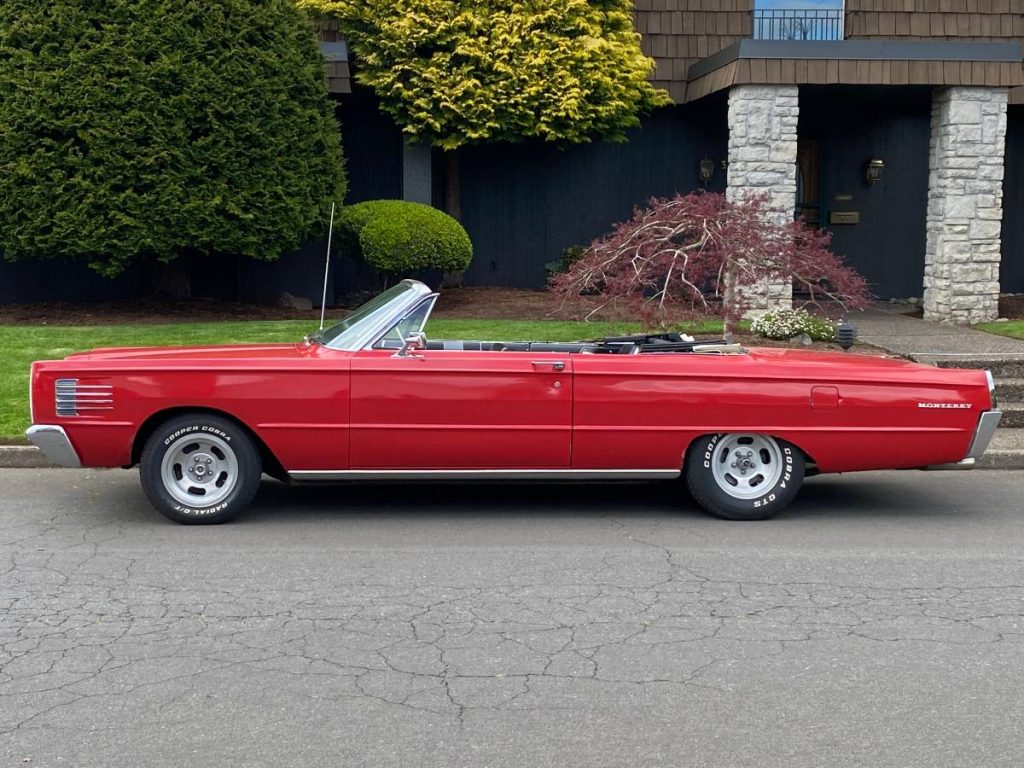 It occupies psychic space as well as physical space. This car is there, making its presence known, in a way that very few cars do anymore. This is the full-size Mercury, based on but longer than Ford’s Galaxie. This one has the smallest available V8 engine, still a whopping 390 cubic inches. It won’t knock your socks off in terms of performance, but that’s not the point of a car like this. 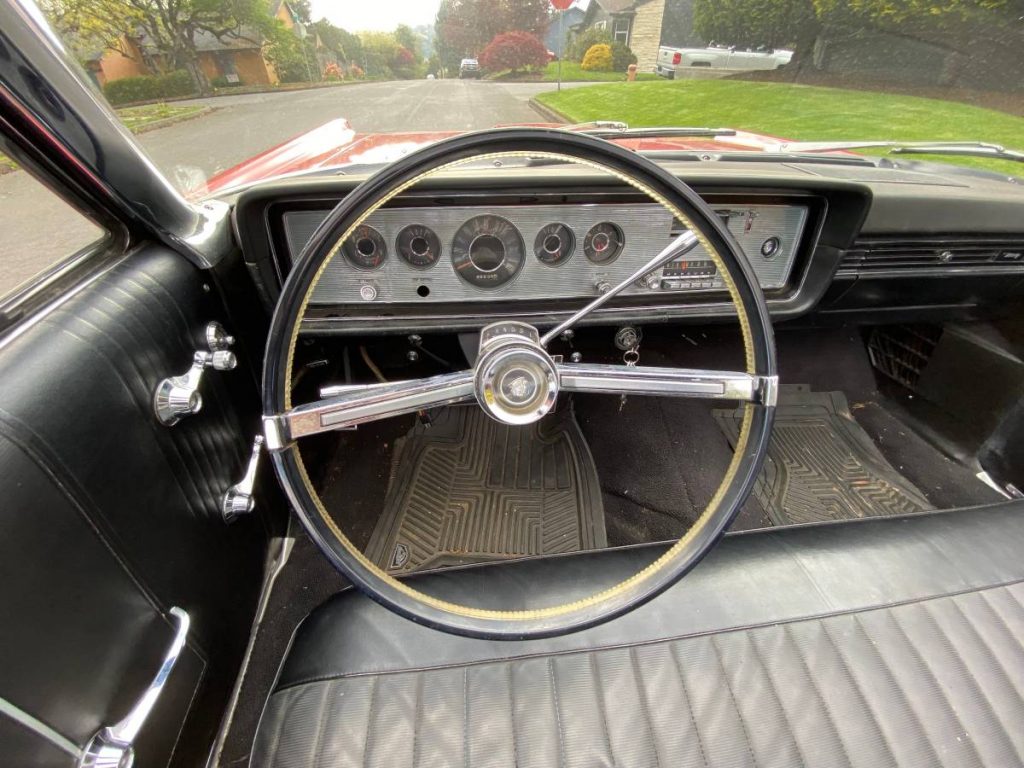 The point of a car like this is looking at the world from this viewpoint, aiming this long, wide battleship of a car down a highway and just letting it eat up the miles. Choose your favorite music for accompaniment: I bet anything from Sinatra to Operation Ivy would do just fine for this ride. 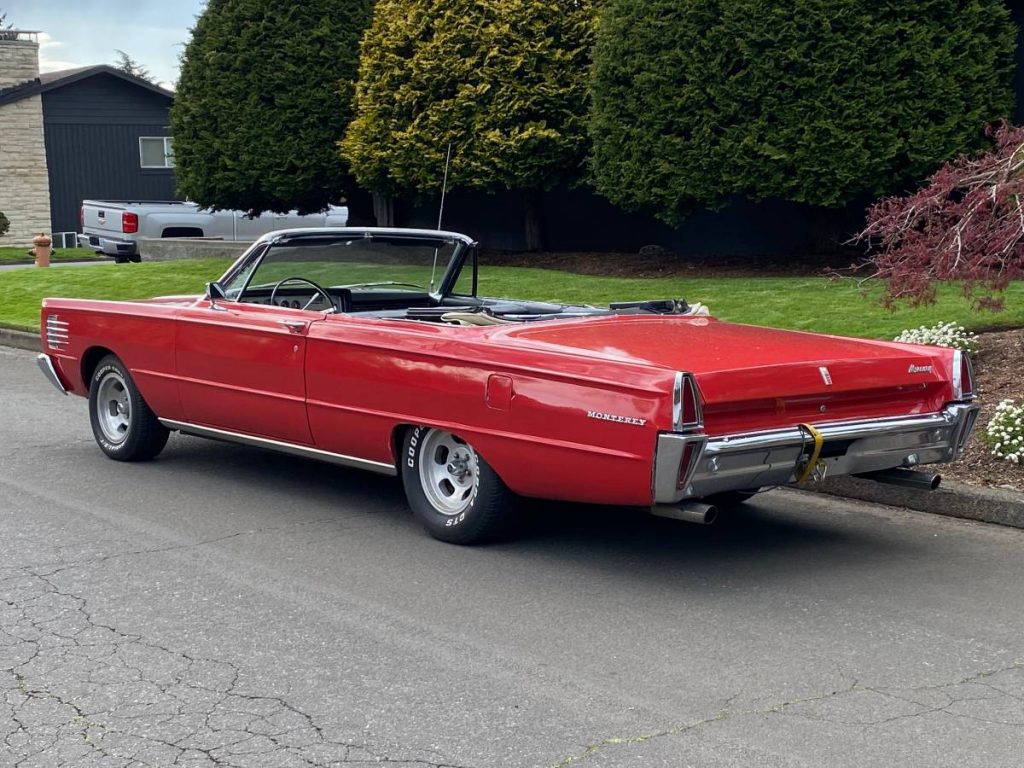 With all that said, I think this particular Monterey is overpriced. (But then again, overpriced cars are kind of the theme of Monterey Car Week, so it fits.) There are too many little things wrong with it – the missing “Y” in “Mercury” on the hood, the spots on the dash and steering column, and whatever that tow strap is all about – to justify a fourteen-grand price tag. I’d say for half this price you’d be getting a good deal. 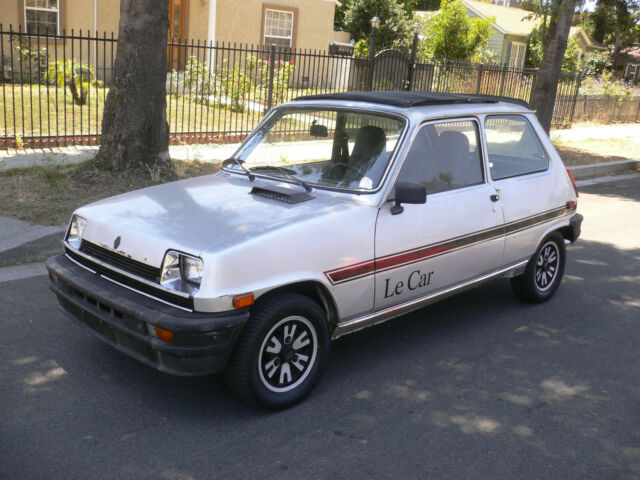 And at the other end of the size spectrum, we have this delightful little thing. Renault never really caught on in America like it did in Europe, but it wasn’t for lack of trying. Unable to stop being all weird and French, Renault simply leaned into the weirdness and Frenchness of it, and called this car – known as the Renault 5 in the rest of the world – the LeCar. 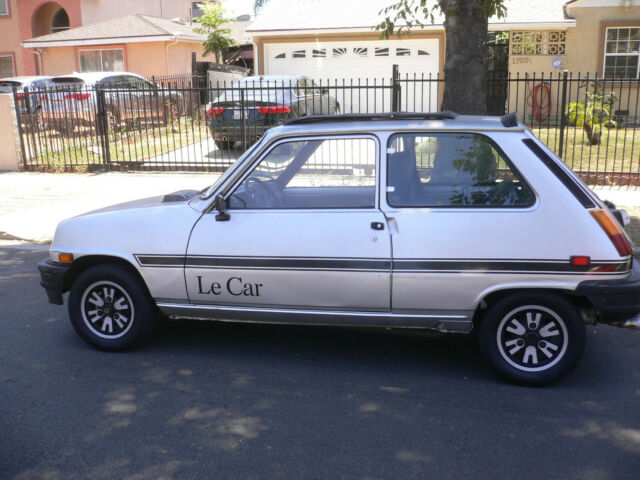 And it really is a cool little car, with its three-lug wheels, gigantic sunroof, and happy little face. In the grand French car tradition, it’s also quite comfortable and smooth-riding for such a small car. It’s not fast by American standards, but the LeCar was available with only the largest of the R5’s engines, a 1397 cc overhead-valve four. It always surprises me just how small the engines get in European cars compared to ours: in France this car’s base engine was under 800 cc.

[Editor’s note: Annoyingly, the three-lug bolt pattern for the LeCar is ever so slightly different than a Smart. Shame, because you could get turbine wheels for a LeCar and they would look so sweet on a Fortwo  – MS] 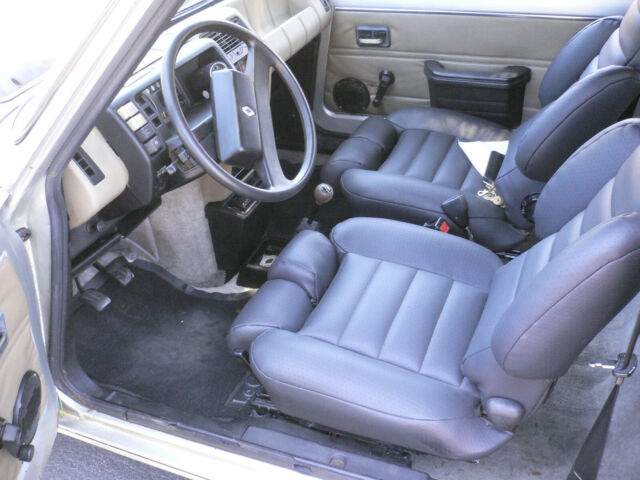 This LeCar looks like it has been gifted with a pair of uprated front seats. I don’t recognize them, but I’m sure someone will. They certainly look comfy, and French, so maybe they came from a fancier Renault? It does look nicer on the inside than it does on the outside; there are a few rust bubbles popping through here and there, and it looks faded. But it also looks original, which is a good sign. And I like the snazzy alloy wheels on it. 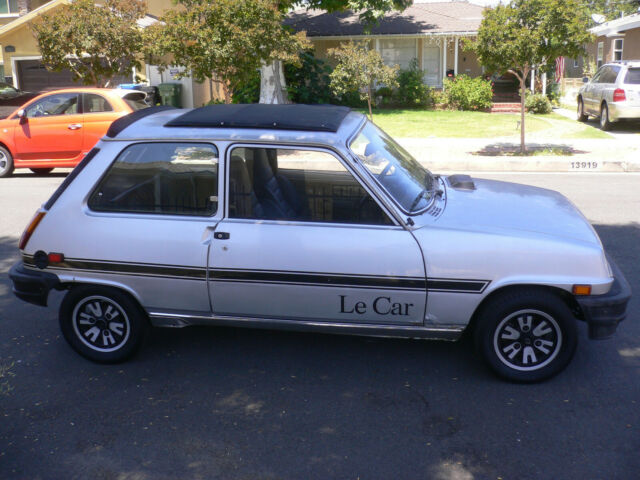 This LeCar is up for auction, so we don’t know how much it costs, and I didn’t bother to sign up for the auction site to see what it’s going for right now. But in any case, a car is worth exactly what someone is willing to pay for it at the moment it sells, and not a penny more or less. I would imagine it won’t go for a whole lot; not too many eccentrics out there want a forty-year-old French economy car (though there are a few, and thank goodness for them), and there are nicer LeCars out there. This one just spoke to me.

And that’s our Shitbox Showdown salute to Monterey Car Week. Which one will it be, the American land yacht, or the tiny French runabout?

Pacific Northwest-based self-taught DIYer of all the things. Current fleet: 1971 MGB GT, 1989 Chevy K1500, 2013 Chrysler 300C, 2003 Infiniti QX4, and 1966 Aristocrat Land Commander trailer. Not to mention about 40 RC cars and around 100 model kits...
Read All My Posts »
PrevPreviousCold Start: Here’s My Not-Really-Insider’s Auction Tip/Guess About VW Buses
NextToyota Doesn’t Expect New Car Supply To Catch Up With Demand Until Deep Into 2023Next