Cold Start: It’s Not Cheap If It’s A Choice

There’s something about old brochures for really cheap cars that I find fascinating. Mostly, it has to do with how a given car’s features that are clearly and obviously severe cost-cutting measures can be described like they’re something positive, not something you got stuck with because you’re too broke for anything else, but something you chose. This old 1956 Standard 8 and 10 brochure is a great example of this.

Look above there; that’s a Family 10 model that features a luggage space that is “quite unique” in that you can’t access it from outside the car, because there is no trunk lid. Of course, this is something that you most likely have chosen, because, as the brochure tells you, it is “completely dust- and water-proof,” finally freeing you from the tyranny of damp, dusty luggage. That’s why you wouldn’t be caught dead driving a car with something as crass as a trunk that opened from the, ugh, outside, a place full of dust and water. 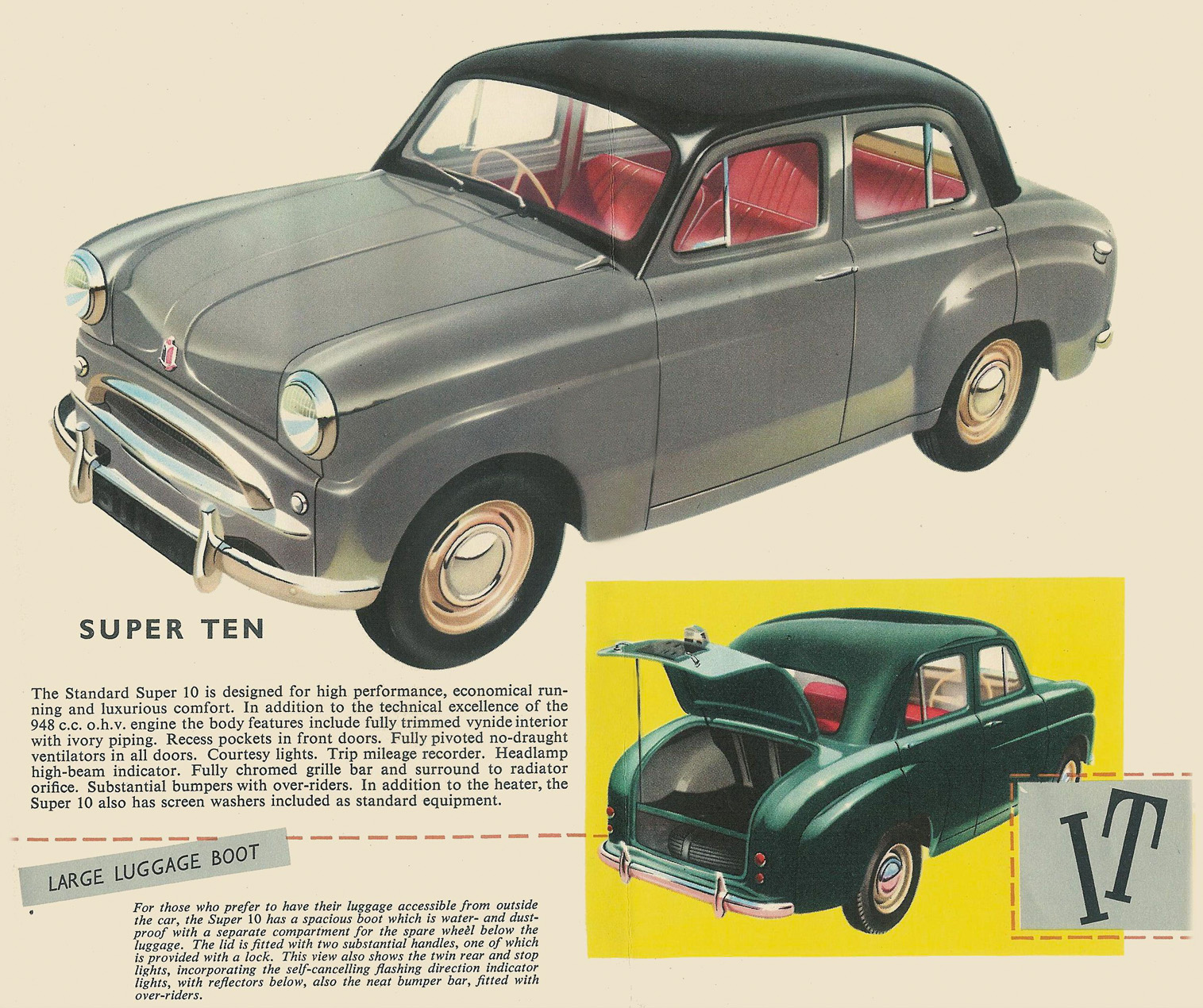 Of course, the brochure does grudgingly acknowledge “those who prefer to have their luggage accessible from outside the car,” a group I can only assume is populated exclusively by titled royalty used to such ostentatious decadence, but the brochure helps keep everything grounded with a  detailed description of the tin round taillights (incorporating the self-cancelling direction indicator lights, just like a Rolls-Royce) and the “neat bumper bar.”

I'm a co-founder of the Autopian, the site you're on RIGHT NOW! I'm here to talk to you about taillights until you cry and beg me to stop, which I absolutely will not. Sorry. Hug? Also, David's friend.
Read All My Posts »
PrevPreviousWuling Is Showing A Gleefully Bonkers Retro Version Of Its Tiny EV City Car
NextI Miss Boxy, Angular Cars: 1984 Honda Accord vs 1989 Nissan SentraNext