Cold Start: Look At This Lineup

Are you having trouble getting motivated this morning? I get it; work is, well, work, and sometimes productivity is a hard thing to move into, saddled with the inertia of pleasant non-productivity from the weekend. You know what might help? Maybe a refreshing spoonful of schadenfreude.

Just imagine you’re 1978 Ford and almost half your lineup is this: a Pinto, a Granada, and the Mustang II. Somehow, you need to sell as many of these dogs as you can, and you know damn well what they really are: an exploding deathtrap (albeit with an excellent engine), a disappointing sequel to a legendary car, and a car that marketing keeps trying to insist is as good as a Mercedes, which it very much isn’t.

They got through it and now make things like the wonderful, cheap Maverick. If they did it, so can you. 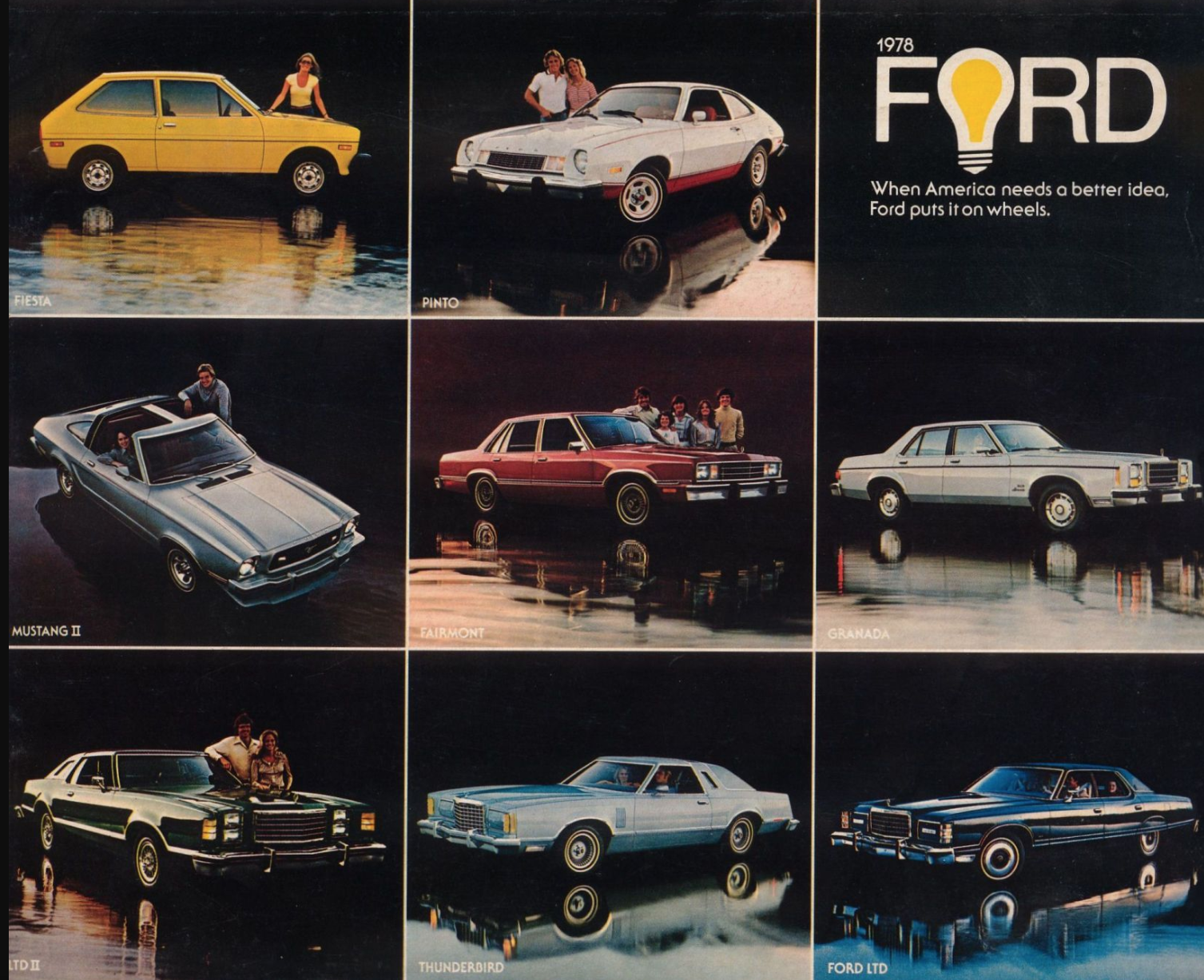 You know, if I had to drive one of these today, I’d go for the low end: I’d genuinely like a first-gen Ford Fiesta like that yellow one there, and I’d be lying if I said that Pinto doesn’t have some appeal, too.

I'm a co-founder of the Autopian, the site you're on RIGHT NOW! I'm here to talk to you about taillights until you cry and beg me to stop, which I absolutely will not. Sorry. Hug? Also, David's friend.
Read All My Posts »
PrevPreviousI Can’t Stop Obsessing Over These Two Manual Ford SUVs: Which Is The Better Buy?
NextDodge Colt Or Ford Courier: Which Captive Import Captures Your Imagination?Next