I Can’t Stop Obsessing Over These Two Manual Ford SUVs: Which Is The Better Buy?

I can’t explain it, but there are some cars that just make me get a bit weird. Manual Ford Aerostars and Chevy Astros will do it, manual Saturn Vues will do it, manual Ford Fusions will even do it. There’s just something great about a manual version of a car that you wouldn’t expect to have a stick — especially if that manual makes the car extremely reliable over the automatic. That’s why I cant stop drooling over this 1993 Ford Explorer and 2008 Mazda Tribute (basically a Ford Escape). So let’s decide which of these is the better buy.

Typically “Shitbox Showdown” runs from Monday through Friday, and is penned by our talented contributor Mark Tucker. But I felt compelled to write a bonus Shitbox Showdown as a way to thank you for helping our site reach 1 Million pageviews this month, and also because I can’t stop staring at these two manual Ford SUVs and sharing them with Jason Torchinsky. Jason shares my appreciation for these two vehicles, but I can only send him these two links so many times before even he tires of agreeing with me that these are cool. (Actually, in truth, I don’t think he ever tires of it; but I worry that he might after the 1000th time I show him these links, so let me cut him a break and start bothering you). We’ll start with the Tribute. 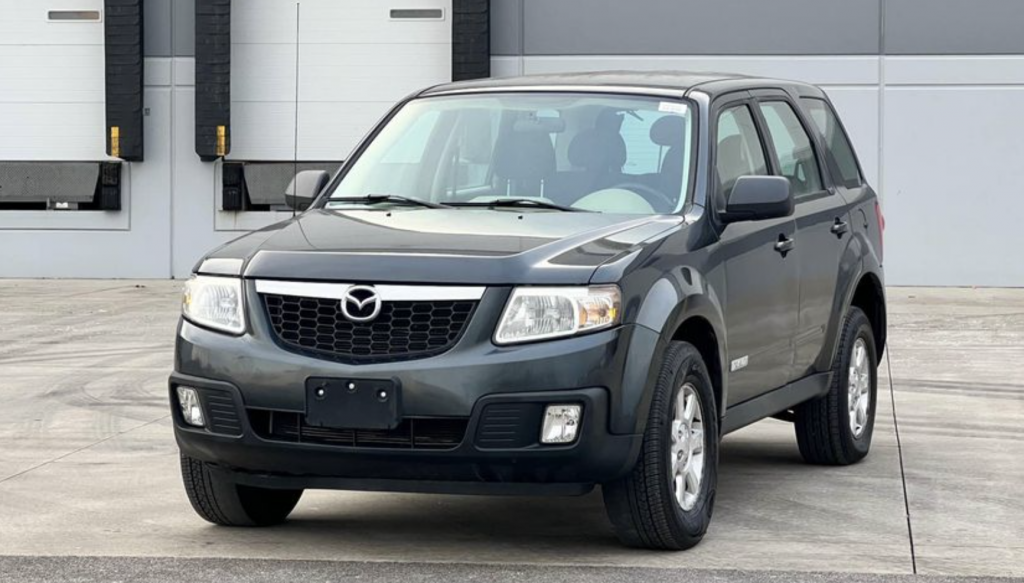 I know, I know. Some of you are thinking: “Hey, this is supposed to be Shitbox Showdown, and you’re showing us a $6,500 car?” And that’s fair; this thing ain’t cheap, and it’s really not a shitbox, per se. But it’s cool, though maybe in the same way that music aficionados like bad music and cheese connoisseurs enjoy dairy that smells like feet.

But whatever. So what if I’m in so deep that I’m now drooling over mundane crossovers? I’m not ashamed. Look at this thing! You can’t tell me that the second-gen Mazda Tribute’s styling hasn’t aged well. It’s upright, has tough fender flares, the face looks confident, and overall the design is just clean. 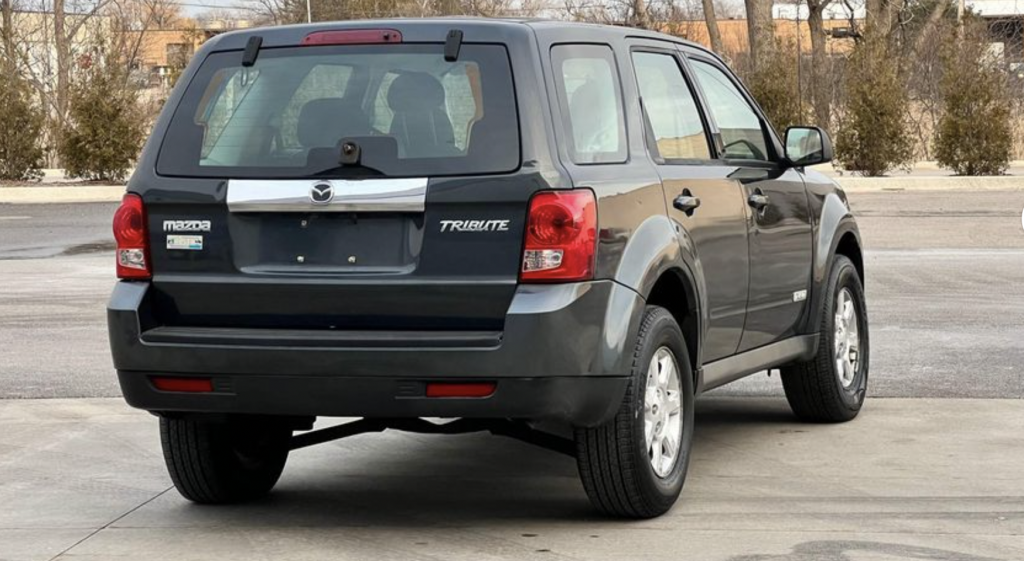 But here’s the thing: It’s not just the crisp exterior styling that has me so interested in this Tribute — it’s the interior. Not only is it equipped with a stickshift and clutch pedal, but it’s absolutely beautiful for a cheap 14 year-old crossover cabin. Check it out: 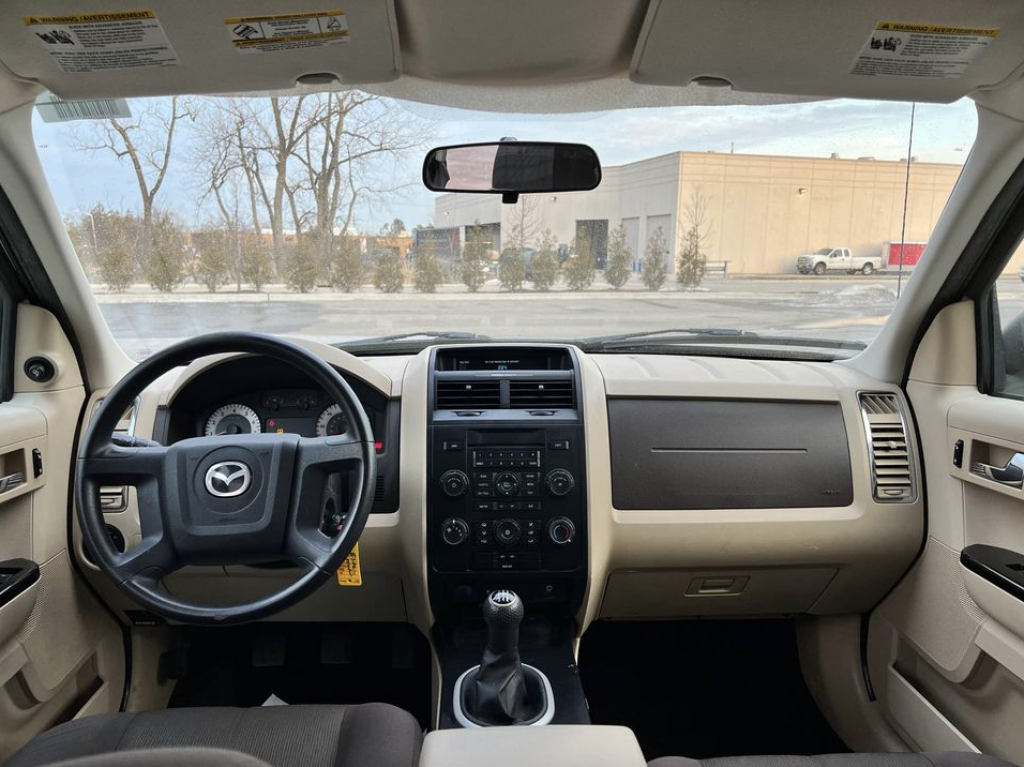 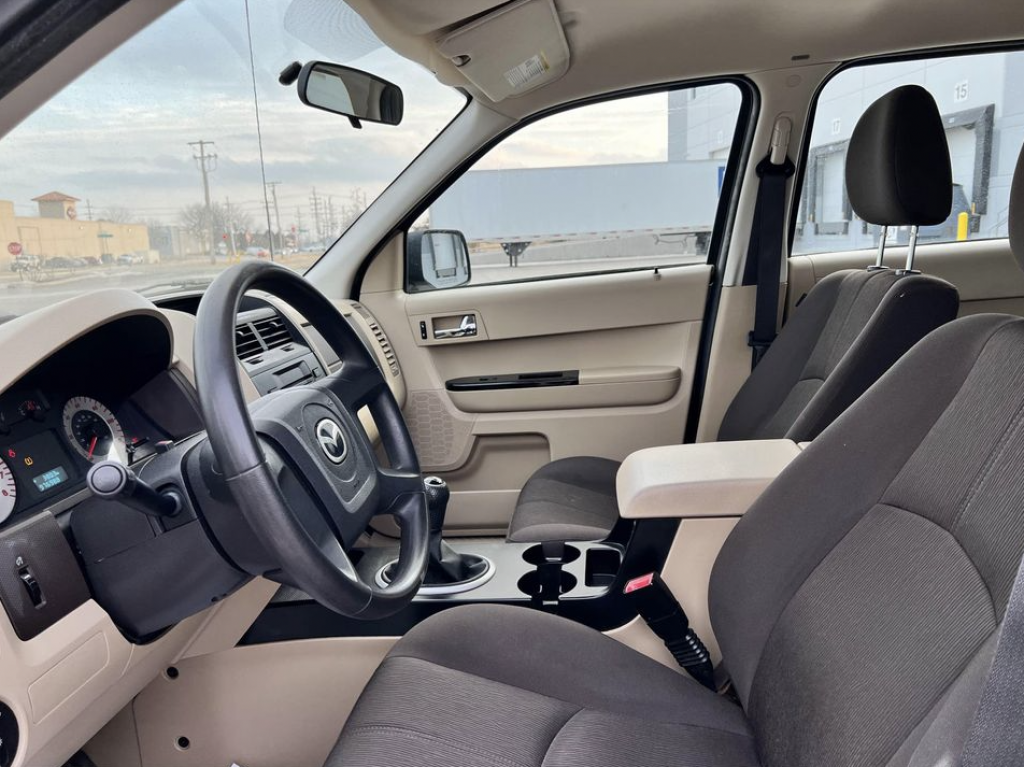 Am I wrong on this? Why do I find this 14 year-old Ford Escape cabin to look absolutely lovely. The tan and black is just so perfectly blended, the four-spoke steering wheel looks great, and the liberal use of tan on pretty much all door trim and on the headliner — it just makes the interior feel airy and pleasant. 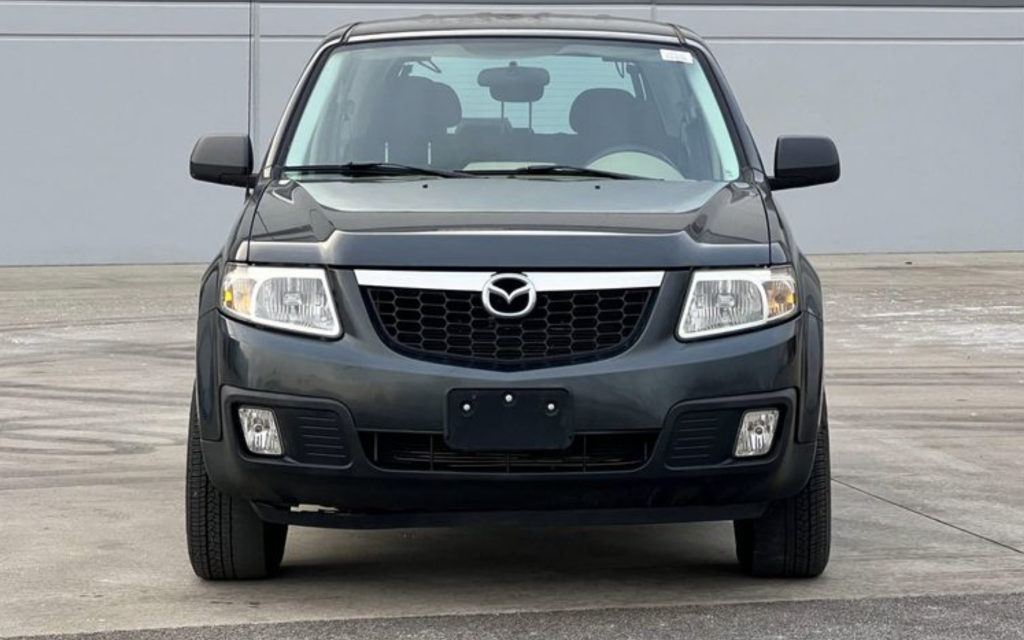 But it’s not just the elegant interior and exterior styling that has me feeling some type of way about this Tribute, it’s the hardware underneath it all. The engine is Mazda’s 2.3-liter “MZR” engine, called the Duratec 23 in Ford applications. It is a legitimately good engine that tends to last forever, and it’s hooked to a Ford G5M-R five-speed manual which should last well beyond 200,000 miles if taken good care of (though its internal slave cylinder has me concerned, as to fix it would require one to remove the transmission; external slave cylinder designs don’t have that problem).

I guess what makes this car so appealing is that it’s a modern car with decent crash test scores, it scores 28 MPG highway, its interior looks fantastic, the exterior looks like a nice blend of elegancy and toughness, and with only 95,000 miles on the clock, I bet that Mazda MZR motor and G5M-R transmission will last until the end of time. 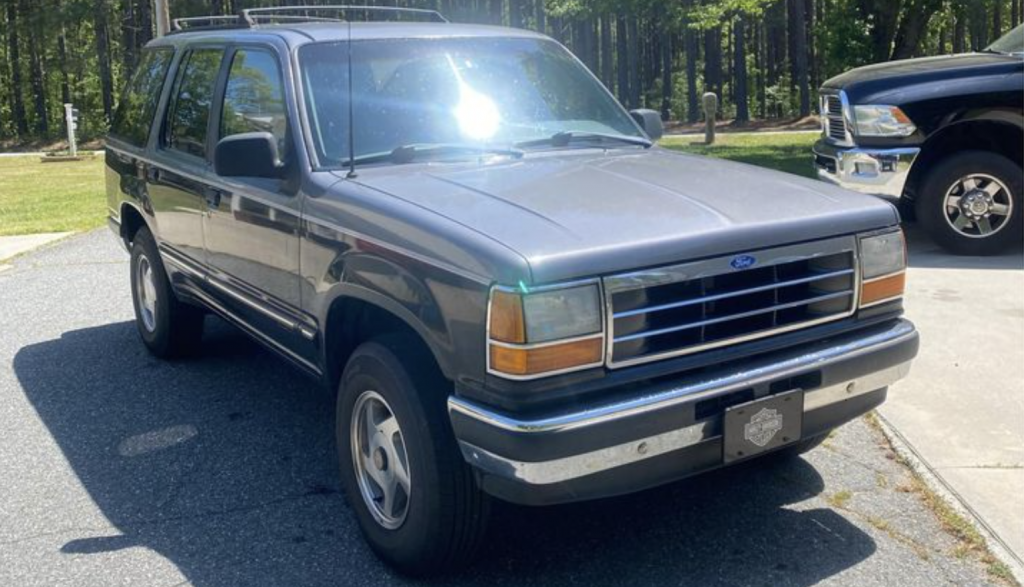 The other manual FoMoCo SUV I’ve been drooling for is a 188,000 mile 1993 first-generation Ford Explorer. It’s a body-on-frame, squared-off, old-school machine that really doesn’t get the love it deserves from car enthusiasts. Though I guess I understand why; the vehicle is a bit watered down. It’s not as purposeful as its Jeep Cherokee competitor; the geometry and the independent front suspension setup pretty much preclude the car from being a real off-road beast straight out of the dealership; it guzzles gas; it looks like many other Fords of the era (and shares many mechanical attributes)’ and it never really became a cult classic despite being featured in films like Jurassic Park (where it wasn’t really the star). It’s just a 1990s-era Ford SUV. 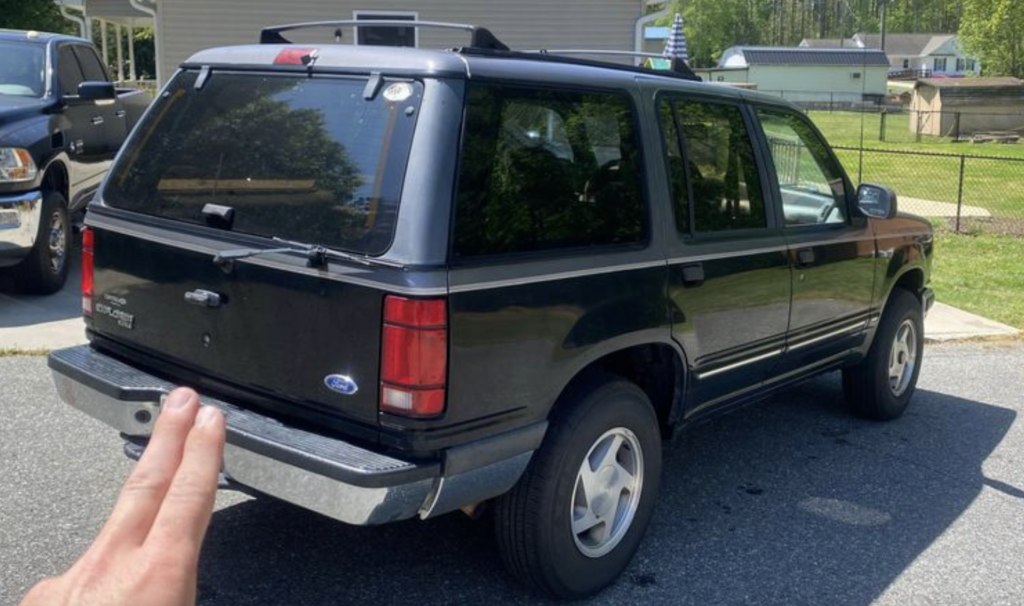 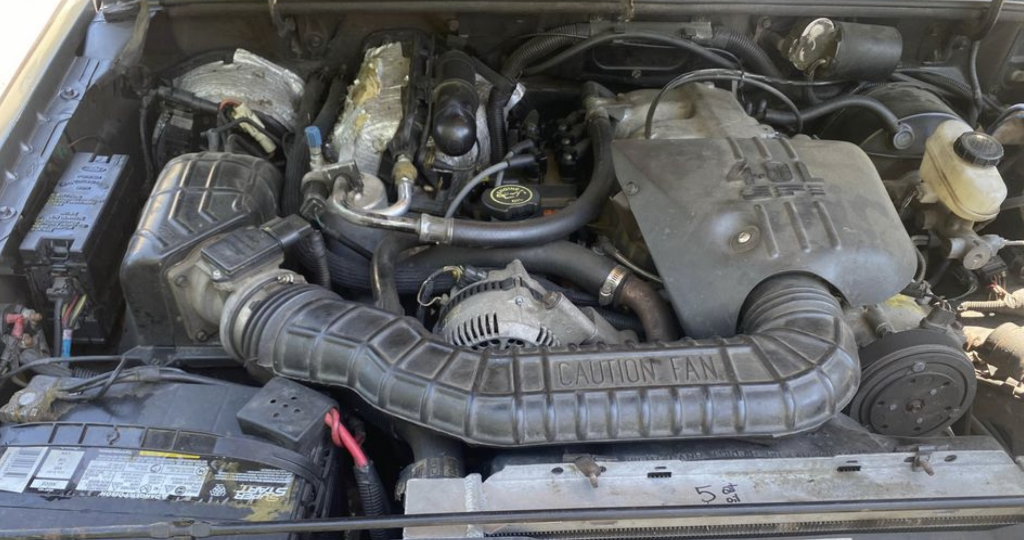 The squared-off styling just works, and overall, I think this body-on-frame, 4×4 machine would make a pretty good camping rig. The 4.0-liter V6 underhood is basically unkillable from what I’ve been told, and though the Mazda M5OD five-speed isn’t exactly known for being the most robust manual transmission, if used mostly on the street and not in hard-core off-road environments it should hold up just fine. 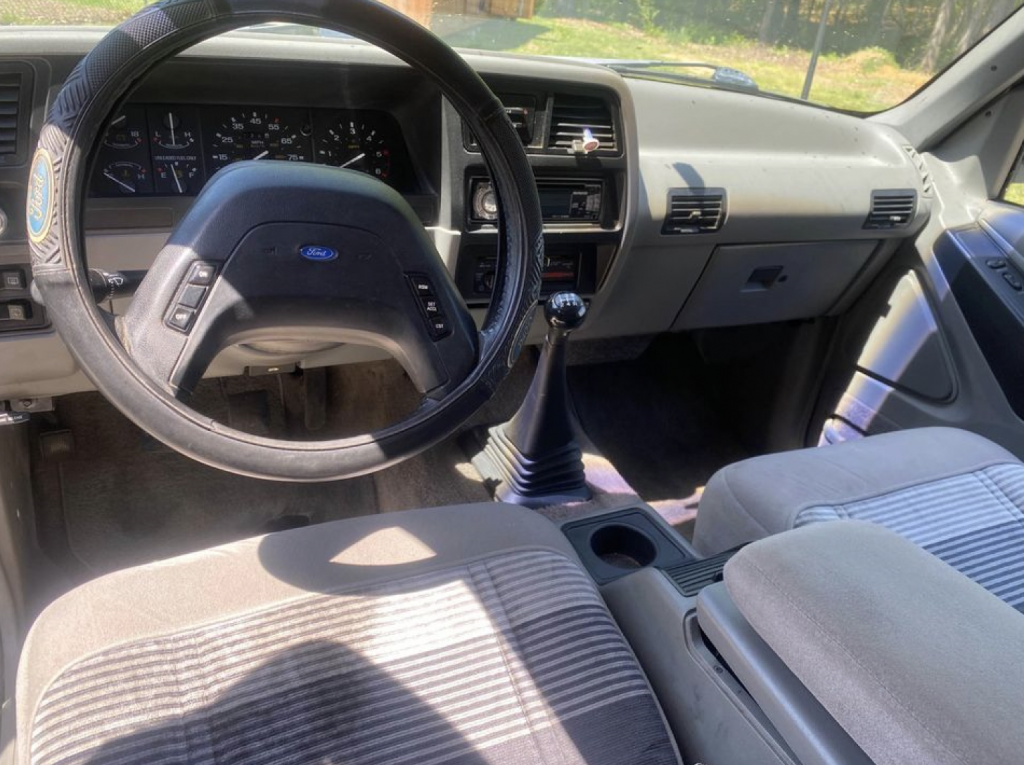 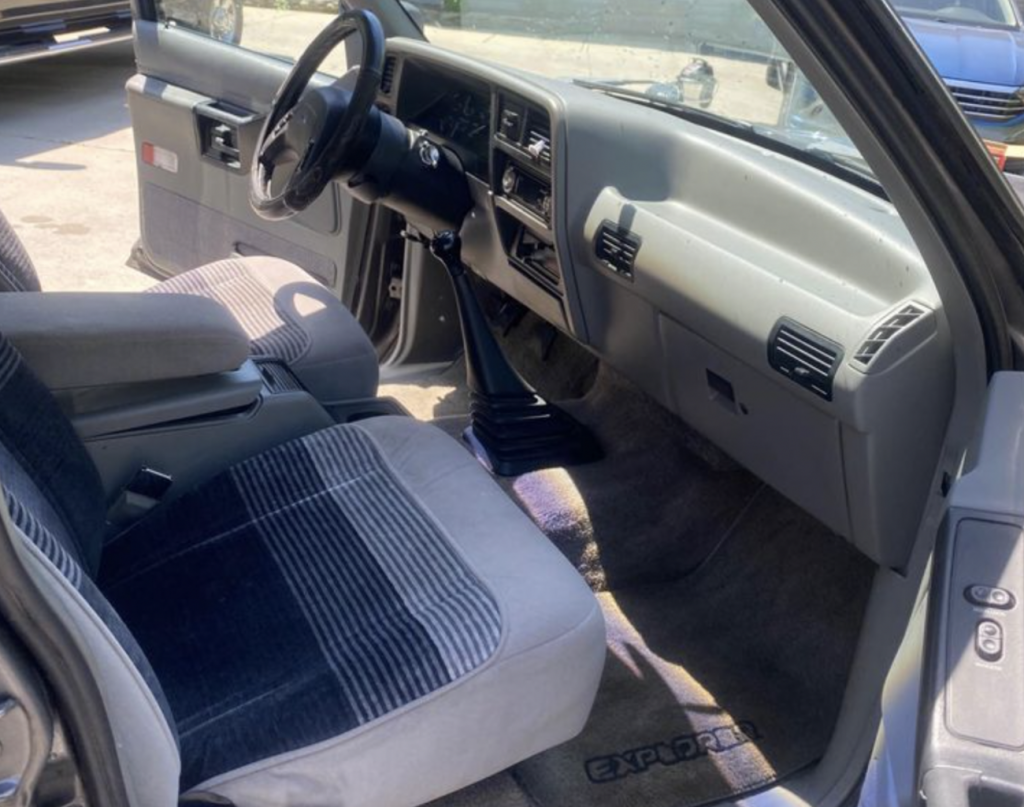 The dash is a bit boring, but the Explorer’s seats are just fantastic with those striped shades of gray. 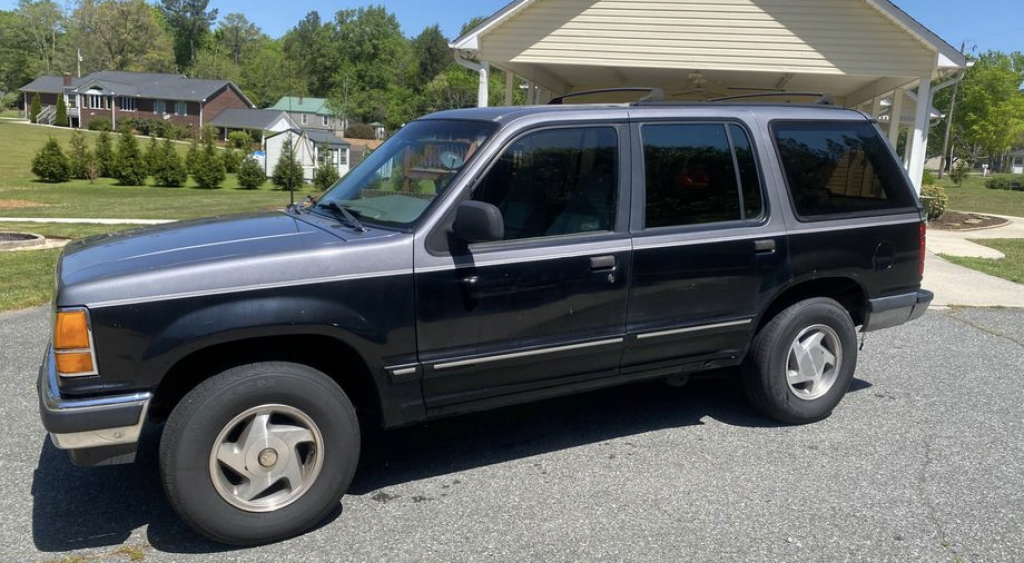 The two-tone exterior paint is lovely, and between it, the fun seats, the car’s squared-off shape, the reliable V6 engine, the 4×4 capability, and the five-speed manual, there’s just a lot of ’90s Americana to love, here.

The question is: Does the lower-mileage, more expensive front-wheel drive 2008 Mazda Tribute offer even more to love? It’s newer, safer, has a nicer and brighter interior, has a similarly stout engine and drivetrain, can go farther on a gallon of gas, and is safer. But it’s also a two-wheel drive crossover that looks like an Escape. Hmm.

Let’s have a poll:

Rust-loving Jeep man, cofounder and EIC of The Autopian, Jason's friend. Email: david@autopian.com
Read All My Posts »
PrevPreviousThe Autopian Has Reached 1 Million Pageviews In Its First Month. Thank You All So Much!
NextCold Start: Look At This LineupNext