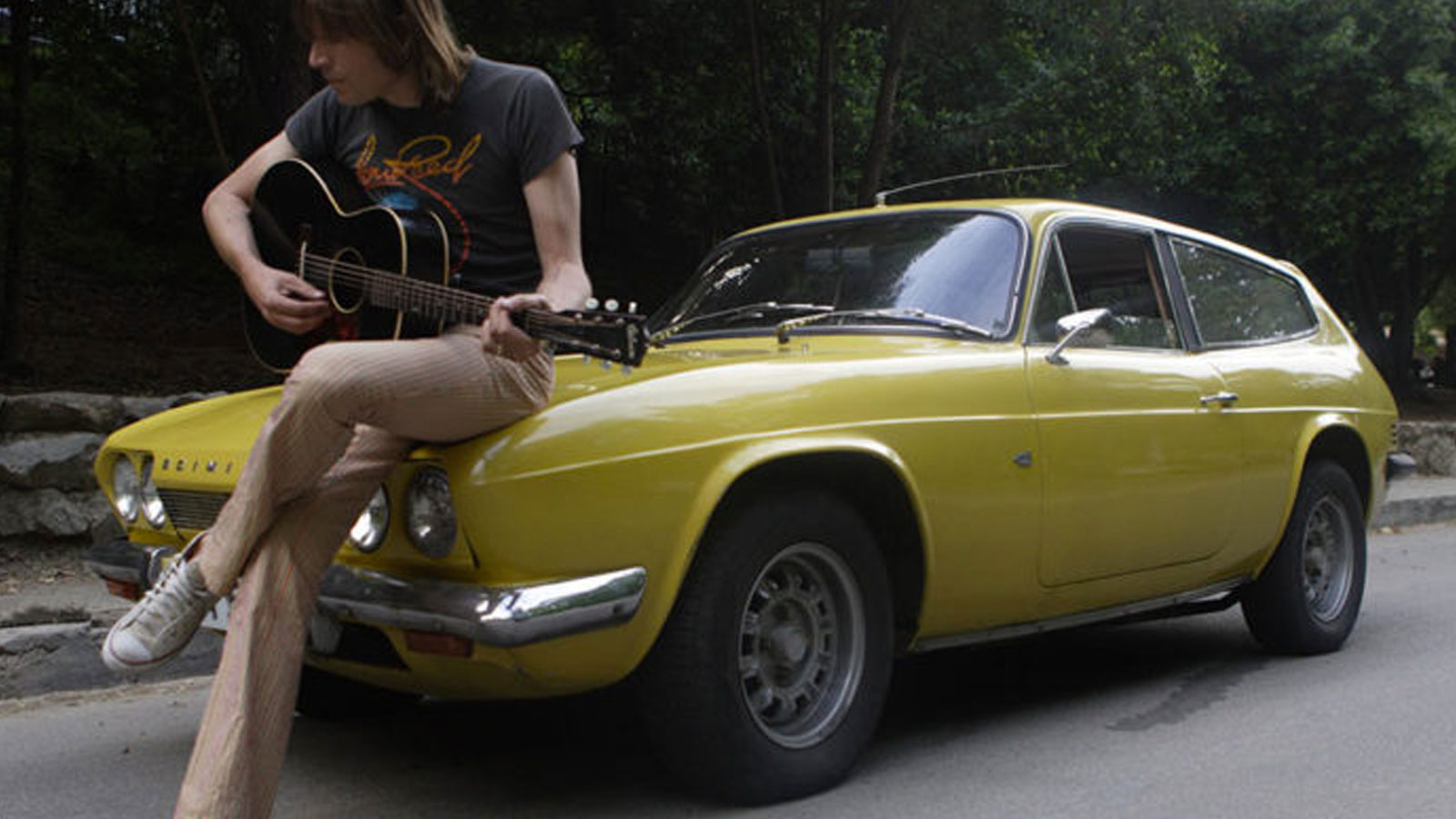 Recently, I was made aware of something kind of fascinating: a car I used to own and which was in many ways responsible for my current career of being a professional Car Doofus seems to be enjoying a continuing modeling career, all stemming from one day, around 2006 when I got paid $100 to let a ’90s indie rock star sit in and on my car. The star is Evan Dando of the Lemonheads, and the car was my old 1973 Reliant Scimitar GTE SE5a.

I found out that my car is still out there, earning money for Juliana Hatfield’s old friend via this tweet:

Do we really think The Lemonheads' Evan Dando really owns a lemon yellow early Scimitar? Or has this been set up by his record company? @sniffpetrol @Carpervert @Rockstarscars pic.twitter.com/hZvtSxMl50

I was surprised when I saw this because I had no idea that this picture was still being actively used, but damn, it sure as hell is. Look, it’s even the cover on his Spotify page! That’s especially notable when you take into account that the photo was shot at a time when Kazaa was still a thing.

I remember how this all happened very well. I was driving my Scimitar somewhere around Hollywood, I think, which wasn’t unusual. At that time, I was living in LA, and while I had my Beetle, from around 2005 to 2009 or so the Scimitar was my daily driver; I loved driving that thing. It was the highest horsepower car I’ve ever owned as a go-to daily, with a hilariously low by almost anyone else’s standards output of 140 or so.

It was front-mid engined with a light fiberglass body, had a satisfying shifter that had overdrive on third and fourth, and was even kind of practical. It was a blast to drive, looked incredible, and, as I recall, smelled great, too. Anyway, I was driving, and a woman in the car next to me called out to me, and told me she liked the car or something, and was a photographer, and, somehow – I don’t really remember – contact info was exchanged.

That person was the very talented photographer Piper Ferguson, who I’d like to mention by name because I don’t think I’ve seen that photo tagged with a credit to her anywhere and she deserves it.

Anyway, when I talked to Piper, she told me that she’d like to use the car for a photo shoot that weekend and there’d be a crisp $100 bill in it for me. Hot damn! I could use that money to exchange for goods or services of my choosing! It’s a deal!

I remember that they told me to meet them at some place in Griffith Park, but exactly where was kind of vague, and I spent a while trying to find them, to the point where some cranky assistant called me and told me not to bother, they were all too fed up or whatever. LA is densely populated with assistants in perpetual states of crankiness.

But, I found them right afterwards, and the cranky assistant seemed to have calmed down and all was right in the world, and we did the shoot.

I don’t think I knew it was for Evan Dando until I got there; I knew the Lemonheads well, so it was fun seeing that it would be for him. I remember they took a lot of shots, including a few where Dando was all folded into the rear cargo area with his guitar, and peering through the all-glass hatch, like my car was a terrarium for musicians.

I’m just pleased that after 16 years, my car is still getting the sort of star treatment I always knew it deserved. I sold it in 2020 to the wonderful collector Myron Vernis, who is getting it back to its former glory in a way I’d never have the time or resources to do, so that’s exciting. When it’s all ready I hope to see if Myron will let me drive it again, for old times’ sake.

And, Evan, you got footprints all over my upholstery. Don’t think I didn’t notice.

I'm a co-founder of the Autopian, the site you're on RIGHT NOW! I'm here to talk to you about taillights until you cry and beg me to stop, which I absolutely will not. Sorry. Hug? Also, David's friend.
Read All My Posts »
PrevPreviousAutomotive Would You Rather: Unholy Unions Or Gasoline Eggs?
NextCars I Grew Up In: Ridiculously Underpowered 1980 VW Dasher Diesel vs Infamous 1988 Audi 5000Next