Cold Start: Remember The Kia Lotus? I Saw The Forgotten Prototype At A Party In Germany

It’s called the Kia KMS-II, and the world has pretty much completely forgotten about it since it showed its face back in 1996, prior to the release of the Kia version of Lotus’s Elan convertible.

The Lotus Elan, you may recall, ended production after 1995, and was powered by a 1.6-liter turbocharged Isuzu engine that made about 160 horsepower. Here’s Lotus’s rundown of that car, per its website:

With General Motors taking ownership of Lotus from 1986, the business needed a new small car. Such a car – the thinking was for a ‘new Elan’ – would sit below the larger and more expensive Esprit and Excel models.

The big idea for this new car was that it would be front-wheel drive. Ditching the traditional front engine/rear-wheel drive layout would appeal to new generation of potential Lotus customers. It would provide sure-footed handling and tap into the popularity of the hot-hatches of the era.

The priority for Lotus was to find a new powertrain. A new-generation 1.6-litre straight-four in both naturally aspirated and turbo versions with an excellent power-to-weight ratio was identified from within the GM portfolio, and so the project was given the green light. Peter Steven’s ‘cab-forward’ design wasn’t to everyone’s liking but was aerodynamically effective.

Given the Type number 100 and the project name during development of M100, the Elan  went on sale in 1989. Feedback from the media was initially positive and pent-up demand meant more than 1,200 had been sold by the end of 1990. The car picked up a prestigious award from the Design Council.

However, it was ultimately not a commercial success. The front-wheel drive layout meant the Elan the traditional ‘pure’ Lotus dynamics were missing and it was too expensive to build, particularly when it had to be reengineered to meet changing USA crash regulations. That the engine was branded Isuzu – a maker of SUVs and small trucks – didn’t help perception of the new Elan.

When Lotus was acquired by ACBN Holdings, also the parent company of Bugatti, it was decided to introduce the turbo-only Elan S2 with the remaining 800 engines. This short production run would lead up to the launch of one of the most iconic Lotus cars of all time, the Elise. 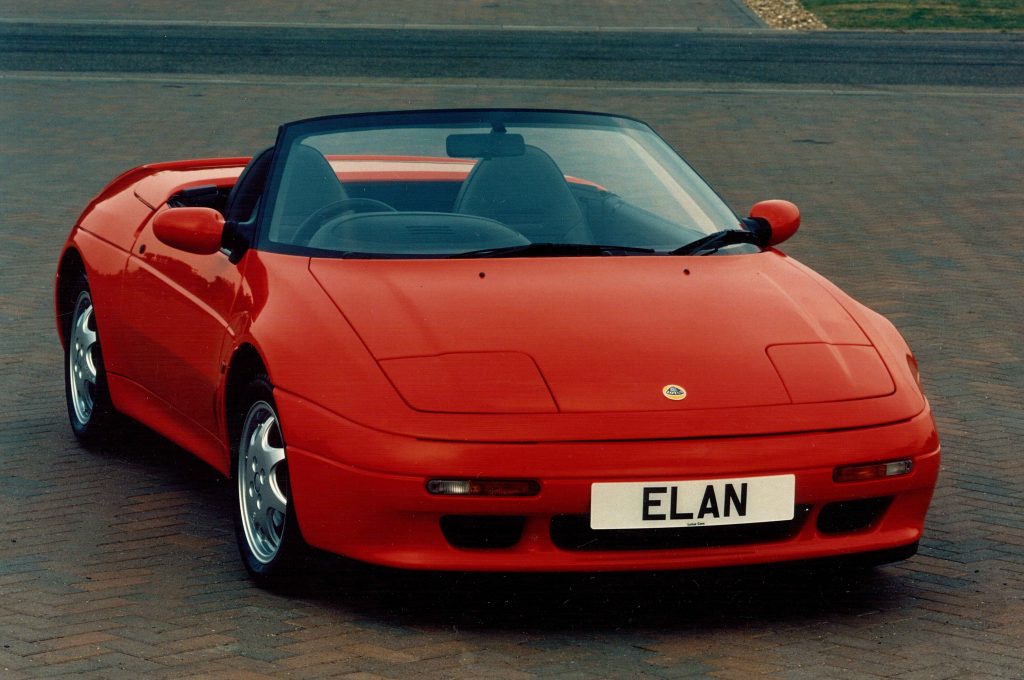 As the story goes, GM sold the rights to the car to Kia, who shoved a then-new T8D dual-overhead cam, 150-ish horsepower 1.8-liter naturally aspirated engine under the hood (remember, this generation of Elan was front engine, front-wheel drive). Kia also changed up some exterior styling elements (the taillights are the big one) and some cabin bits, but otherwise the car was quite similar to the Lotus on which it was based. 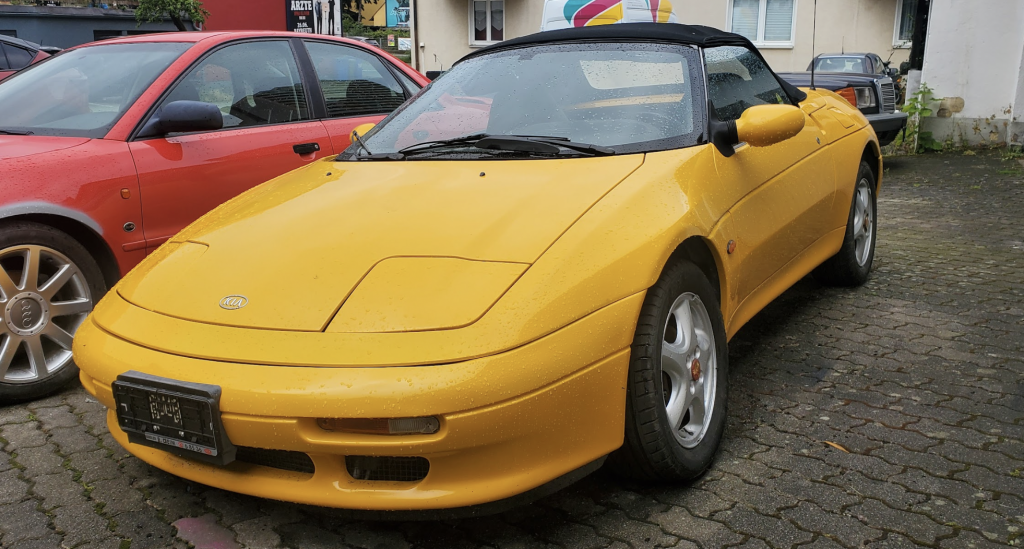 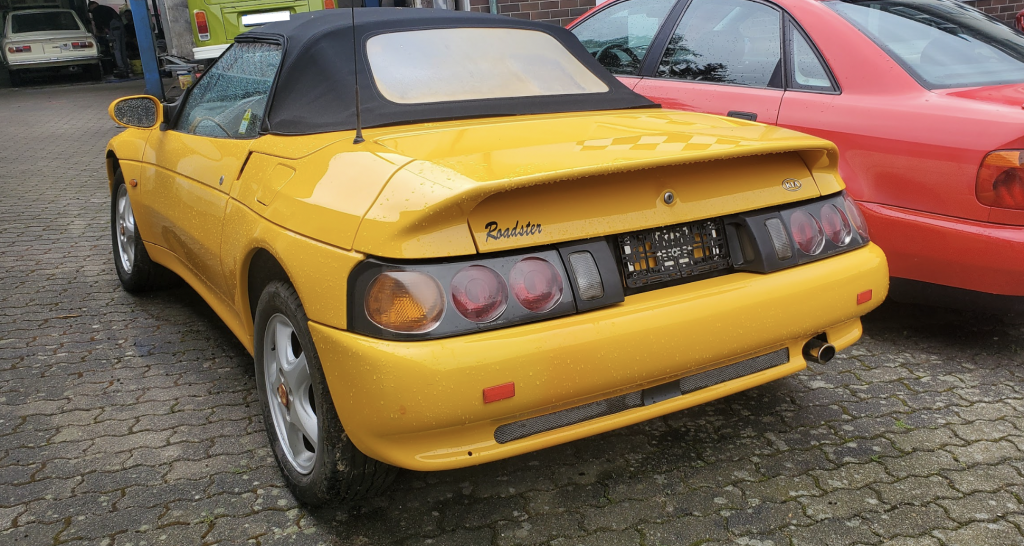 Kia Elans, having only been sold in South Korea and Japan in limited numbers, are rare to see today (though my friend who owns the prototype, a veteran car journalist named Jens, also owns one of those; see above); the KMS-II, though, is on another level of rarity, because there is only one. 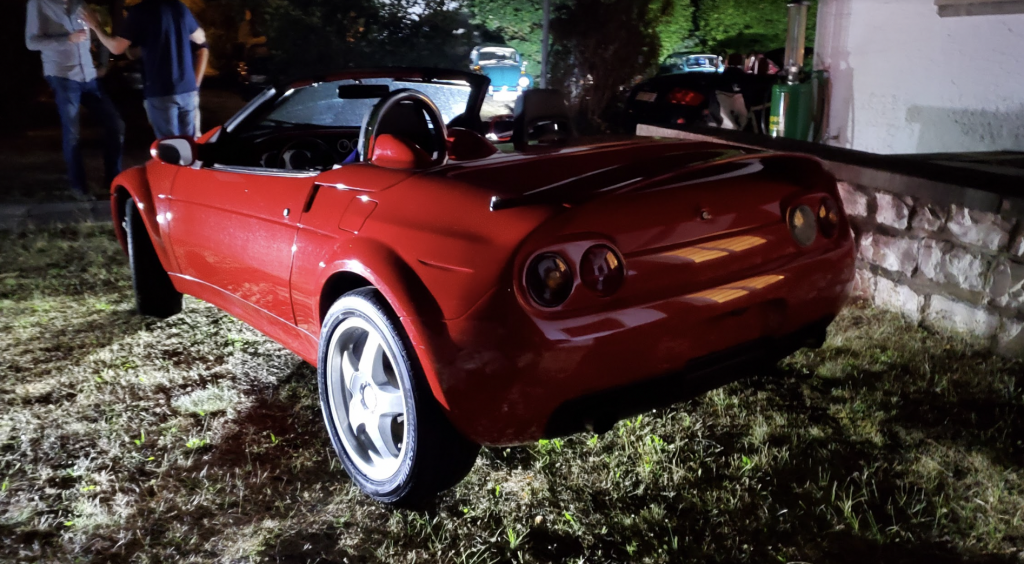 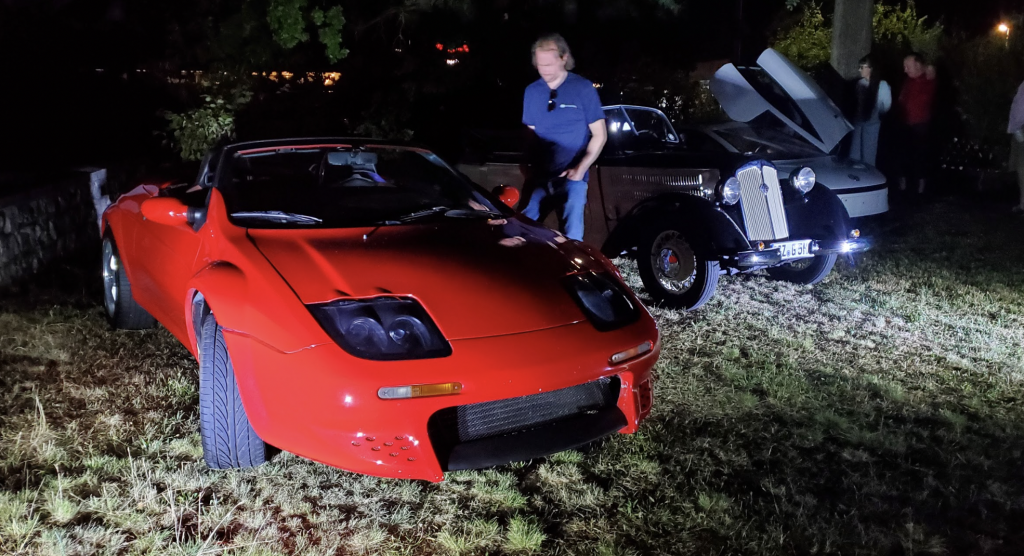 The forgotten concept car is easily one of the coolest machines I’ve seen all year. The front lower fascia is totally different than the production Elan, fixed polycarbonate headlights take the place of popups, and a simple quad-taillight look just works.