I get that a lot of the appeal of Tesla’s long-delayed Cybertruck is the low-polygon, angular design and novel materials that make it feel like something that would be at home in a movie about a mayoral race in Mars’ capital city, but if you want those same traits, you could have had them decades and decades ago, thanks to our Brazilian pals at Gurgel. Check out the Gurgel G-15.

It’s all air-cooled VW mechanicals under there, and, even better, it’s the Alcool version, which means it’s designed to run on Brazil’s amazing sugar-cane alcohol alternative fuel. Sugar cane is totally renewable, so this sipper of the sweet stuff is green aigh eff, too.

It’s got the same basic angular, low-poly look, but with extra corrugations and ribs for everyone’s pleasure, and it’s also made with an exotic material: plasteel! It’s not stainless steel, like your fork or spoon, but some kind of magic Brazilian plastic. 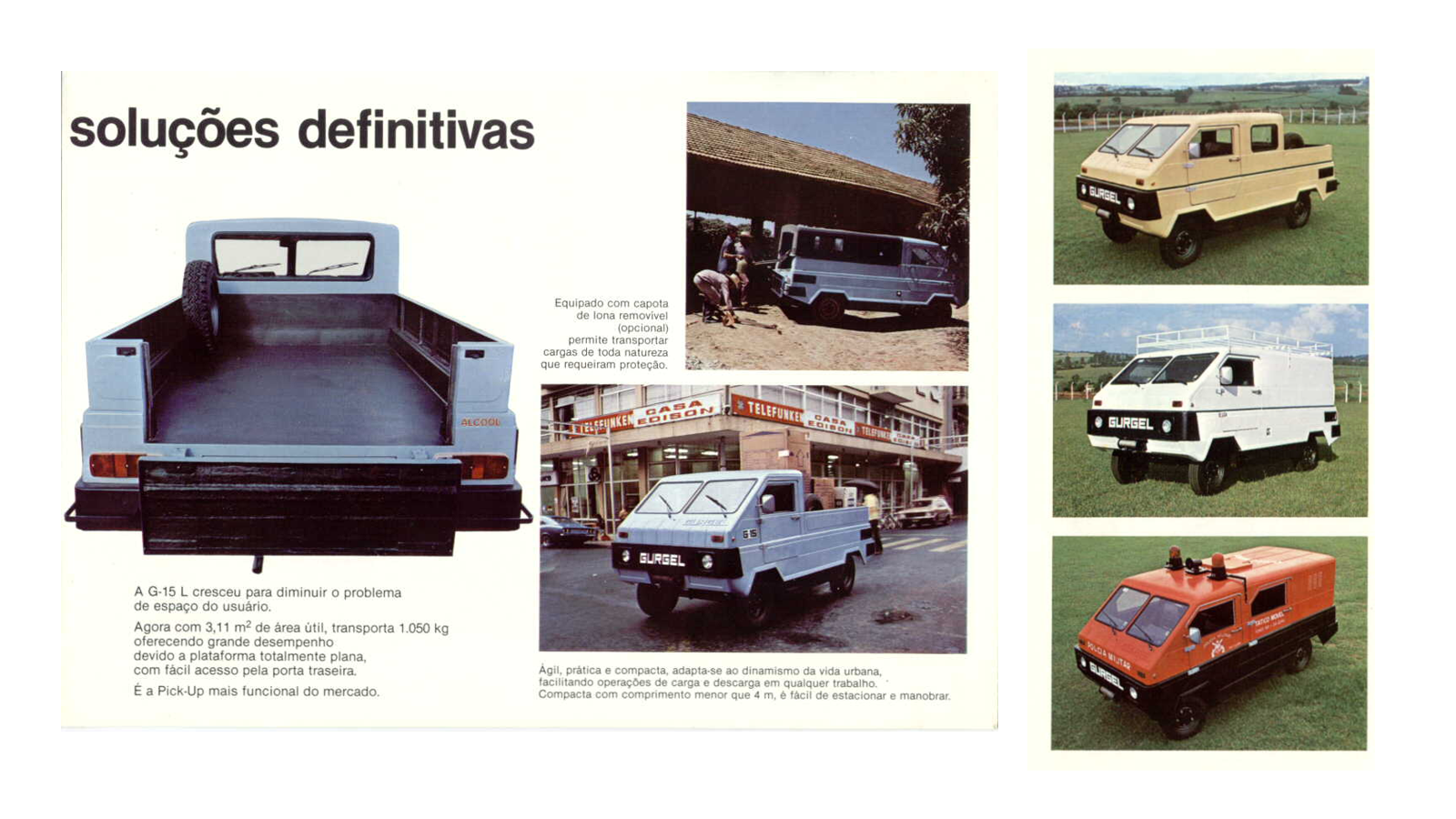 Look at all the versions it comes in, too! Single cabs with long beds, double cabs, panel vans, even four-door ambulances. I love how they just re-used the front door for the rear doors on the red ambulance, which actually makes it look even cooler than if those second doors had square windows.

Why aren’t more of these getting imported to America? They look like nothing else, and the VW mechanicals mean keeping them going is cheap and easy.

Get off that Cybertruck waiting list and get yourself a G-15. You’ll be happier.

I'm a co-founder of the Autopian, the site you're on RIGHT NOW! I'm here to talk to you about taillights until you cry and beg me to stop, which I absolutely will not. Sorry. Hug? Also, David's friend.
Read All My Posts »
PrevPreviousHow Ballistic Parachutes Slowly Lower Entire Airplanes From The Sky, Preventing Violent Crashes
NextGovernment Fleet Trucks For Auction: 2013 Ford F-150 vs 2013 Chevy Silverado 1500Next