Happy Friday, Autopians! On today’s episode of Shitbox Showdown, the price of the vehicles doesn’t matter at all, because, well, we don’t know what that price is. We’re hitting up the government surplus auctions hoping to score a deal on a cheap pickup truck. First, however, we need to find out which stickshift sedan won yesterday:

And it’s the Camry, by more than two to one. Honestly, this is the smart move: they’re boring as hell, but a tired old stickshift Toyota sedan makes a lot of sense as a beater. Like the old Packard ads said: “Ask the man who owns one.”

Which leads me to today’s challenge. As regulars on Opposite-Lock know, and some folks might remember from that old orange site, I have an ex-government-fleet pickup truck. It’s still earning its keep; currently it has half a load of weeds and blackberry brambles in the bed, waiting for me to finish clearing the brambles and make it a full load to take to the dump. I got it for a song, and from what the guy I bought it from told me, it was sold cheap at auction as well.

Government fleet auctions used to be a cheap source for all sorts of vehicles, but is that still the case? Well, the vehicles are still out there; GovDeals.com shows over 300 light-duty pickups currently for sale. Some are already pretty damned expensive, and others are only suitable as parts vehicles, but in the middle, I found a couple that might end up being decent bargains. Sadly, neither of them is a manual, nor Forest Service Green; those days are gone, I’m afraid. But a truck is still a truck. Let’s take a look at them. 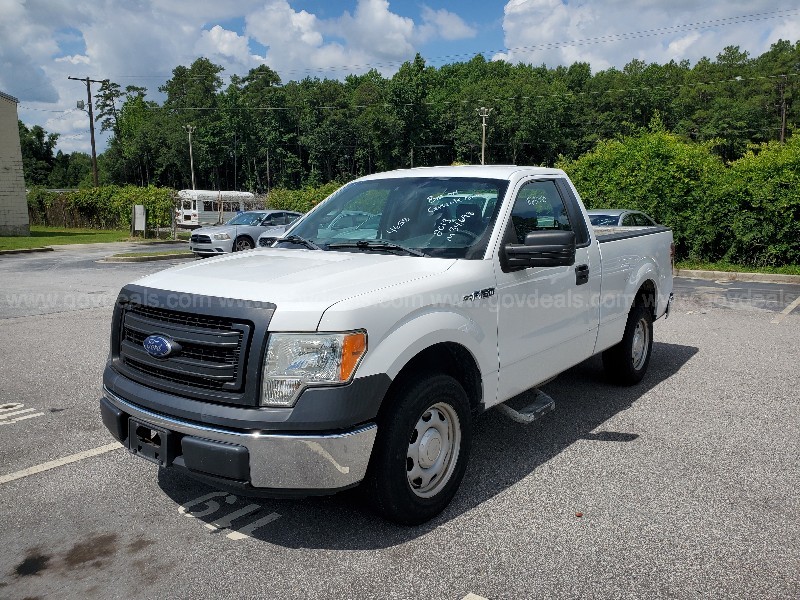 Runs/drives? “Starts and moves forward and reverse” is all they give us

This Ford F-150 is being sold by the State of South Carolina. It’s 2WD and has the base 3.7 liter V6 and an automatic. Somehow, it has practically no miles on it, but the bed looks like this: 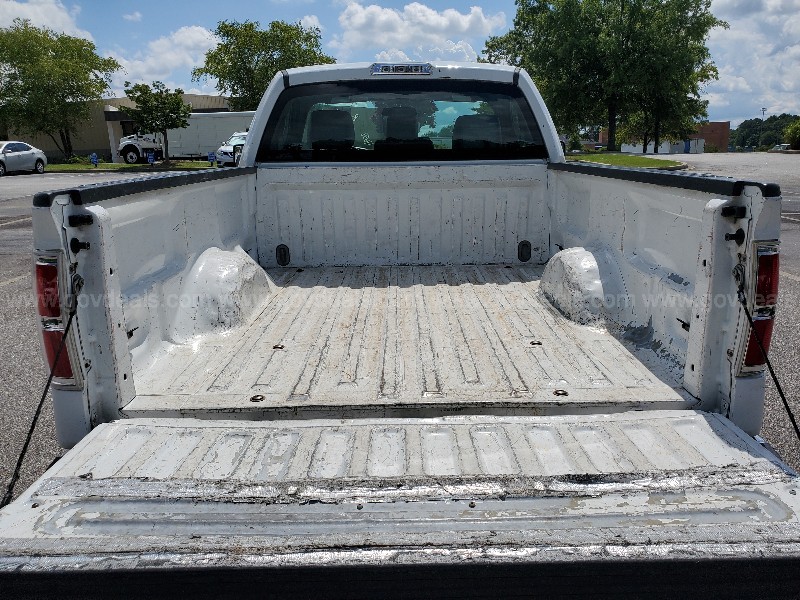 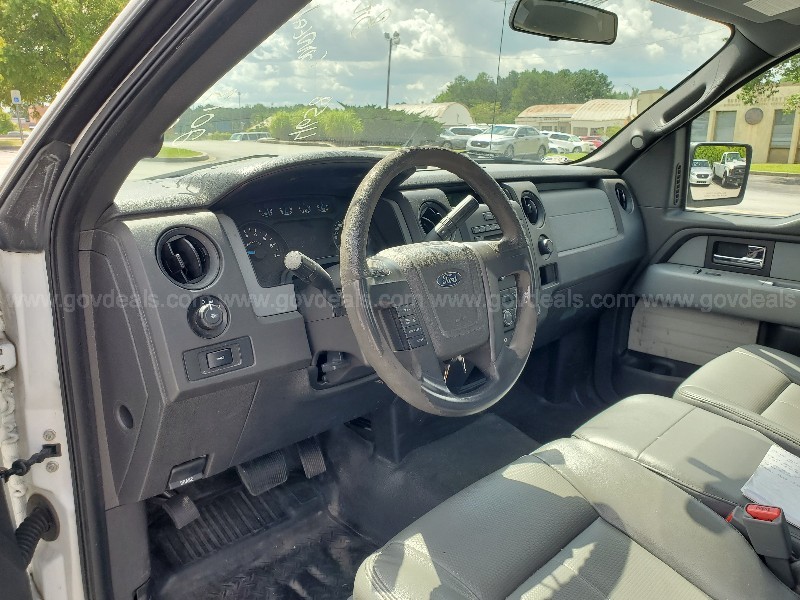 So clearly they weren’t easy miles. Or the listing is wrong. I’m trying to think of a scenario in which a truck gets a lot of use but doesn’t go very far; all I can think of is groundskeeping. Those scratches and dents in the bed could be the result of shovels and rakes (and other implements of destruction) being tossed back there willy-nilly, and the steering wheel wear could be getting in, driving 100 yards, and hopping out again, over and over. 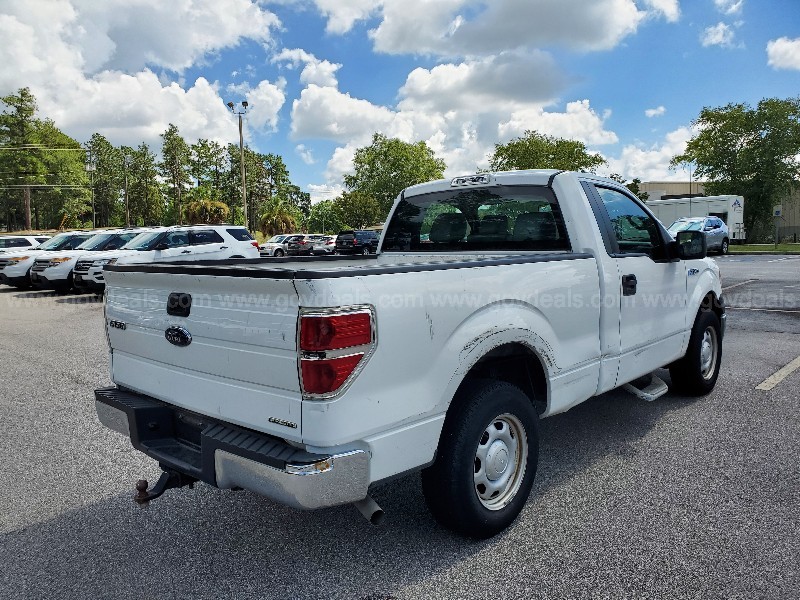 It has a few battle scars, but any good truck should. Future owners will add their own scuffs and dings, and that’s as it should be too. 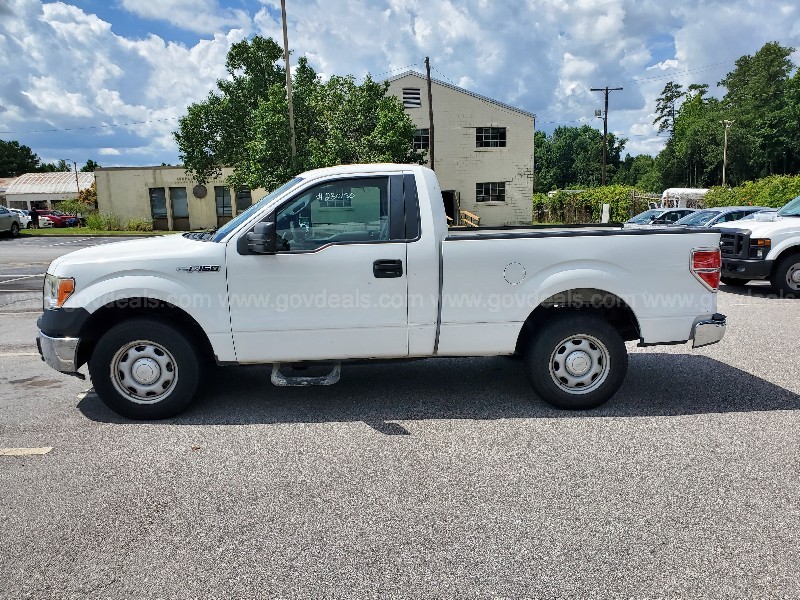 It is a short bed, which limits its utility somewhat, but also makes it easier to maneuver. At least it’s a good old regular cab with vinyl seats and rubber floors. None of that fancy carpeting or upholstery for us, thank you.

This one won’t be cheap cheap; as of this writing it’s at $5,000 had hasn’t met its reserve. But it’s a nine-year-old truck with low miles. If you can score it for four figures, you’re probably doing pretty well. 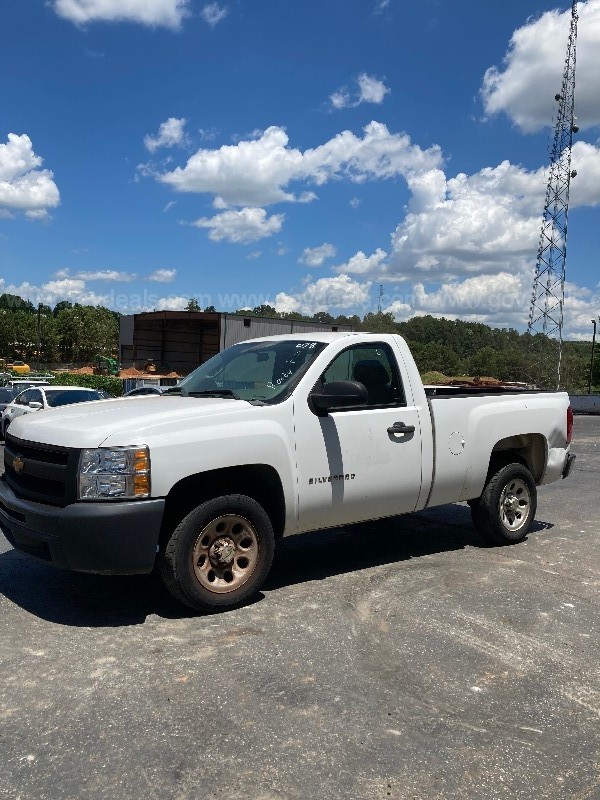 Same year, same configuration, but with more miles and a V8, this Chevy was owned by the city of Roswell, Georgia. It’s also a bare-bones work truck. It failed its last emissions test due to bad oxygen sensors; they’ve been replaced, but the truck hasn’t been re-tested. If you don’t live in a place that requires emissions tests, you might not care, I suppose. 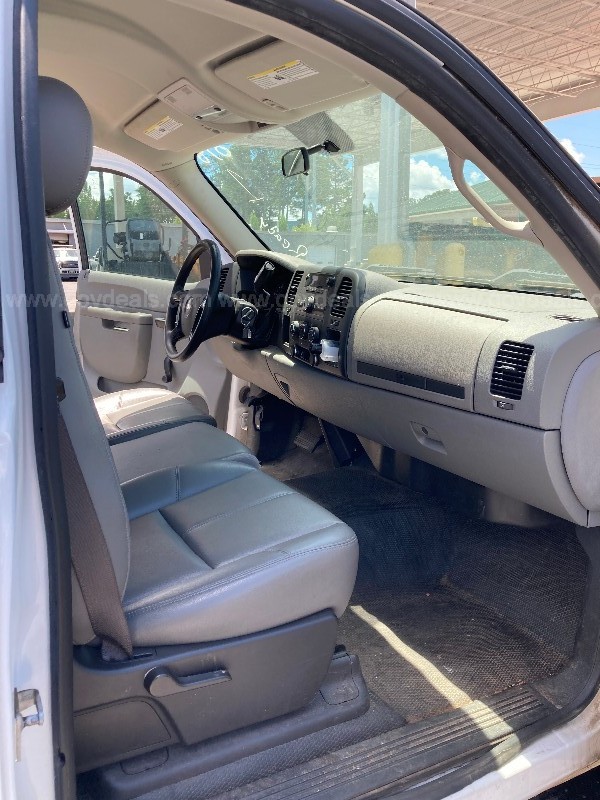 This one looks a little less worn-out inside, but it’s still utilitarian gray vinyl and plastic with rubber floors. That’s a good thing: if you can’t get the interior muddy and wipe it out, it isn’t a truck, in my book. 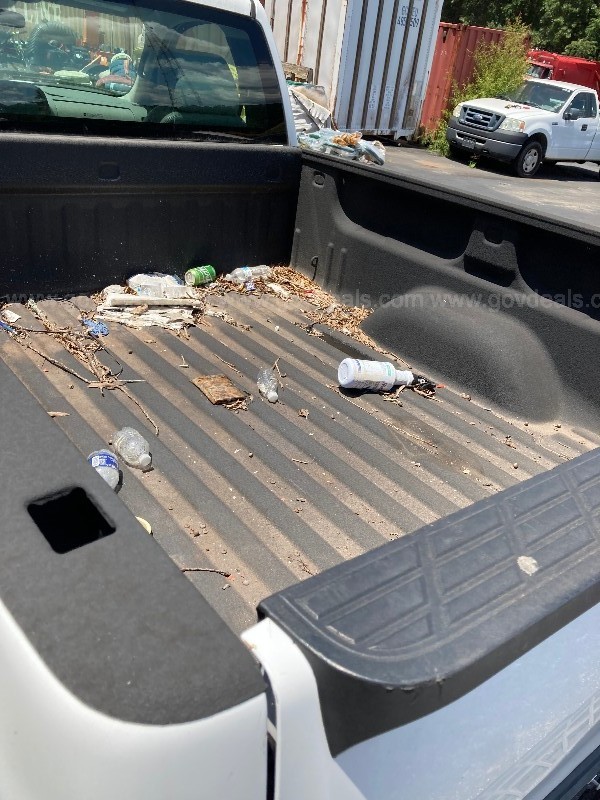 This one has a bedliner, so it has been spared the scratches and dings in the bed, but someone has been using it as a catch-all for trash and empty bottles. 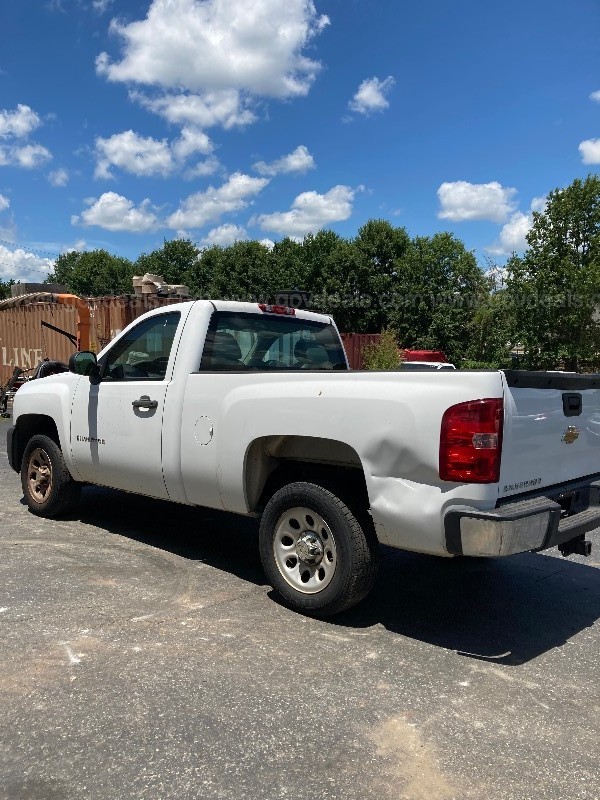 It looks OK outside, except for one big ol’ dent in a rear quarter panel. Fence post? Tree branch? Angry kick? No way of knowing. 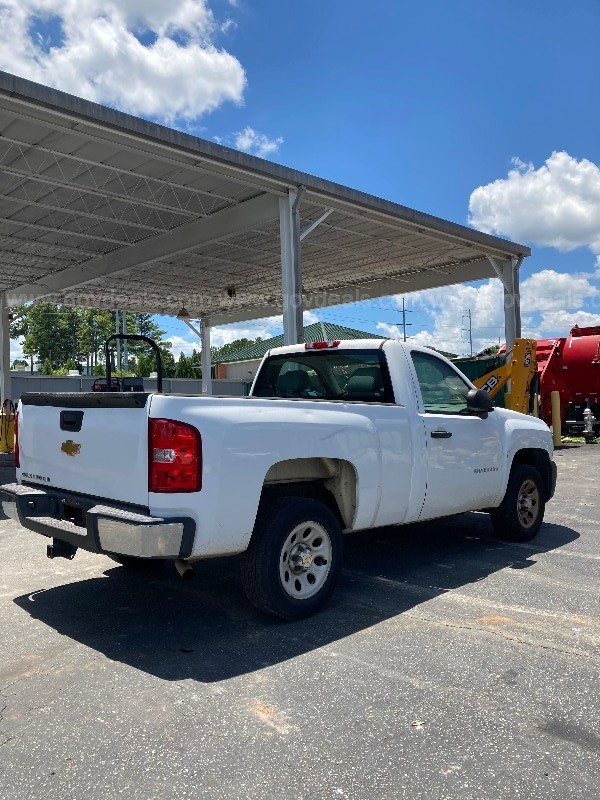 This one is currently quite a bit cheaper: $1,500 as I write this, and it doesn’t say anything about a reserve. If it flies under the radar for another six days, someone is going to get a screaming deal on this truck. Sure, they’ll have to figure out the emissions issues, but for that cheap, there’s room in the budget for some repairs.

I’ll tell you one thing: after browsing these listings and seeing what’s available, I am never, ever selling my truck. Which means mine isn’t available, so if you want an old fleet truck to bomb around in, one of these will have to do. So which one will it be?