Continuing on our theme of “yes, other places have cars for sale besides the Pacific Northwest,” today’s choices come from the northeastern corner of the country. We’ll head that way in a minute, after we crown a winner in our desert truck battle:

Well, not much margin of error there. I agree that the Nissan is the better choice, but I wouldn’t dismiss that Blazer out of hand either. That 4.3 is an excellent engine, and I’m still a fan of the first-generation S-10 Blazer’s styling.

But that’s all behind us now, and the only way to go is forward. Today, that means a visit to New York City (where good salsa is not made) and Boston (where the college janitors are math wizards). To be honest, I don’t associate either of these cities with great car culture, but folks still have to get around, so the cheap used car market is worth a look. And to my surprise, I found a couple of nice comfy rides in our price range that both seem capable of making the terrible traffic more bearable. And here they are. 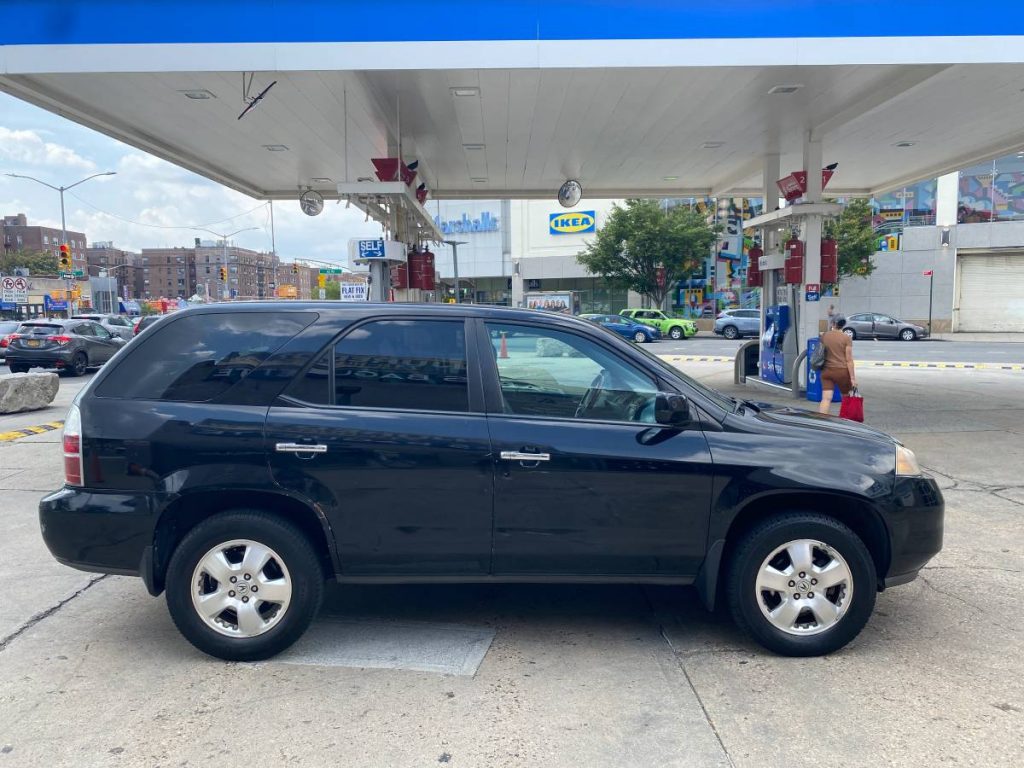 Around twenty years ago, the lines between SUVs and passenger cars began to blur. Truck-based SUVs had been everyday drivers for years, of course, but their DNA was still primarily shared with pickup trucks. But a new breed of car-based SUVs, primarily unibody in construction and often with transverse engines, appeared, more comfortable and civilized than trucks, but taller and more rugged-looking than passenger cars. The crossover was born. 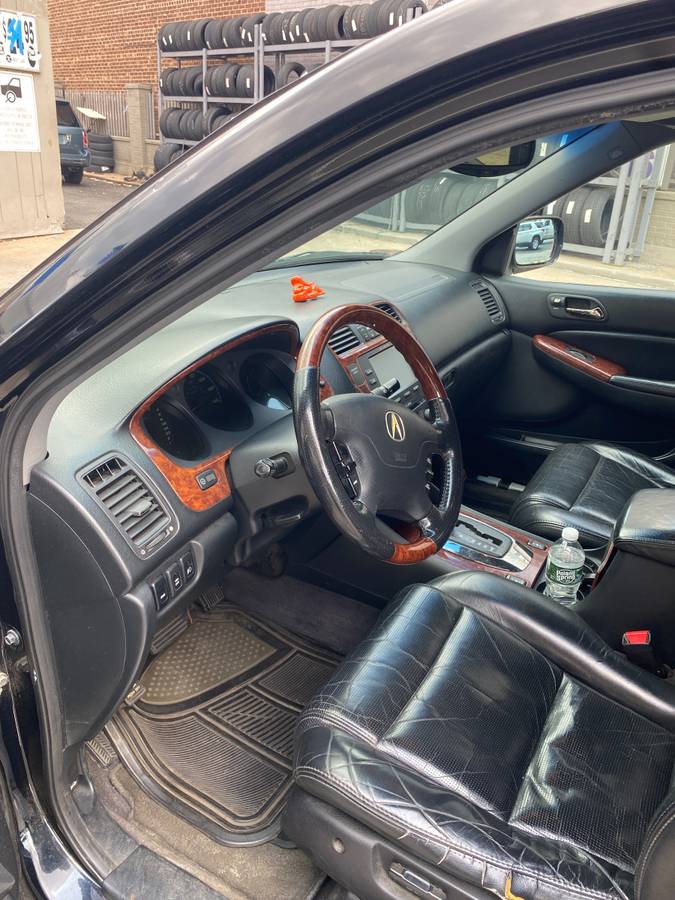 The Acura MDX was one of the early crop of luxury crossovers. Like modern crossovers, it has all wheel drive, a third row of seats, and even a screen in the dashboard. Of course, it looks a little like a GameBoy compared to today’s screens, and it’s controlled by those square plastic things around the perimeter. They’re called “buttons,” and you can use them by feel once you learn where they are. They have this great clicky feel under your fingers so you know you actually did something. Not everything new is an improvement. 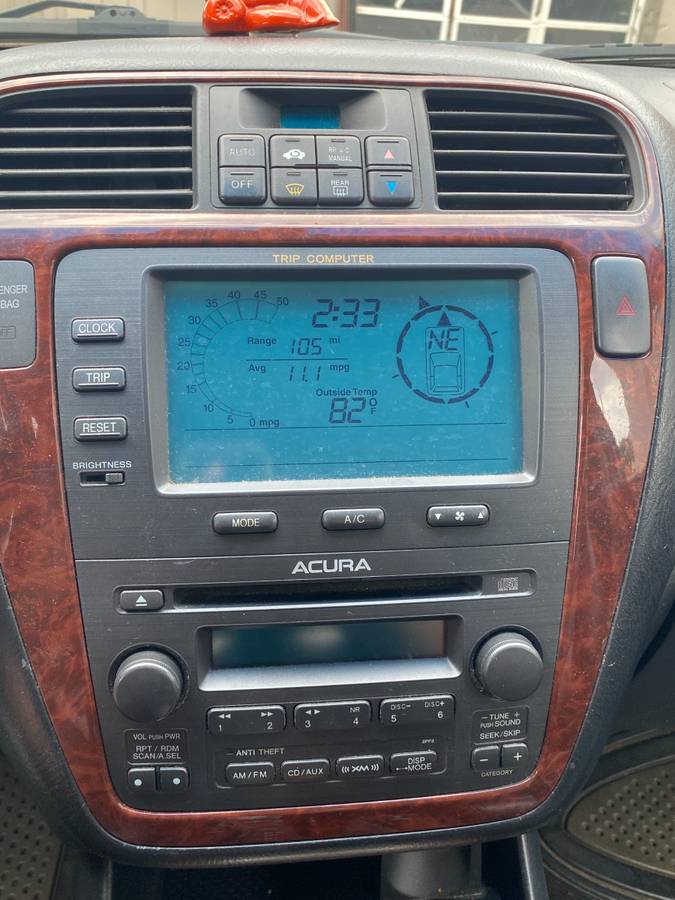 Under the hood is a 3.5 liter V6 with Honda’s VTEC variable valve timing setup, sending 265 horsepower to all four wheels through a five-speed automatic. The seller says it runs just fine, but doesn’t give much more information than that. A good once-over, either by yourself or by a trusted mechanic, is never a bad idea. 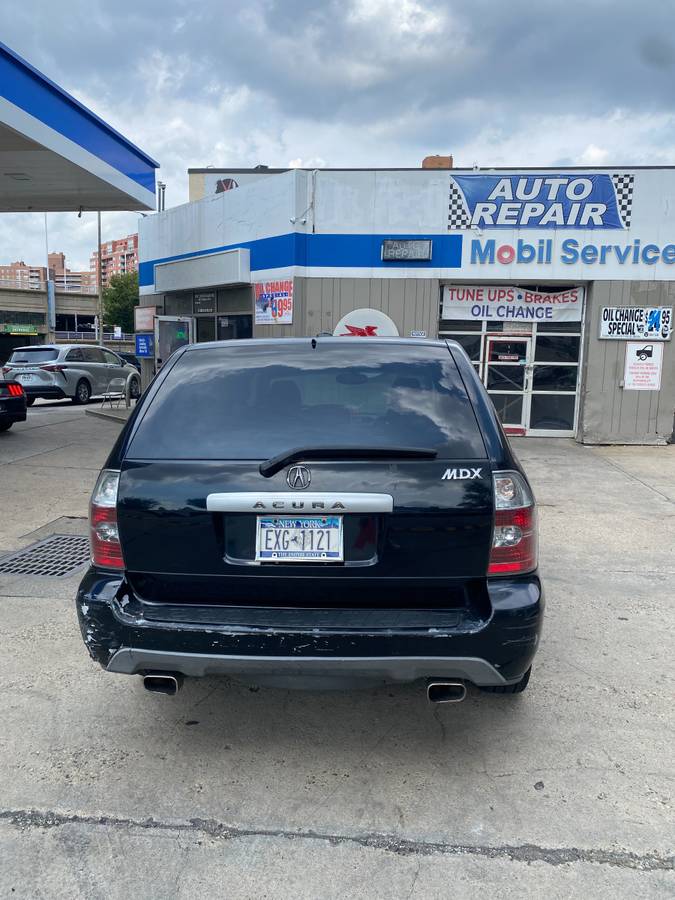 I noticed, while looking at postings in New York, that nearly every car has some damage to the bumpers. There was actually a Toyota Camry listed that I almost featured with a “Camry Dent” on three of the four corners. This Acura has its battle scars, but no worse than anything else I saw. Just part of life for cars in the big city, it seems. 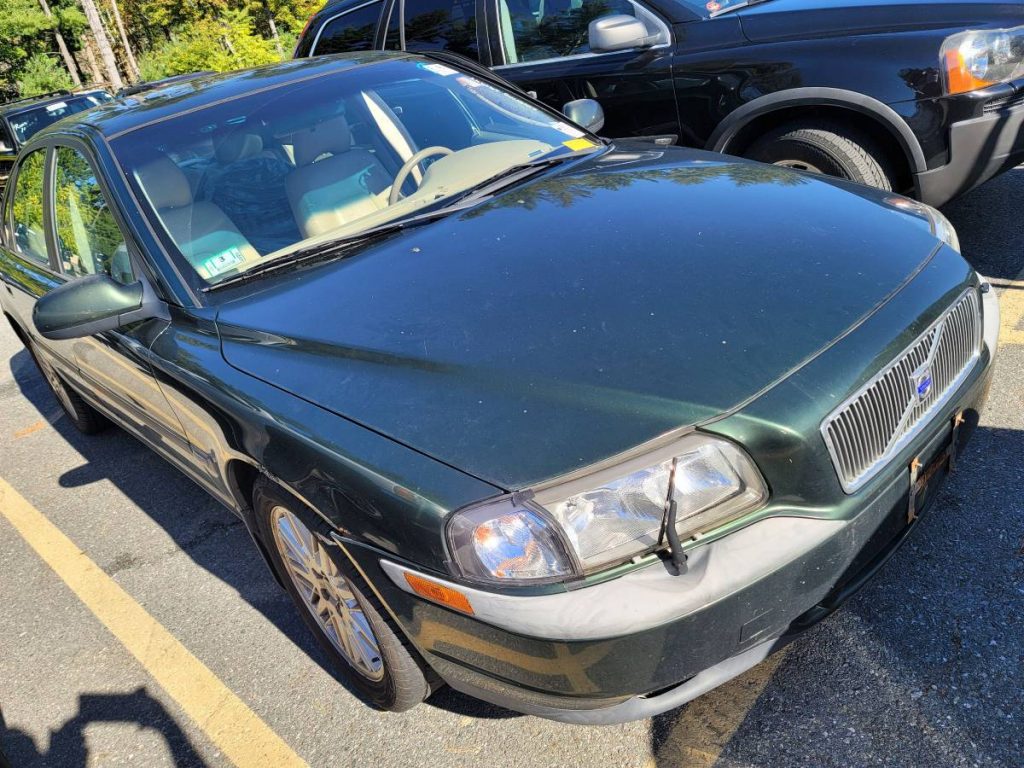 The Volvo S80, introduced just before Ford took over the Swedish company, has a curious engine layout: it has an inline six, in a transverse orientation. It’s not unheard-of, but I can’t think of many other cars with that arrangement. Daewoo had a small straight six that lived sideways in its Magnus sedan, sold in the US market as the Suzuki Verona. And British Motor Corporation sold a version of the ADO17 “Land Crab” sedan with a transverse inline six as the Austin/Morris 2200 and Wolesley Six. 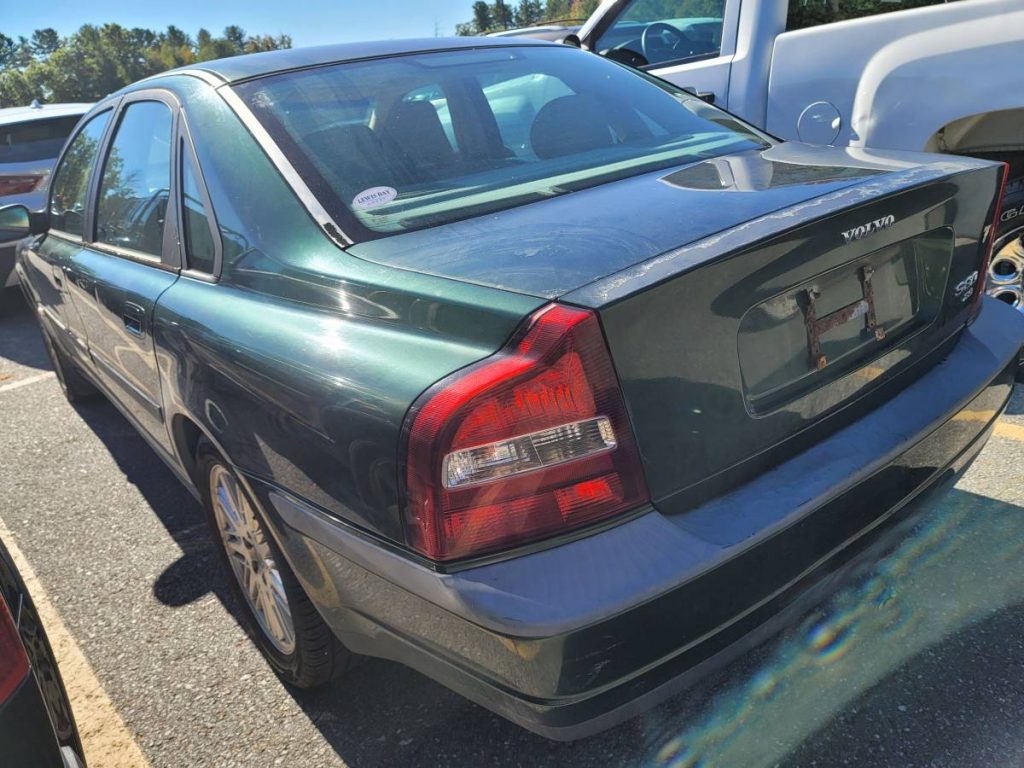 This era of Volvo styling was a bit of a surprise, after decades of severe boxy designs, and I think it has aged well. The S80 is a sharp-looking car, even twenty years later. And this one’s dark green color makes it even sharper. It’s not perfect, and it’s pretty dirty in the photos, but I would bet this car would clean up nicely. 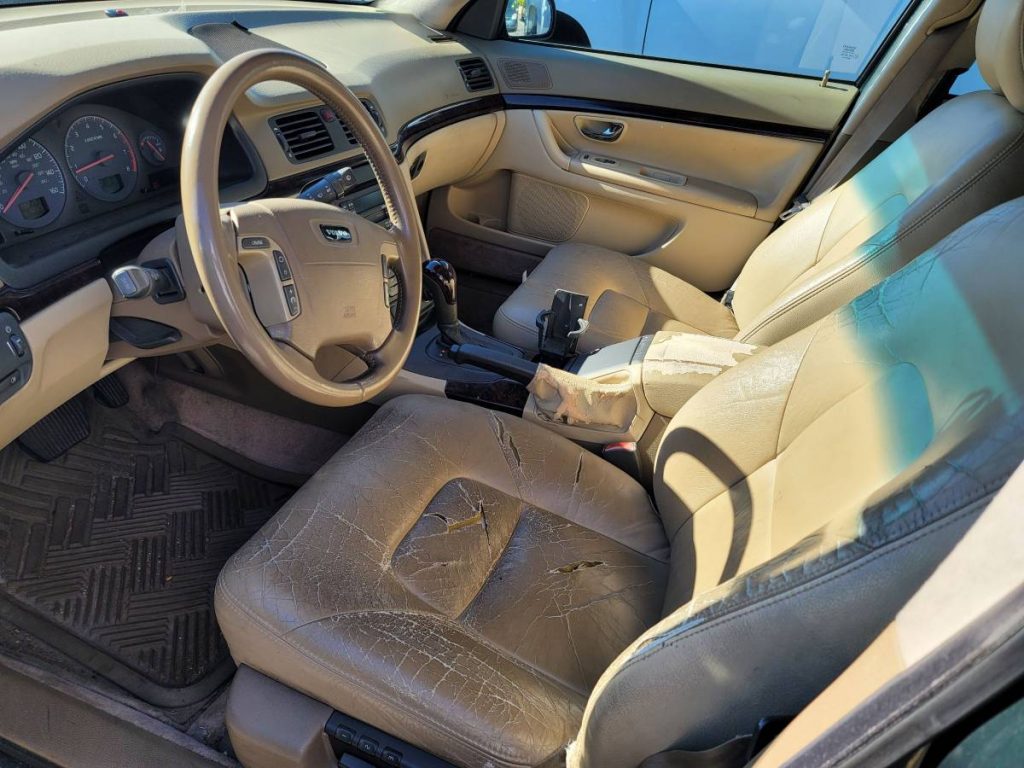 Inside it’s a little rougher, with some splits in the driver’s seat and wear and tear on the center armrest. But the seller says everything works, and I’ve seen cars this age that look a whole lot worse. The low mileage helps, I’m sure. It also runs just fine, and has a current inspection sticker, which is a good indicator of its condition as well. 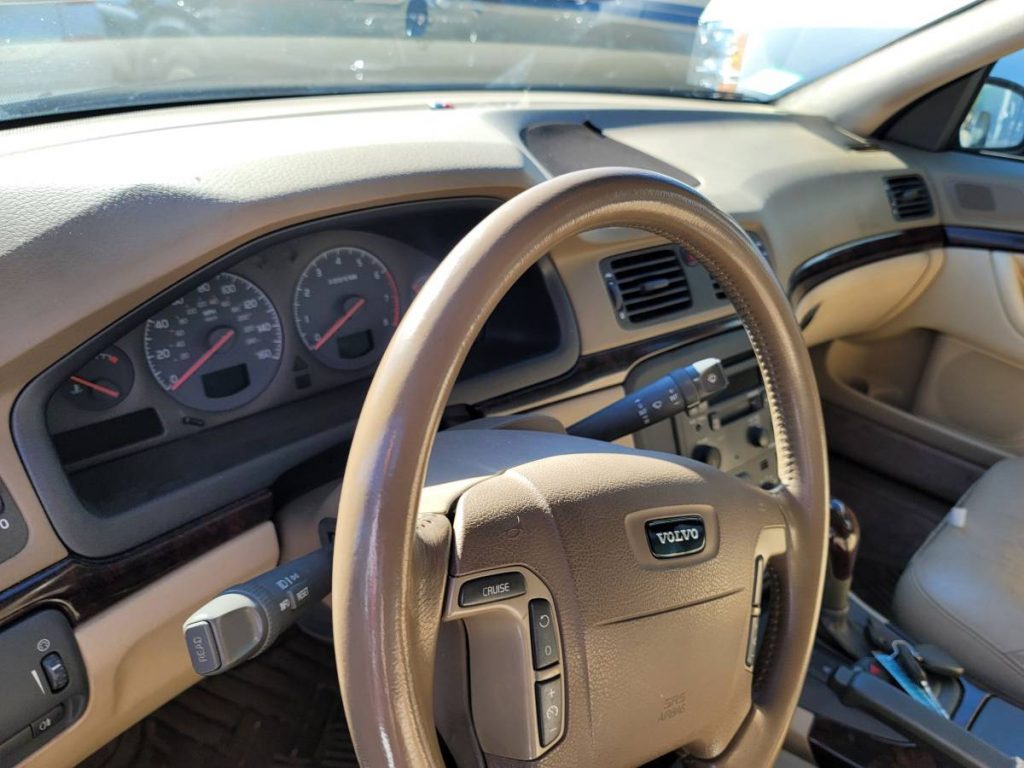 This is just a handsome car, inside and out. I never really paid much attention to these before, but I dig it. I’d drive this.

So there they are, a pair of warriors in the concrete jungles of the East Coast. Choose wisely. Tomorrow, we’re throwing out the price cap again and looking at something less threadbare. See you then!