Munro & Associates, the enginerds who tear apart cars to figure out how they’re built and how much they cost, have temporarily stepped away from their Ti-89s to place their hands on a Rivian R1T electric pickup truck. The team has begun its teardown, so let’s have a peek at what they’ve discovered so far.

I remember the first time I visited Munro & Associates; I was a 20 year-old intern in Chrysler Group, LLC’s (as it was then called) Advanced Concepts Engineering team, and my job was to study saddle-style gas tanks and different packaging setups for Power Transfer Units (Chrysler was considering an all-wheel drive variant of the RU platform that underpins the Pacifica). I recall attending classes that Munro was teaching FCA engineers, and I remember being reprimanded — a year after my internship, when I came on full time in a different group — when the Ford Explorer PTU that I’d checked out as an intern never made its way back to Munro. (I still have no clue what happened with that thing).

Anyway, after my two-year stint leading cooling system design for the JL Wrangler, I joined the circus over at the famous German lighting company, and started writing about cars. “Man, readers have no idea how much cool shit happens in the auto industry” was one of my first thoughts while working my new job. Among the cool things I wanted readers to see was benchmarking, specifically Munro’s benchmarking and costing analyses. In the summer of 2016, I’d run into Kevin, one of the many enginerds at Munro, while off-roading in the woods of northern Michigan, and we’d exchanged info so I could swing by Munro for a story. So in the fall of 2016, I stopped by to see what I’d remembered from my engineering days: thousands of parts just hanging on huge white pegboards, tables covered in suspension control arms and electronics and powertrain bits, detailed diagrams with dimensions and manufacturing processes spelled out — Munro was an engineer’s paradise, so I wasn’t surprised when my story on the company enraptured so many readers. Munro does cool stuff.

I don’t know why I’m writing any of this; possibly because Munro’s president, Cory Steuben, talks a bit about our history at the end of this Rivian R1T teardown intro video (thanks for the shoutout!), which I will now briefly summarize:

Right away, Cory and Sandy show off something cool: That front trim piece ahead of the frunk is actually held on by magnets! 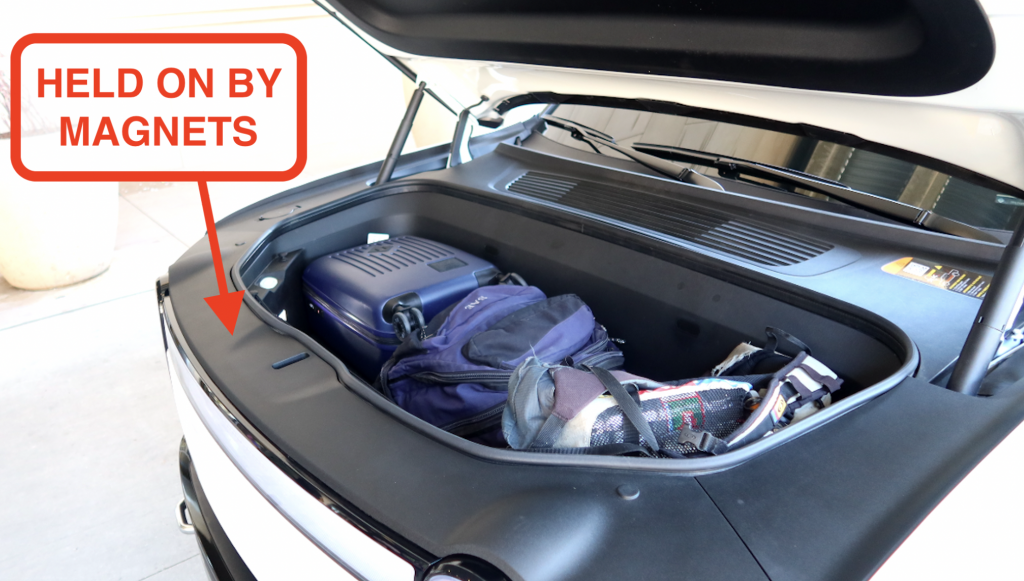 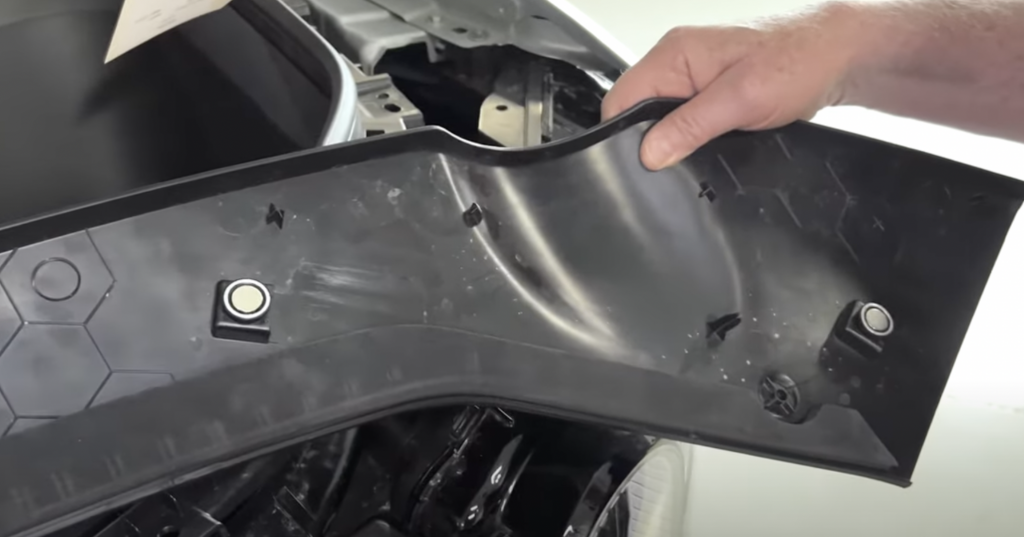 This is bizarre, as almost every other company uses plastic clips to hold on plastic trim/closeout panels. In fact, just the other week I was talking about how Ford was using two-piece clips to affix the F-150 Lightning’s plastic trim that surrounds the frunk. I even mentioned my distaste for the fastener choice, since it was so easy to drop a clip into the dark abyss between the frunk and the inner fender/firewall (Sorry Ford, that clip is gone): 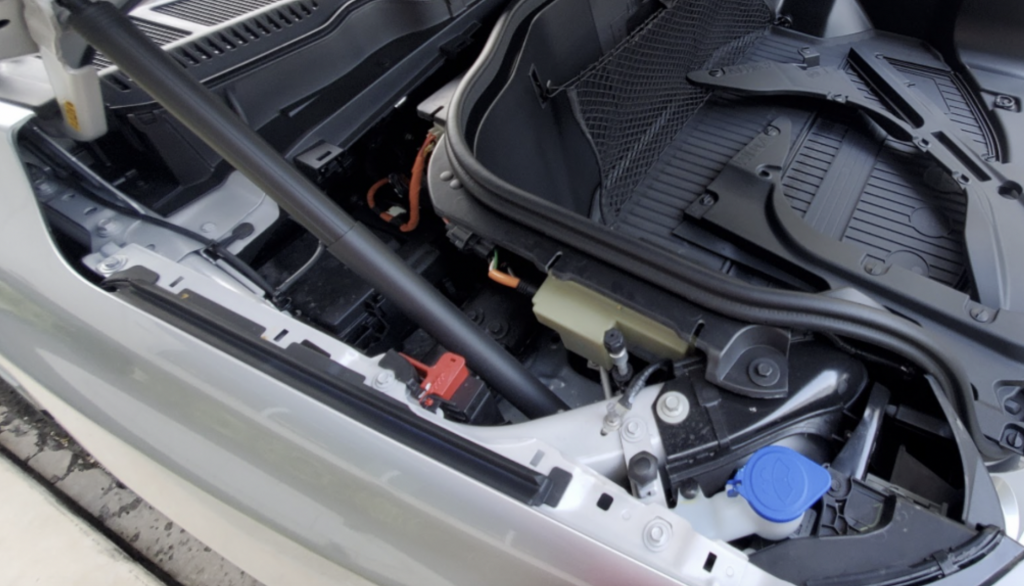 Sandy and Cory note that Rivian’s strategy here is novel, but a bit expensive — not just because magnets cost more than little plastic clips, but also because the magnets require ferrous provisions on the front end module. And not just on the main upper cross-car member, but also on the headlights; this, Cory notes, just adds complexity to the manufacturing process: 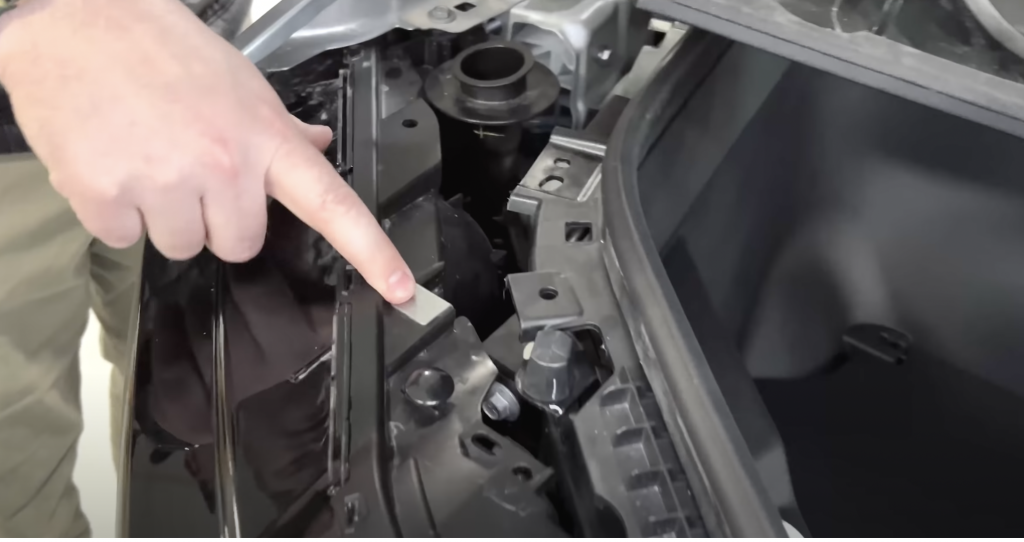 “I’d use 3M Dual Lock,” chirps Sandy. This is essentially a velcro-style setup, and I totally see why Munro & Associates’ boss would suggest that. So long as there are locating features in the trim piece to make sure it sits exactly where it should (and that’s one of the advantages of the magnet setup, I assume — the piece will want to center itself), that velcro-style tape should work well. And it’s cheap. I’m not entirely sure why some regular ol’ Christmas Tree fasteners and some holes wouldn’t do the job, here; maybe it’s an aesthetics thing since this is a class-A surface? 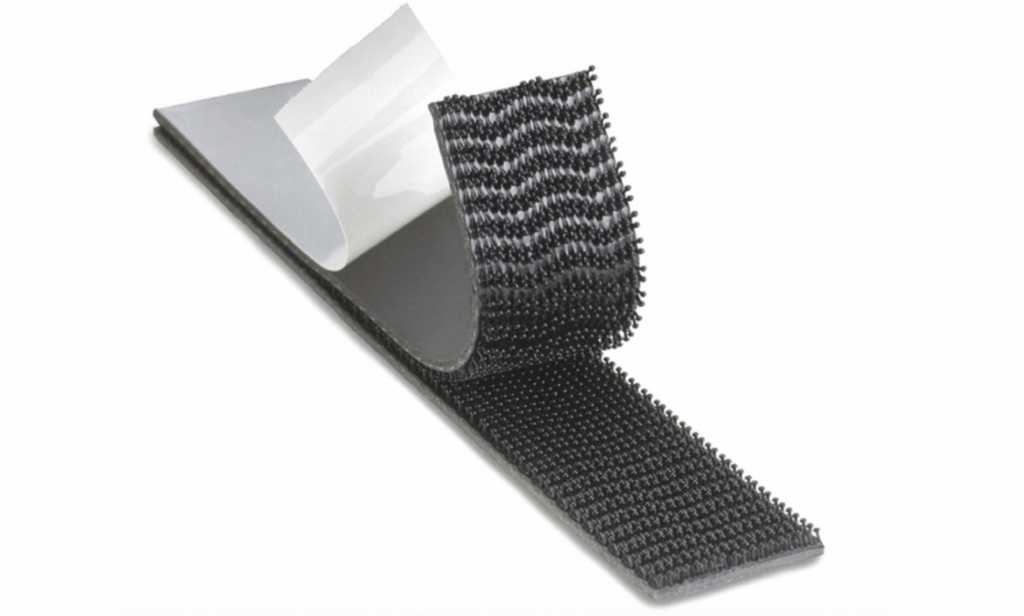 Cory mentions that the two little plastic boxes (which hold electronics for the light and the federally-mandated frunk release switch) hot-staked to the enormous injection-mold that makes up the frunk could be the same piece instead of two different shapes. This, he notes, could save Rivian some cash.

I’m glad Cory mentioned hot-staking, because I was looking for that term recently when trying to remove the fabric part of my a 1994 Jeep Grand Cherokee ZJ’s door trim. This bit: 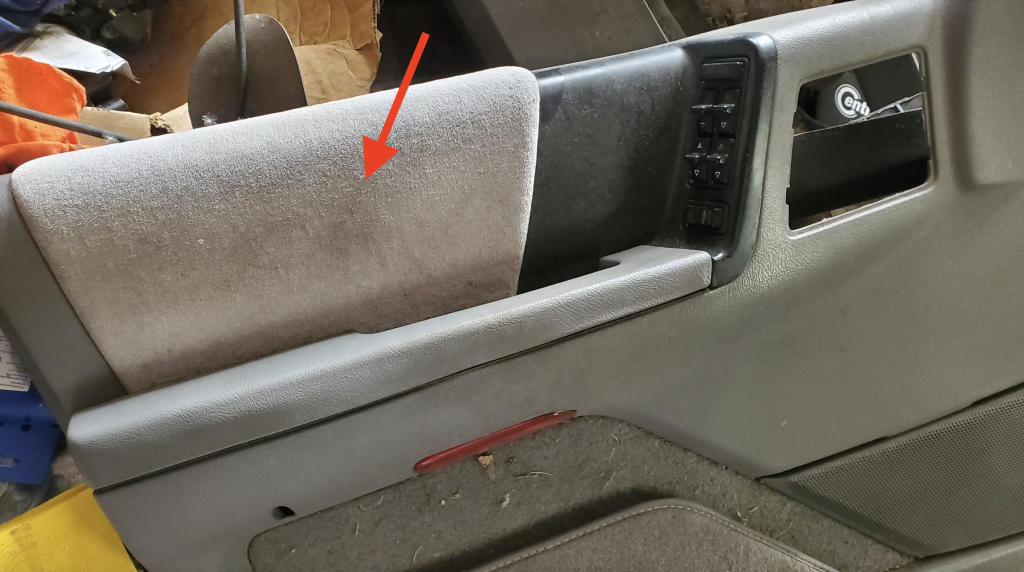 Unfortunately, flipping the panel over revealed that the fabric bit won’t come off, as it’s been heat-staked. It’s actually quite an elegant way to join two pieces: 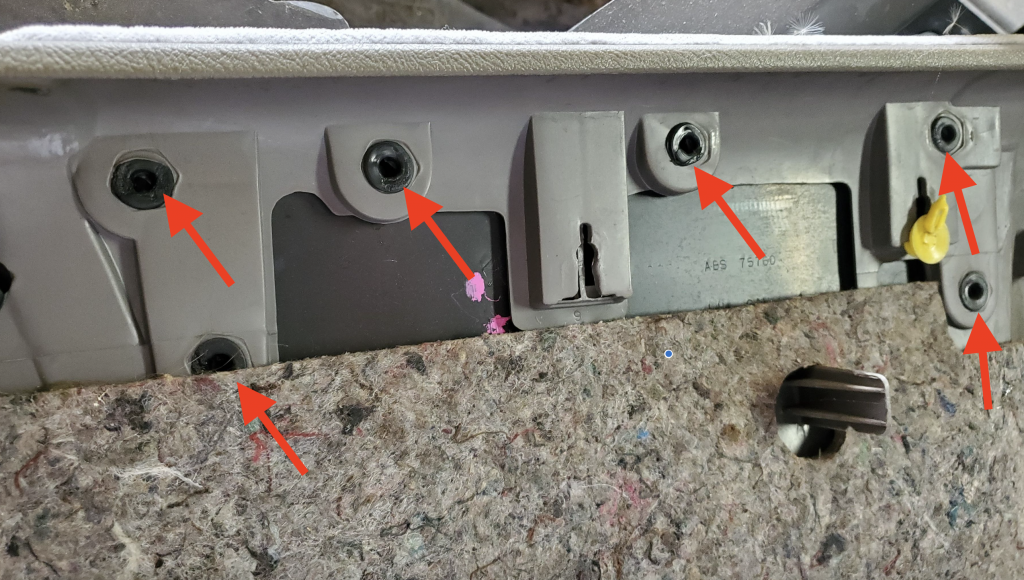 Heat-staking is basically like plastic welding in that it involves mating two pieces (with at least one of them being plastic) by heating up and pressurizing one of the plastic parts to create a joint that requires no additional parts, won’t rattle or squeak, and features a nice, clean look. This diagram from British manufacturing company Goudsmit shows how it works: