Formerly Nice Cars That Aren’t Sensible At All: Mercedes 450SEL vs BMW 750iL

Hey everyone, it’s Thursday! One more day to go. For our last matchup of the week, I decided it was time to be a bit less sensible, and look at two cars that used to be nice, and maybe could be again, if you have infinite patience and a large bank account. Before we look at them, let’s settle yesterday’s score:

No AC in a black car. Hey, who doesn’t love a good Korean BBQ?

Now, today we’re going to check out two of Germany’s finest offerings from their respective eras, a pair of top-of-the-line long-wheelbase sedans. These cars were the ultimate in status symbols (well, almost; we’ll get to that) when they were new, but now they’re not likely to impress anybody without some work. Let’s take a look. 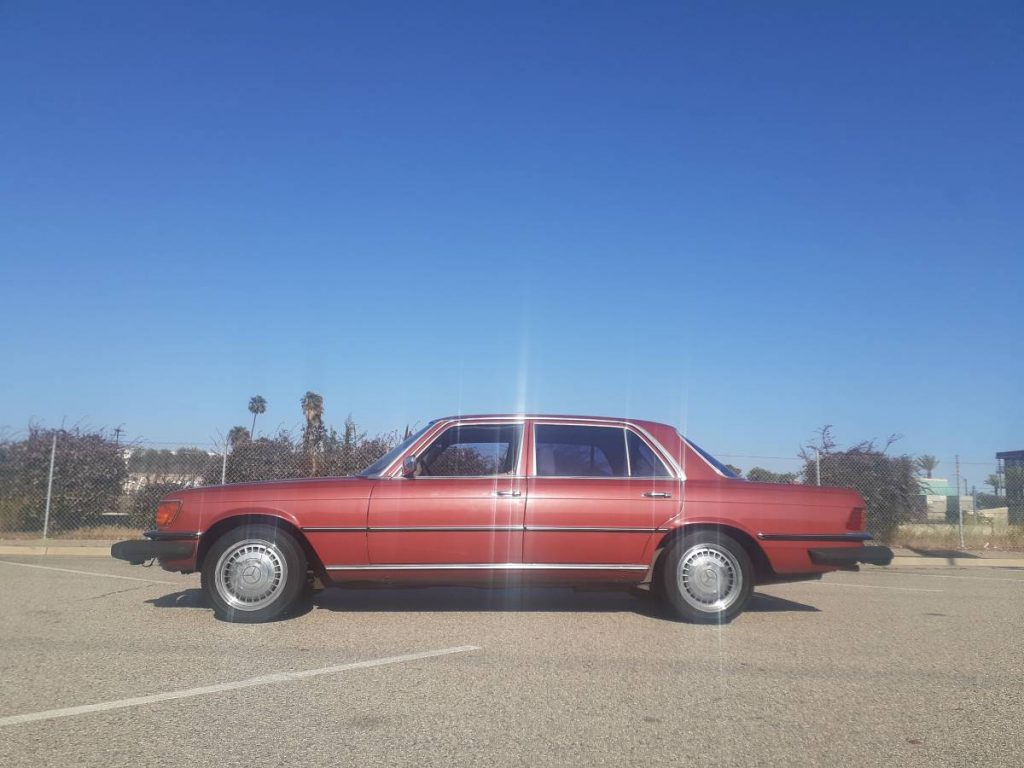 First off: No, this is not a 6.9. I doubt it would be under $2000 in running condition if it were. But the 4.5 liter V8 in the “normal” W116 is no slouch, and it’ll certainly move better than the turbodiesel version will. It’s just not quite the velvet sledgehammer that its big sister was. Still, even without the extra displacement and the magic hydropneumatic suspension system, the 450SEL badge means something special. 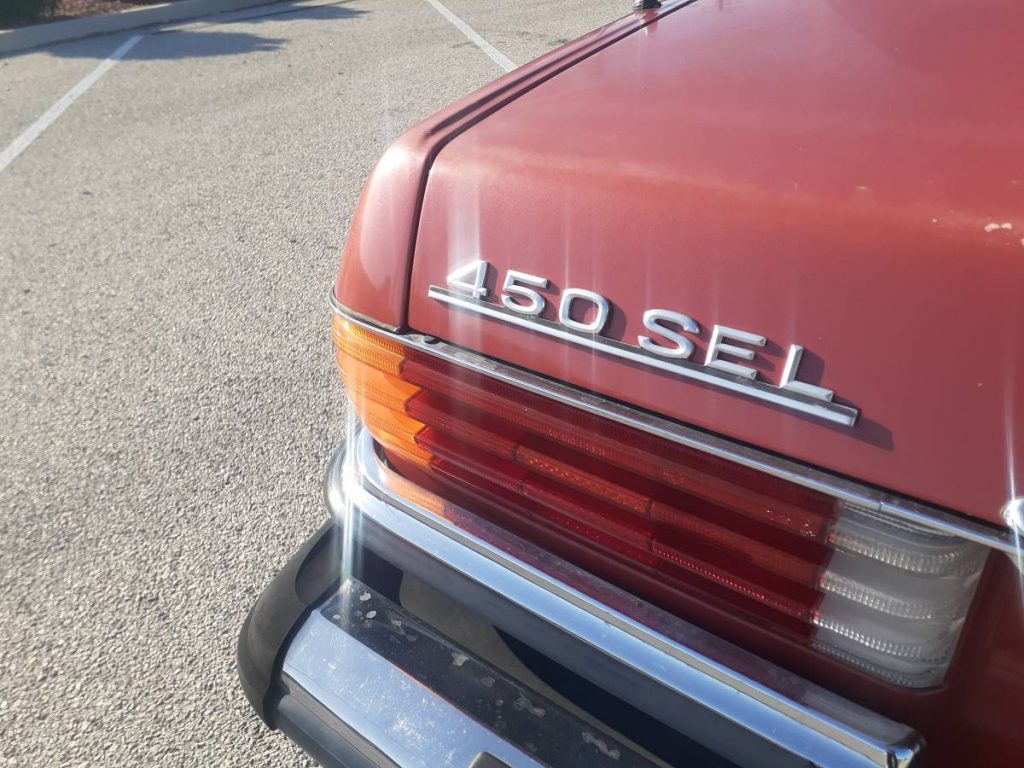 This one is apparently owned by a cinematographer, and one who is proud of the meager mise en scene that a parking lot in Gardena has to offer. This ad has the strangest attempts at artsy photos that I think I’ve ever seen. I mean, isn’t it customary to actually photograph the car you’re trying to sell? 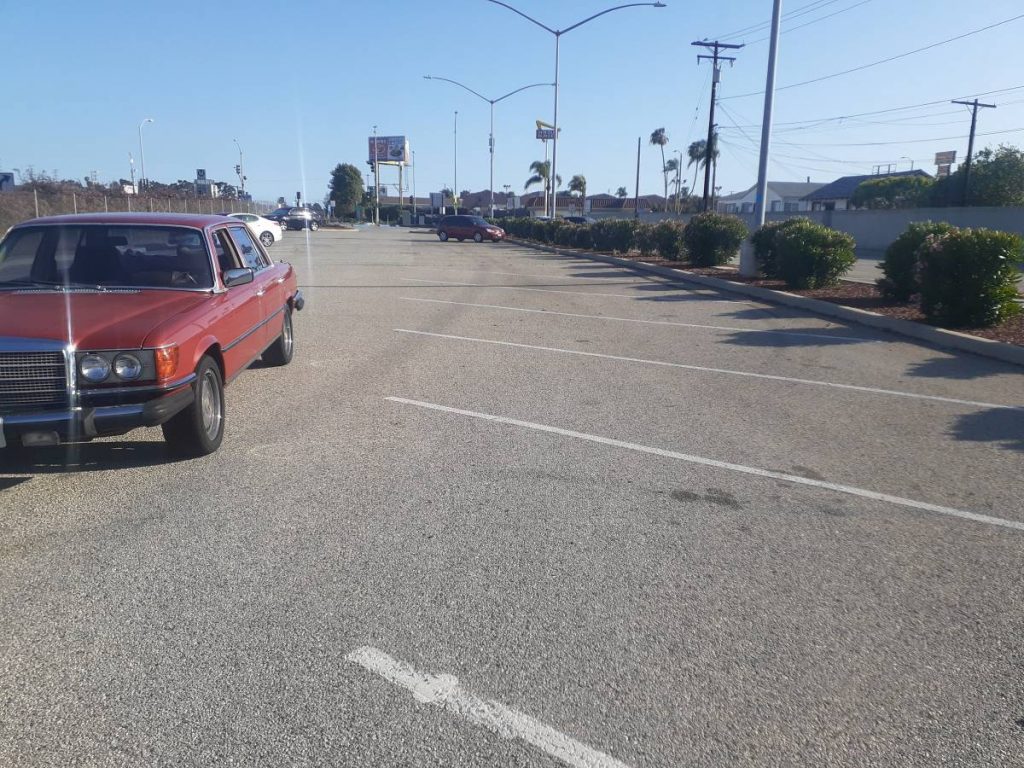 It’s too bad, too, because it’s a handsome car. Granted, W116s (and most ’70s European cars) look a lot better without the gigantic 5 mph bumpers, but if they really bother you, European-style bumpers can be found. The rest of the exterior looks really damn nice, actually, especially for the price. And I don’t know why I’m stuck on unusual reds this week, but this is another great one. See? You can choose a bold color for a luxury car and have it still look classy. 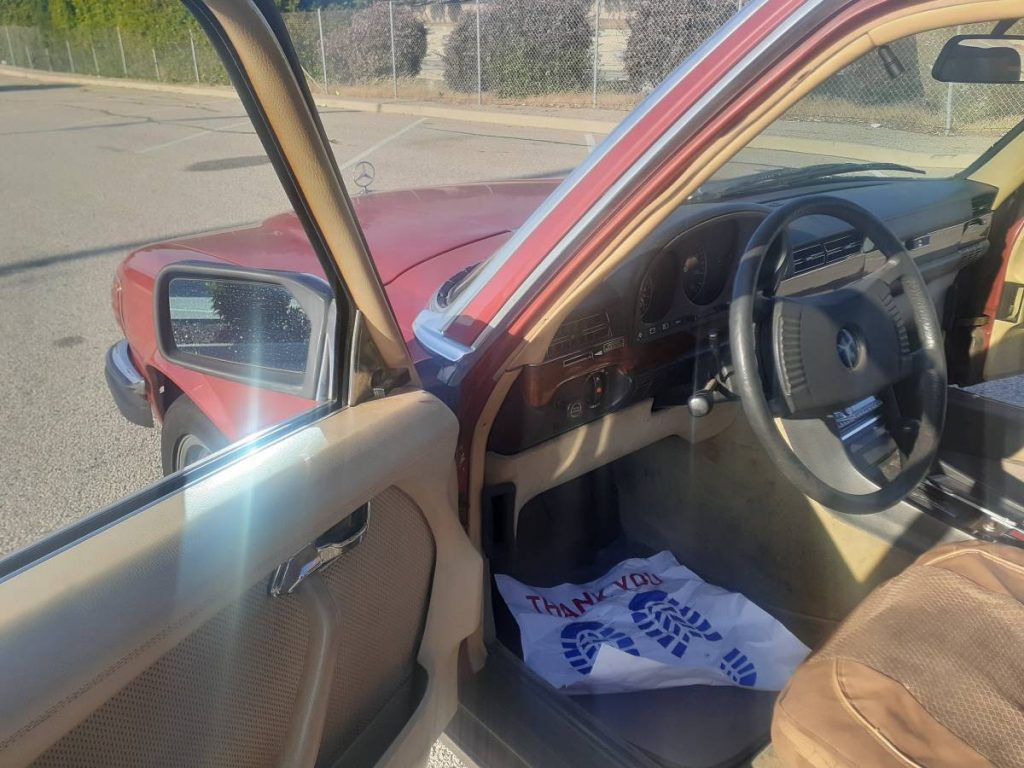 The interior is said to be in “not good” condition, but it’s hard to assess with the seat covers on the front and blankets and towels over the back seat. The dash and door panels sure look fine. But honestly, even if the seats are trashed under those covers, who cares? If this thing runs half as nice as it looks, it could be a steal. 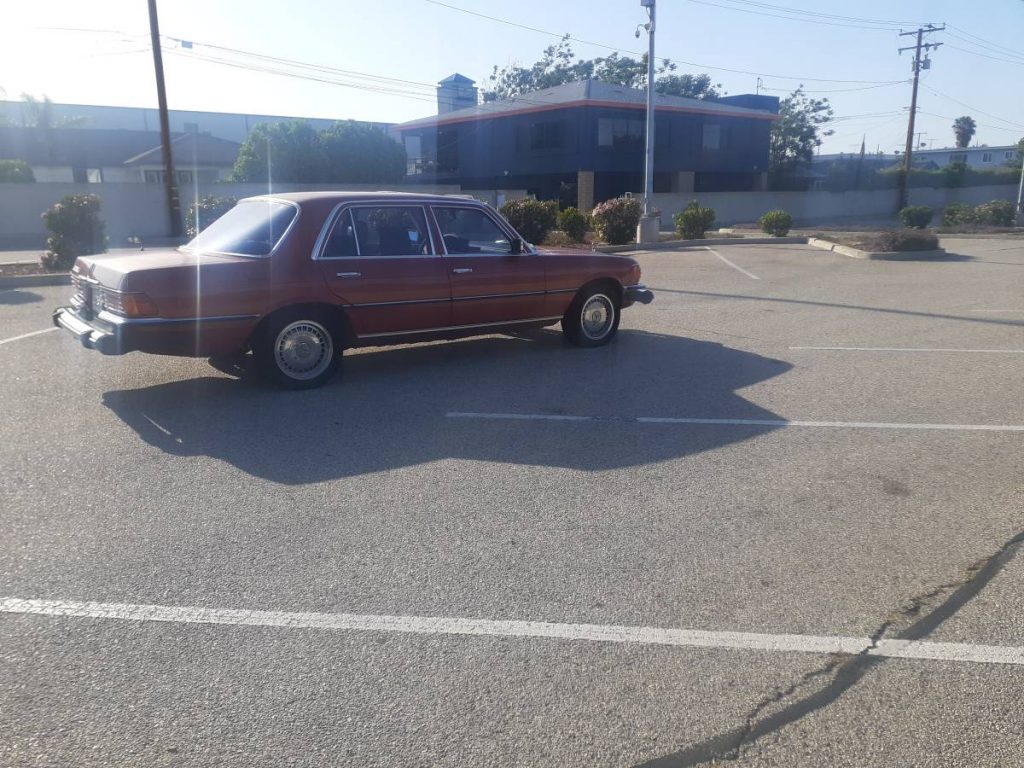 Of course, it’s still a vintage high-end Mercedes, so maintenance is not going to be cheap, especially if you can’t do it yourself. But if you don’t mind tinkering, then you only have to worry about the exorbitant cost of parts. 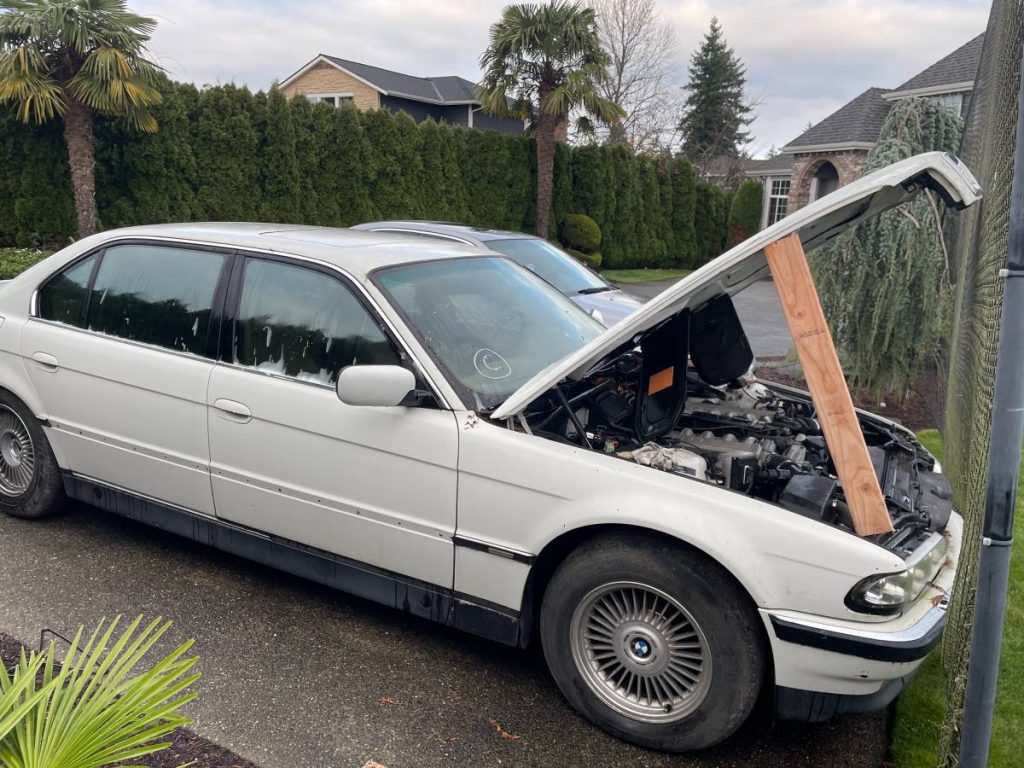 Runs/drives? Not so much

I have to be honest: I assumed our first twelve-cylinder car on here would be a Jaguar. But a photo of a flagship BMW with a 2×4 for a hood prop is like catnip to someone who writes about crappy broken cars. I just couldn’t resist. 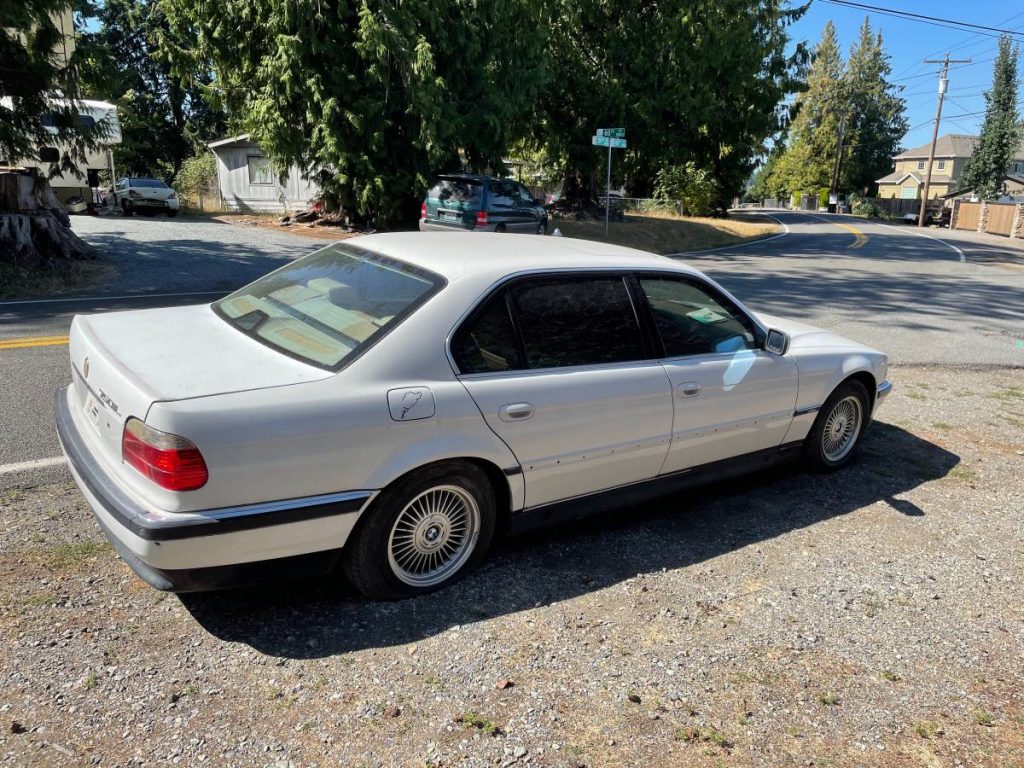 And this thing is a hot mess. The ignition switch is broken, the DME (BMW-speak for engine control module) is toast, and there are markings on the windows that look suspiciously like impound lot scribbles. I get the feeling that this car was stolen, impounded, and then auctioned, which would account for the rebuilt title. Clearly there’s some work to be done before you go living out any James Bond fantasies, but it sounds like most of what you need to get it running is included. 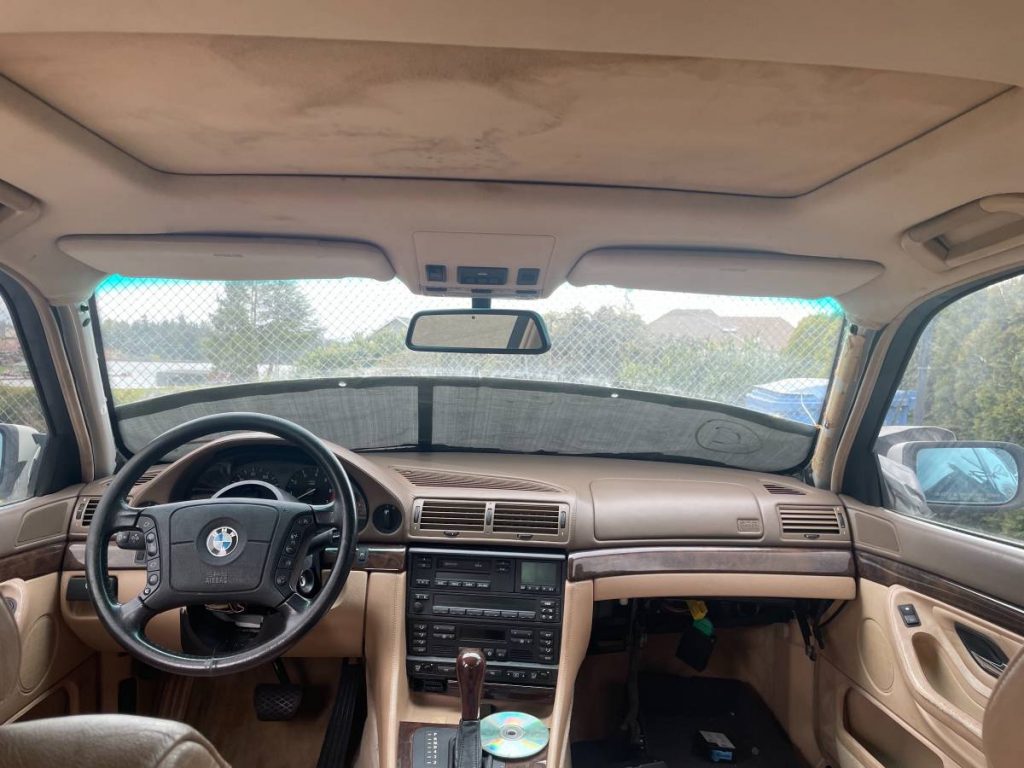 It’s also, for some reason, missing the exhaust system past the headers. Maybe whoever stole it absconded with the catalytic converters before they ditched it. I have no desire to own this car, but I sure would love to be around when whoever buys it fires it up for the first time. I’m curious to hear what a BMW V12 with open headers sounds like. 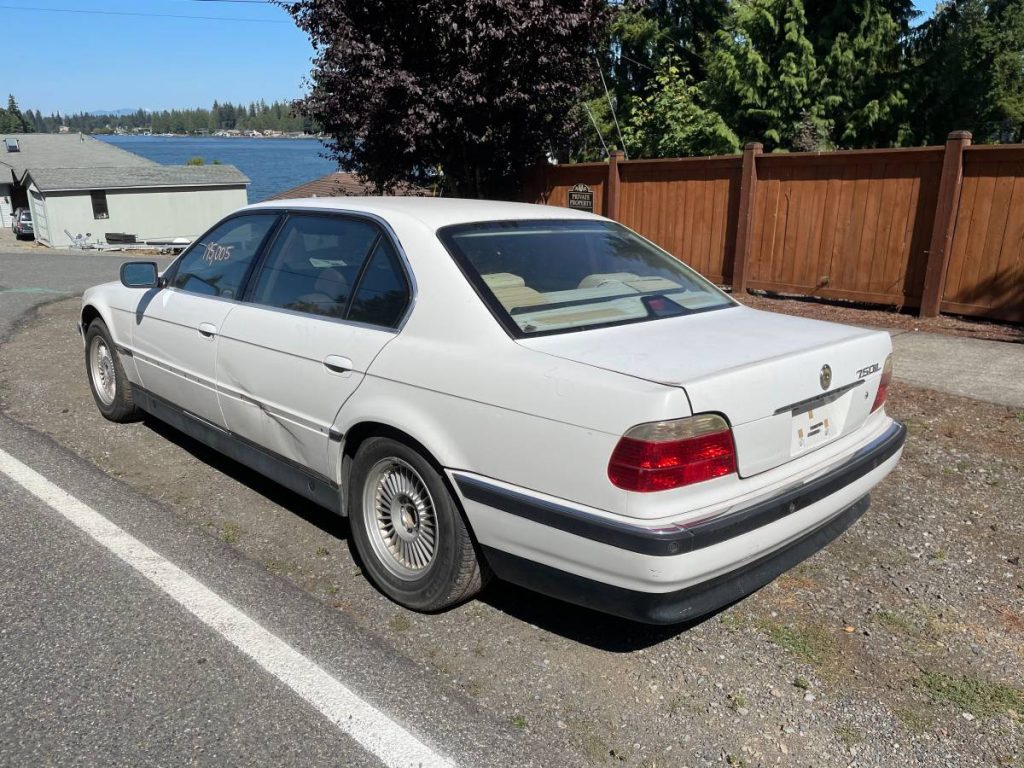 The biggest problem with it that I can see is that one mid-’90s BMW sedan looks pretty much like any other, especially in scruffy beat-up shape like this. You might know it has a twelve-cylinder engine, and you might impress a few people at Cars & Coffee, but otherwise it’s just an expensive, thirsty pain in the ass.

So there they are, two grand old German luxury sedans well past their prime. Which one is more worthy of a spot in your theoretical driveway?