Good morning! Today we’re headed northeast to Boston, Massachusetts to look at a couple of station wagons, for no other reason than I don’t think I’ve ever looked for cars there before. Before we do that, let’s take a look at yesterday’s results:

Huh. Well, you’re wrong, of course. But then, I already have a British sports car, and wouldn’t mind a personal luxury coupe to commute in. But you’re still wrong; the answer is never TR7. Maybe TR8 is sometimes the answer.

You know what’s strange? I’ve owned 32 cars, and regularly driven maybe 20 others owned by significant others, and not one of them has ever been a proper station wagon. I’ve had quite a few hatchbacks, and a couple of SUVs that met the wagon criteria, but nothing the marketing department would have called a wagon. You’d think there would have been an Olds Cutlass Cruiser or a Honda Civic Wagovan or something in there, but no. It’s especially weird because I’ve always liked wagons. I’ve just somehow never had one.

Anyway, we’ve got two of them today, fresh from a lifetime of battle on the mean streets of Boston. One German, one Japanese, both well-used. 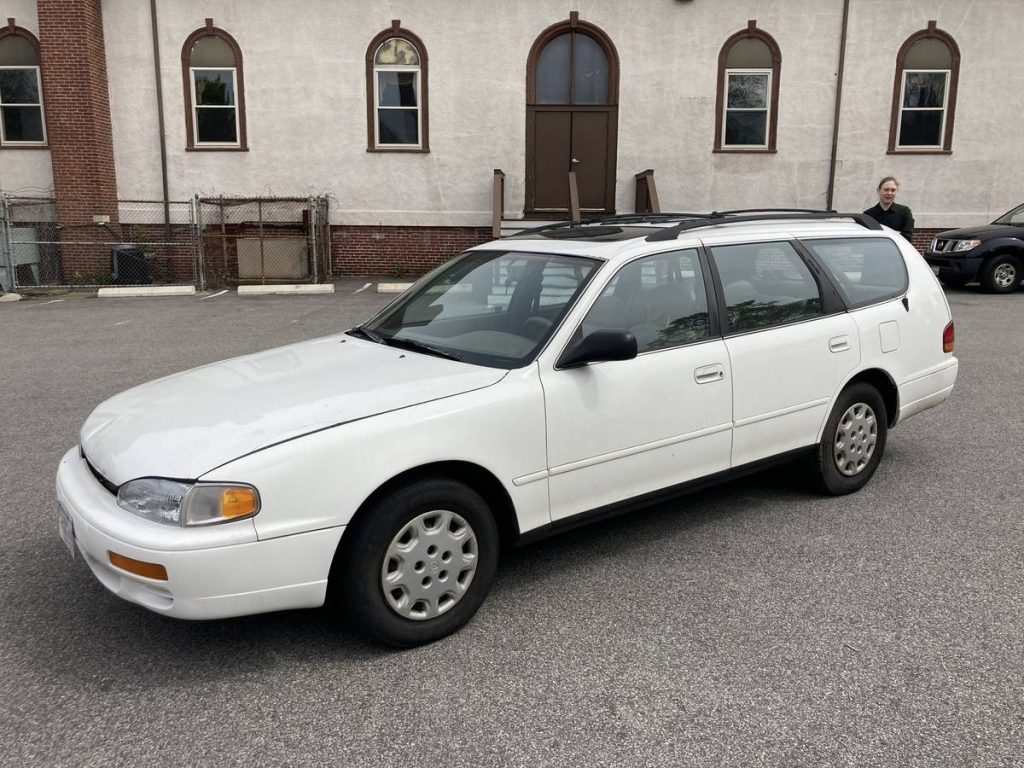 Runs/drives? Yep, but lots of other things are broken, it sounds like

There isn’t a day that goes by writing this feature that I don’t pass over at least half a dozen Camrys. They’re everywhere, they’re just fine, and they’re boring. I’ve included a few here and there, but honestly, I don’t have much to say about them.

But this one is different. Not only does it have a really long roof, not only do the rear side windows look like they’re upside-down – it has two, count’em two, tiny rear window wipers. That’s twice the gunk-clearing power of the leading brand of rear wiper assembly! 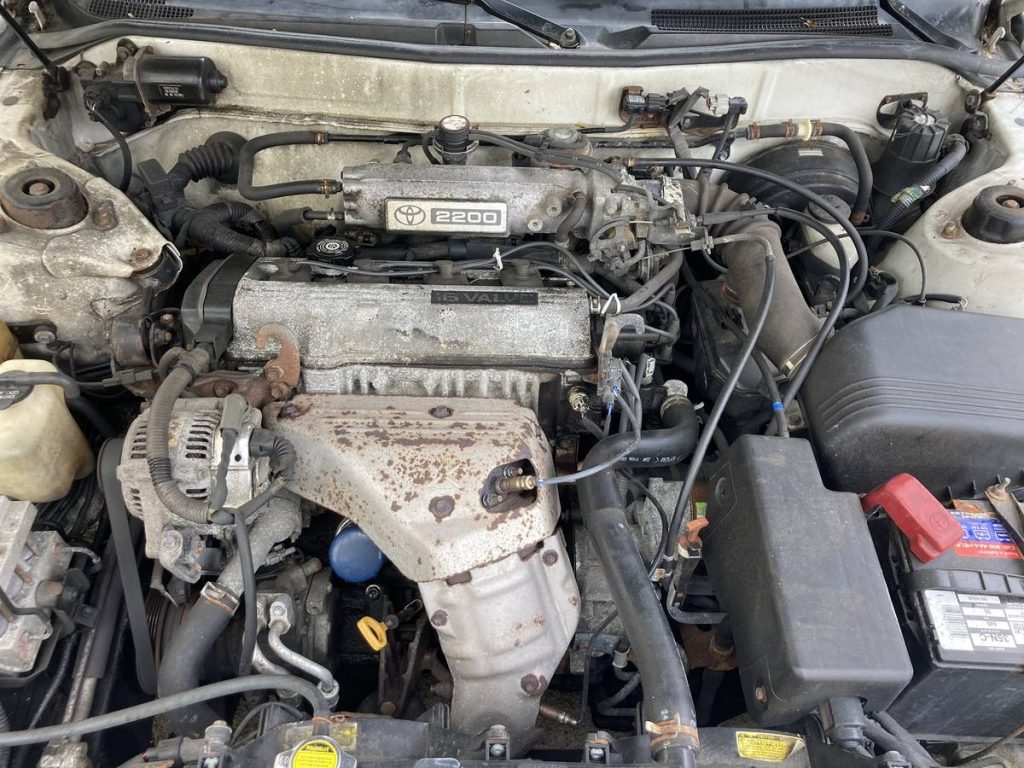 From the middle of the roof forward, it’s bog-standard Camry: a dead-reliable four, an overdrive automatic, excellent ergonomics… you know the drill. Camrys are like that kid in school who always got good grades, never got in trouble, and somehow everybody liked anyway. This one runs and drives, of course; it’s hard to keep these things from doing that. But the HVAC system is non-operational, the windshield is cracked, and it has been bonked in the nose a bit. 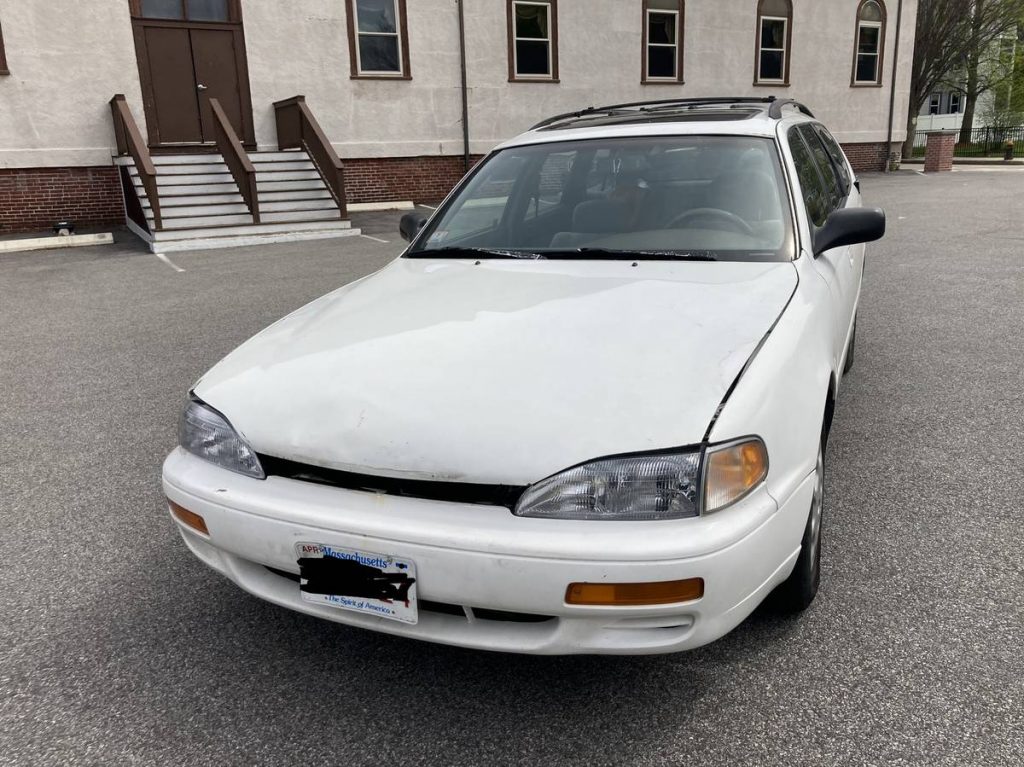 The seller says they were going to restore this car but lost interest. That’s not surprising – the double rear wipers are literally the most interesting thing about this car. Let’s move on, shall we? 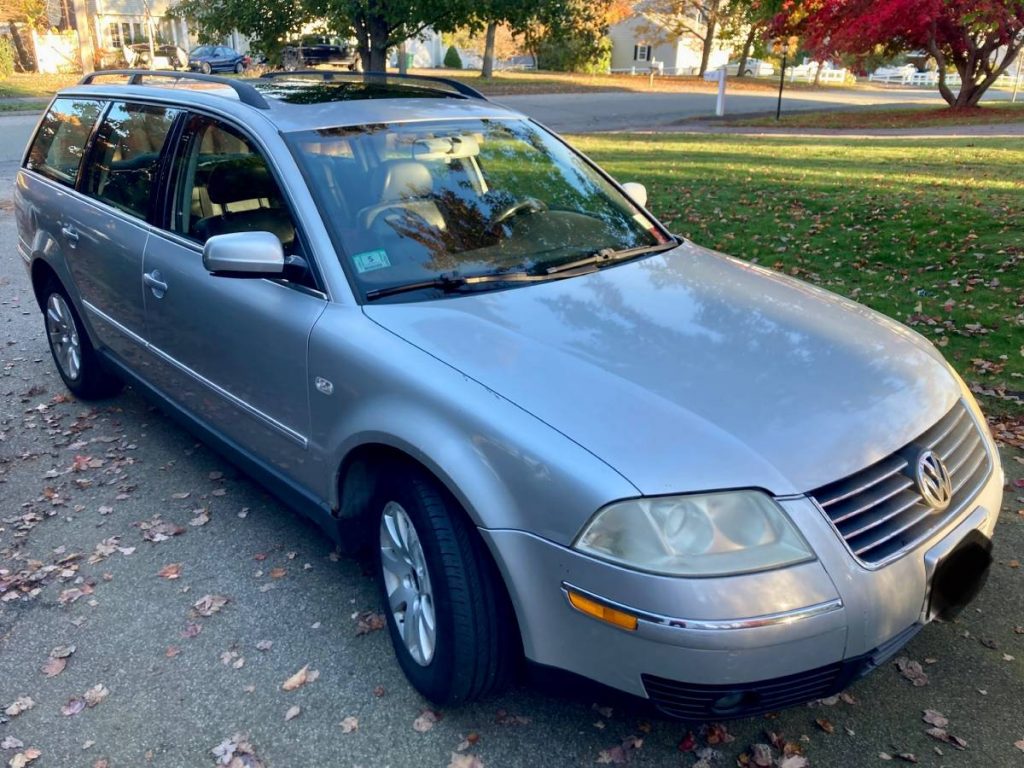 The B5 generation VW Passat is one of those cars I’ve admired since it came out, but have never been brave enough to buy. I’ve driven them, and I really like them, but reports of reliability problems and high maintenance needs have put me off. (I can hear Mercedes now saying “Just do it! They’re not that bad!”) If I were ever to take the plunge, this wouldn’t be a bad spec: 1.8t wagon with a manual. 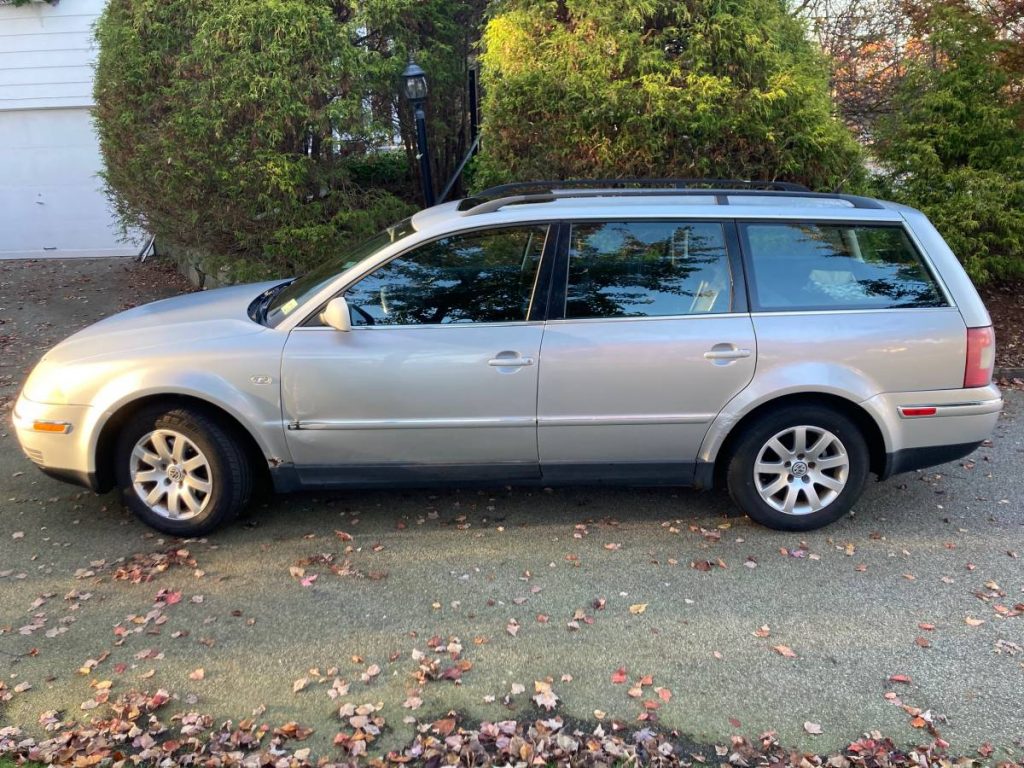 But looking at this one makes me glad I’d be car-hunting on the west coast. The seller says this car has just two little rust spots behind the front wheels. But those aren’t just “rust spots,” sadly: 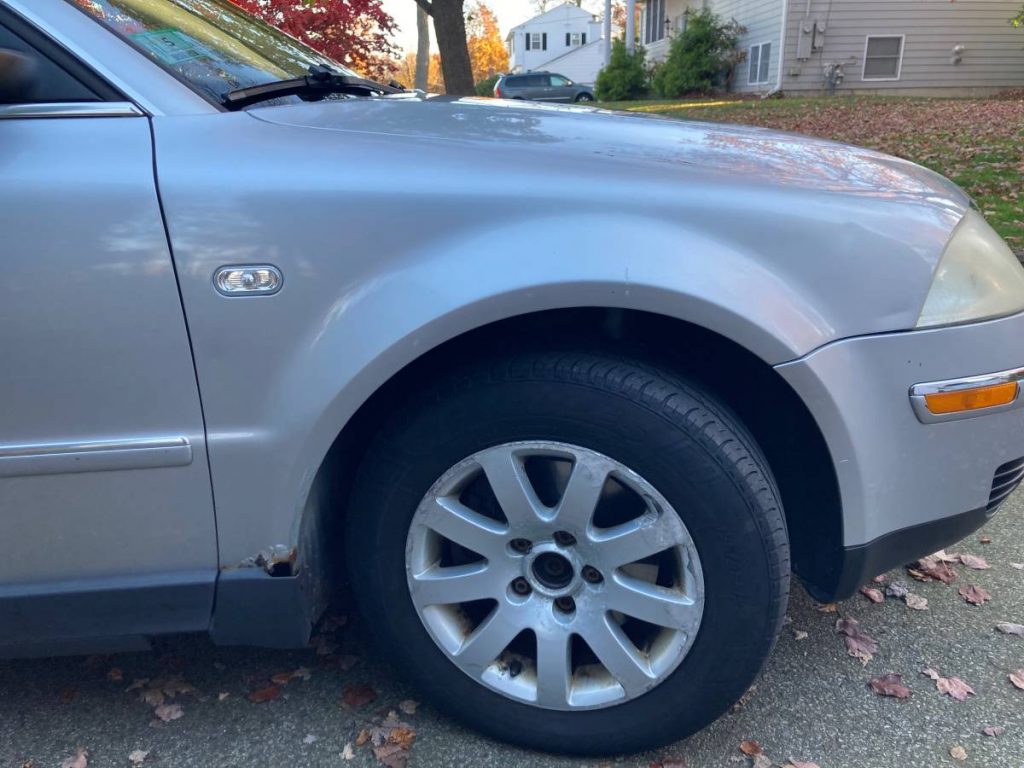 That’s a hole. The bottoms of the front fenders are rusted through from the inside. For those of you who live in sunny climes and have never seen such a thing, that’s bad. There’s nothing holding that plastic cladding in place but a little paint and good luck. And I can only imagine the horror show behind it. Rocker panels? What are those? 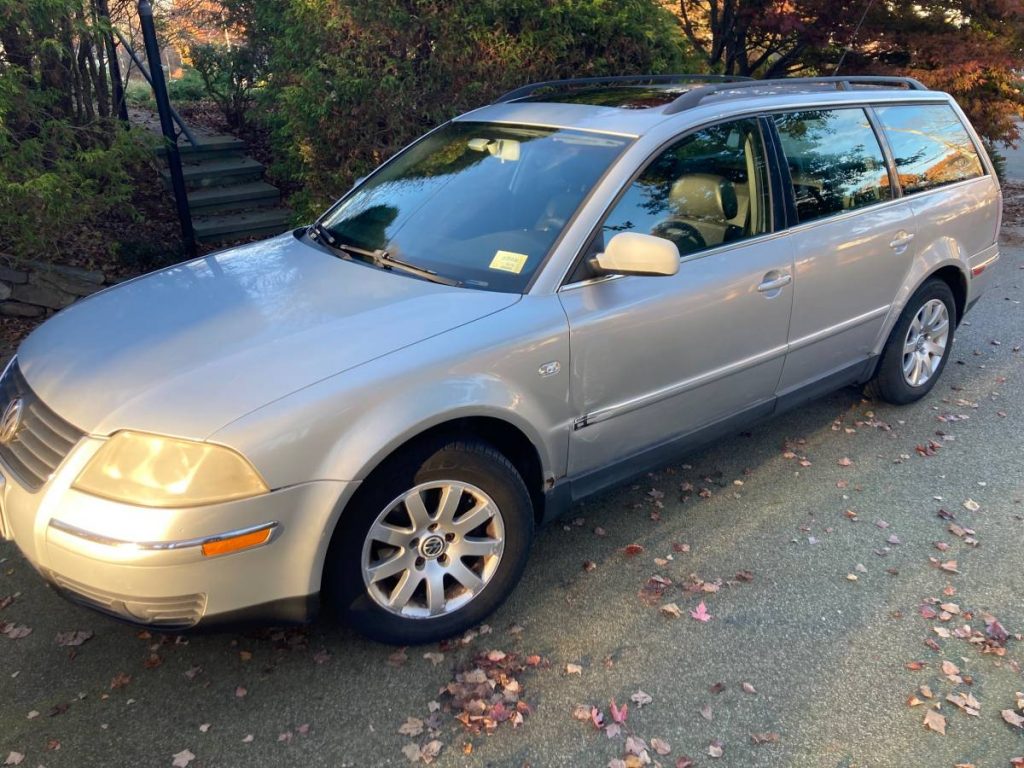 The seller says it runs and drives well, but for Volkswagens of this age, maintenance is king. I’d want to see records of what has been done and when before deciding. The interior “just needing a little cleaning” makes me nervous as well. But it is a stickshift wagon for cheap, and as long as the rust hasn’t progressed to the structural level, it could be a decent beater if everything checks out.

So that’s Thursday for you: a pair of imperfect wagons. Either one could be a decent runabout, both have their drawbacks, but for this price you have to expect some flaws. Which one are you more willing to put up with?