Welcome back to Shitbox Showdown! On today’s edition, we’re paying Ford Motor Company a visit, and looking at two very different cars with the same name, both named after a Roman god and a large cat. But before we get there, let’s check back in with Pontiac:

Well, turn off the Iron Maiden and crank up the Dean Martin, because the old Chieftain is the winner. (And I just now noticed I spelled “Chieftain” wrong in the poll. Dangit. Oh well.) If anybody does buy it, my finder’s fee for this one will be my pick of the records in those boxes. Sound fair?

If there’s a common theme among the dead brands we’ve been looking at, it’s that they were largely superfluous. You don’t need twins of the same car with different grilles sold at different dealerships, especially these days when the concept of dealerships is showing its age anyway. These brands tried, oh how they tried, to differentiate themselves from their better-known kin, but in the end there just really wasn’t much point.

Which leads us to Mercury, whose cars often amounted to “also a Ford.” In fact, I chose two Cougars for today, because we’ve done Tauruses and Crown Vics, and I just couldn’t bring myself to write about Sables and/or Grand Marquises (or is it “Grands Marquis,” like “Attorneys General”?).

The Cougar is an interesting nameplate anyway, because it bounced around to so many different Ford platforms. It has at various points been based on the Mustang, Torino, LTD, Thunderbird, and Contour/Mondeo. It also changed names a couple of times in the ’80s: first it was Mercury Cougar, then Mercury Cougar Mellencamp, then for a while just Mercury Mellencamp. (Oh come on; I had to.)

Today, we’re going to look at the penultimate and ultimate iterations of the Cougar, and apart from name, they couldn’t be more different. You’ll have to decide which is the nicer kitty. 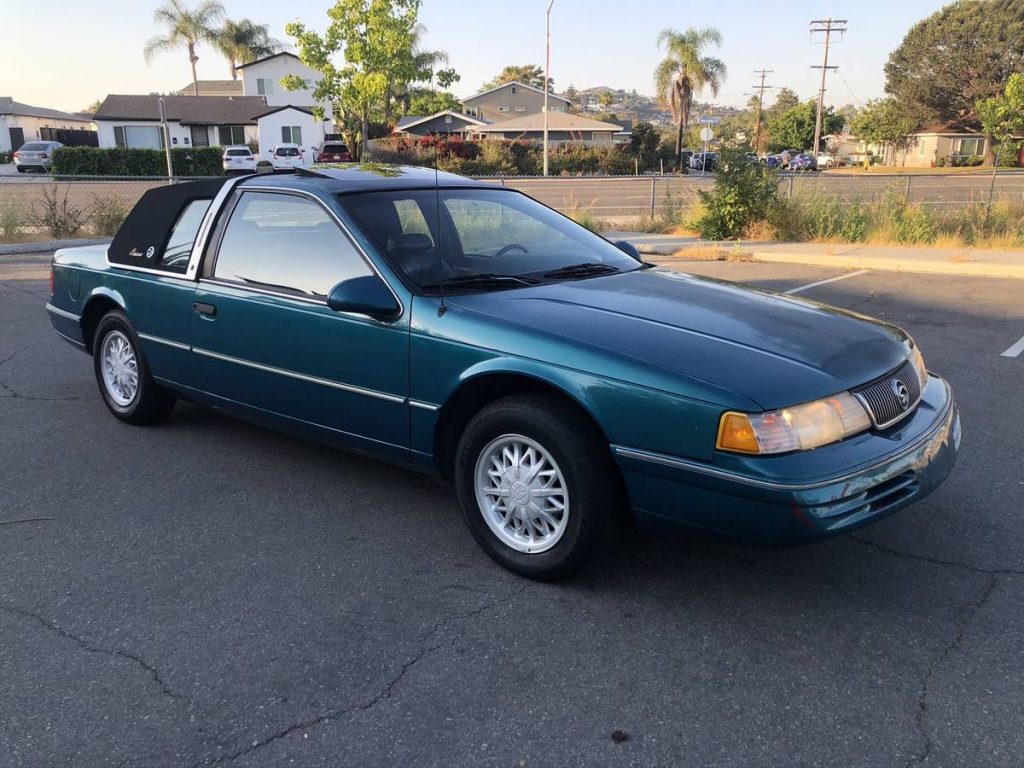 This generation of the Cougar/Thunderbird, introduced in 1989, had the chassis designation “MN12” within Ford, and it was a clean-sheet design, carrying nothing over from the aging Fox platform except the base engine, which remained Ford’s long-lived Essex 3.8 liter V6. The rest of the car was new, featuring independent suspension all around and a lower, wider stance. As with the previous generation, this Cougar has a different roofline than its Thunderbird sister; the Cougar retained a more formal, upright rear window. 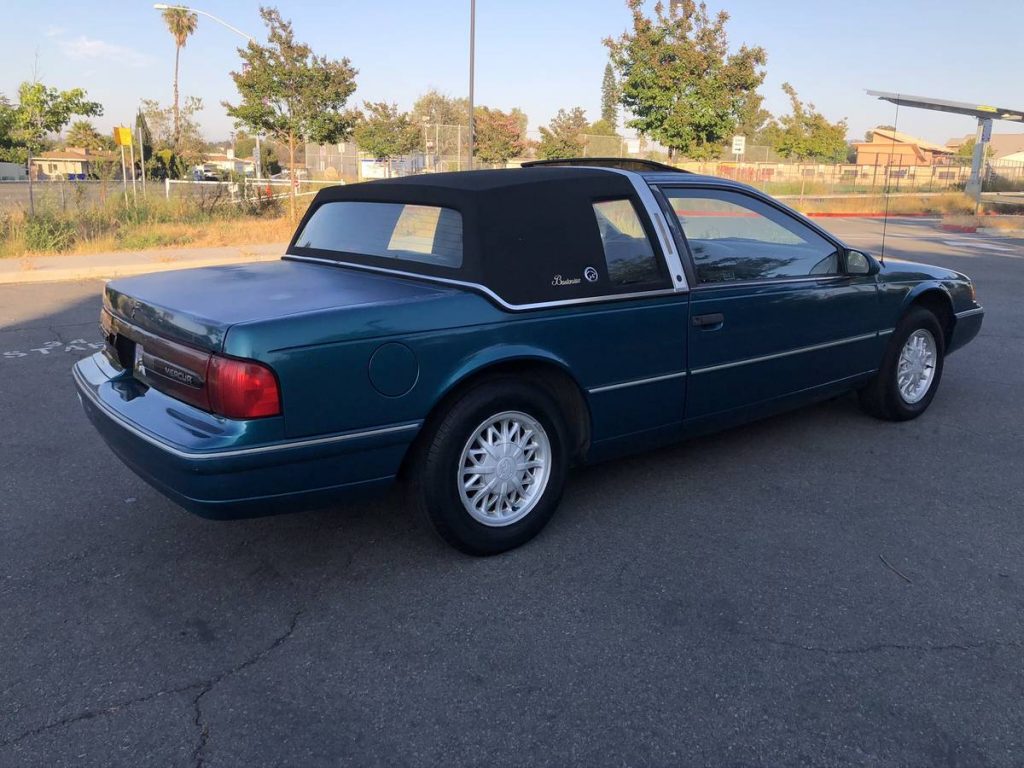 On this particular Cougar, that upright rear window is surrounded by the bad toupée of the automotive world: the landau roof. As a general rule, I dislike these, because they break up a car’s lines and can trap water and cause rust, but on this car I… don’t hate it. At least not vehemently. But it would definitely look better without it. At least it isn’t a full fake convertible top; those are awful. 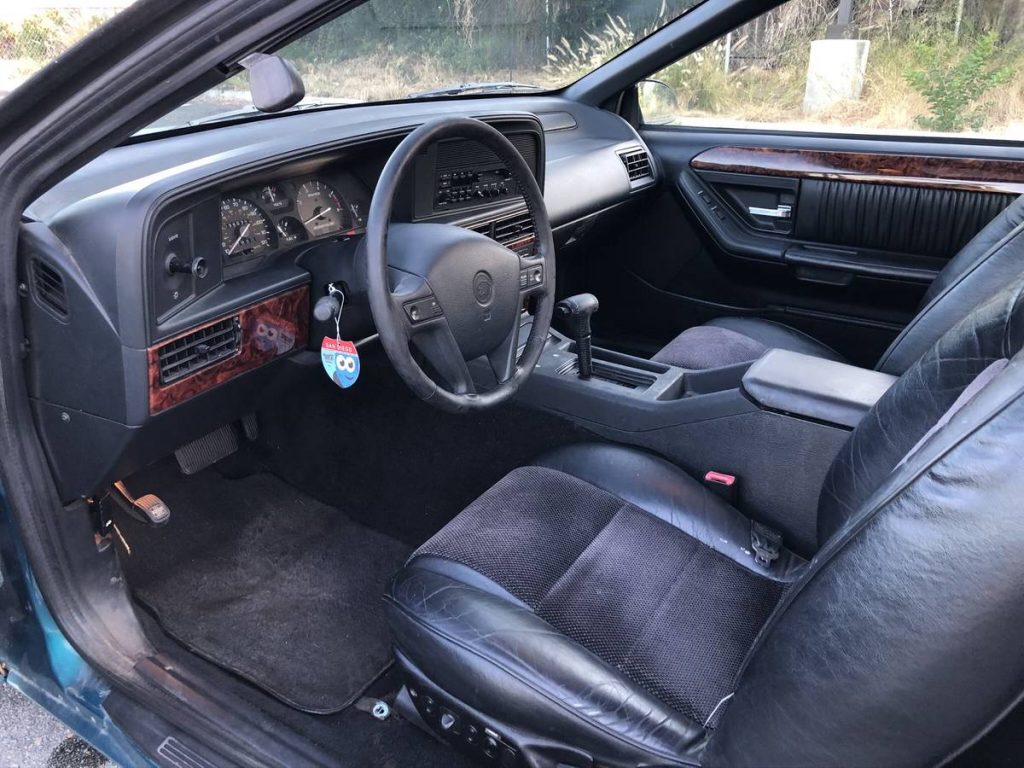 Inside, things are quite a bit nicer, despite a liberal dose of fake woodgrain. But it is also inside where I come to question this car’s age: This is not a 1997 Cougar. By 1994, the Cougar had dual airbags and had done away with the motorized seatbelts. This car is, at the newest, a 1993 model. This discrepancy, along with a salvage title and the fact that the front bumper clearly used to be red, makes me doubt this car’s provenance a bit. 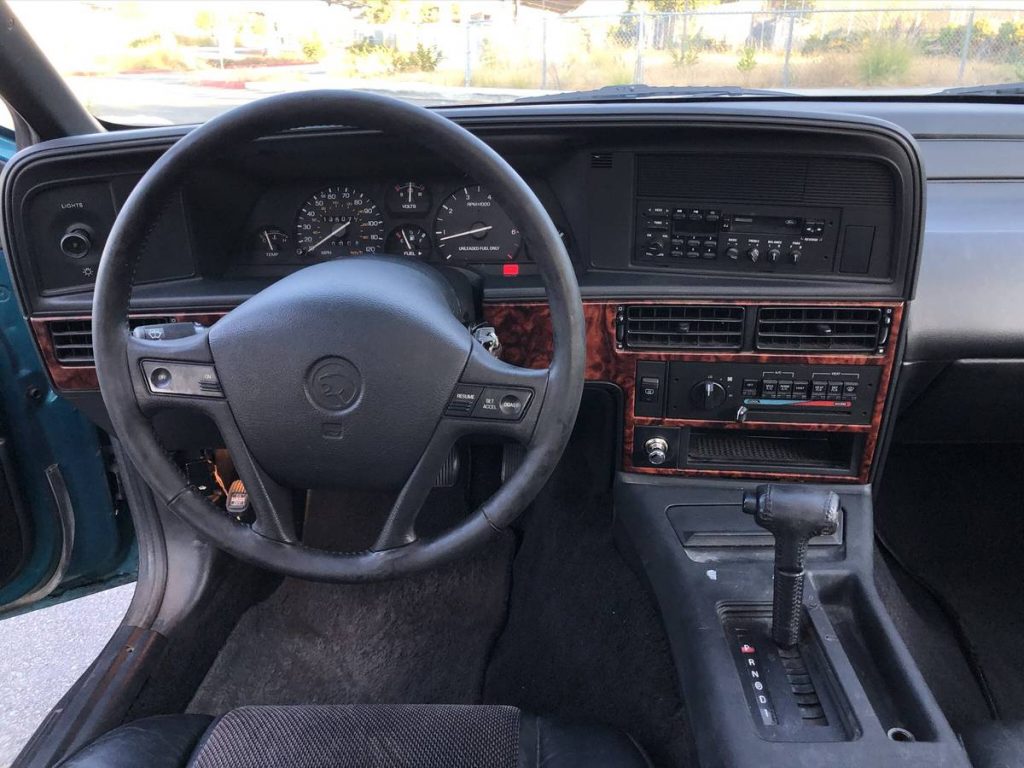 Which is too bad, because I’ve driven a few of these MN12 Thunderbirds and Cougars over the years, and they’re nice cars to drive. Smooth, comfortable, and even the base V6 has enough power for what it is. But that’s where it gets interesting, because if this really is a 1993, and it really is an XR7, then it’s not a V6 at all; it’s a 200-horsepower version of the good old Windsor 302 V8.

But still, check the VIN carefully. Buyer beware and all that. 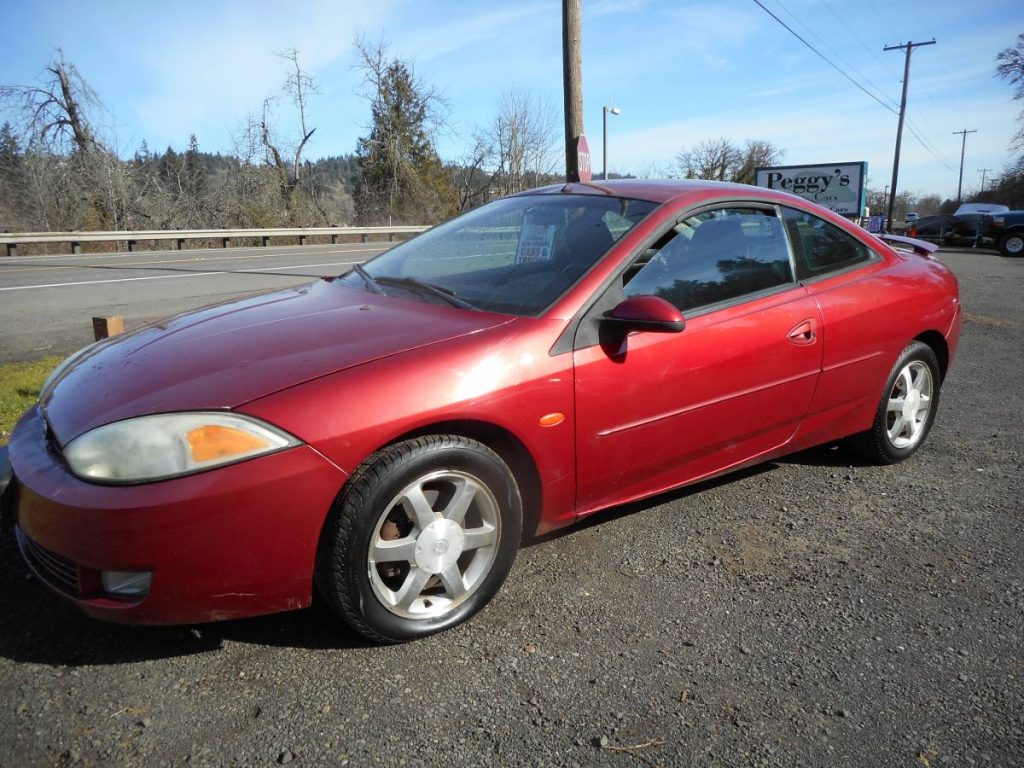 The final car to wear the Cougar badge wasn’t intended to be a Cougar at all, but the third generation of the Ford Probe. The Probe, as some of our readers may recall, was originally supposed to be the 1989 Mustang, but after AutoWeek famously spilled the beans in April of 1987 (in an article I vividly remember reading), the resulting public outcry forced Ford to back off on the idea, keep the Fox-platform Mustang around, and introduce the already-developed car as the Ford Probe. But in 1999, the circle closed when what was to be the next Probe was instead badged as the Mercury Cougar, which started as the Mustang’s sister model from 1967-1973. (Did you follow all that?) 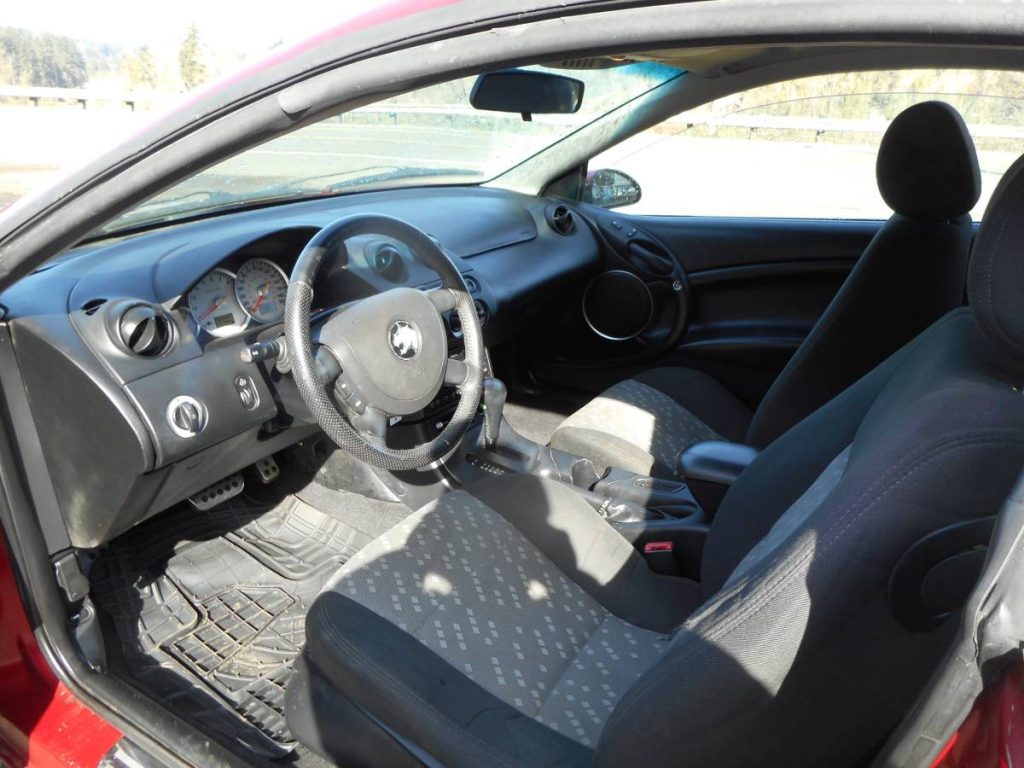 Unlike the Mazda 626-based Probe, this Cougar shares its platform with Ford’s Contour, known in Europe as the Mondeo. It features a 2.5 liter version of Ford’s Duratec V6, and in this particular car, a fun-sucking four-speed automatic. 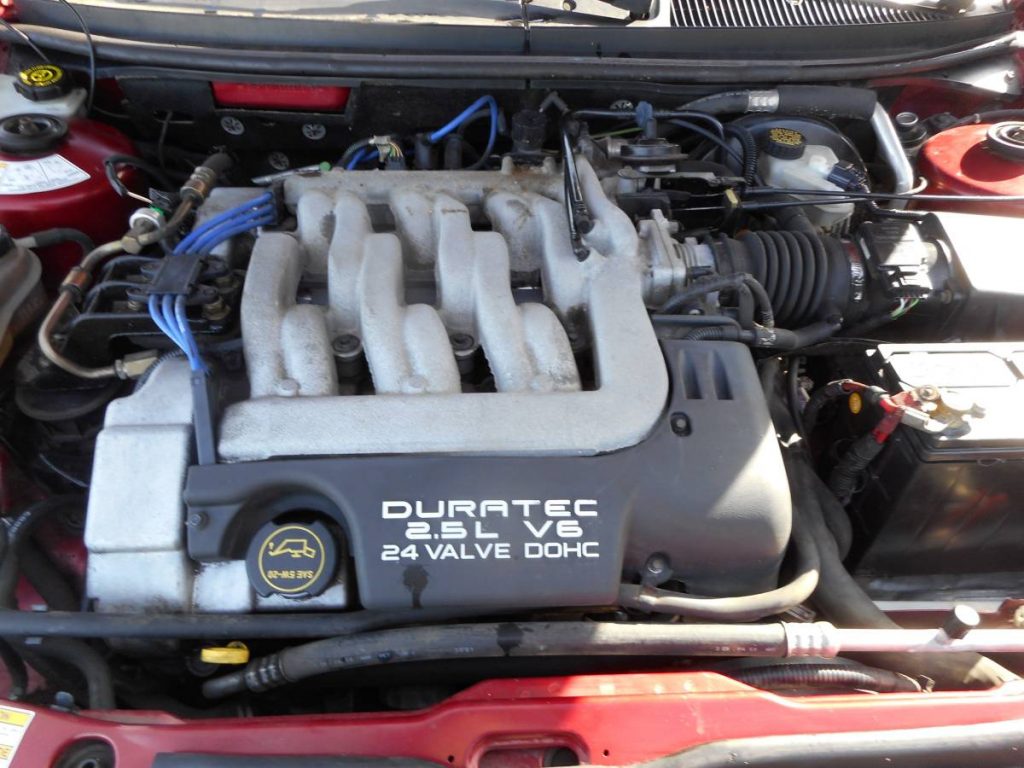 These Cougars have a hit-or-miss reliability reputation, much like the Contour (and Mercury’s version, the Mystique). But this one has fairly low miles, and is in decent shape cosmetically. And the price is low enough. Spotty reliability or not, this one looks like a more honest used car than the older Cougar above. If it checks out mechanically, it could be a good cheap runabout. 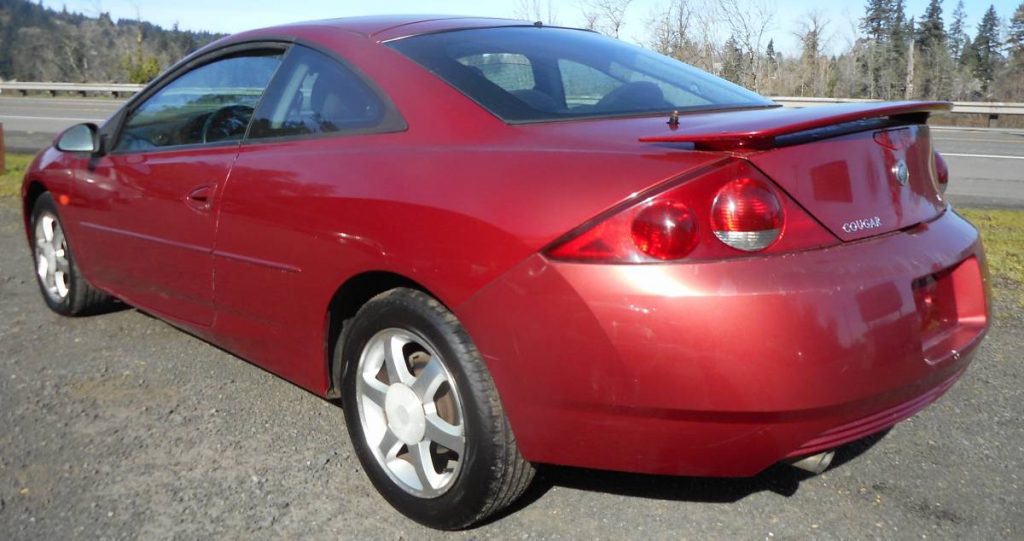 The styling of these last Cougars is not to everyone’s taste, and it looks an awful lot like the Diamond-Star Motors coupes of the day (Mitsubishi Eclipse, Dodge Avenger, etc) from certain angles. But at least they made it a hatchback, so there is some practicality to the design.

And there they are, two different takes on the same idea. Same name, but such radically different cars that they almost don’t seem to be from the same maker. And neither is anything even close to the drop-dead gorgeous red ’71 Cougar convertible that has been seen prowling around southeast Portland recently. But these are in our price range, and I guarantee you that one isn’t.