Facebook-f Twitter Instagram Rss
Menu
Menu
Home » Here’s A Look At The Jeep Avenger, The Very First Fully-Electric Jeep SUV That We Won’t Get In America

Here’s A Look At The Jeep Avenger, The Very First Fully-Electric Jeep SUV That We Won’t Get In America

Jeep hasn’t exactly been at the vanguard of electrification, but the brand feels like it just found a Post-It note under a big stack of unopened bills that reads “Remember to electrify stuff: BIG DEAL don’t forget” and is now doing just that. Our own David Tracy attended Jeep’s 4xe Day virtually, while on the other half of the Earth, and we’ve now seen where Jeep is headed, EV-wise, with its off-road-capable Recon. But Jeep is just getting started with its stated plan to be “the global zero-emission SUV leader,” and part of that includes small SUVs for the European market, like the one I’m going to tell you about now, the Avenger. 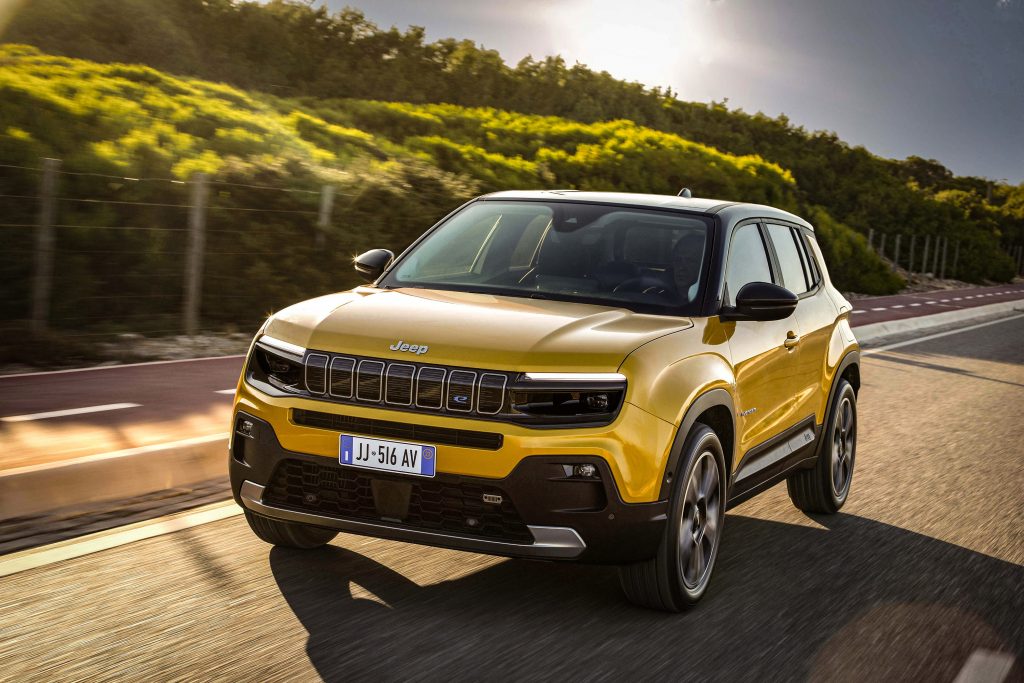 Stellantis has come right out and said that the Avenger is too small for the American market, and then explained this further with a silly word (emphasis mine):

“…developing a portfolio of capable, fully electric vehicles designed and rightsized for Europe.”

Goofy marketing words or not, Stellantis isn’t wrong, because the Avenger is a size of vehicle that makes a ton of sense for Europe, where vehicles of this size class are sold by the metric bushel. The size also makes sense for Japan and South Korea, where the Avenger will be sold as well. 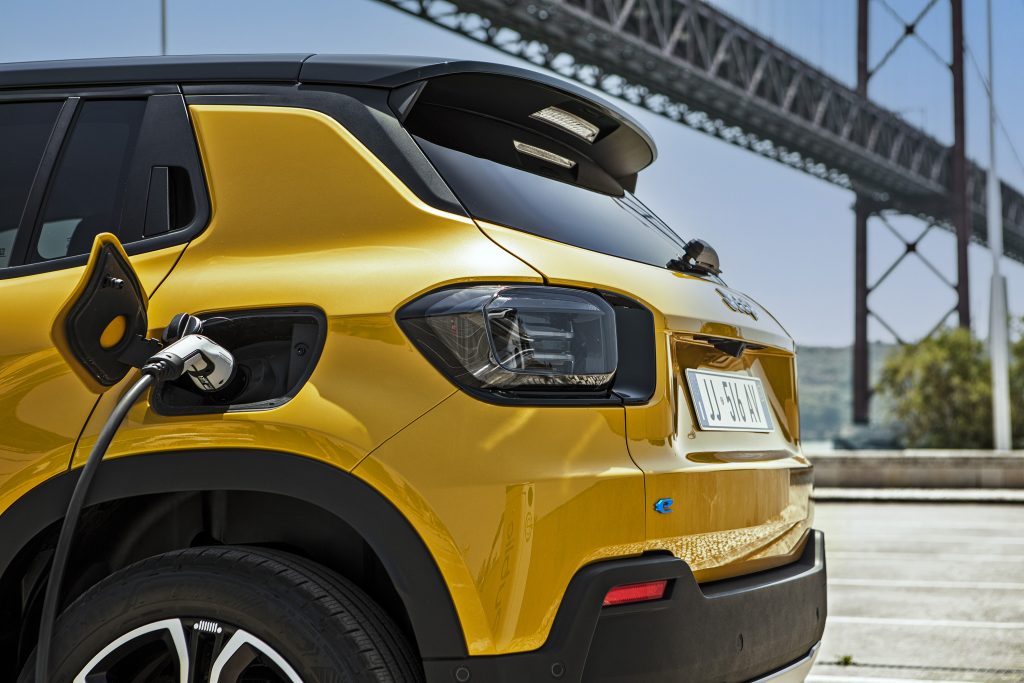 Jeep said it’s targeting a range of 400 kilometers/about 250 miles, and its stated that “…this new SUV will offer impressive ground clearance, breakover and approach angles for its segment…” This at least suggests Jeep giving a bit of thought to the car’s off-road capabilities, though I suspect that the actual use case of these will be general-use city and some highway driving by people who just want to feel like they could take it off road if they had to, like if a yeti escaped from the zoo and was terrorizing the suburbs of Amsterdam, or something.

Want to hear some marketing talk about the Avenger? Too bad!

“The all-new Avenger will offer Jeep brand capability that is rightsized for the European market. This modern, fun and emotional SUV will appeal to a growing set of customers who are looking for a capable, compact, modern and all-electric Jeep brand alternative to the current players.” 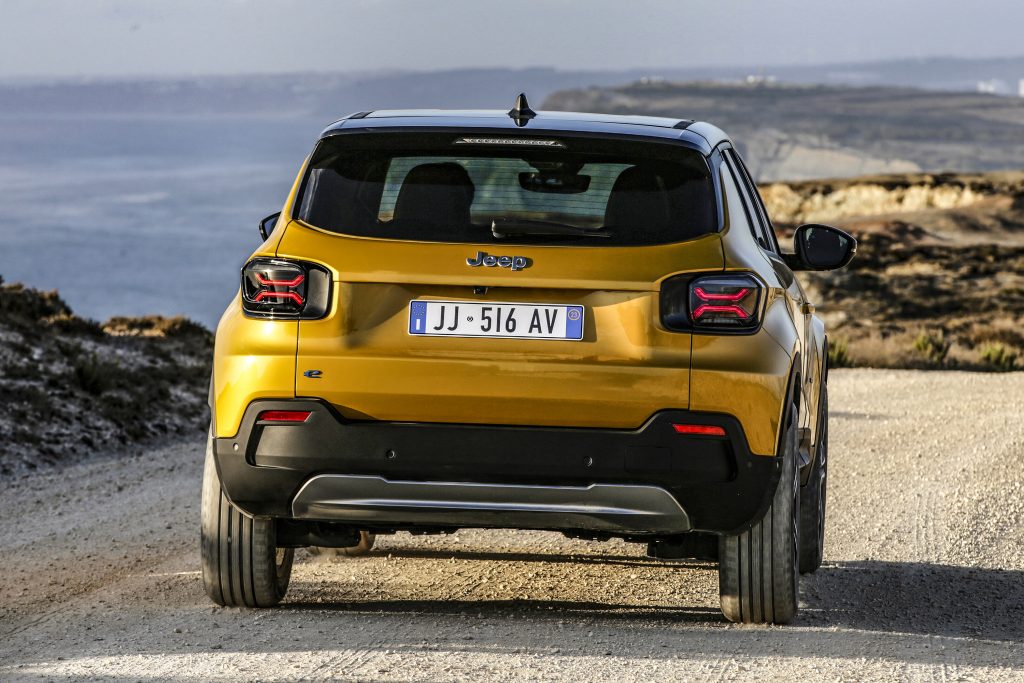 The Avenger will be positioned below the Renegade, and be built at “high-efficiency plant in Tychy, Poland.” In a lot of ways, it makes sense to think of it as a sort of electrified Renegade, which is similar in size and design to the Avenger, which is a usable, small (hopefully affordable) EV with enough of that rugged-looking Jeep brand identity and styling and maybe just enough off-road capability to make it stand out from other small EV crossovers and SUVs. 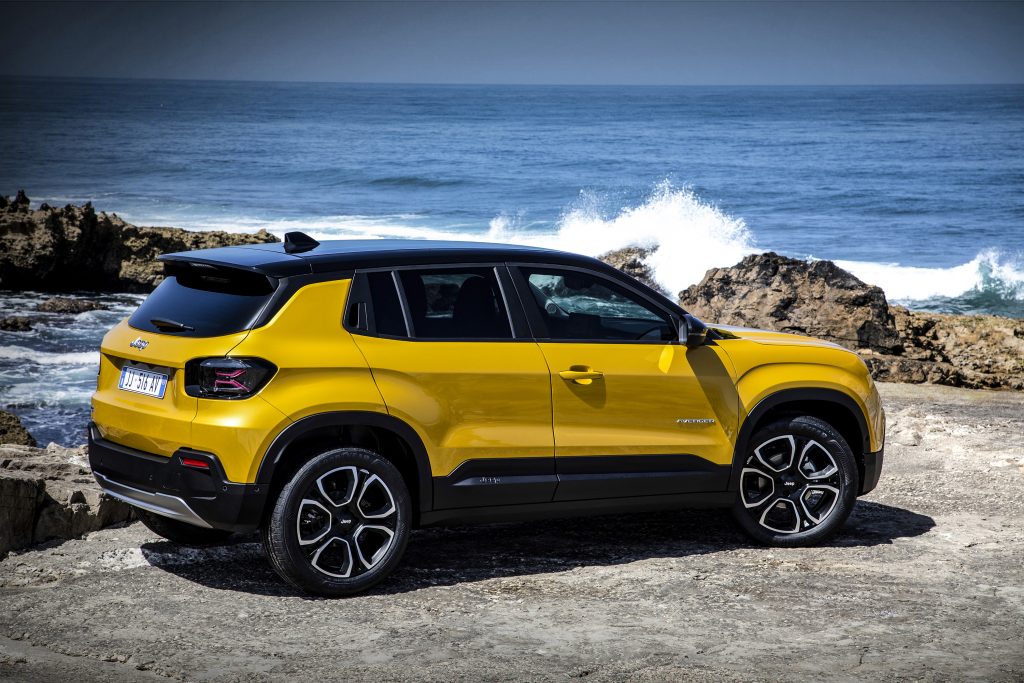 It’s a fairly attractive chunky little SUV, with that shark fin-like C-pillar and black, floating roof (notably, the lack of a cargo area window means it is Not A Wagon), and there are some nice graphical touches that develop from the Renegade design language in the taillights and front end.

Jeep will officially show the Avenger at the Paris Motor Show on October 17, where hopefully they’ll announce pricing, and the car should show up in Jeep showrooms in early 2023. 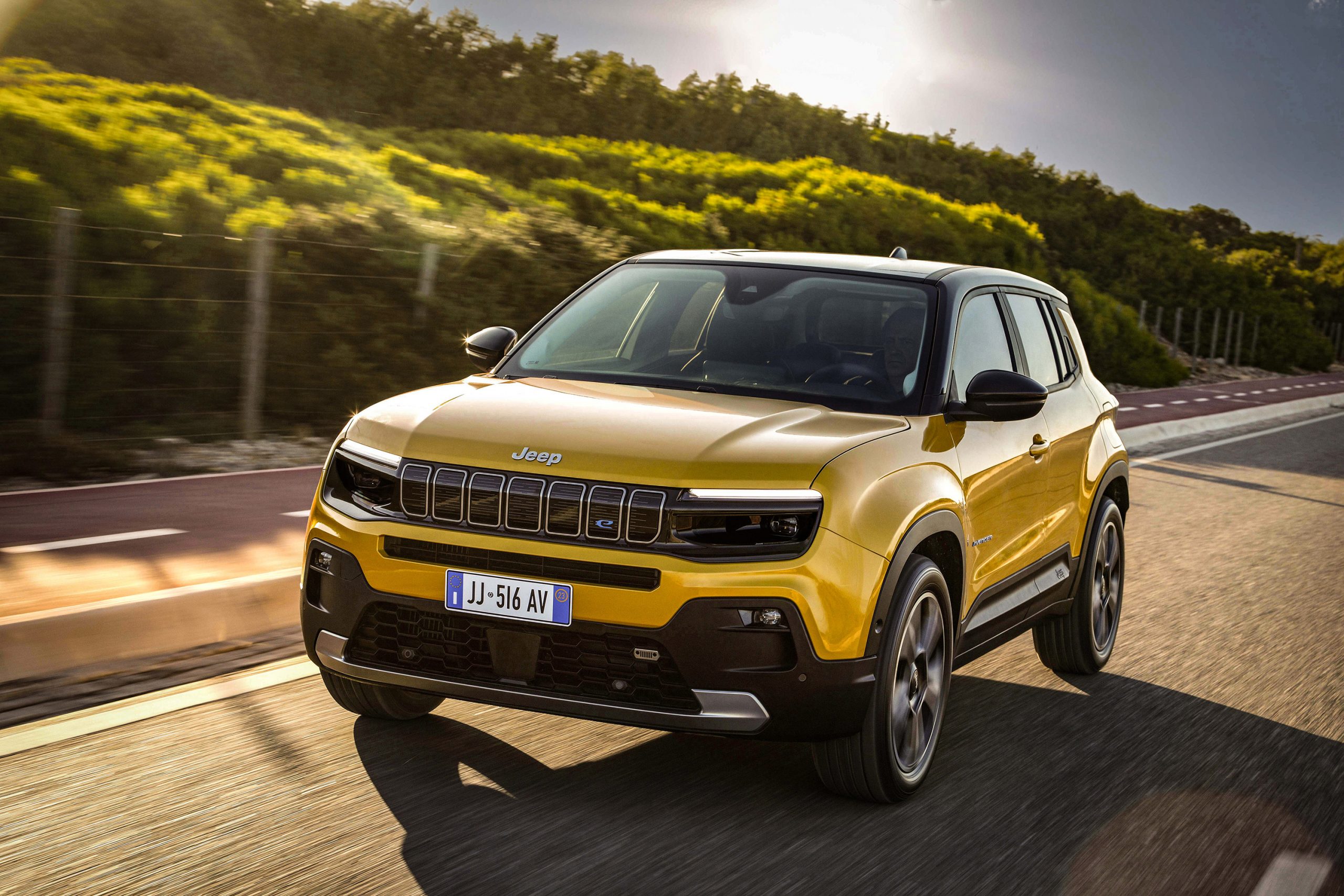 Read All My Posts »
PrevPreviousHere It Is, The Best Car I Saw In Copenhagen: Cold Start
NextIt’s Not Easy Being Green: 1978 Plymouth Volaré vs 1976 Ford PintoNext